Jeff, Tommy and Matt Vee, national music scene veterans and sons and nephew respectively of the legendary Bobby Vee, join forces with their family and friends as The KILLER VEES to celebrate timeless music classics from a wide variety of eras. Known as the “rhythm section to the stars” The KILLER VEES have toured and performed with a virtual who’s who in the music business: Chuck Berry, Roy Orbison, Paul McCartney, Little Richard, Jerry Lee Lewis and Ronnie Wood just to name a few! Coming from a musical family of the late Bobby Vee, the KILLER VEES are joined by Matt’s wife Julie Velline on vocals, McKnight Fellow and composer George Maurer on keyboards and guitar king Kurt “Lightning” Rodman. It’s going to be a high-energy rockin’ night!  ~  Carlos Creek Winery 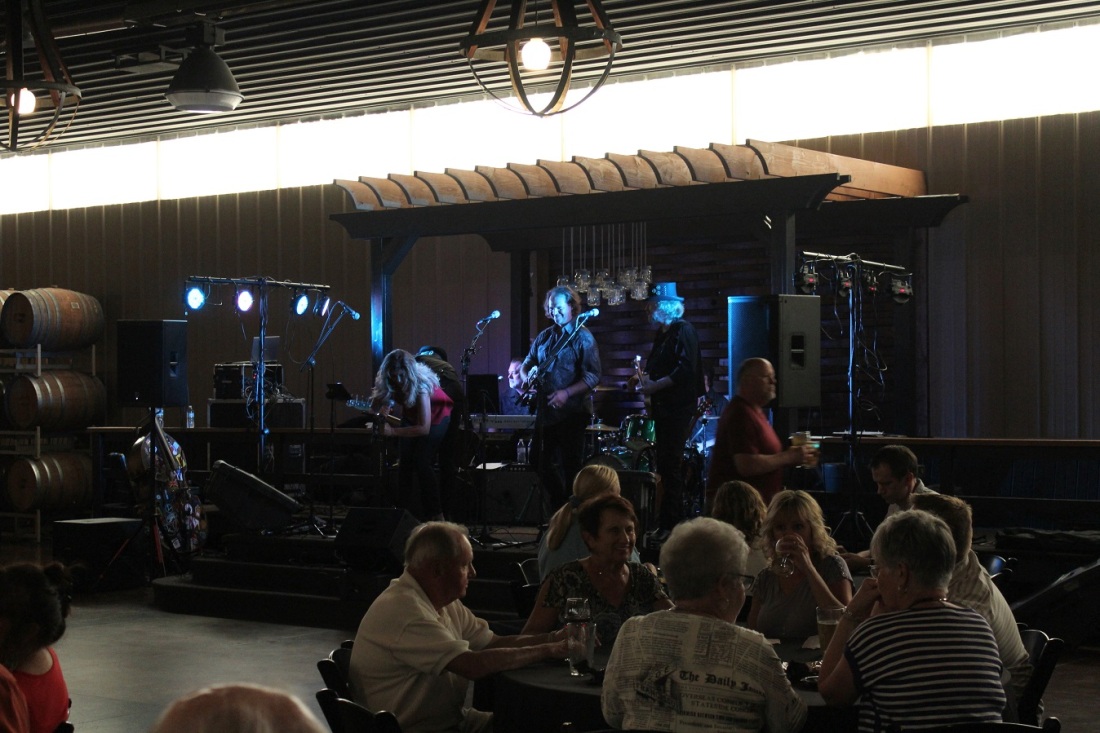 [The SOLD OUT crowd readies for a night of classic rock and roll!] 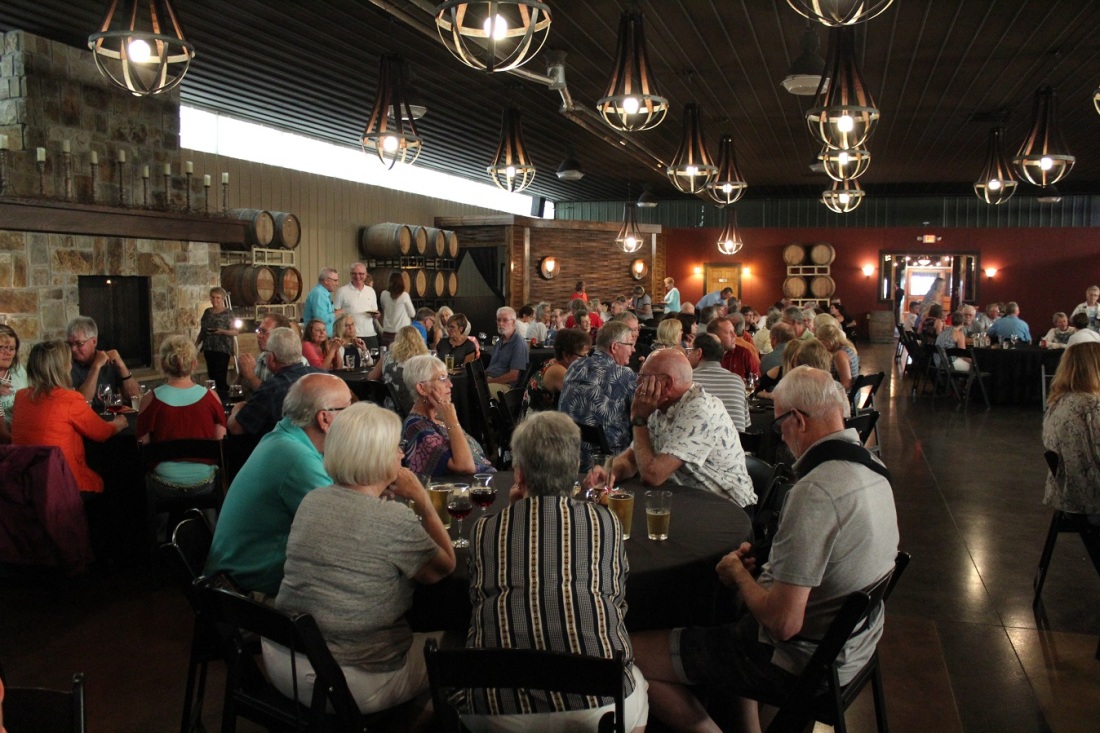 [Julie and Matt survey the crowd before commencement . . . ] 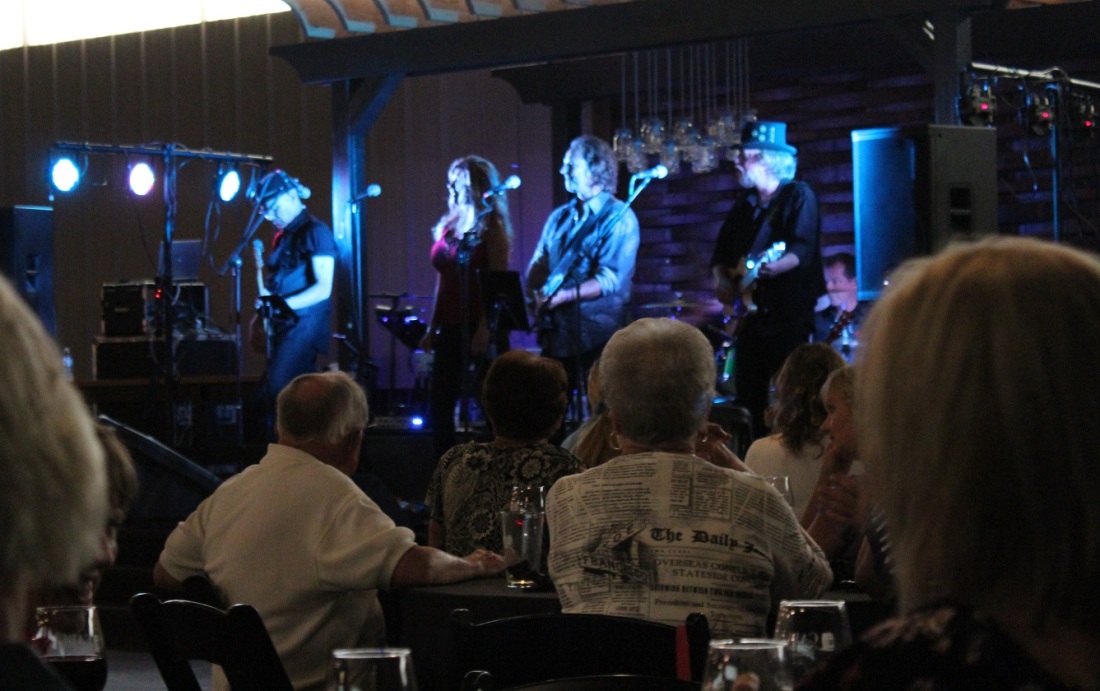 [Sharing a table with three generations of the family Berg – thus, triple coverage . . . ] 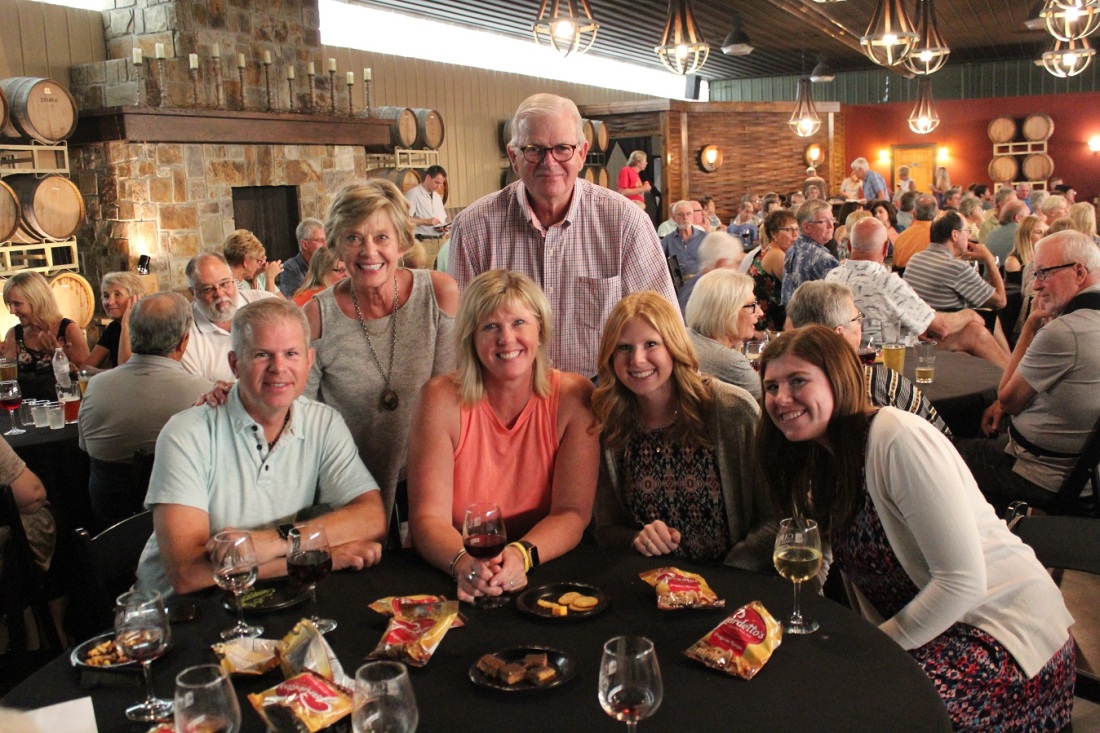 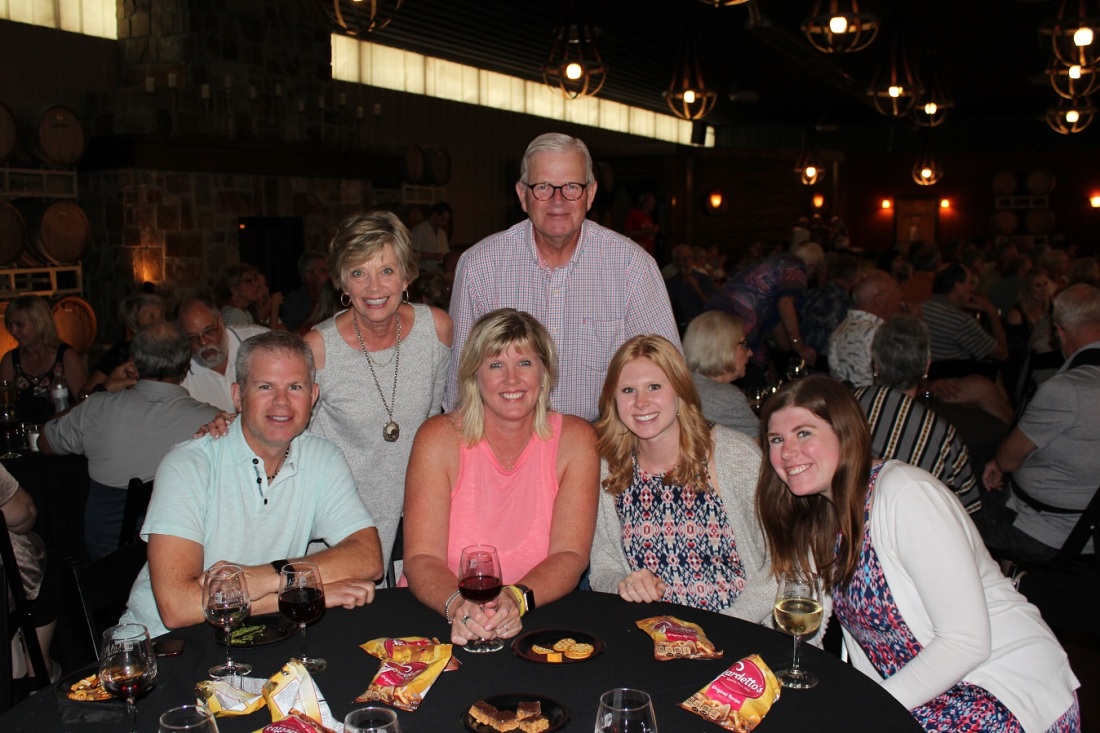 [The Medicare crowd was pretty nimble on its collective feet!] 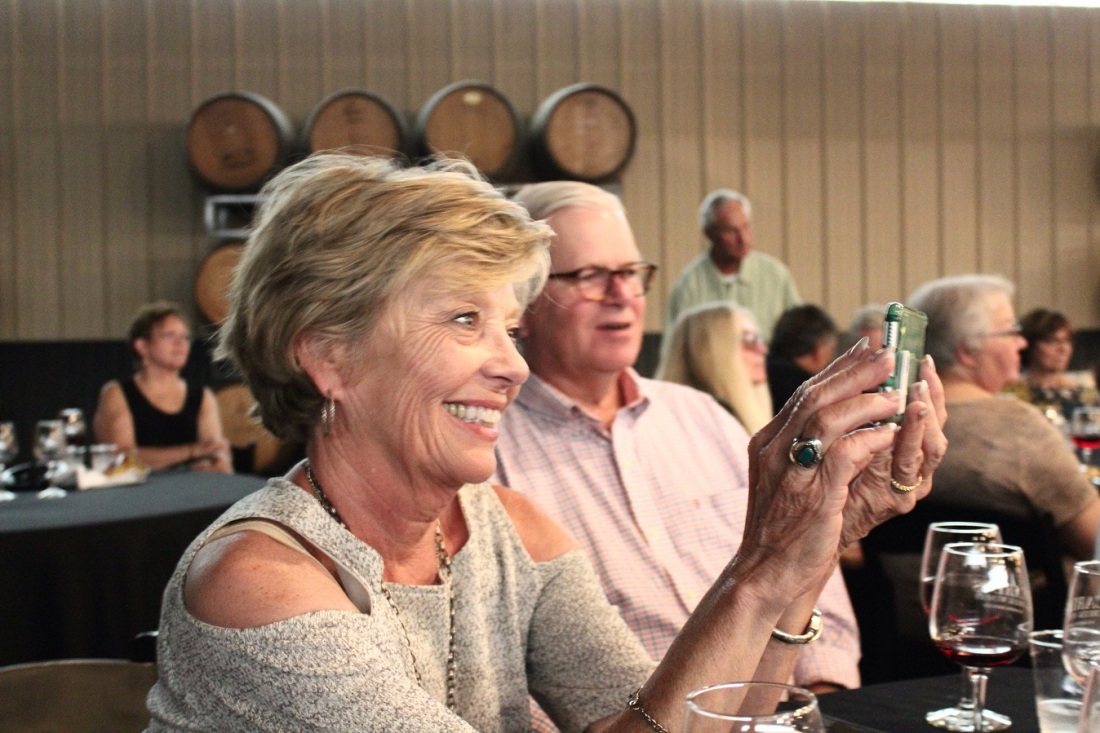 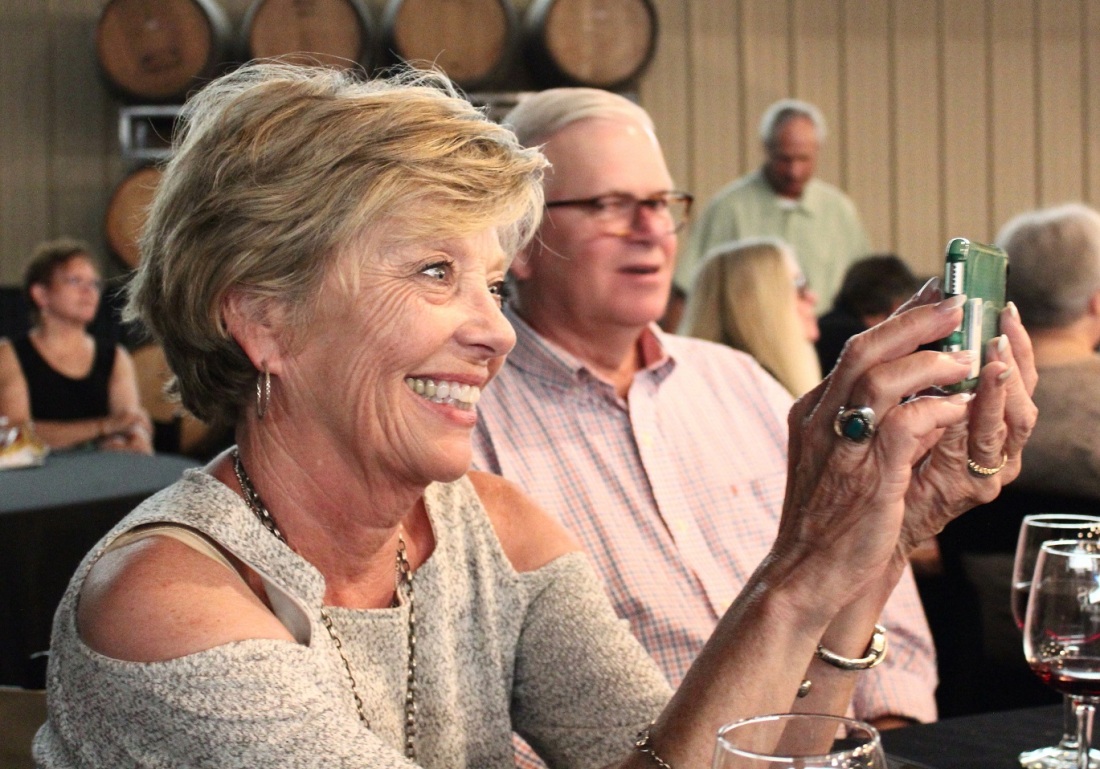 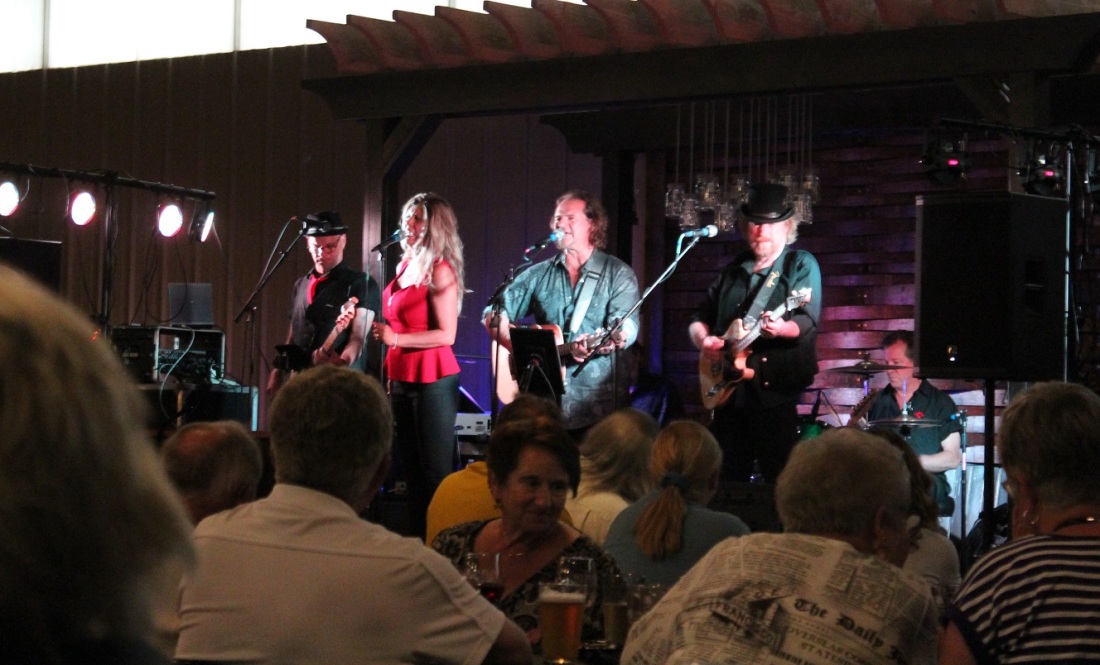 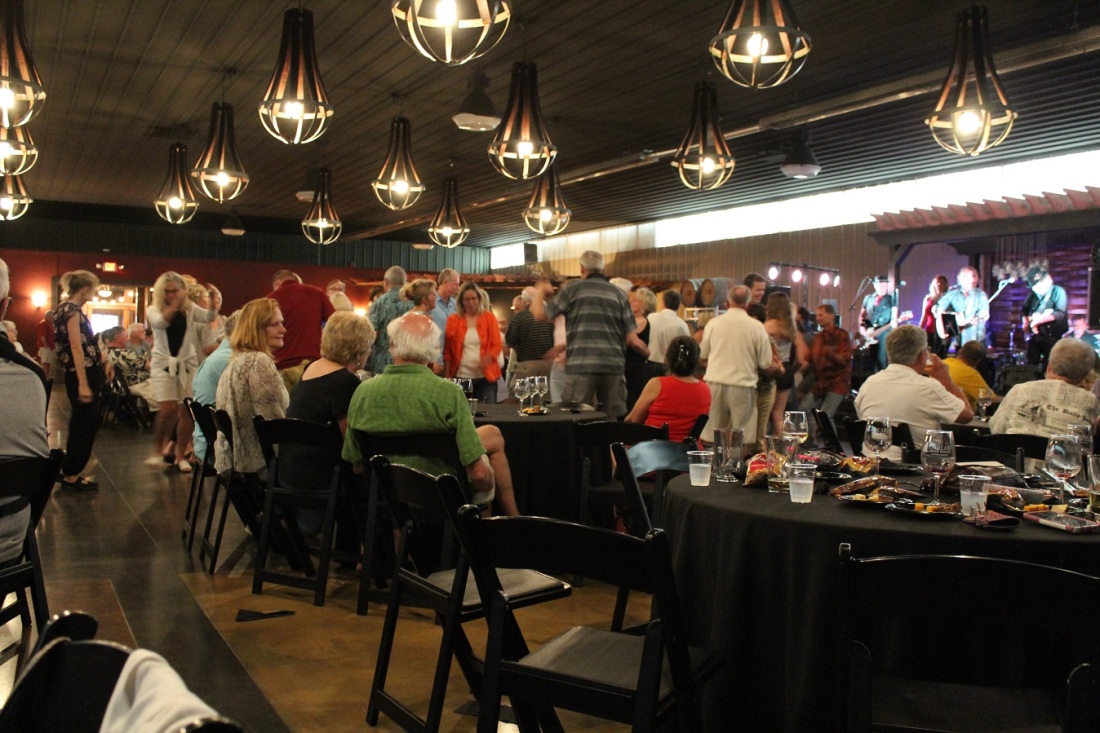 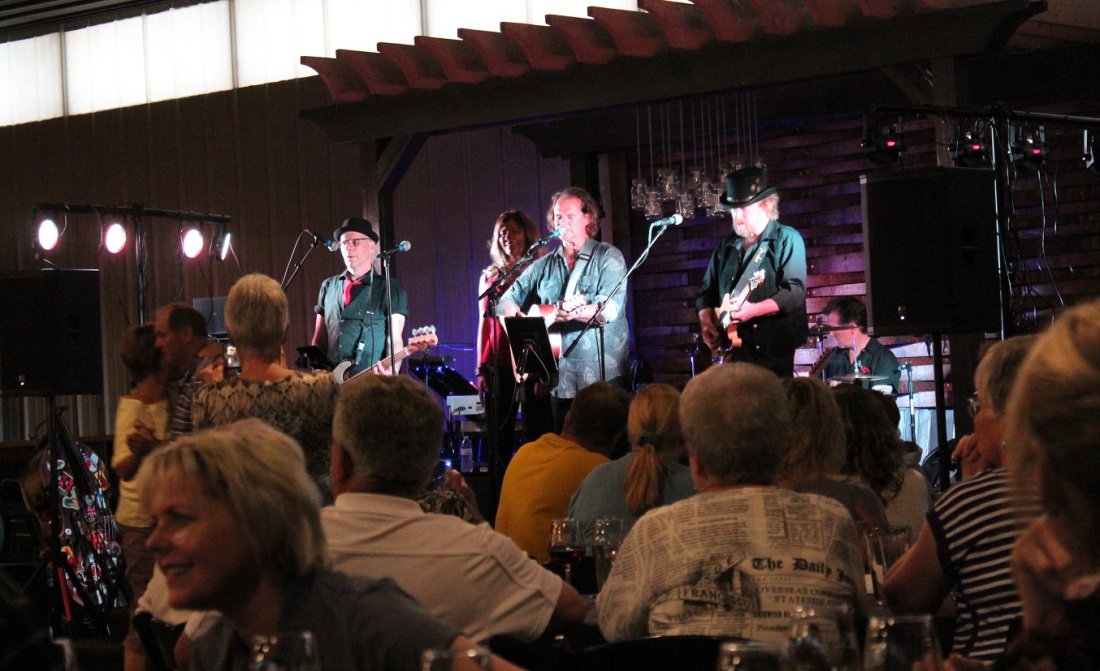 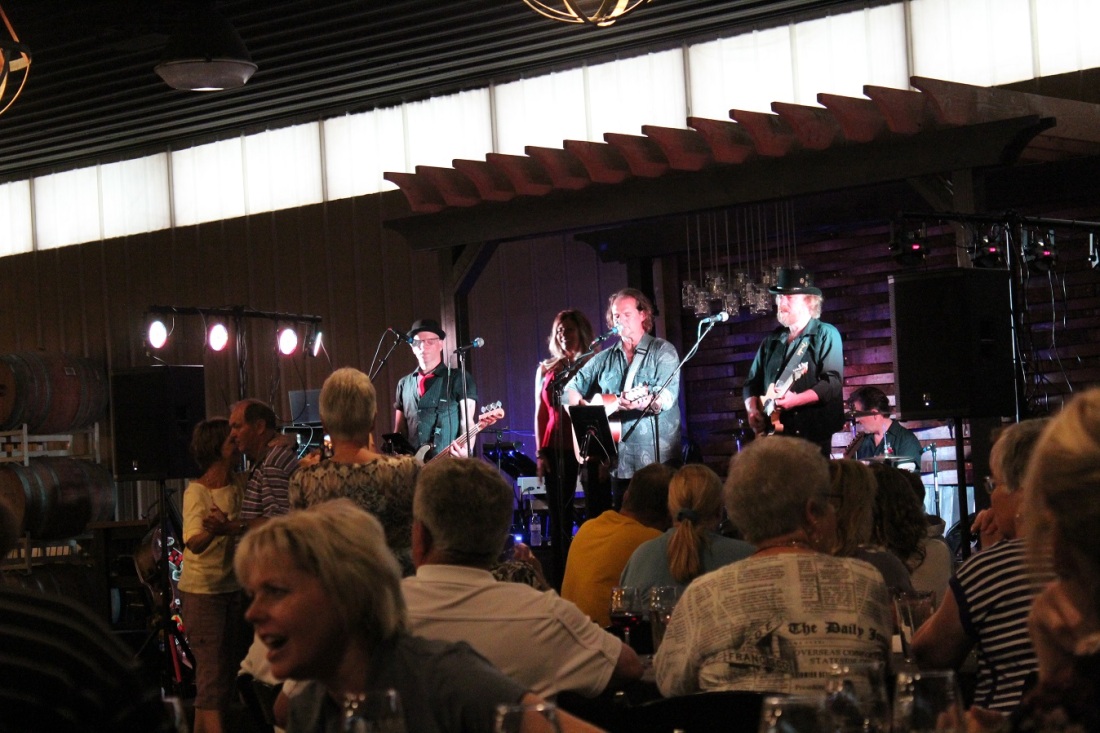 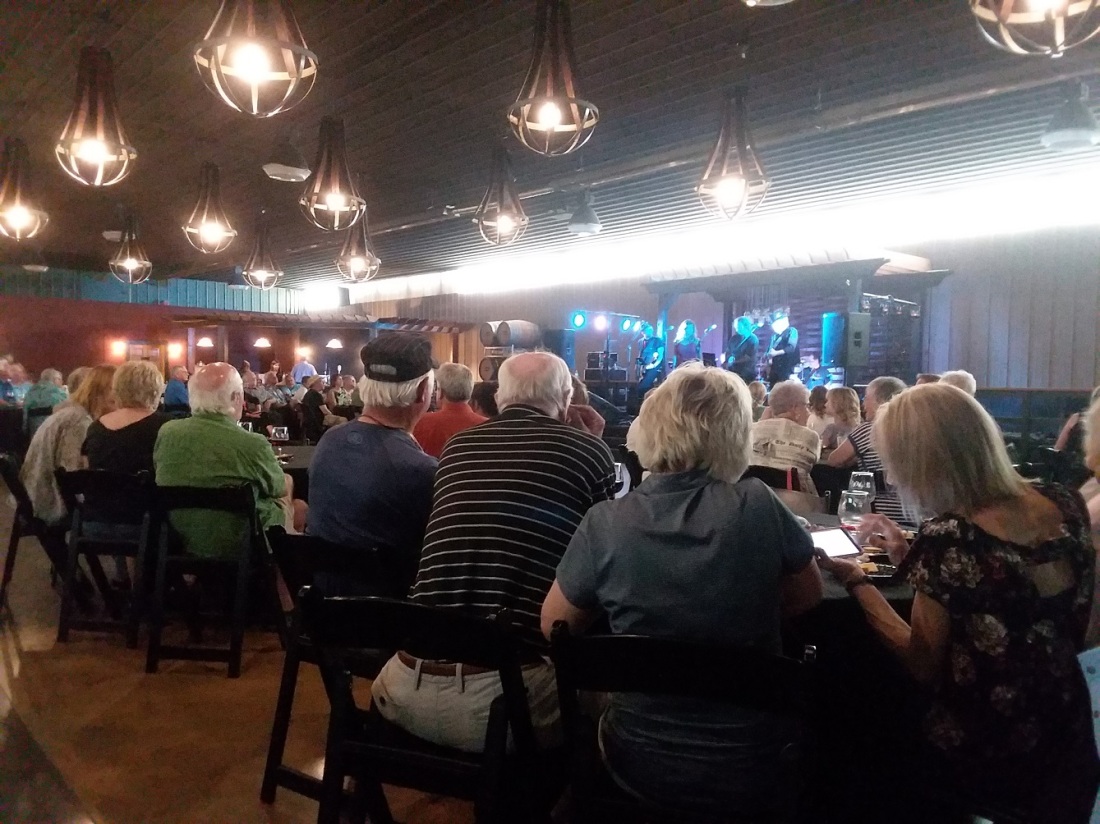 [Did we mention we had food and beverages?]

[Anthony at the winery – as reliable as Old Faithful!]

[At CCW waiting for Anthony to start!]

[The Boys of ’65, sans Bradley who had health issues demanding his absence.  With Professor Doctor Colonel Kiehne and Little Mayo Johnson, filling in for Bradley were Dad Kiehne (at 96), the Super, and Jerry Kiehne, class of ’63 . . . ] 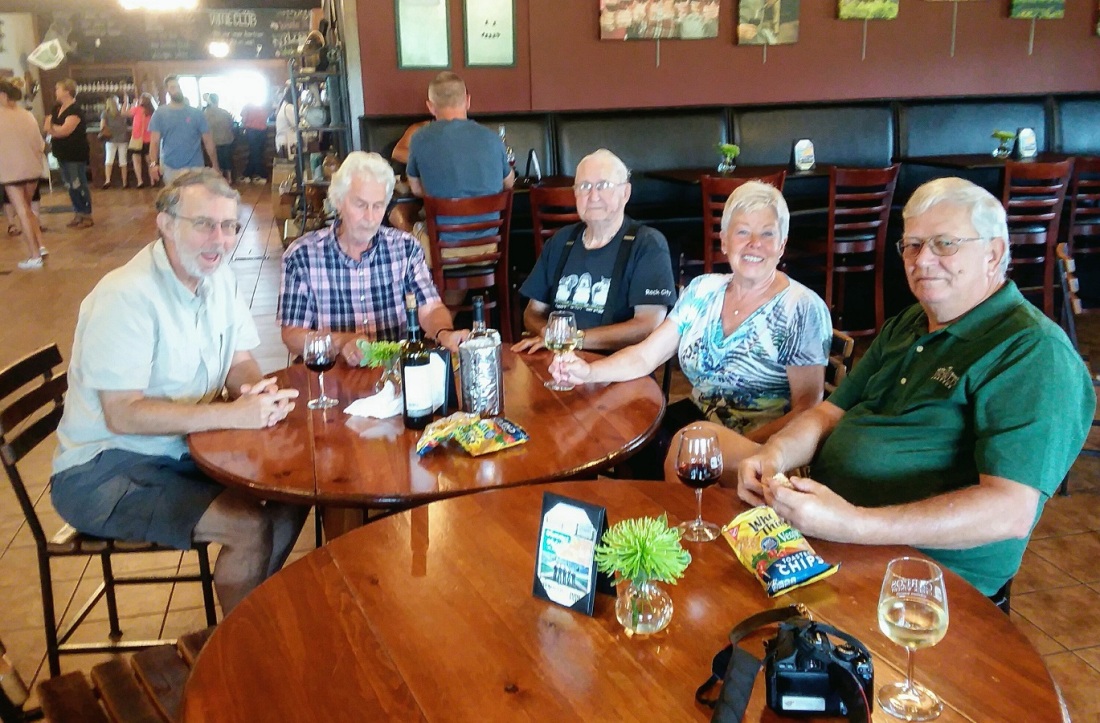 [Then the Boys of ’65 went on a fine dining search and discovery mission to The Peak (a stone’s throw from the 2nd-highest elevation in the state), two time zones from Alexandria . . . ]

[But apparently I forgot that cameras are permitted inside . . . ] 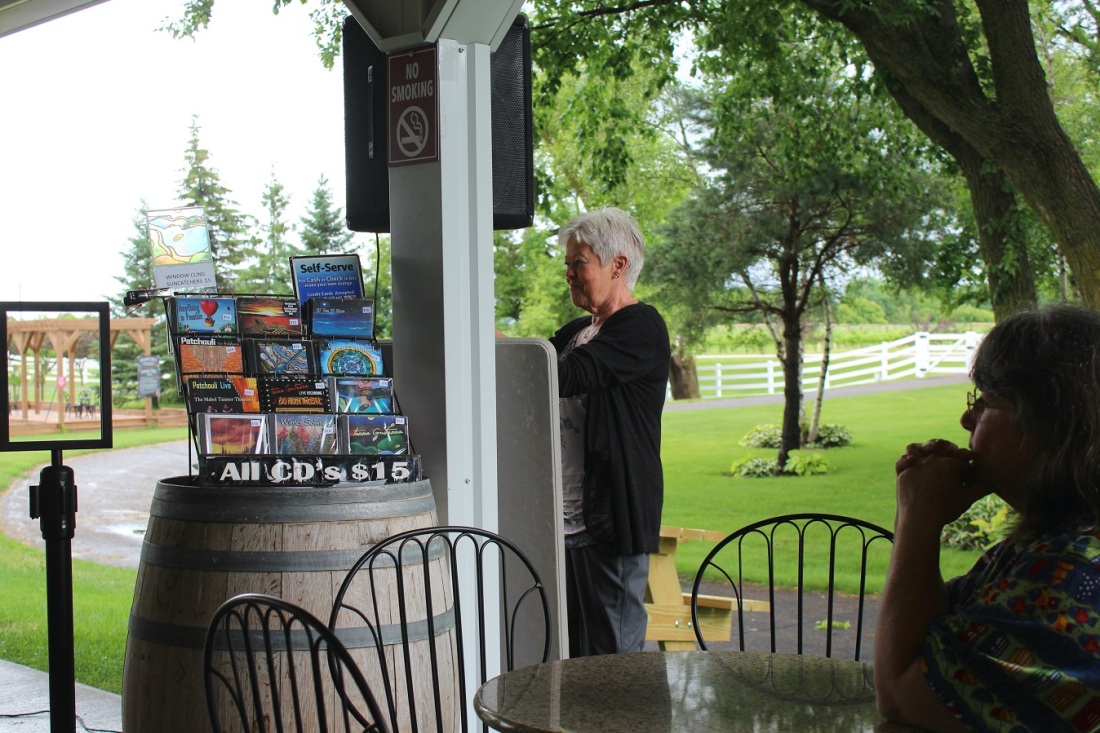 [Tucked in under the porch – kinda half inside and half outside . . . ] 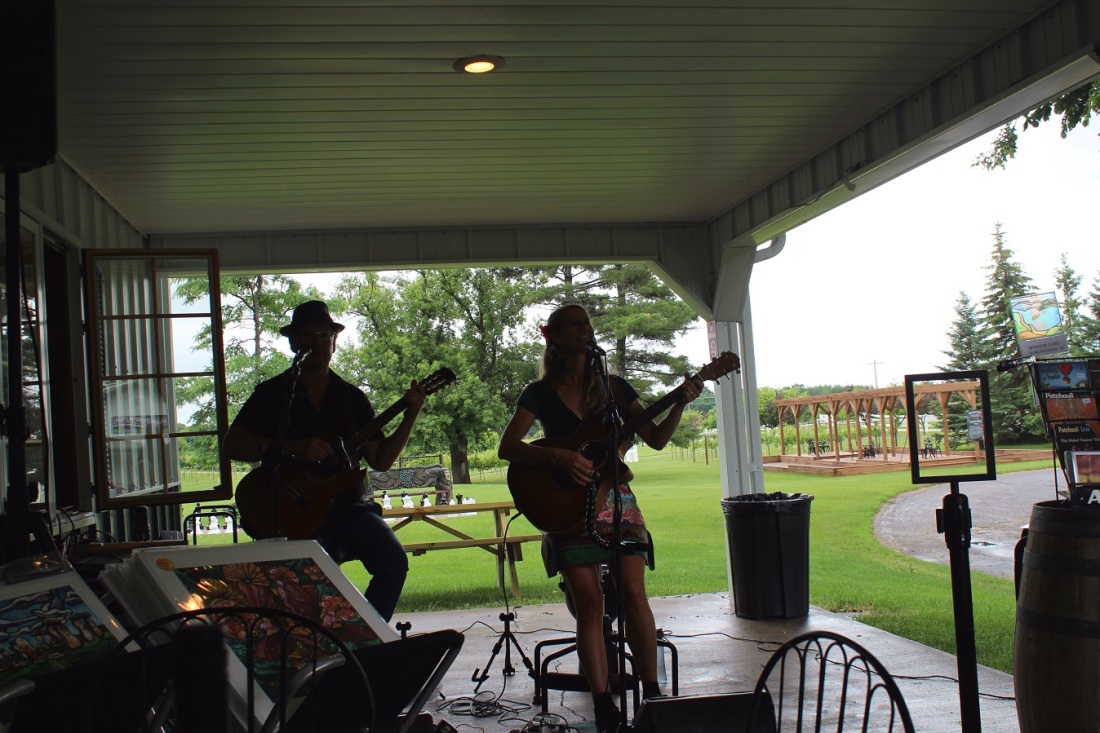 A little video presentation, at no extra charge . . .

[Bruce visits with his local fan club at the end of the first set.  We had subsequently been joined by music aficionados from Ashby, Helen and John Etnier . . . ]

[You’ve heard about the coming winery brewery?  Currently planned to be located on the chess boards . . . ] 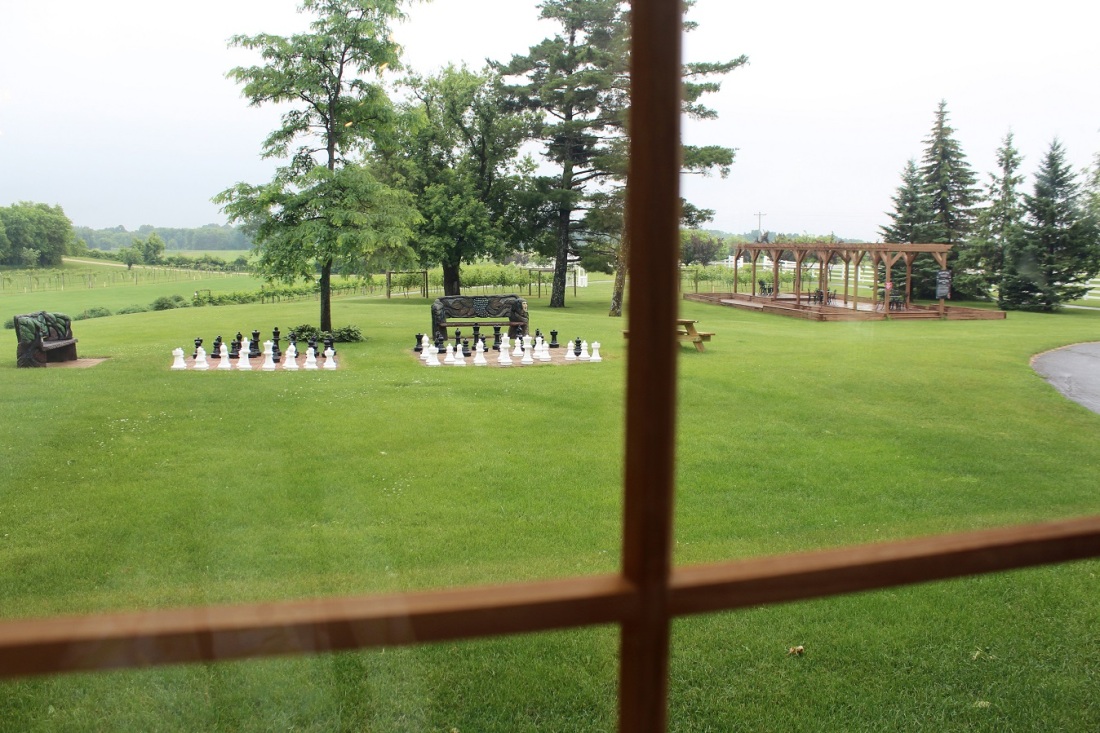 It seemed like we had a gully washer every hour all weekend!

We are thrilled to announce Terra Guitarra “Of Sea & Stars” just won the Zone Music Reporter Award for Best Instrumental Album – Acoustic Of the Year! We loved writing, recording and performing this record it is an honor to recieve this award. Thank you to all the listeners who support us and the broadcasters and programmers who have been spinning our songs and sharing the music with the world!  ~  Patchouli 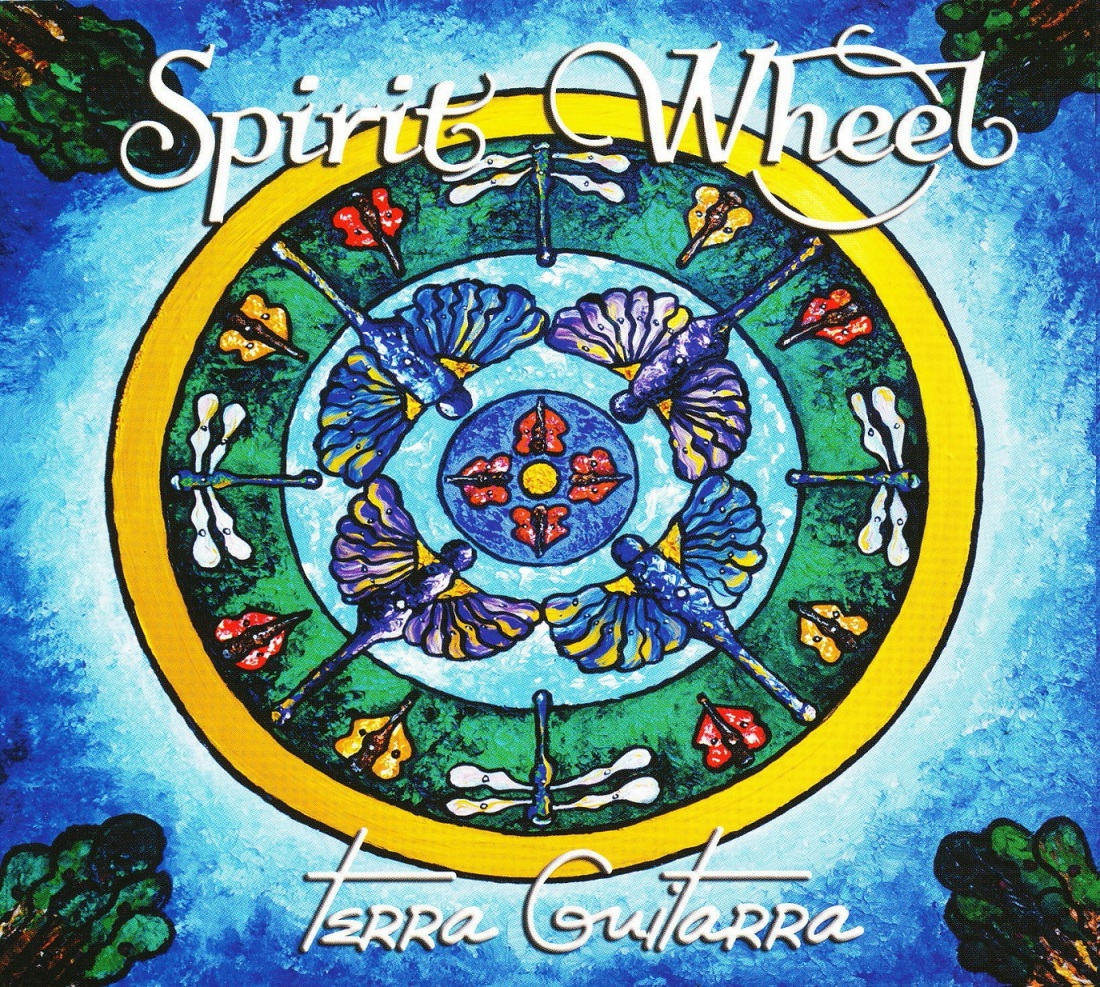 We found Brad, released from his most recent medical situation, just in time to have lunch with the Kiehnes before they returned to their year-round southern escapes.  To our delight, we were served by the just graduated Josie Minnerath – Brad and I saw her play many times as a member of the Cardinal hockey team, No. 6.  There are no records of the event itself – I left my camera in the car and really didn’t feel like going back for it.] 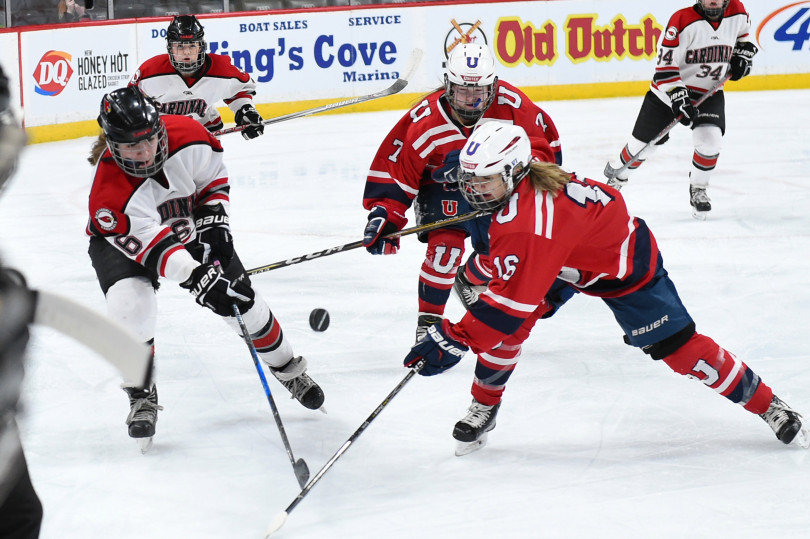 One thought on “Fathers’ Day Reveries”