[After breakfast, the ride back up the hill.  Yes, ride.  For the first time the Super rented a golf cart for the week.  Some of us aren’t getting any younger – and from Rappaport to the water is about 75 steps, and going up and down at least 3 times a day (just for the meals) gets to be a bit much.  I think the golf cart is forever in our future.]

[It was going to be a big day at the Christopher Farm.  We were here two years ago and thought a return trip well worthwhile . . . ]

[The Christopher Farm & Gardens is a privately owned residence requiring advanced registration for tours.  Go to our Contact page to fill out a request form for a group guided tour.  Our 500 acre farm and botanical garden is located along the western shores of Lake Michigan in the scenic Pigeon River Valley of Mosel Township, Sheboygan County, Wisconsin.  We encourage you to explore our website to acquaint yourself with the various agricultural, horticultural and artistic aspects of the farm and gardens.  (christopherfarmandgardens.org)] 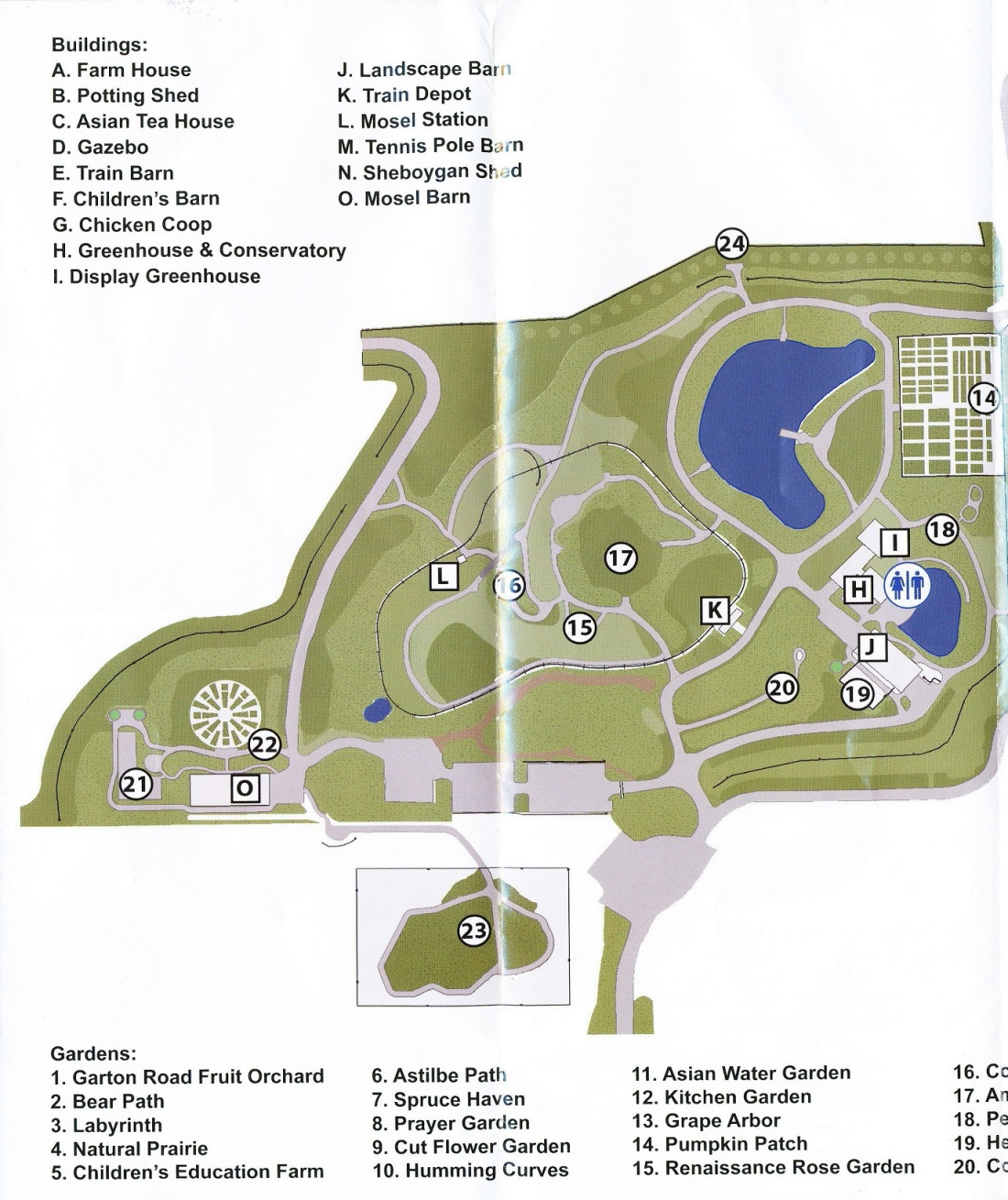 [Group led tours are on a request basis as our staff schedule permits. We request a $2.00 minimum donation per person be made to Sheboygan County’s Meals On Wheels program.  Our preferred group size is 15 – 100 participants. Email: christopherfarmandgardens@gmail.com]

[Doris Christopher was the founder of the Pampered Chef, which Warren Buffett bought for a reported $900 million in 2002.  Thus, Jay Christopher is able to fund a private operation of this scope . . . ] 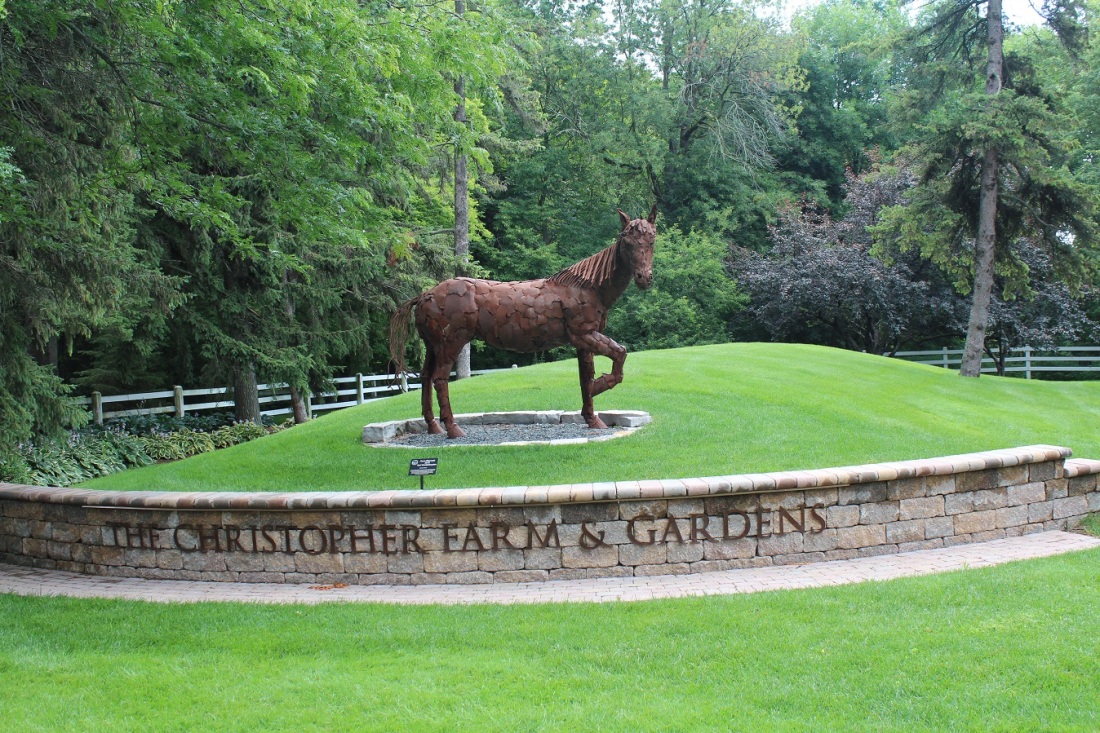 [Such of children are throughout the gardens . . . ]

[These are runoff holding ponds, beautiful with fountains, that are used for irrigation . . . ] 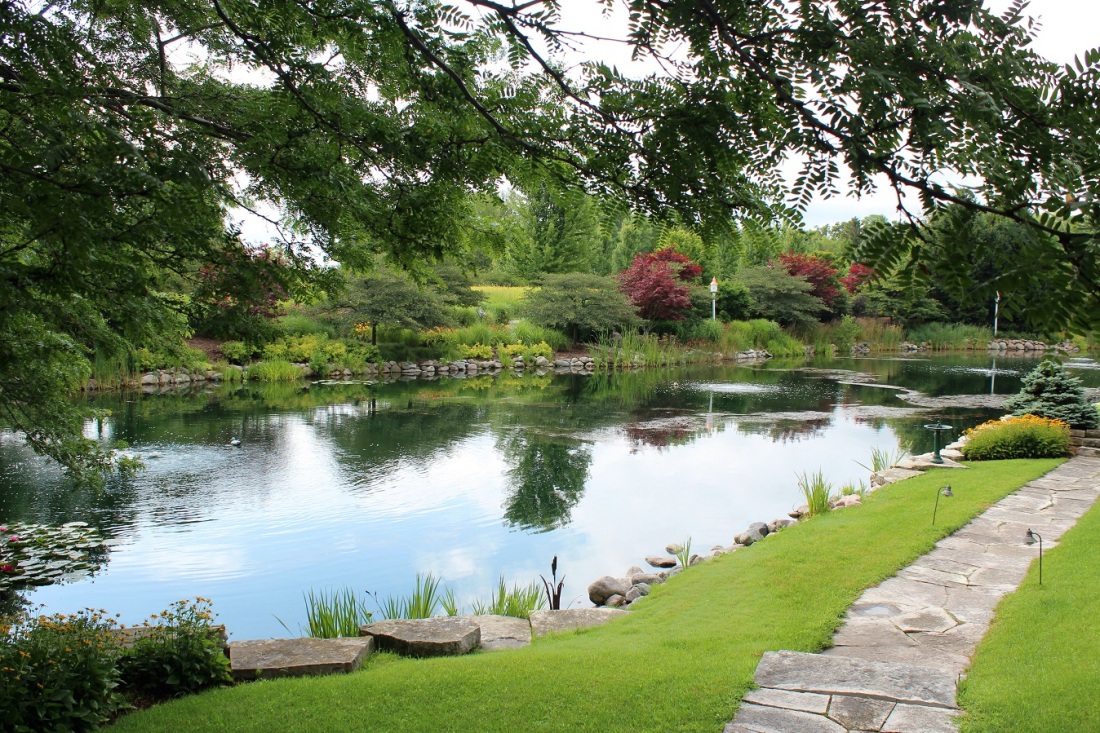 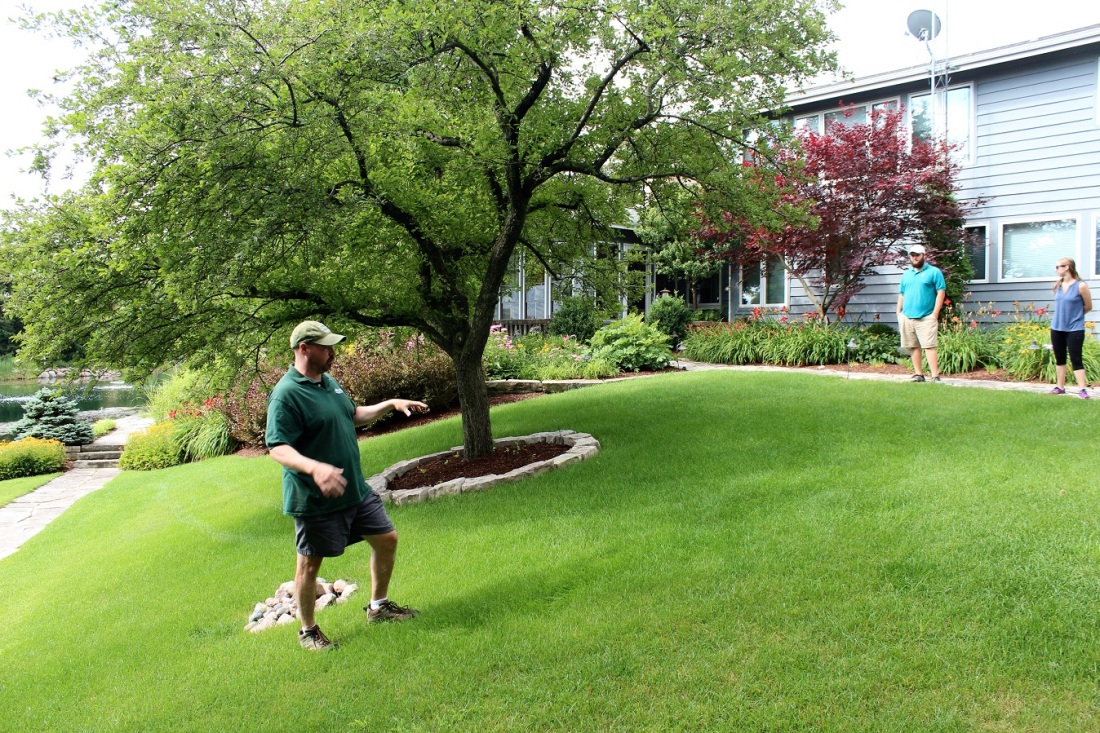 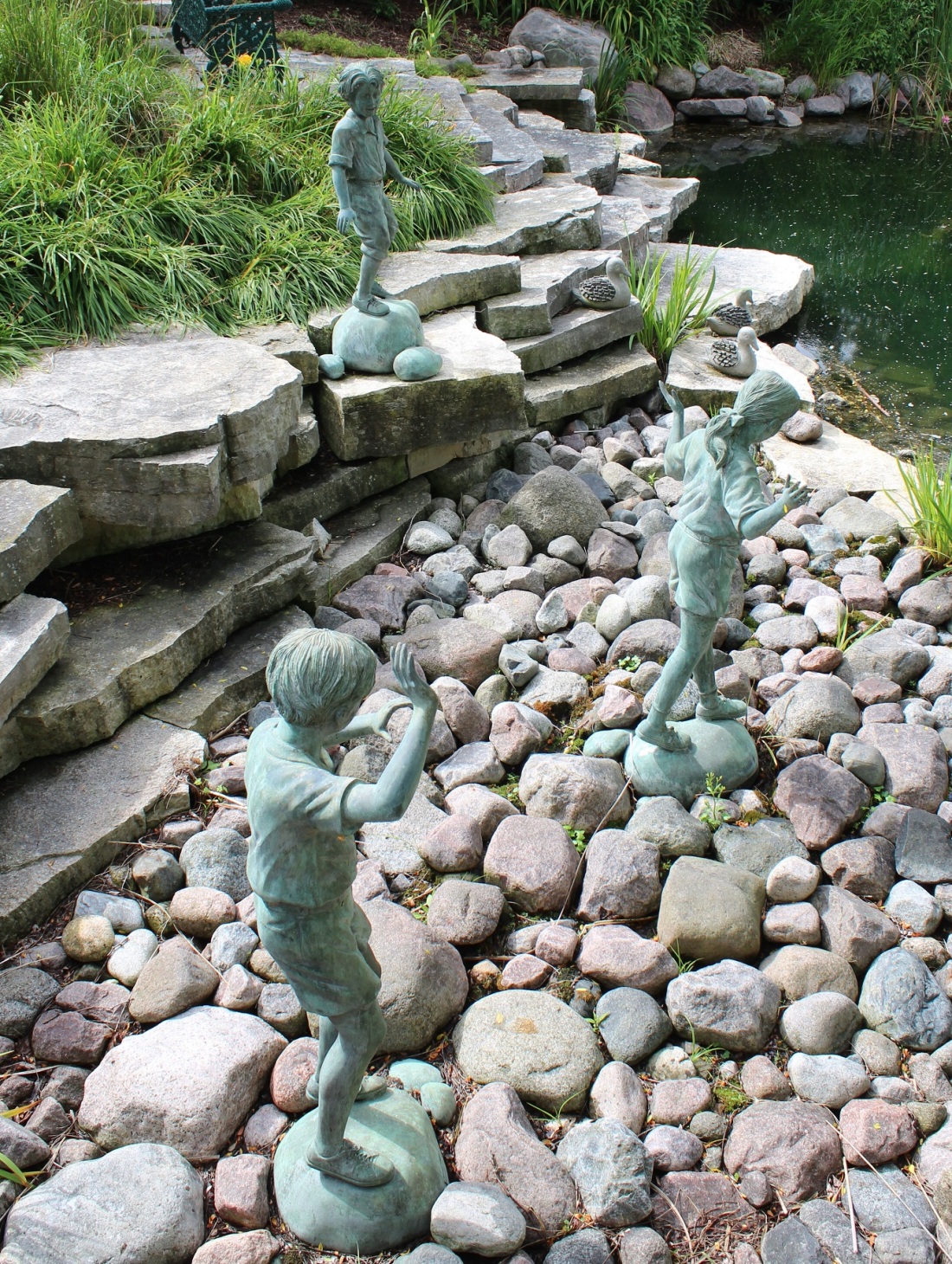 [The natural prairie, with a sighting of Lake Michigan in the background . . . ] 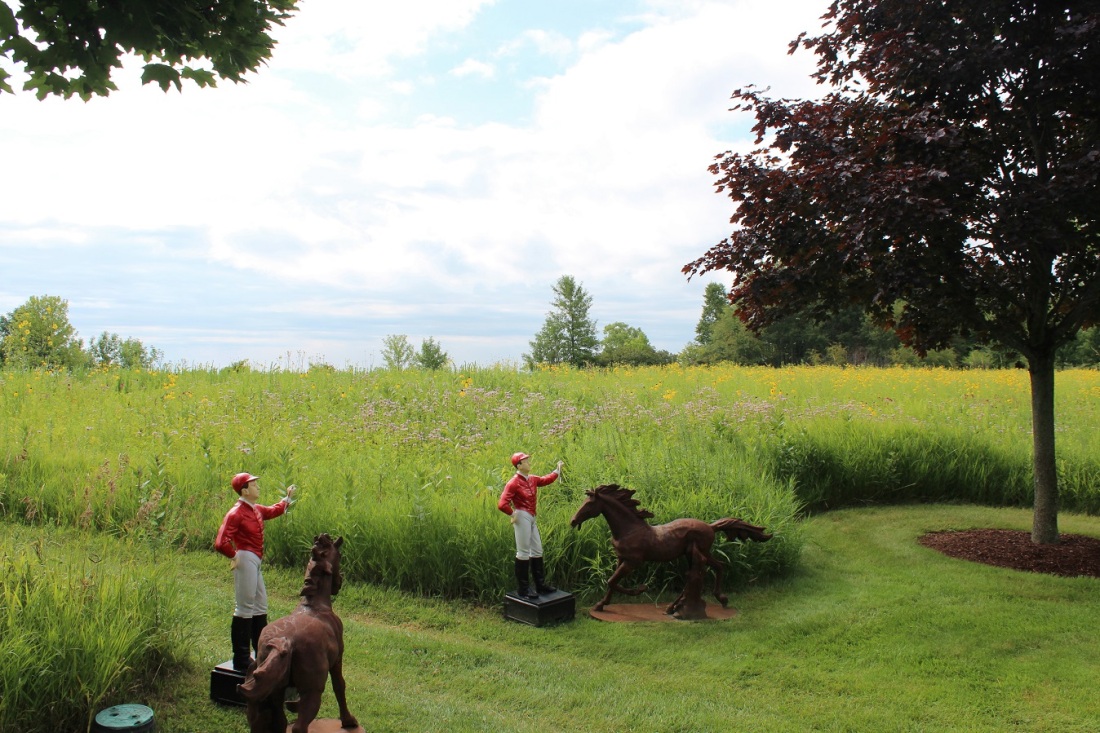 [A path through the prairie is the direct route to the lake overlook . . . ] 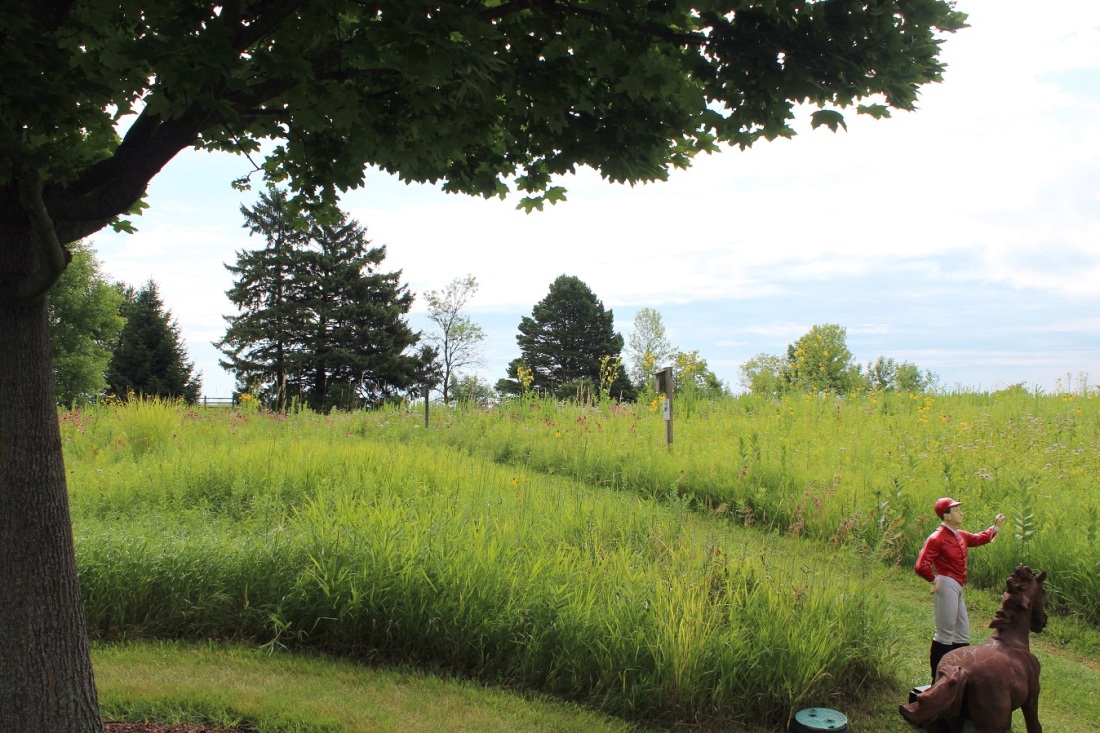 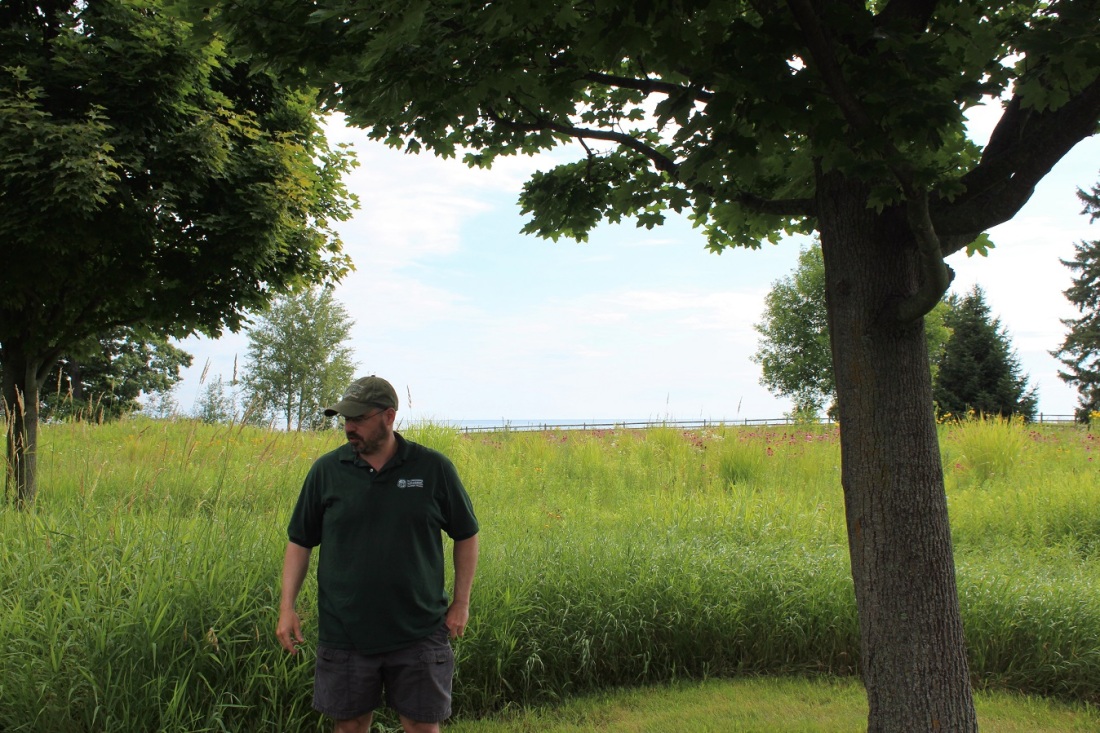 [And the mama’s bed was just right!] 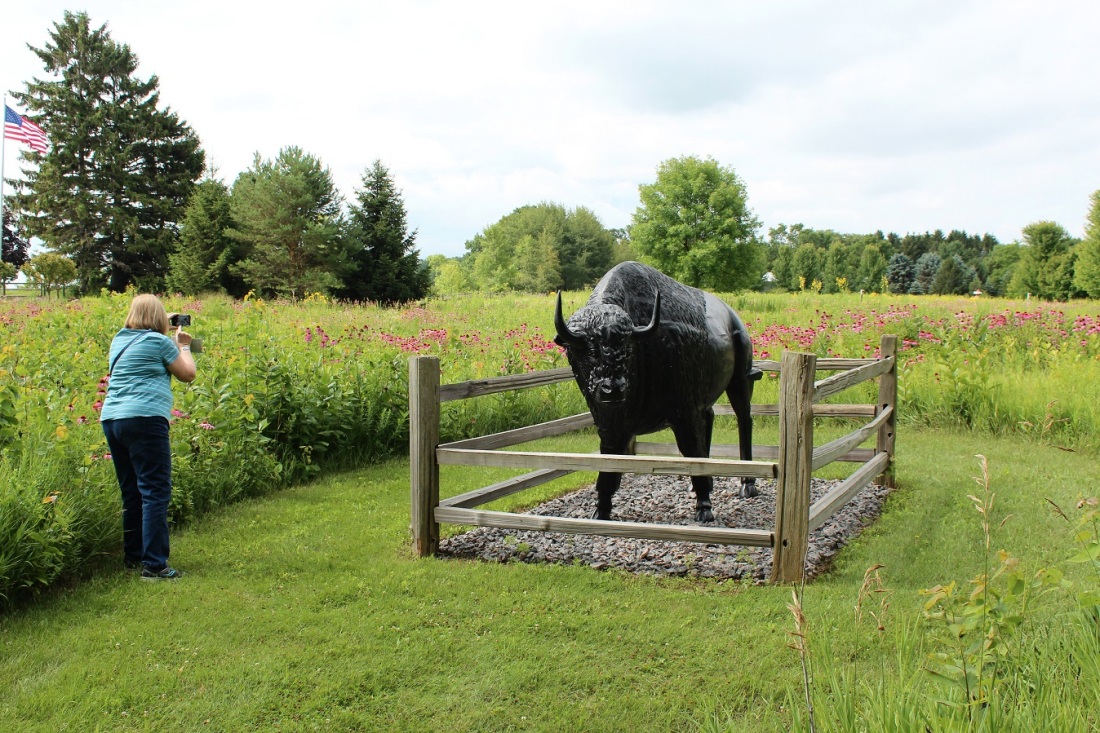 [Purple coneflowers (I checked sources to learn that) . . . ] 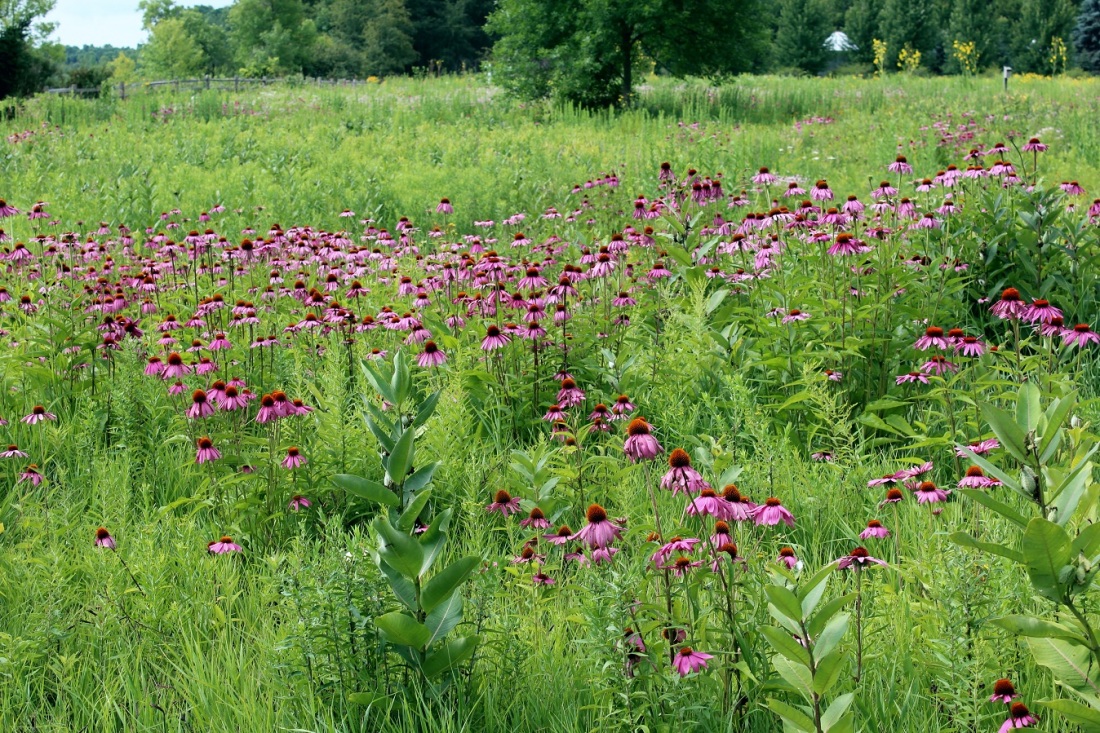 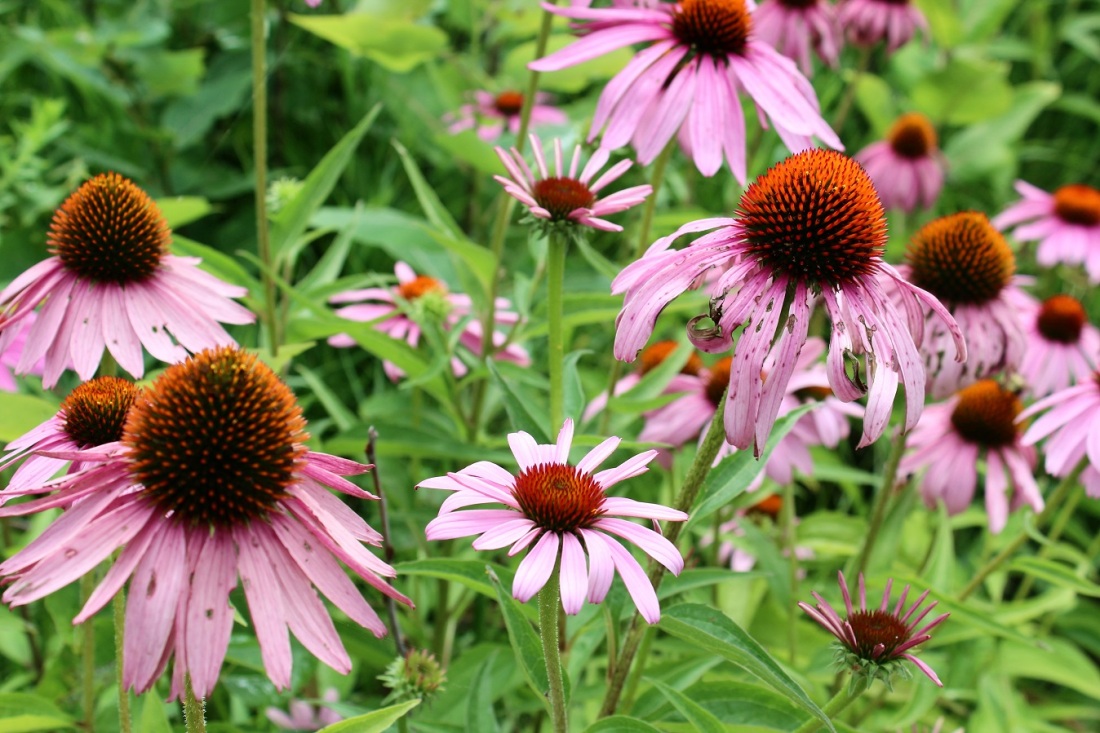 [Reetz (I checked sources to learn that, too)] 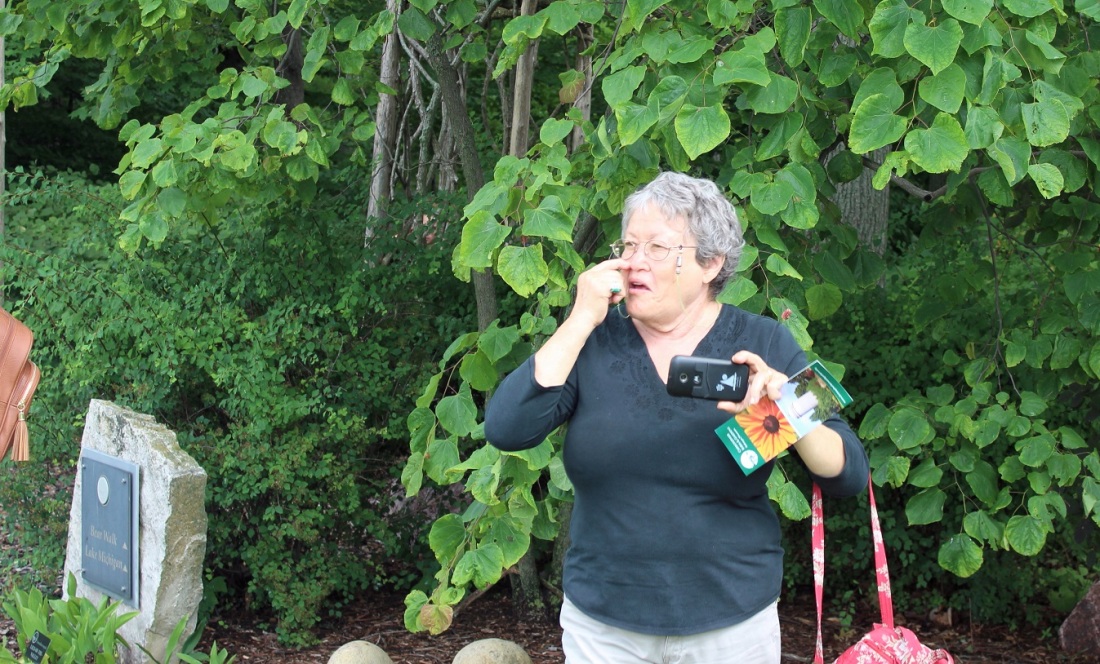 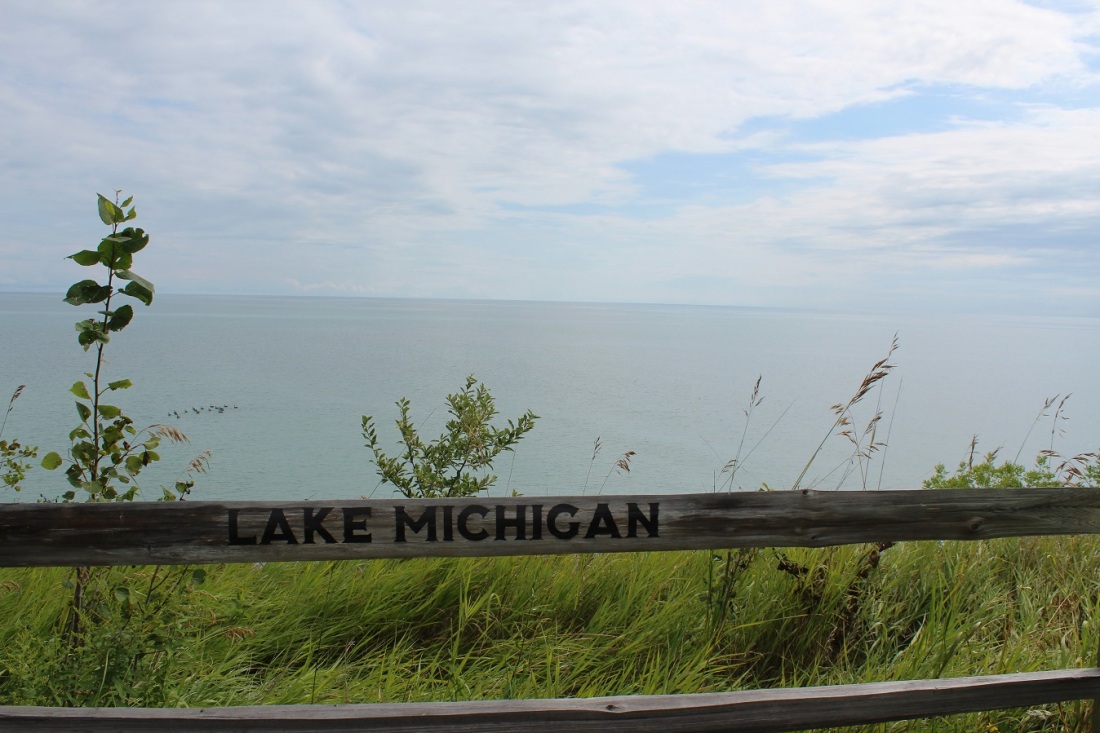 [“The Biddies” and Lake Michigan – quite a trio!]

[John and Rosalba – and they also played Whistling Straits . . . ] 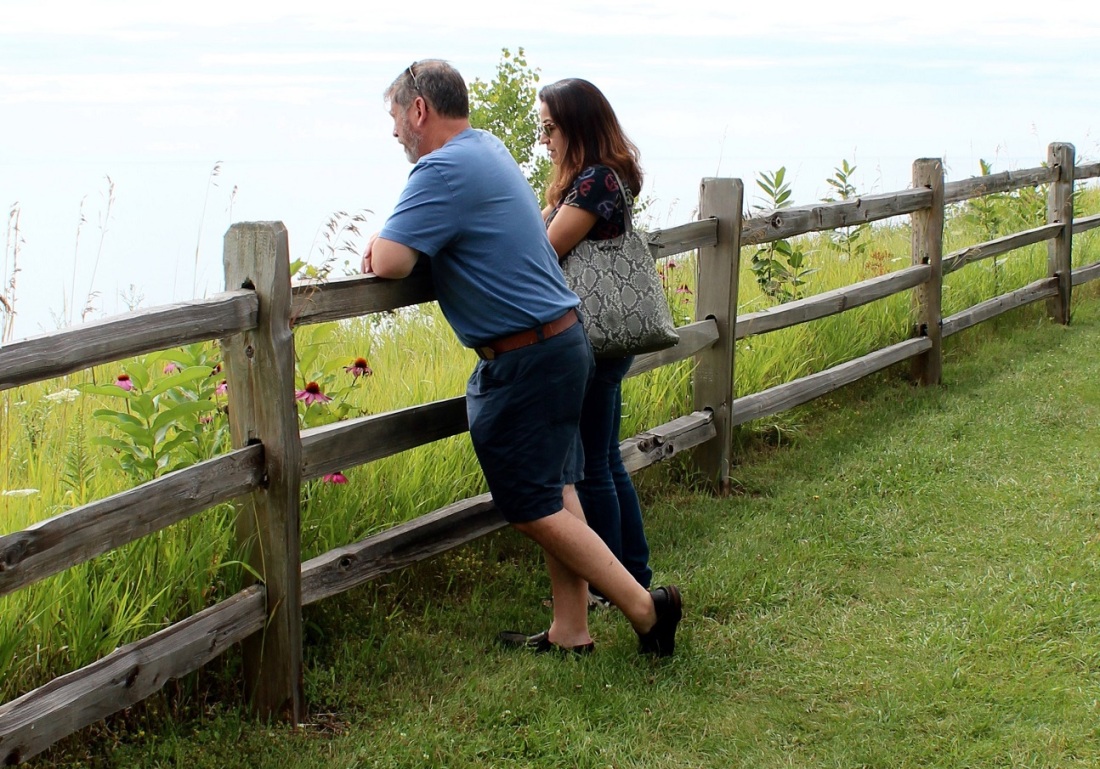 [Karina (another longtime camper since childhood), to the best of my knowledge, did not play Whistling Straits . . . ] 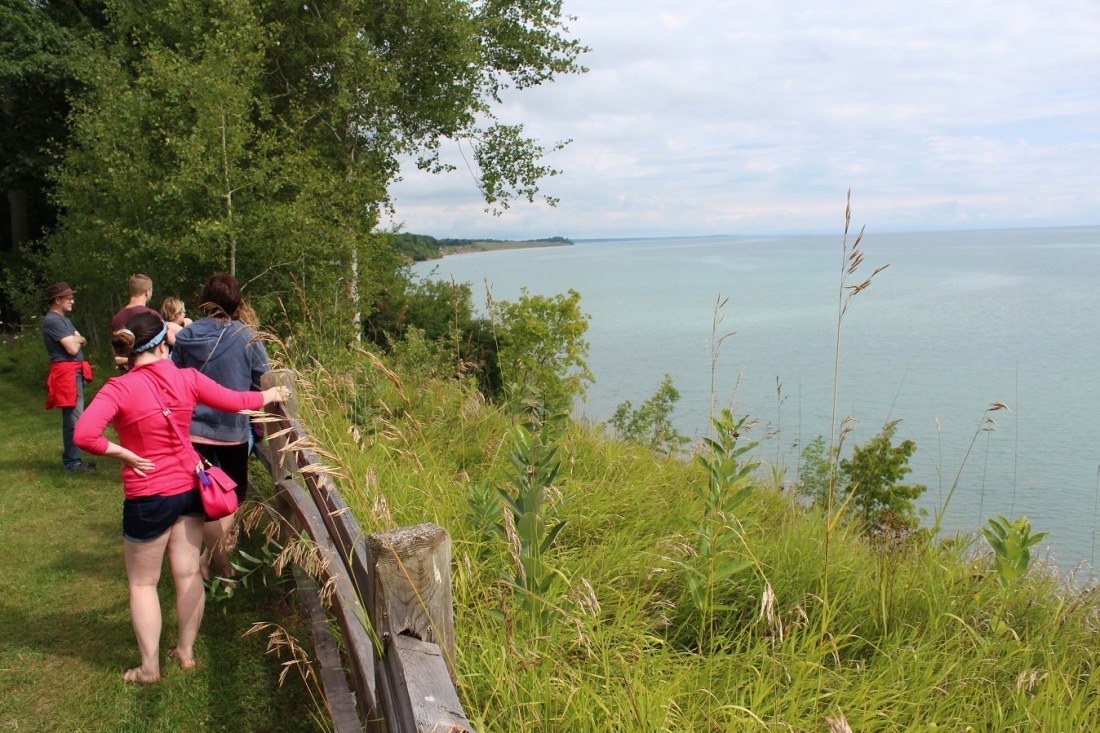 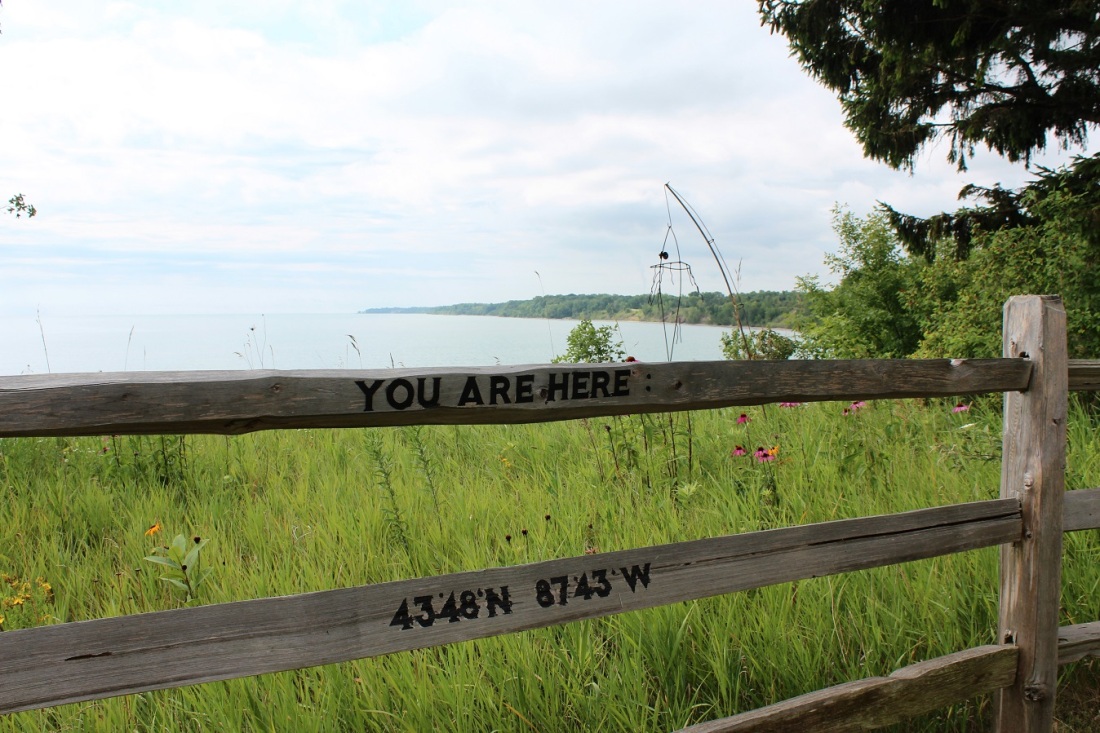 [Why yes, we are tourists!] 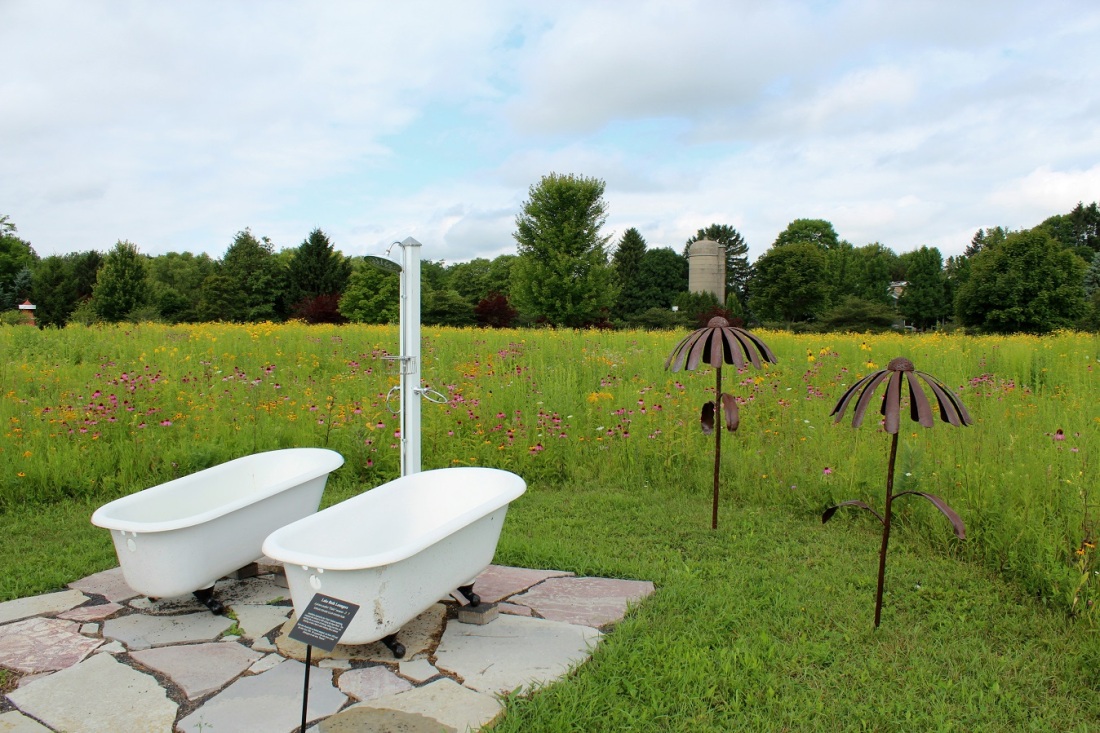 [Reetz, with the aforementioned Cialis bathtubs . . . ]

[Watch out, deer, there are bears in the forest!] 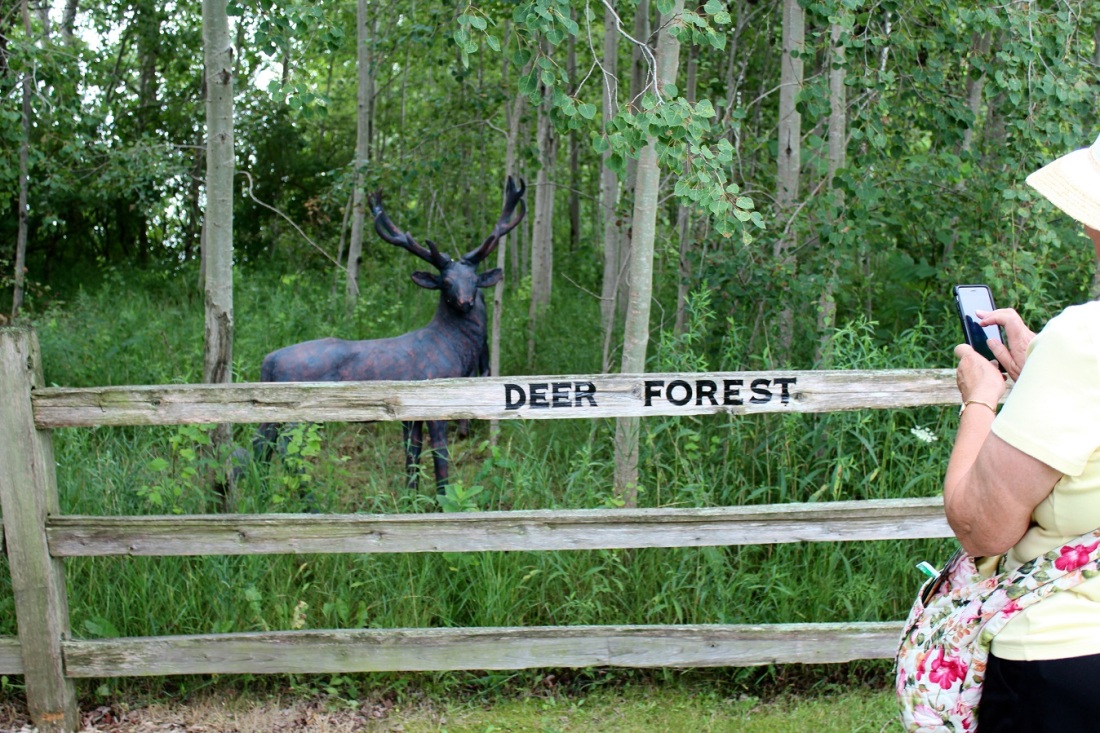 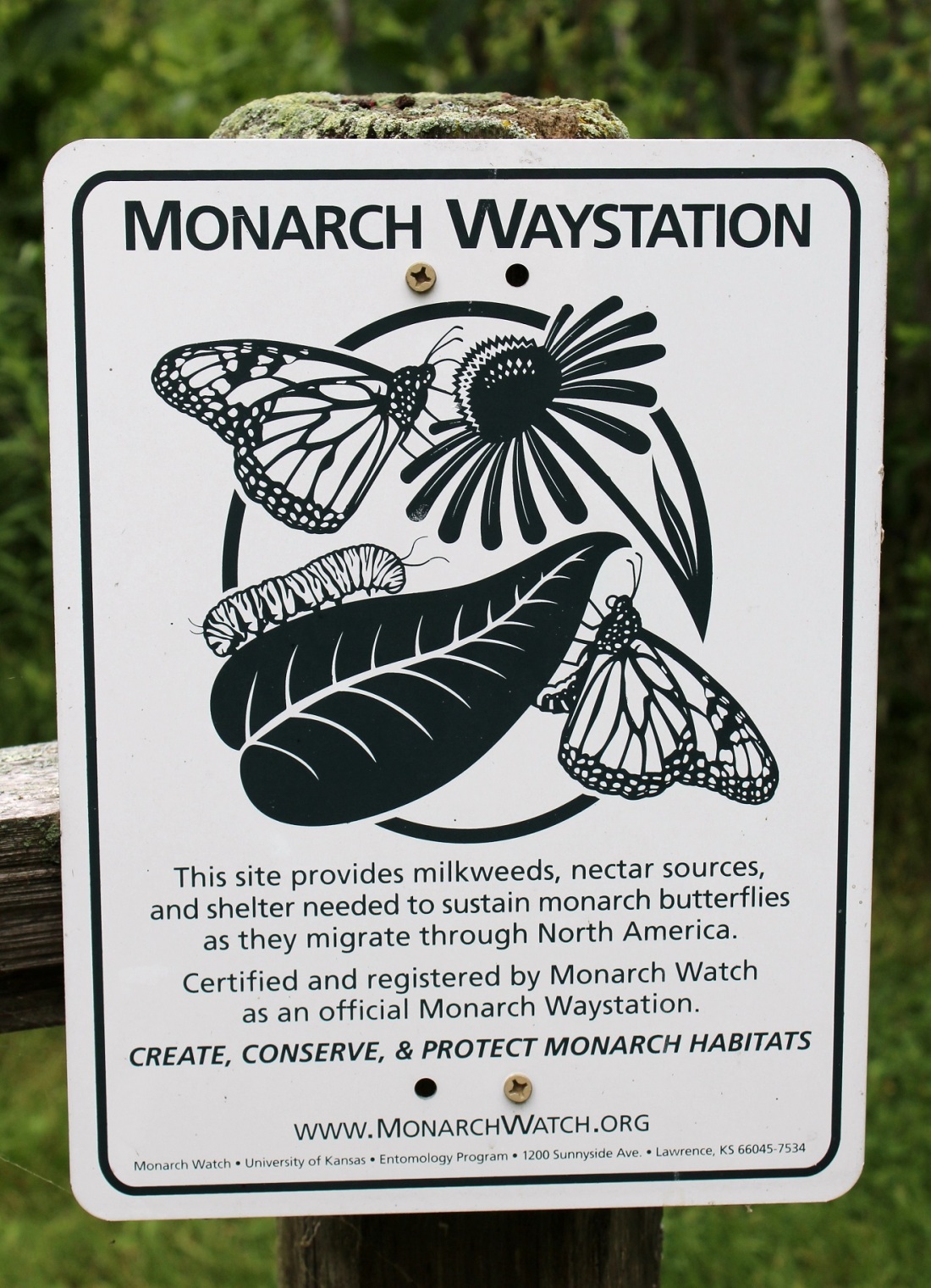 [And where Alexandria stands in the grand scheme of things . . . ] 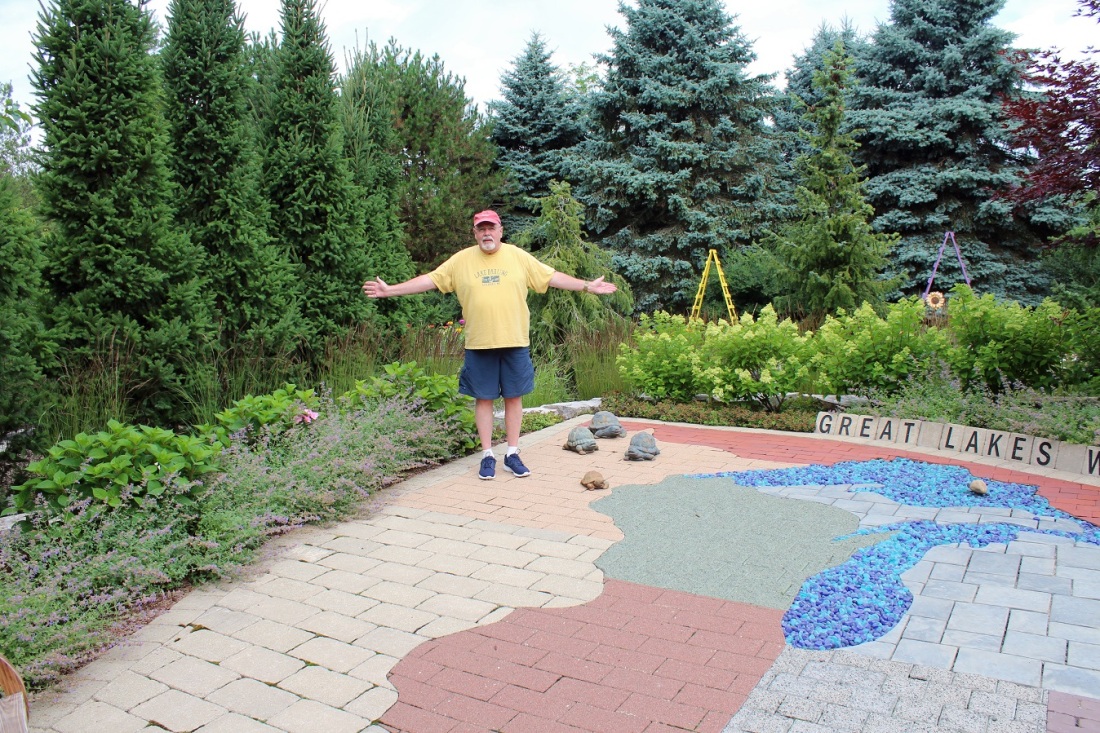 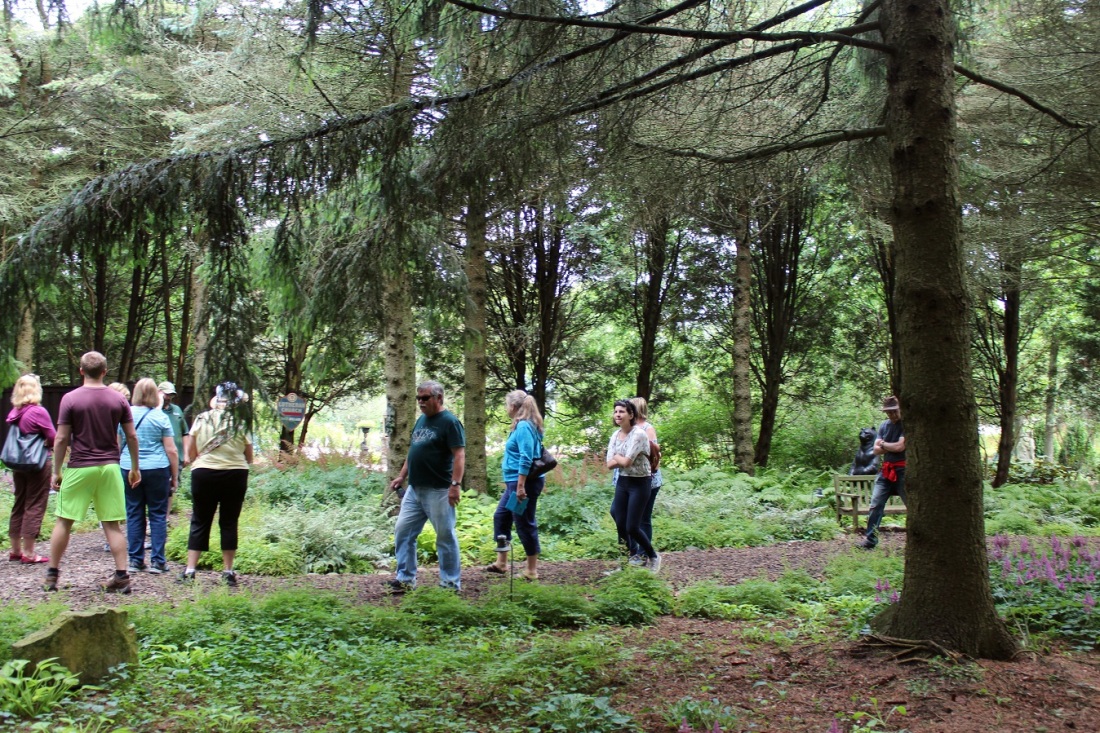 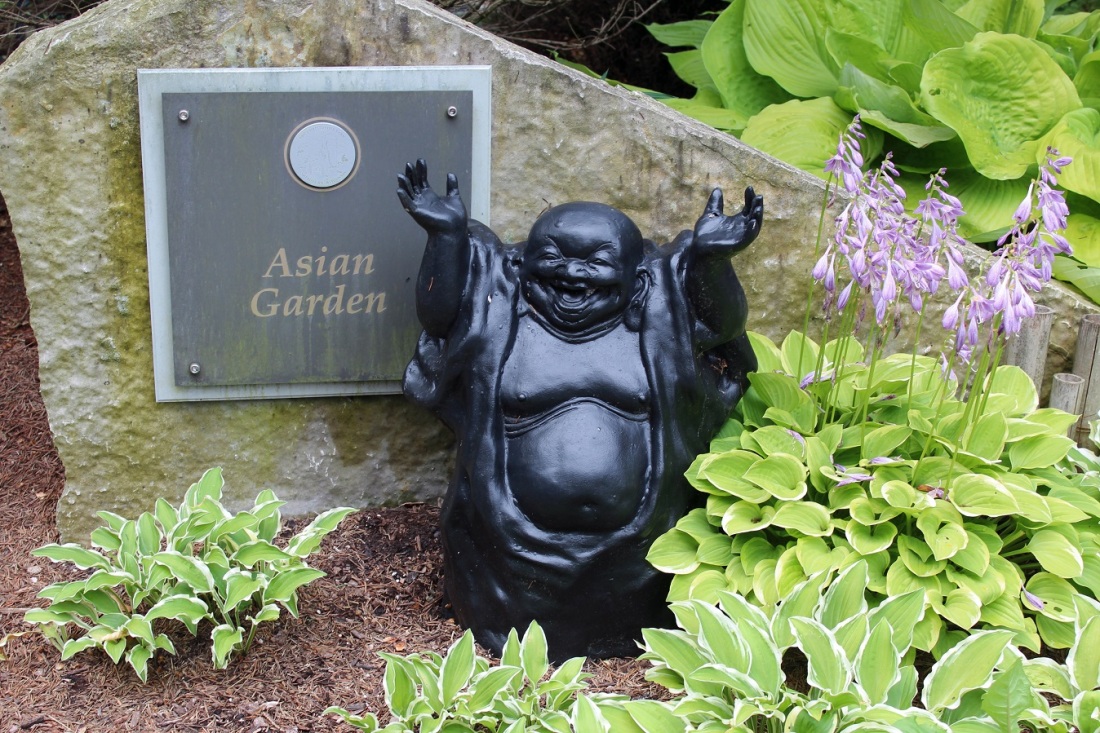 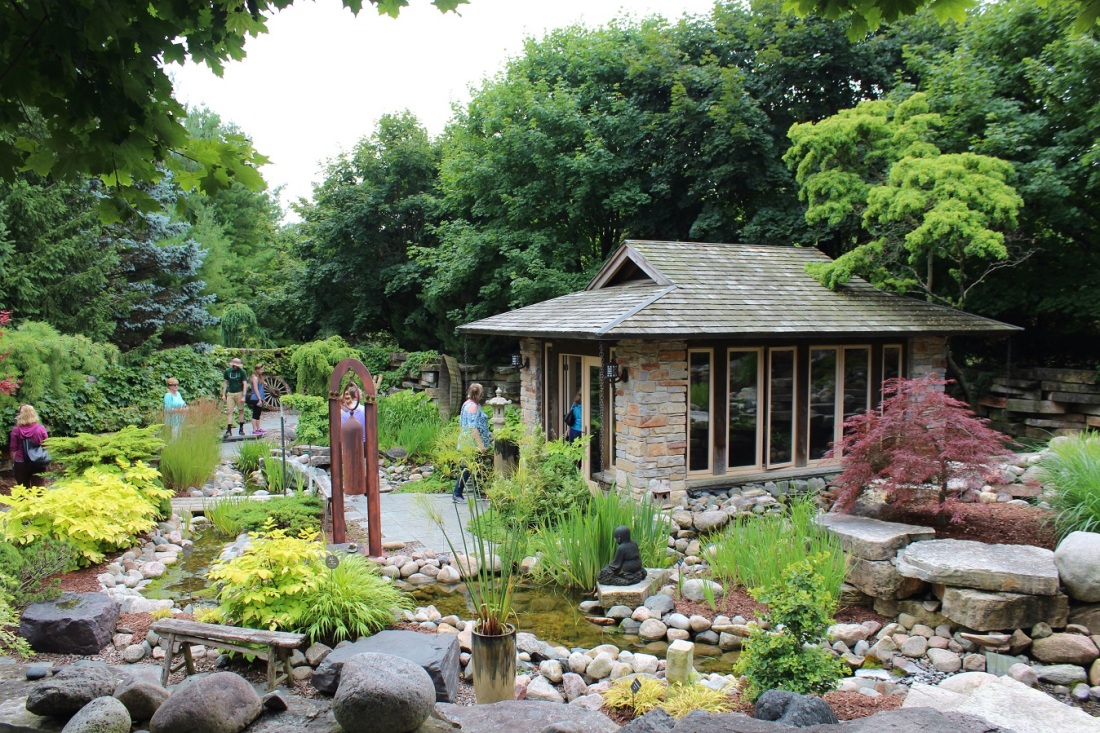