We take a momentary sabbatical from Russia and camp for . . . 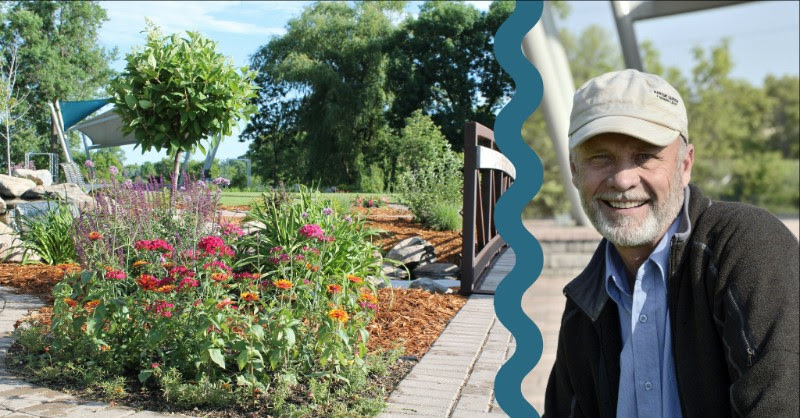 “Went to a garden party to reminisce with my old friends, a chance to share old memories and play our songs again…” -Ricky Nelson

Join us for an evening of fun to celebrate Bruce Olson’s retirement. Bruce is one of the original founders and the first and only Executive Director of the Legacy of the Lakes Museum. He has been a visionary force, providing the spark, enthusiasm and leadership to transform a start-up product into a respected, vibrant museum, campus, gardens, education and event center.

Ticket includes a beef brisket meal with savory sides catered by Wurst Machers and gourmet desserts by Country Blossom Farm, LLC.. Plus, a Music in the Gardens concert by the entertaining Davina and The Vagabonds! Remember to bring your lawn chair. Cash bar. 21+.

This is a fundraiser event. Proceeds will help fund a Gardener’s House to be built for the museum and garden volunteers’ work space and storage.

[We came in the front door.  We hadn’t been to the museum for a while and were startled by this amazing art display upon entry.  It’s presented here for your leisurely enjoyment absent further commentary . . . ]

[And now on to the event at hand.  This was a maintenance building, its conversion to an event center recently completed . . . ]

[And every time we come, so much more has been done to the gardens.  I think they’re pretty much complete now, extending to all the property boundaries, and are a definite destination for visitors to the area . . . ]

[The Olson family table.  Congratulations, Bruce, you did good!]

[Davina and The Vagabonds]

[Canadian wildfires have had a dampening effect on our sunshine lately . . . ]

[Kevin Kopischke, retired president of the local college, readies to memorialize Bruce’s career at the museum . . . ]

[We probably first met Bruce and Marie in the early 2000’s because of the young woman between us.  Their daughter Ahna, who from graduated high school in 2006, was on the Cardinal hockey team.  And of course that became our favorite spectator sport.  We probably hadn’t seen her in 10 years, so it was nice of her to come all the way from Palo Alto to do so.  Oh, she came back to Alex for her dad’s retirement shindig?  Never mind.]

The only way to understand painting is to go and look at it. And if out of a million visitors there is even one to whom art means something, that is enough to justify museums.  ~  Pierre-Auguste Renoir