As the title indicates, this next event would totally challenge our natural circadian rhythms.  Raised with a solid (if not godly) midwestern mentality of “early to bed, early to rise,” Moscow by Night is particularly daunting when you realize how late night arrives in Moscow at this time of year . . . 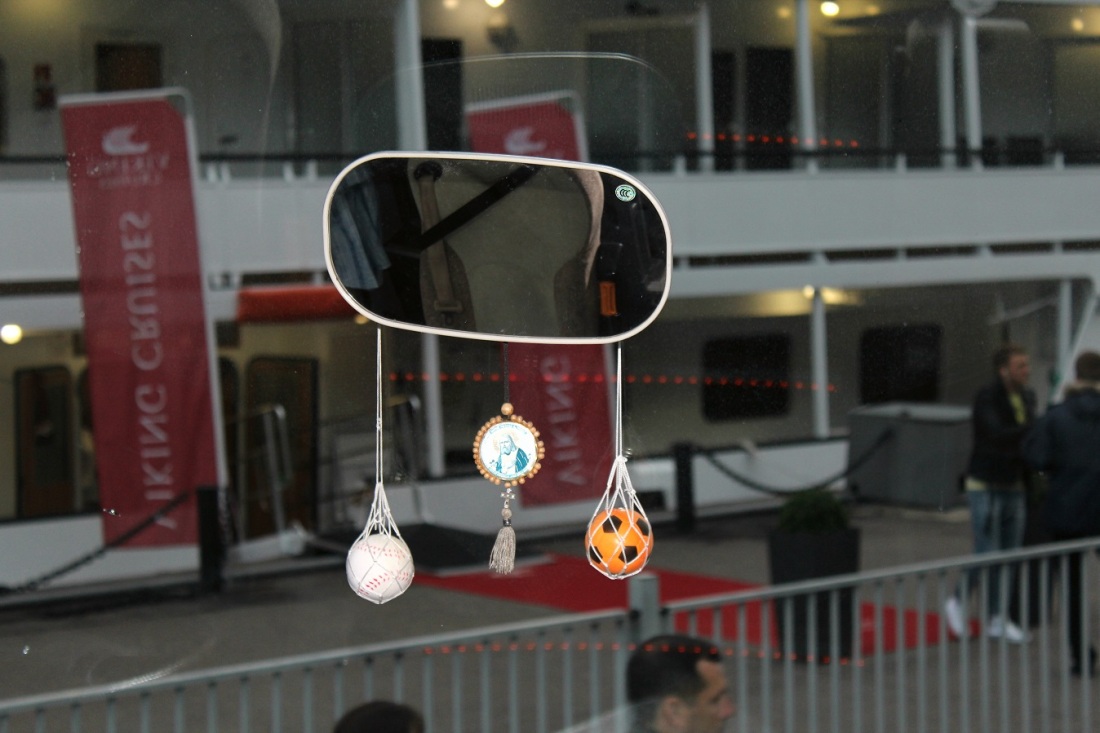 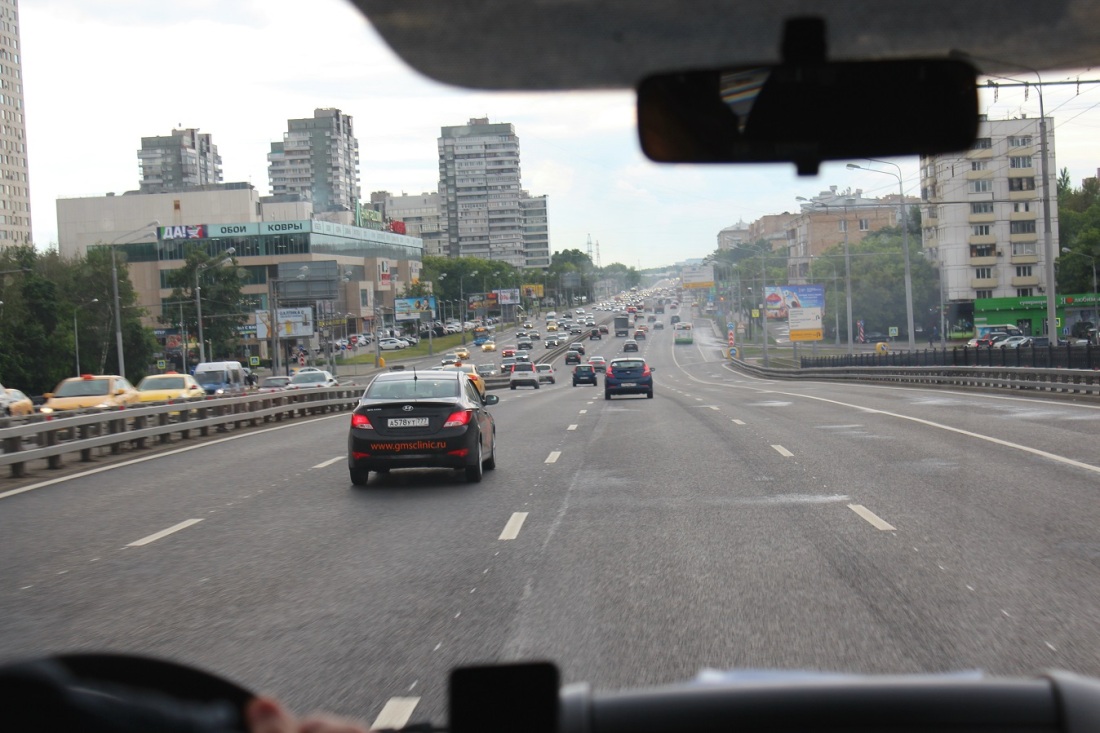 [Again past the Radisson Royal Hotel on the Moskva River . . . ] 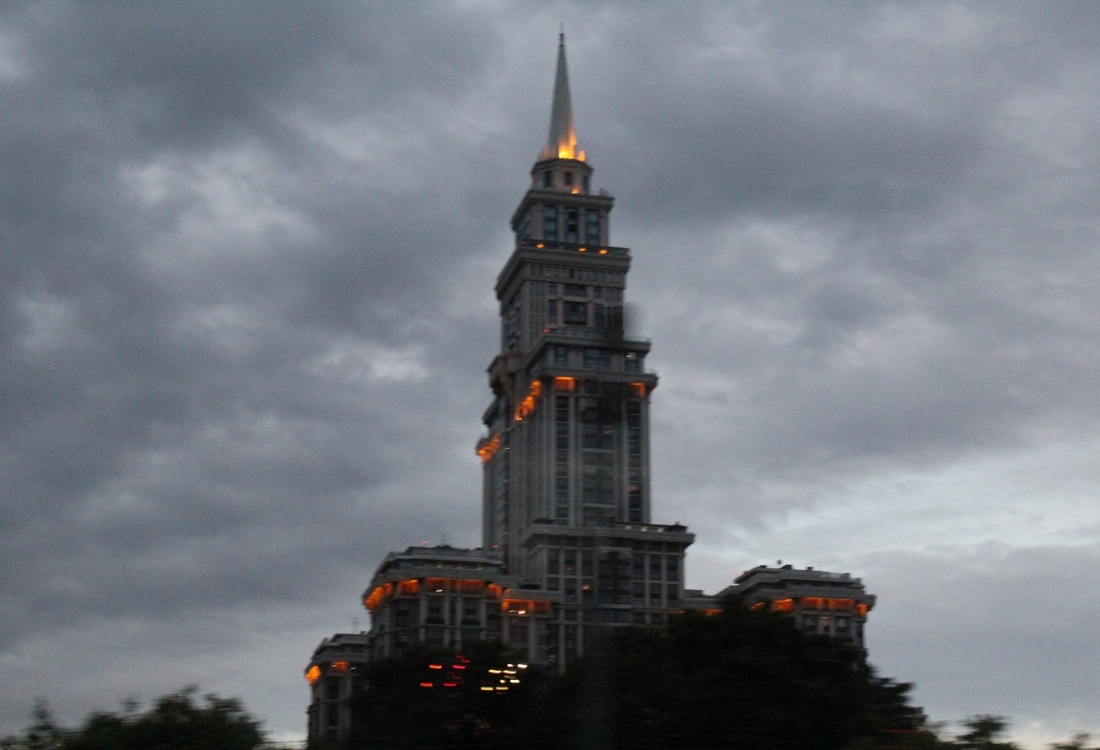 [Victory Park:  In the 1960s, the Soviet authorities decided to put the area to use as an open-air museum dedicated to the Russian victory over Napoleon. The New Triumphal Arch was reconstructed here in 1968. The huge panorama “Battle of Borodino” was installed here in 1962.  The Victory Park and the Square of Victors are important parts of the outdoor museum. In 1987 the hill was leveled to the ground and in the 1990s an obelisk was added with a statue of Nike and a monument of St. George slaying the dragon.  The obelisk’s height is exactly 141.8 metres (465 ft), which is 10 centimetres (3.9 in) for every day of the War. A golden-domed Orthodox church was erected on the hilltop in 1993-95, followed by a memorial mosque and the Holocaust Memorial Synagogue.  At the 60th V-day celebrations in 2005, President Vladimir Putin inaugurated 15 extravagant bronze columns, symbolizing main fronts and navies of the Red Army during World War II (Wikipedia)]. 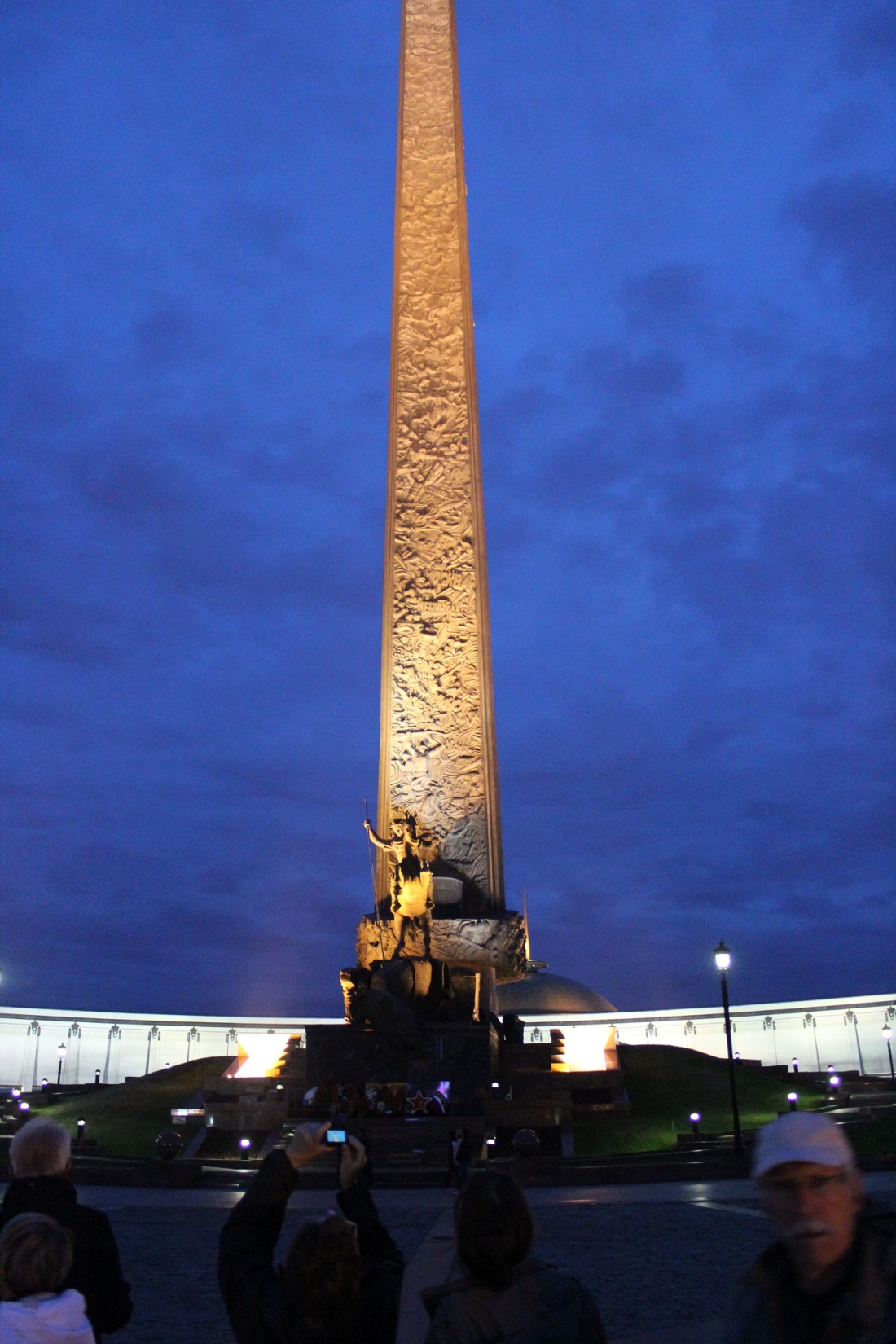 [Moscow State University in the background . . . ] 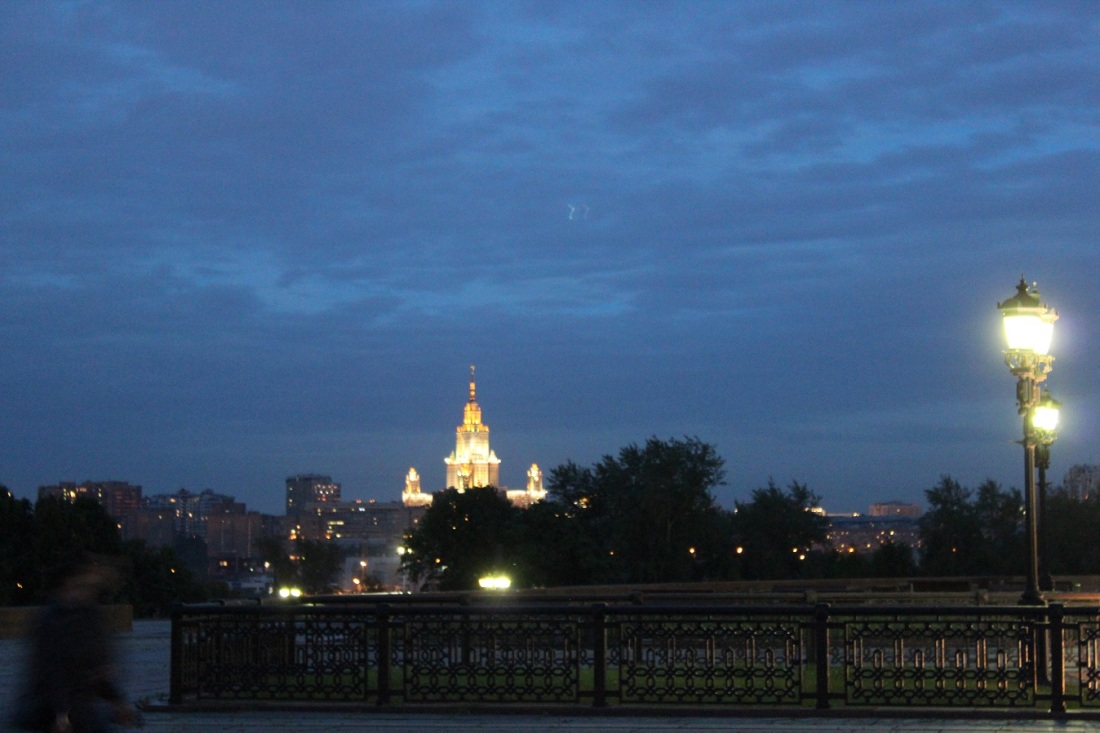 [About as close as we ever got to modern skyscraper Moscow . . . ] 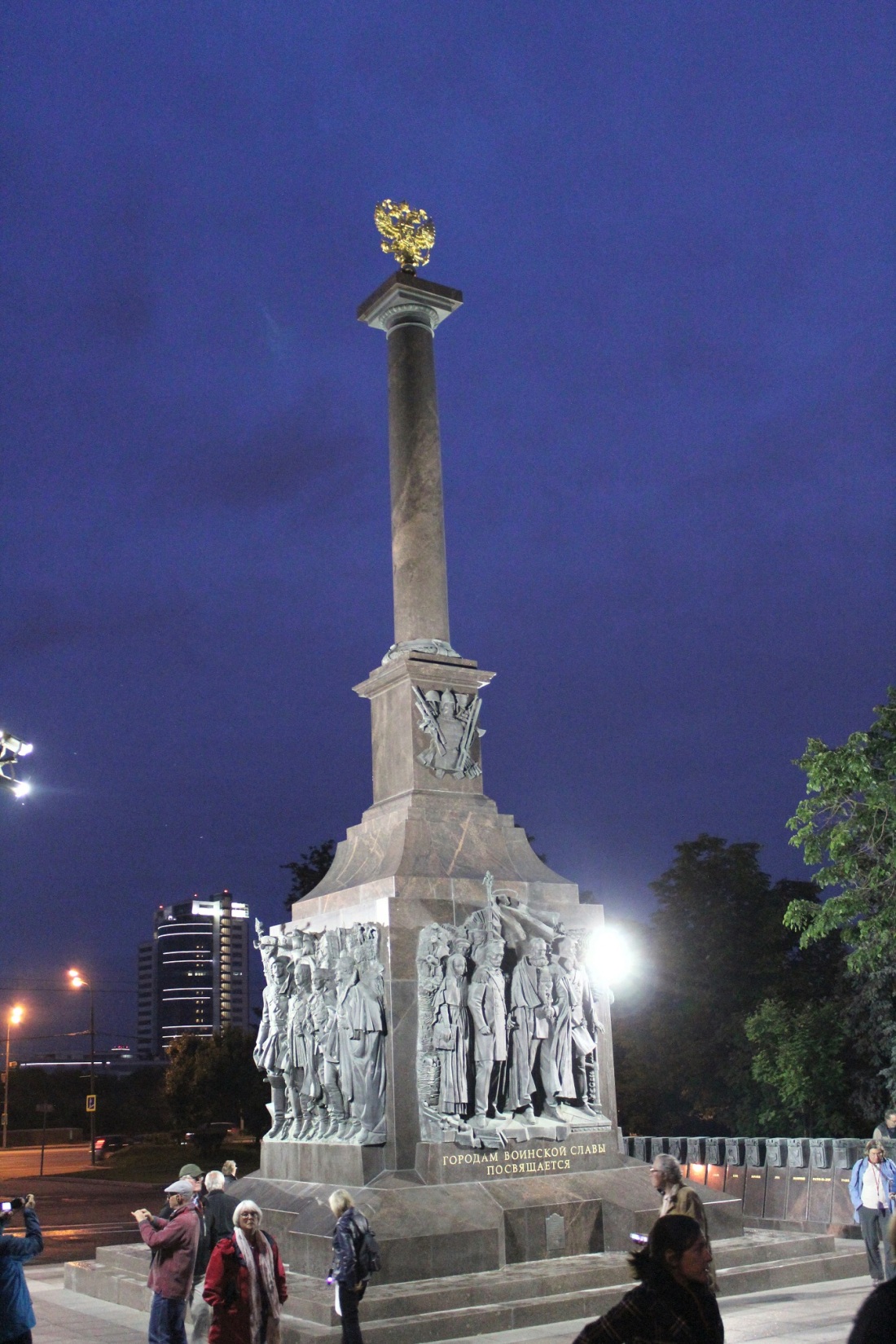 [Here we come; Walkin’ down the street; We get the funniest looks from; Everyone we meet; Hey, hey, we’re the Monkees . . . ] 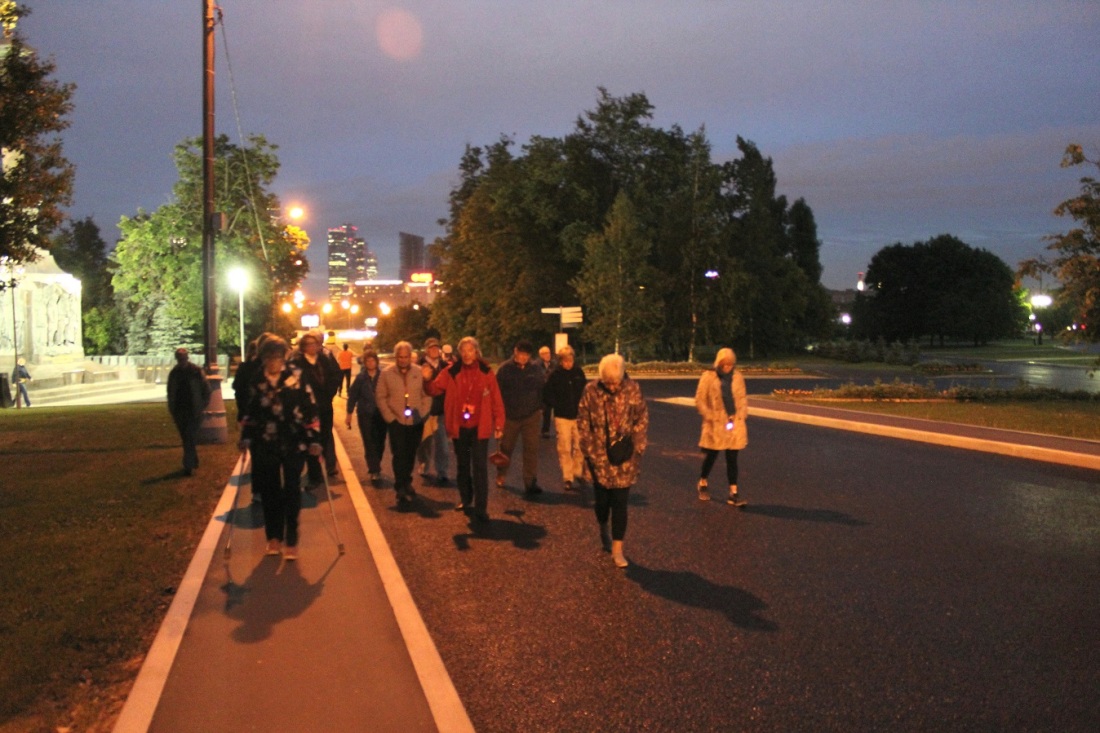 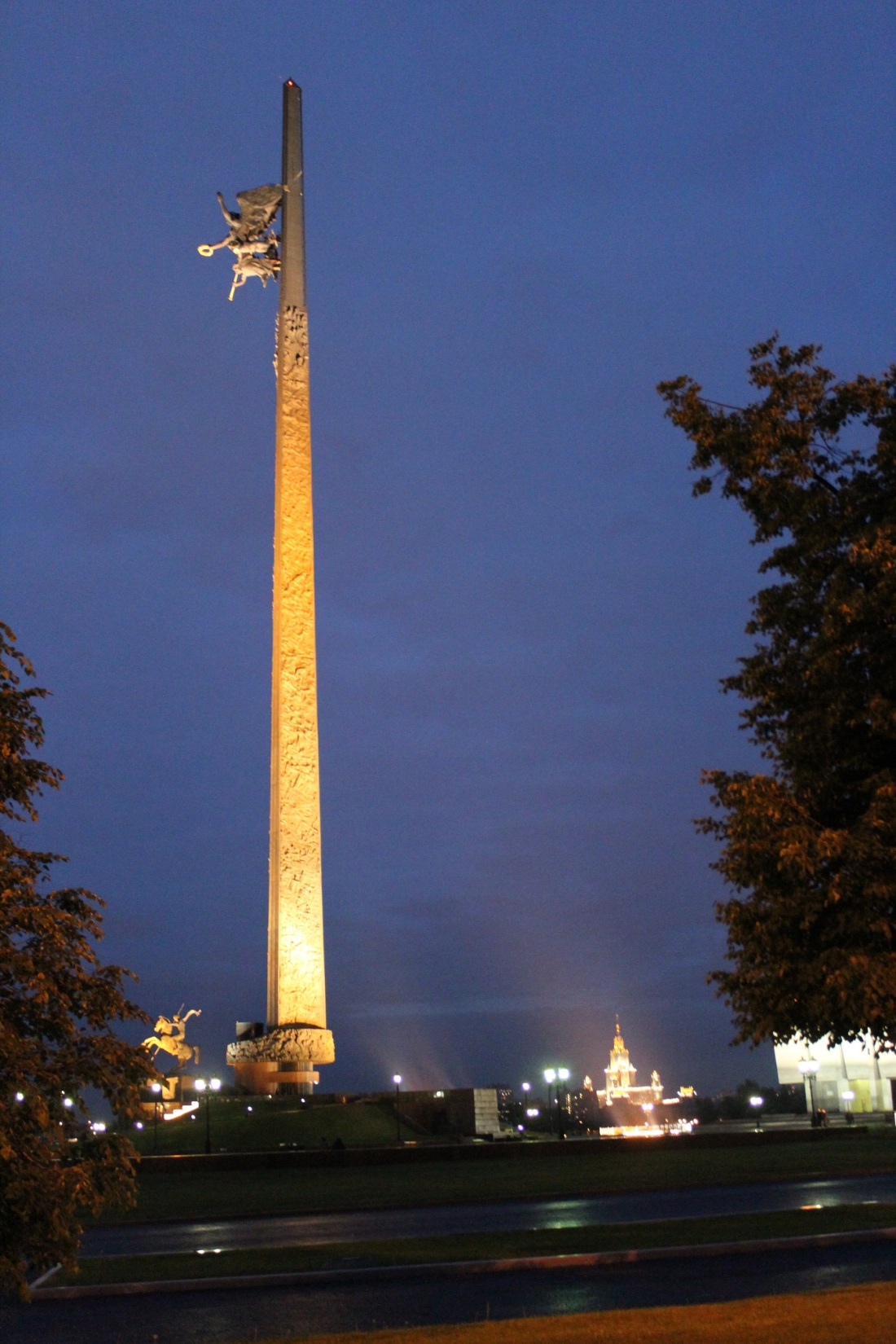 [On the road again.  This appears to be some sort of building under a black light?] 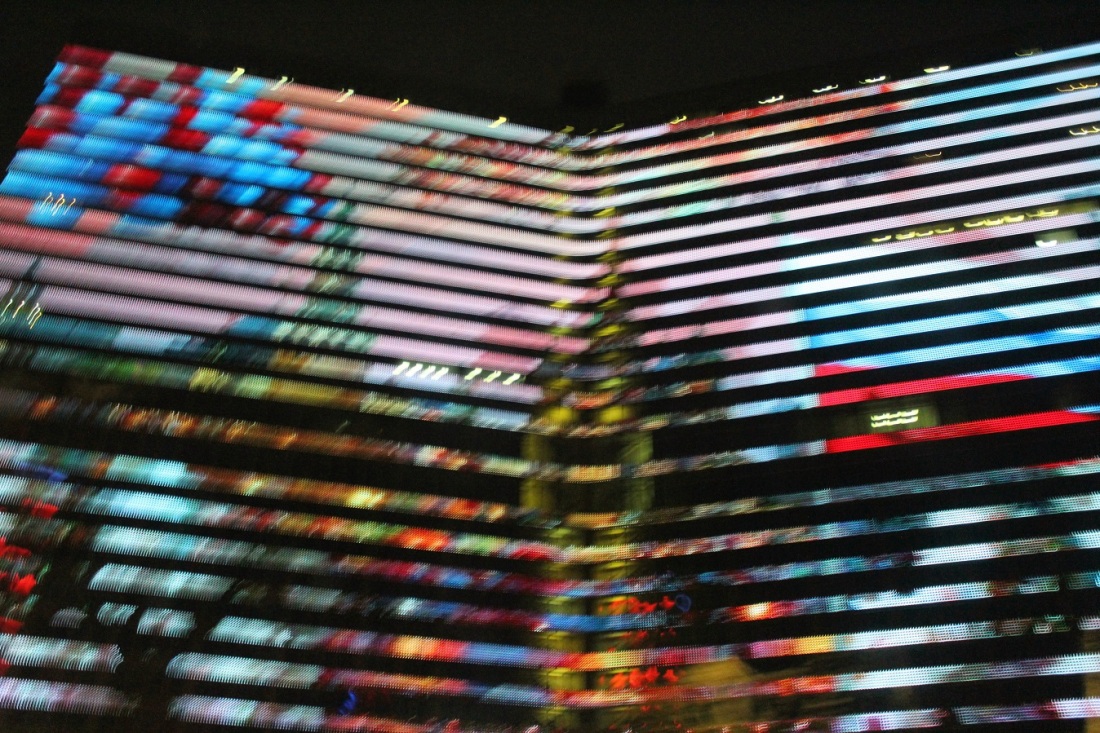 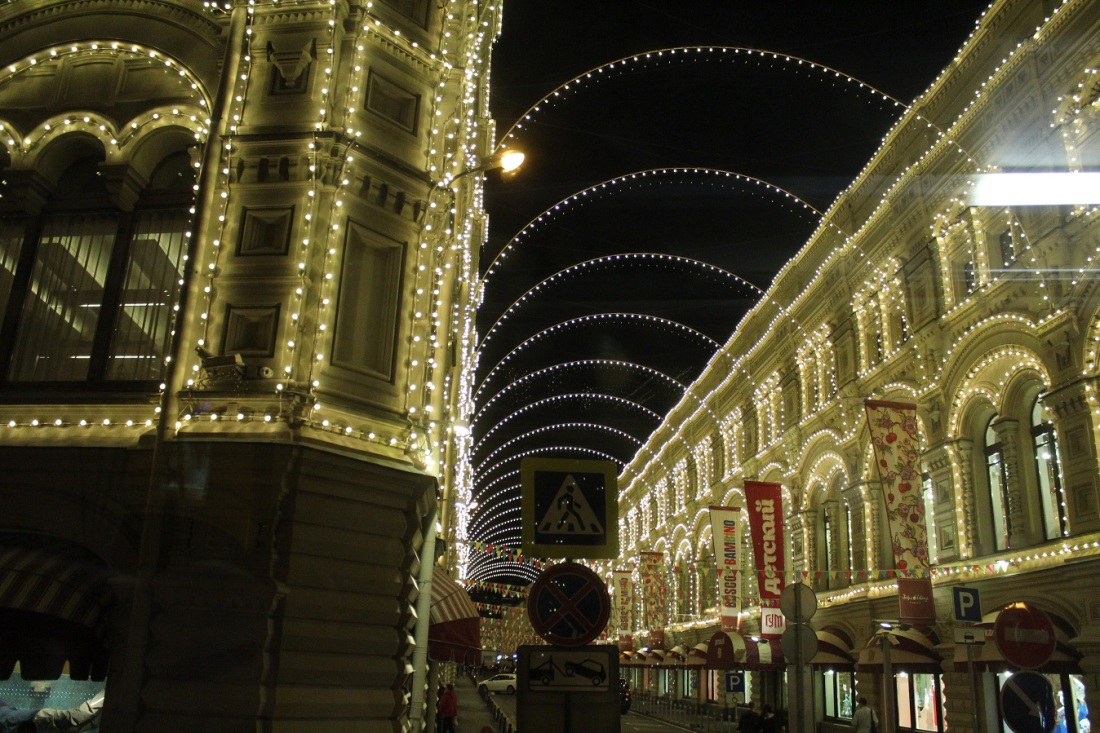 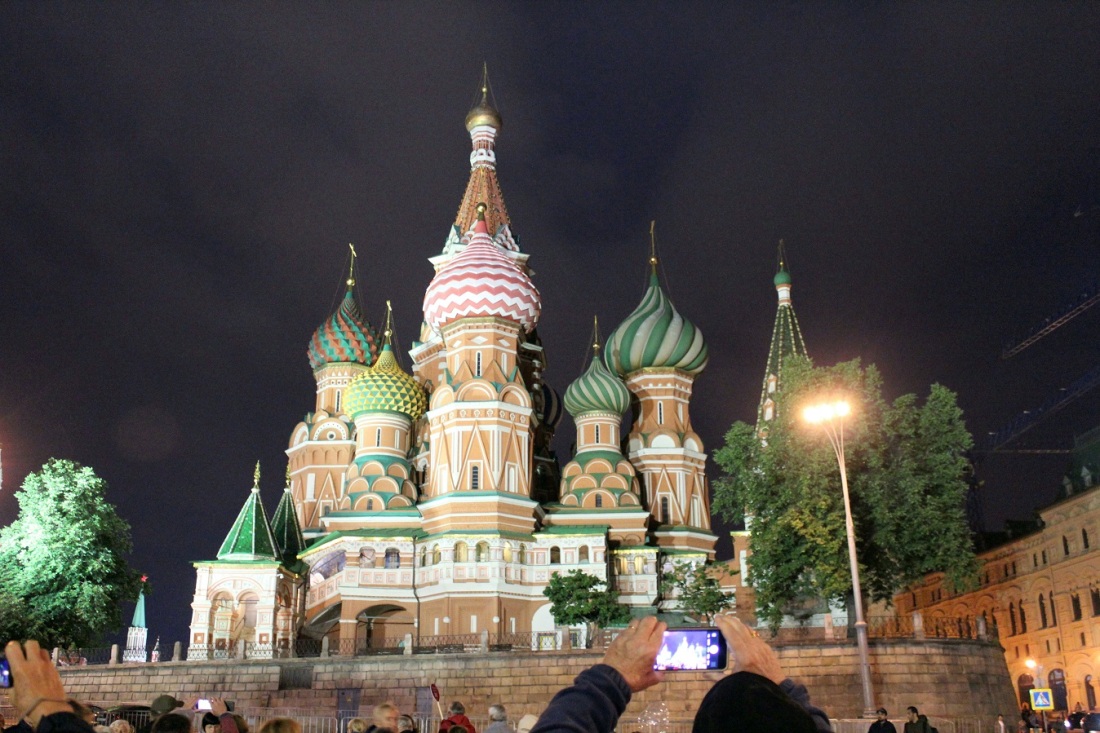 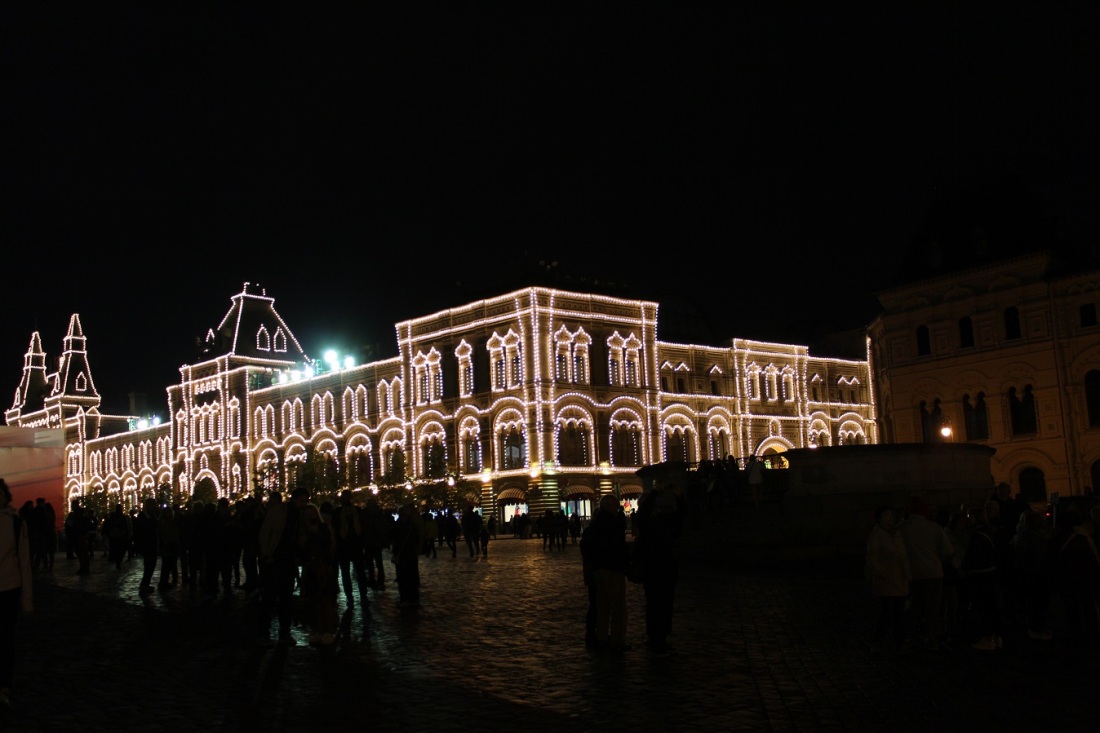 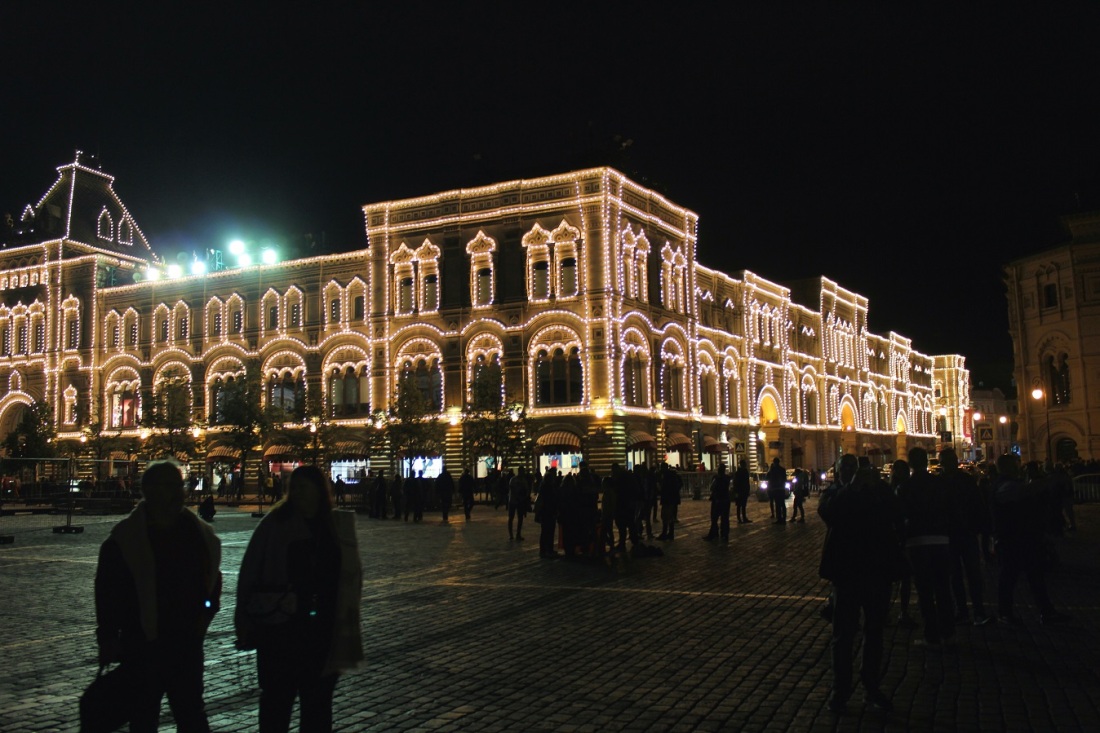 [Not your everyday department store.  Well, unless you’re Russian . . . ] 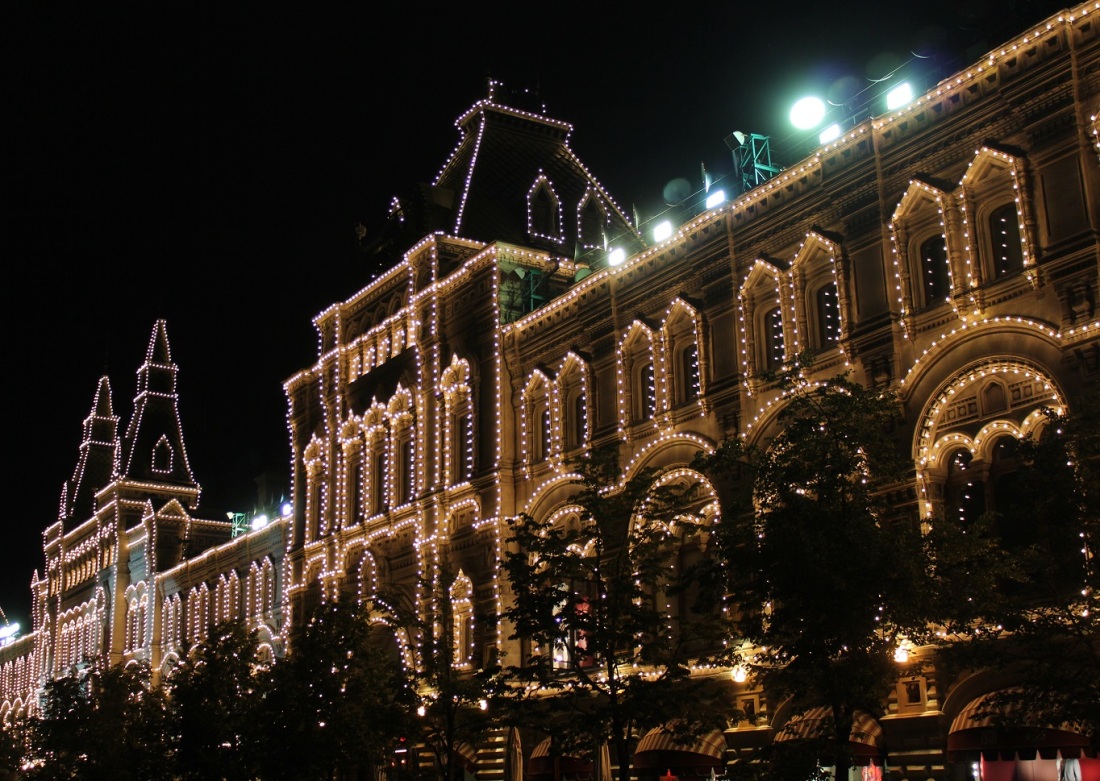 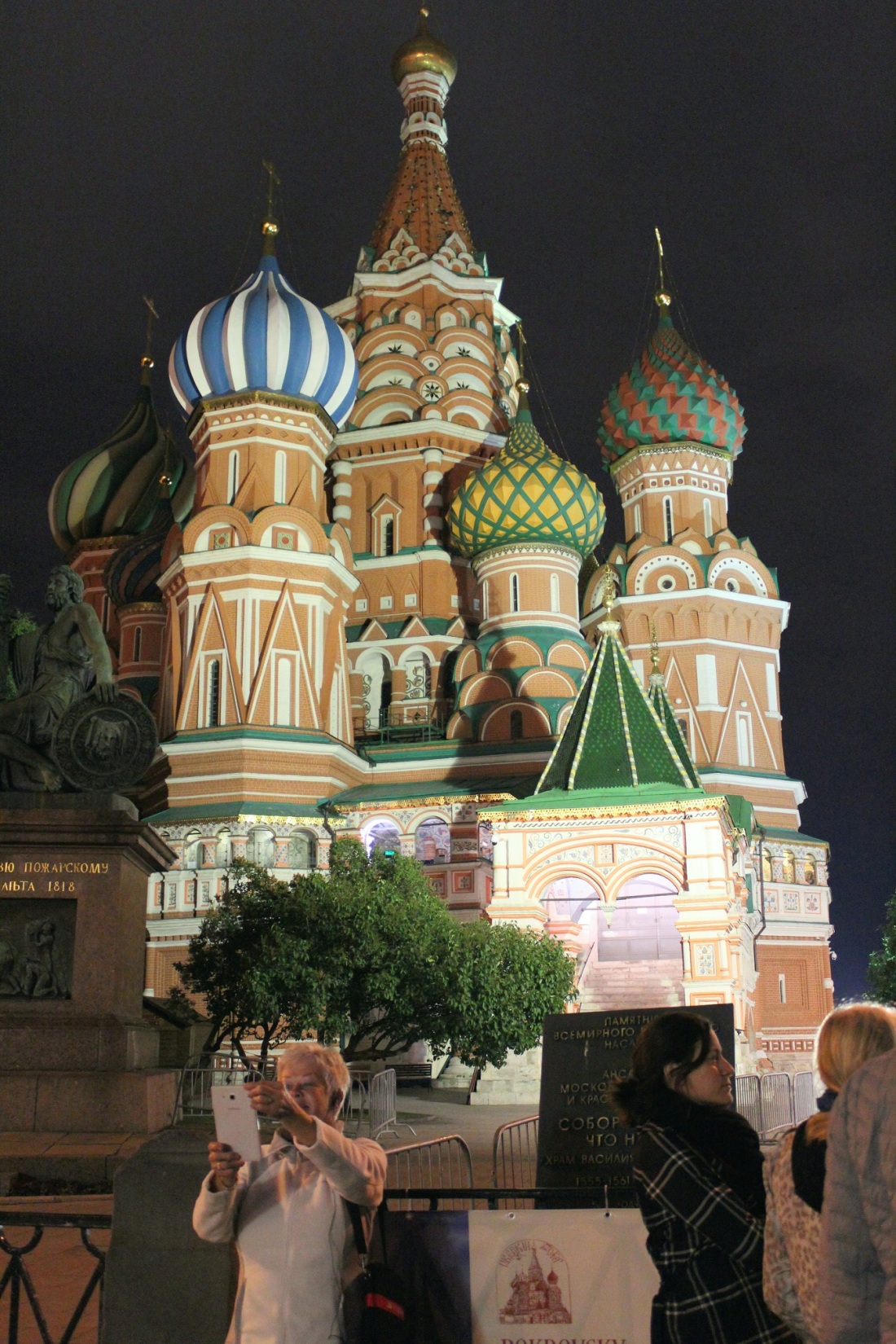 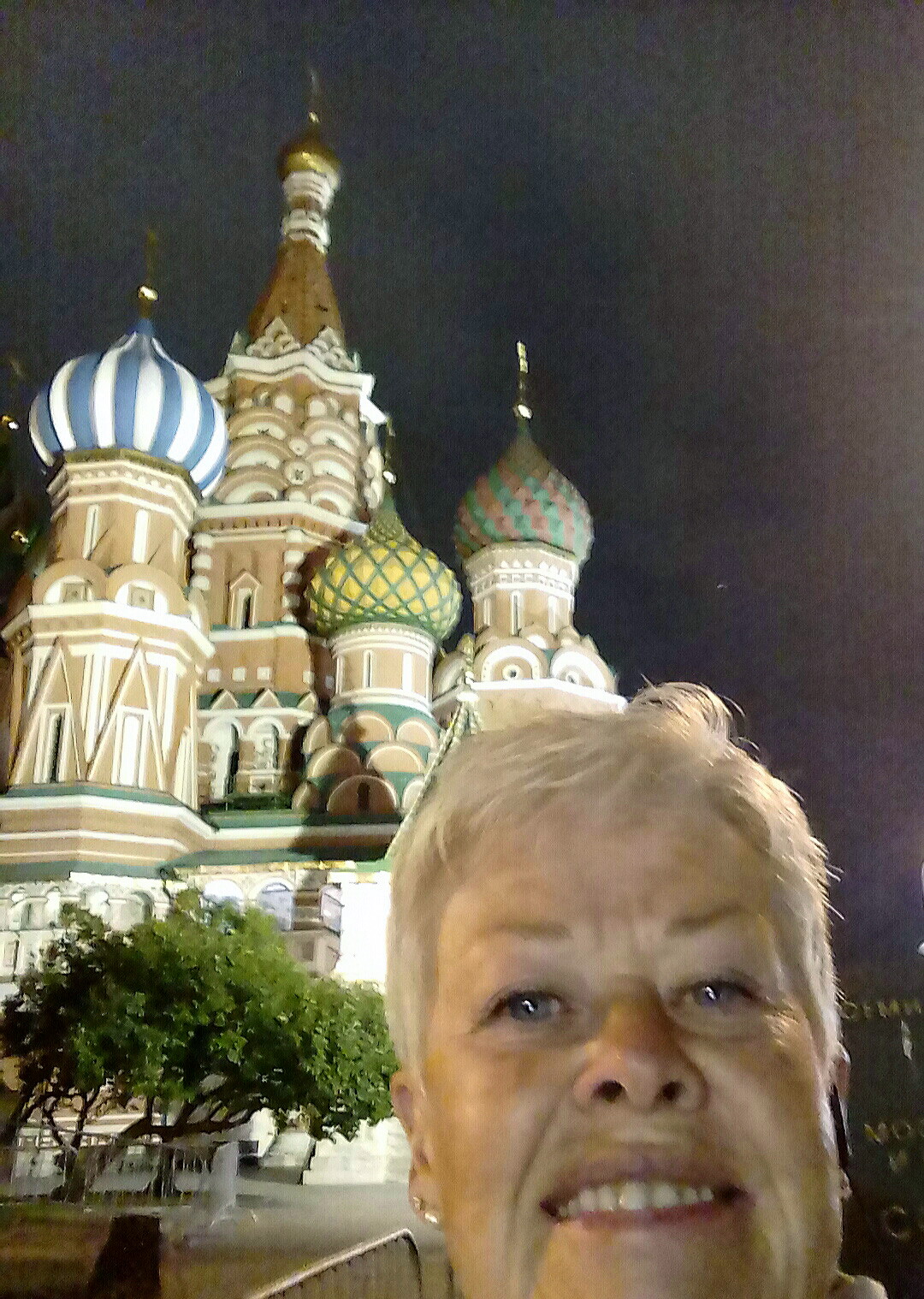 [Of course, night shots are mainly just about being artsy-fartsy . . . ] 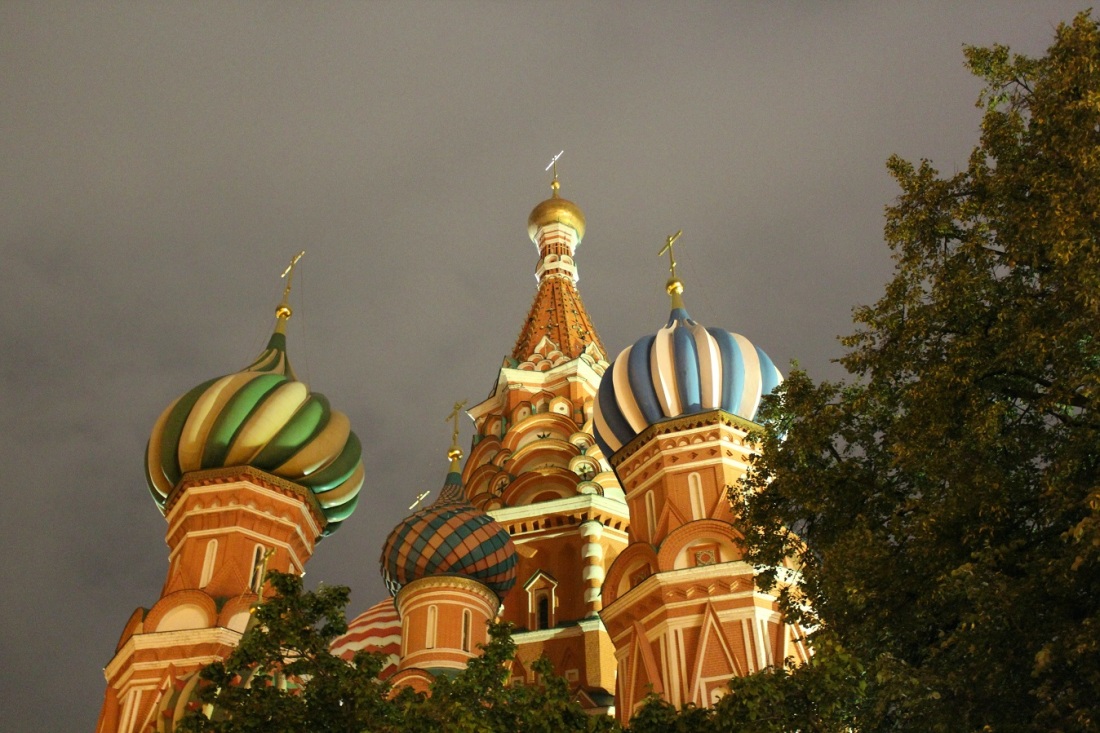 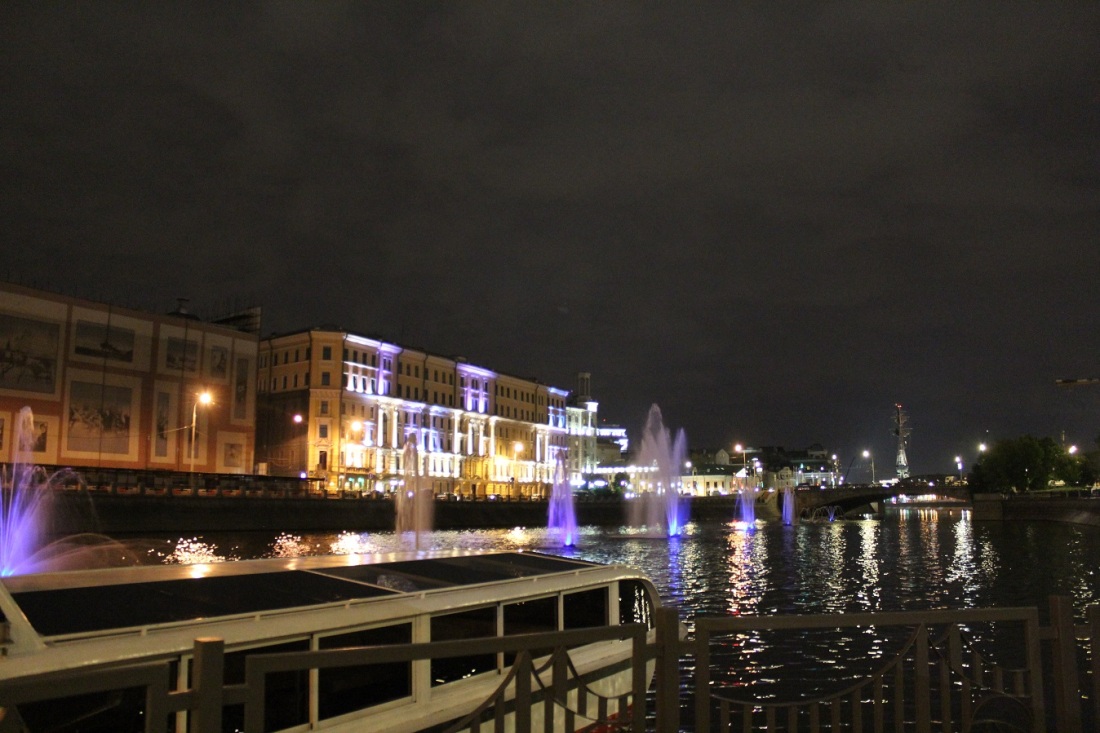 [Turning a corner and under a bridge, our first sighting of some really amazing  . . .  sights!]

[Unknown (or maybe previously identified?) yellow buildings on the Moskva . . . ] 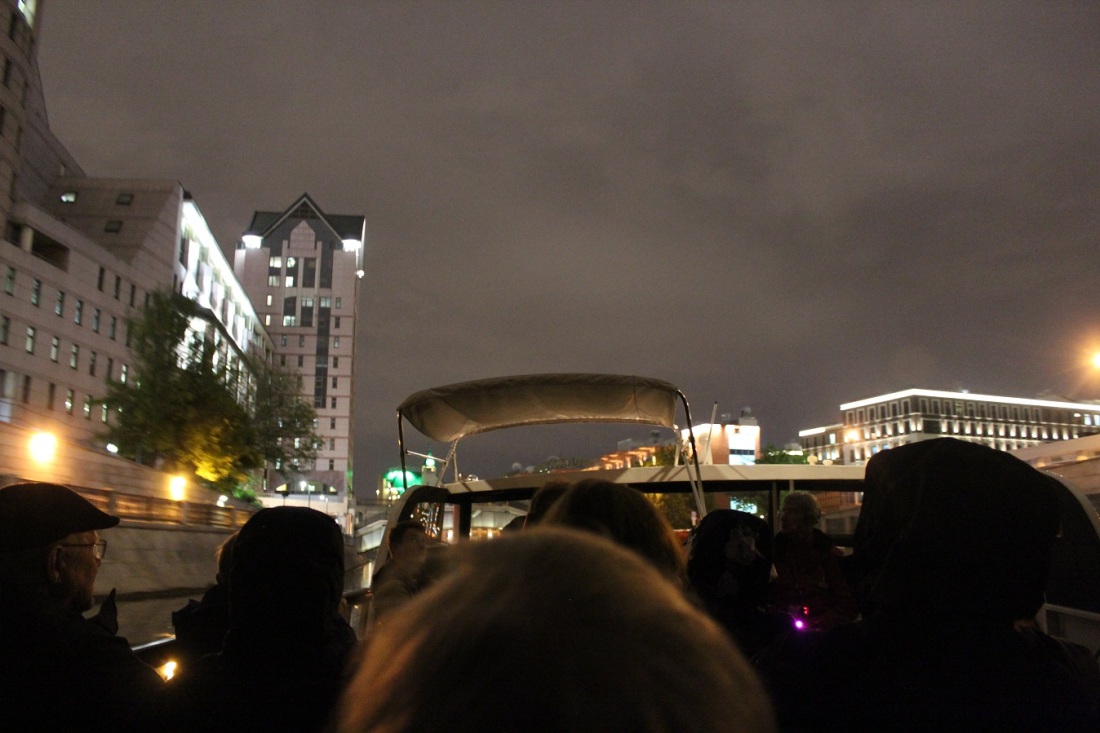 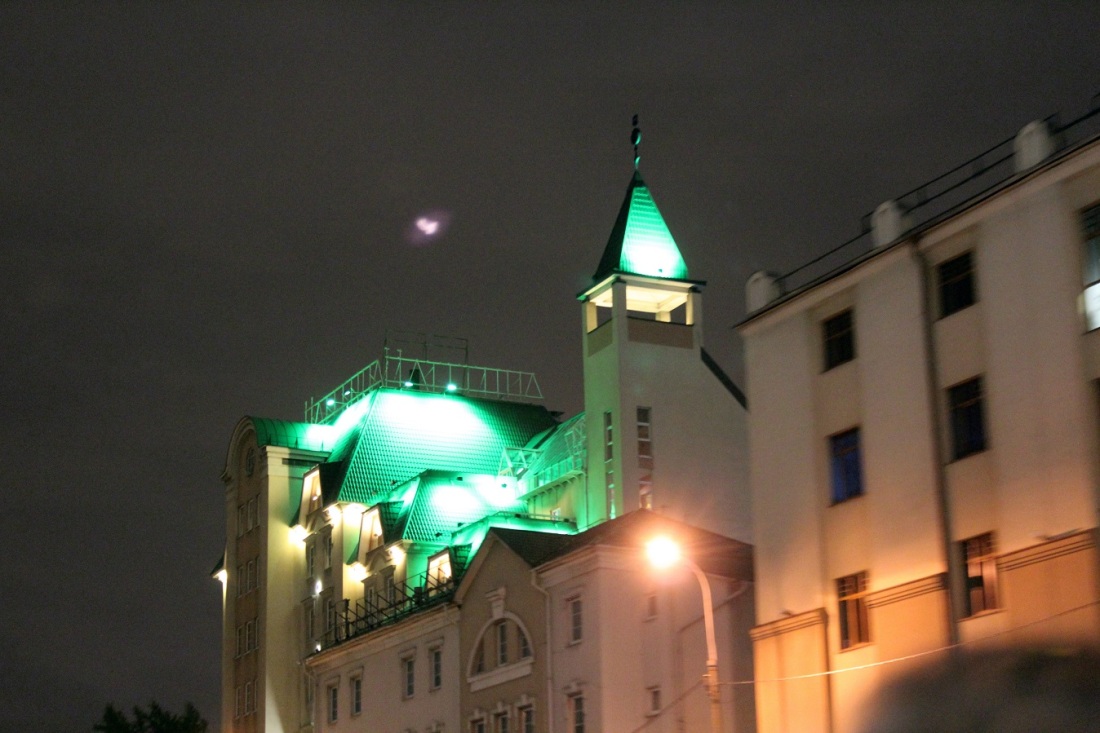 [The tall one is the Swissotel Krasnye Holmy, a luxury hotel . . . ]

[Zaryadye Park sits atop the territory of Moscow’s oldest neighborhood outside the Kremlin . . . ]

[Zaryadye Park is a landscape urban park located adjacent to Red Square on the site of the former Rossiya Hotel.  Zaryadye Park is the first public park built in Moscow for over 50 years, the last being the Soviet Friendship Park built for the 1957 Festival of Youth and Students.  The park was inaugurated on 9 September 2017 by Vladimir Putin and Moscow Mayor Sergey Sobyanin.  ‘Time’ magazine puts Zaryadye Park on 2018 list of World’s Greatest Places (Wikipedia).  We were here again the next day, so stay tuned . . . ] 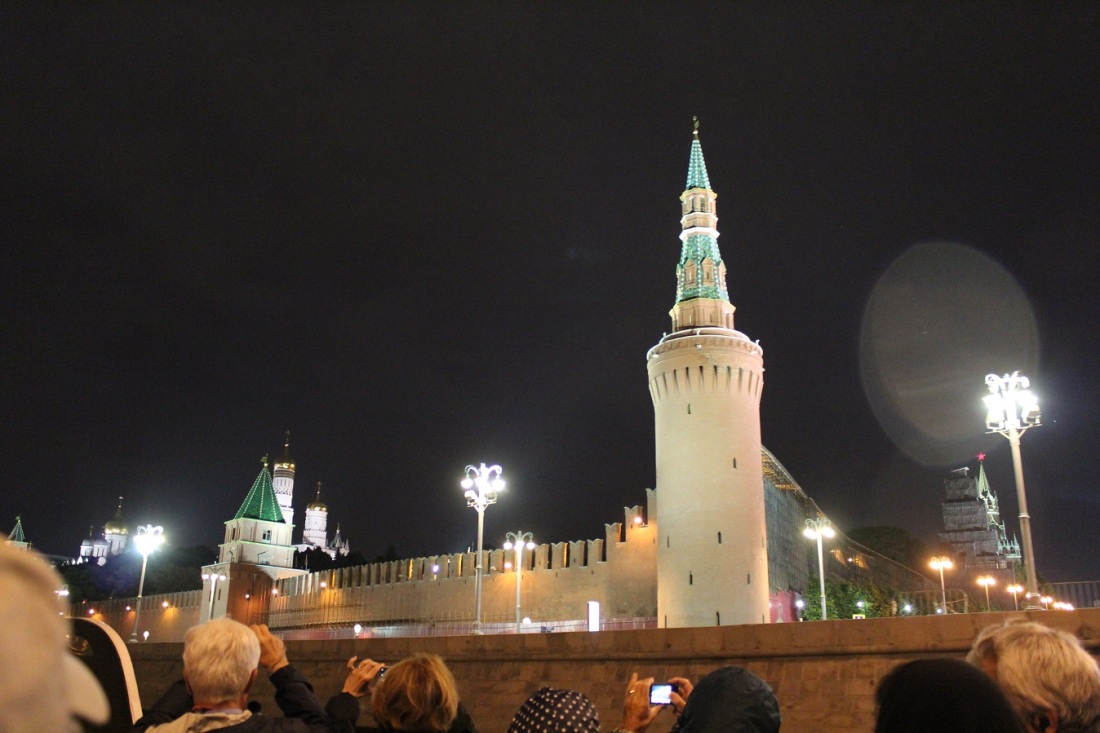 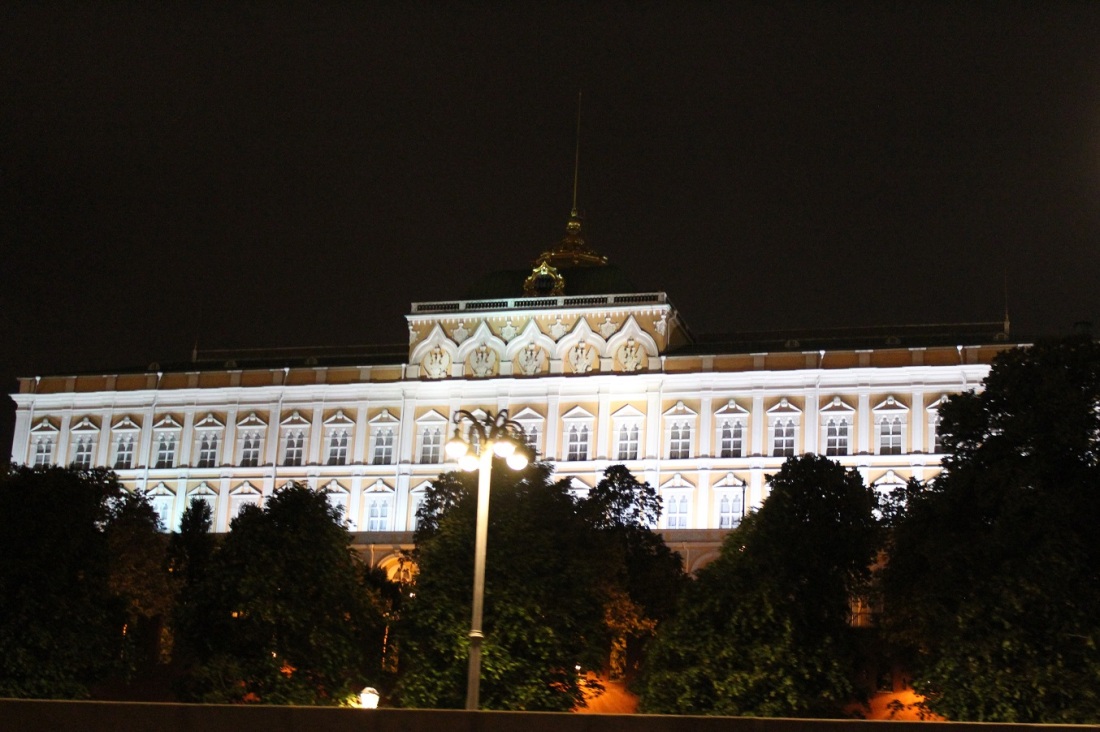 [And the Cathedral of Christ the Saviour . . .] 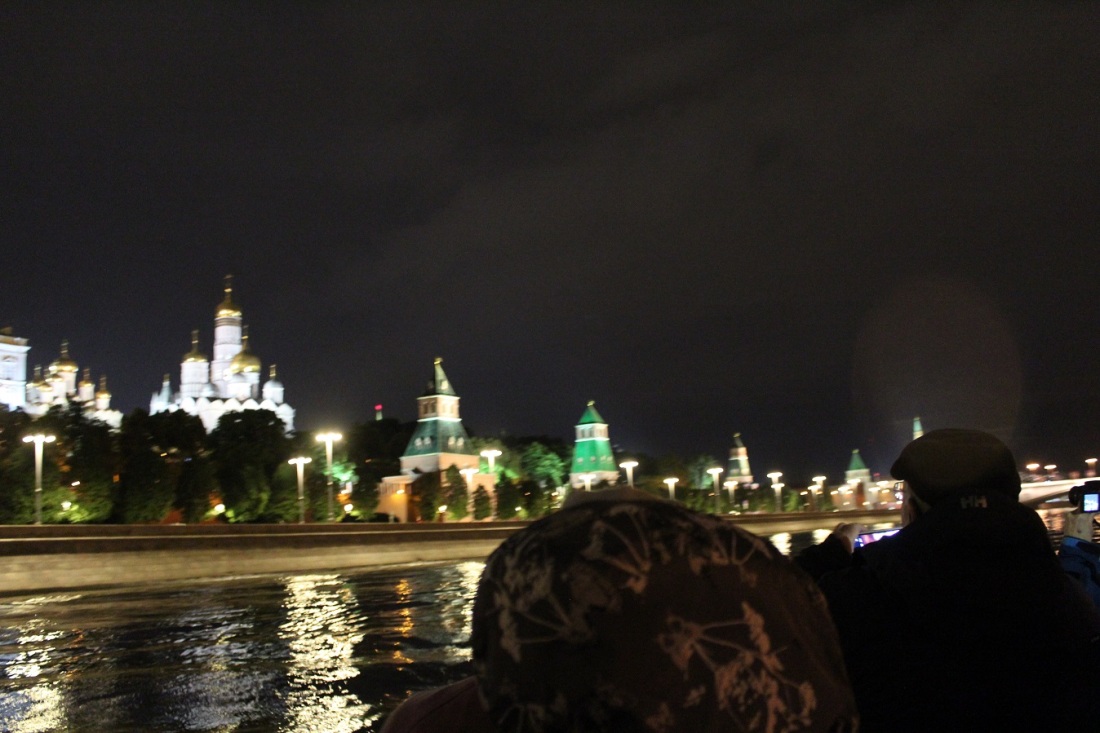 [The aforementioned (and visited) Zaryadye Park with the “floating bridge” on the way back . . . ]

[And the previously visited Moscow International House of Music . . . ] 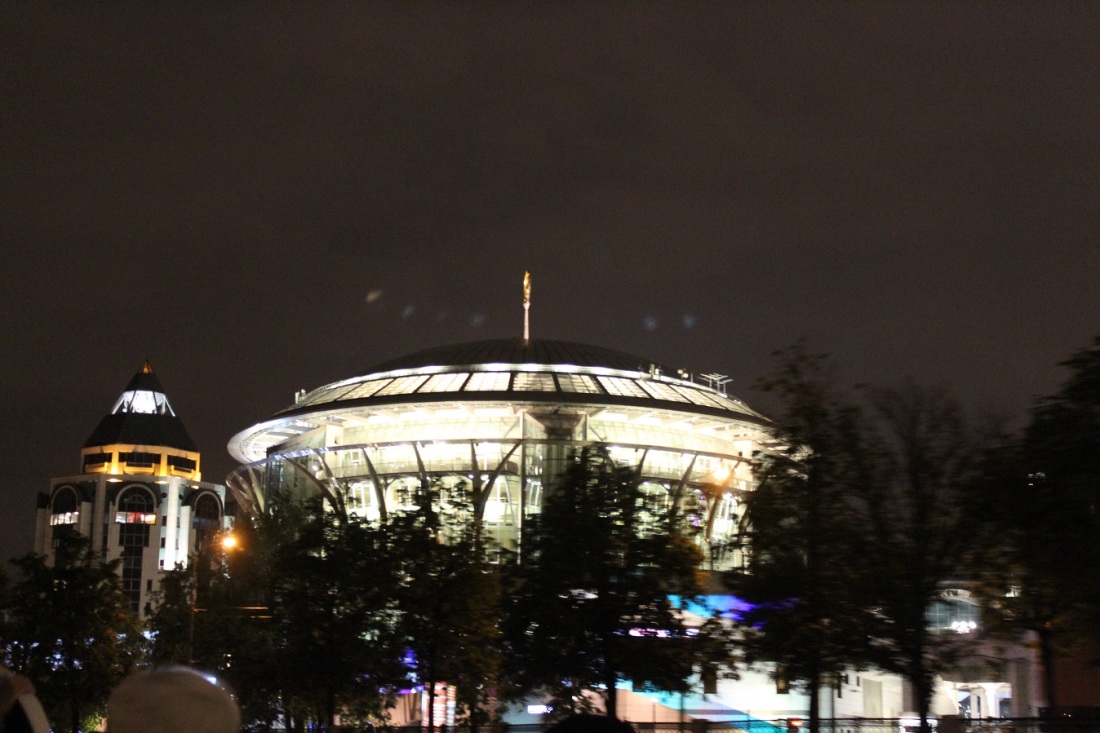 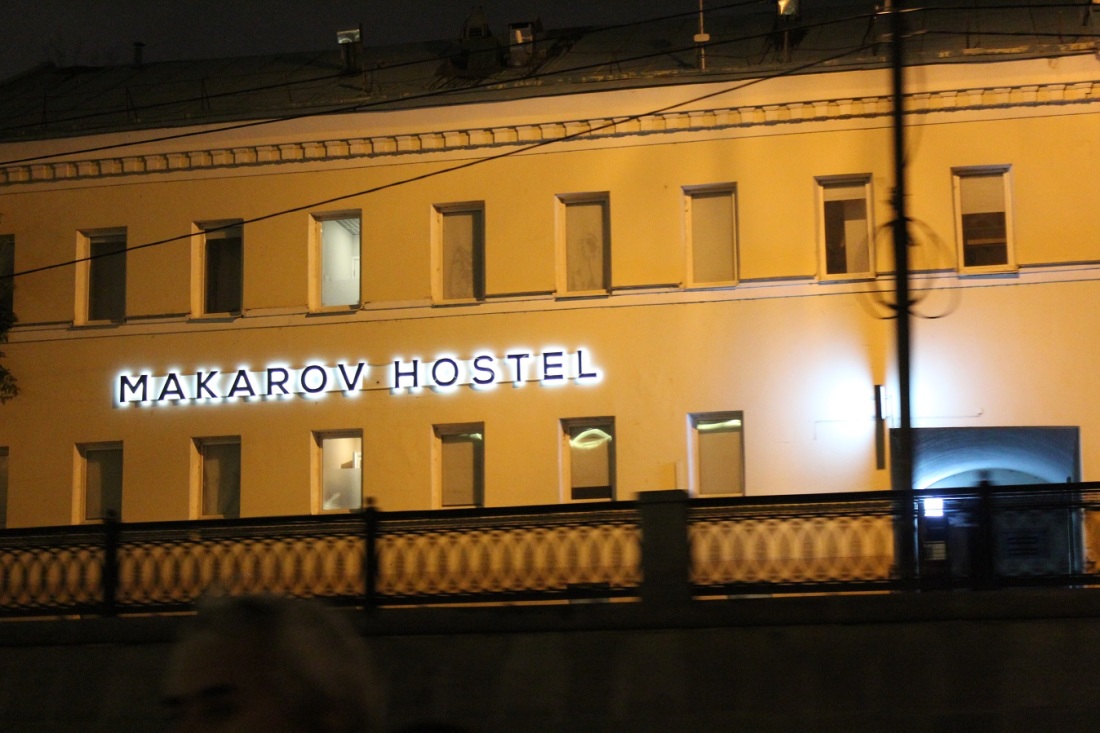 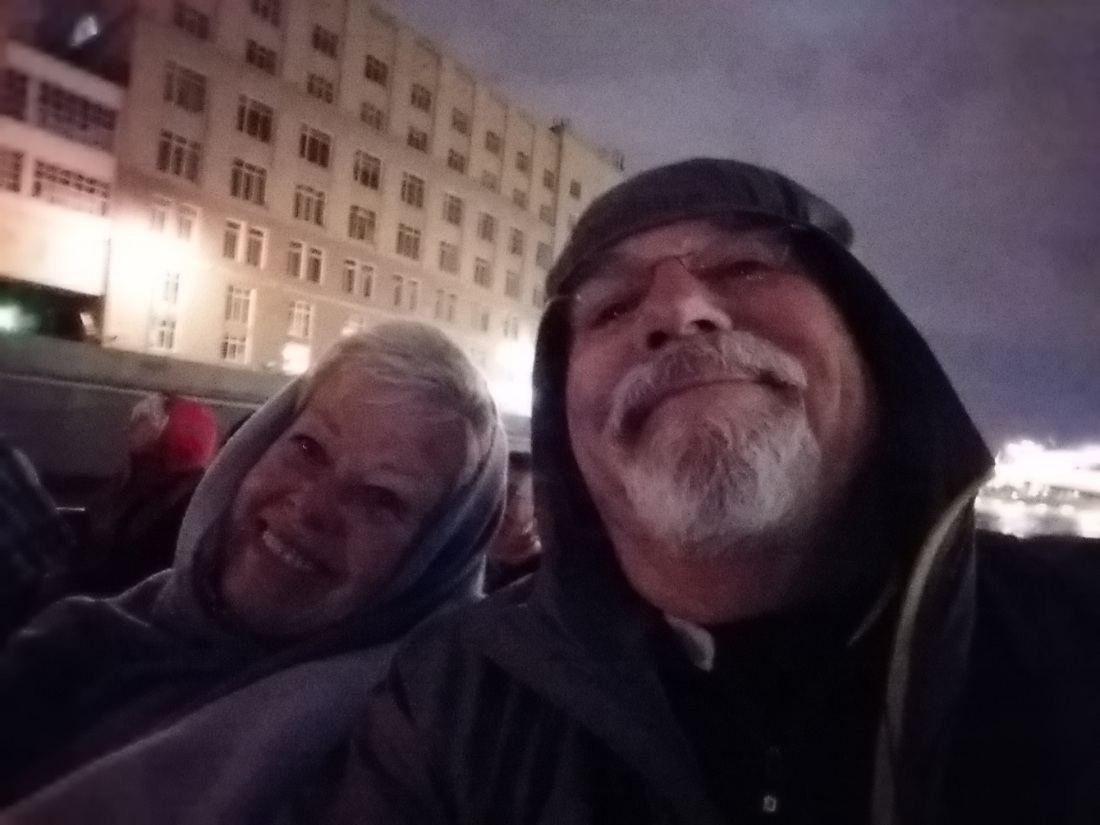 [See you again tomorrow for our last full day in Russia (photo by Pam).]

Yesterday I bought my first pair of American shoes. They were made in Italy.  ~  Vladimir Ivanoff

Up Next: The last full day in Russia.