[After the Sagrada Familia tour, we were free to wander about on our own – so we did!  Here we’re getting our bearings for a walk to the Barcelona waterfront on the Balearic Sea.] 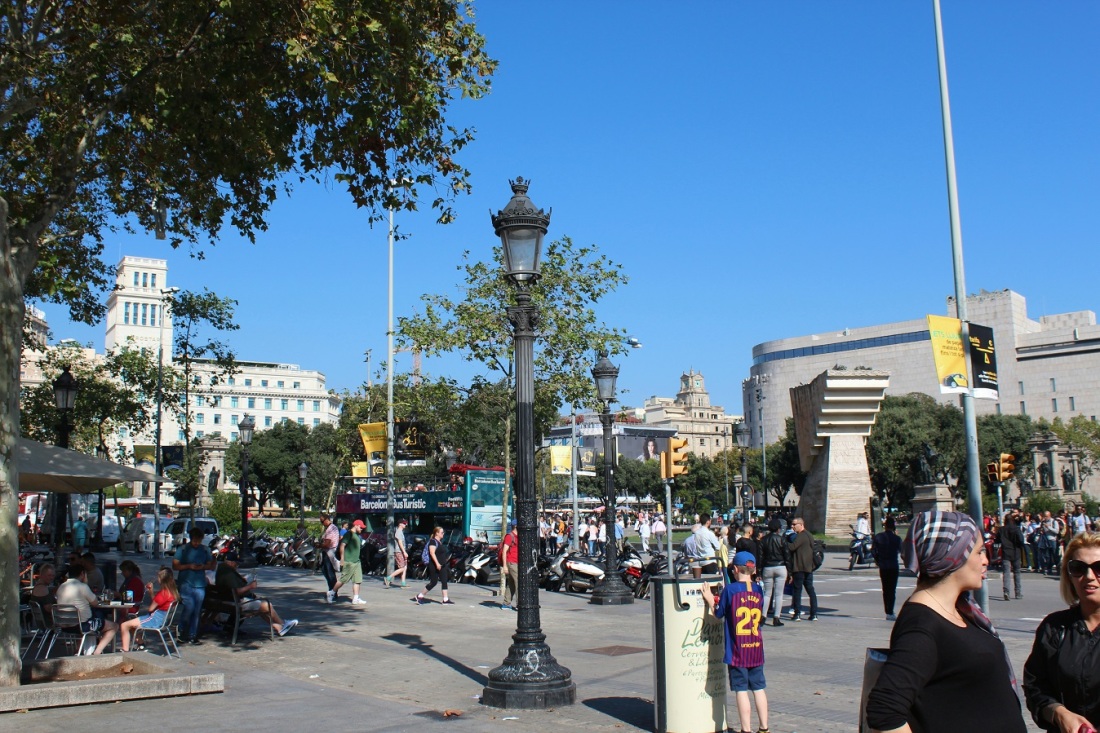 [And this appeared to be the major thoroughfare to accomplish such . . . ] 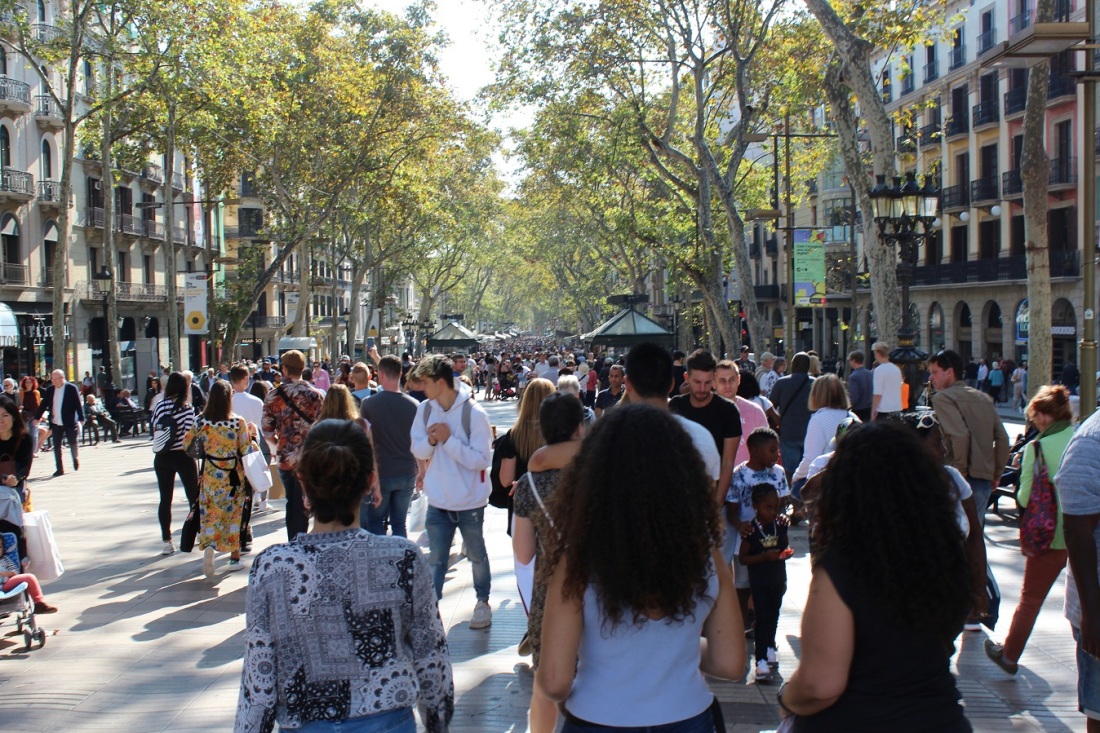 [La Rambla is a street in central Barcelona.  A tree-lined pedestrian street, it stretches for 1.2 kilometres (0.75 mi) connecting Placa de Catalunya in the centre with the Christopher Columbus Monument at Port Vell.  La Rambla forms the boundary between the quarters of Barri Gotic, to the east, and El Raval, to the west.  La Rambla can be crowded, especially during the height of the tourist season. Its popularity with tourists has affected the character of the street, with a move to pavement cafes and souvenir kiosks.  The Spanish poet Federico Garcia Lorce once said that La Rambla was “the only street in the world which I wish would never end” (Wikipedia).] 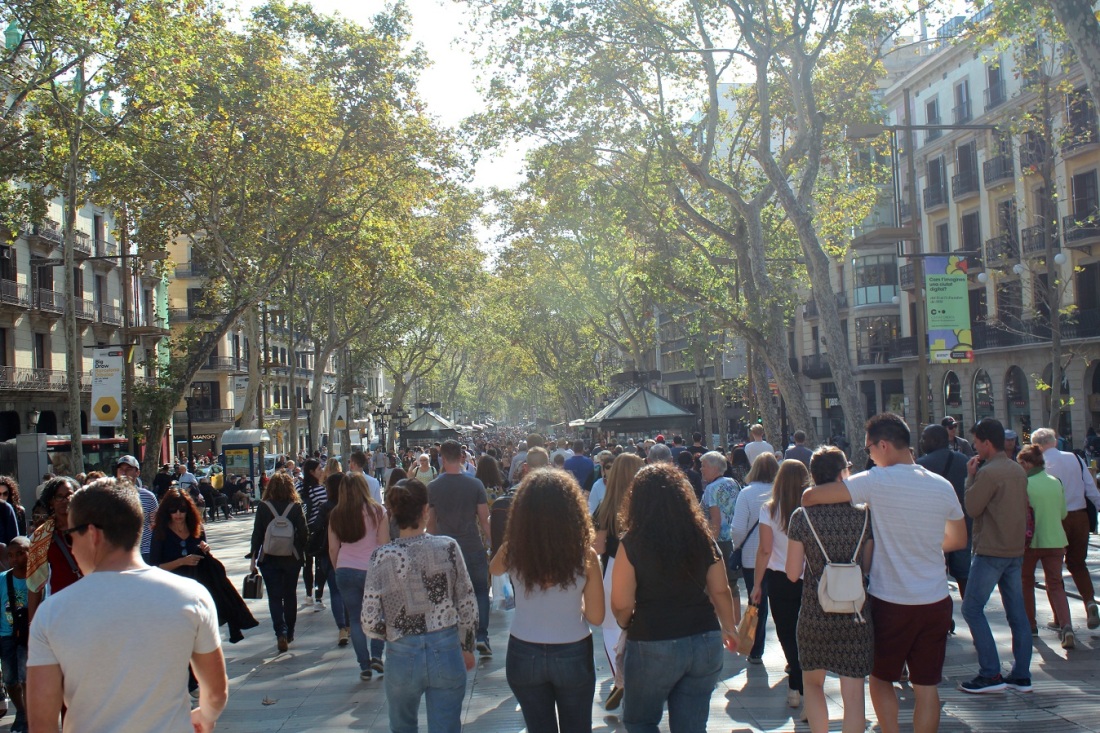 [The can be crowded part was certainly in effect on this day . . . ]

[Well, let’s escape the crowds of La Rambla on a side street.  Oooops!]

[Overlooking a rather supersized food market . . . ]

[The Mercat de Sant Josep de la Boqueria, often simply referred to as La Boqueria, is a large public market in the Ciudad Vieja district of Barcelona, Catalonia, Spain, and one of the city’s foremost tourist landmarks, with an entrance from La Rambla, not far from the Liceo, Barcelona’s opera house (Wikipedia).] 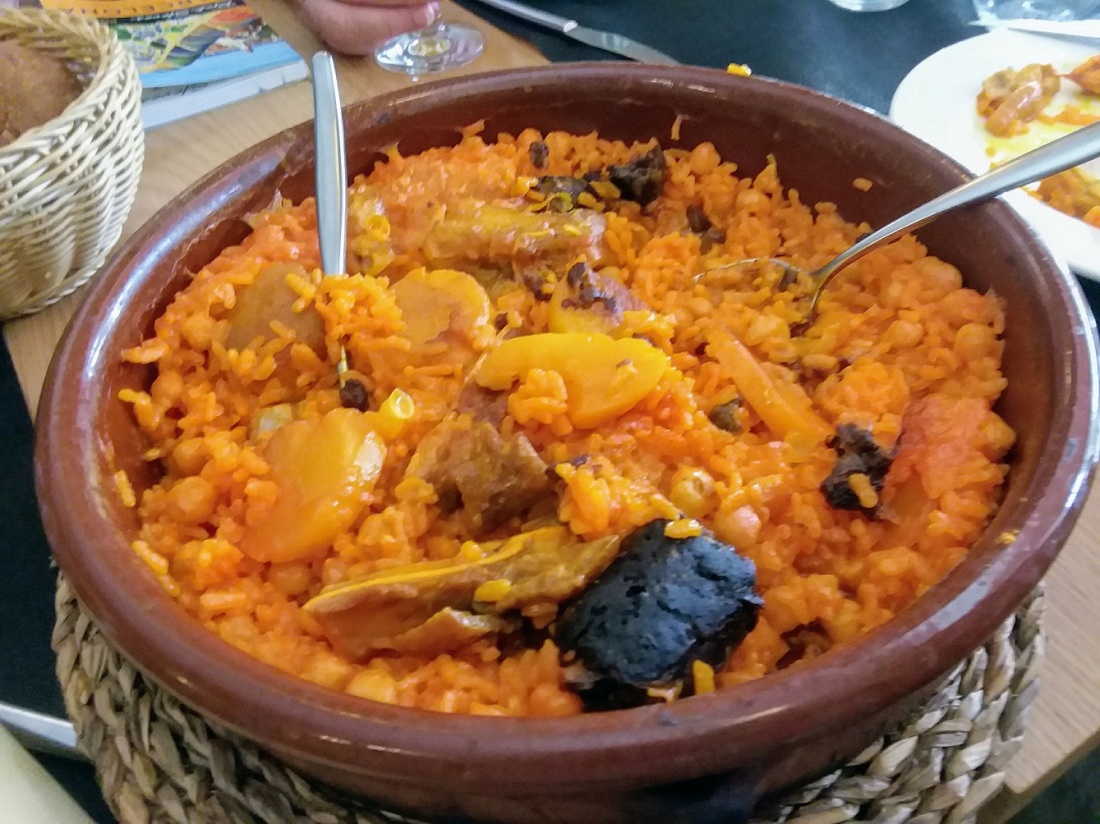 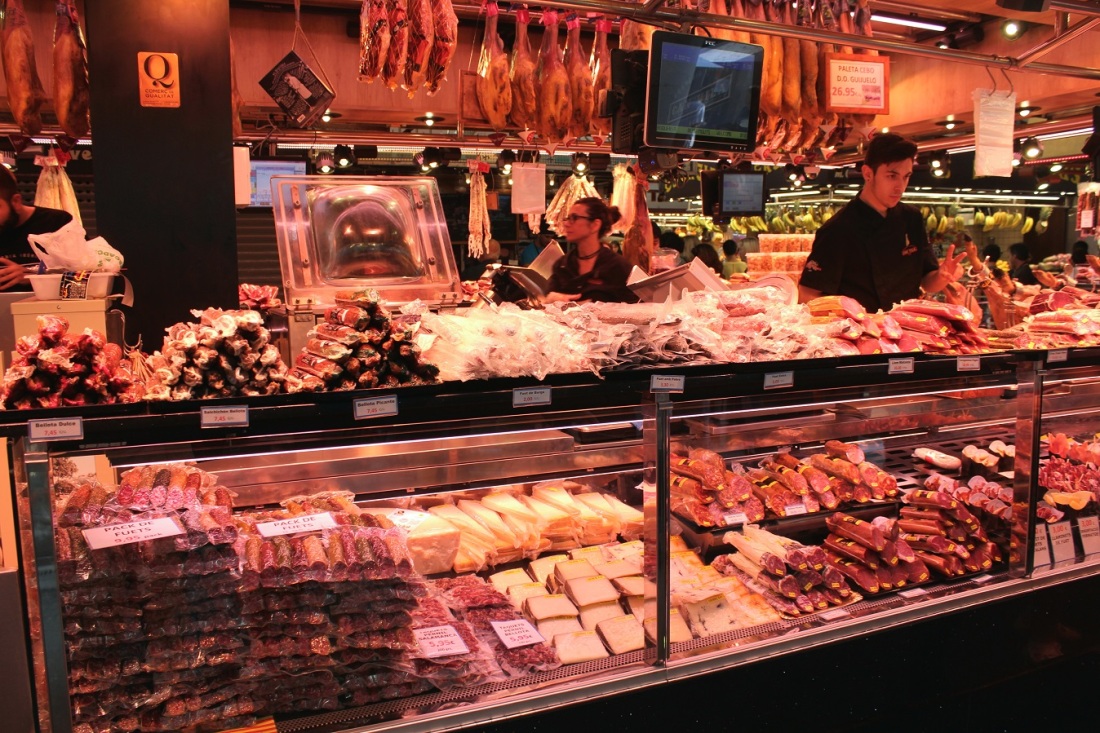 [The Super discovered something!]

[Obviously our adventures in Barcelona were not universally appreciated . . . ]

[The Gran Teatre del Liceu, or simply Liceu in Catalan, is an opera house on La Rambla in Barcelona, Catalonia. The Liceu opened on 4 April 1847. The adjacent Liceu metro station is named for the theatre (Wikipedia).] 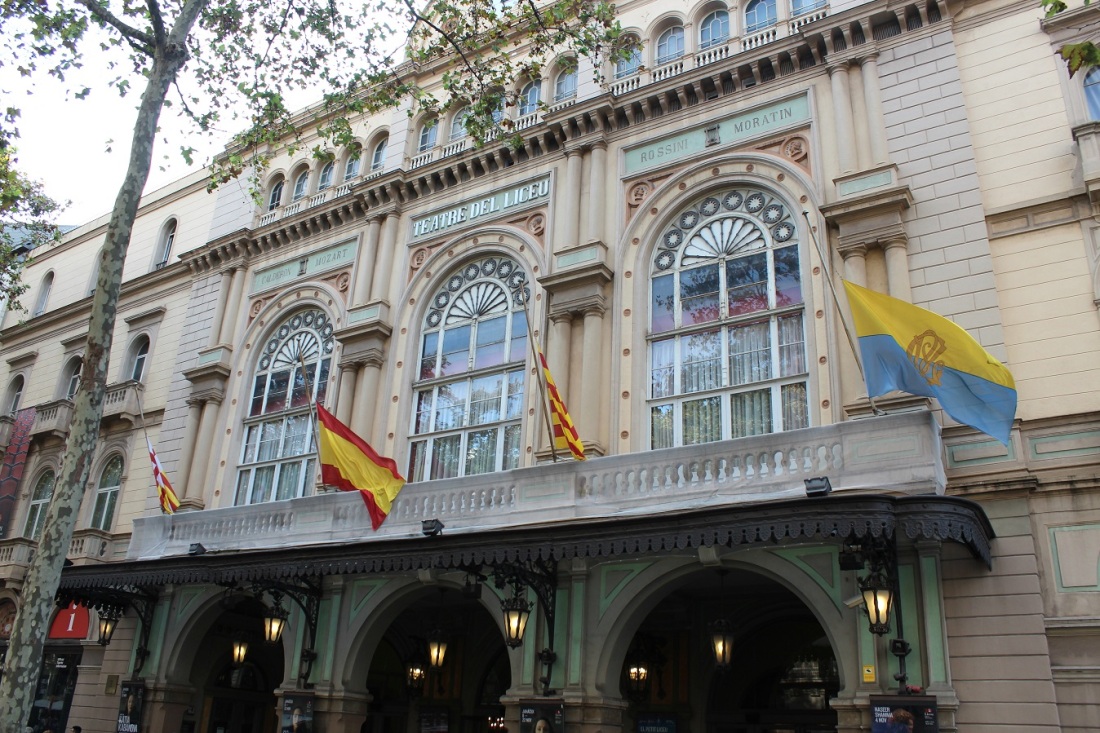 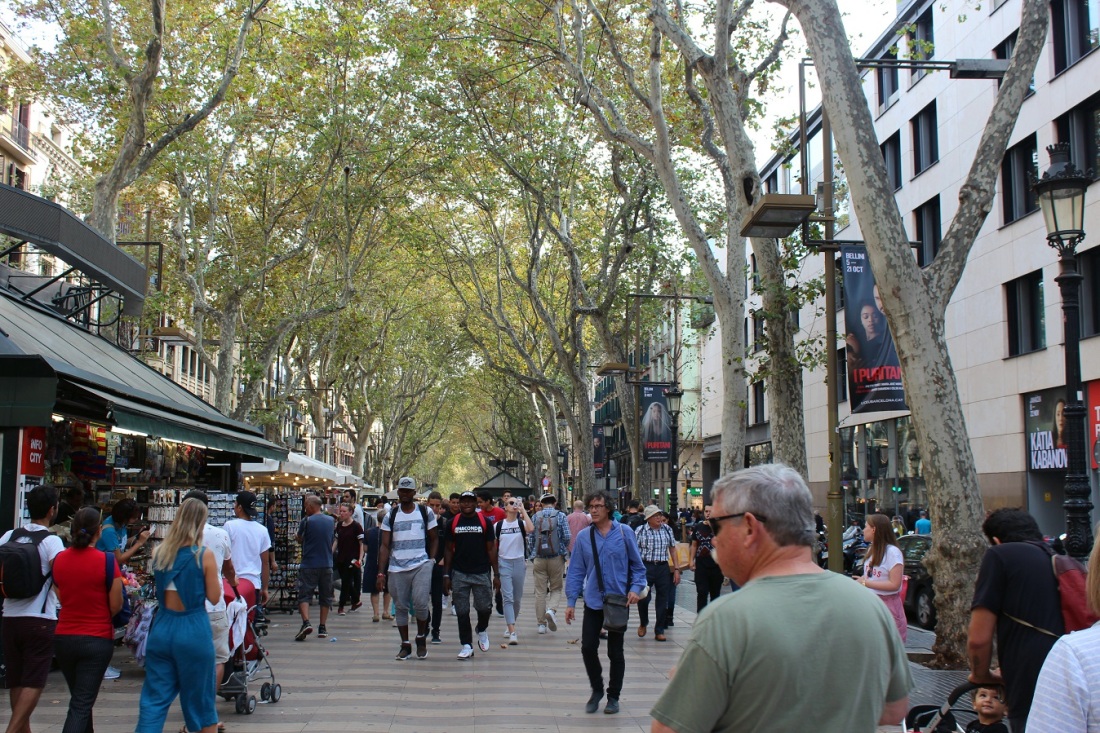 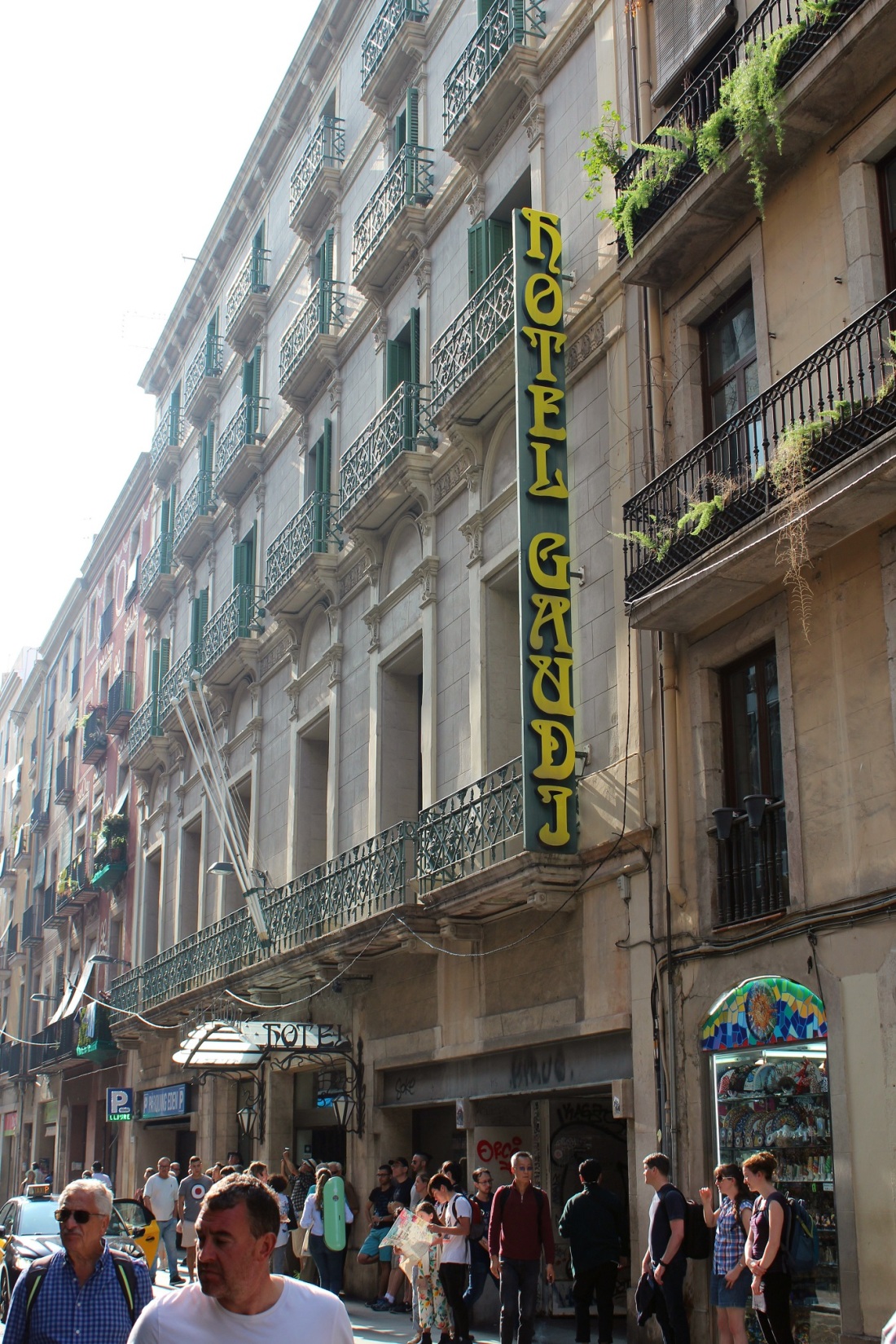 [The Palau Güell is a mansion designed by the architect Antoni Gaudi for the industrial tycoon Eusebi Guell and built between 1886 and 1888. It is situated on the Carrer Nou de la Rambla in the El Raval neighborhood. It is part of the UNESCO World Heritage Site “Works of Antoni Gaudí” (Wikipedia).]

[The Teatre Principal (in Catalan, or in Spanish Teatro Principal) is the oldest theatre in Barcelona, founded in 1579, built between 1597 and 1603 and rebuilt several times, mainly in 1788 and again in 1848. The theatre was originally named the Teatro de la Santa Cruz in Spanish (or Teatre de la Santa Creu in Catalan). It is located on the famous avenue of La Rambla (Wikipedia).] 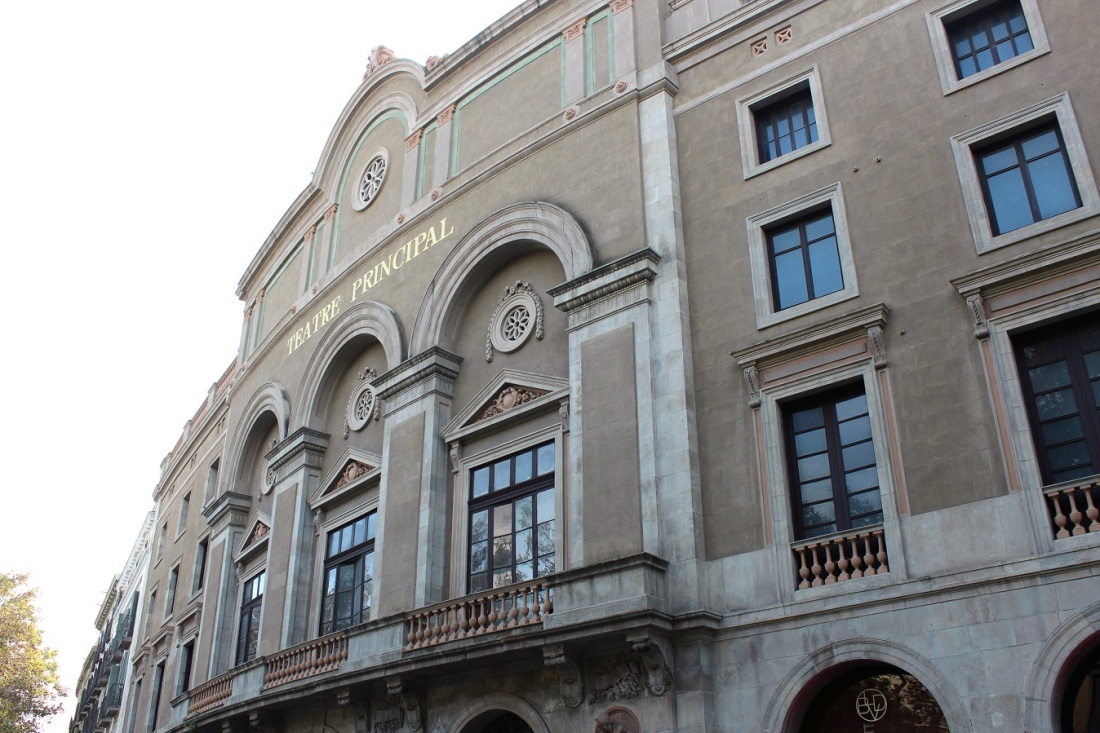 [Continuing on, we began running into sidewalk cafes for which we were looking before lunch . . . ]

[The Super and Anne looking over a variety of small beverages . . . ] 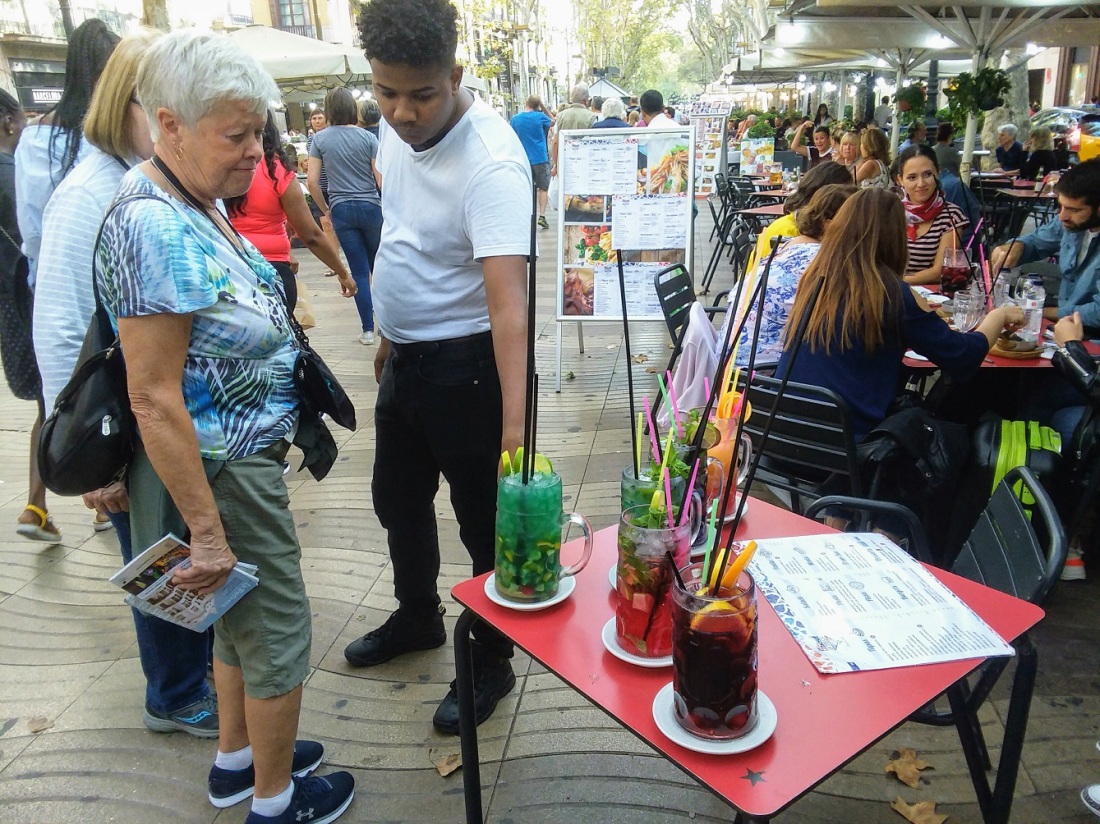 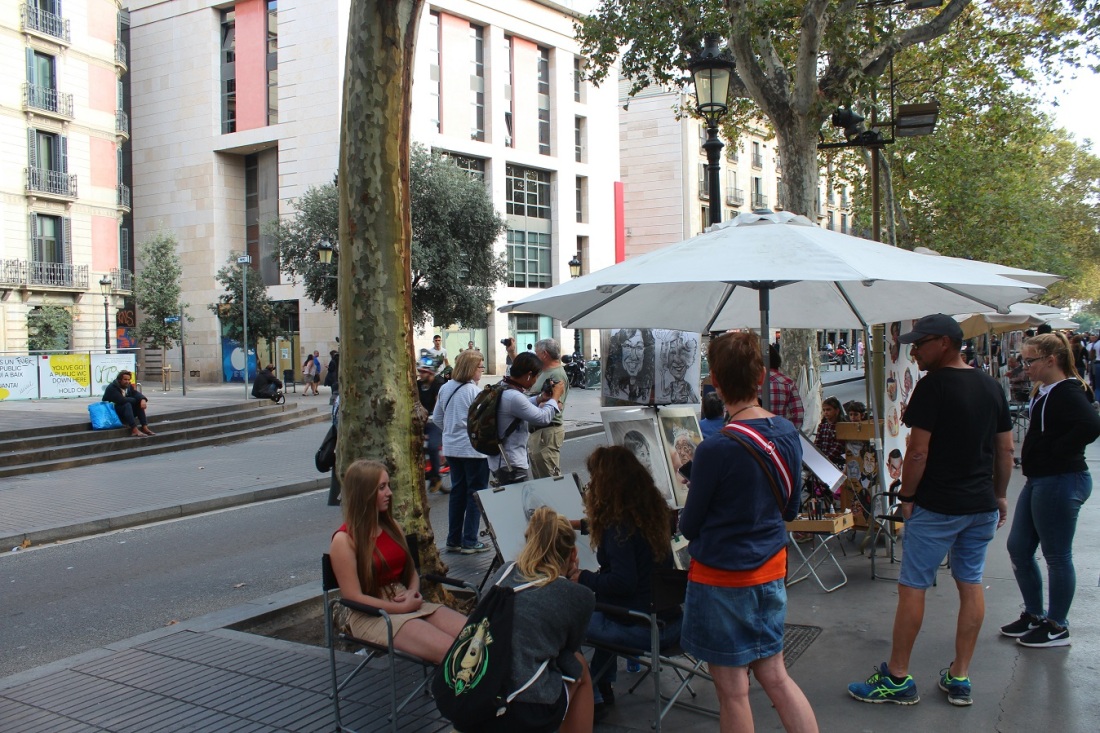 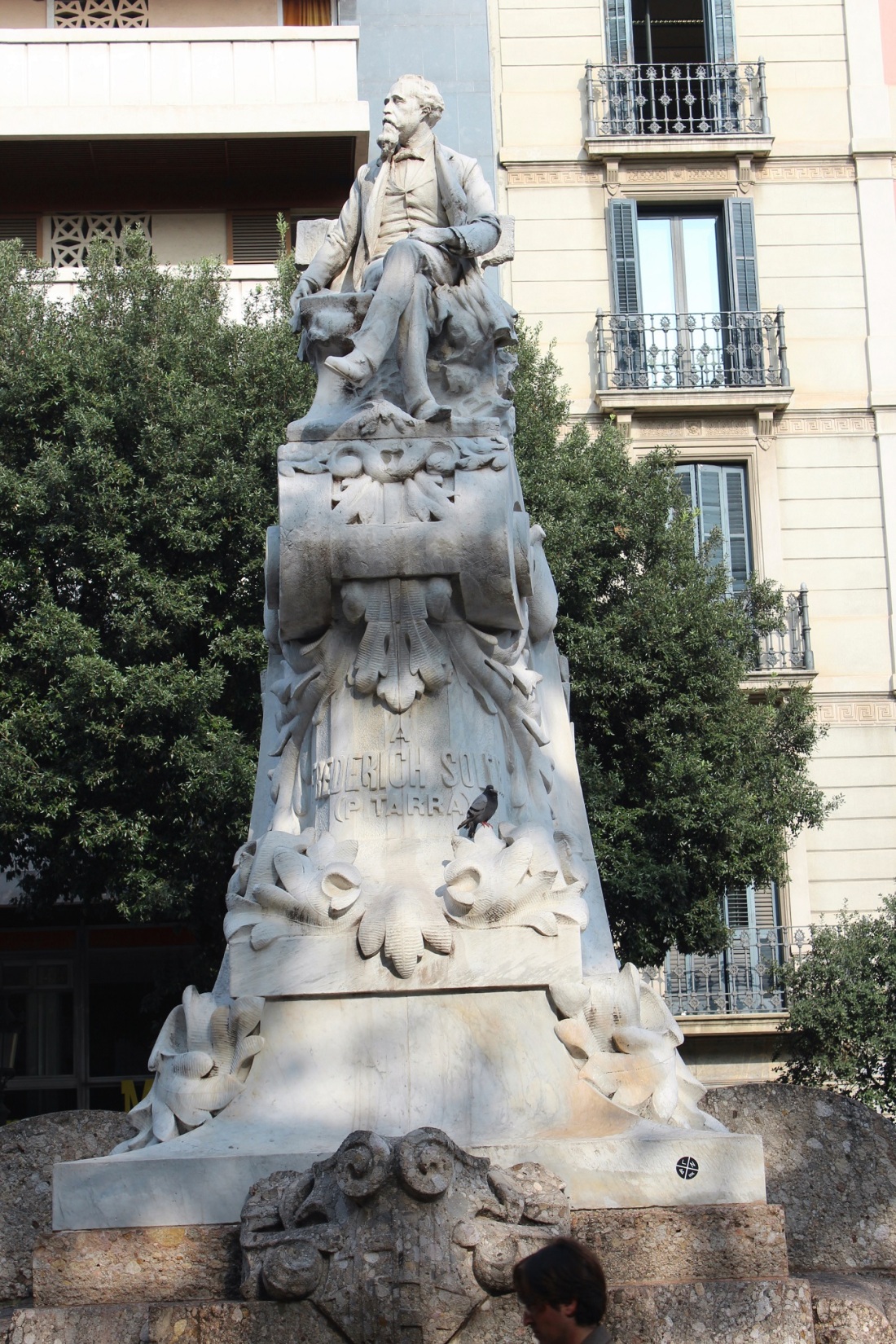 [And the living “statues” of La Rambla – this Gaileo guy is an internet viral photo . . . ] 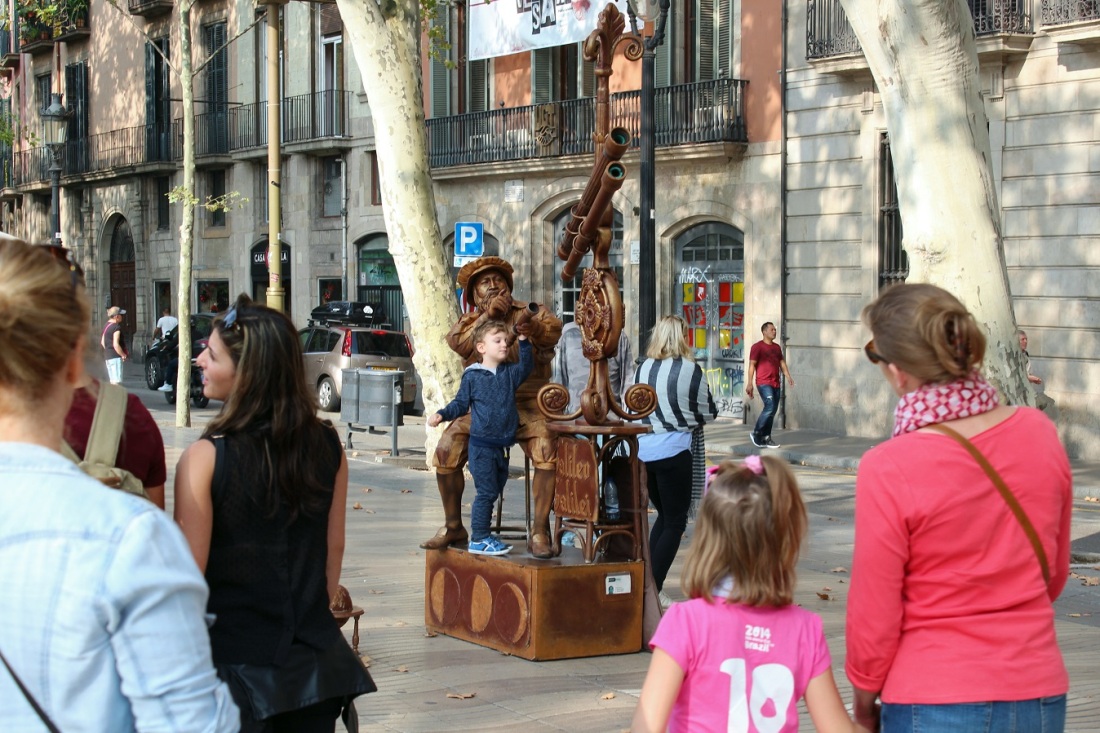 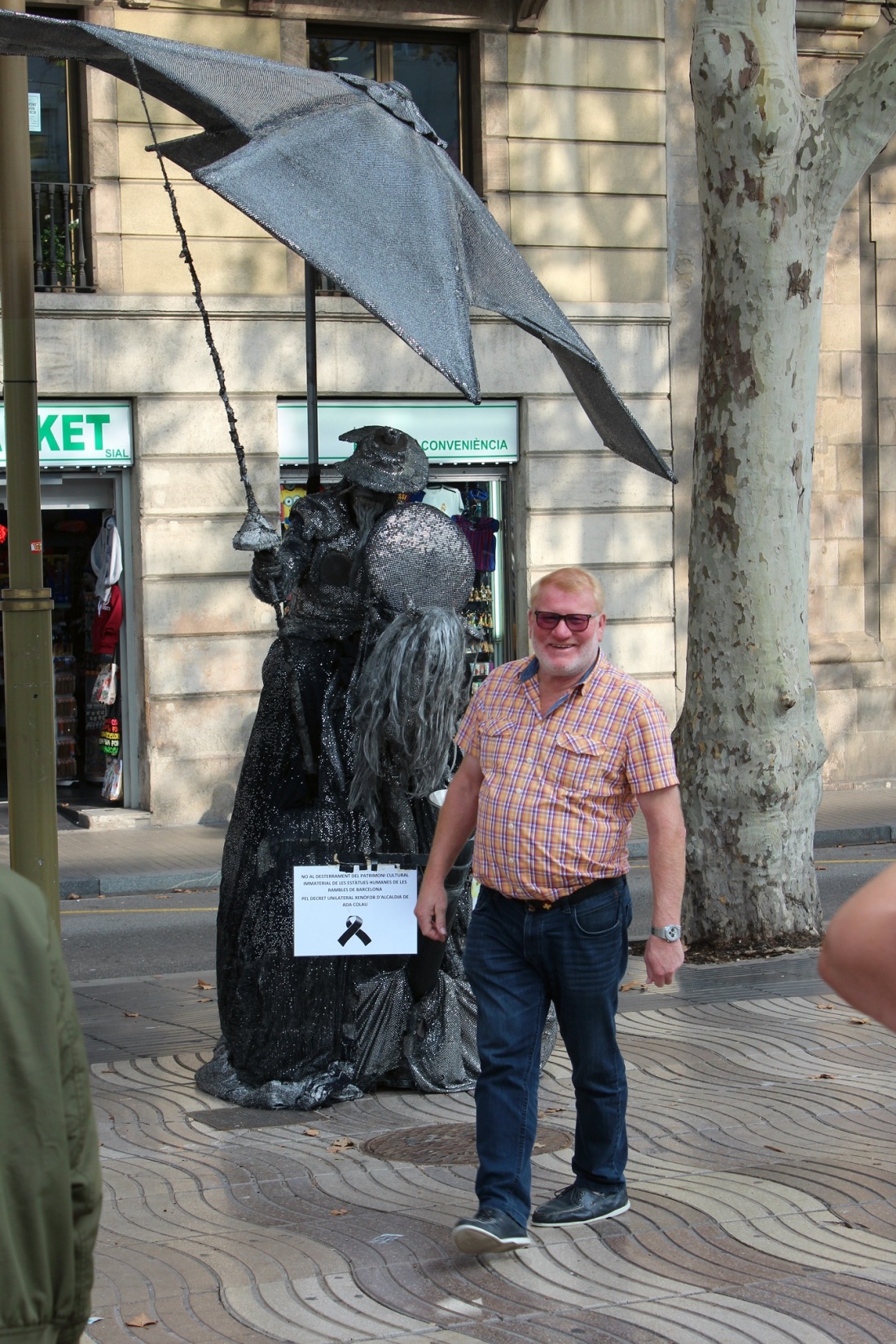 [The Columbus Monument is a 60 m (197 ft) tall monument to Christopher Columbus at the lower end of La Rambla.  It was constructed for the Exposicion Universal de Barcelona (1888) in honor of Columbus’ first voyage to the Americas. The monument serves as a reminder that Christopher Columbus reported to Queen Isabella I and King Ferdinand V in Barcelona after his first trip to the new continent (Wikipedia).]

[Aduana de Barcelona, old customs building, across from the traffic circle with the Columbus monument . . . ] 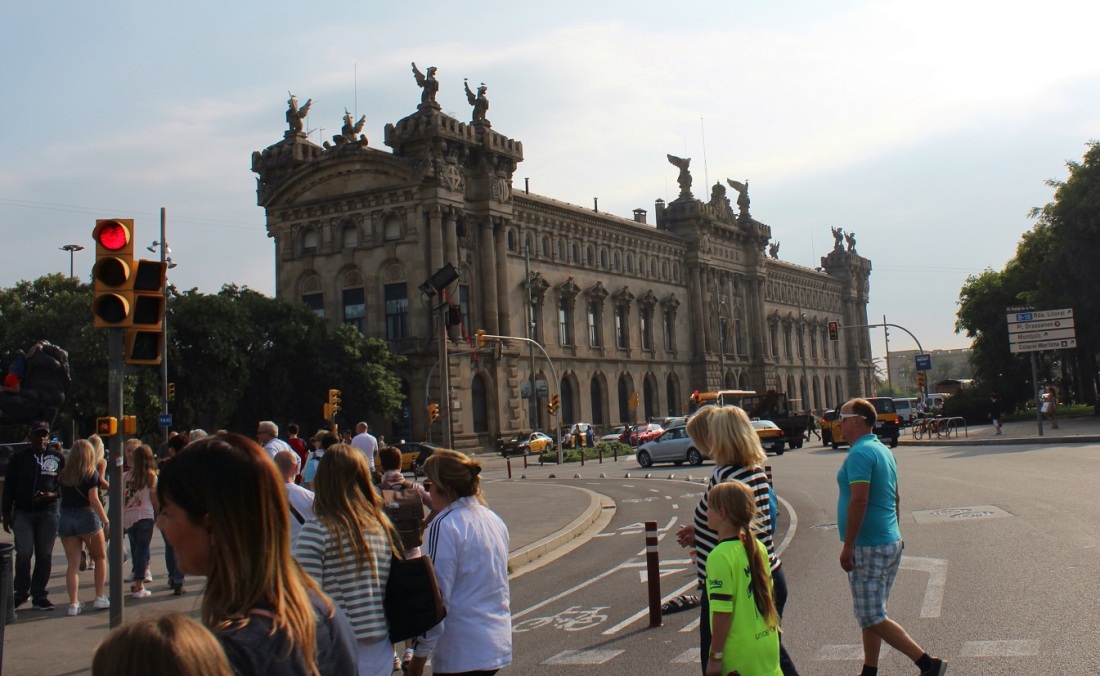 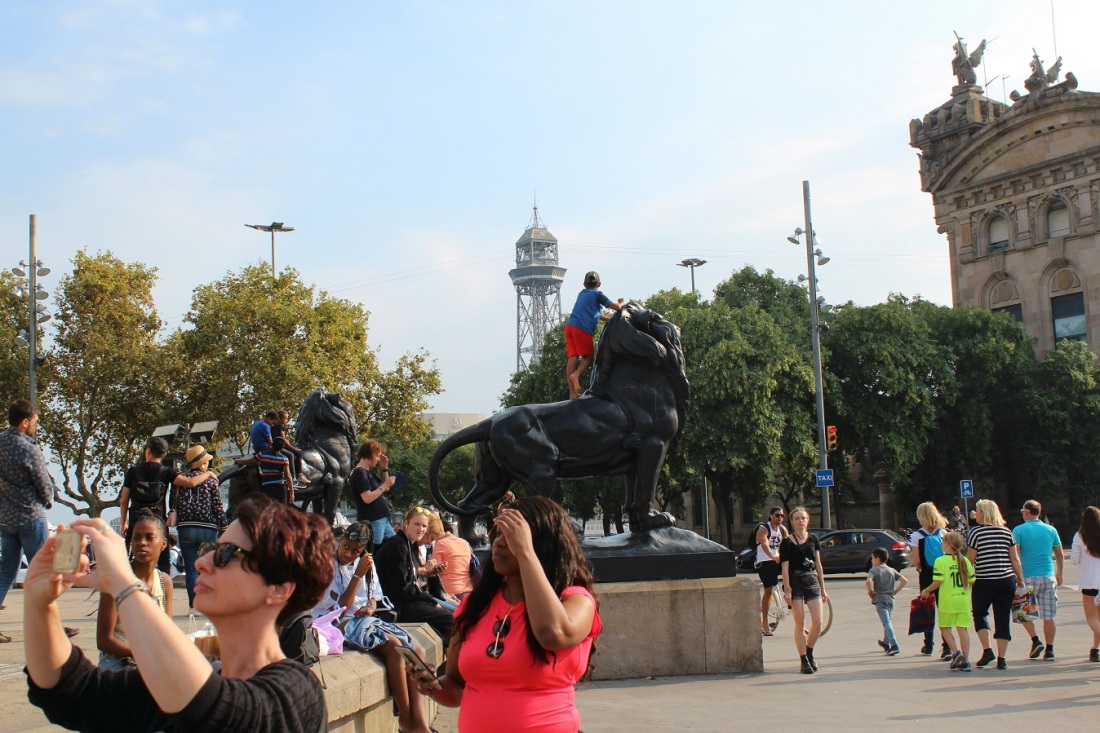 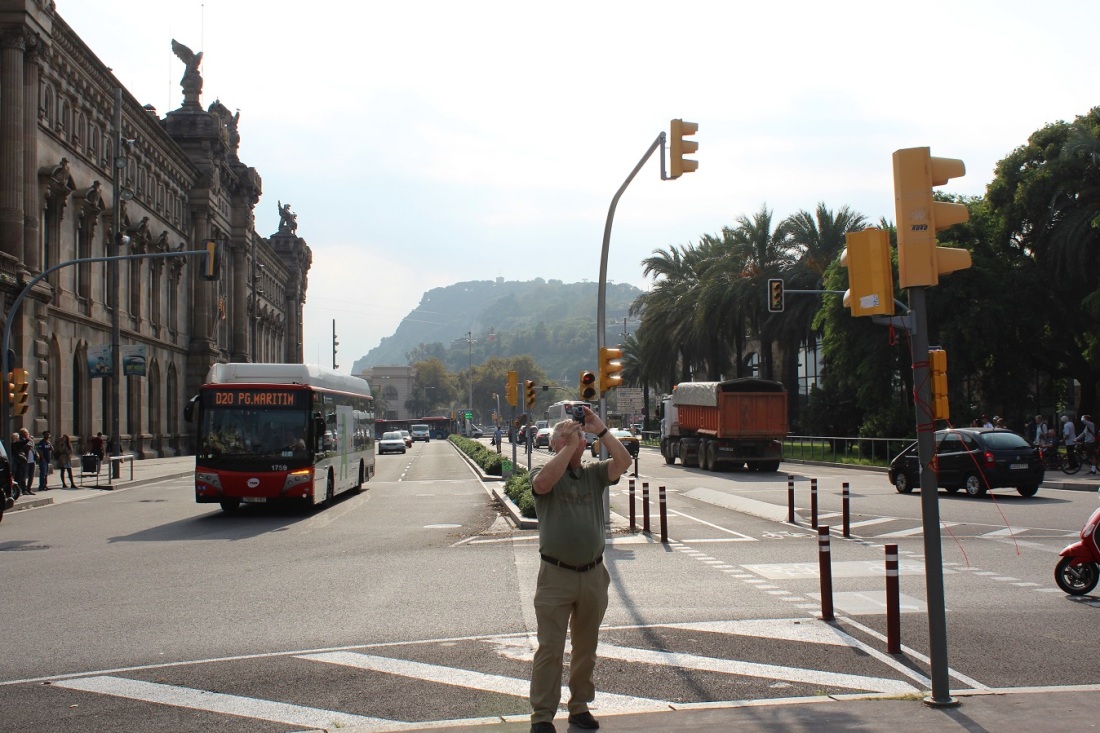 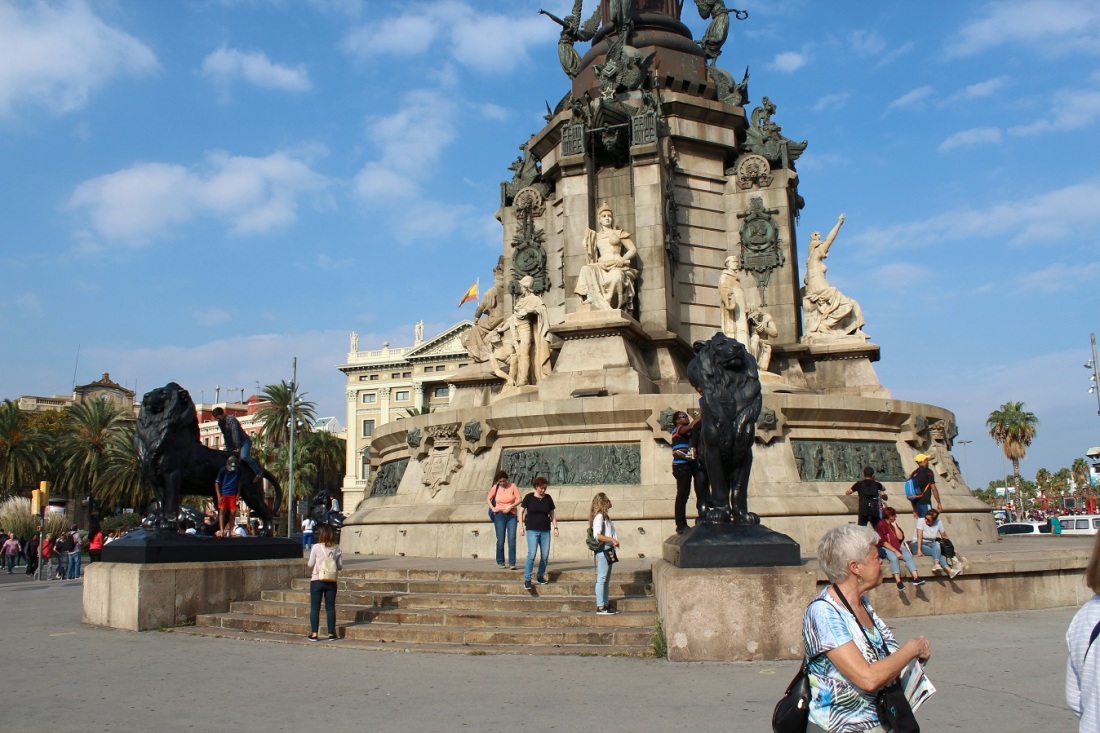 [And here’s the top.  A monument to the guy who discovered America 130 years after the Vikings?]

[Barcelona Sunset Port Vell Traffic Circle Metal Sculpture, very important in the life and times of this cub reporter.  Several years ago the Super and I took a Mediterranean cruise.  It ended in Barcelona.  We got off the ship, immediately took some mode of transportation to the airport, and flew home.  This sculpture is my only memory of Barcelona from that trip . . . ] 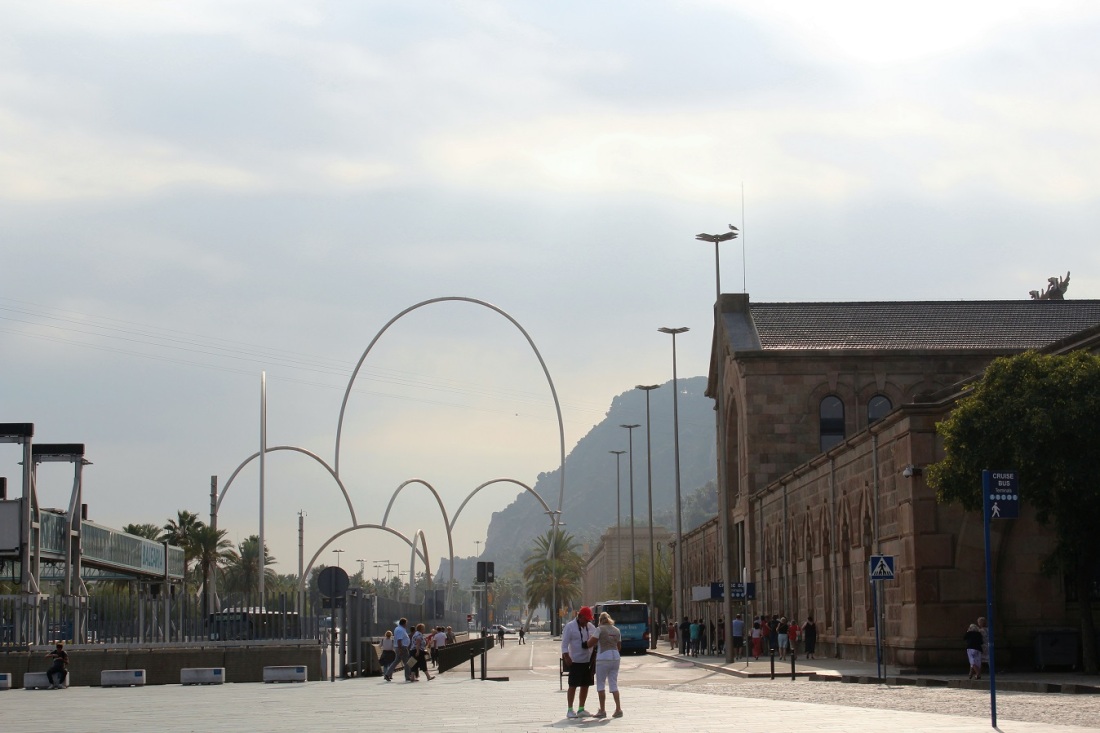 [Christopher himself is a 24-foot tall bronze statue atop a 131-foot tall Corinthian column . . . ] 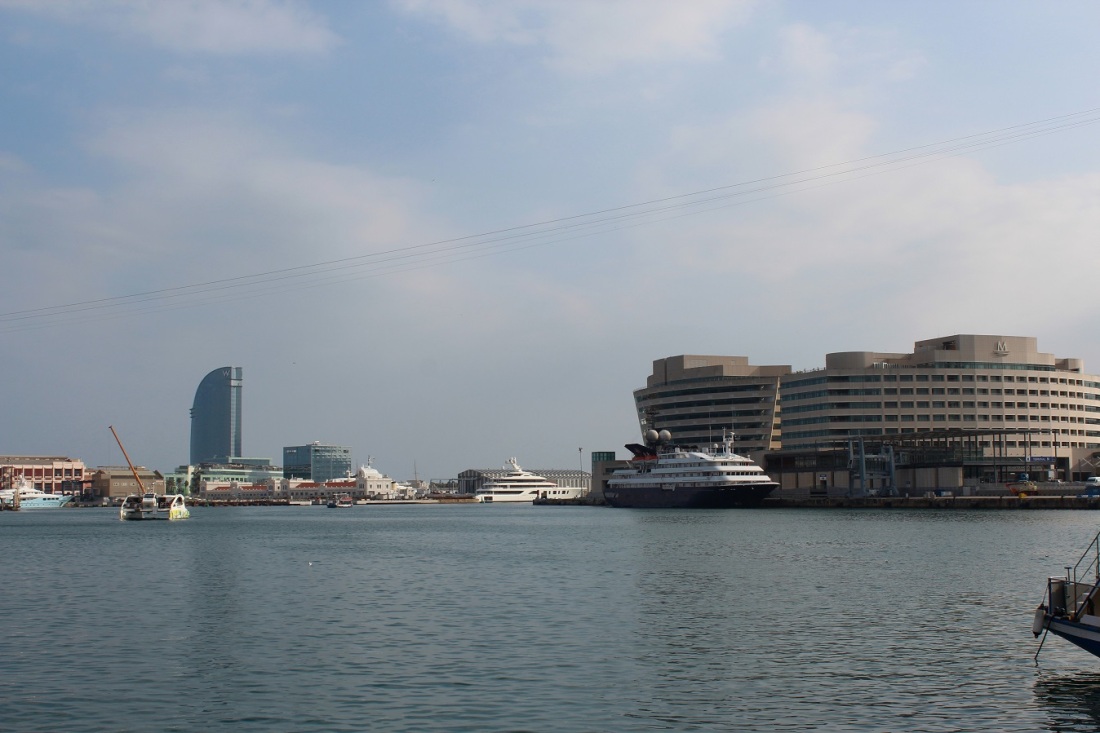 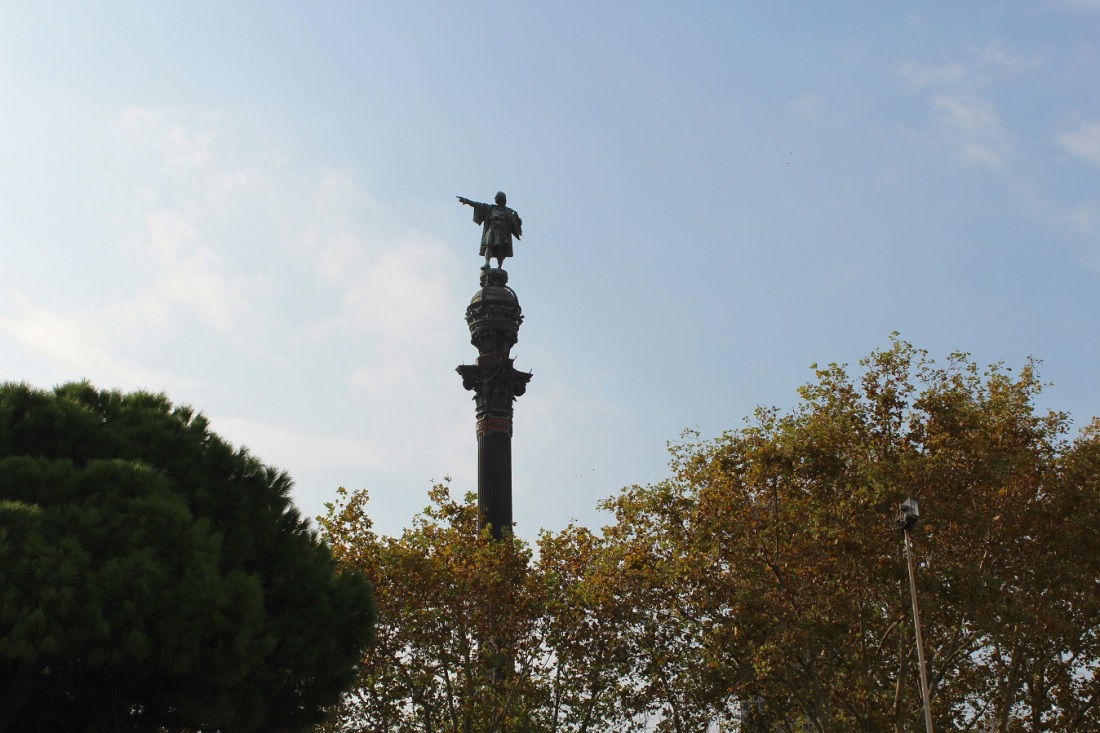 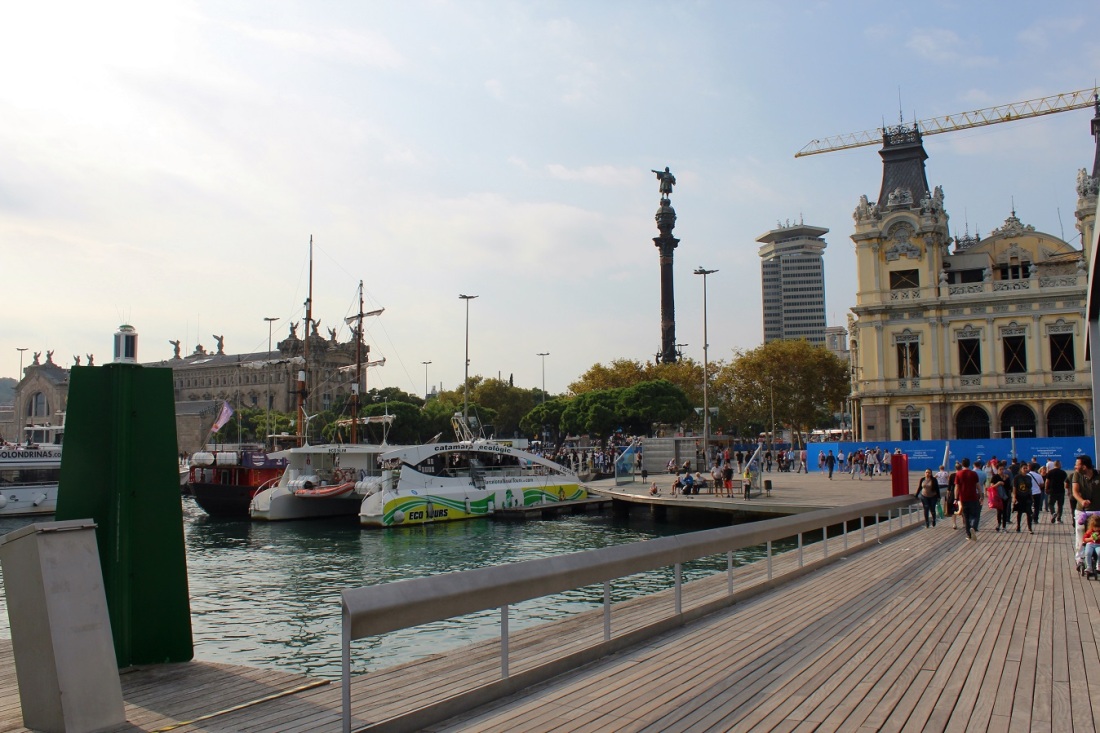 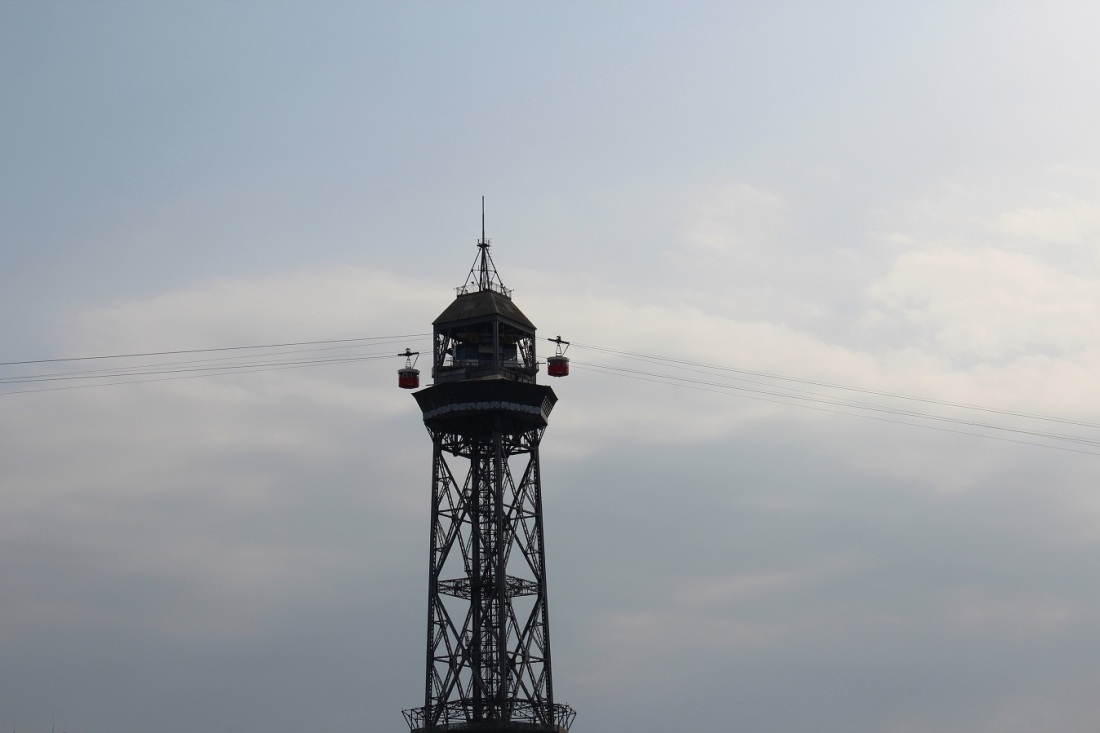 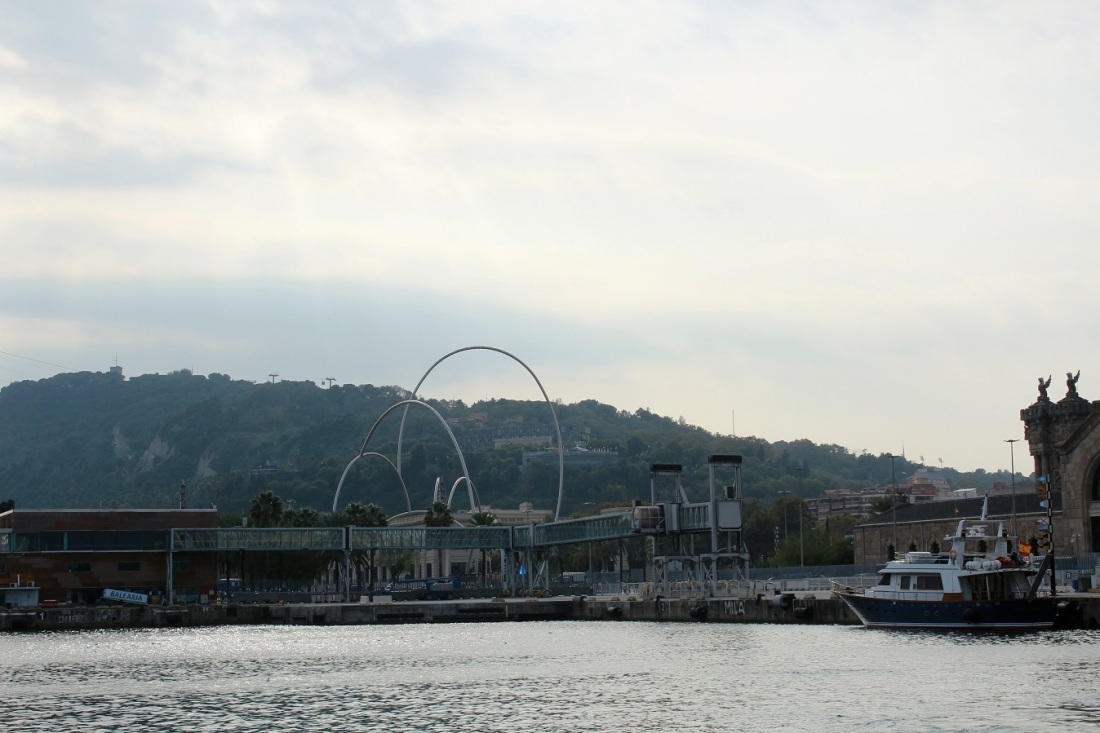 [Further conversation was not possible because of the language barrier . . . ] 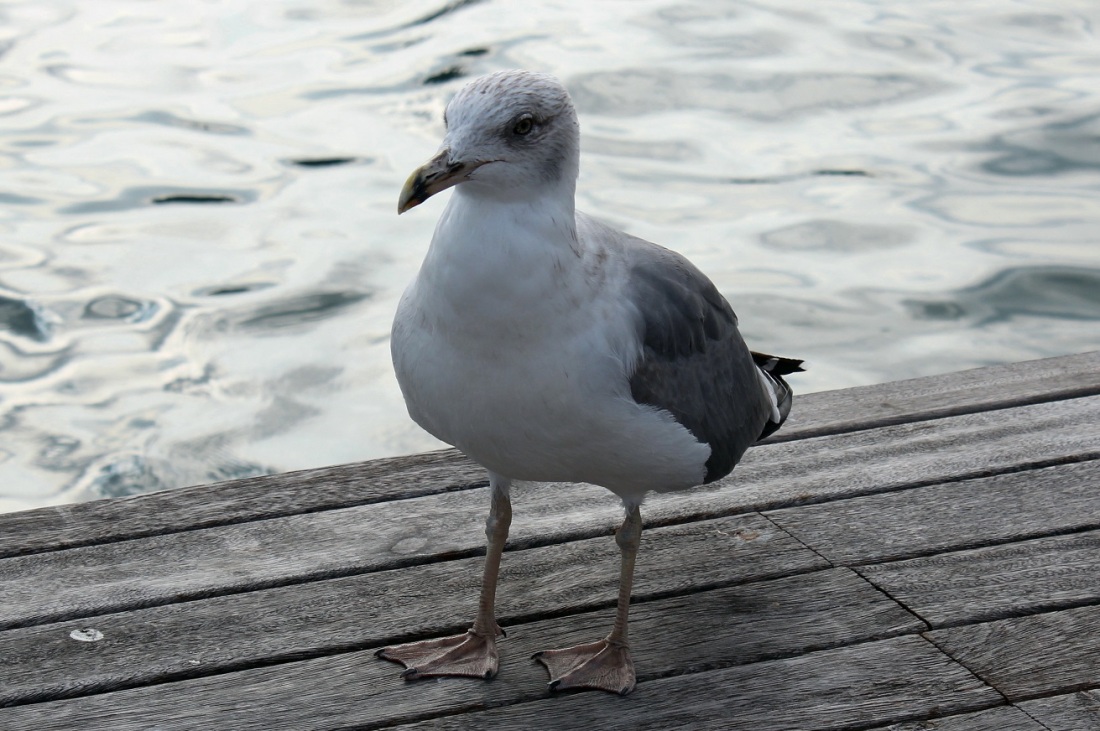 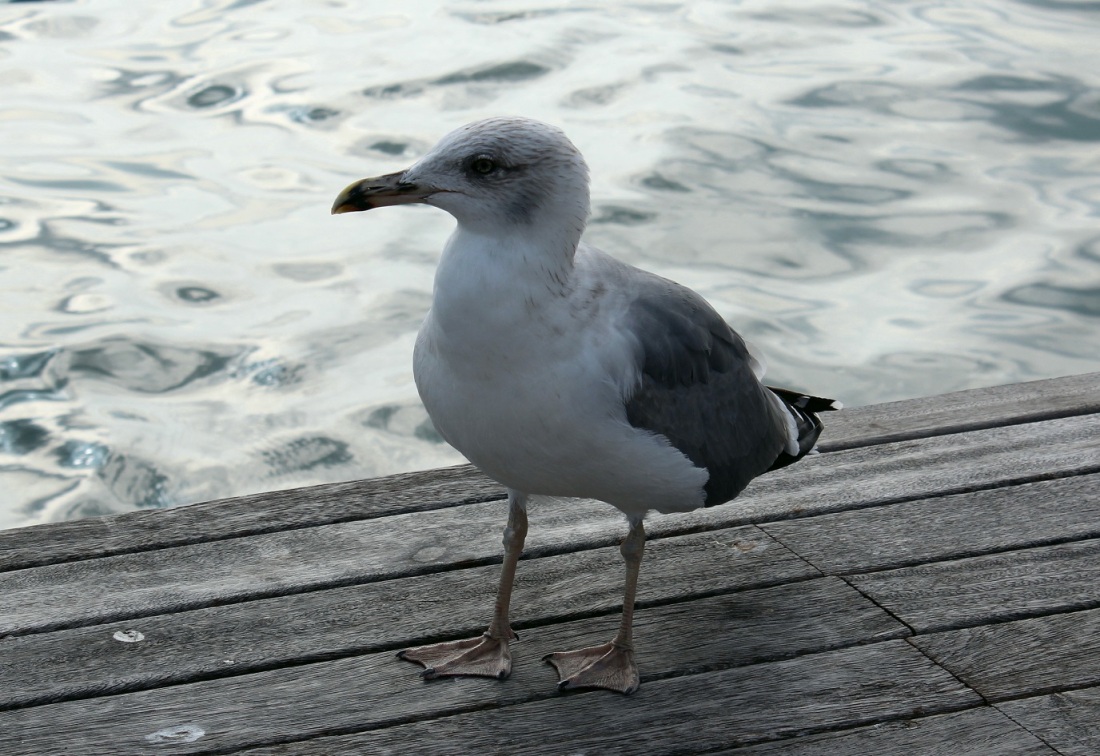 Every country gets the circus it deserves. Spain gets bullfights. Italy gets the Catholic Church. America gets Hollywood.  ~  Erica Jong

Up Next:  Still Barcelona