It was time, once again,  for the annual blockbuster event of the year . . . 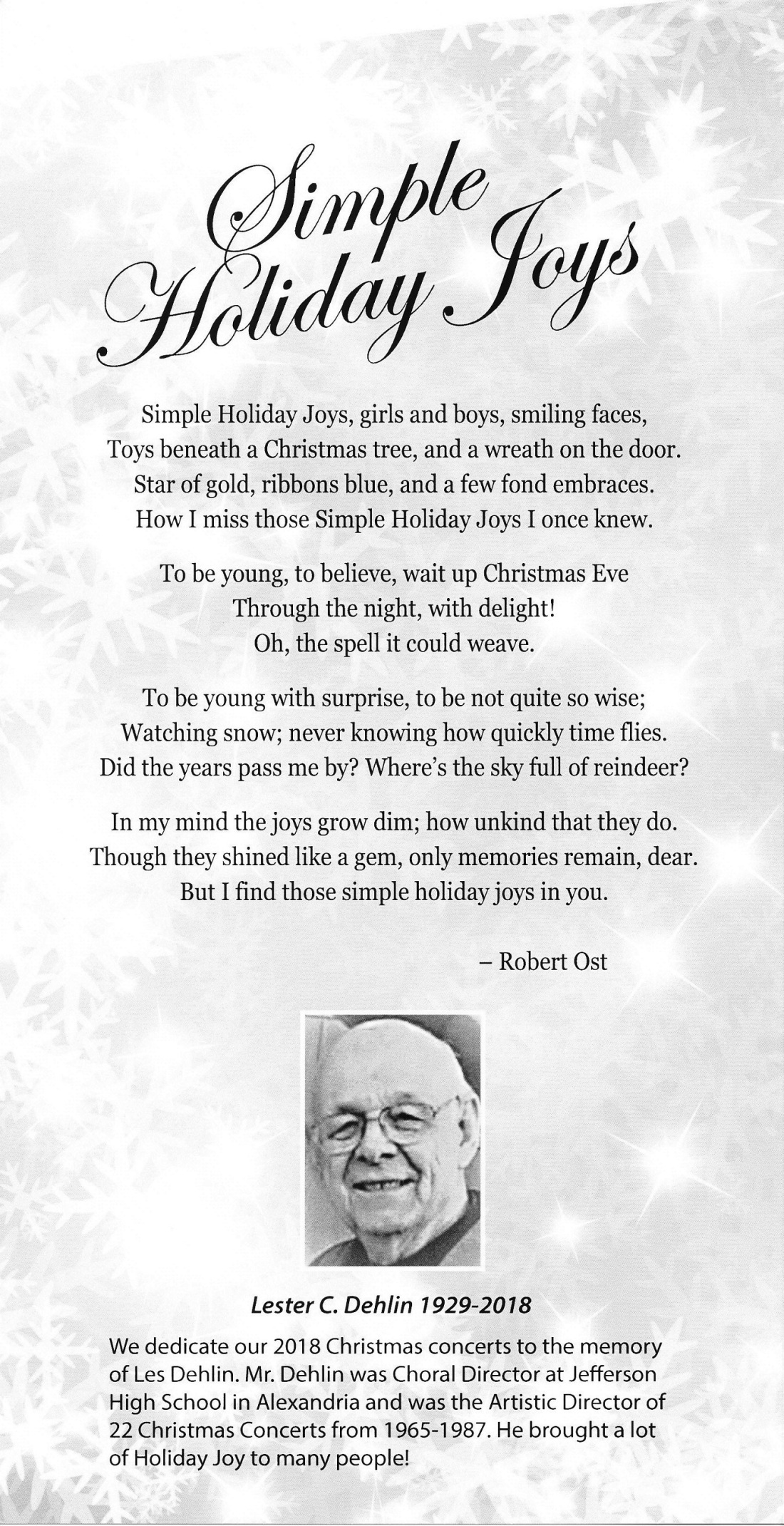 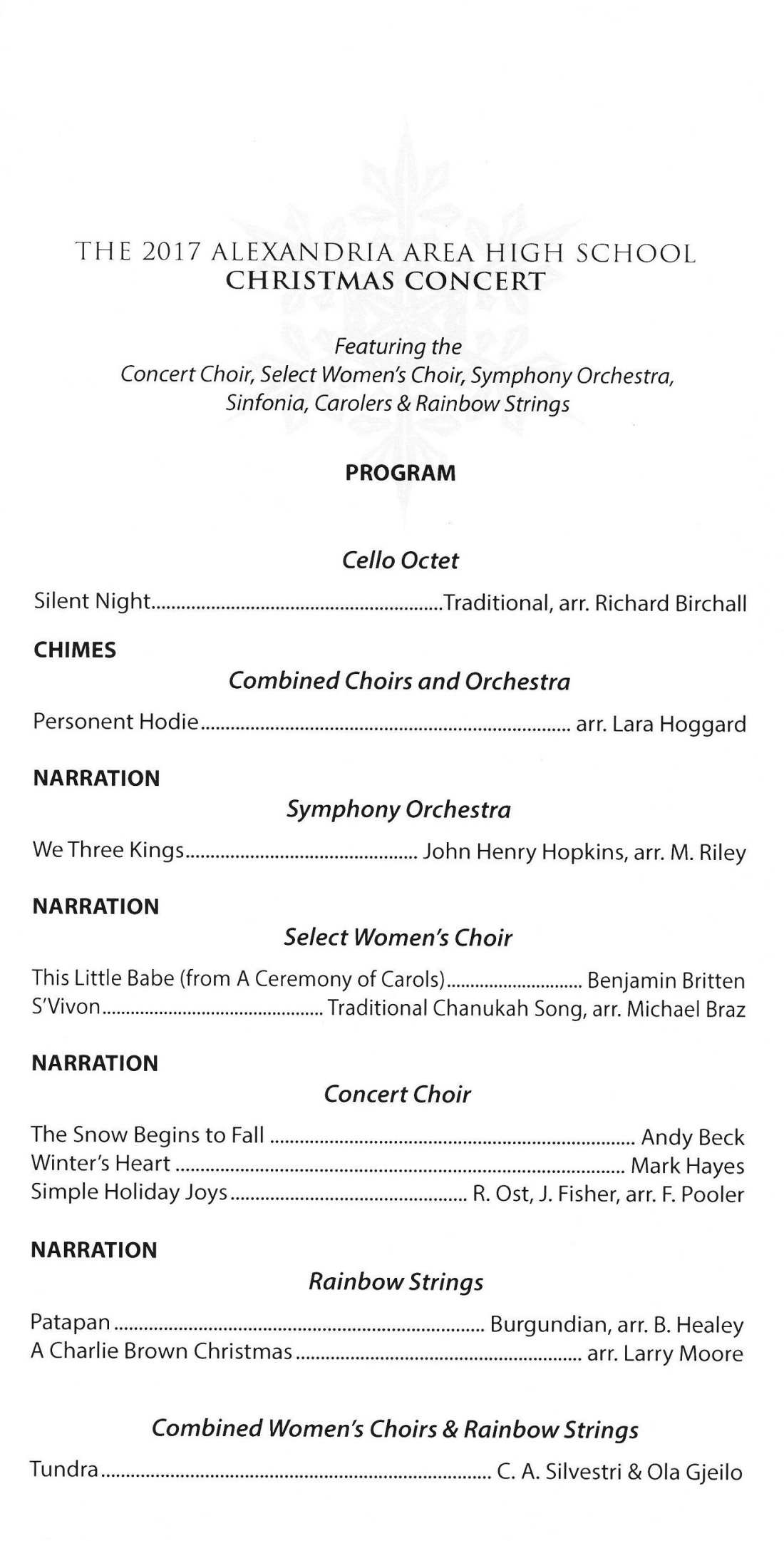 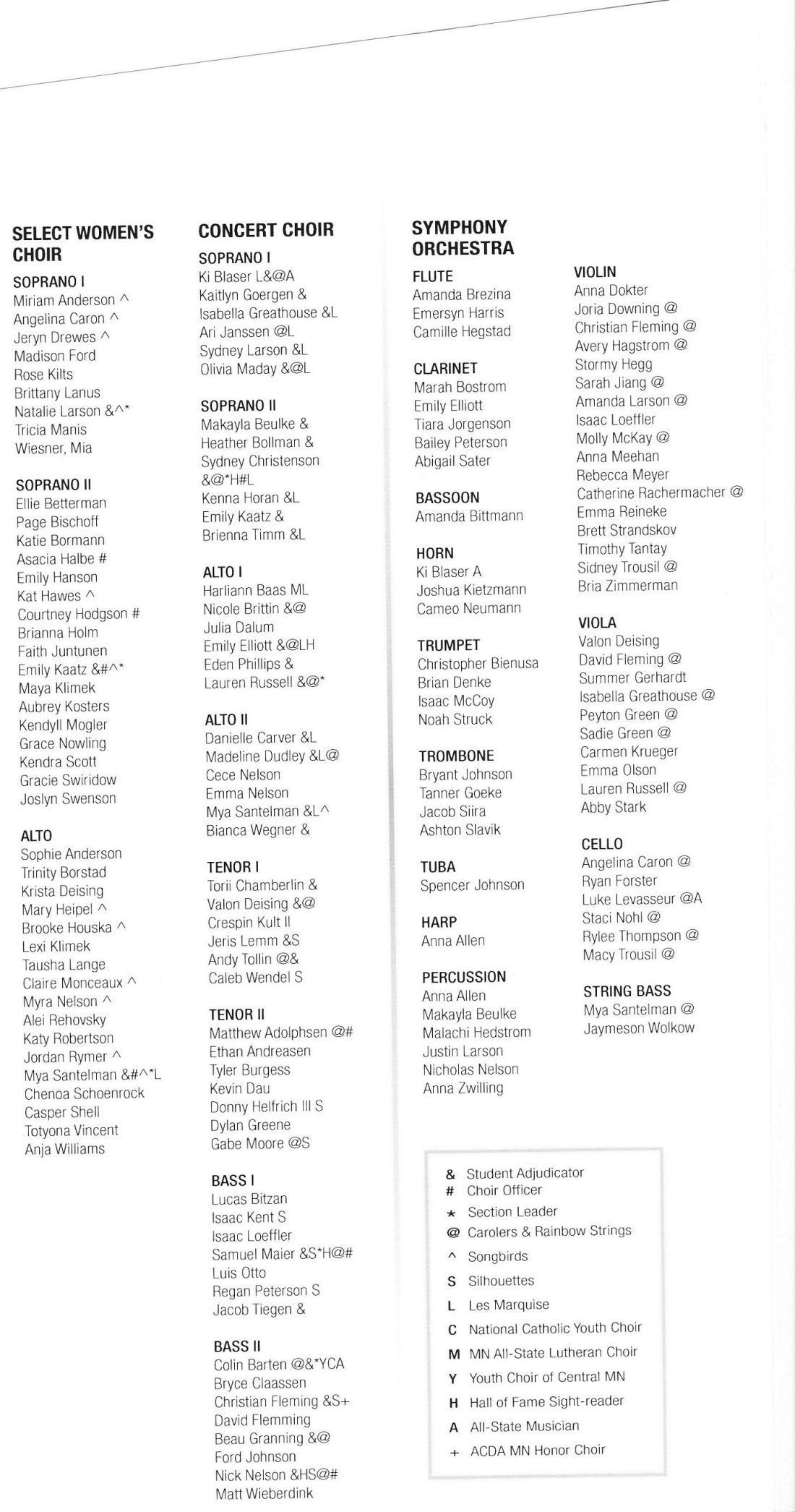 [If you arrive early, you get the seats that would be given to the President of the United States if such person ever deigned to attend . . . ]

[The regular crowd shuffles in.  The stage was set to make visions of sugar plums dance in our heads.  The mid-December temperature was in the low 40’s (really!) and though a statewide team known as the Vikings were on TV, the first of back-to-back performances drew near a full house . . . ]

[Two Alex Class of ’65 classmates (one who has for some reason lived in Texas for the past 25 years or so) witnessed the event for the first time and were equally impressed . . . ]

[So, again, kudos must go to Steve Dietz and Brad Lambrecht as the masters of ceremony for the choir and orchestra, respectively.  And the annual narrations by Bob Hines.  They have the program running like a well oiled machine . . . ] 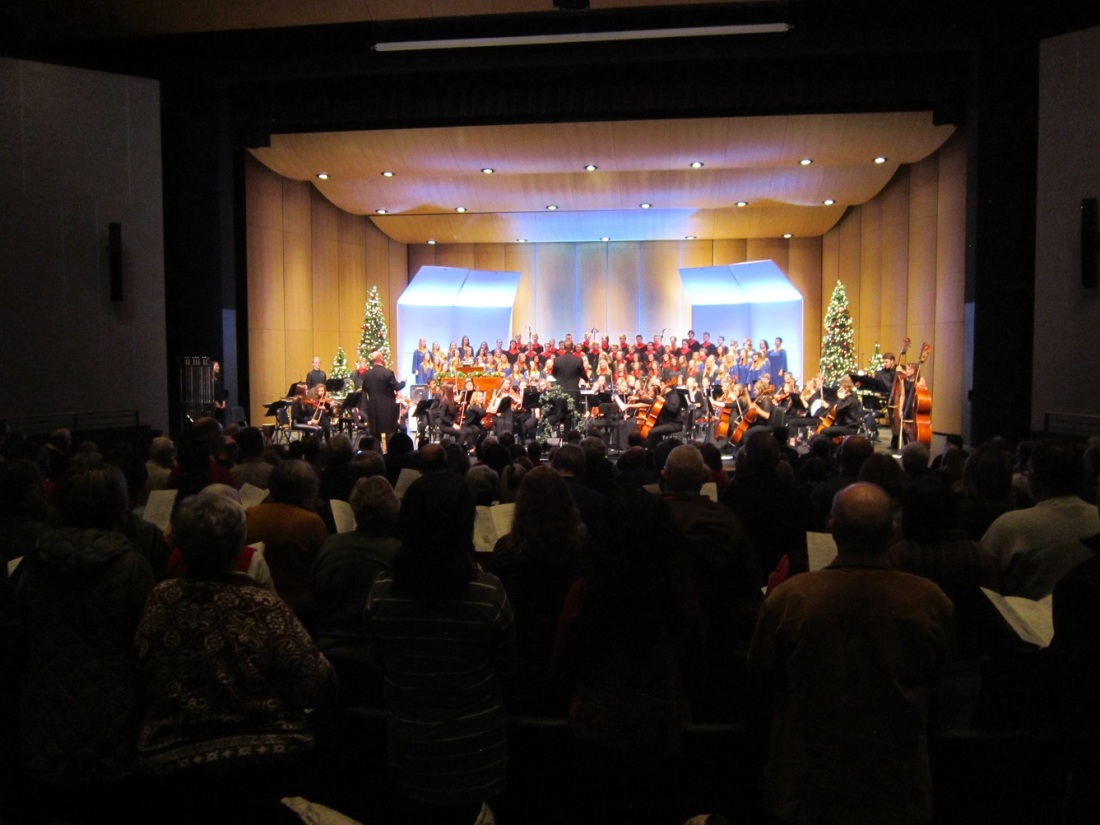 [And look at the student participation rates.  We’re going to have to build a bigger stage!] 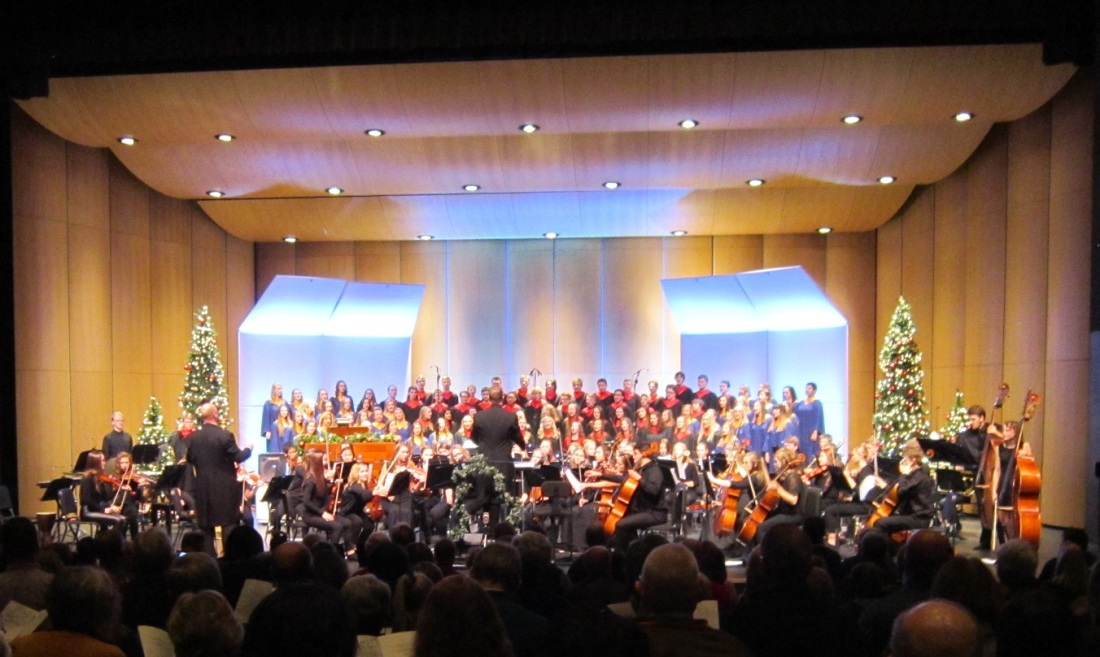 [And a little apres-concert ensemble music to go with beverages and cookies!]

It’s easy to play any musical instrument: all you have to do is touch the right key at the right time and the instrument will play itself.  ~  Johann Sebastion Bach