[Something you don’t see often in Minnesota high school basketball . . . ] 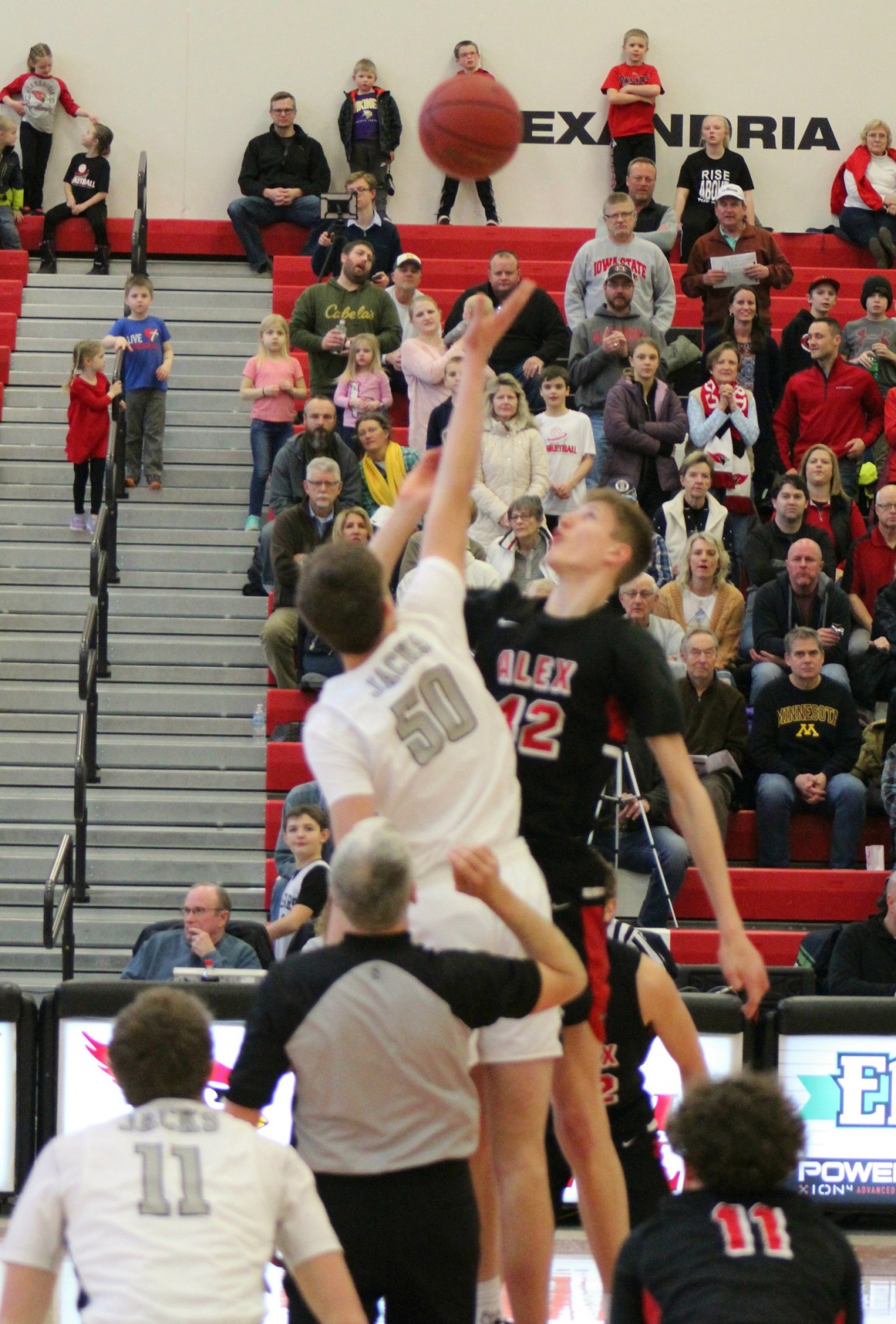 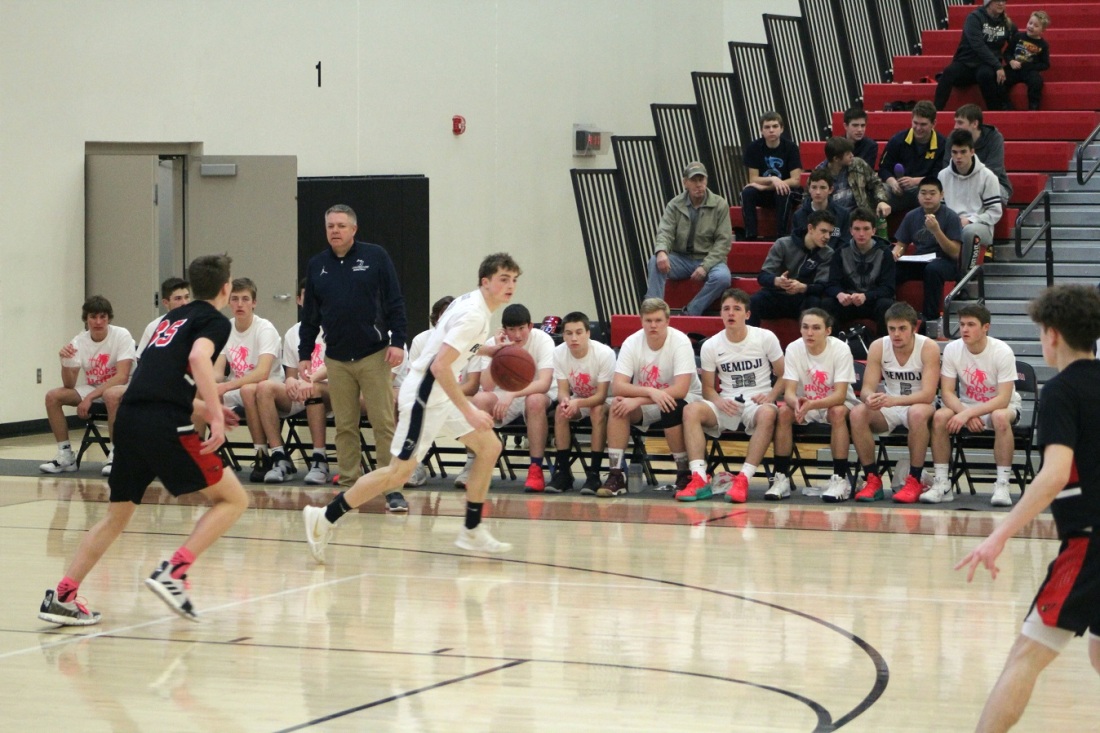 [The Cards jumped out to a quick early lead and maintained it throughout the game.  Here Colton is joined by the game’s leading scorer, senior forward Anders Hedstrom (22) . . . ] 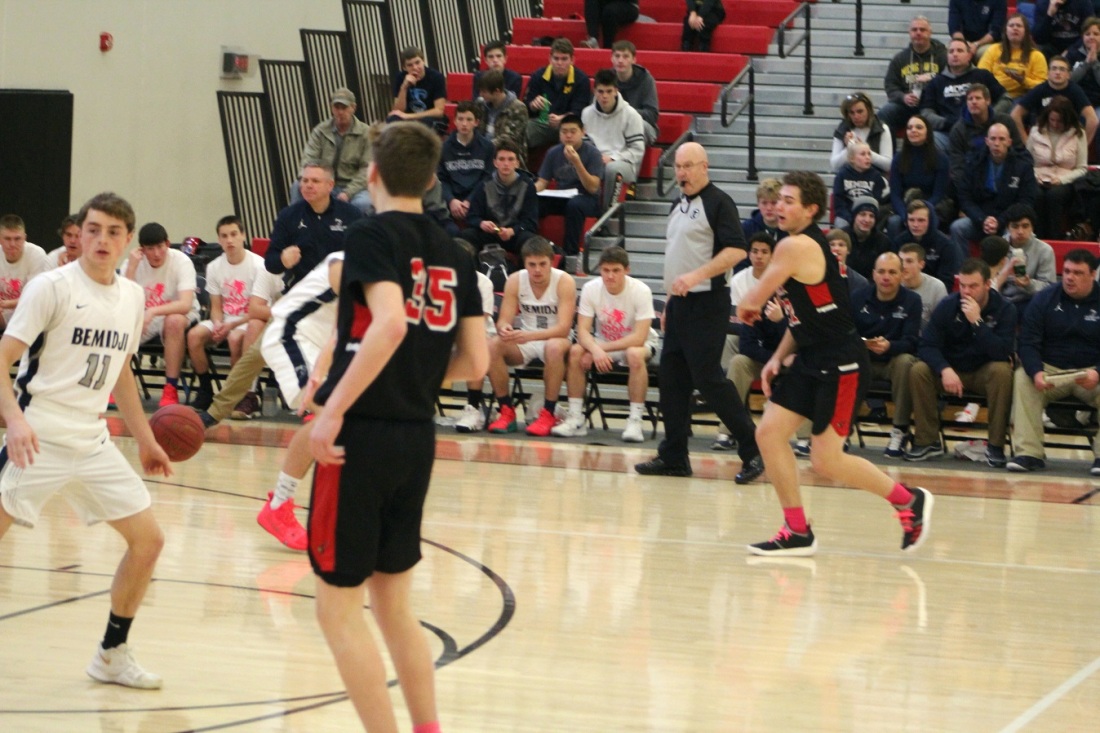 [Treyton is a very good shooter and likely canned both here . . . ]

[But he and senior guard Trey Hoepner (0) each picked up 2 early fouls and sat out most of the first half.  Nevertheless, the team held on to the early lead . . . ] 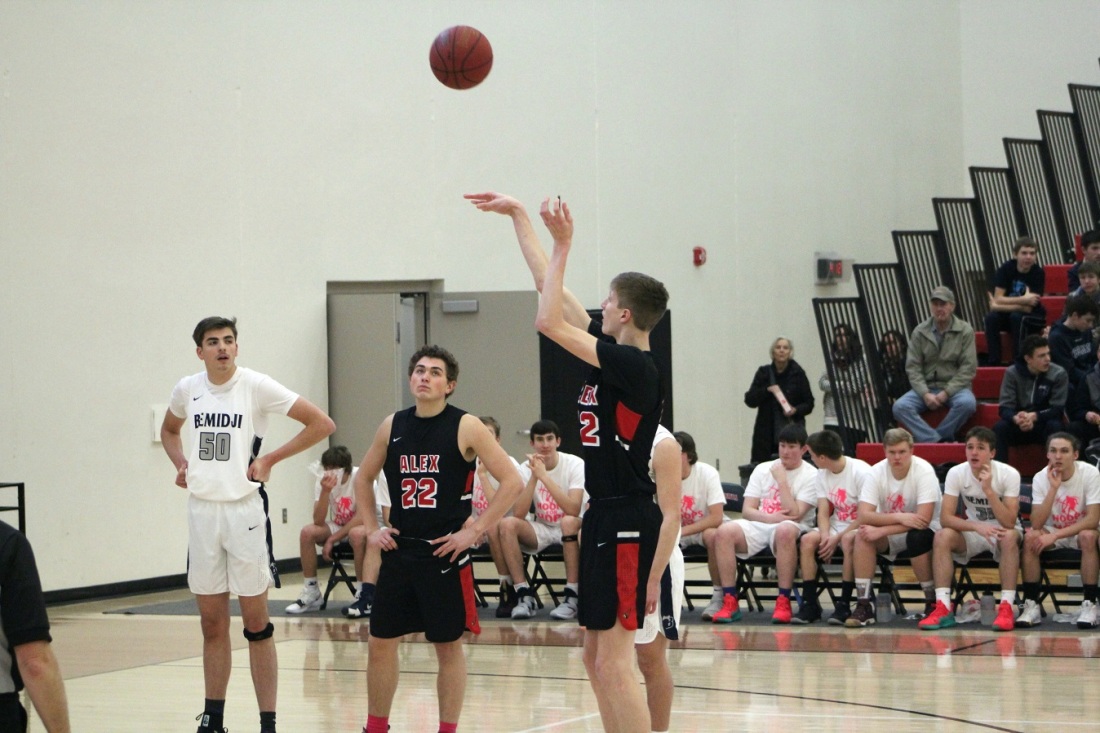 [Treyton didn’t have a big scoring game, but he dominated with blocked shots and rebounds . . . ] 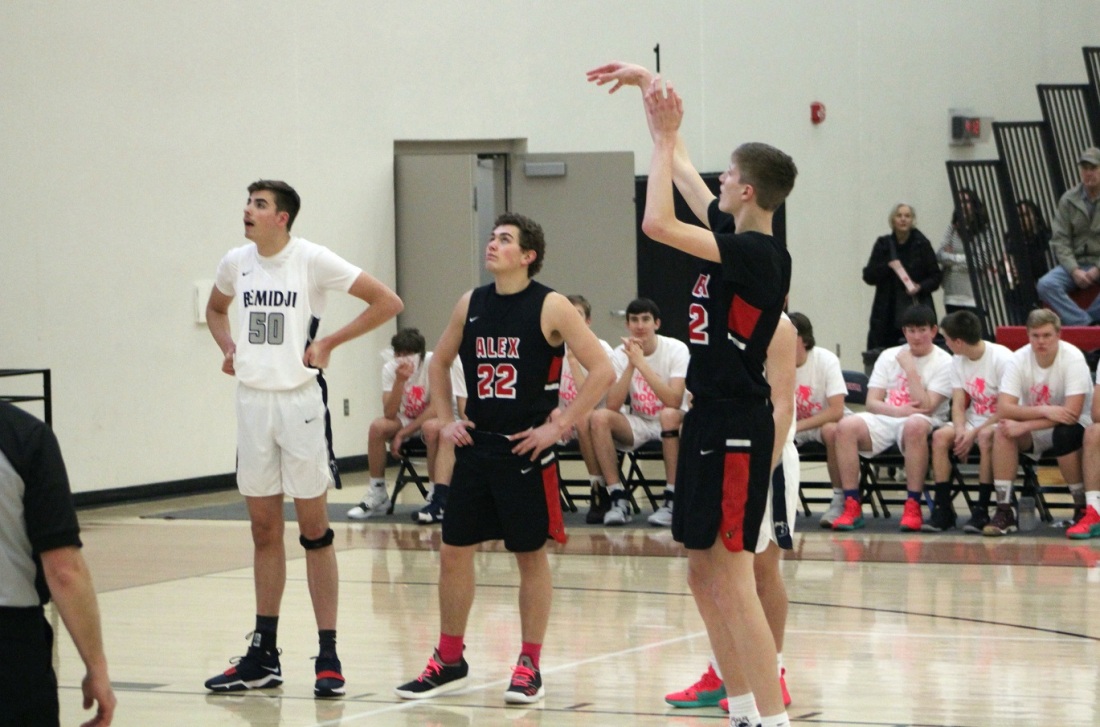 [Anders is just a solid, non-flashy player who does well in all facets . . . ]

[Inbounding over Treyton has got to be fun?] 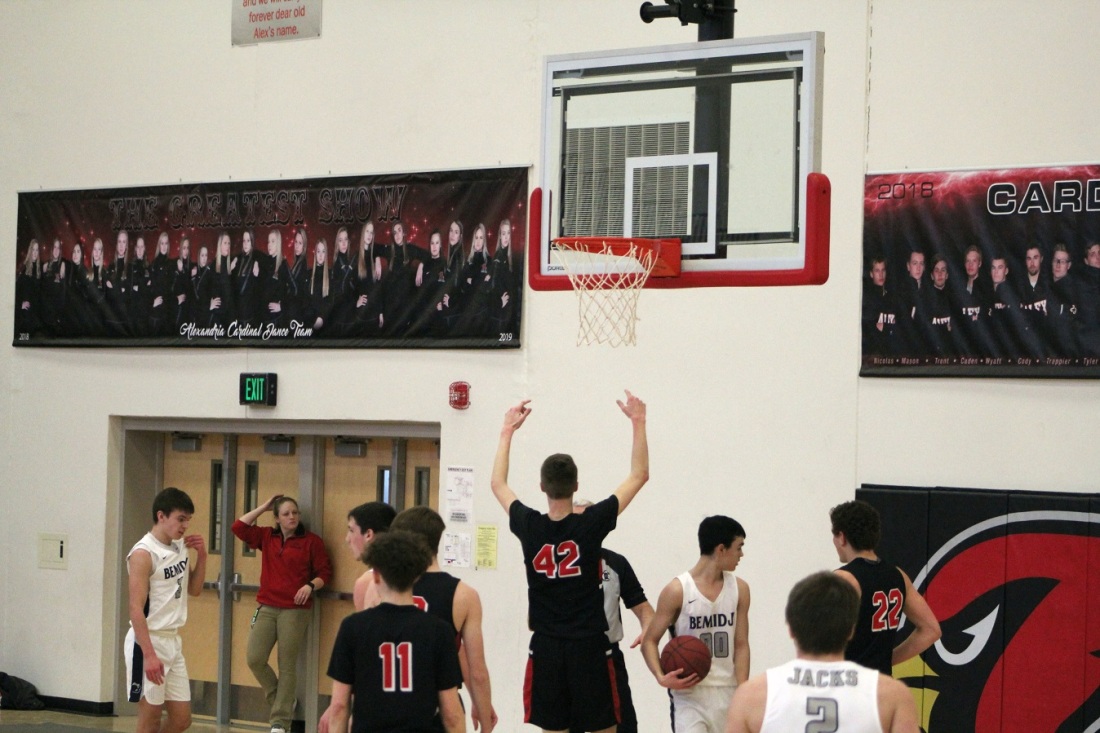 [Cards looking for a break out with Carrson on the far wing, freshman Kristen Hoskins (21) in the middle, and junior Cody Branson (3) on the left . . . ] 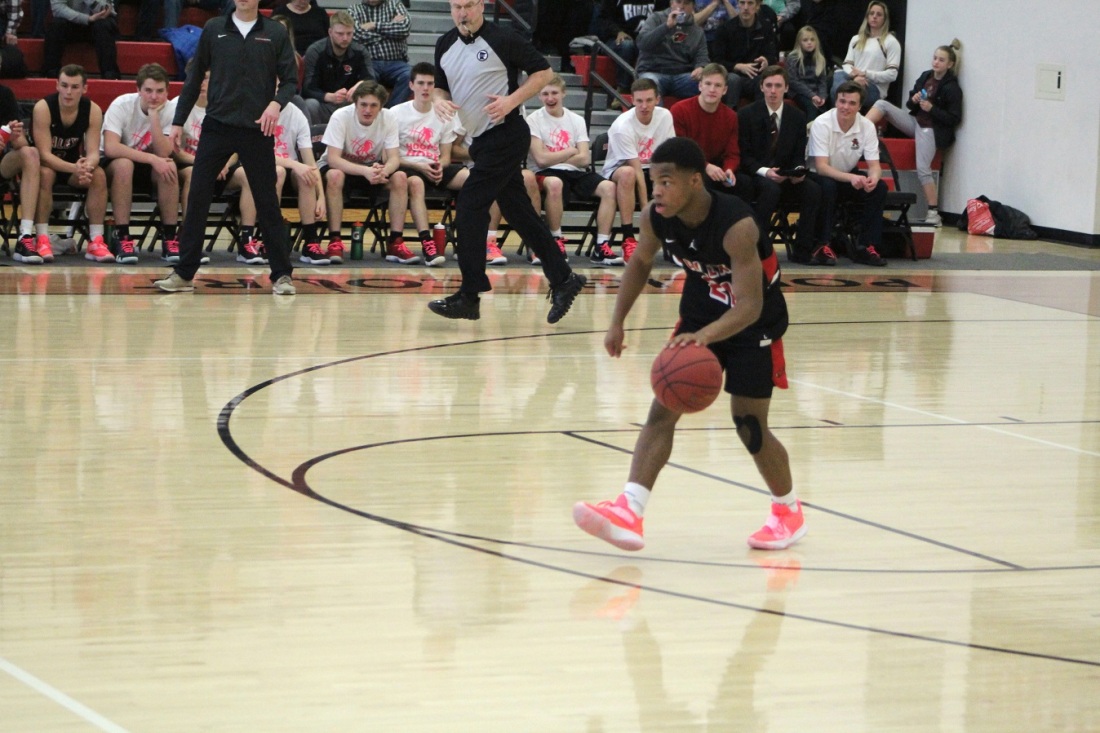 [Colton under intense defensive scrutiny.  The Lumberjacks are a junior-senior team and used their strength to advantage in a physical game . . . ] 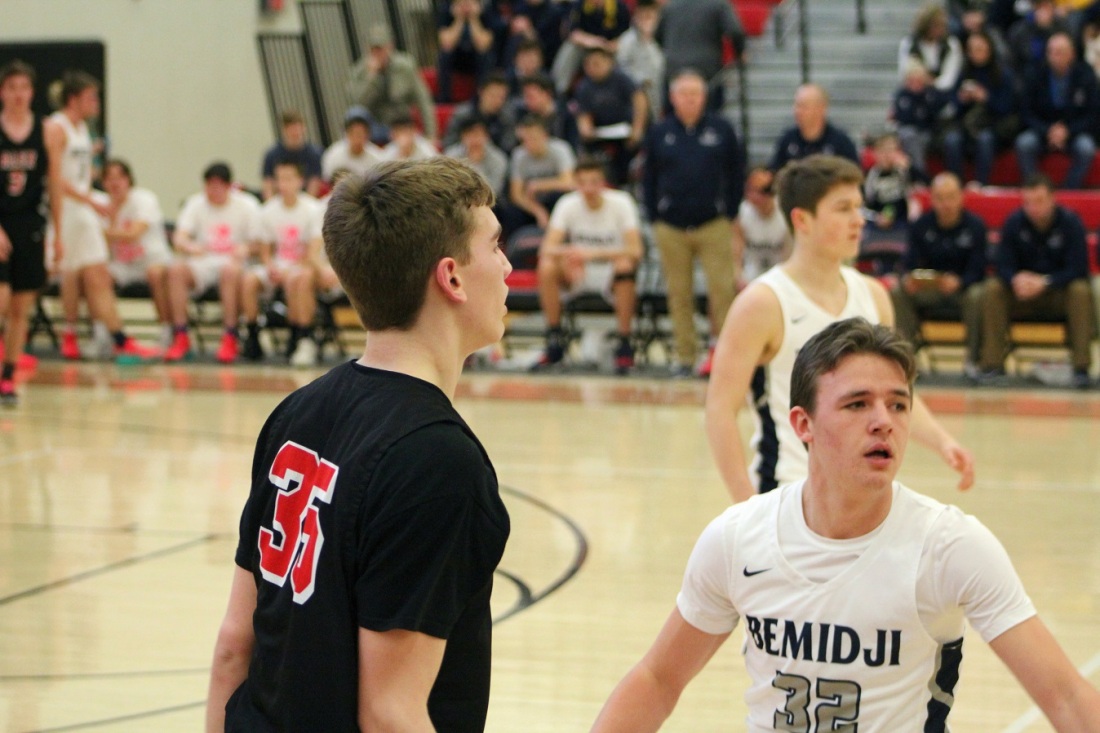 [Bodes well for the future when your guards are a freshman and a sophomore . . . ]

[And Carrson, another starting guard, will also be back next year . . . ] 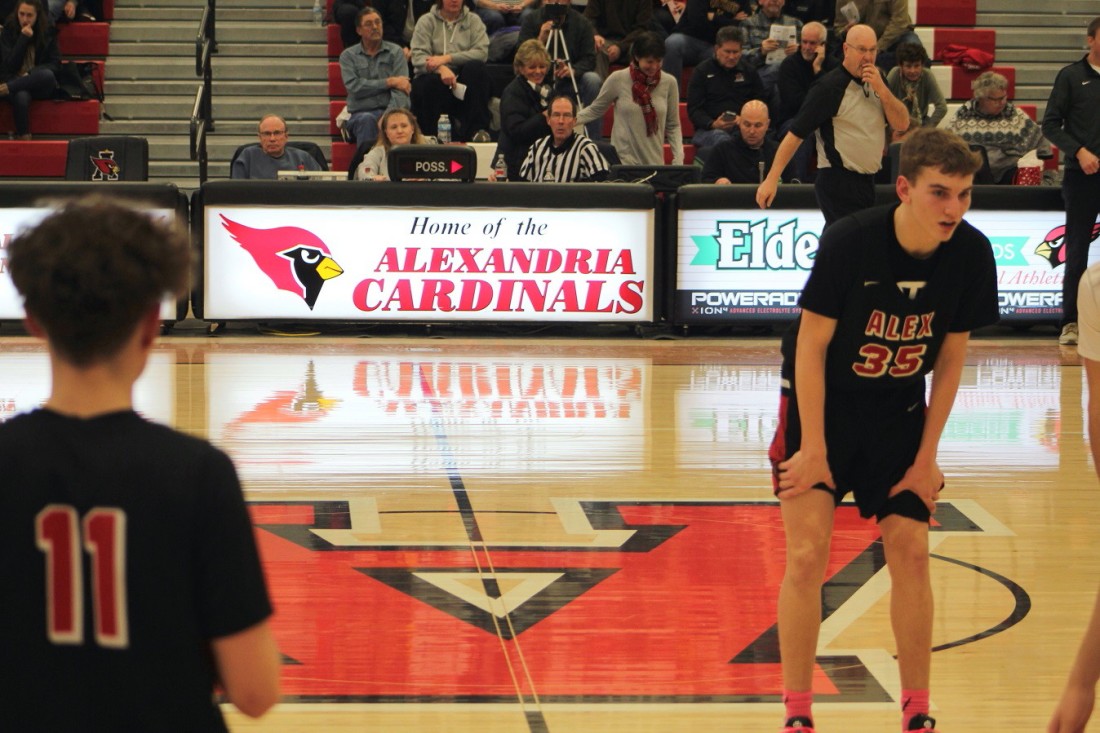 [The bigs underneath.  The ‘Jacks kept going to their center to see if he could draw fouls from Treyton.  Treyton did a good job avoiding them . . . ] 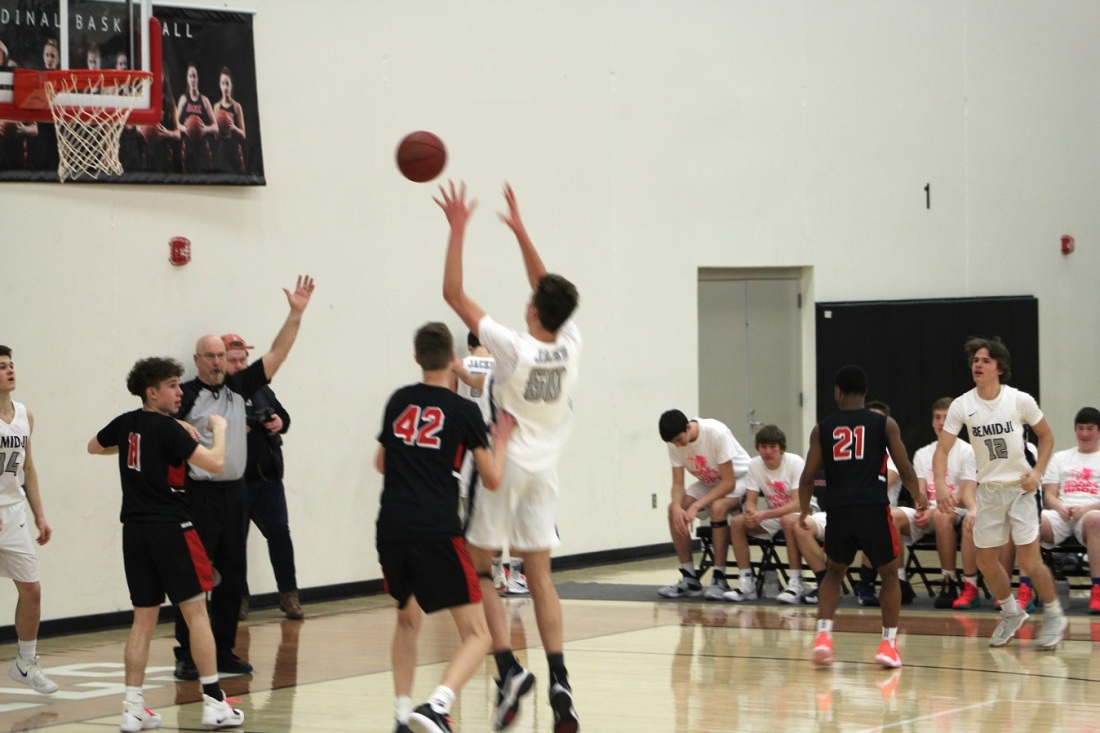 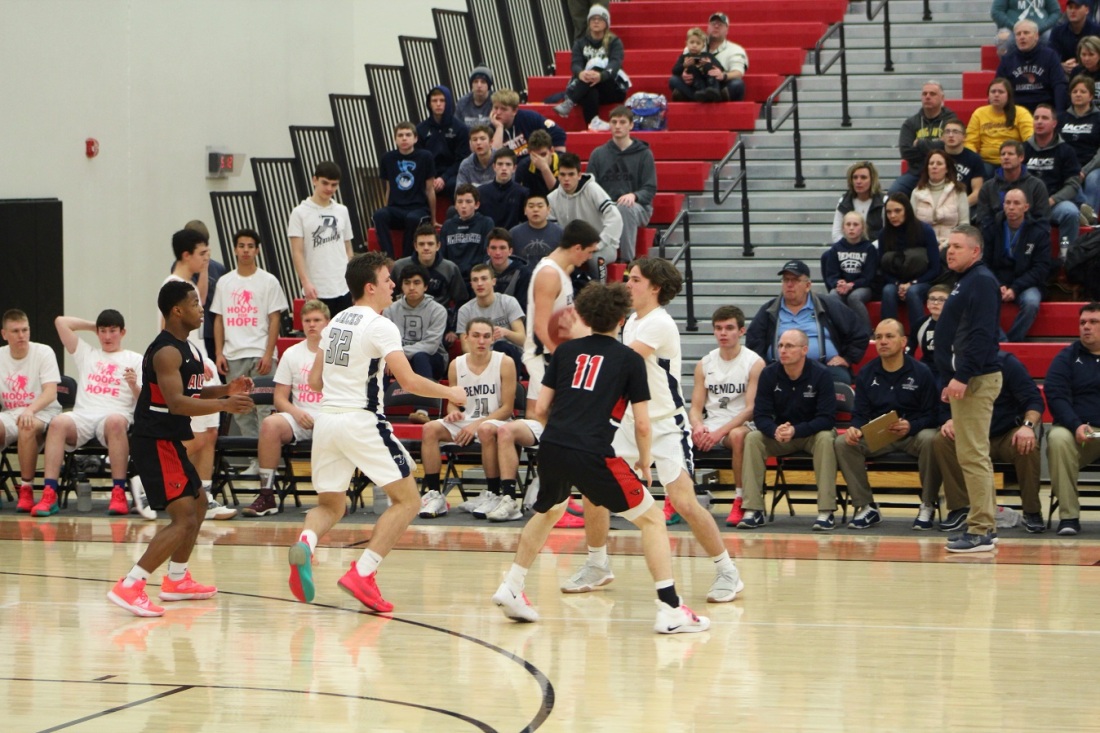 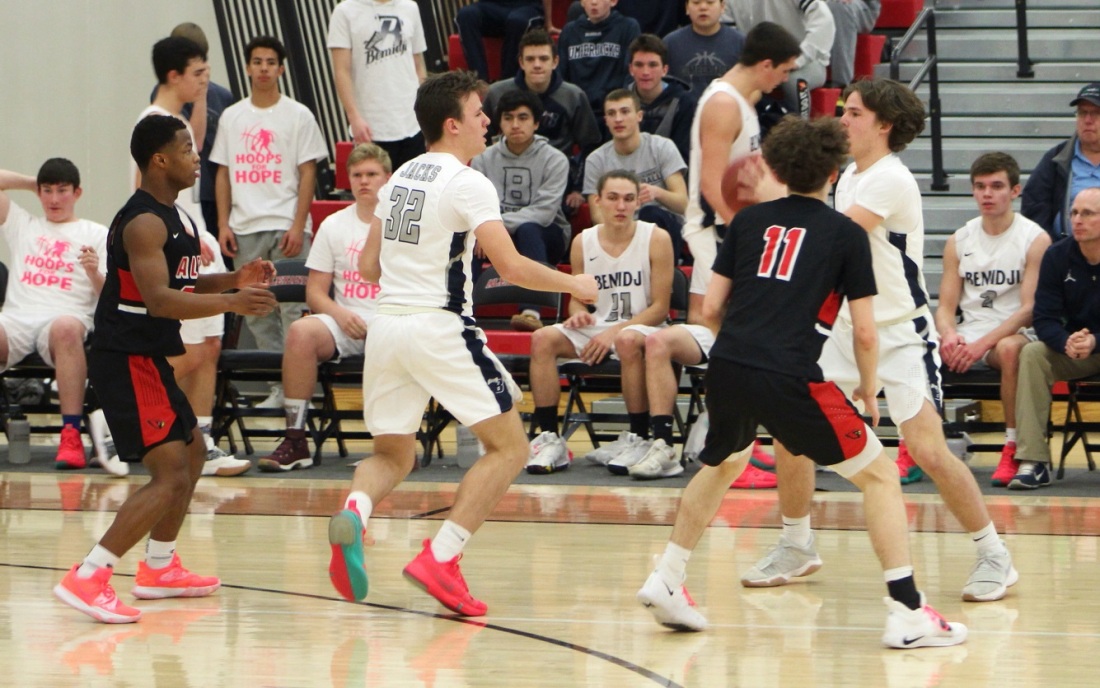 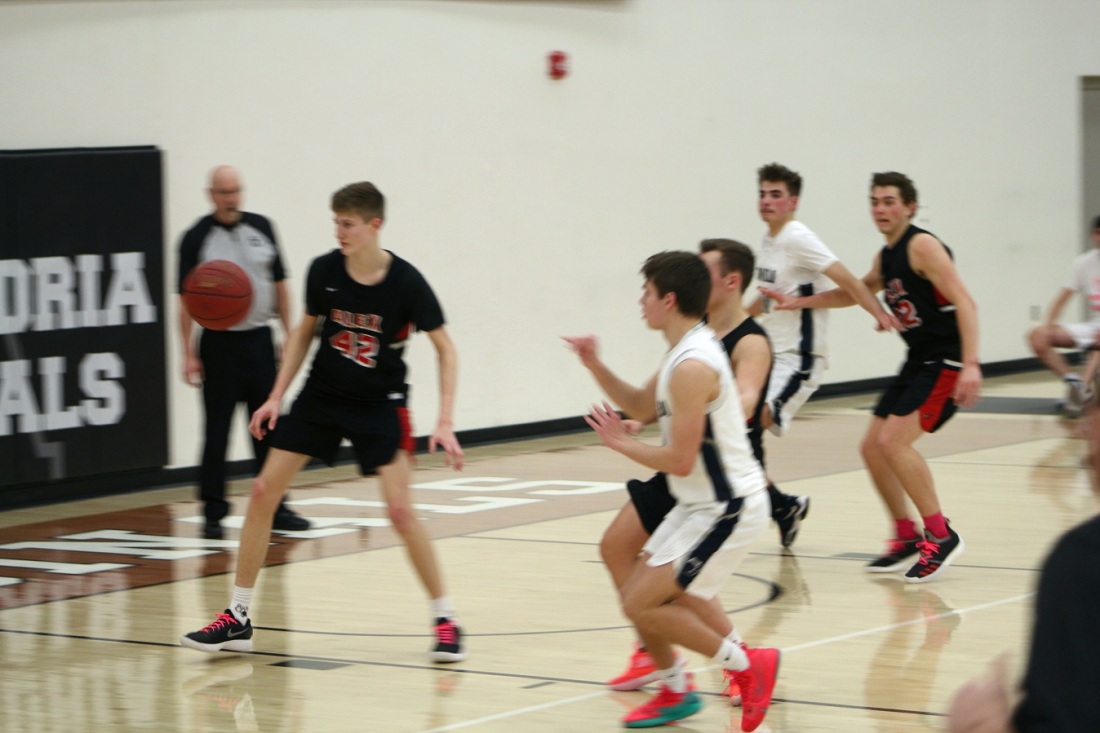 [Excellent win.  There were concerns about Colton and Carrson who both had to be helped off the court in the 2nd half.  I haven’t heard the extent of their injuries.] 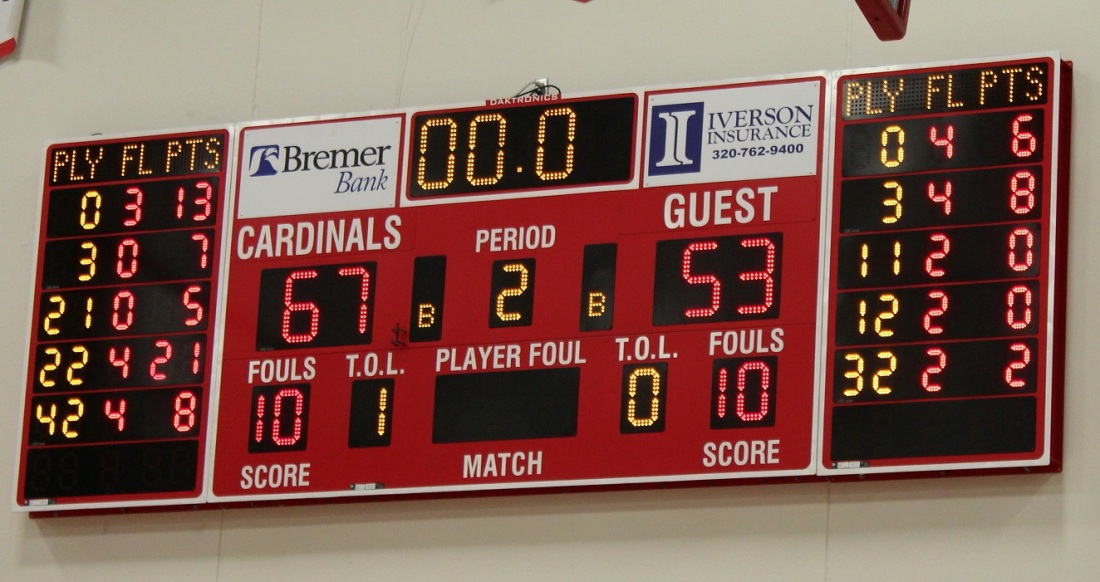 Our offense is like the Pythagorean Theorem. There is no answer.  ~  Shaquille O’Neal

Up Next:  Continuing with the sports/Spain conundrum.