After four memorable days in Barcelona, a city that totally lived up to its pre-visit billing, it was time to move on.  Up next was Spain’s capital city . . . 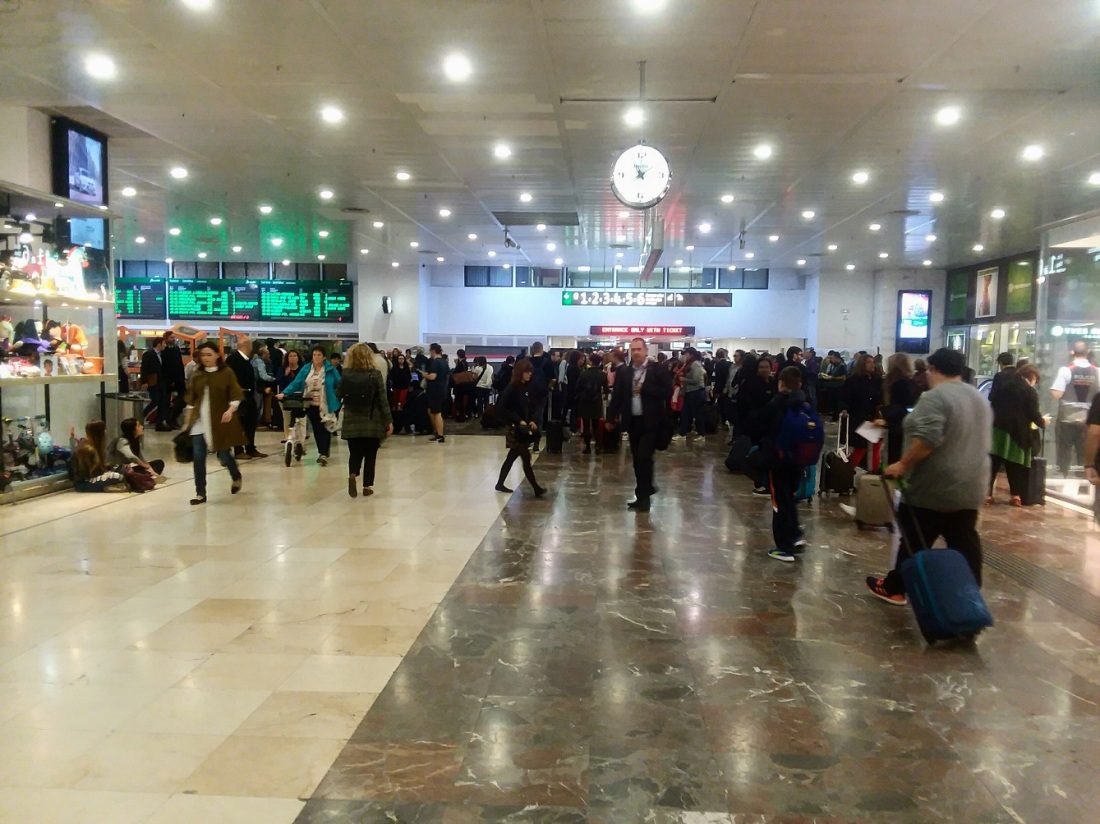 [Having a pre-trip nosh in the Barcelona train depot . . . ] 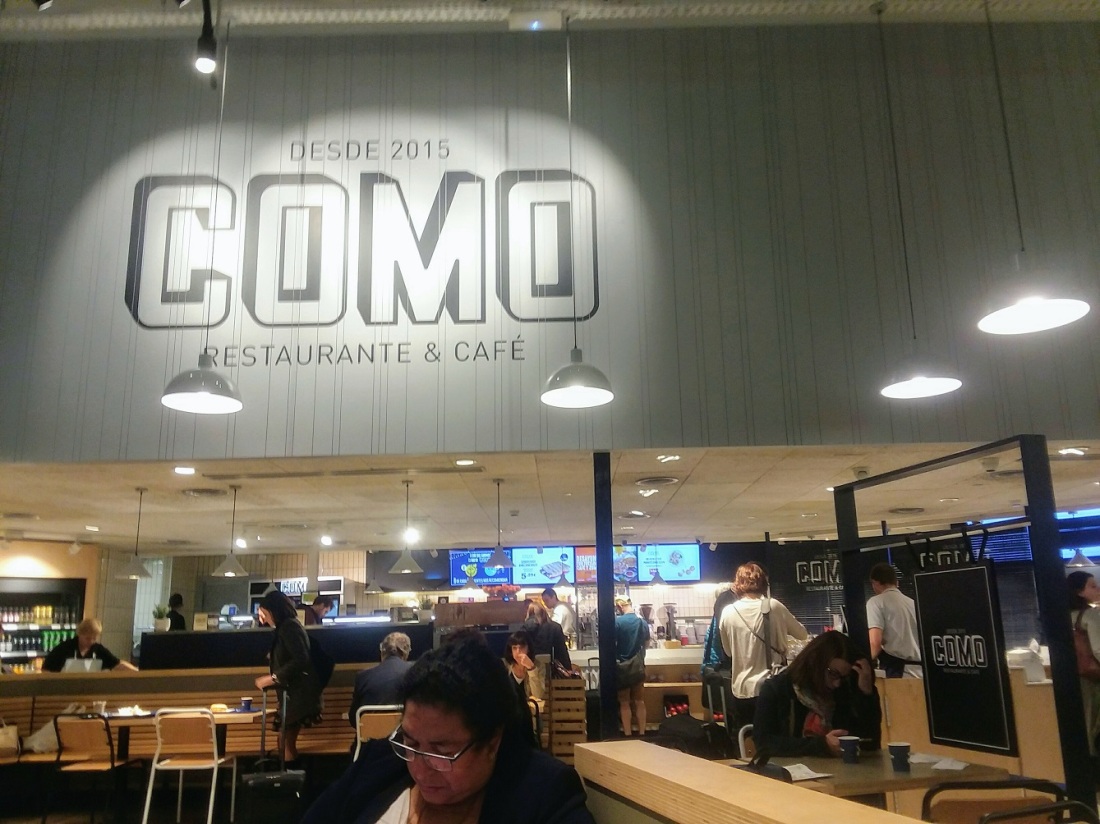 [Getting organized before going out to find the Dear Hotel (see map up top) . . . ] 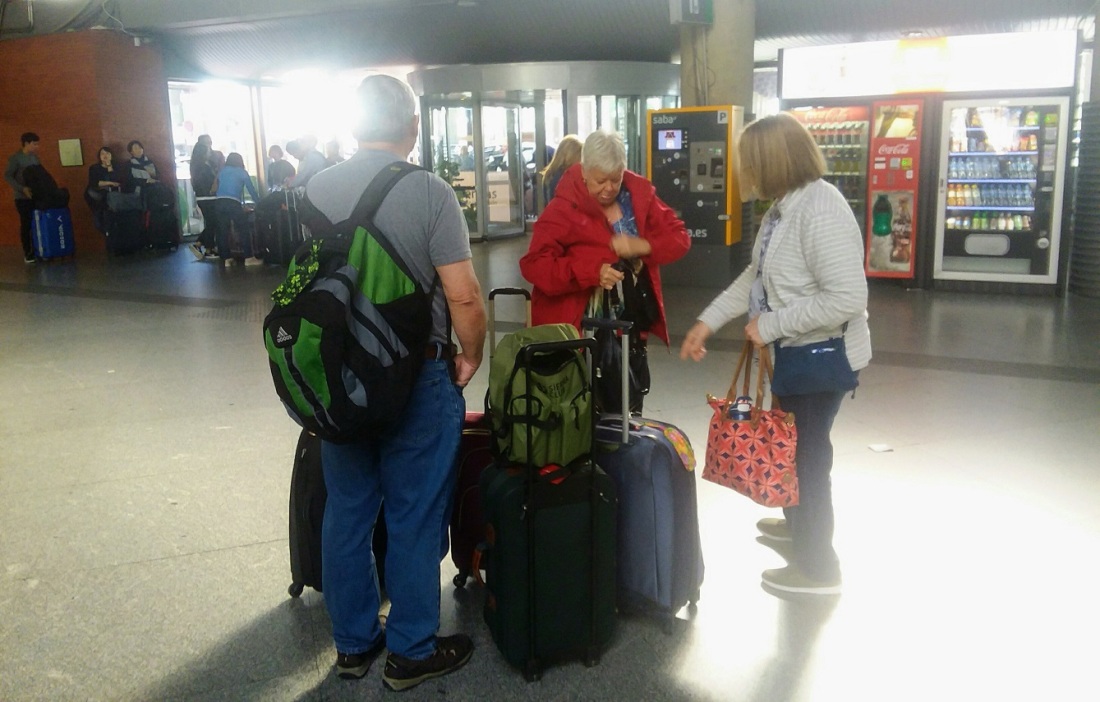 [Checked into our hotel, then hit the streets.  The first storefront we noticed . . . ]

[The direction of our walk, likely looking for a fine dining experience . . . ]

[Though this appears to be a significant piece of inner-city statuary . . . ]

[I could find nothing about it on the Google machine?]

[Plaza Callao square on Gran Via street (Gran Vía is the most famous and popular touristic street in Spain) . . . ] 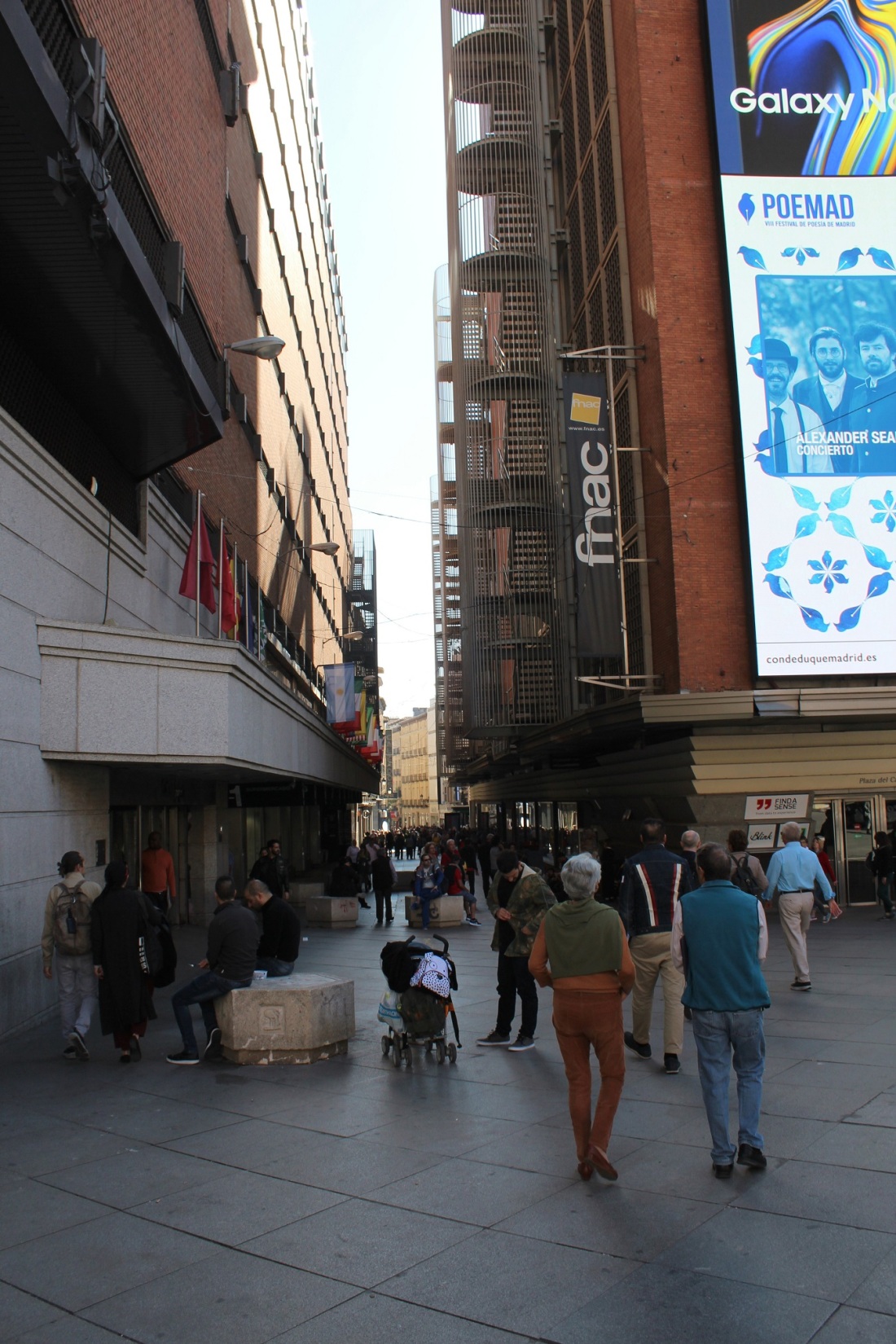 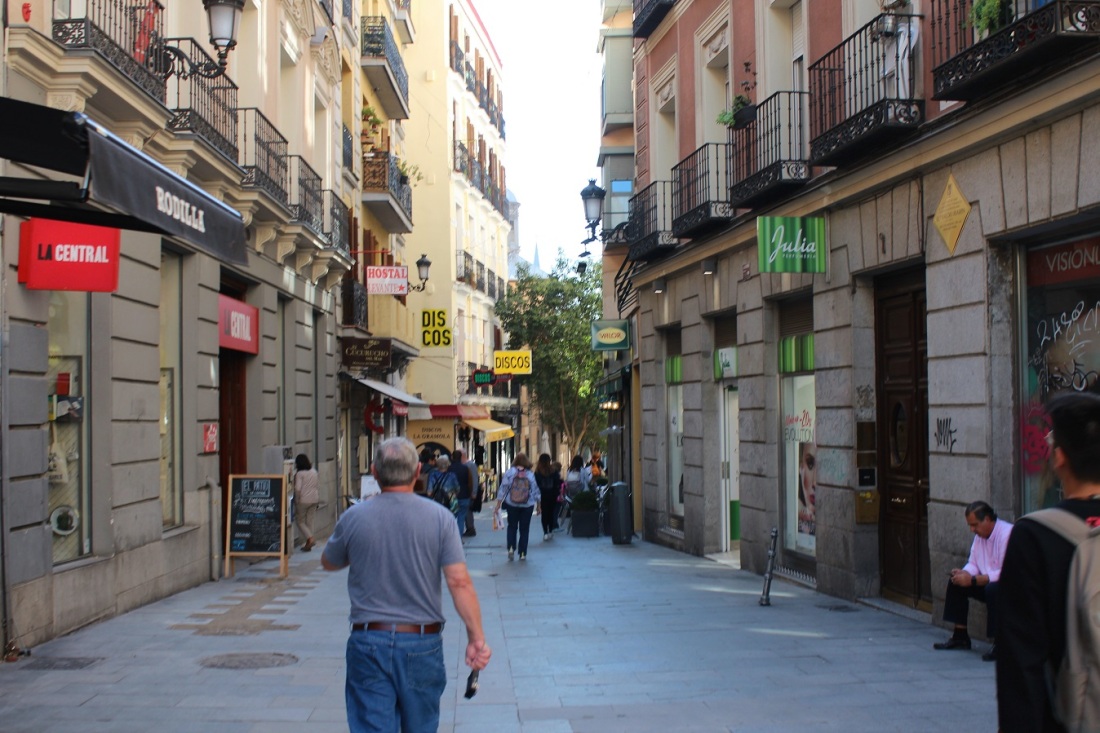 [The Plaza Mayor is a major public space in the heart of Madrid.  It was once the centre of Old Madrid.  It was first built (1580–1619) during the Habsburg period of Philip III’s reign.  Only a few Spanish blocks away is another famous plaza, the Puerta del Sol.  The Plaza Mayor is for the people of Madrid and tourists to shop, walk around, eat, and enjoy the outdoors (Wikipedia).] 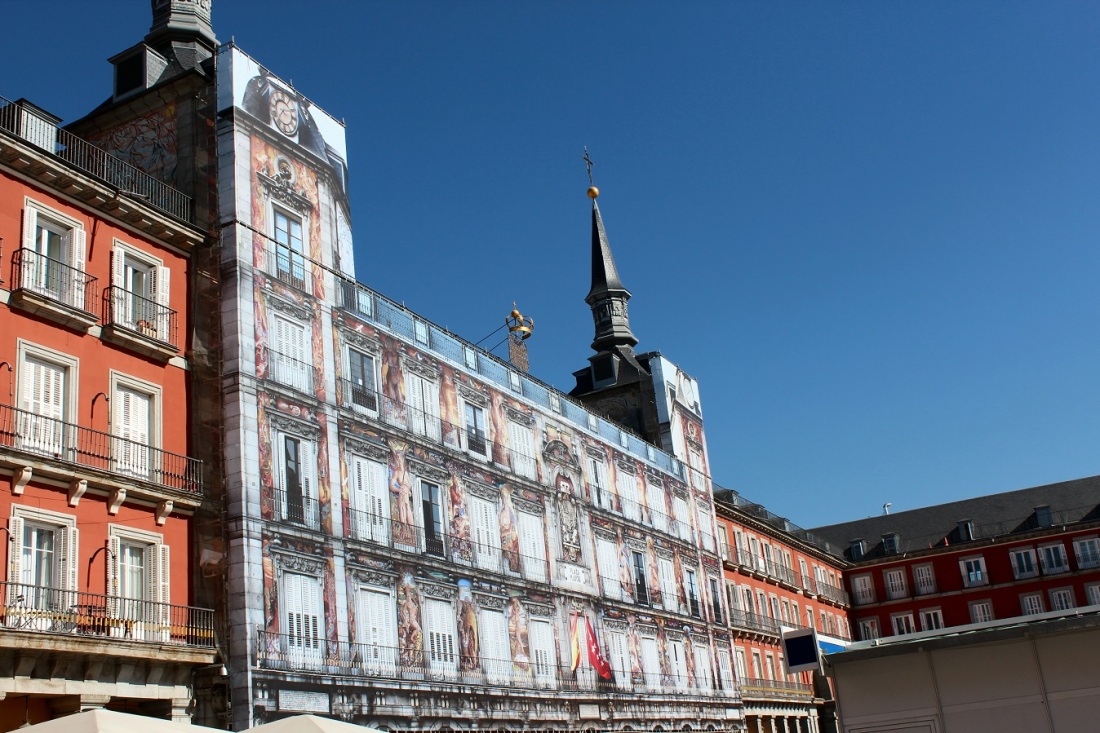 [Aha, found.  A place to peruse maps and ponder being amidst yet another reconstruction area . . . ] 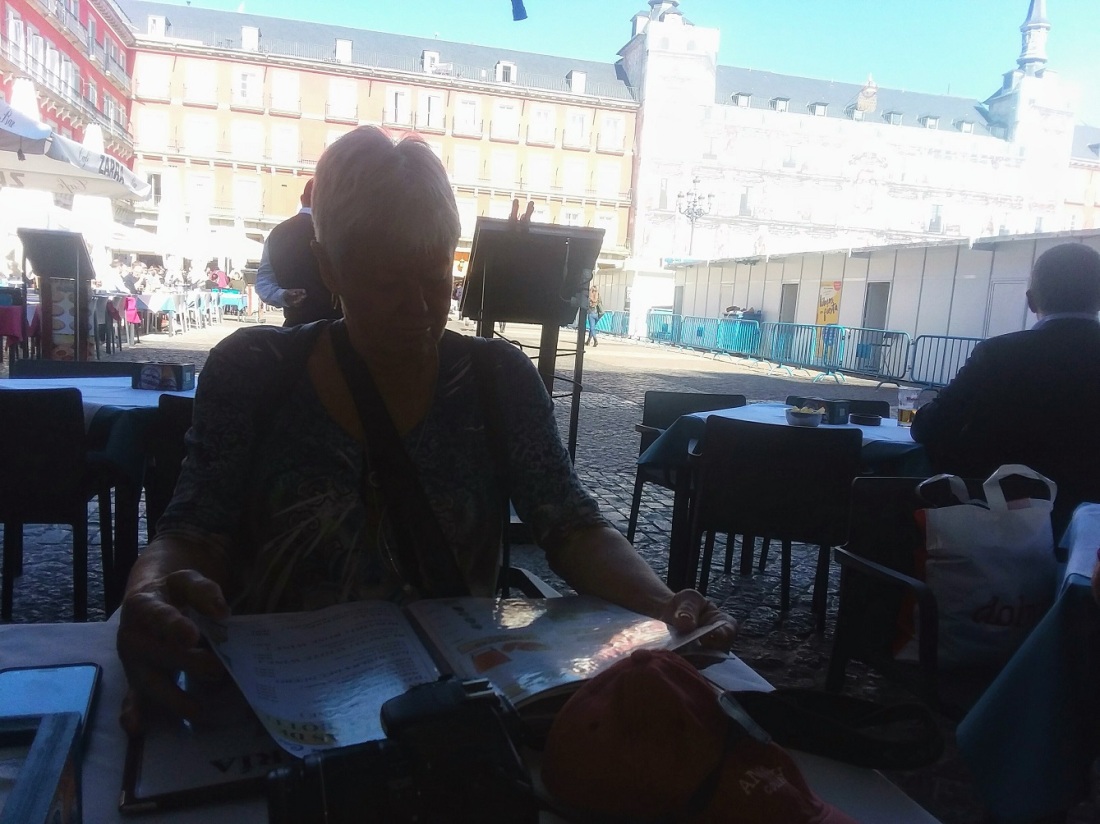 [And whom amongst us doesn’t enjoy sangria?] 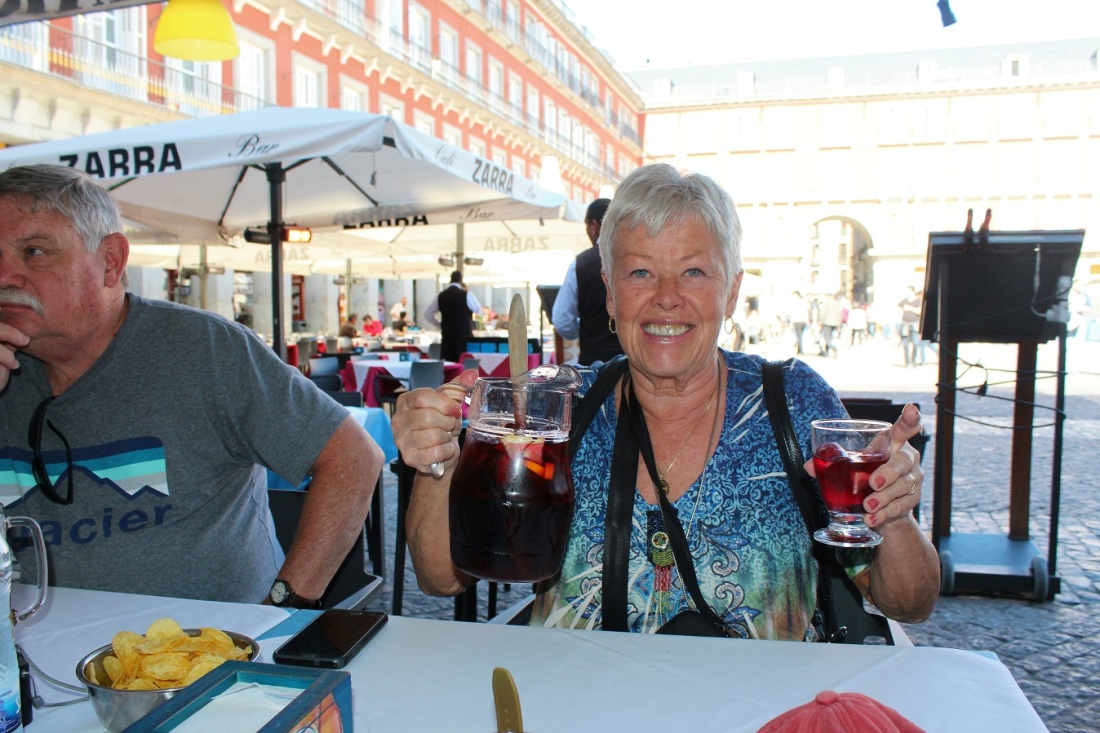 [I’m having a good time!  And whom amongst us doesn’t enjoy gazpacho?]

[A bronze statue of King Philip III at the center of the square, created in 1616 by Jean Boulogne and Pietro Tacca.  Giambologna’s equestrian statue of Philip III dates to 1616, but it was not placed in the center of the square until 1848.  The statue was a gift from the Duke of Florence at that time.  It was Queen Isabe II ordered to move it from Casa de Campo to become the centerpiece of the Plaza Mayor (Wikipedia).]

[Always wondered about the collar of the times – a fashion statement, or a neck brace?] 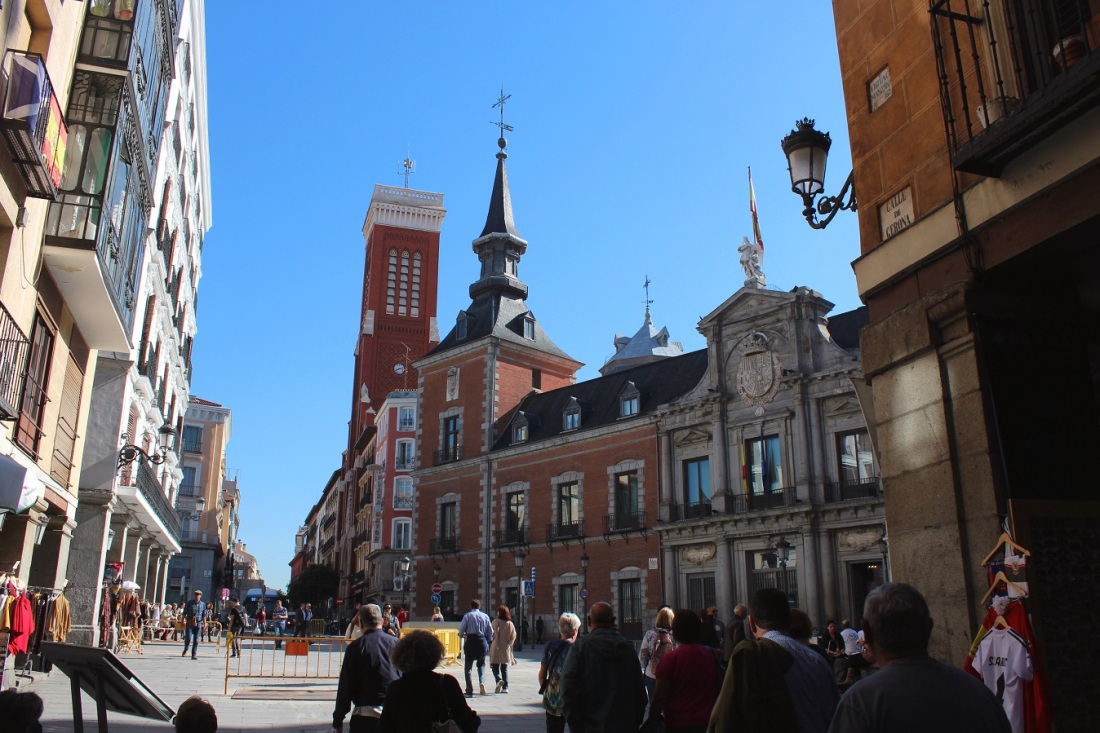 [Appears to be an official building, but all I know for sure is that it is officially a building . . . ] 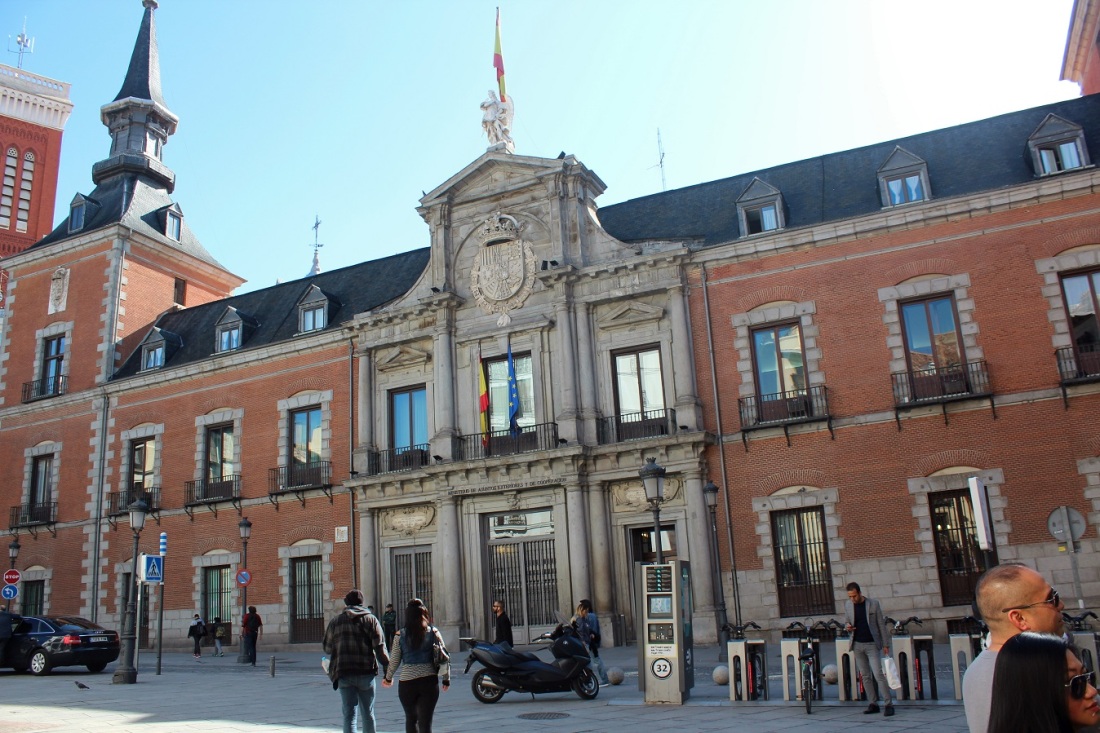 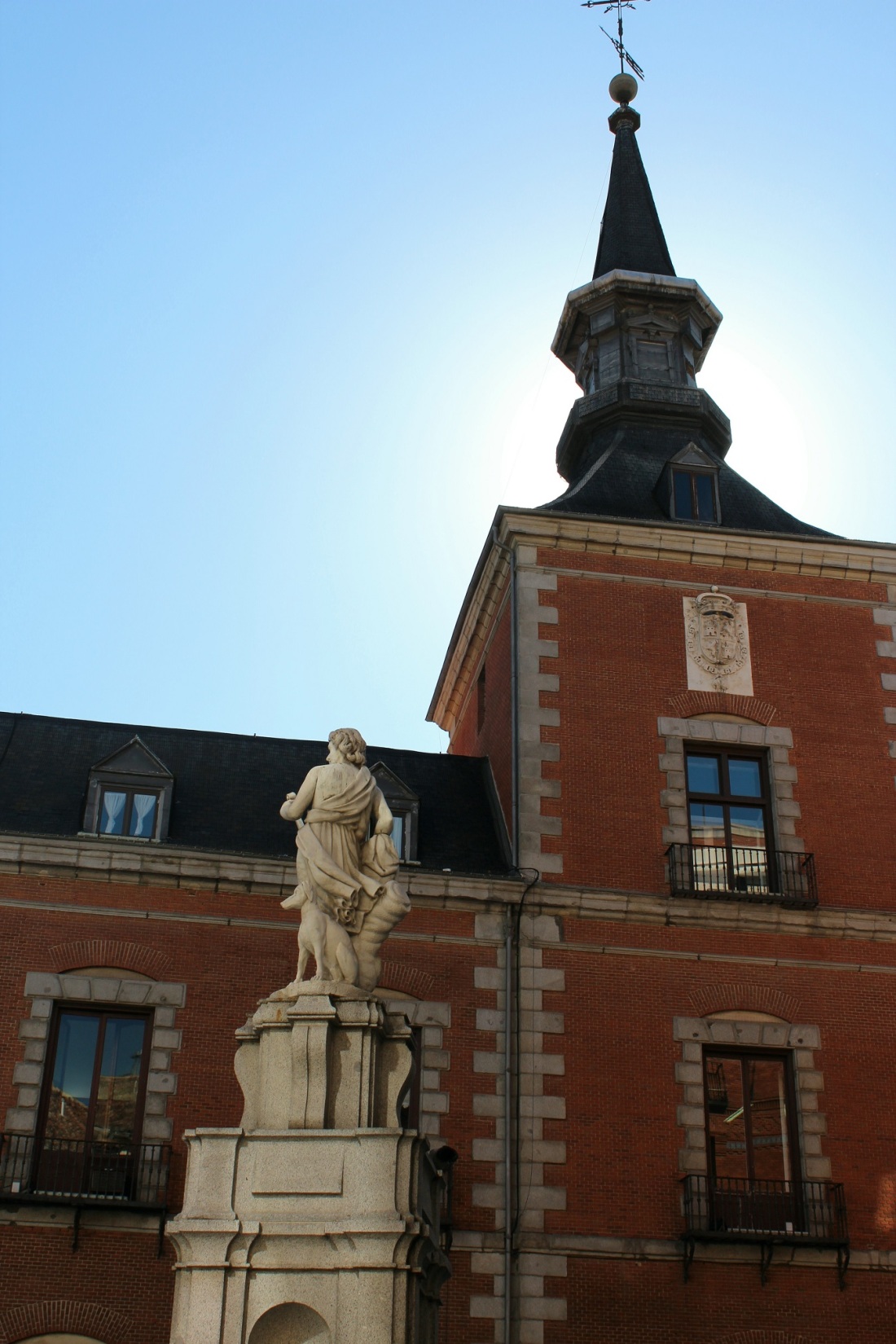 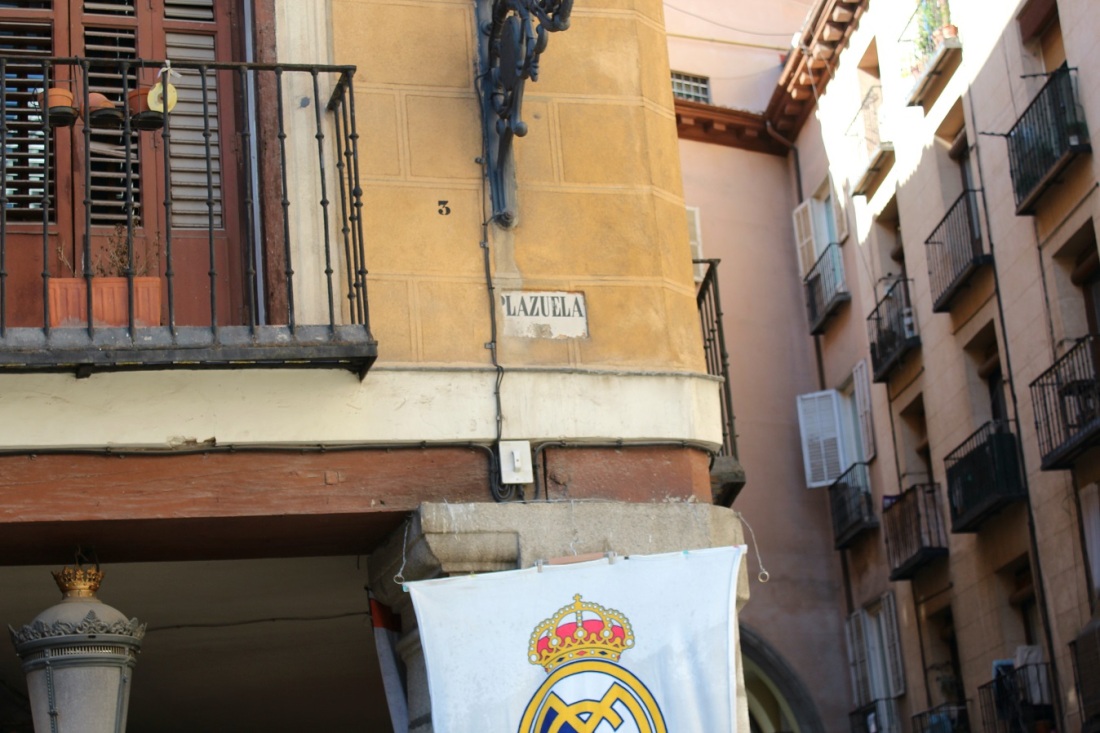 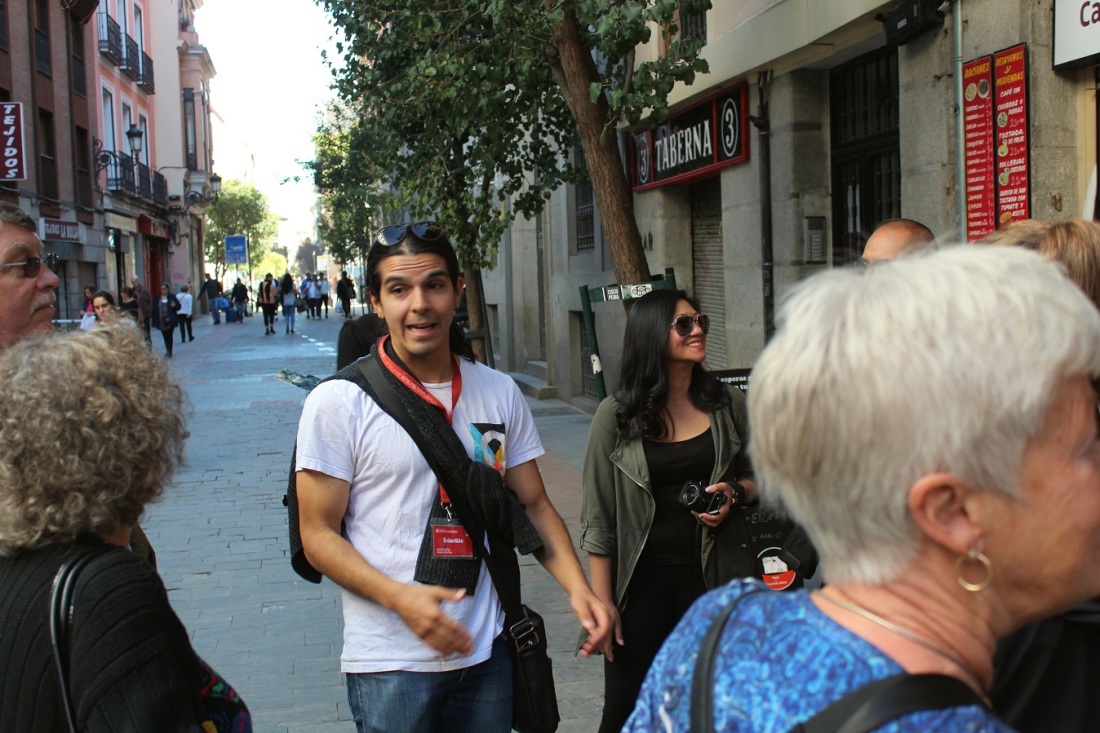 [After a three year absence, the iconic Tio Pepe neon sign, which has dominated the skyline of Madrid’s central square, La Puerta del Sol, since 1936, has returned to its rightful place on the 8thMay 2014 (www.tiopepe.co.uk/).]

[Pedro Calderón de la Barca y Barreda González de Henao Ruiz de Blasco y Riaño, usually referred as Pedro Calderón de la Barca; 17 January 1600 – 25 May 1681), was a dramatist, poet and writer of the Spanish Golden Age.  During certain periods of his life he was also a soldier and a Roman Catholic priest.  Born when the Spanish Golden Age theatre was being defined by Lope de Vega, he developed it further, his work being regarded as the culmination of the Spanish Baroque theatre.  As such, he is regarded as one of Spain’s foremost dramatists and one of the finest playwrights of world literature (Wikipedia).] 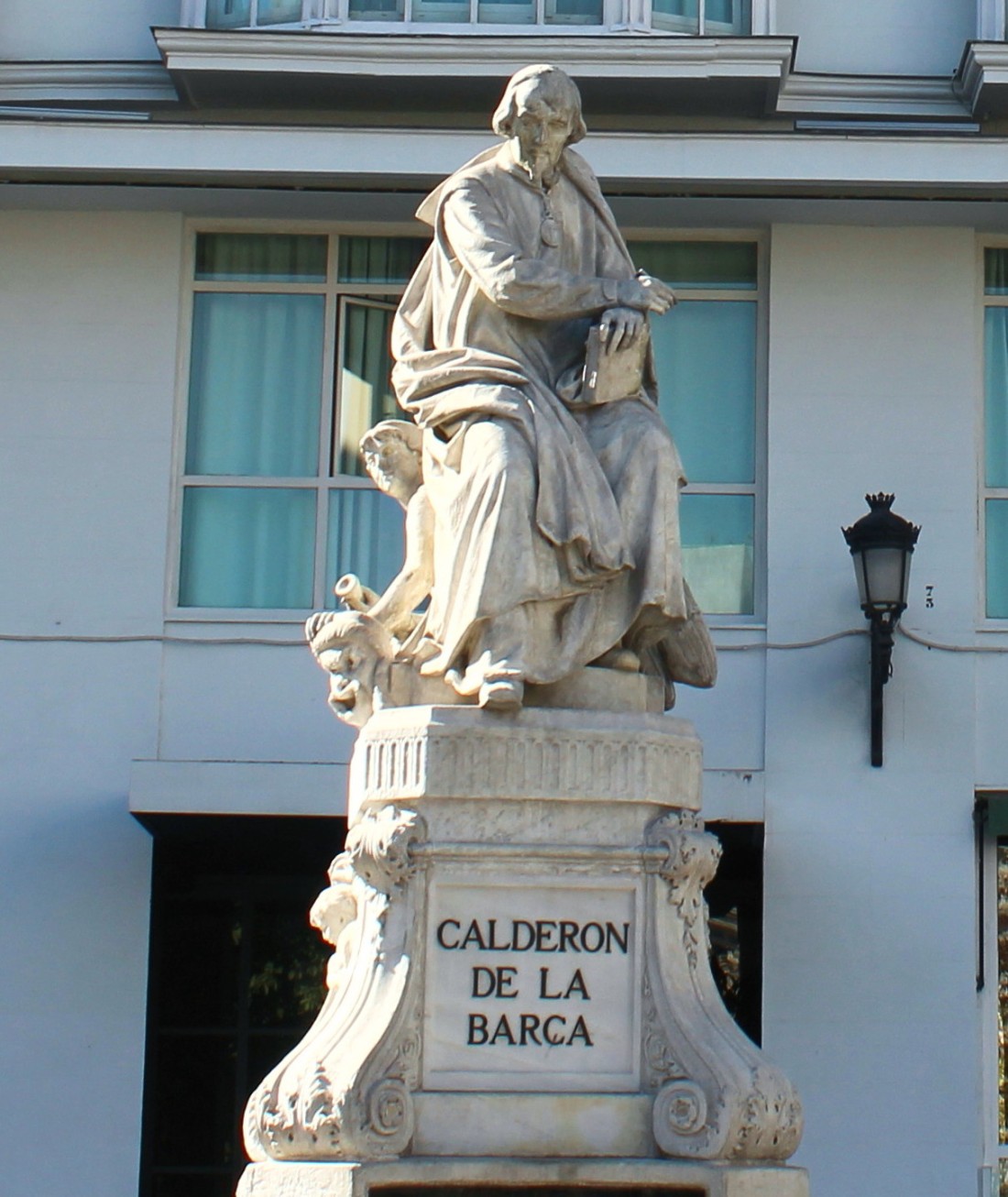 [Ahhh, be alert – Segways on the loose!] 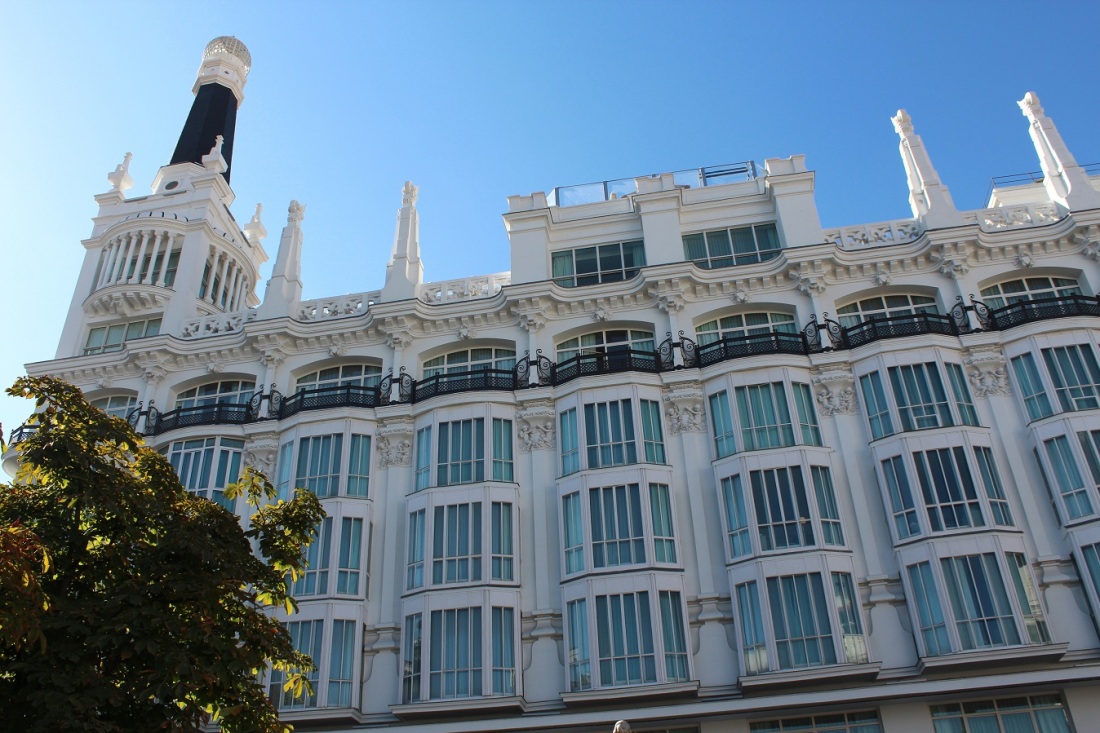 [The street of Cervantes is a public road located in Madrid de los Austrias (district of Cortes, district Center), which descends, in a north-south direction, from the street of Leon to the square f Canovas del Castillo, on the promenade meadow.  Before it was called Calle de Francos, until in 1835 it took the name of the author of Don Quixote.  Among its oldest buildings is the dedicated House-Museum of Loe de Vega, within the general set of the Barrio de las Letras (of “the muses or comedians”).  Like many other writers, poets and authors of comedies, Miguel de Cervantes Saavedra was a habitual neighbor of the neighborhood that for that reason would be known centuries later as a “neighborhood of the muses.” (Wikipedia)]

[Our guide, Sebastian, could not have been more effusive about his country’s pride in Cervantes, and this neighborhood of the muses . . . ] 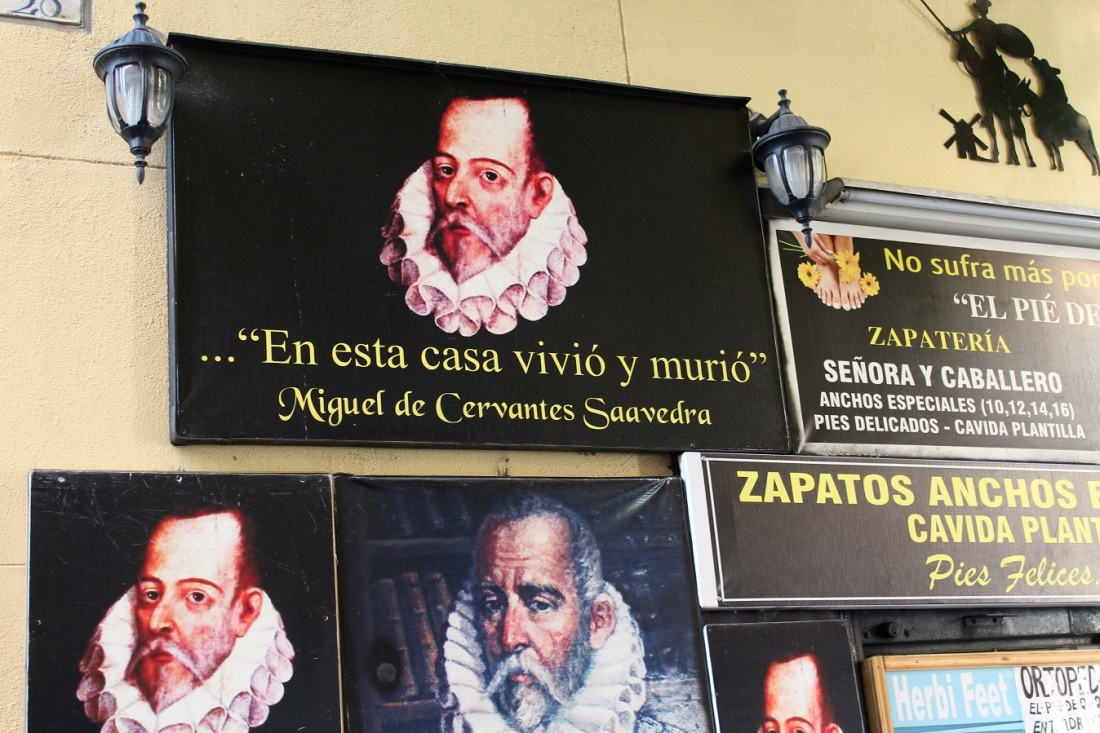 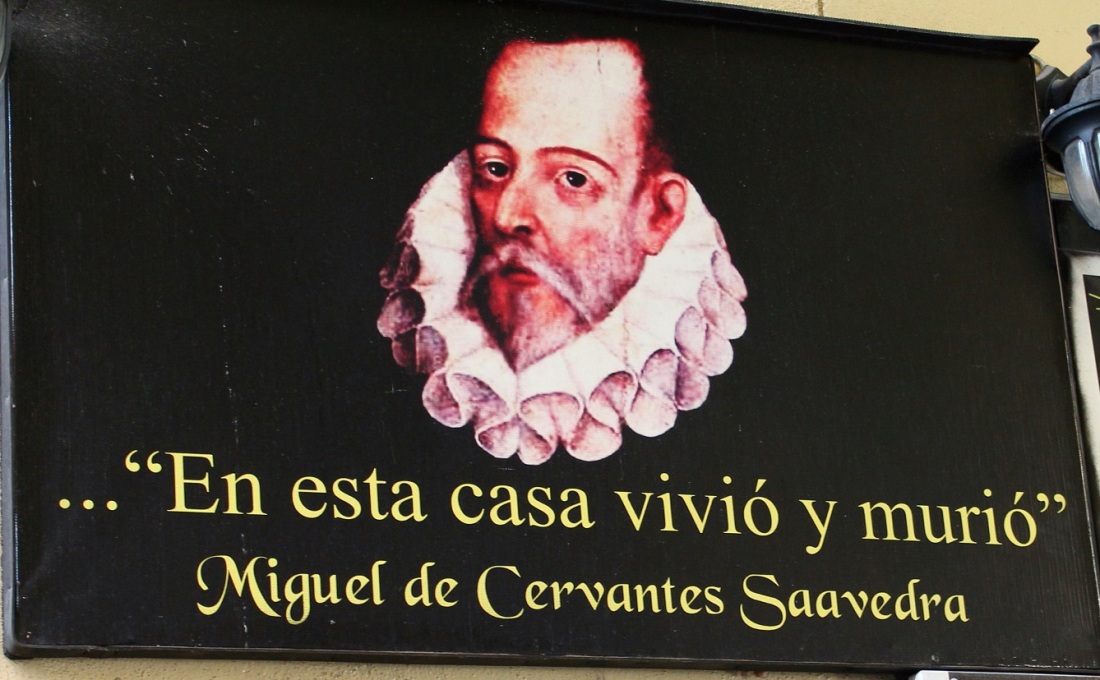 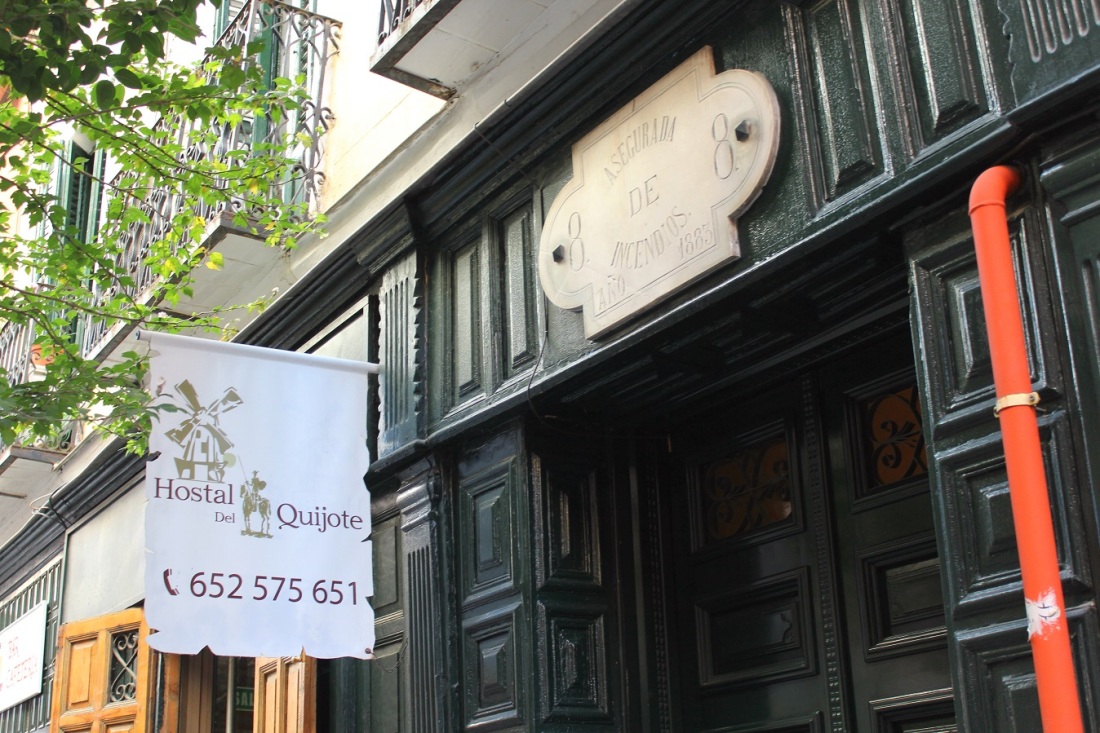 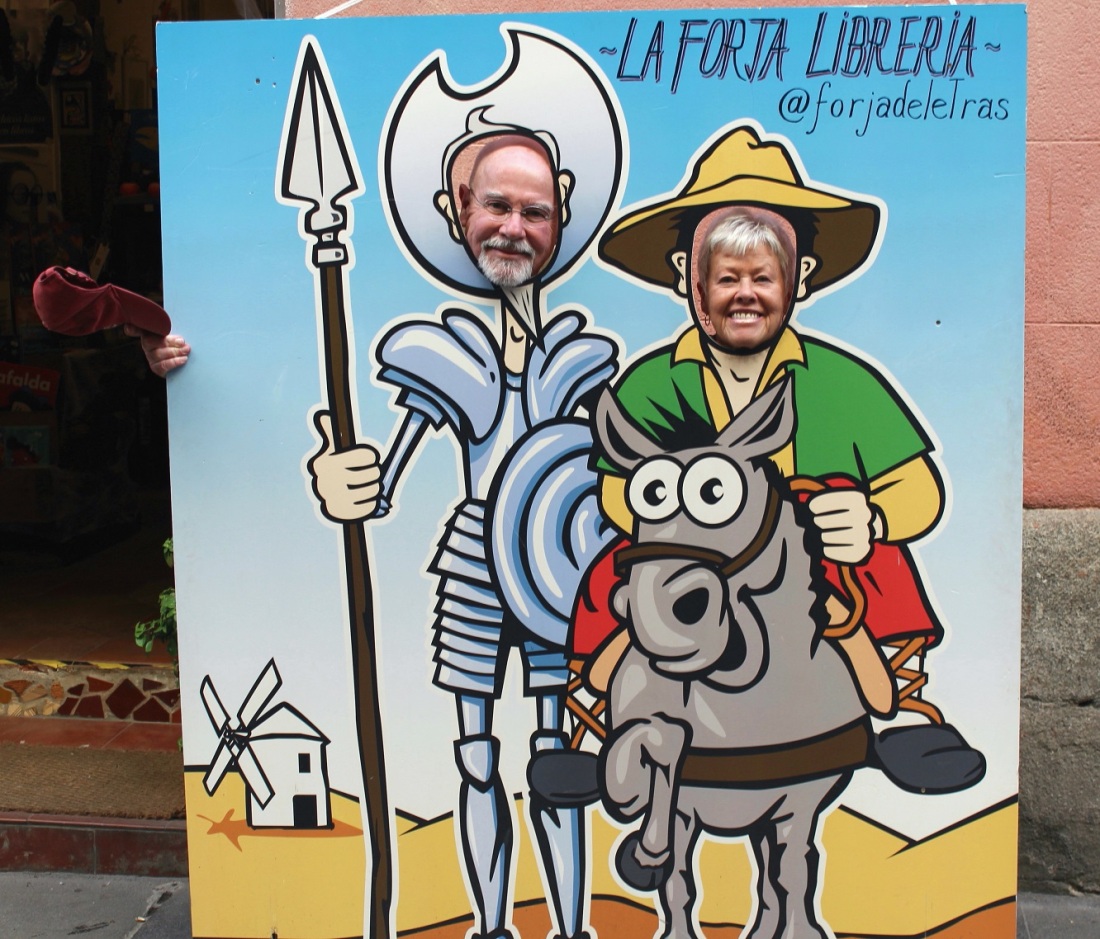 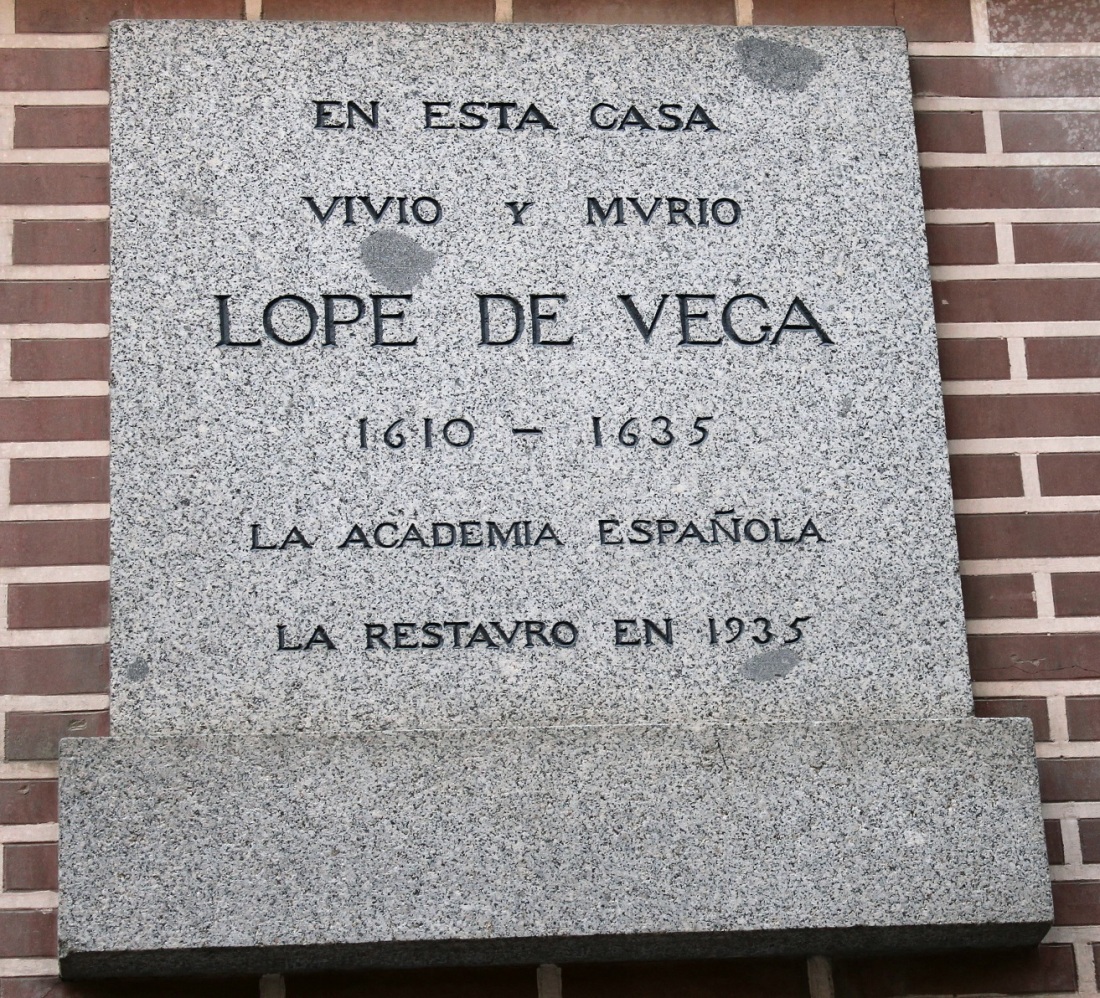 [Lope Félix de Vega y Carpio was a Spanish playwright, poet, novelist and marine. He was one of the key figures in the Spanish Golden Age of Baroque Literature  (Wikipedia).] 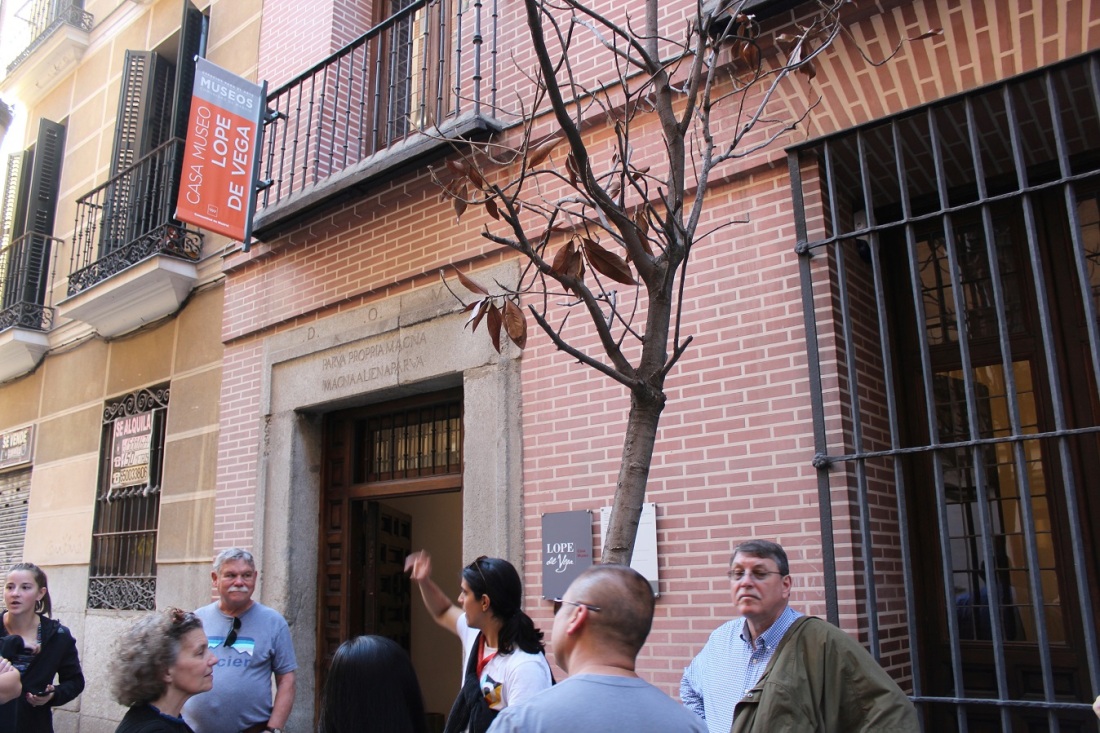 [The Super’s kind of place!  We’ll finish Madrid in Part 2.]

Once a year go someplace you’ve never been before.  ~  Dalai Lama

Up Next:  I’ll know when I get there.