Who are these guys and who lets them in the building? 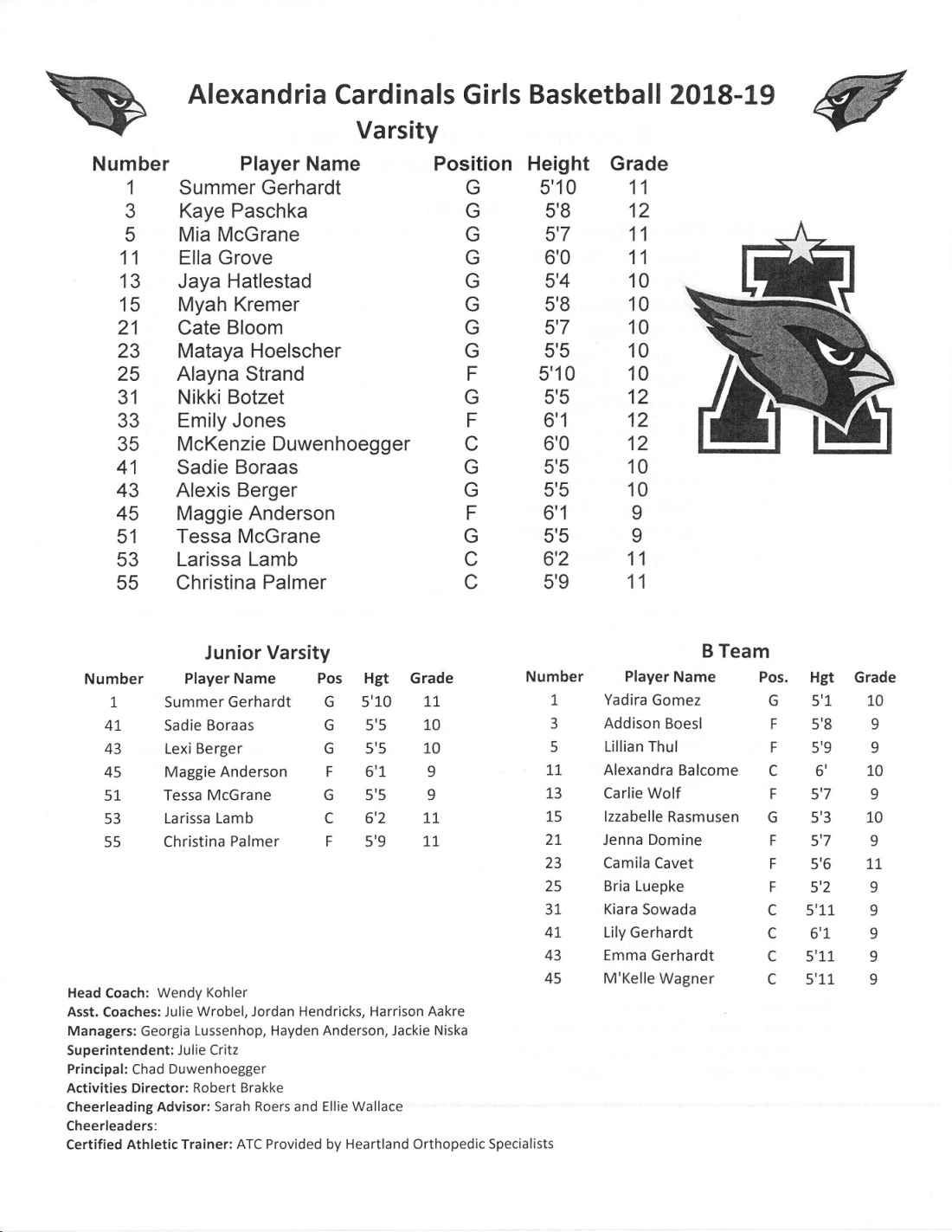 [It’s amazing how often the JV game turns out to be a reflection of the upcoming varsity game.  Knowing the game against Sauk Rapids-Rice was likely not to be competitive, I would have opted for going to the boys hockey game.  But I had a scheduling faux pas and had promised Brad the basketball game.  It turned out good.  The old girls hockey super fans (us!) always preferred the girls game because when the boys have testosterone flair-ups it’s like a 20-car pile-up on the interstate with more players in the penalty box than on the bench – and that, apparently, is what happened last night . . . ]

[Did you check the security cameras for any Kim Kardashian sightings?]

[It was a combined “Fight Cancer” night with glow sticks distributed to one and all.] 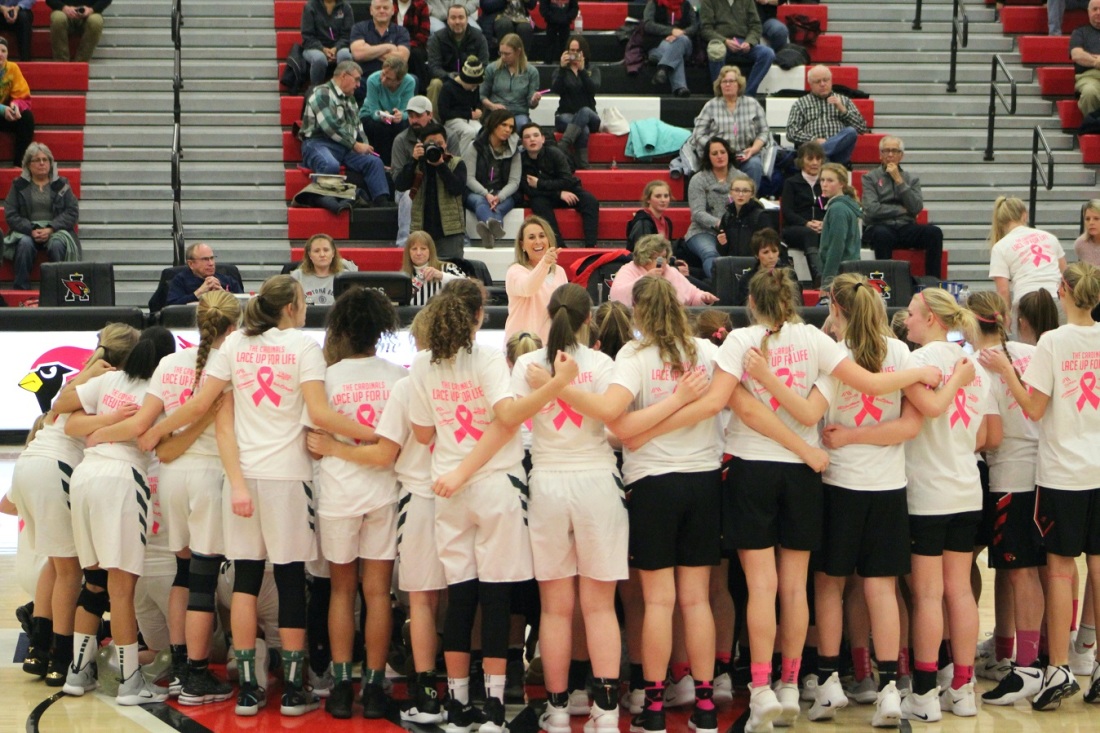 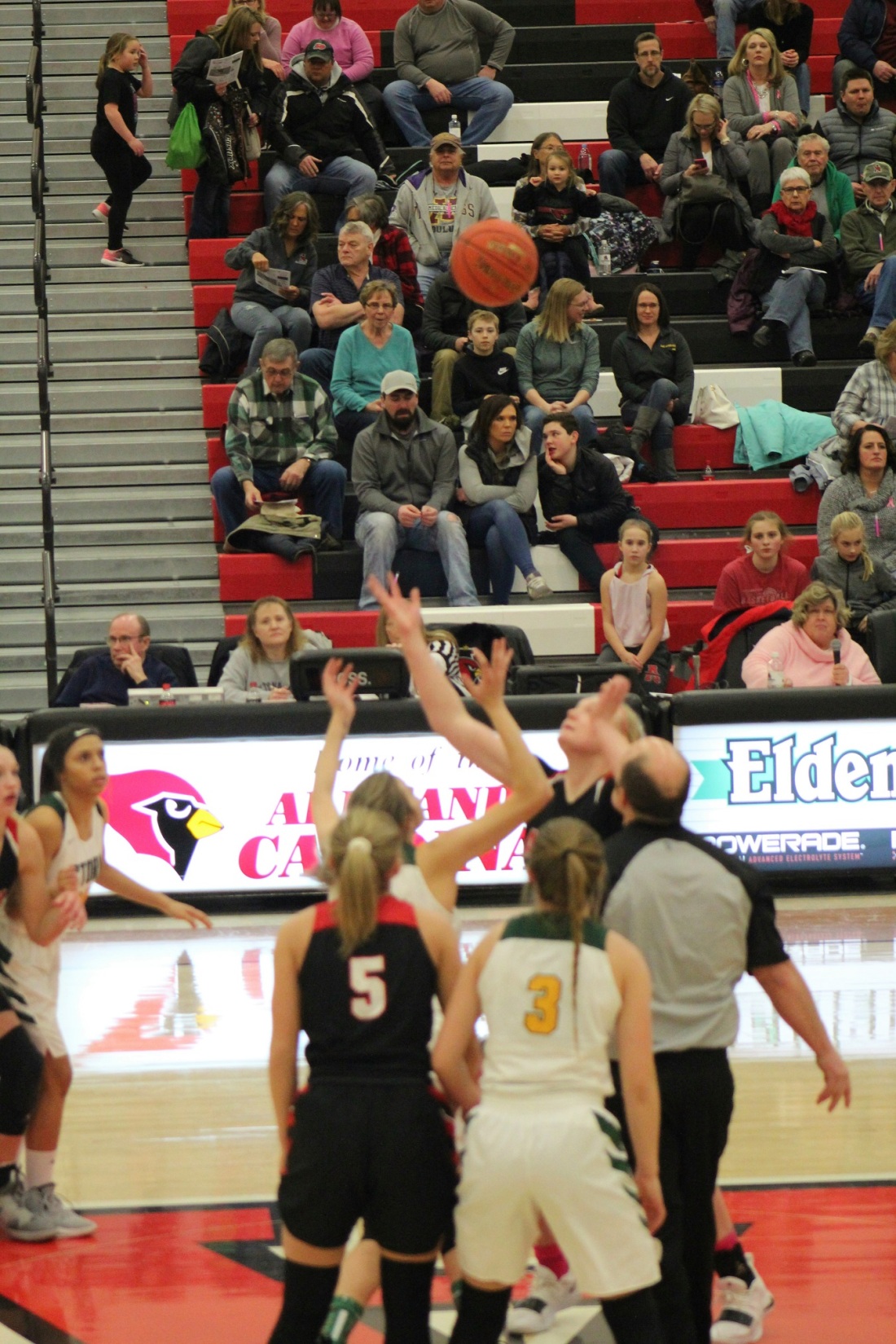 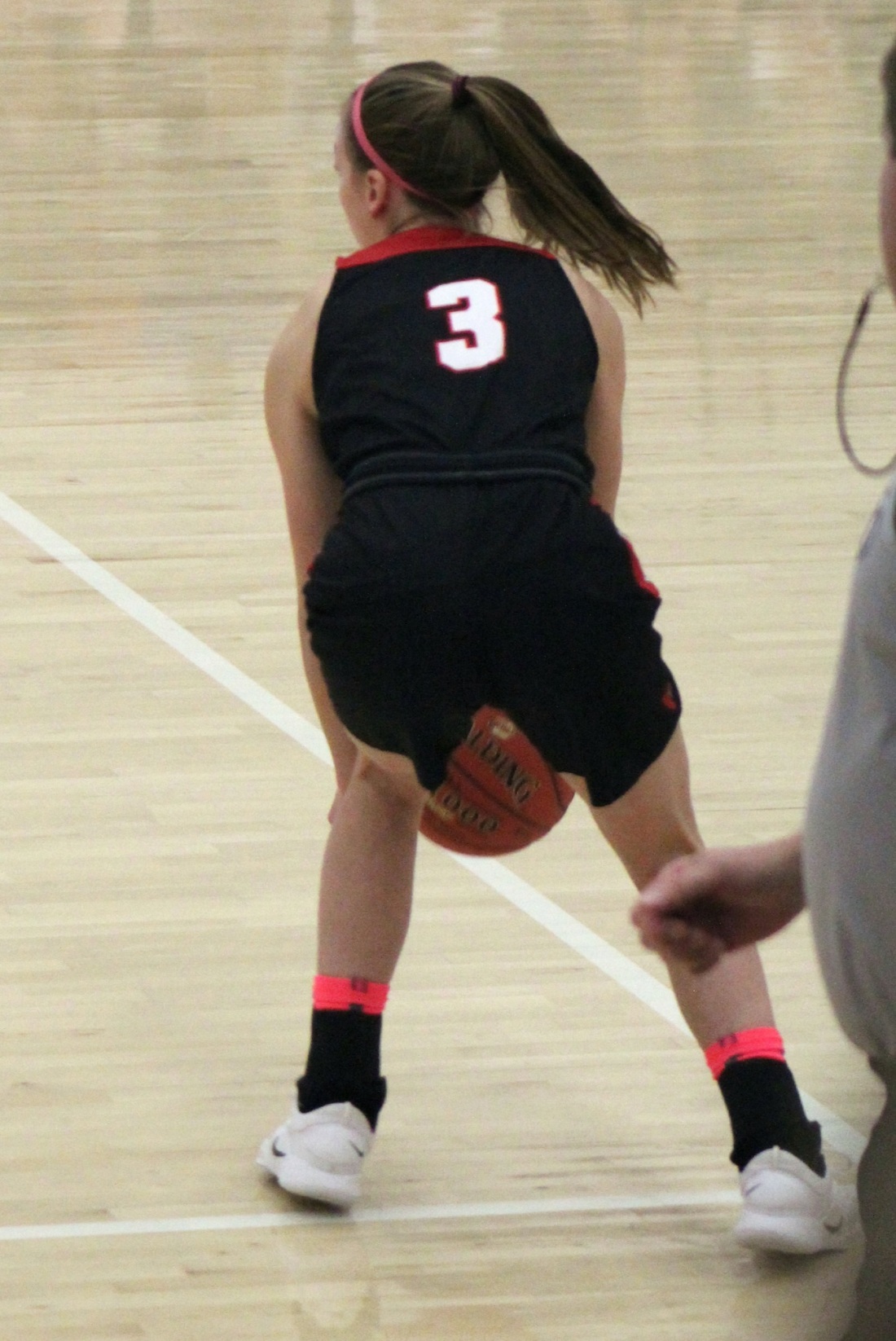 [Under the watchful eye of the game constabulary . . . ] 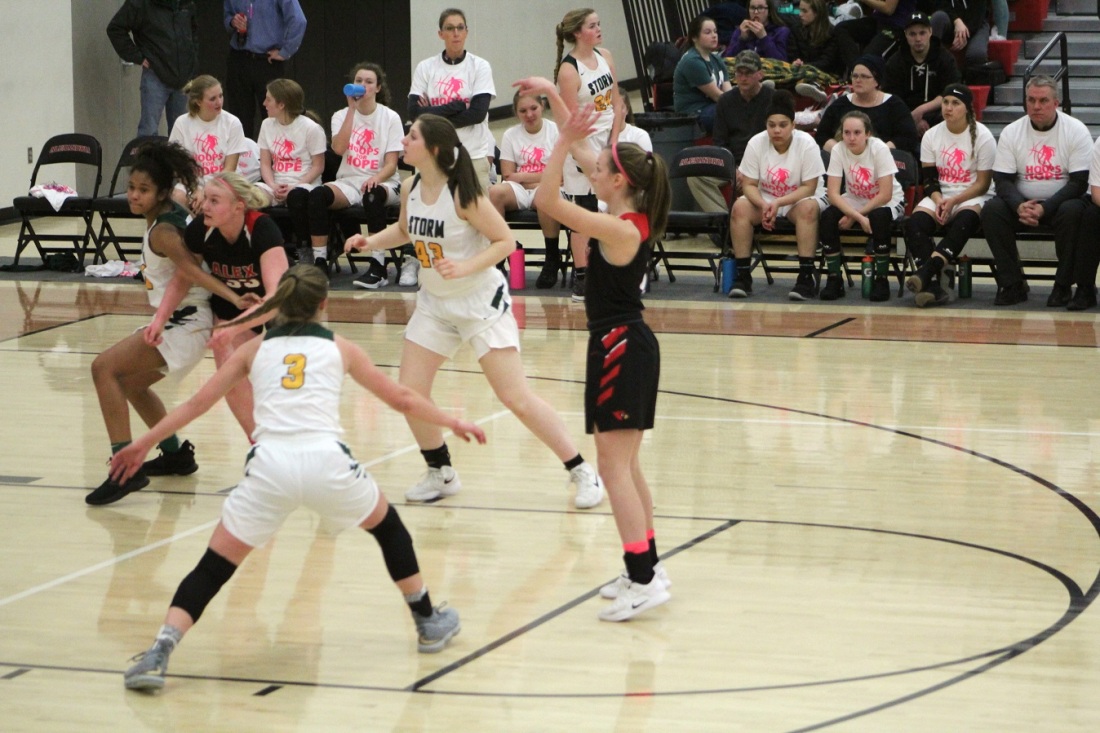 [Oh-oh, the ball must loose and airborne!] 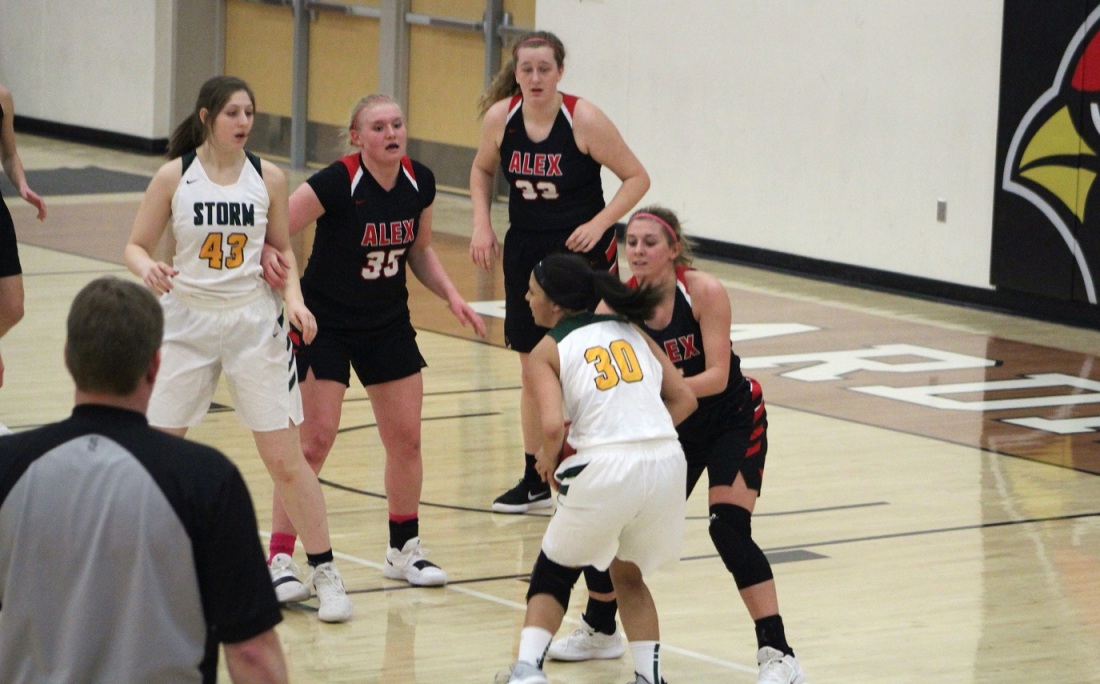 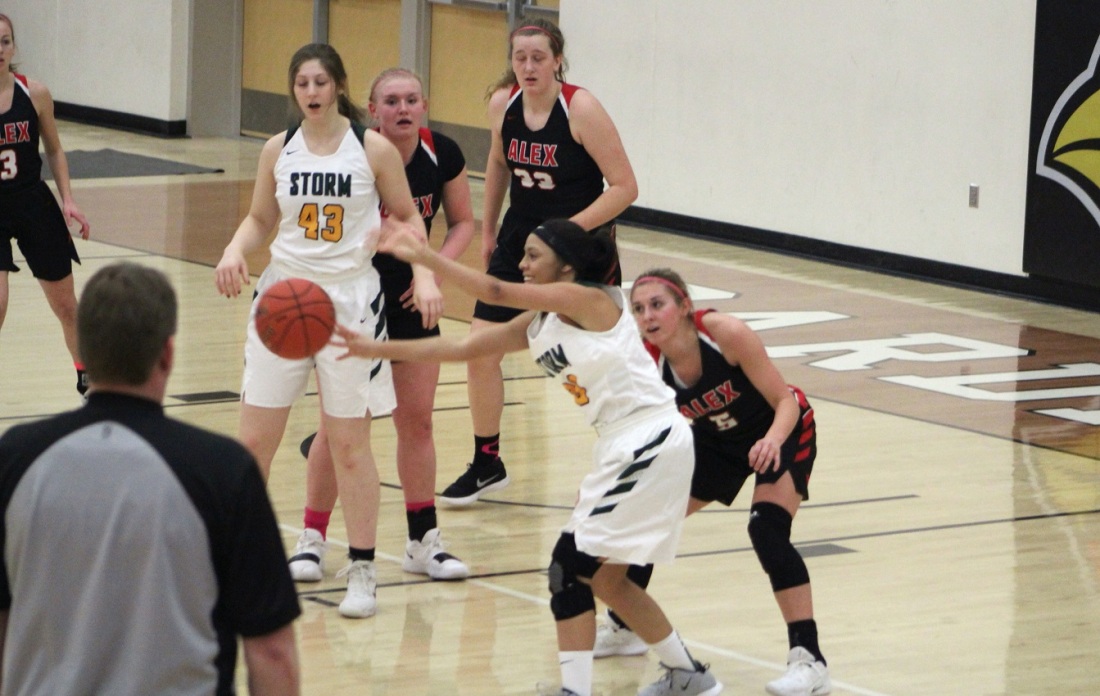 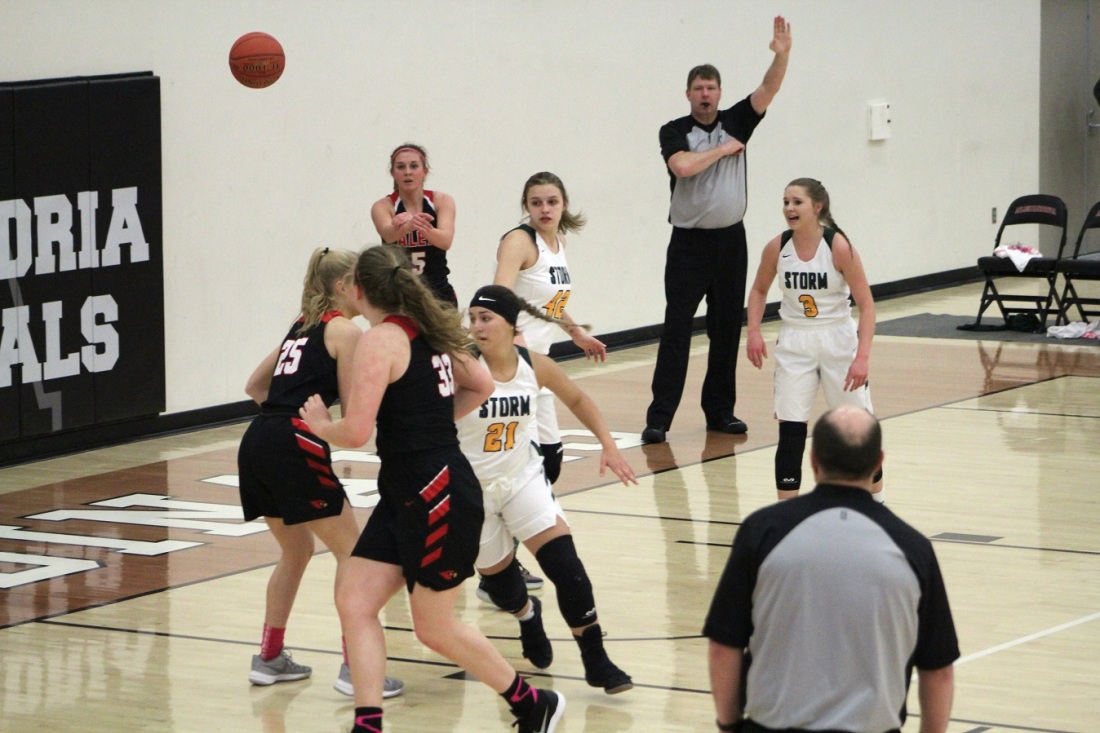 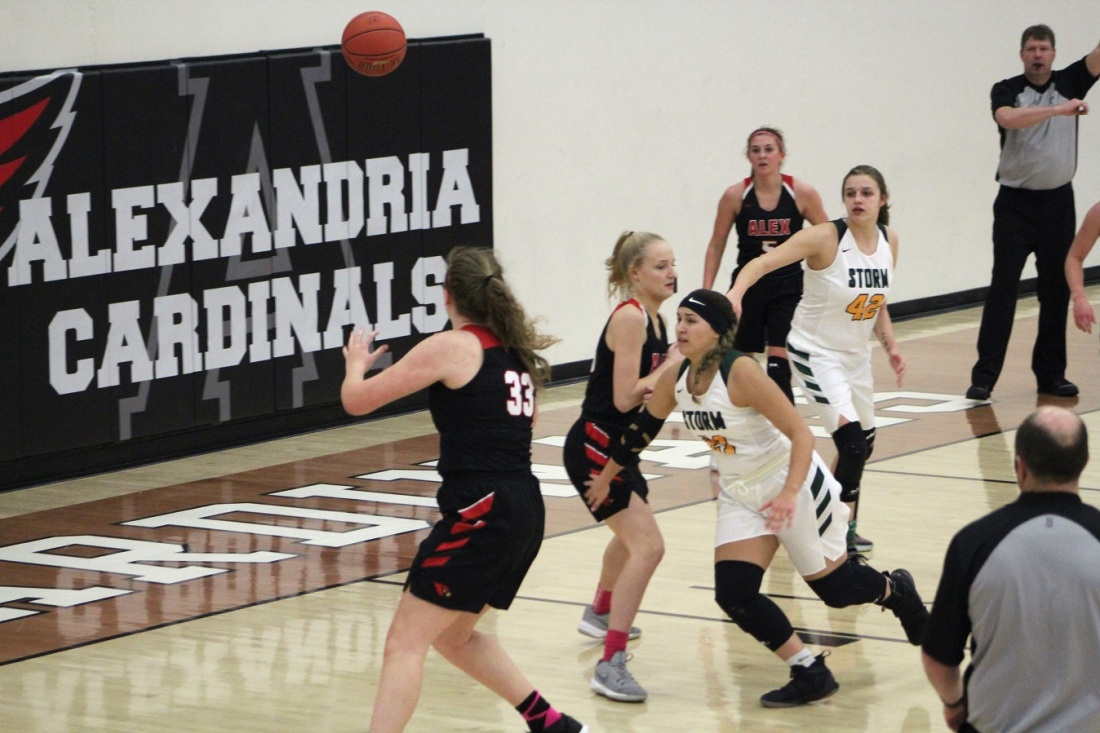 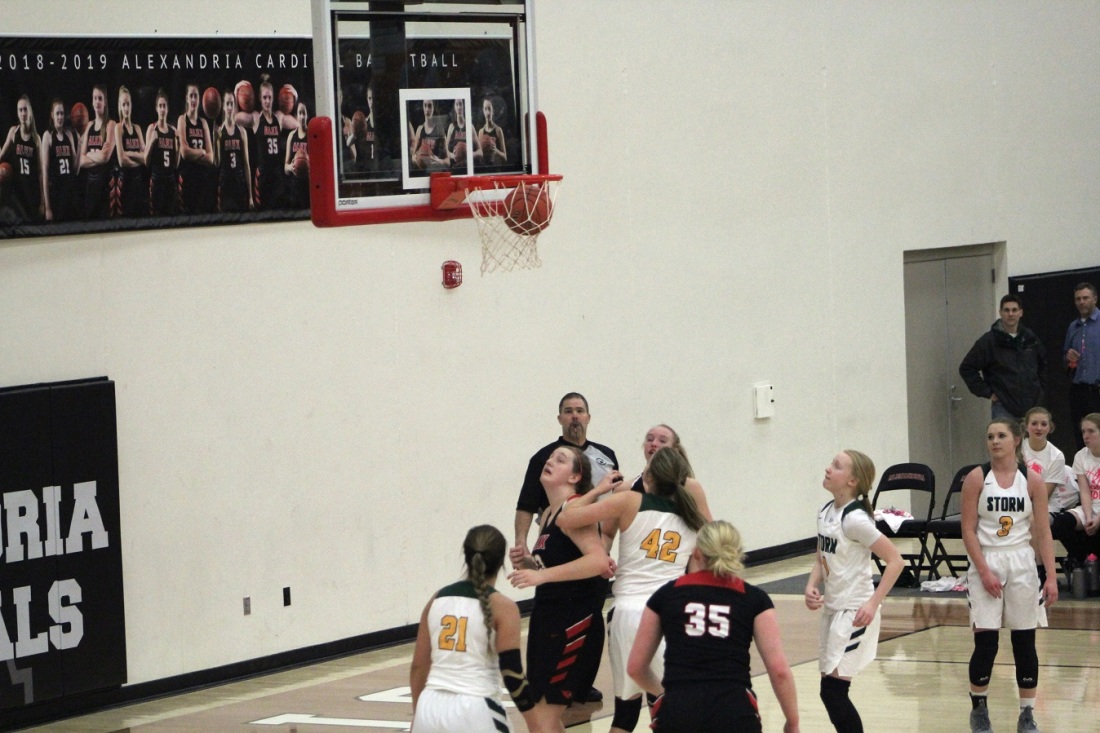 [Of course, we applied the fullcourt press the whole first half . . . ] 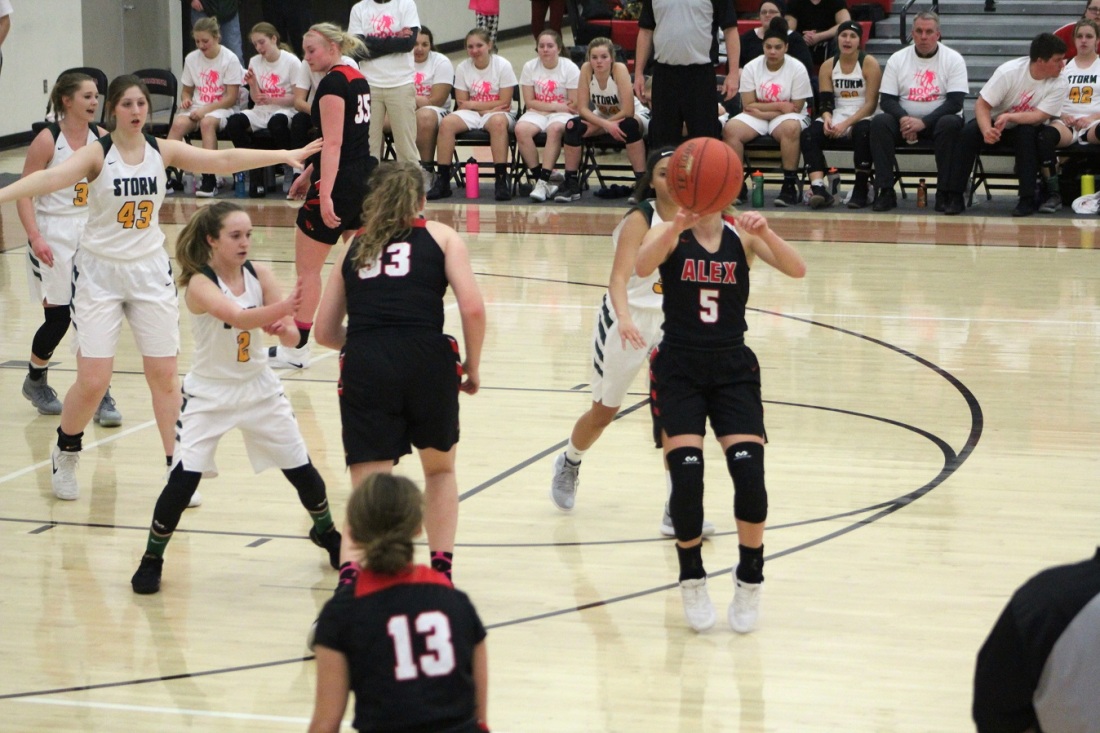 [Everybody cut!  Although the game was not competitive, it’s really fun to watch this team when it gets on a roll.  With fast tempo defense and offense, the whole team takes off and runs when we get the ball.  And this game was the best I’ve ever seen in terms of passing on the fly and interior passing.  Lots of beautiful assists for layups.] 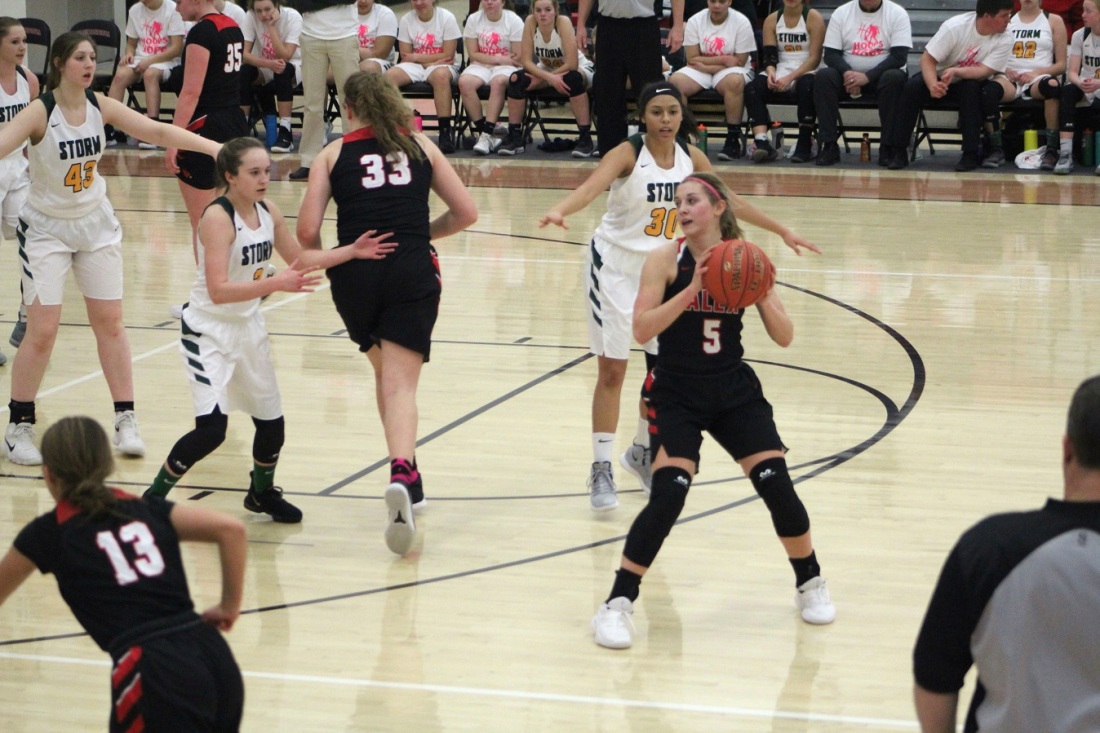 [The 2nd half starts with Mia attempting another pickpocket move – she gets an amazing number of clean steals when the opposition is standing still . . . ]

[It’s hard to dribble through our defense without someone knocking the ball loose.]

[Pretty much a reflection of the teams’ respective abilities.  Six games left on the regular season schdule.]

[And, of course, the other stars of the game.]

Up Next:  More games or Spain