[When you have a new toy (i.e., a legitimate camera), you tend to experiment with lenses and filters and stuff.  I should point out, though from the follow photo should be obvious, red filters are generally used for special effects in black and white photography.]

[Though sports fields were just down the hill from our barracks, I don’t recall ever using them.  They may have been reserved for MP’s and paratroopers who actually had to be in shape to do their jobs . . . ]

[And now a visit to Nagakusuku and its castle.  If you recall from the preceding post, Nakagusuku is just slightly north of Yonabaru . . . ] 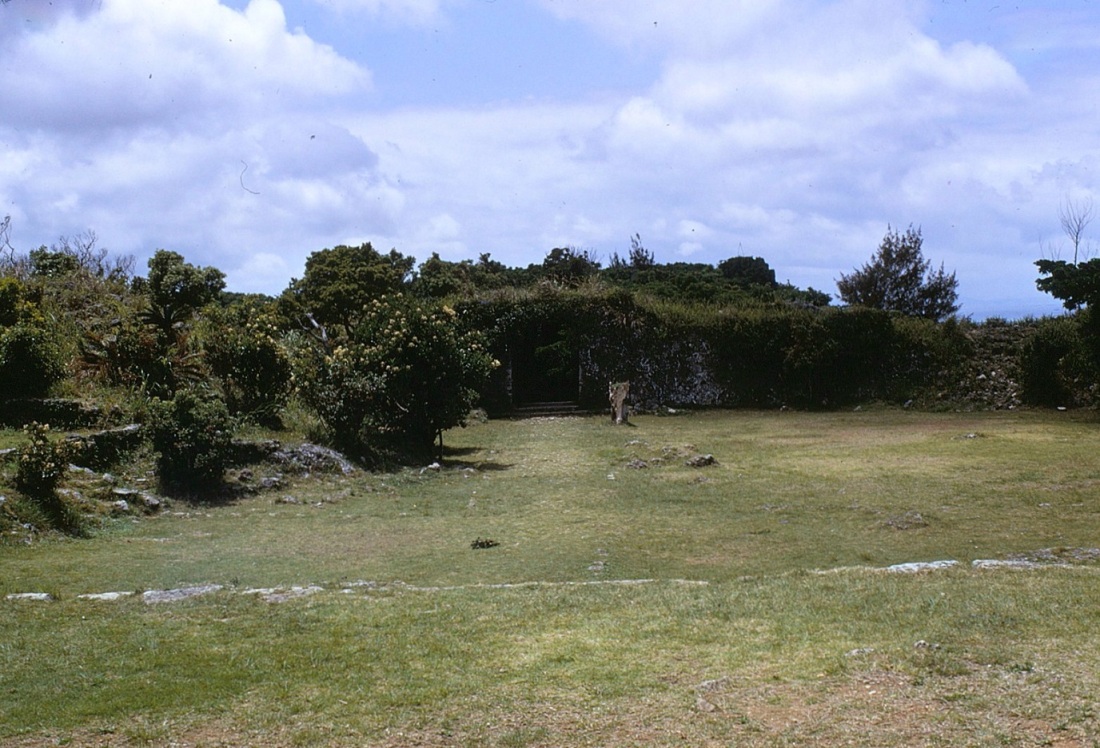 [Nakagusuku Castle is a ‘gusuku’ [castle or fortress] in the village of Kitanakagusuku.  It is one of a number of castles built on the island of Okinawa by the Ryukyu Kingdom now in ruins. The legendary Ryukyuan commander, Gosamaru, built the fortress in the early 15th century to defend against attacks from the east by Lord Amawari of Katsuren Castle. Amawari attacked the castle in 1458 and defeated Gosamaru shortly before his own castle was attacked by Uni-Ufugusuku. The castle was visited by Commodore Matthew C. Perry in 1853, who noted that the walls seemed to be designed to absorb cannon fire. The six courtyards of this fortress with stacked stone walls make it a prime example of a gusuku. It was added to the list of UNESCO World Heritage Sites in 2000.  It is regarded as one of the 100 most famous castles in Japan (Wikipedia).]

[This is the overgrowth around and about the castle . . . ]

[No idea what the pink structure is, or was?] 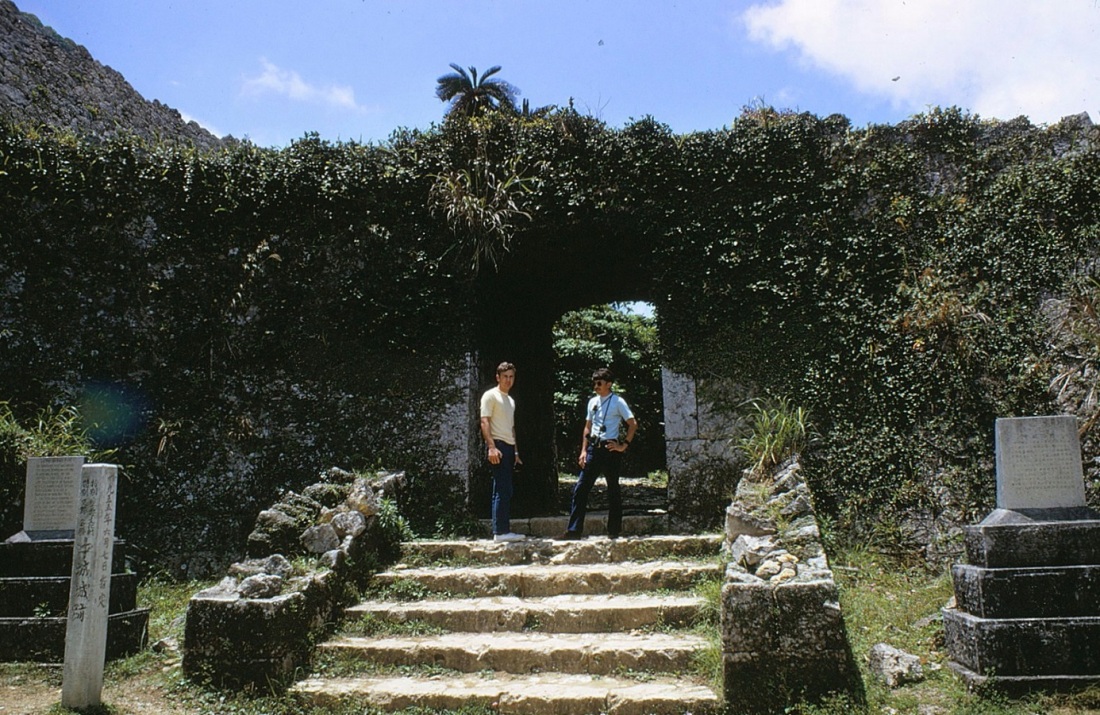 [A film crew arriving at the castle.  Did they hear we were there?]

[This pool likely was part of the pink building complex . . . ] 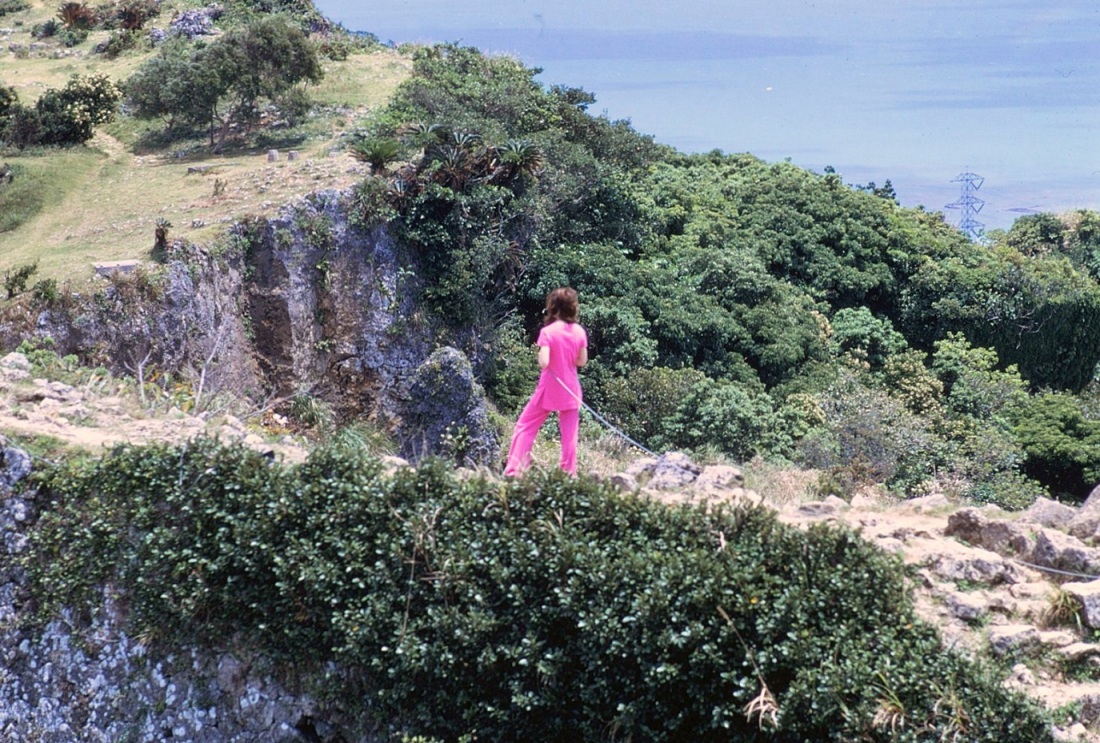 [‘Twas a bit of a production number, but we couldn’t hear her from our position . . . ] 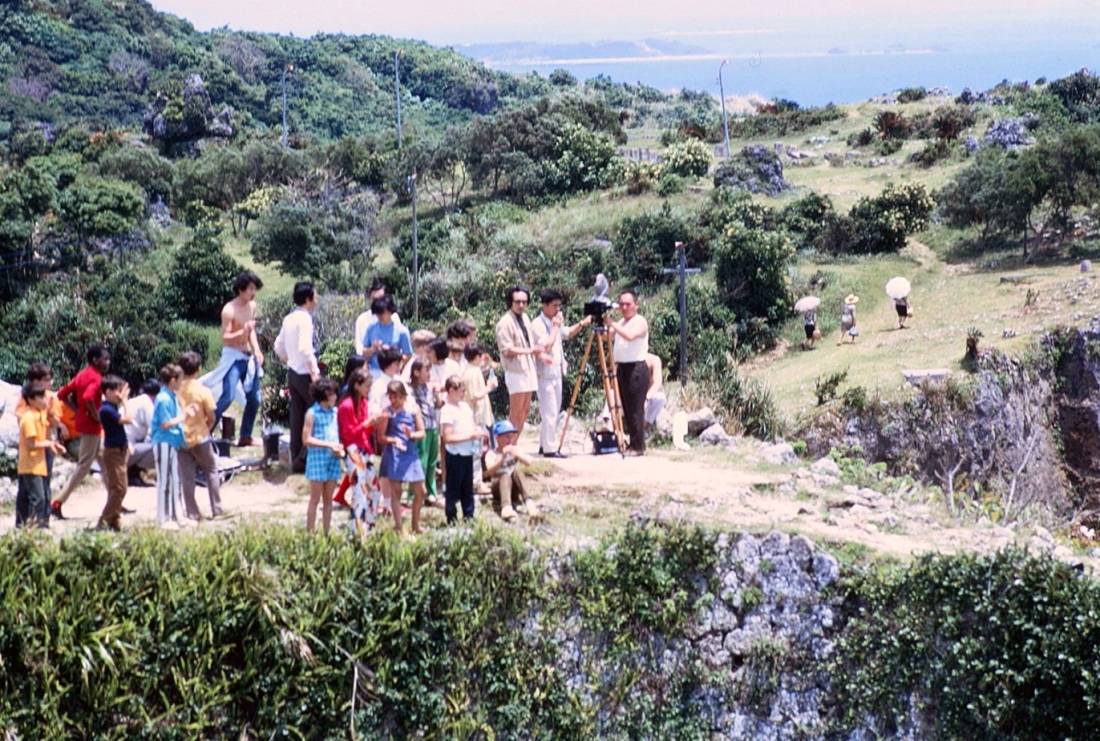 [So, for rather obvious reasons, I asked her if she wanted to be Facebook friends . . . ]

[We never found out who she was because, well, we didn’t have Google in those days.]

[This was obviously in the base fieldhouse . . . ] 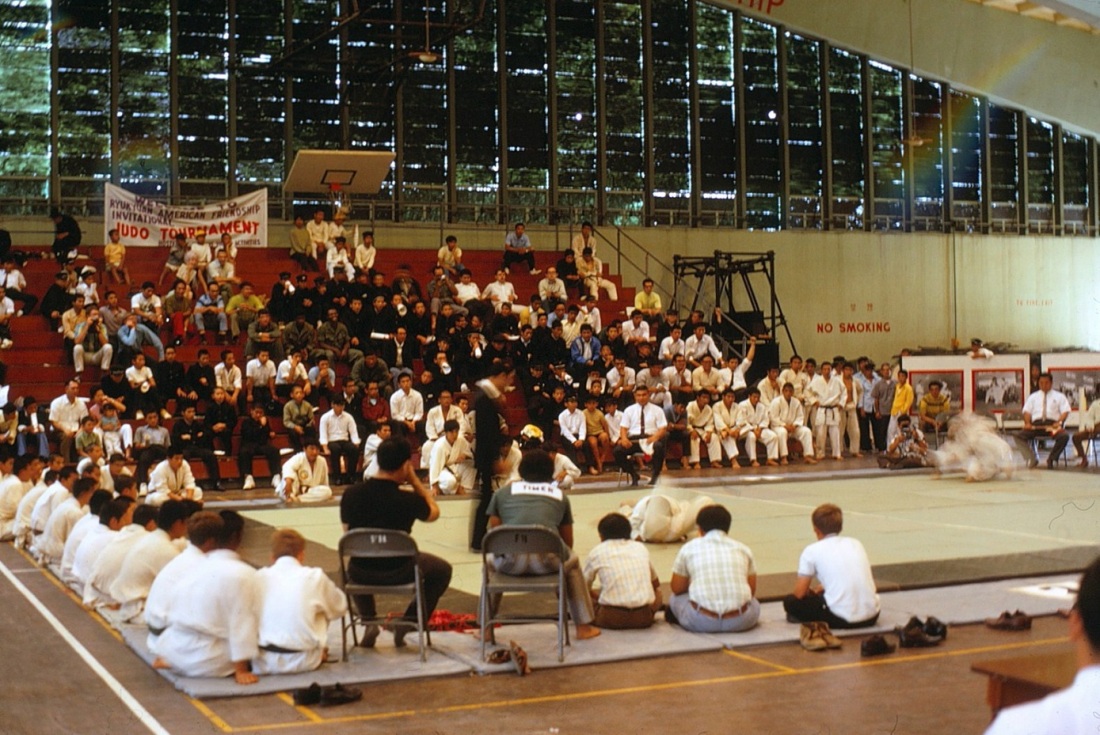 [For good community relations, it was a tournament for the locals as well as the Americans.  A couple of local grandmas had front row seats . . . ] 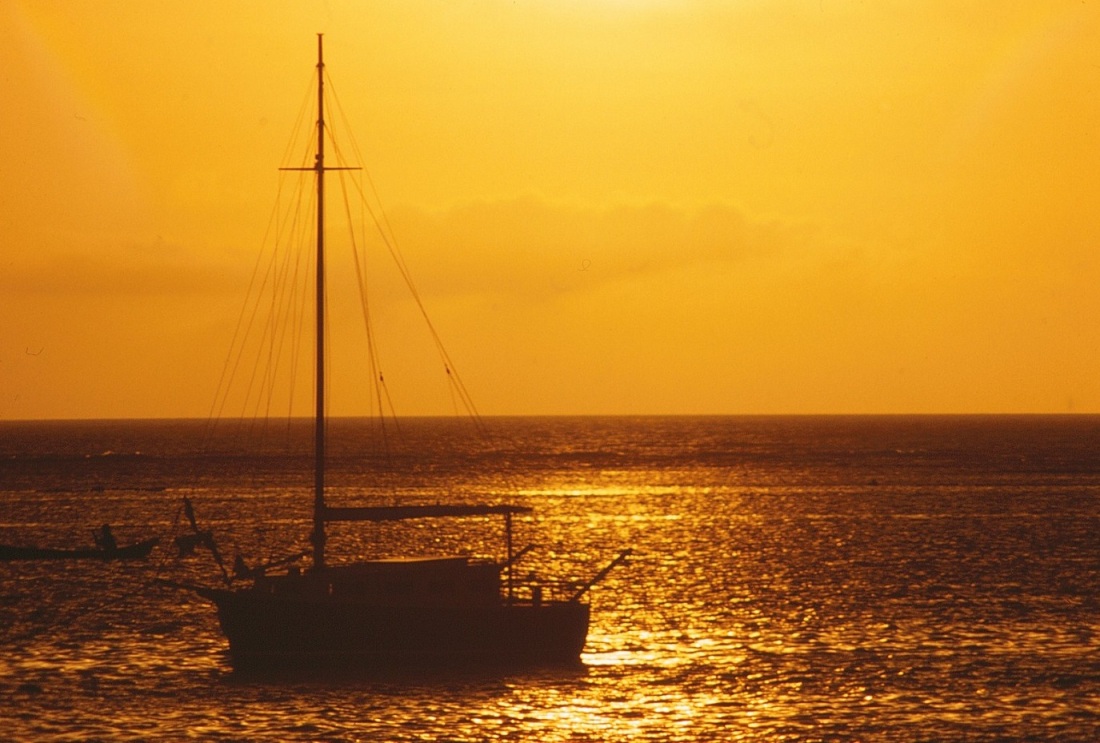 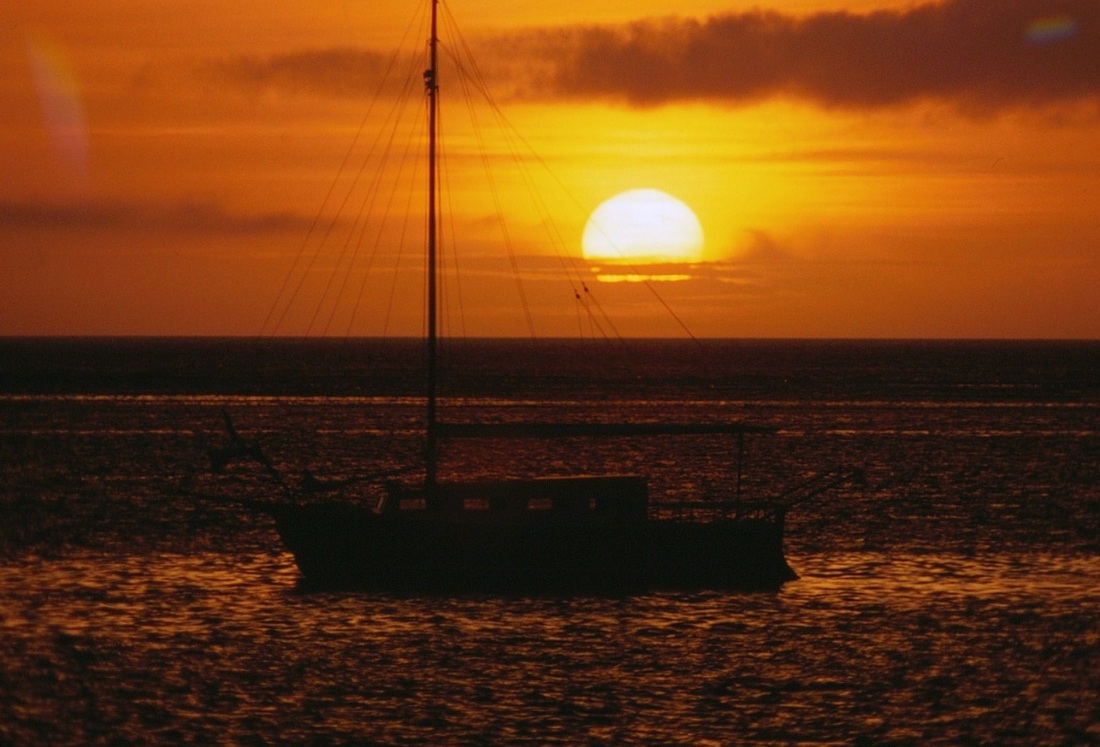 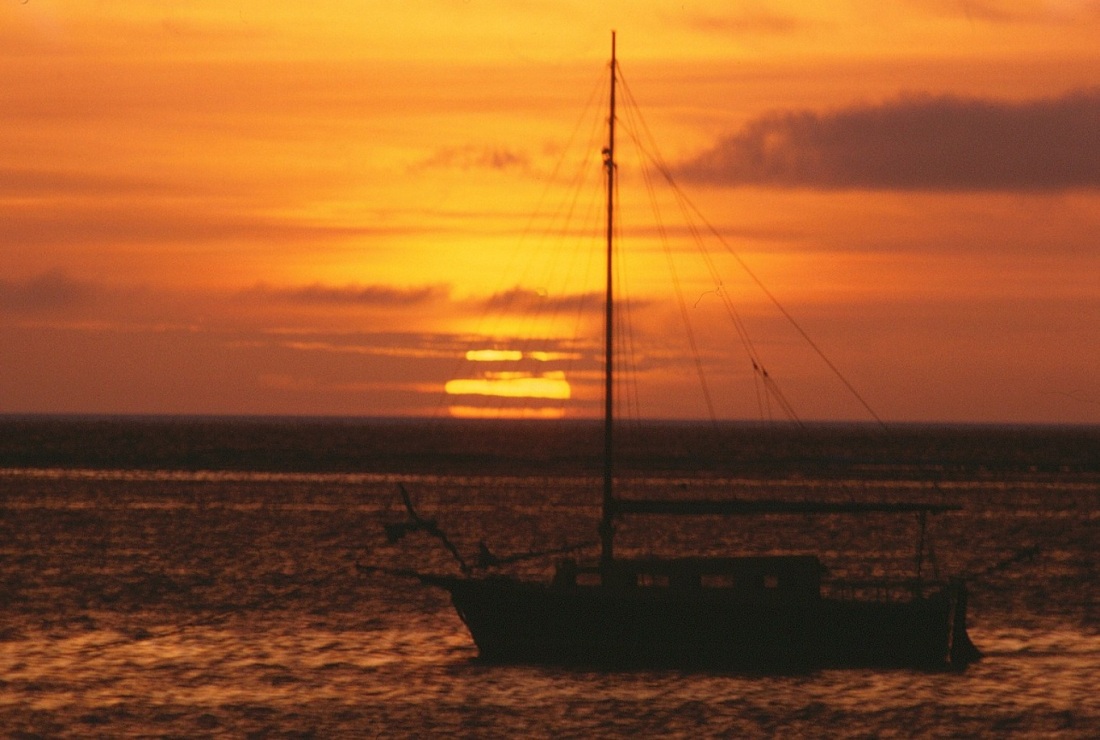 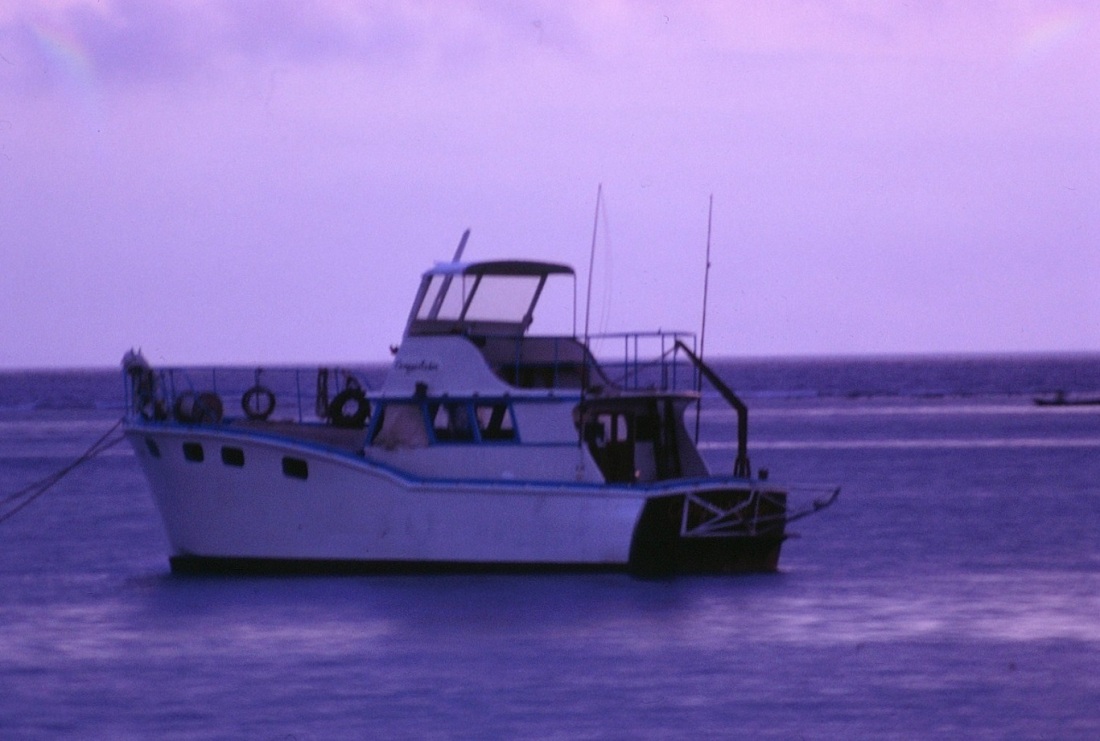 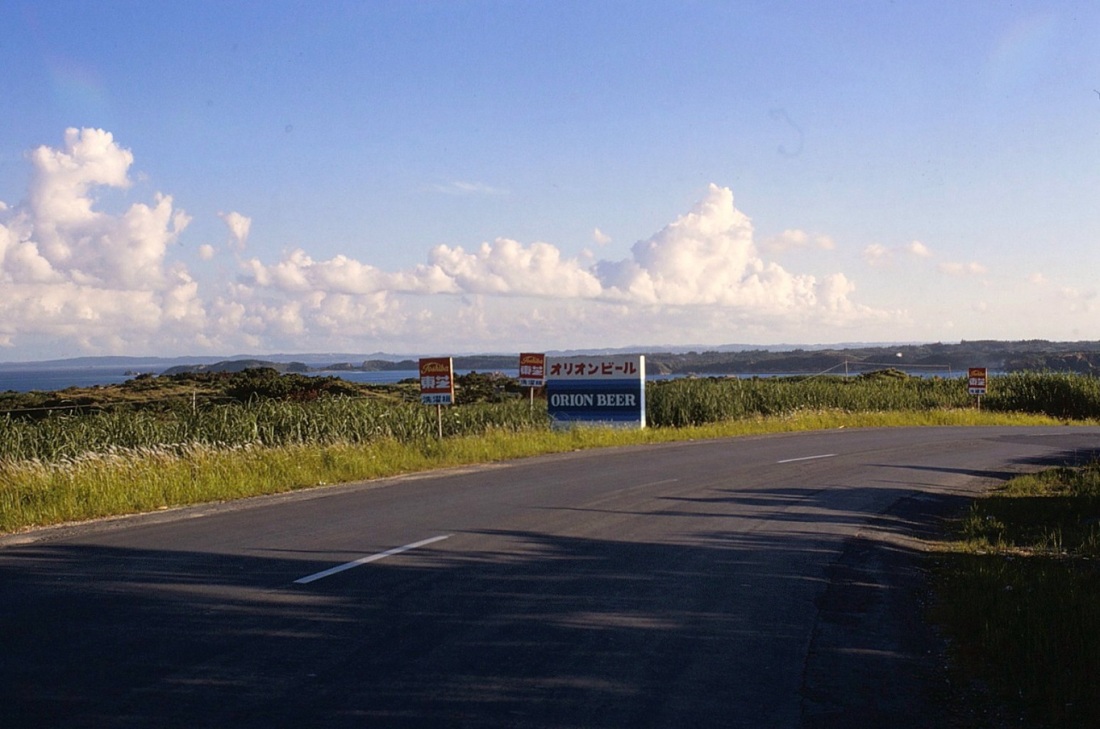 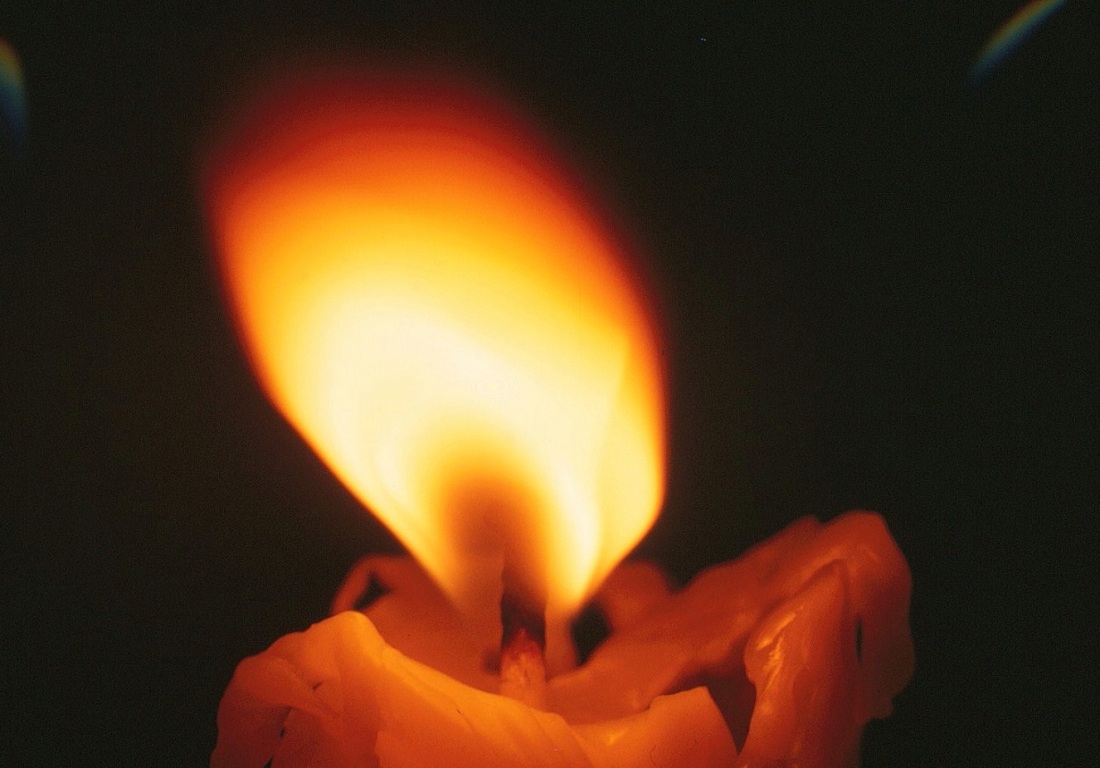 [And with Bill and Terry and their new contacts, which always seemed to be bothering them . . . ]

[This seems to be the closing photo in every file.  It works out OK, because when I post on Facebook it always presents the last photo . . . ] 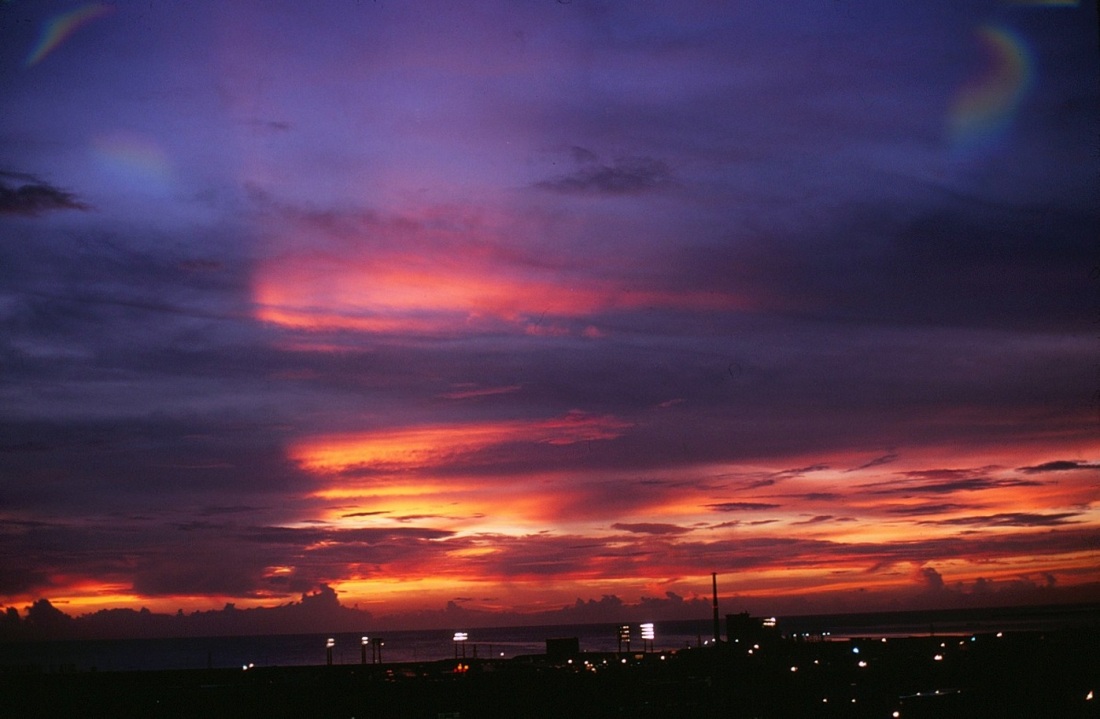 If you do not enter the tiger’s cave, you will not catch its cub.  ~  Japanese idiom