Time for a road trip, to the most isolated, least populated part of the island – the far north.  The island north of Yaetake Peninsula is mountainous, mountains that extend right to the waterline, there are no beaches, roads had to be carved out and at this time were not paved for the final several miles.  The island may only be 70 miles long, making it only about 50 miles from our starting point (about Ginowan on the map, what we called Futema) to the north end, but you plan for a multi-hour trip . . .

[The team gathers for the assault. It would be a two car safari – the two guys in the little red convertible; and Webbo, Redlands, and me in the mighty Daihatsu.  Looks like a nice, comfortable January day . . . ]

[Somewhere down the road.  We pulled off for a little picnic snack at an overlook.  Webbo appreciates all the comforts of home.  It appears the design on the Pepsi can hasn’t changed in 50 years?] 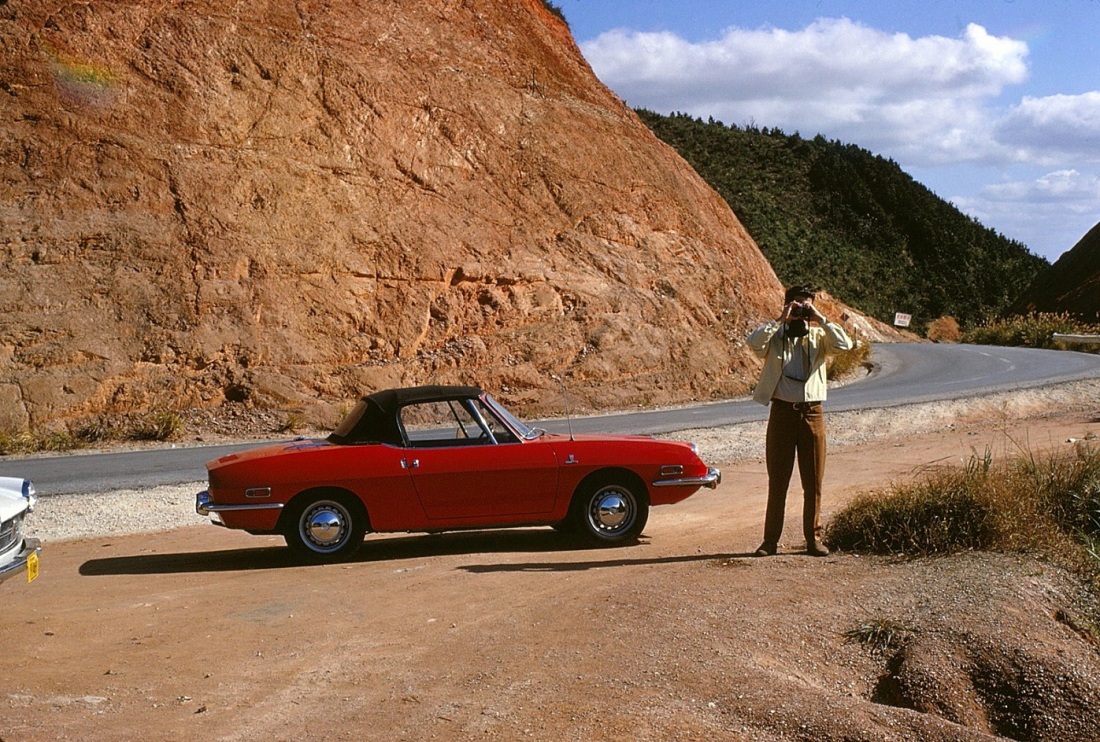 [This time we go on through the city of Nago at the base of the Yaetake Peninsula.

[Nago is a city located in the northern part of Okinawa Island.  As of December 2012, the city has an estimated population of 61,659.   Nago had always been one of the major settlements in Northern Okinawa, and a major port along with Unten.  Nago Magiri became Nago town in 1907.  Nago was upgraded to city status on August 1, 1970 with the merger of nine smaller towns and villages (Wikipedia).  Communication with the dog failed when we finally realized it probably only understood Japanese . . . ] 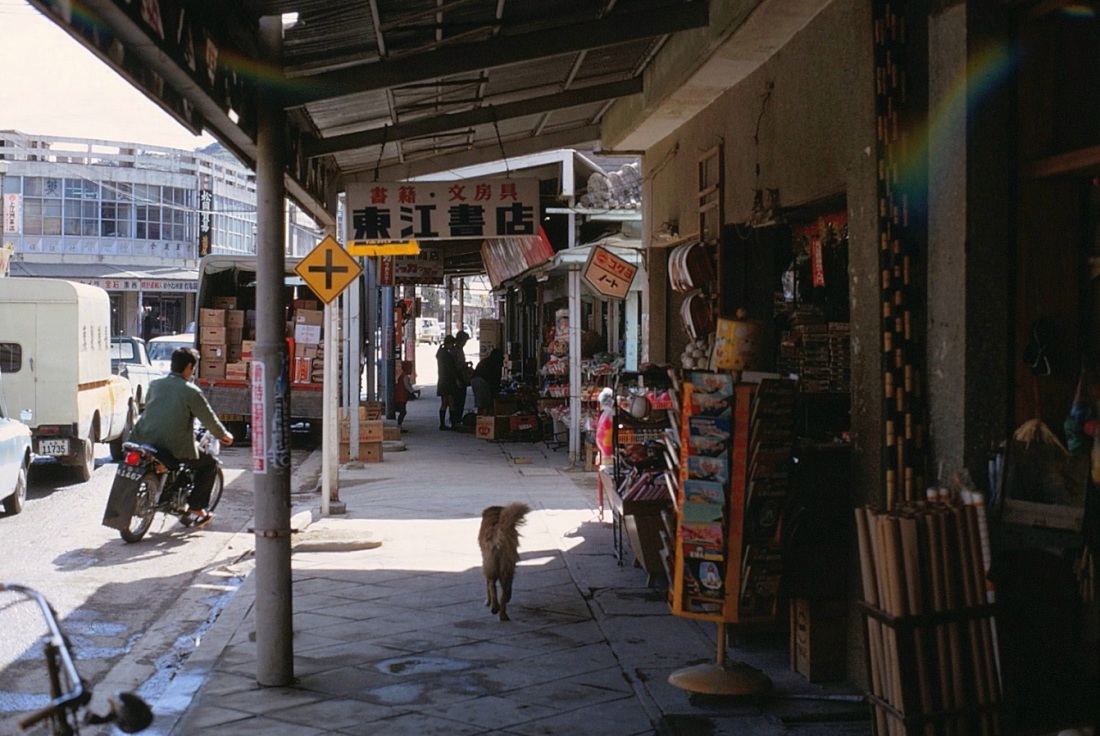 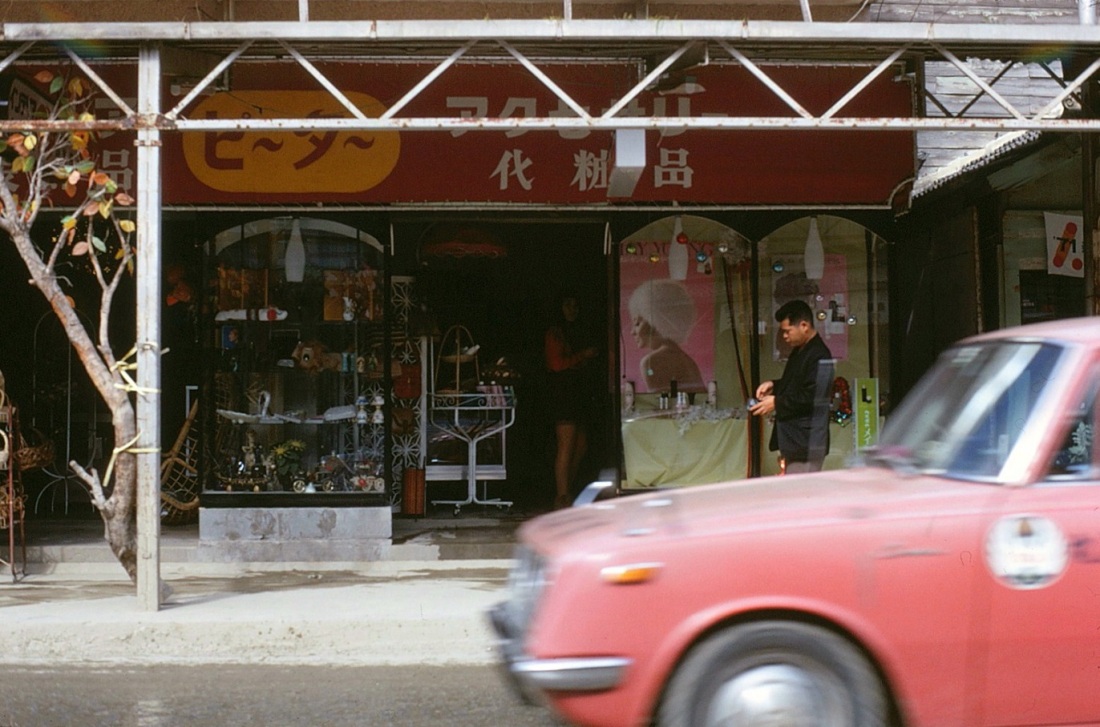 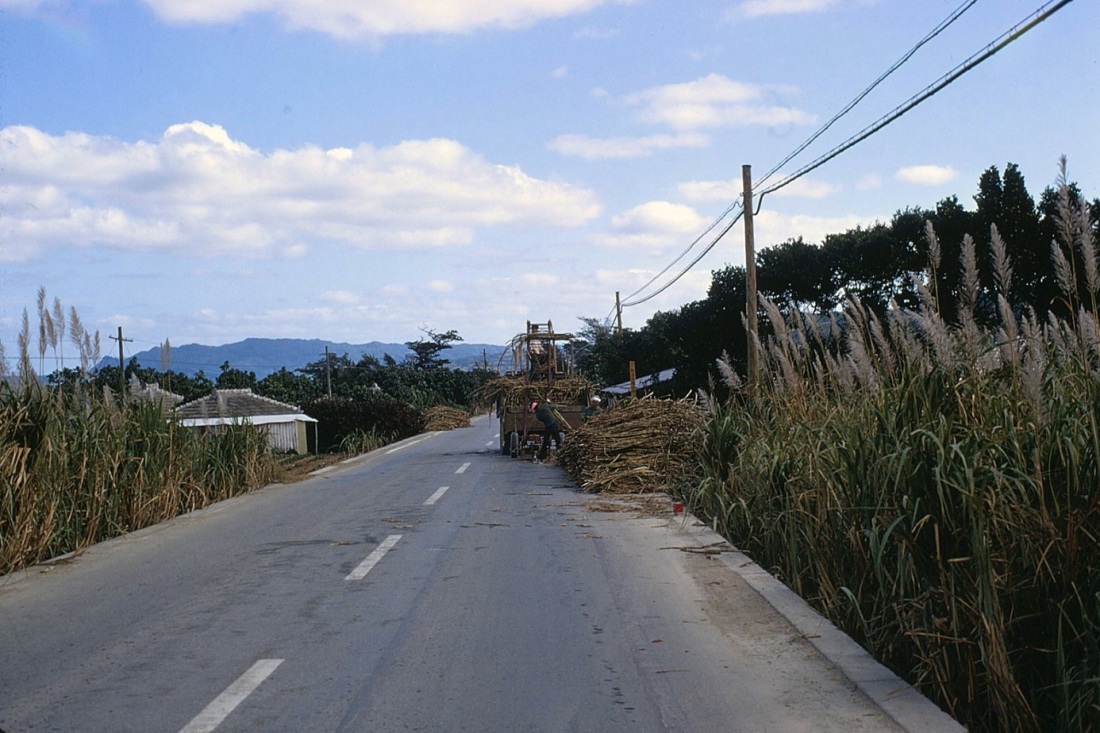 [Shots along the shoreline hugging road . . . ]

[My guess is that this is looking back at Yaetake peninsula . . . ]

[A remembered all-time favorite shot from Okinawa.  A farmer taking a smoke break along the side of the road.  Since Okinawa is a Blue Zone, this guy is probably still alive.] 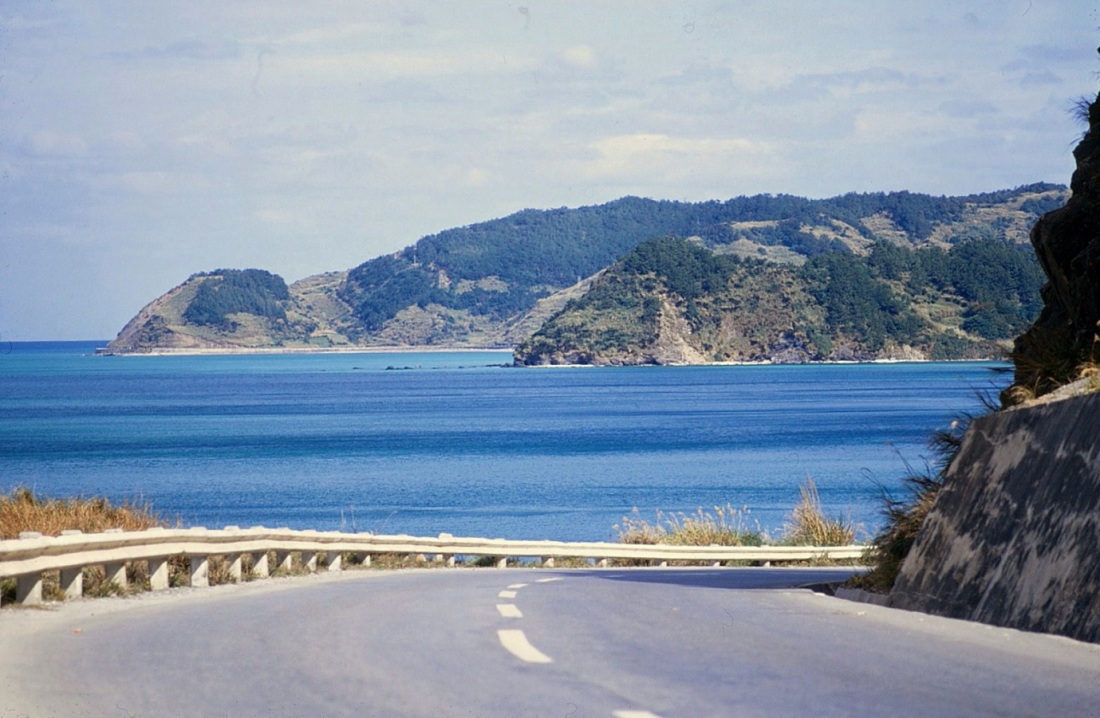 [The topography creates the need for an occasional tunnel . . . ] 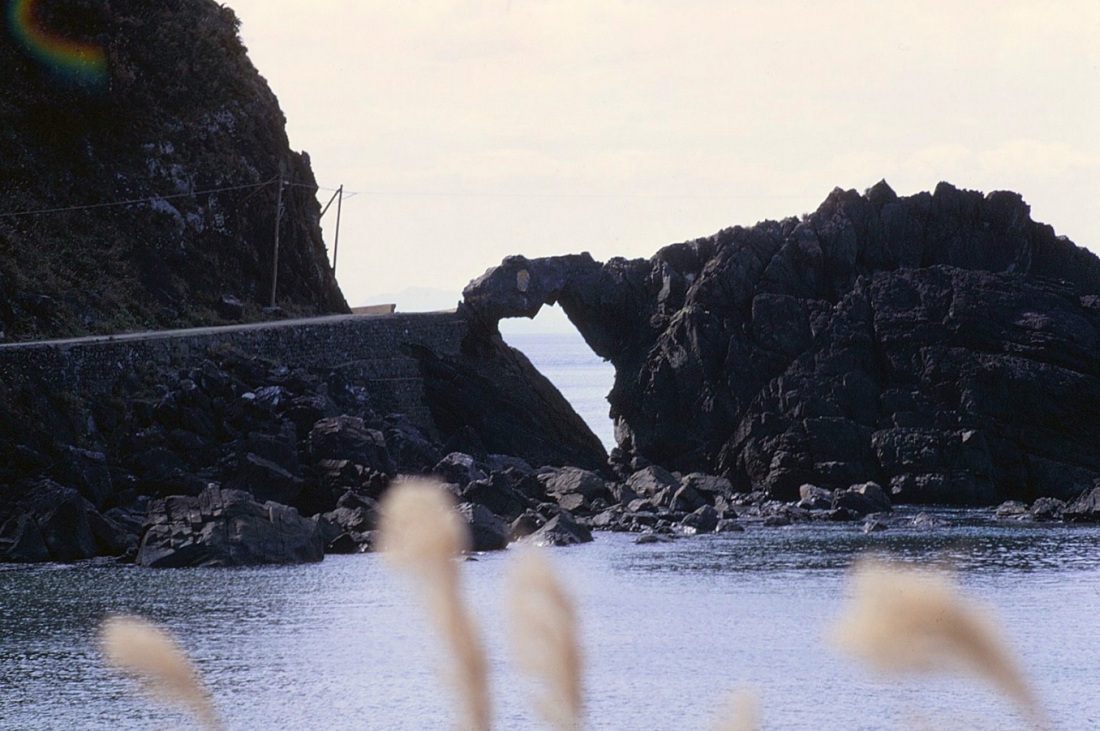 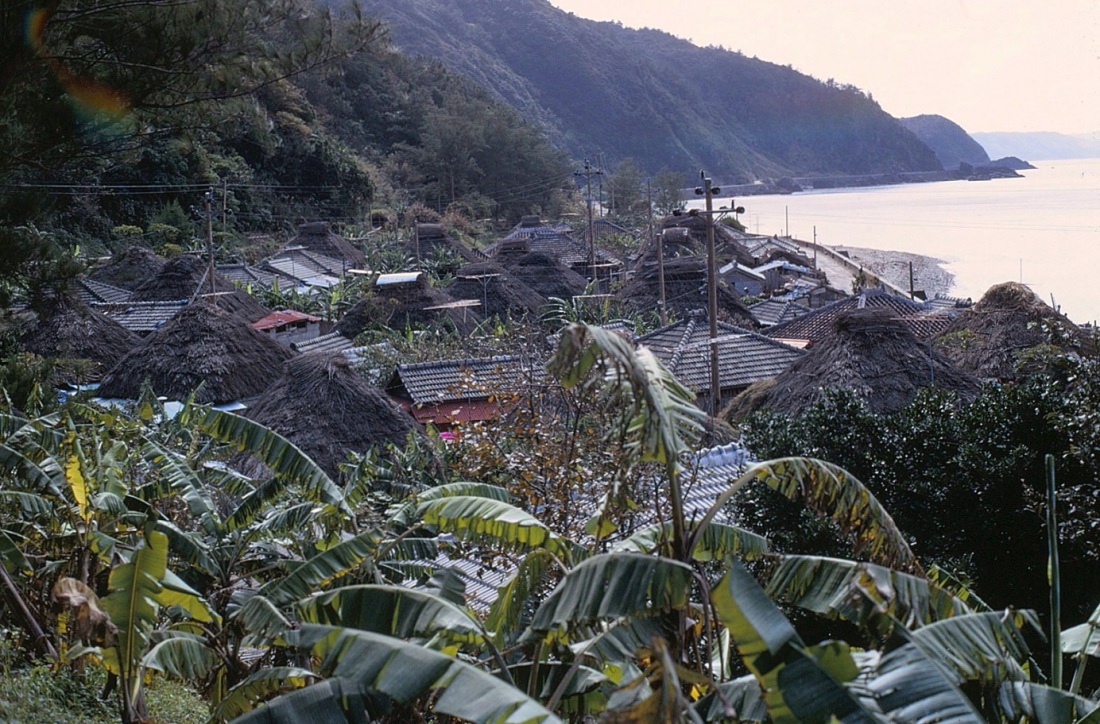 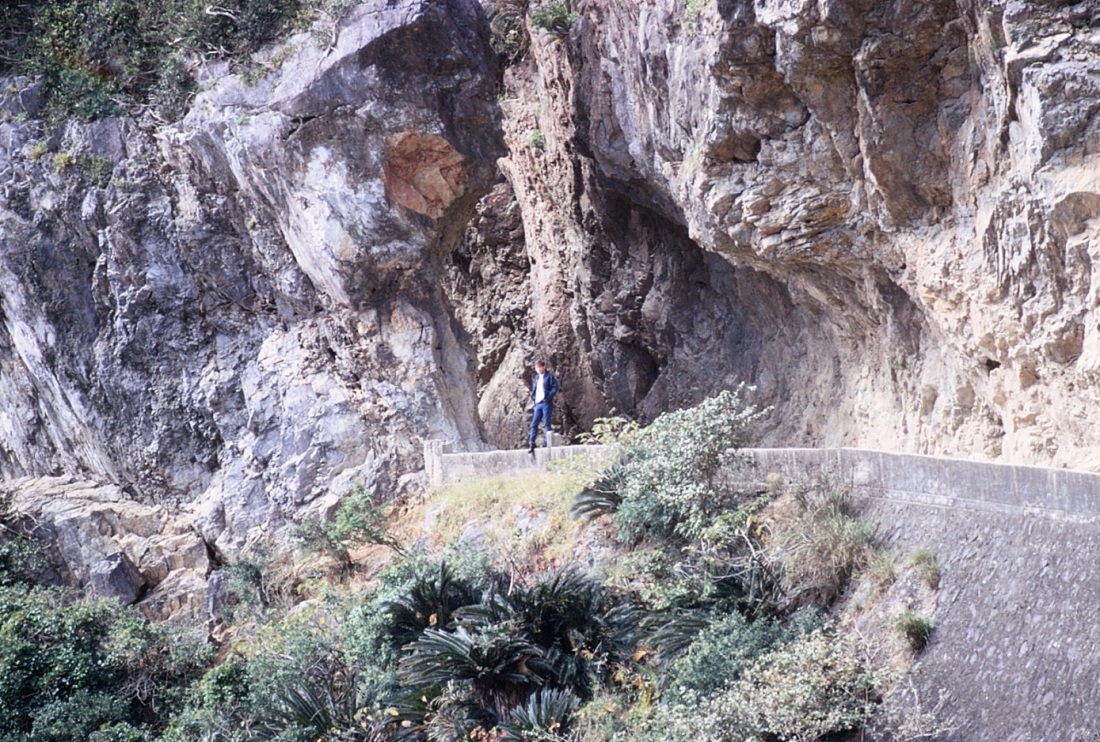 [Two locals, shy models so I used a telephoto lens from afar so not quite focused, or obtrusive . . . ]

Editor’s note:  This is an example that reminds I was stationed on Okinawa a mere 25 years after the end of WWII.  The island suffered one of the longest and most brutal battles of the war.  And now it has been almost 50 years since I left the island.  A lot has changed in that time.  When I try to find places where I had been 50 years ago on the Google machine, those places are hard to identify.  Much new construction into modernity, some of the closer islands have been connected by bridges, the “skylines” have changed.  The photo below looks like a “modern” overlook by its structure, but I can’t find it now.  There isn’t much up here but this appears to no longer exist . . . 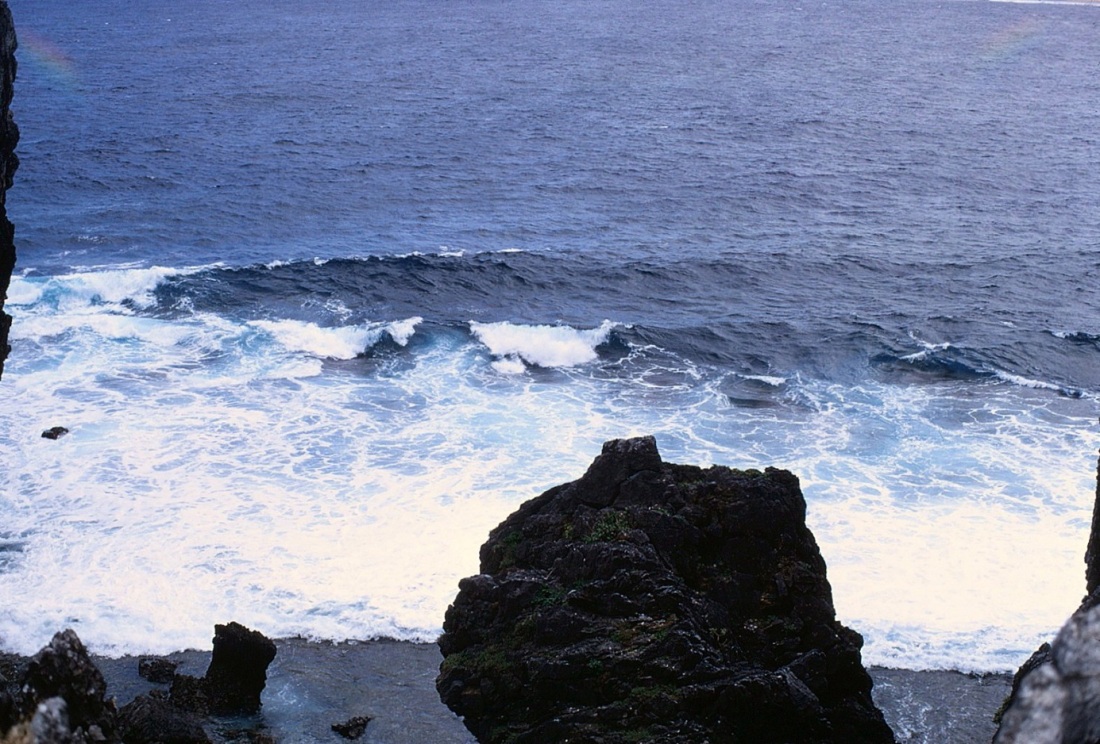 [Japan, and Okinawa, are part of the Pacific Rim of Fire that extends around and down the west coasts of the Americas.  I never experienced an earthquake in the two years I was stationed there, but Hedo Point reminds this island was created by volcanic action.] 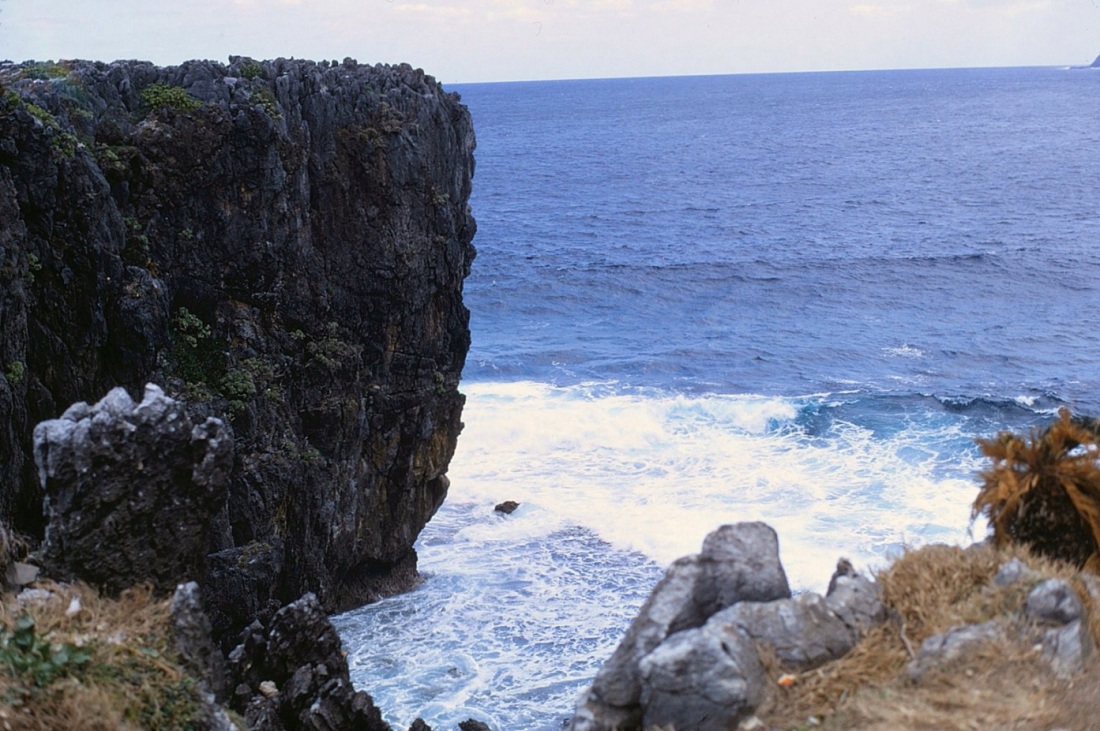 [Redlands tries to balance in the wind on volcanic rocks . . . ] 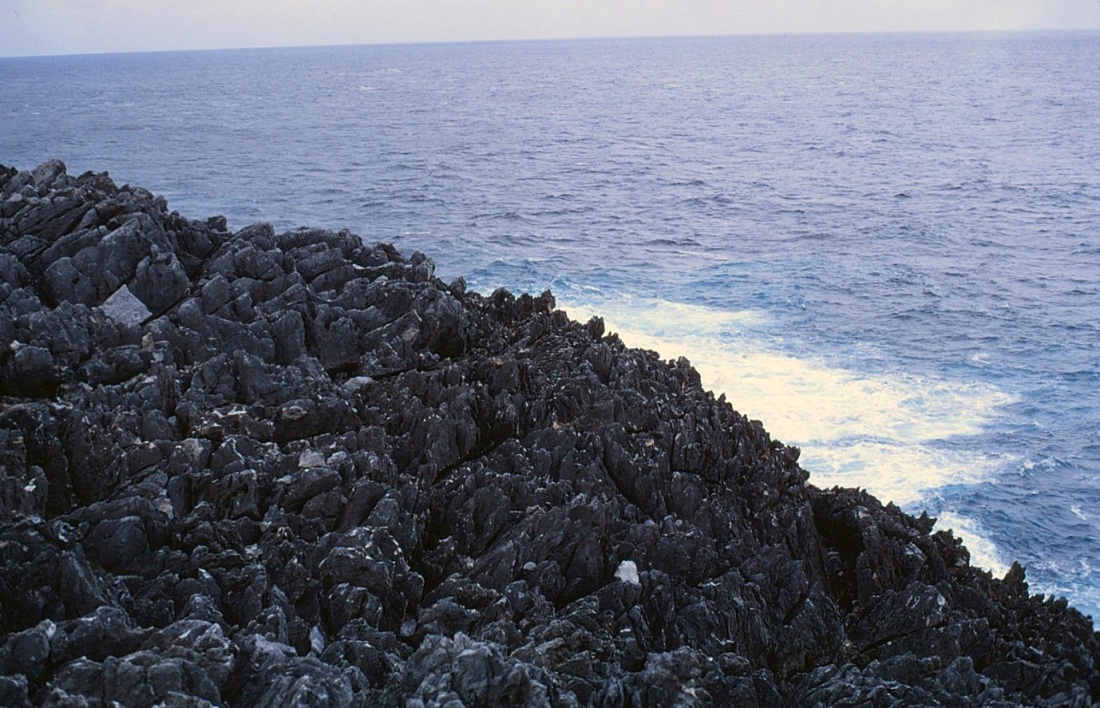 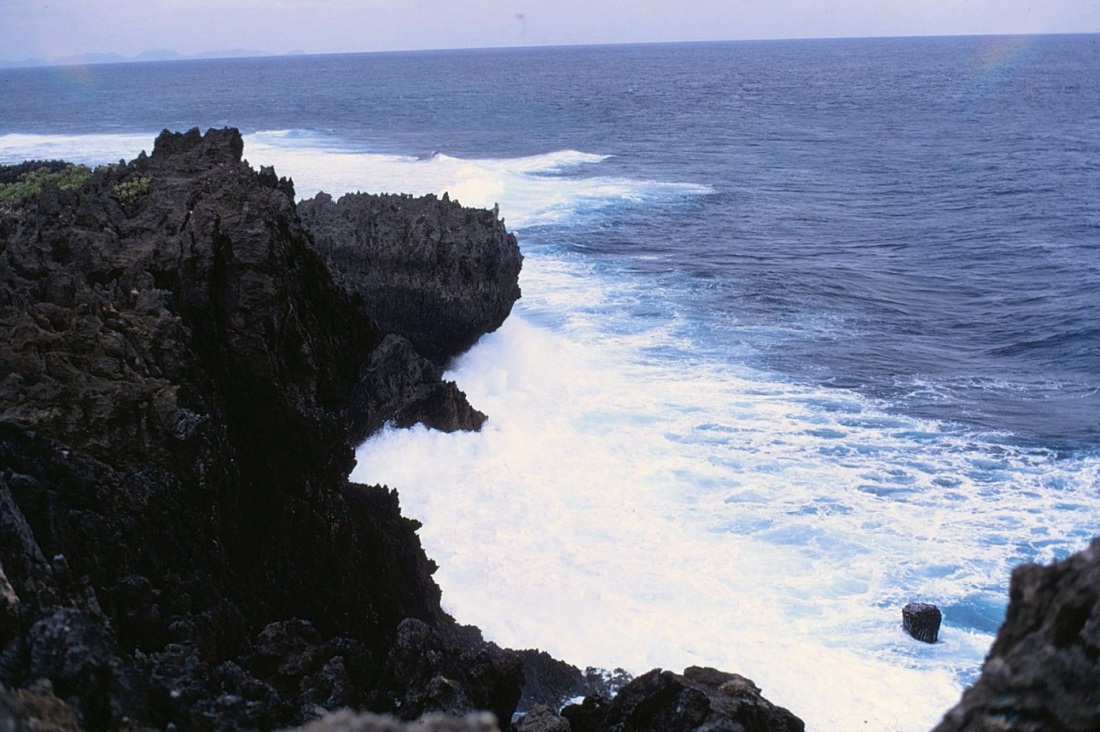 [Redlands getting a little too close to the action . . . ]

[We continued on a bit around the point down the Pacific side . . . ]

[Aftermath of a fire – there were periods of drought when I was there . . . ]

[Webbo admires the cable car over the river.  The Pacific side was largely undeveloped and as I recall the road ended here.  We must have driven back the way we came and lived to fight another day . . . ]

Child of a frog is a frog.  ~  Japanese idiom