[Merill Kiehne, 97, of Alexandria (in fact, exactly one block from the Echo Press) won a reduced price newspaper subscription by holing a bean bag toss.  Merill (Alex class of 1942) was able to accomplish this feat by totally ignoring the advice of his two septuagenerian sons, Jerry (Alex class of 1963), from Florida, and Tom (Alex class of 1965), from Texas, in town to celebrate Father’s Day this weekend.  Al Edenloff, Echo Press editor, was on hand to referee said activities . . . ] 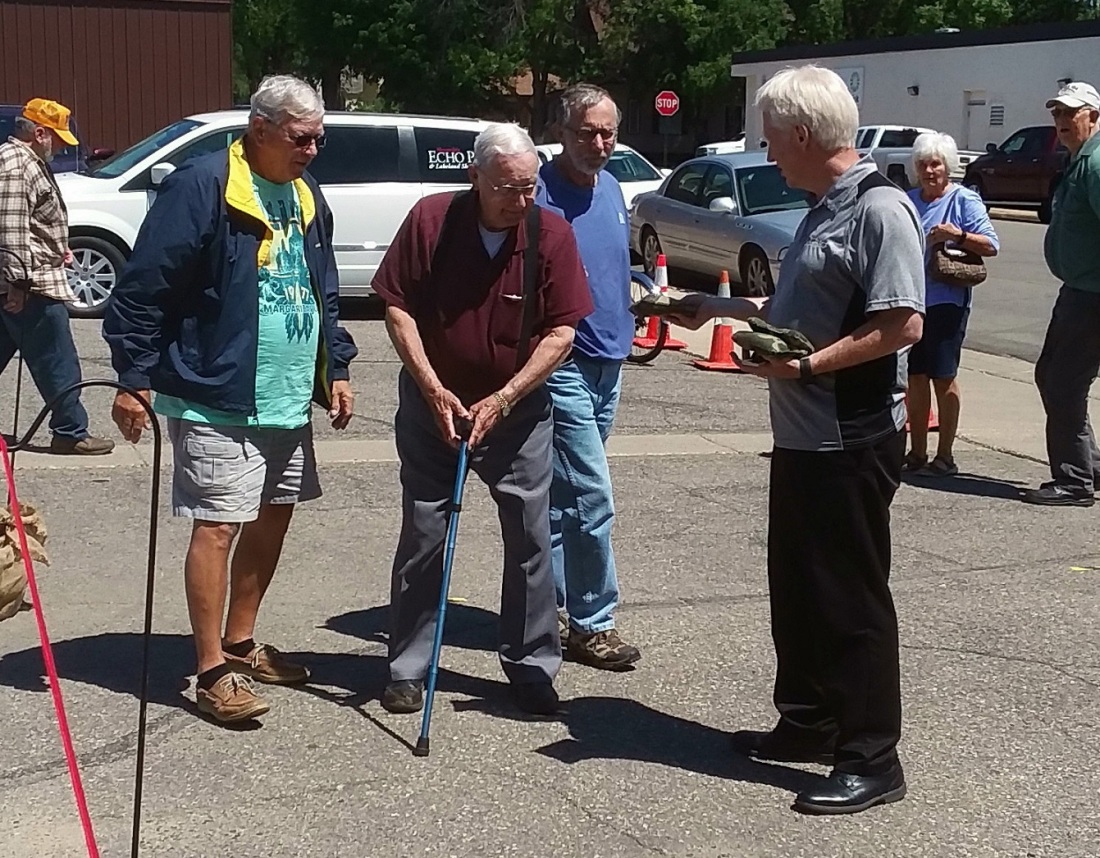 [A nice evening, so we decided to lead the Kiehne family’s first visit to Lure Lakebar for dinner.  In keep with current trends, we ordered our drinks with a front row view of Lake Le Homme Dieu only then to be chased inside by rain . . . ] 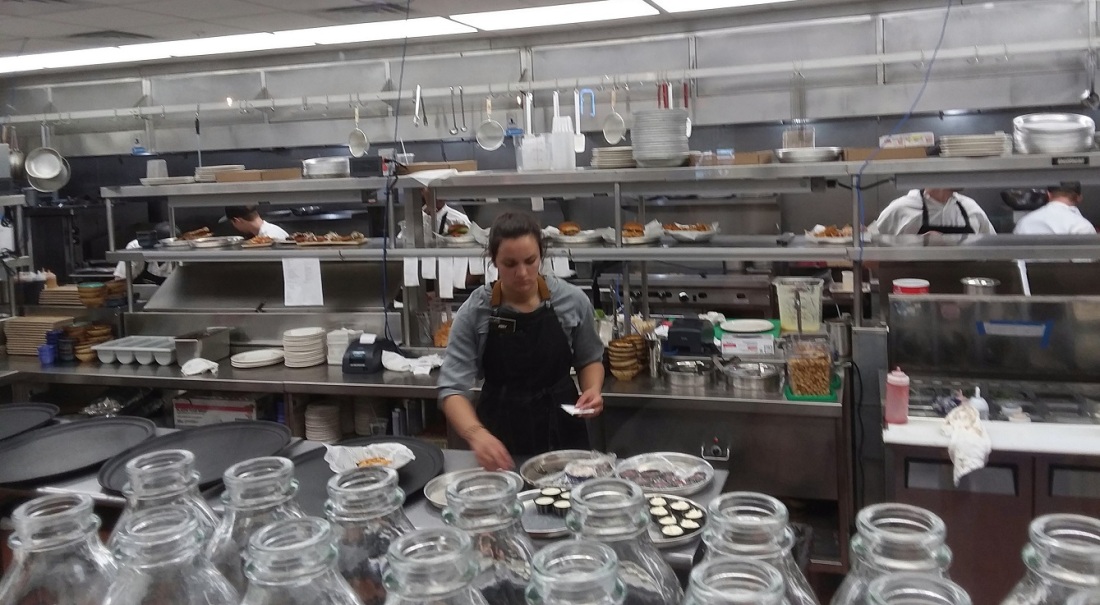 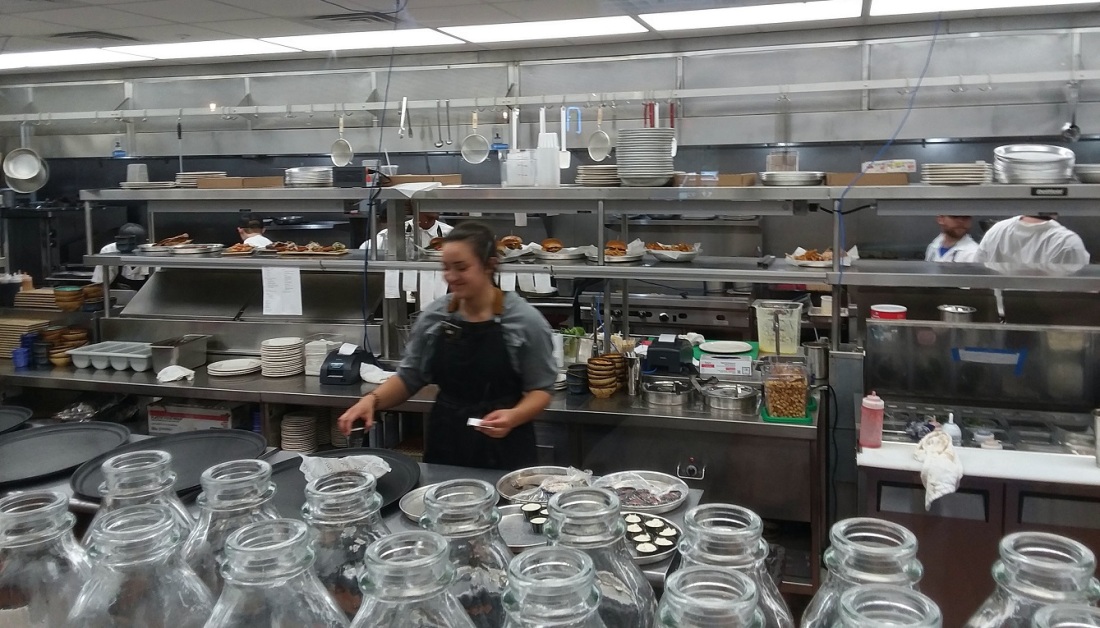 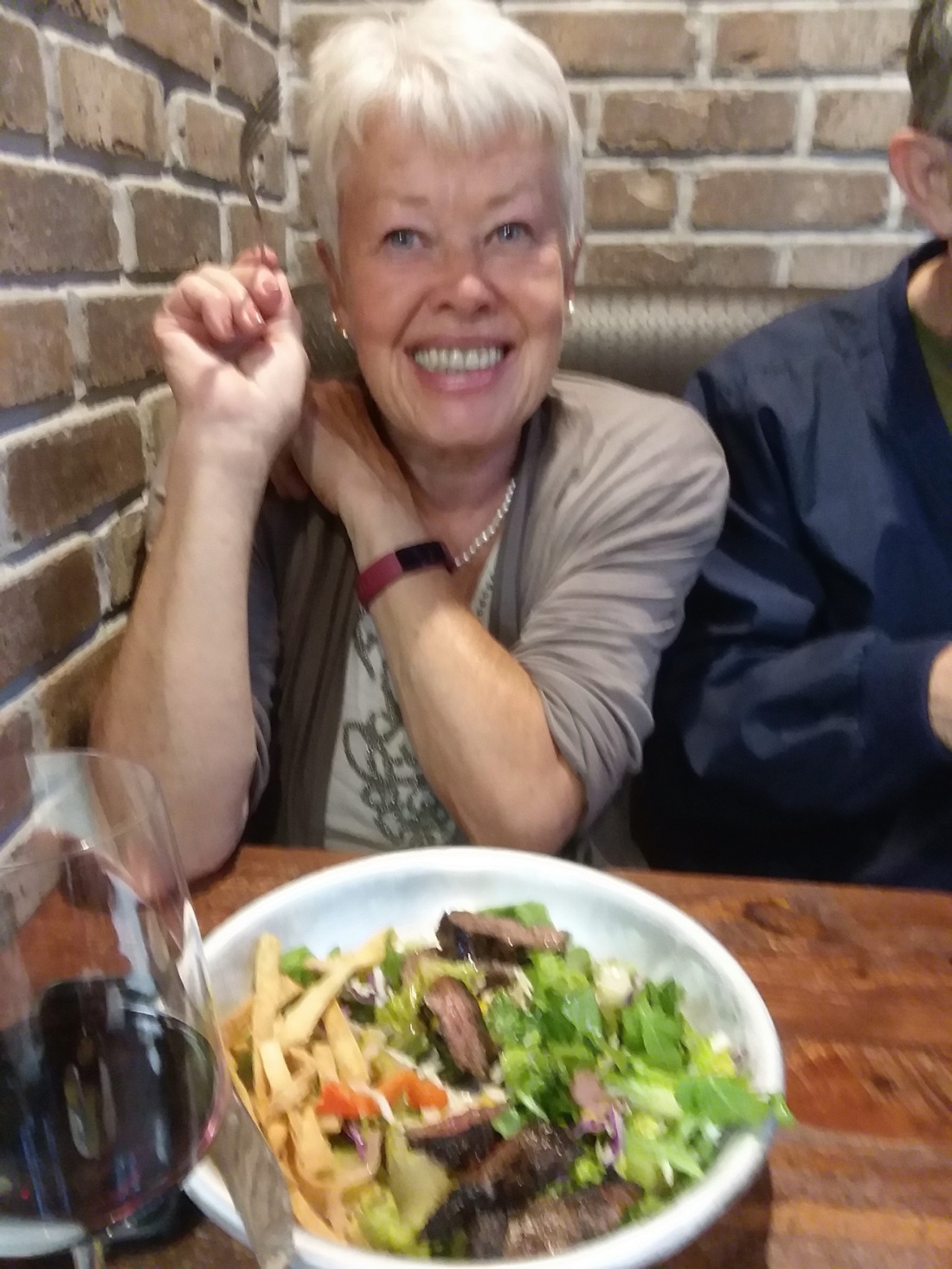 [Professor Doctor Colonel Kiehne was joined by fellow class of 65ers, Little Mayo from Burnsville, and Bradley, fresh off his latest bout of things injurious to his person, for a noontime repast at Interlachen.  The out-of-towners last recalled frequenting this place from 37 to 50+ years ago.  Here the professor is greeted by the maitre d’, the last and final replacement for Cindy Cupcake (R.I.P.) . . . ] 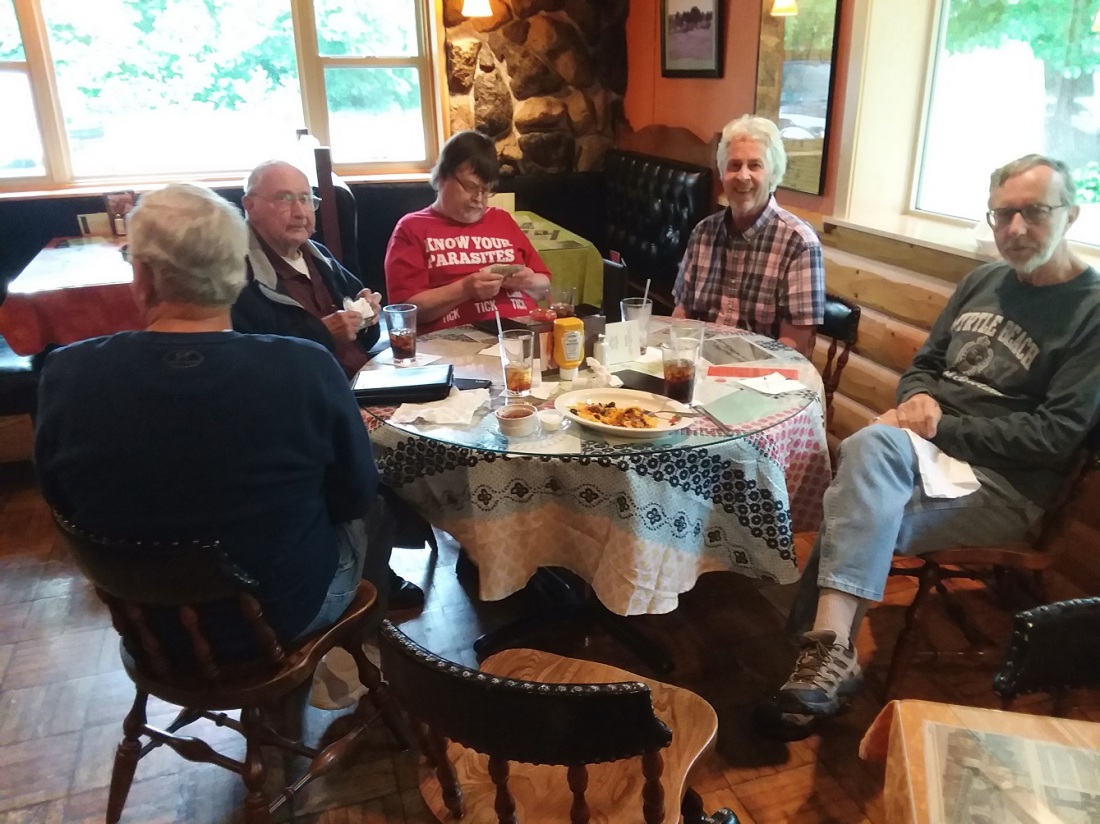 [The boys from the south complained about the refrigerator-like temperature in the restaurant, contemporaneous with their acquired need for  90-degree temperatures to be comfortable . . . ]

[The questionable weather and the anticipated crowds kept all except the Super and me from then going out to Carlos Creek Winery for the grand opening of 22 Northmen Brewing Company.  The crowds were the equivalent of Grape Stomp crowds as we had to park far out in the fields.  The lines for the 9 crafted beers and brick oven pizza detered us attempting such on this day . . . ] 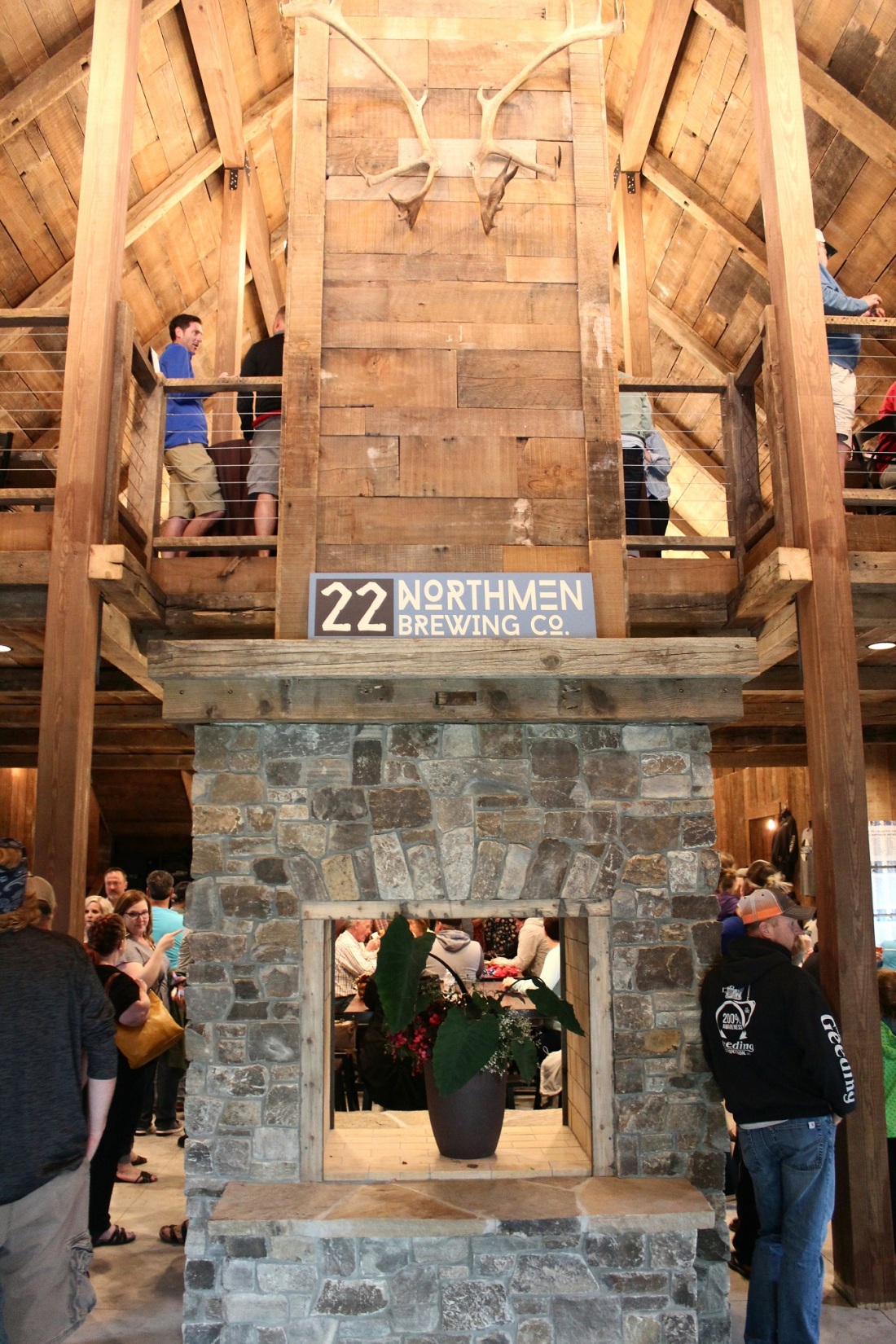 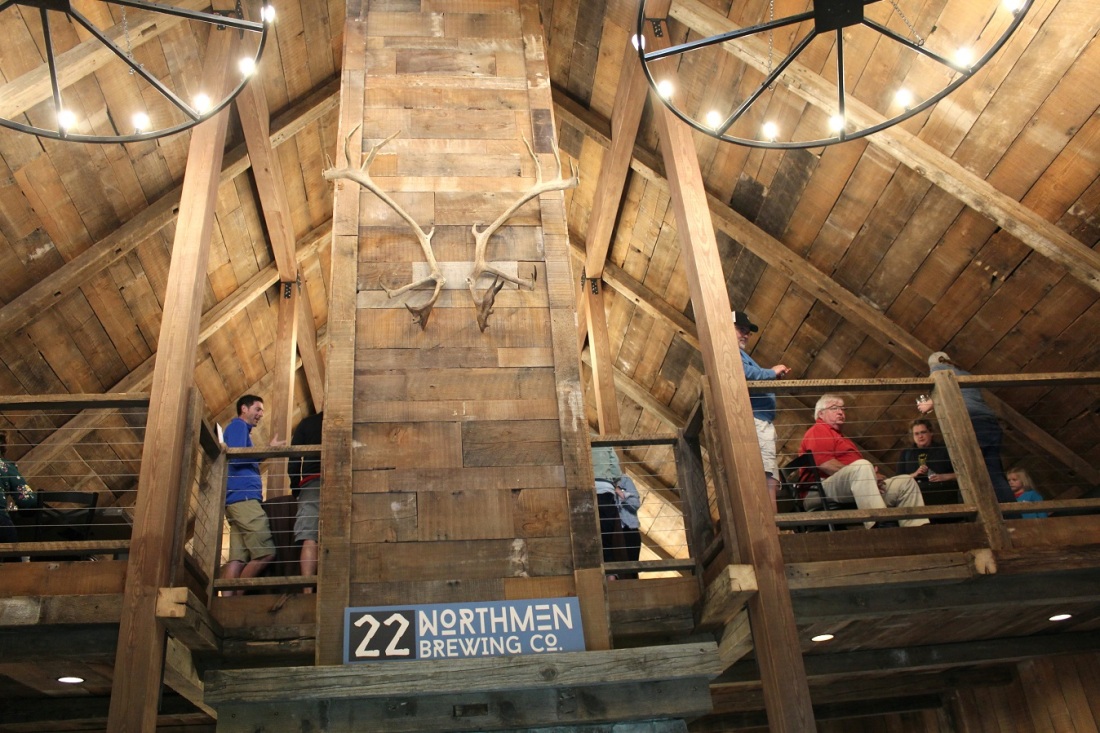 [We were happy to pull our usual shift as fans of Josie, outside with a bottle of wine . . . ] 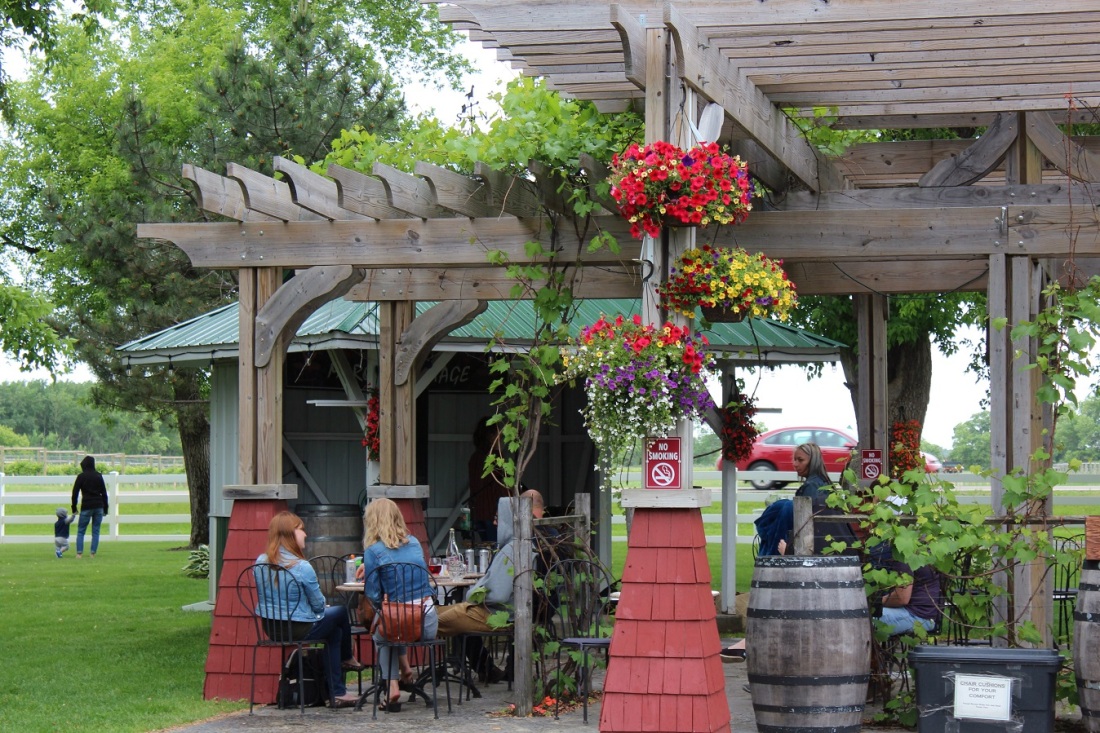 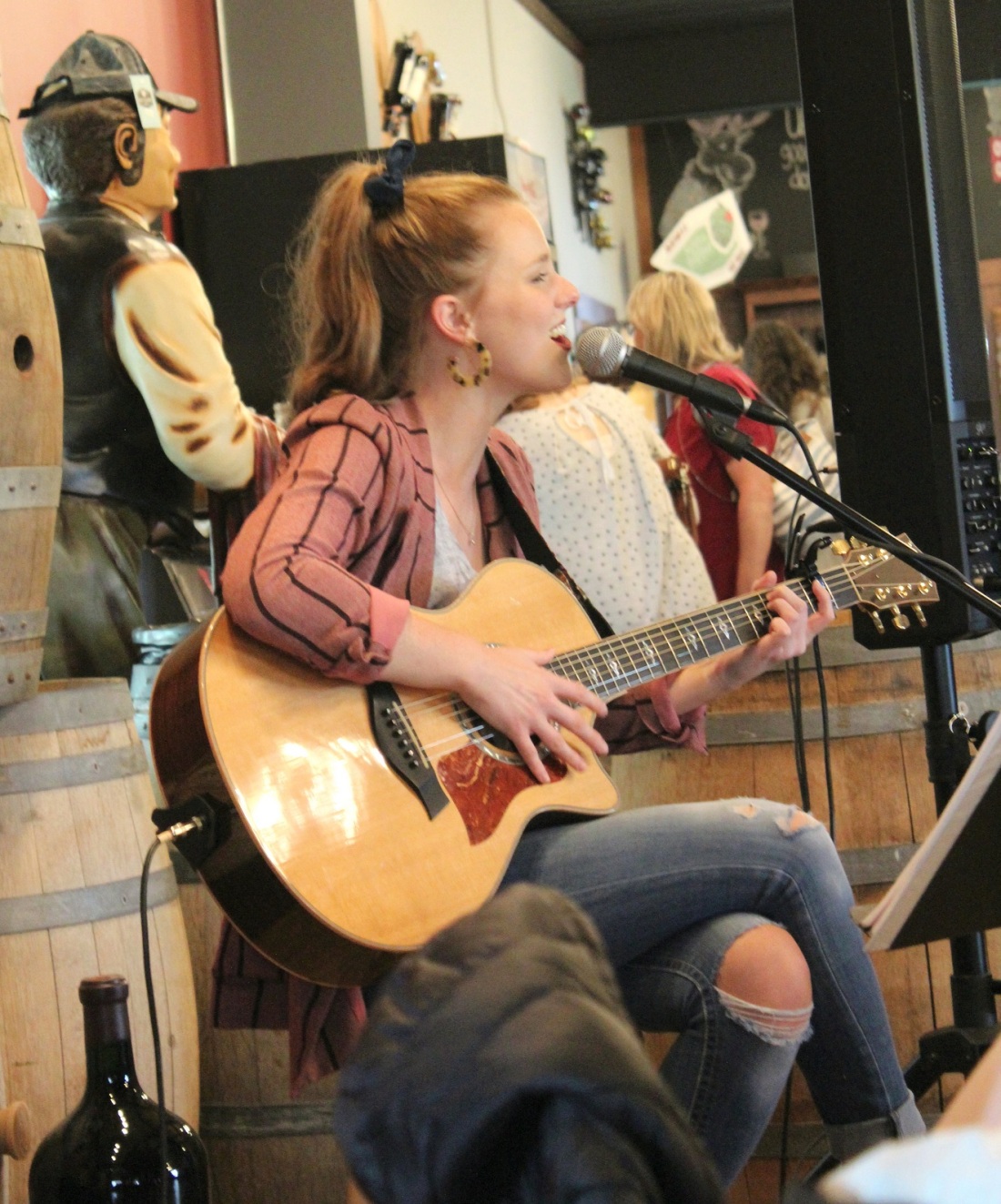 [And inside the winery tasting facility it was as crowded as at the brewery . . . ] 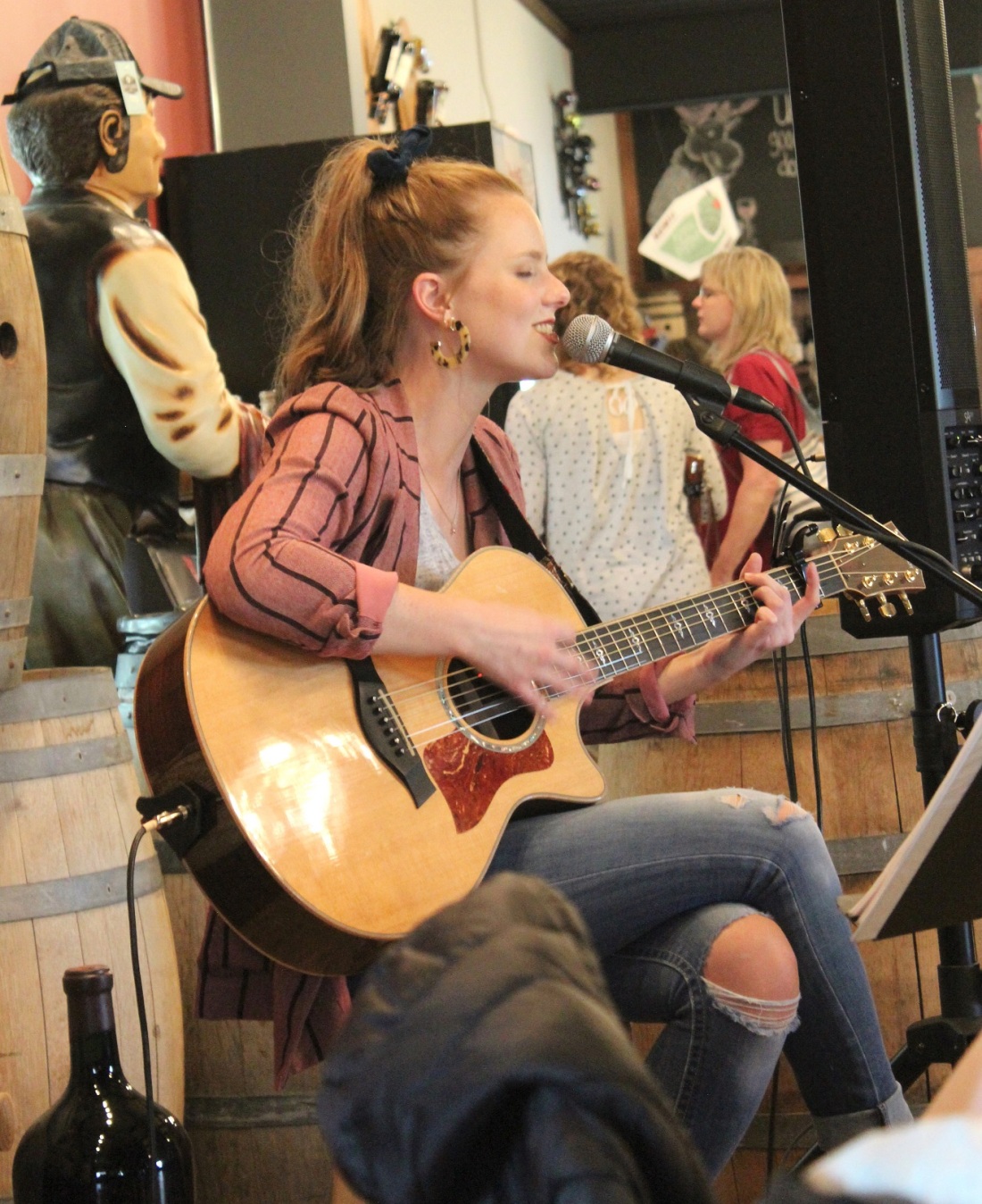 [Then Nicole Mulder, the executive director of the Theatre L’Homme Dieu, arrived with the theatre’s summer staff . . . ] 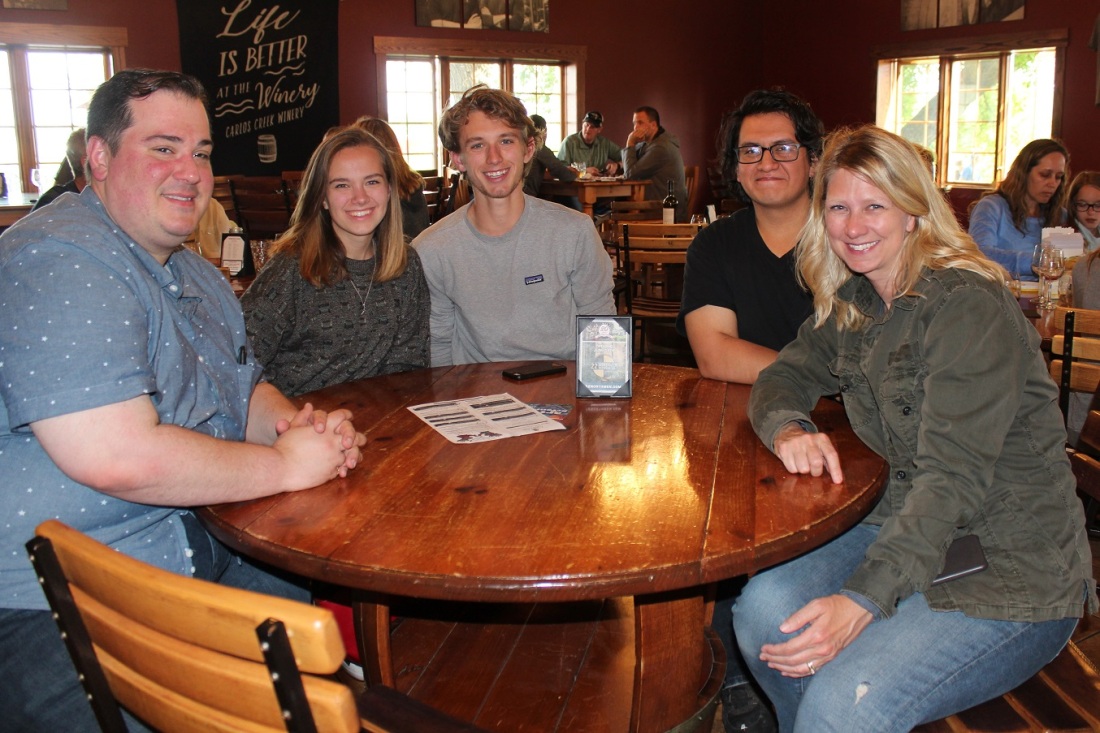 [Obviously not the photographer, above and below . . . ] 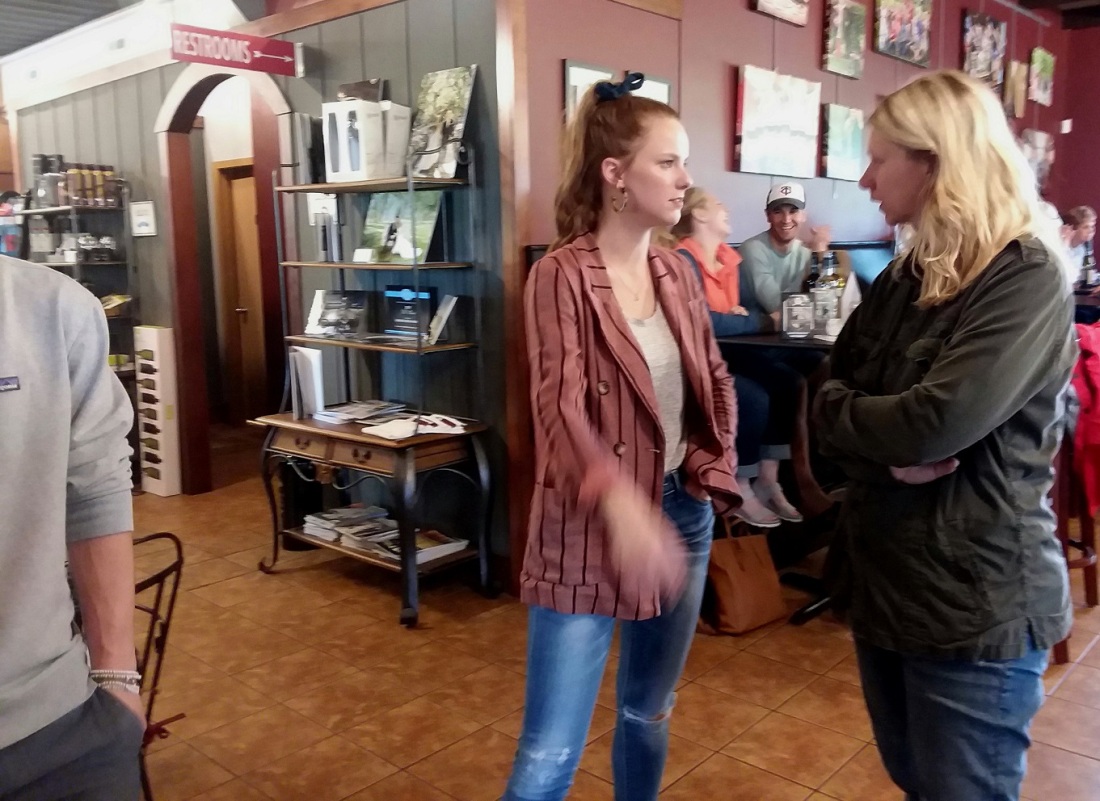 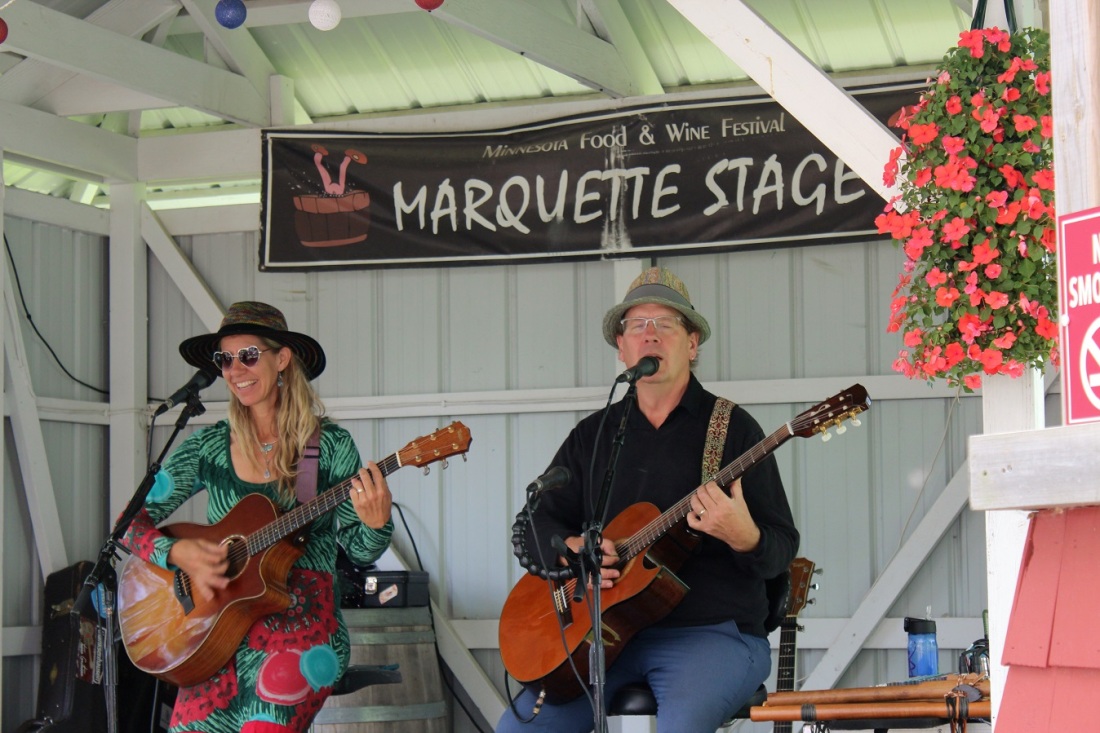 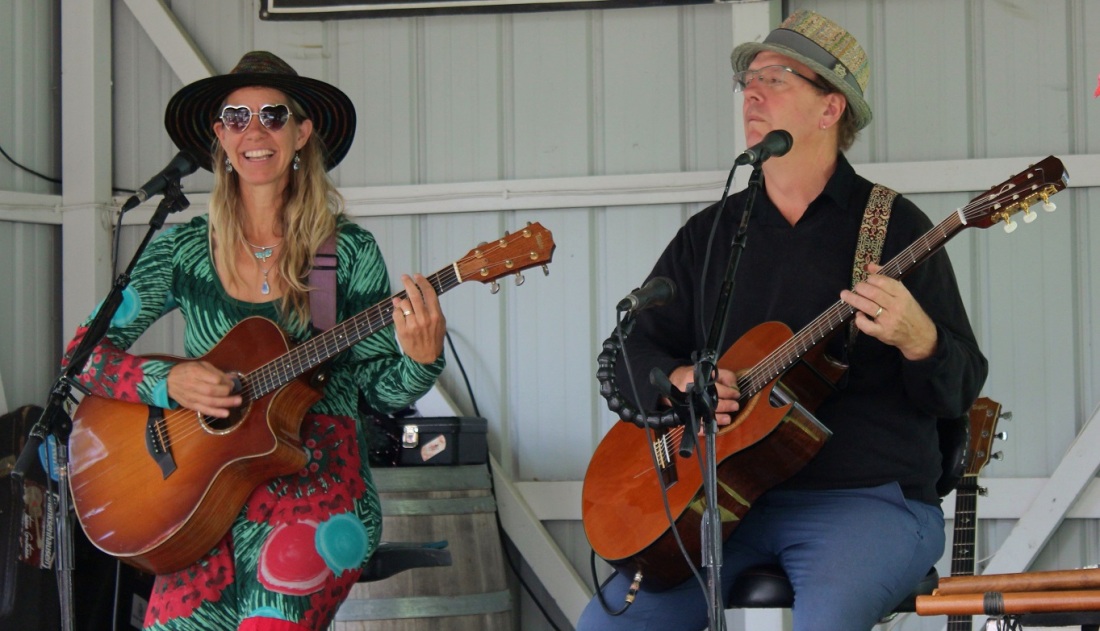 [Truly the beginning of the summer season when Julie & Bruce return from Florida . . . ]

[Greg (Little Mayo) had expressed a strong desire to see them perform on the previous day, but he had to return home to Burnsville . . . ]

[I asked Julie to do a short “Miss you, Greg” video.  The first attempt at such yielded these two still photos . . . ] 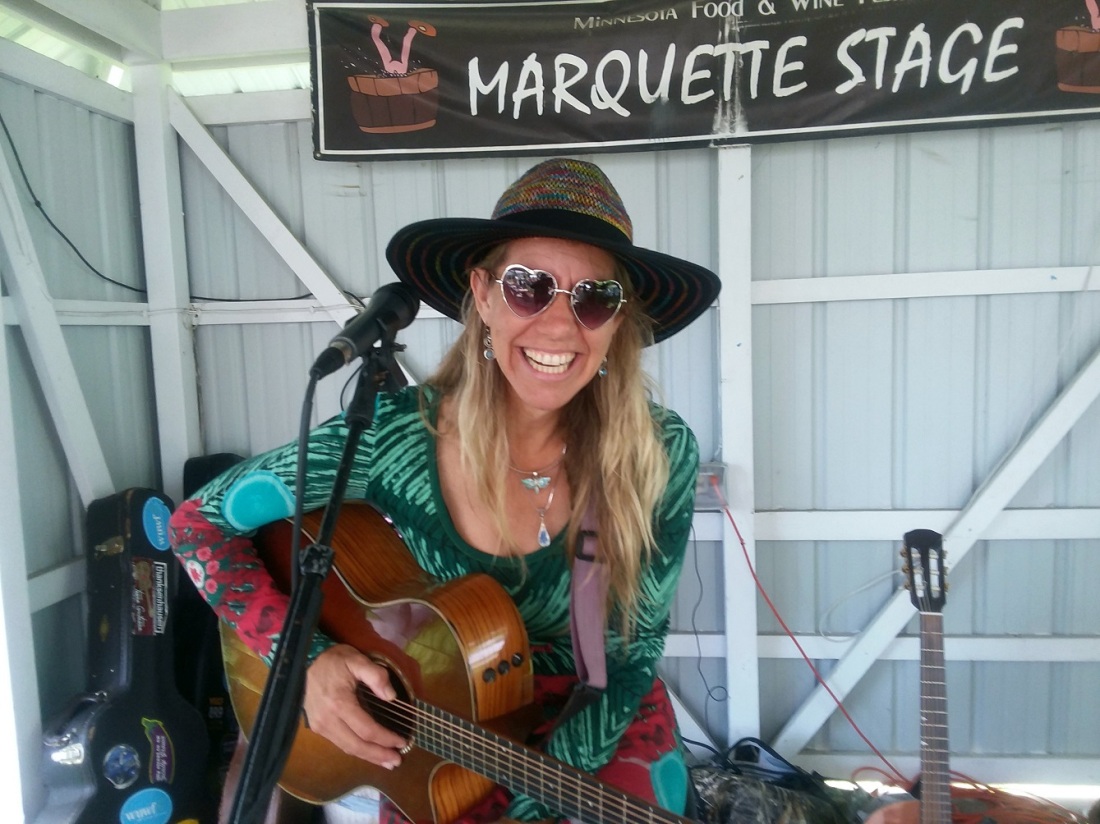 Dear Dad, Happy Father’s Day.  Lo these many years later you’d probably be surprised to learn your writings are as relevant today as when you wrote them.  Nah . . . you wouldn’t be surprised . . .