The whole day in Bergen, so everything you need to know about the city but were afraid to ask, though this day was mostly about boarding the ship.  As you may recall, the trip was a “cruise” and we’ve spent the first five days on land . . . 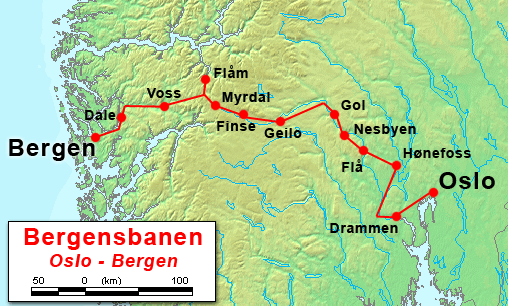 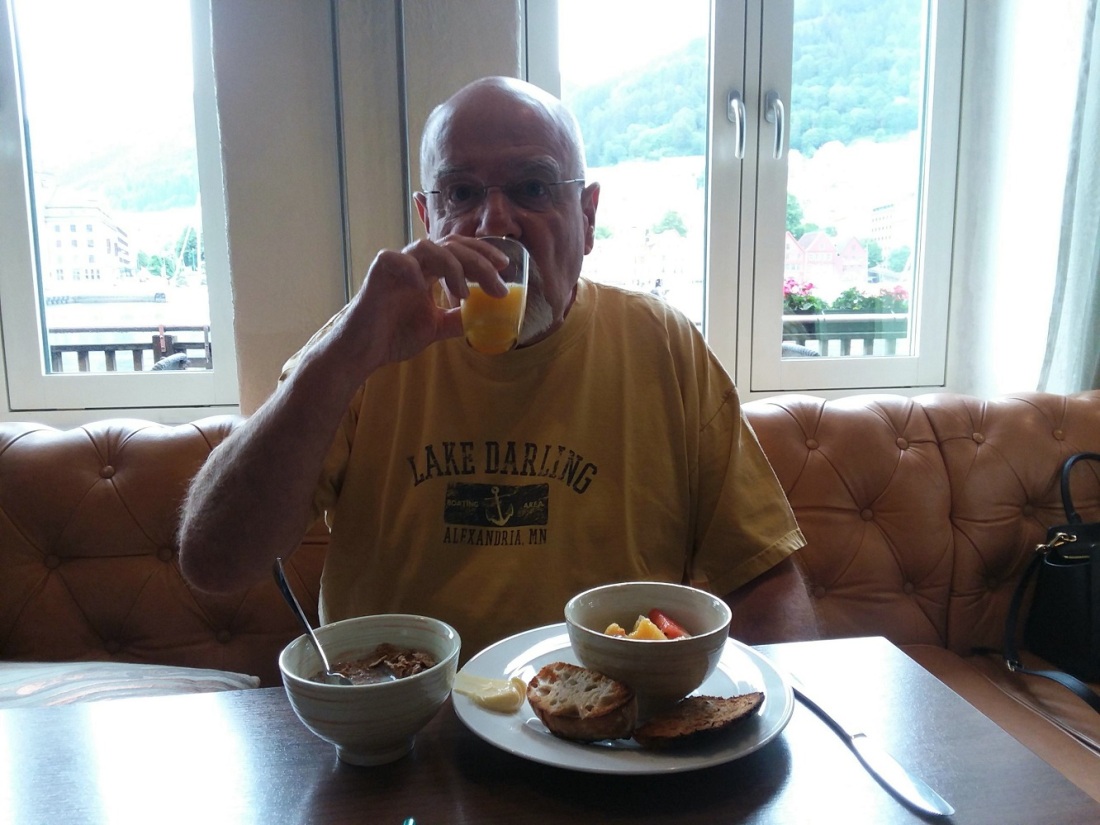 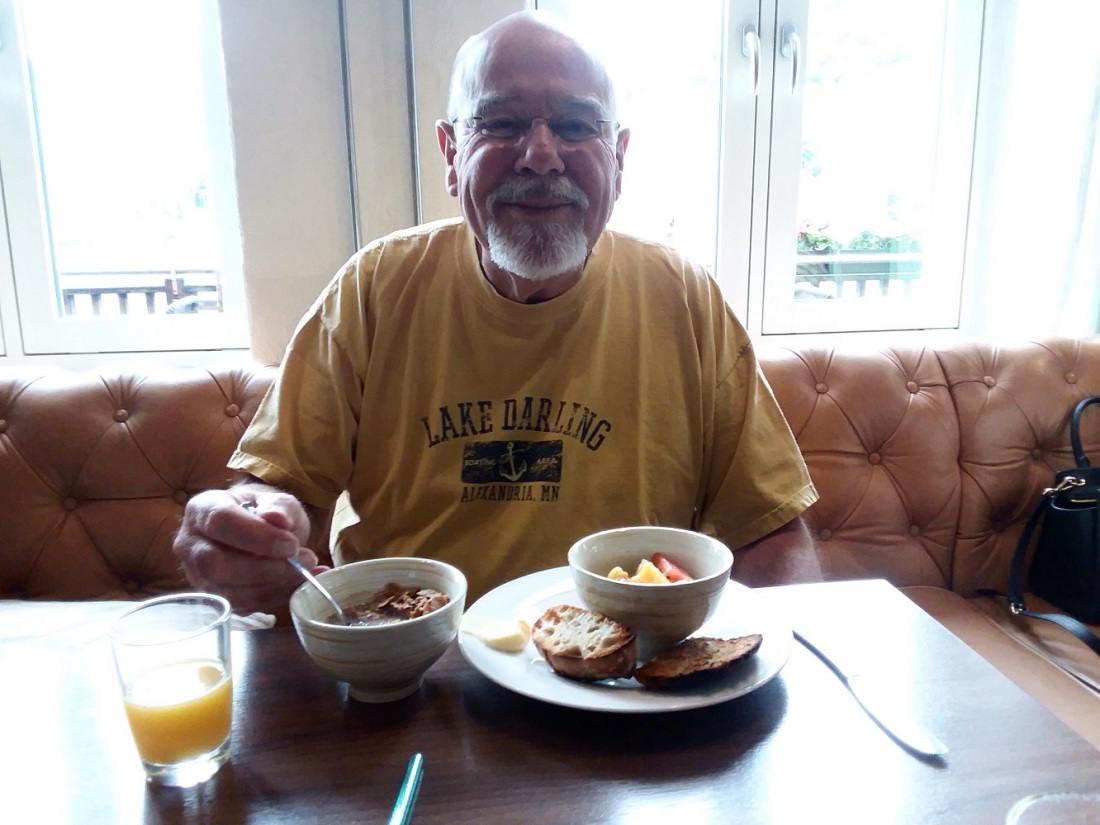 [Leaving the hotel for a stroll of the neighborhood before ordering our cab for a ride to the ship . . . ]

[The neighborhood from the hotel’s “porch,” to include a gull on the porch fence . . . ] 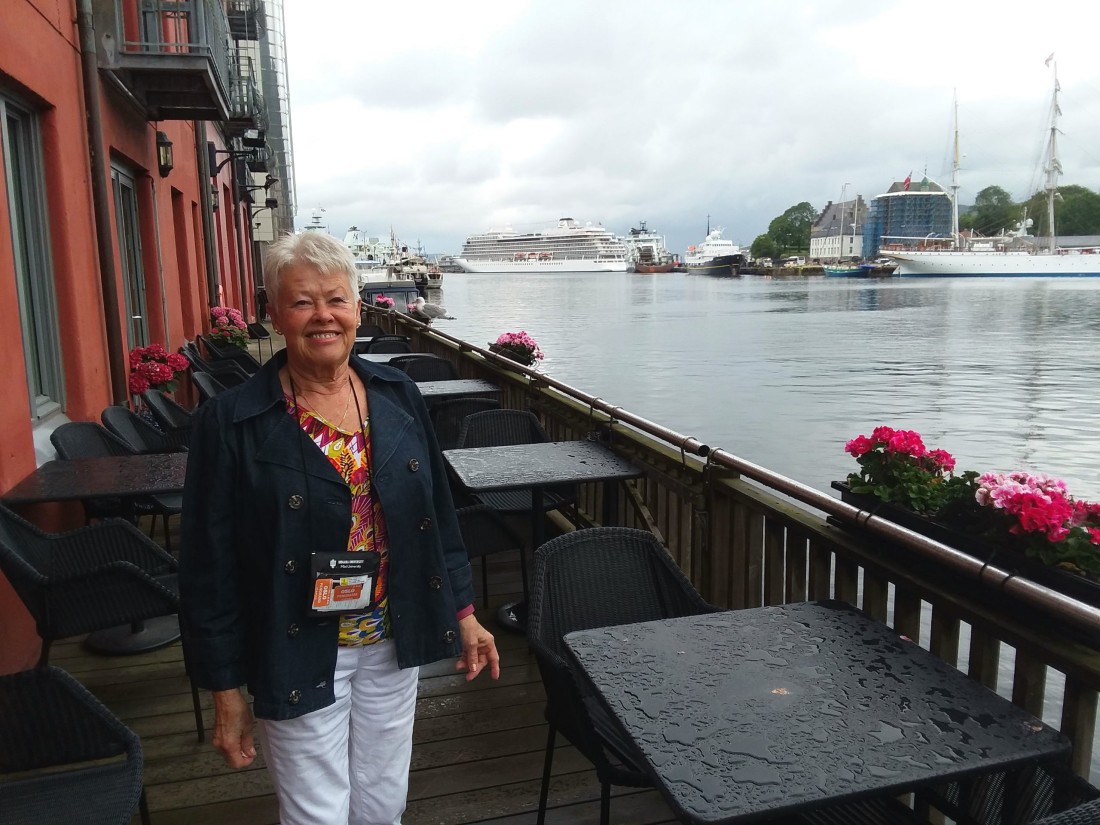 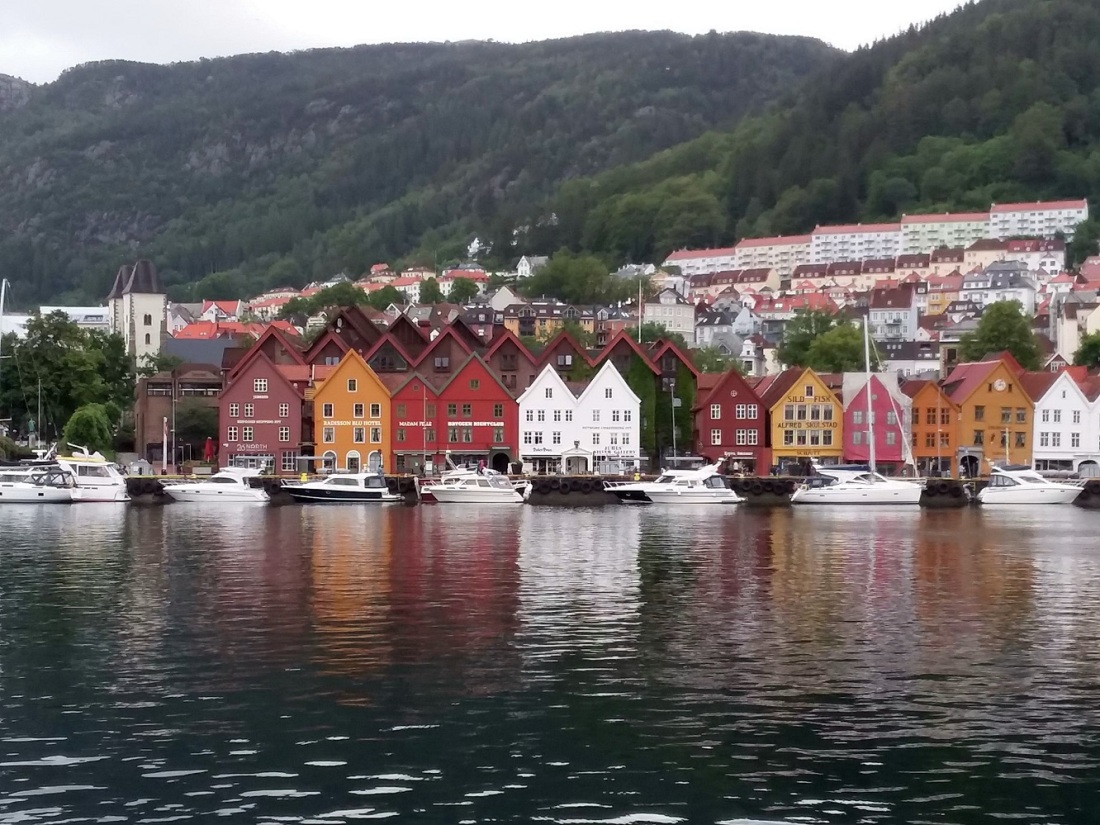 [Looking down restaurant row, Mt. Ulriken (the tallest of the seven mountains of Bergen) in the distance . . . ]

[And yet another gull with our ship, Viking Sun, in the background . . . ] 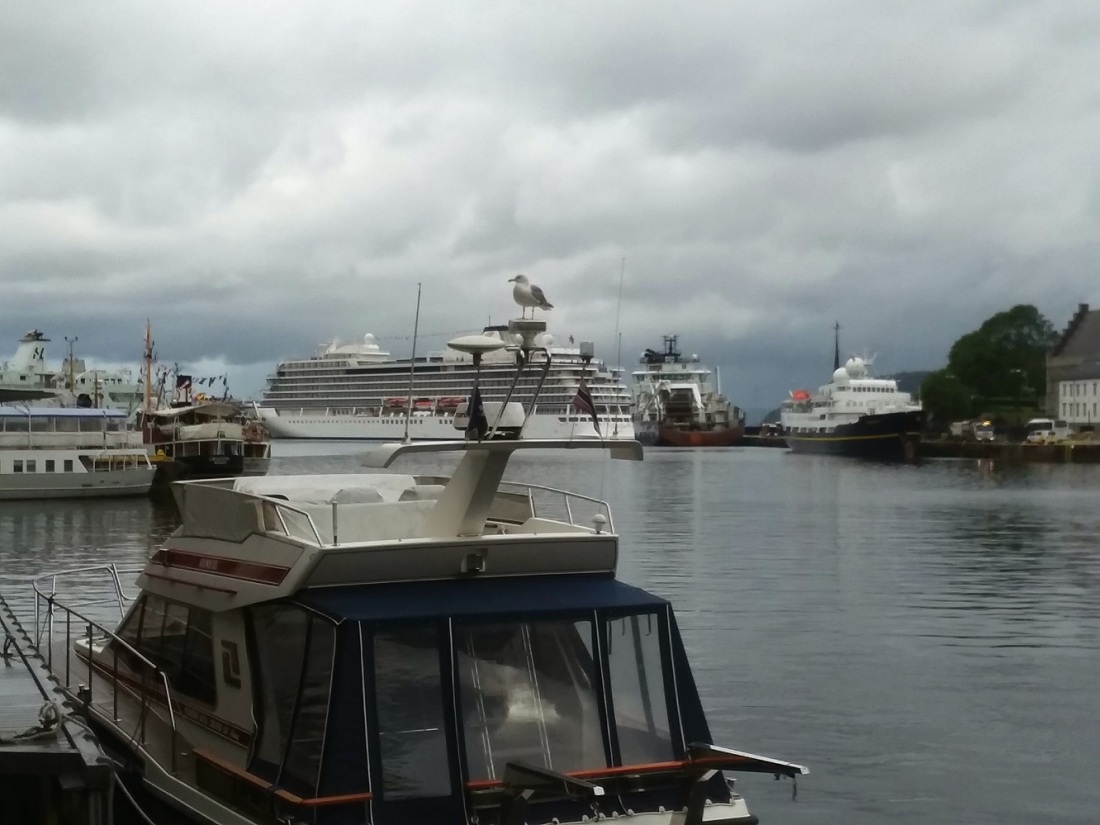 [This statue of Salome is part of a fountain located by the Clarion Hotel Admiral . . . ]

[Yep, everything still looked the same since last we left this ship a year and a half ago.] 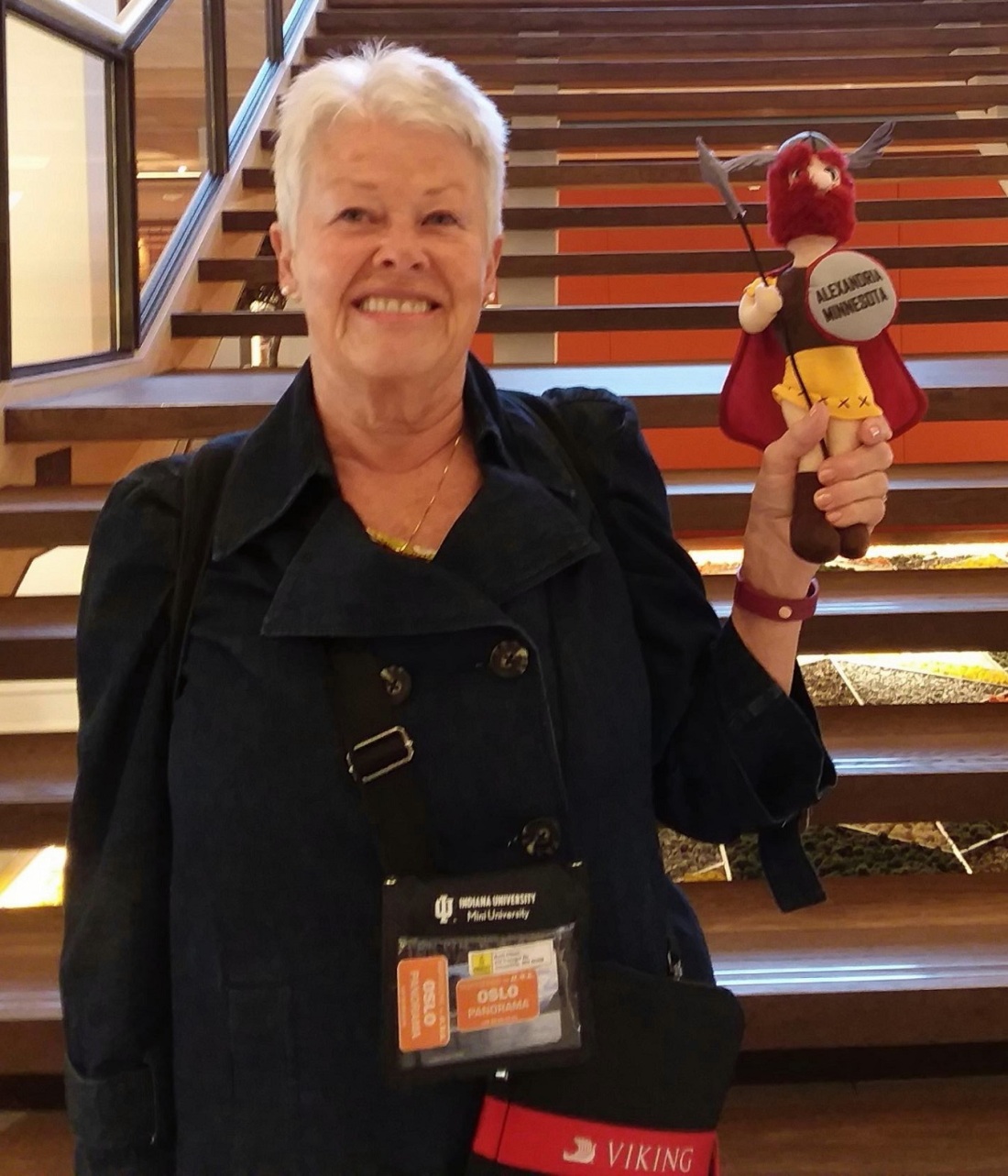 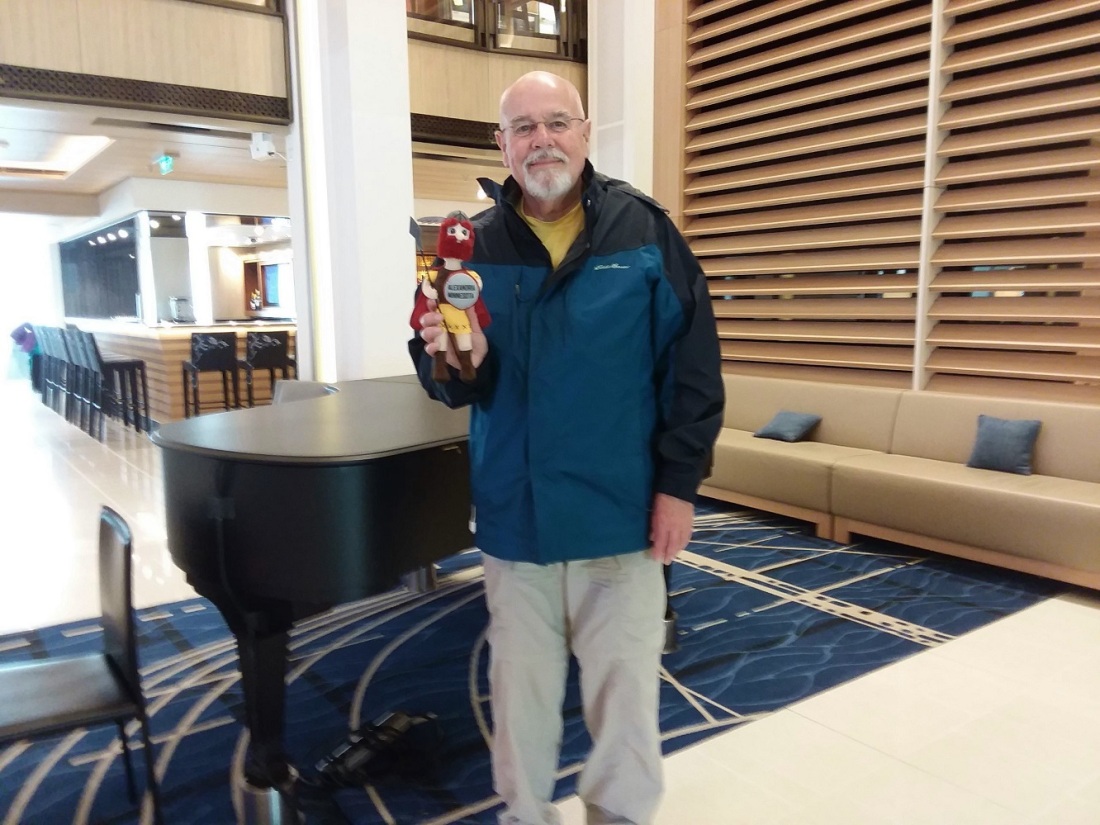 [Bergen enjoying another splash of non-sunshine . . . ]

[Our little breakfast nook, Mamsen’s.  Take a couple steps to our left in this photo and you’re in the area of the above photo . . . ] 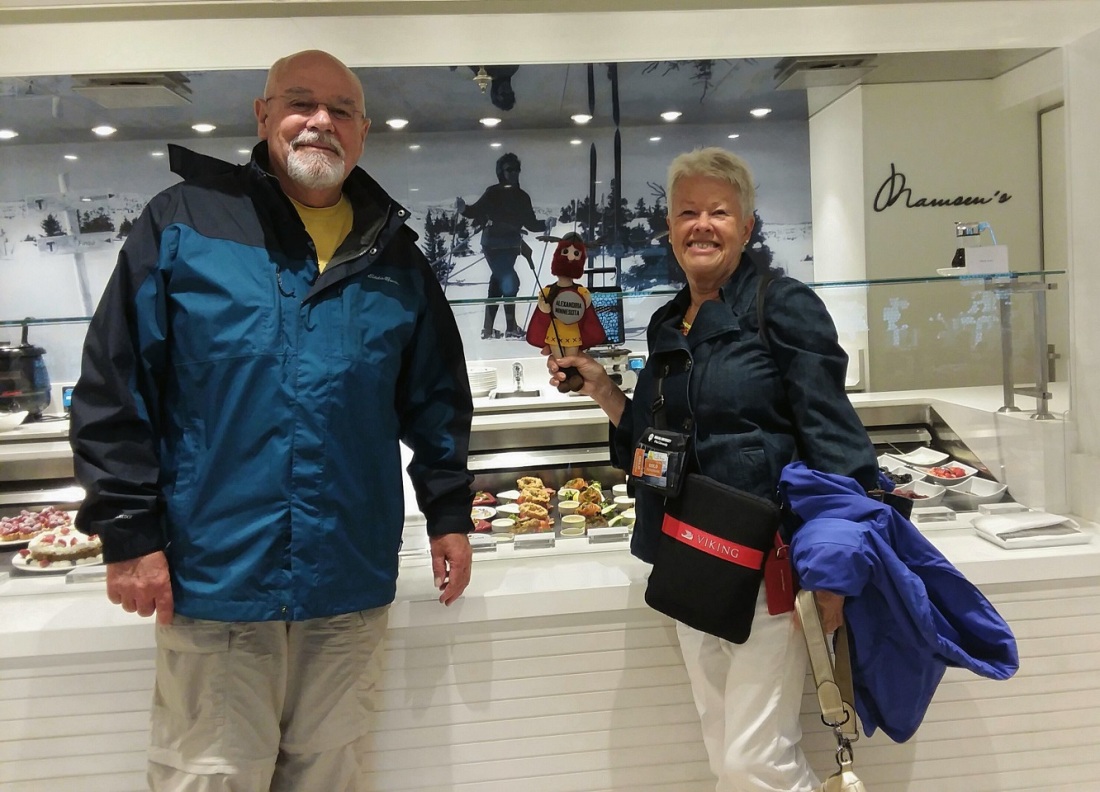 [In The Explorers’ Bar and where we were going exploring . . . ] 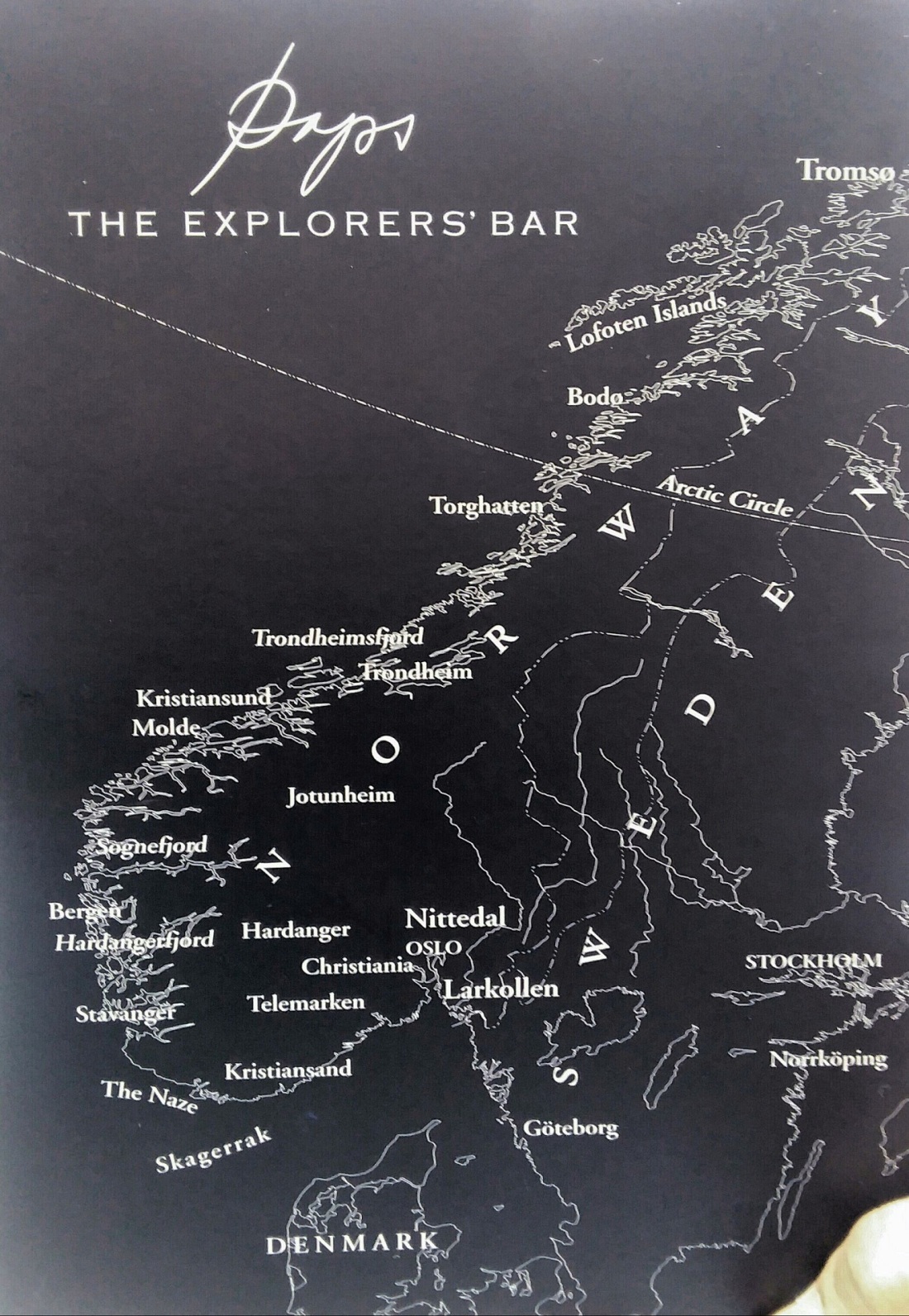 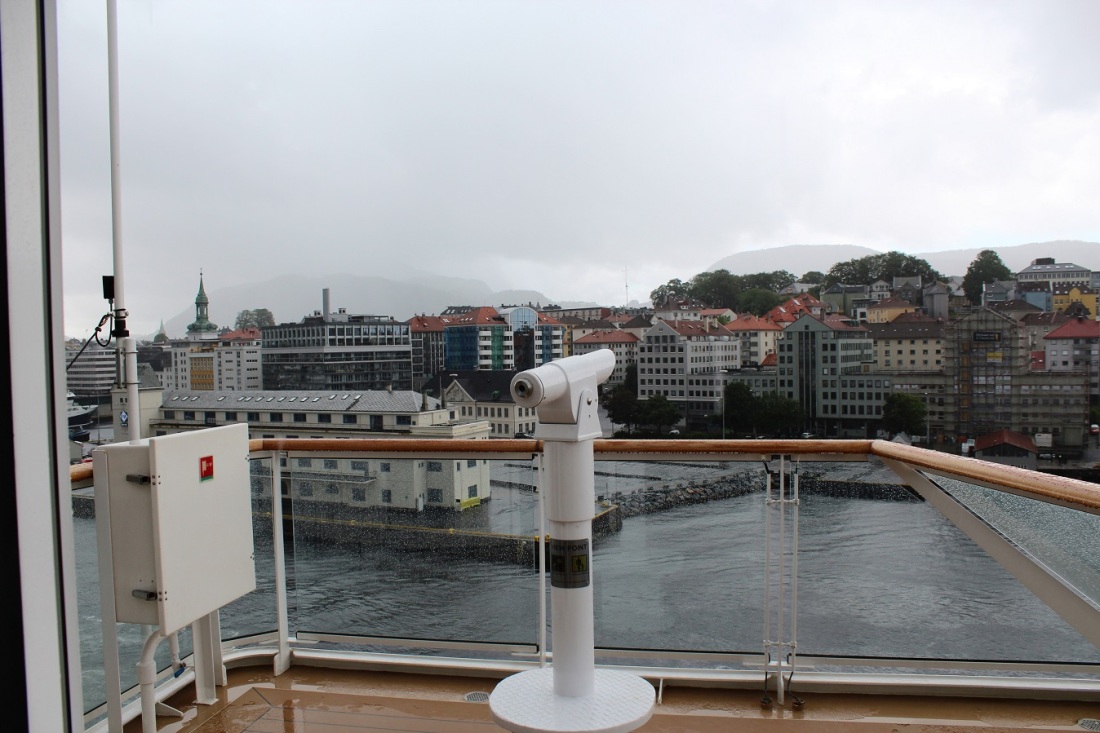 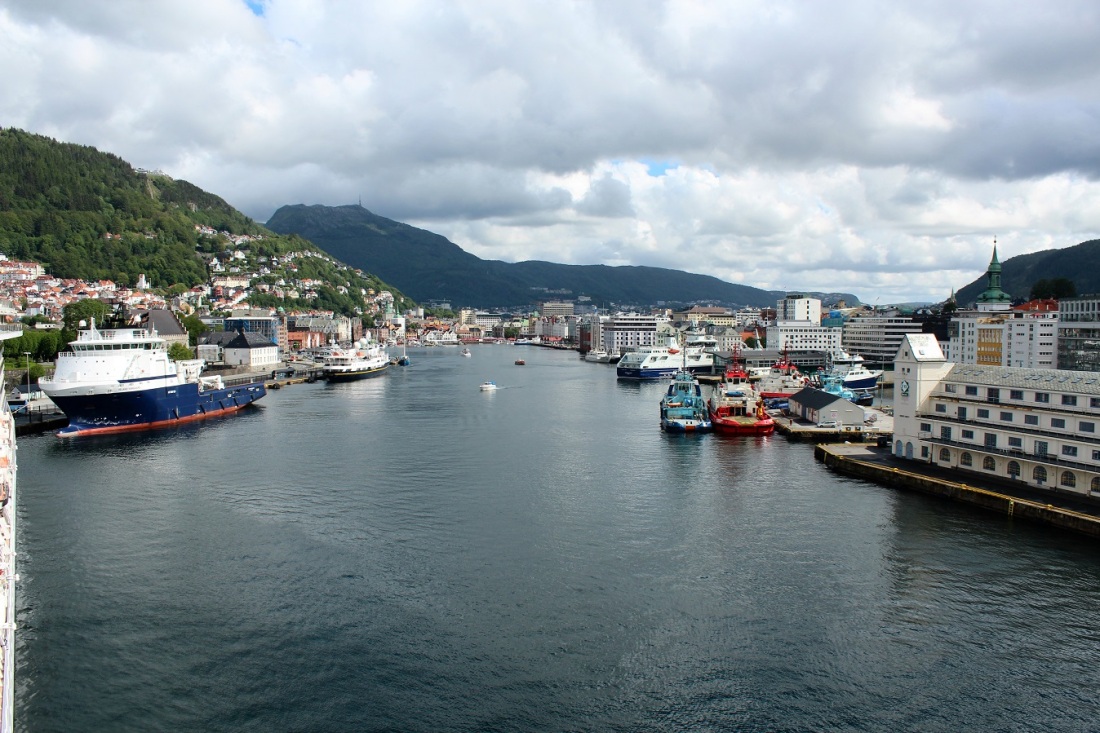 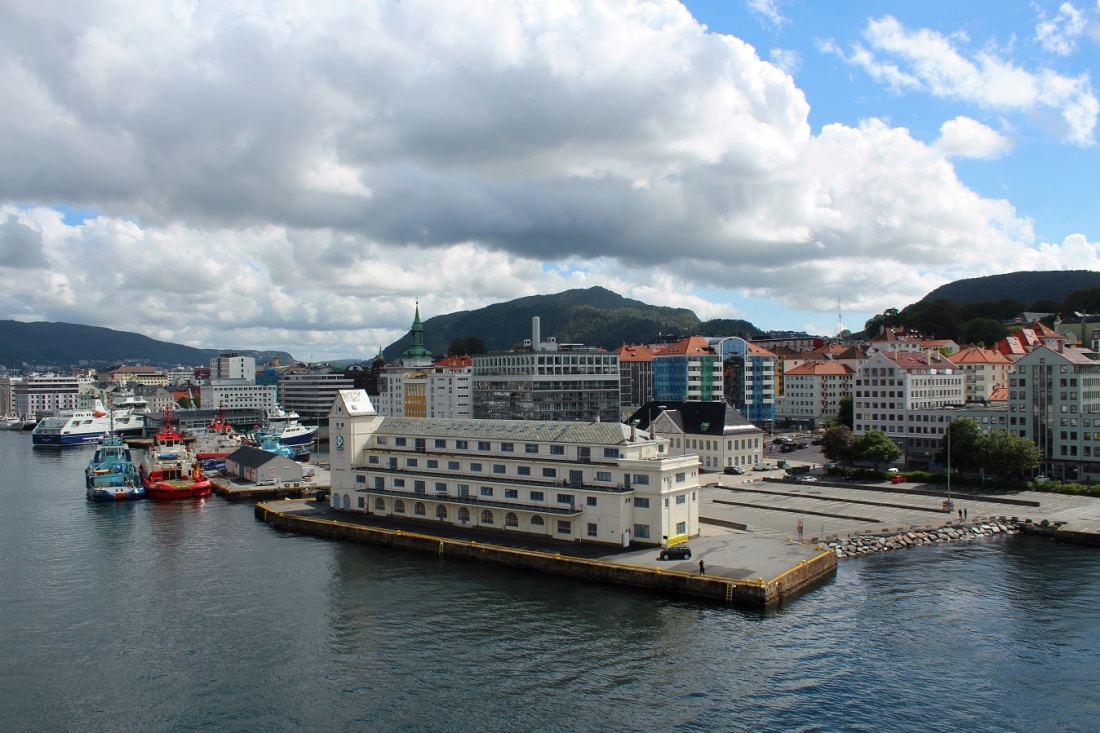 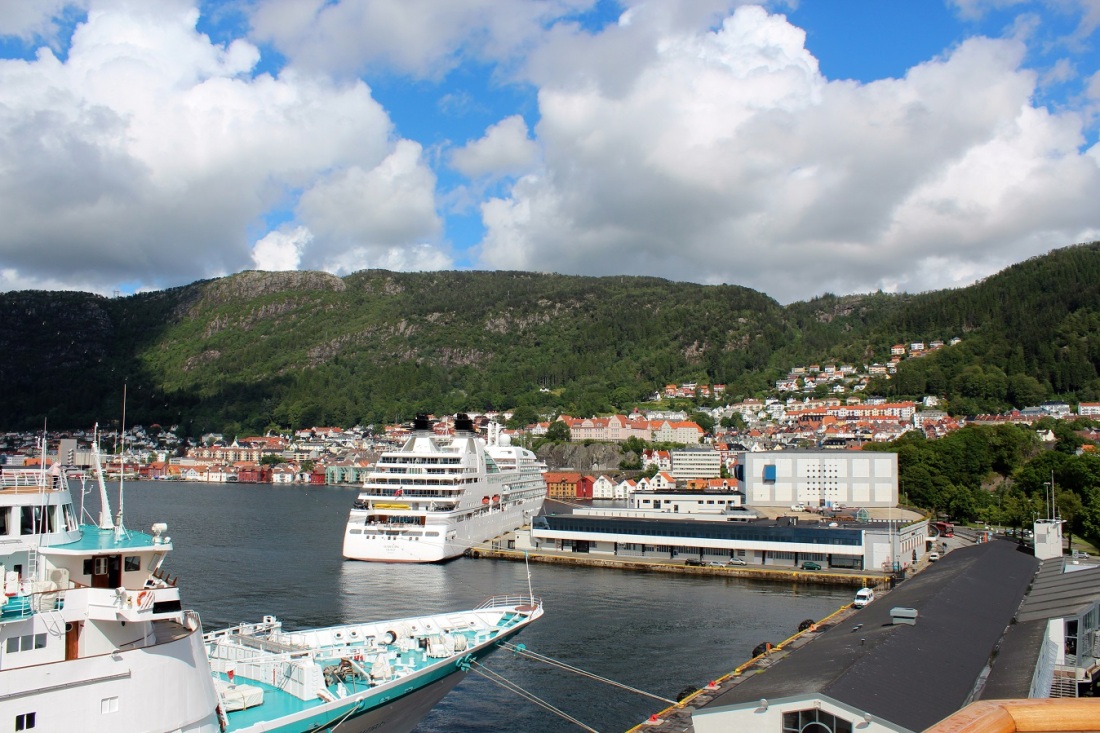 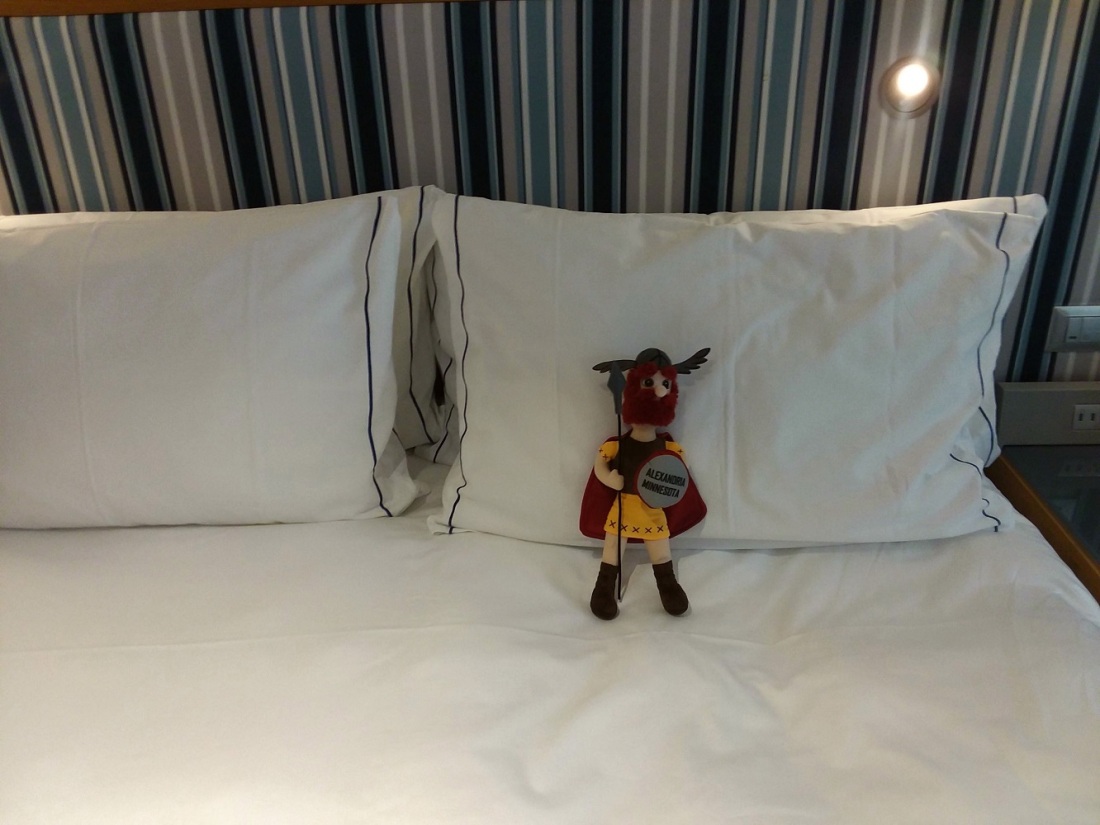 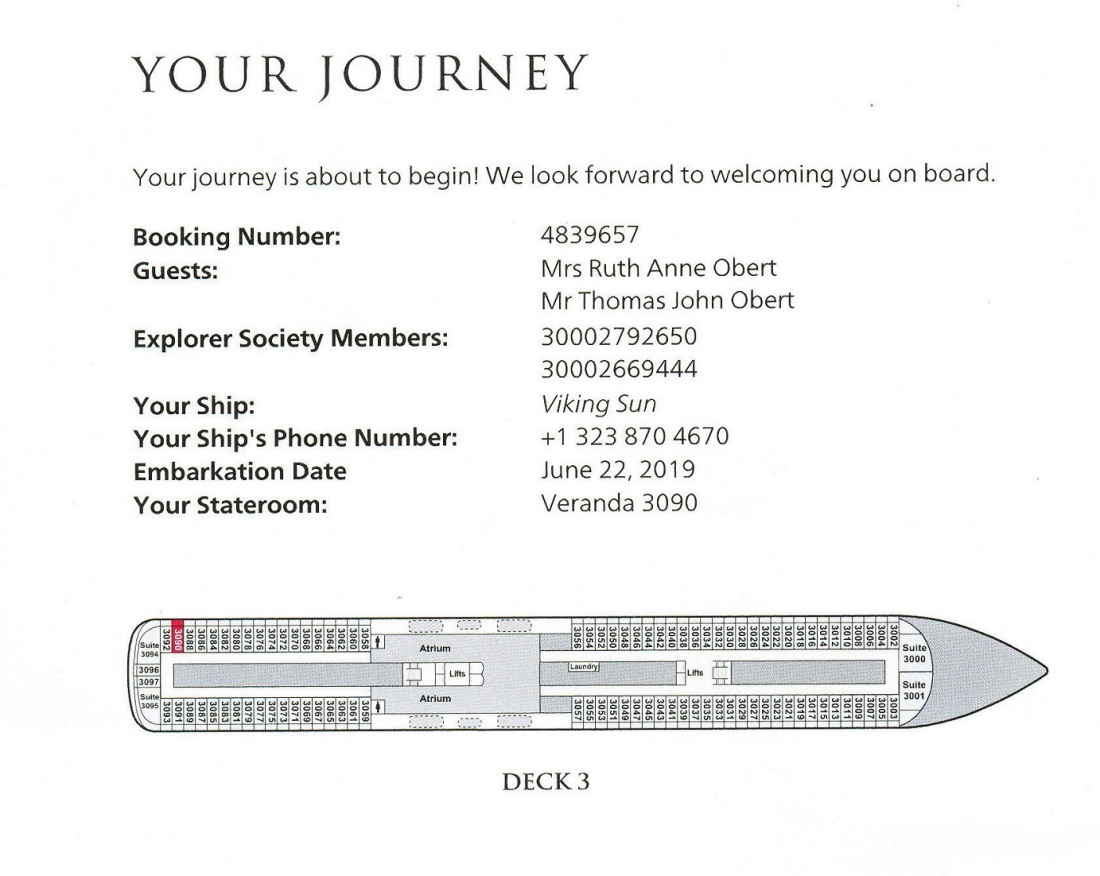 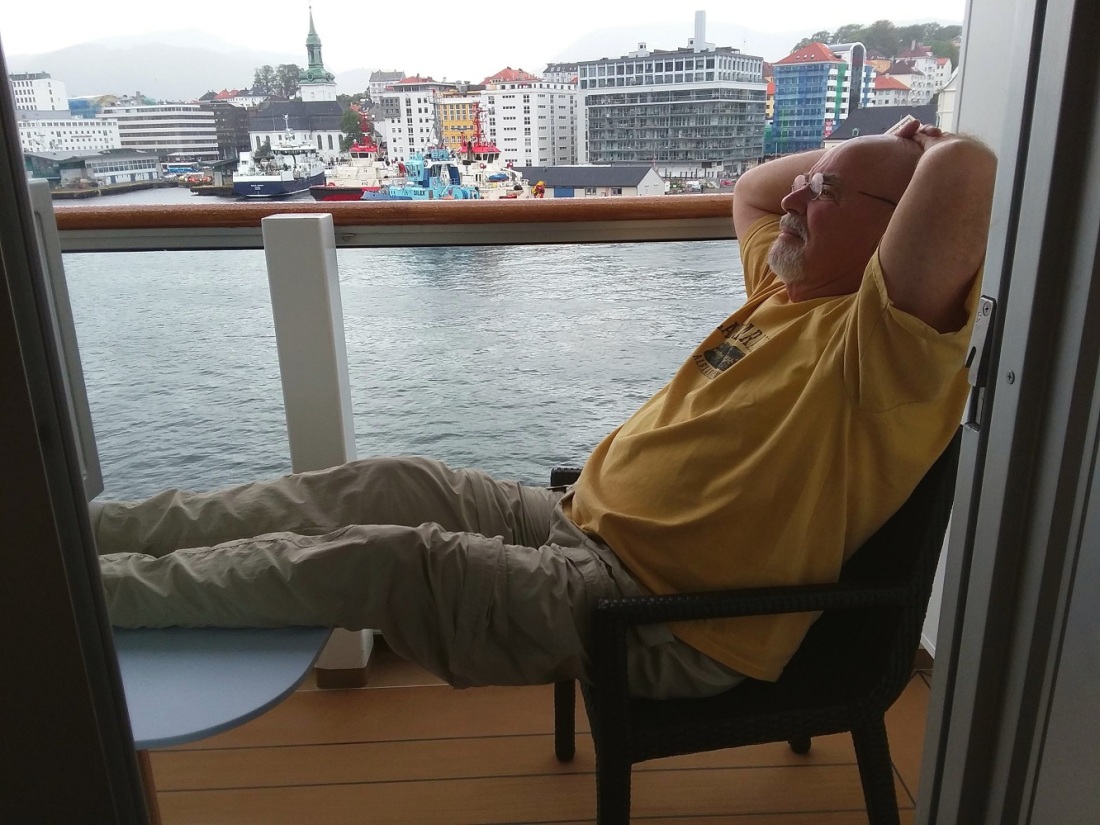 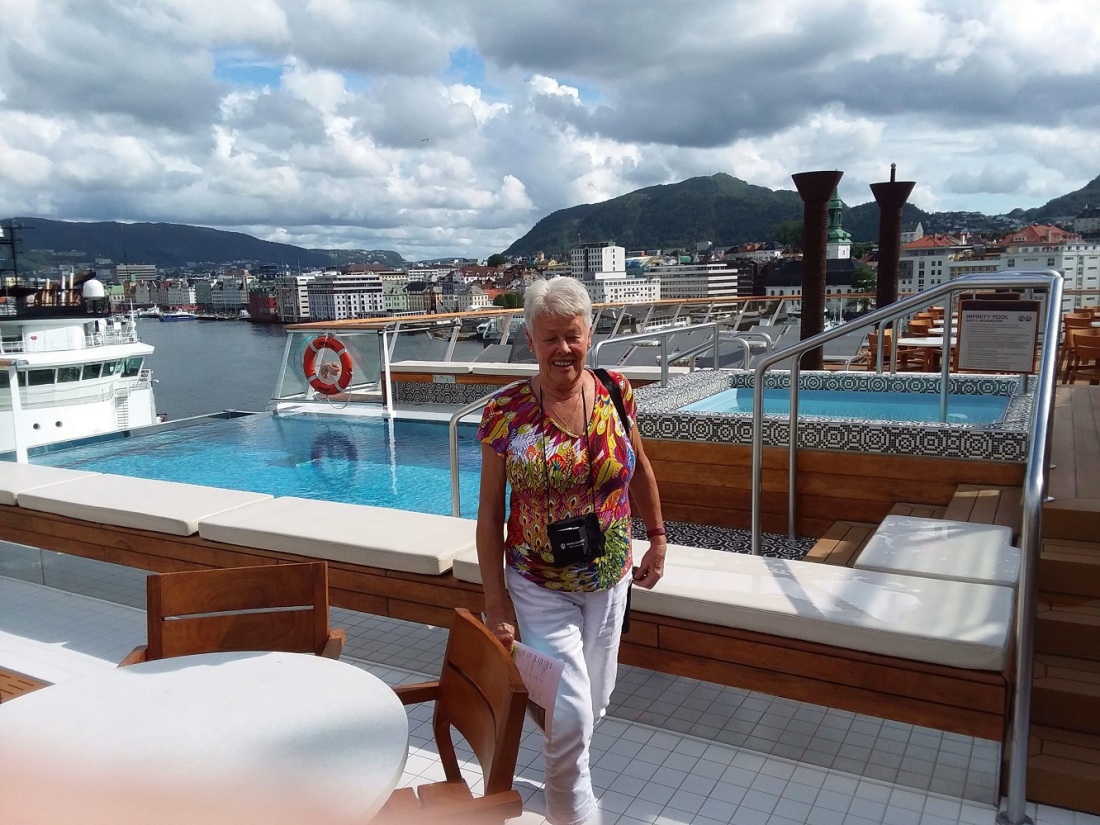 [Cruise Director, Corinne Bach, welcomed everybody aboard with an introduction to Bergen.  This was our first Port Talk . . . ] 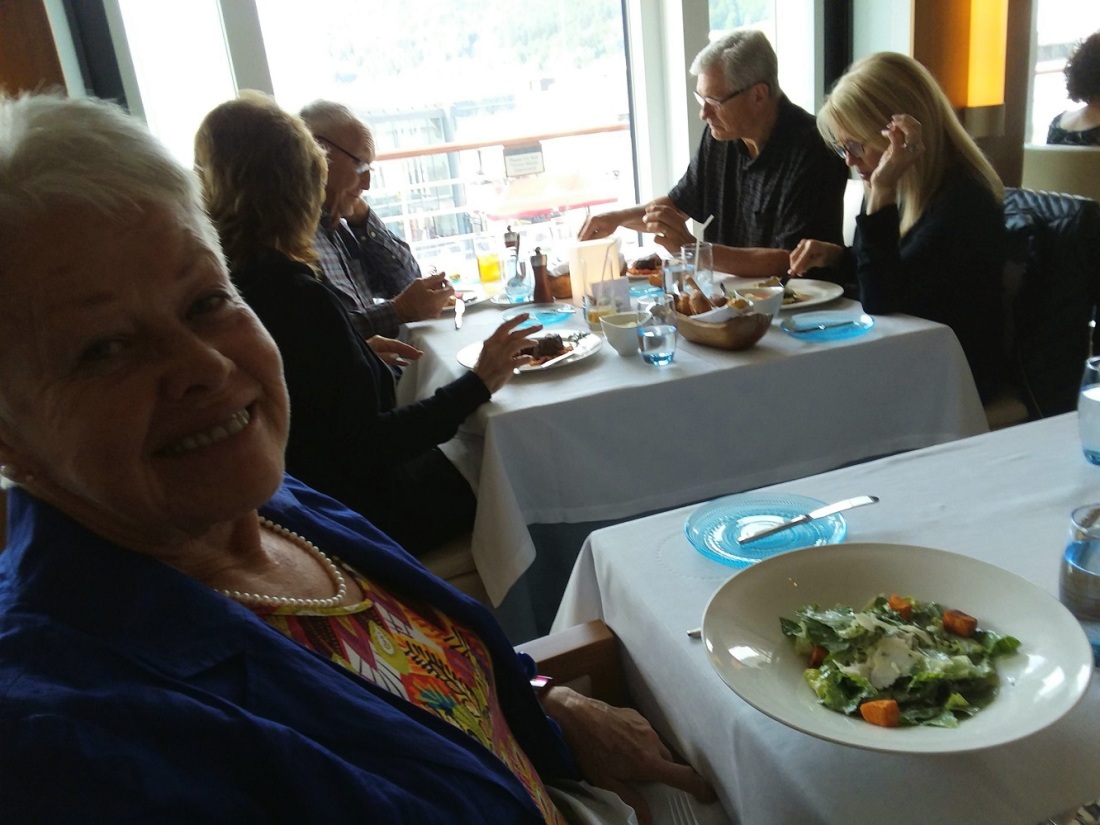 [And Anne and Bill have rejoined us after taking a different path cross country . . . ] 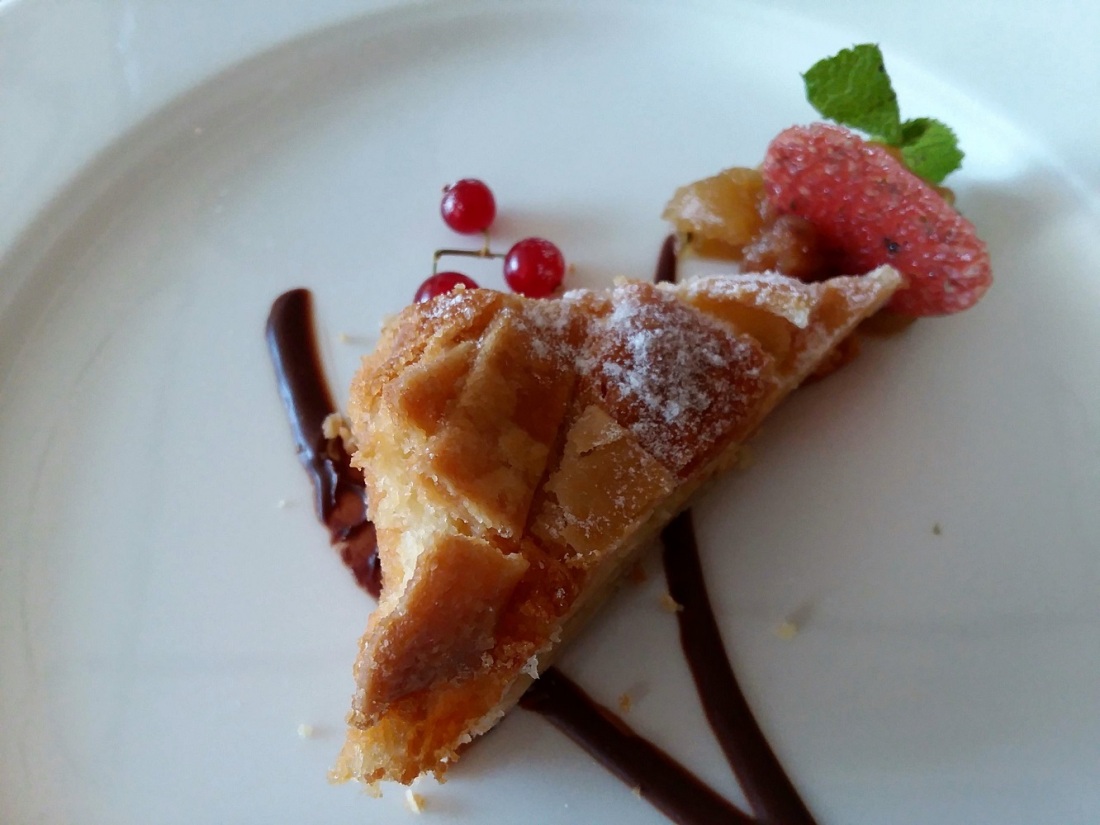 [Then back to the ship’s theater, where Corinne welcomed us, for the evening’s entertainment . . . ]

[Classical violinist Tor Jaran Apold.  We would have two tours of Bergen the next day.]

The majority is always wrong; the minority is rarely right.  ~  Henrik Ibsen