In response to a momentary break in the local activities, it’s time to return to Norway.  When last we left you we had completed our first structured tour of Bergen.  Now we began the optional tour of The Best of Bergen & Mt. Floien . . .

[The Super exchanges pleasantries with our driver as we board the bus . . . ] 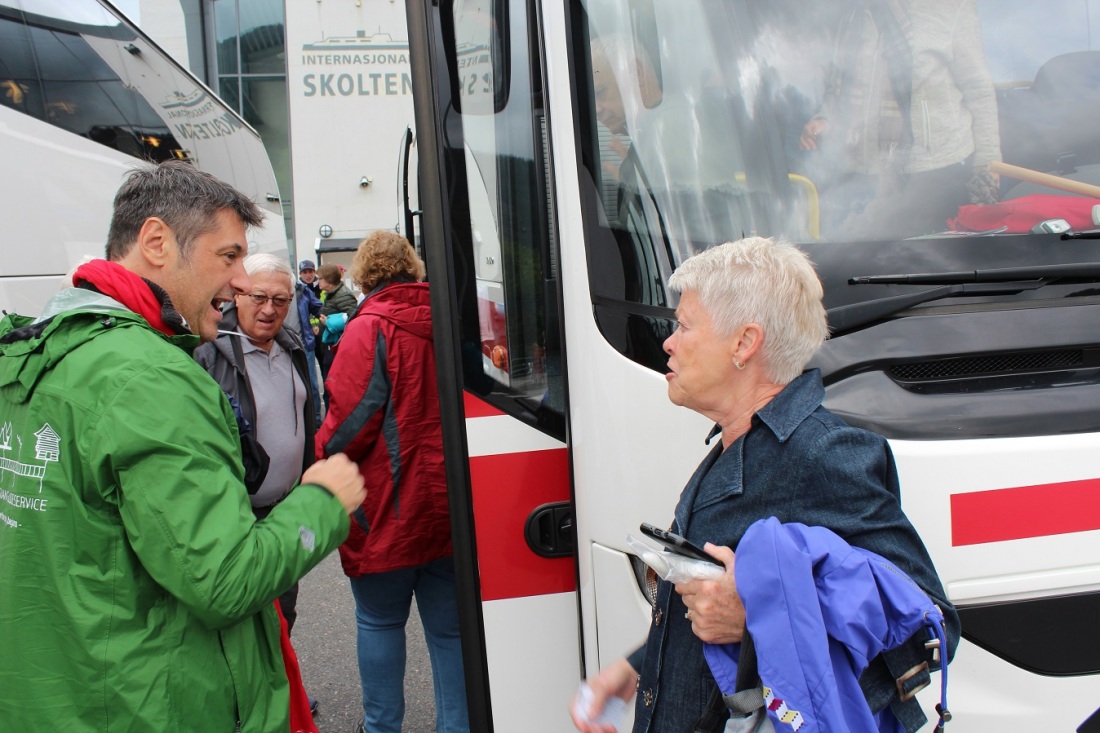 [Our first destination was the funicular ride to the top of Mt. Floien . . . ] 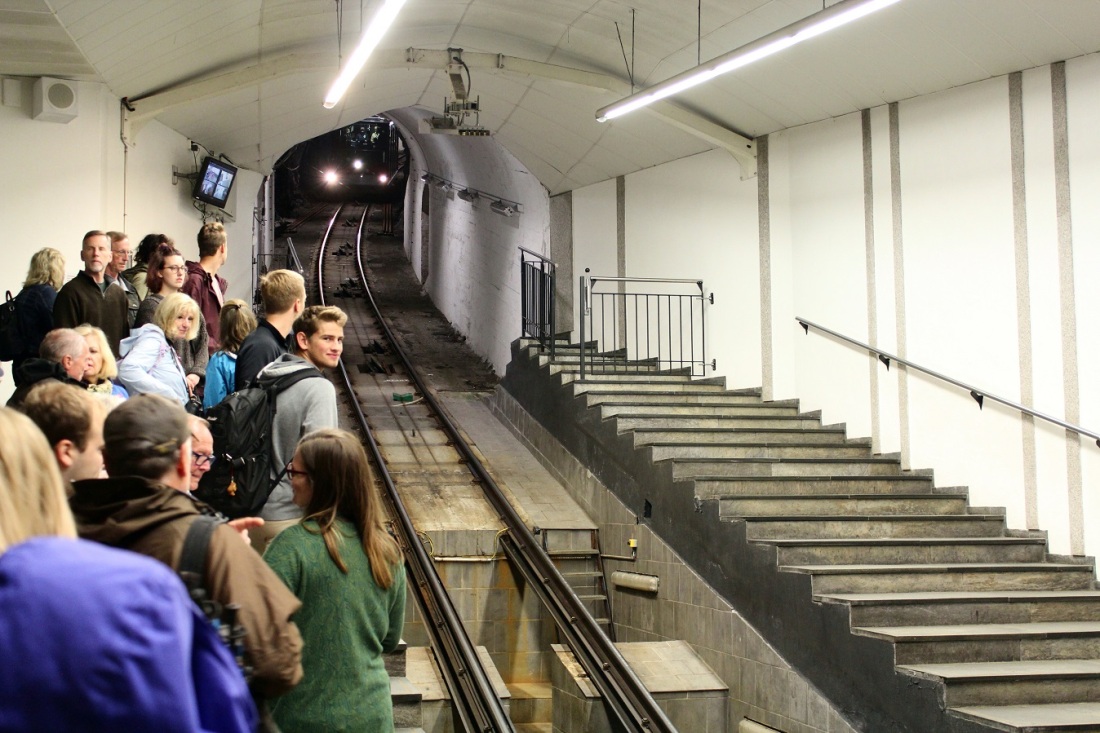 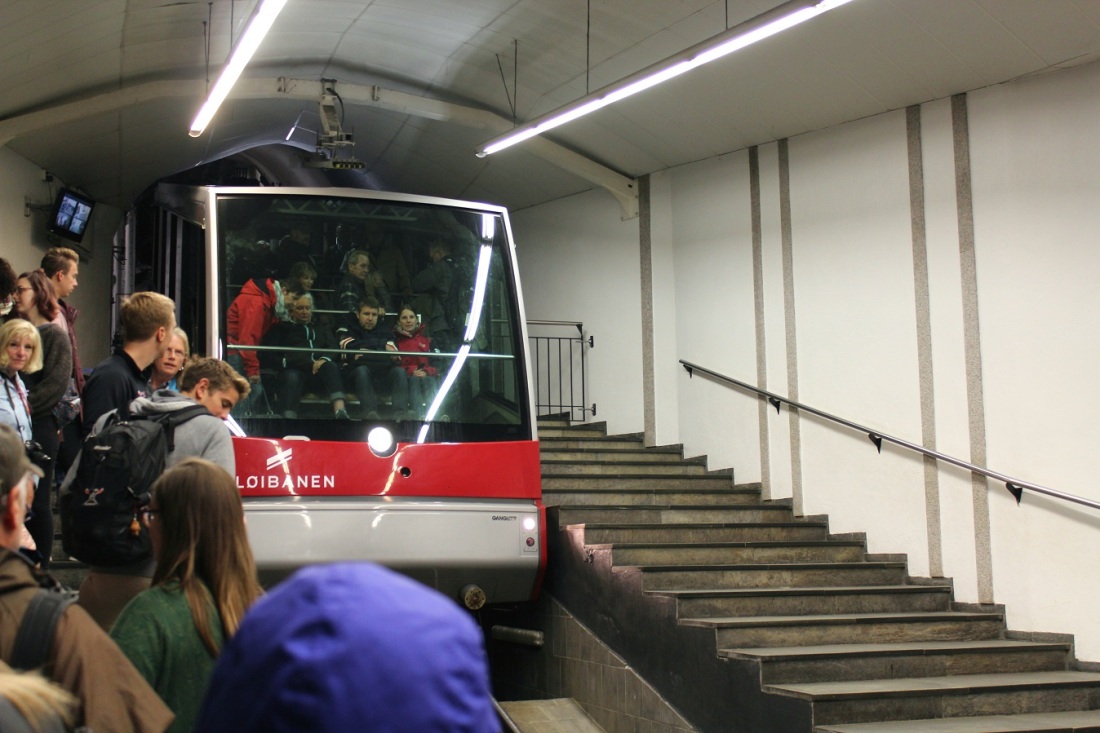 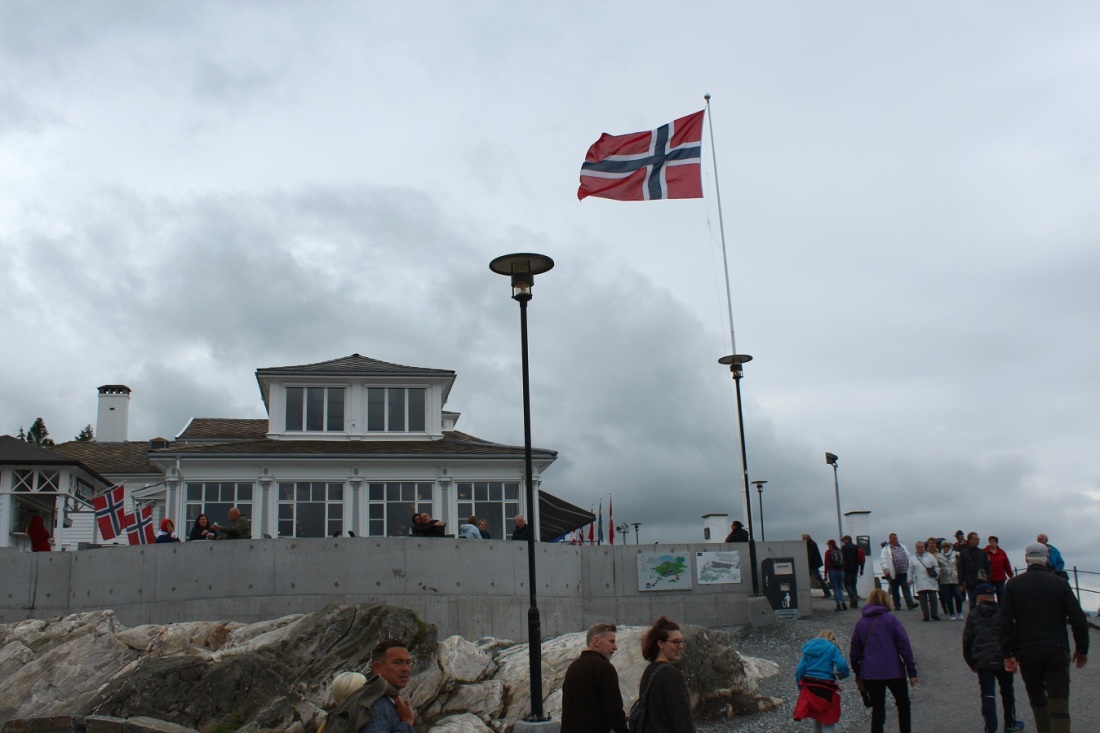 [The Super captured Joe Tourist and the Norwegian flag . . . ] 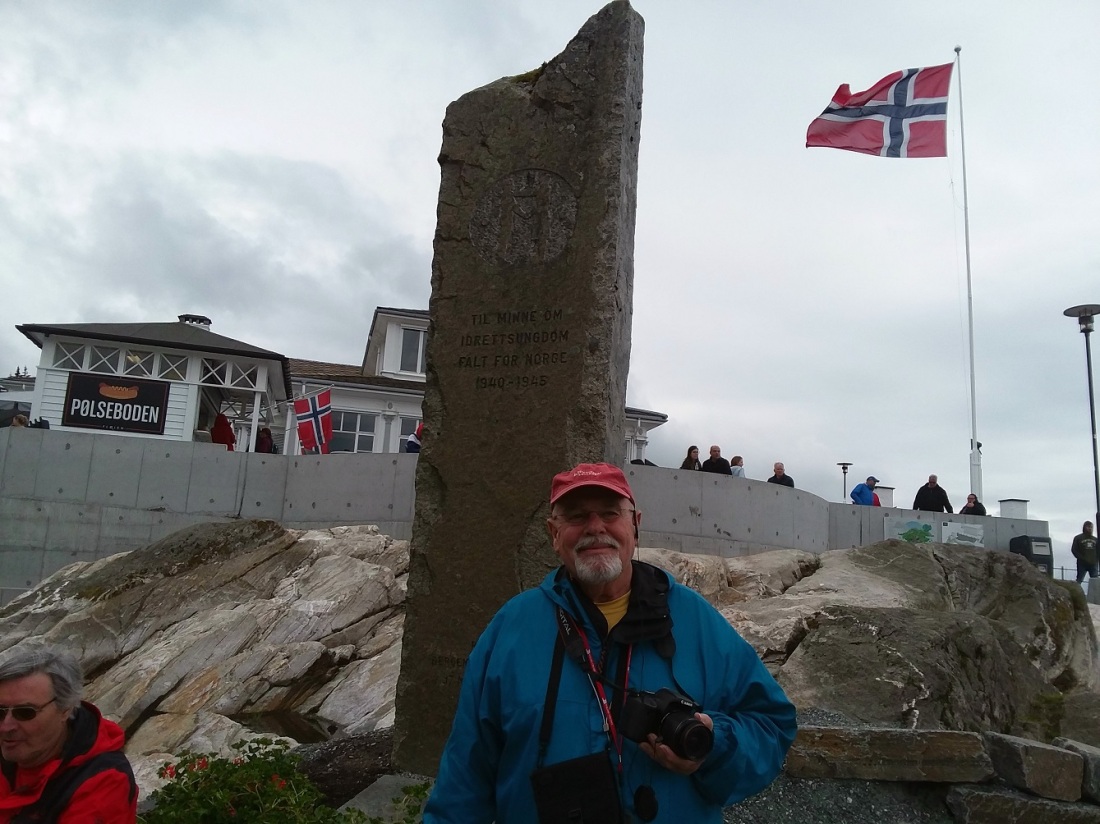 [But we had to wonder what it would have looked like on a sunny day.  That’s our boat, the Viking Sun, in the middle of the photo . . . ] 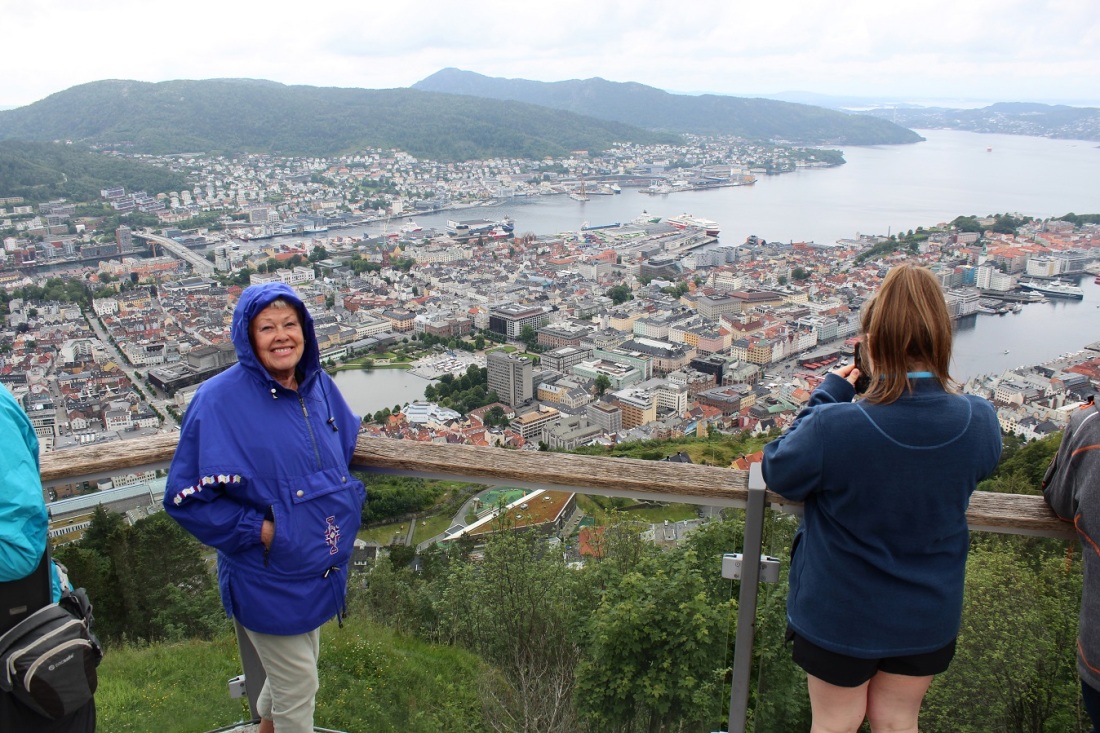 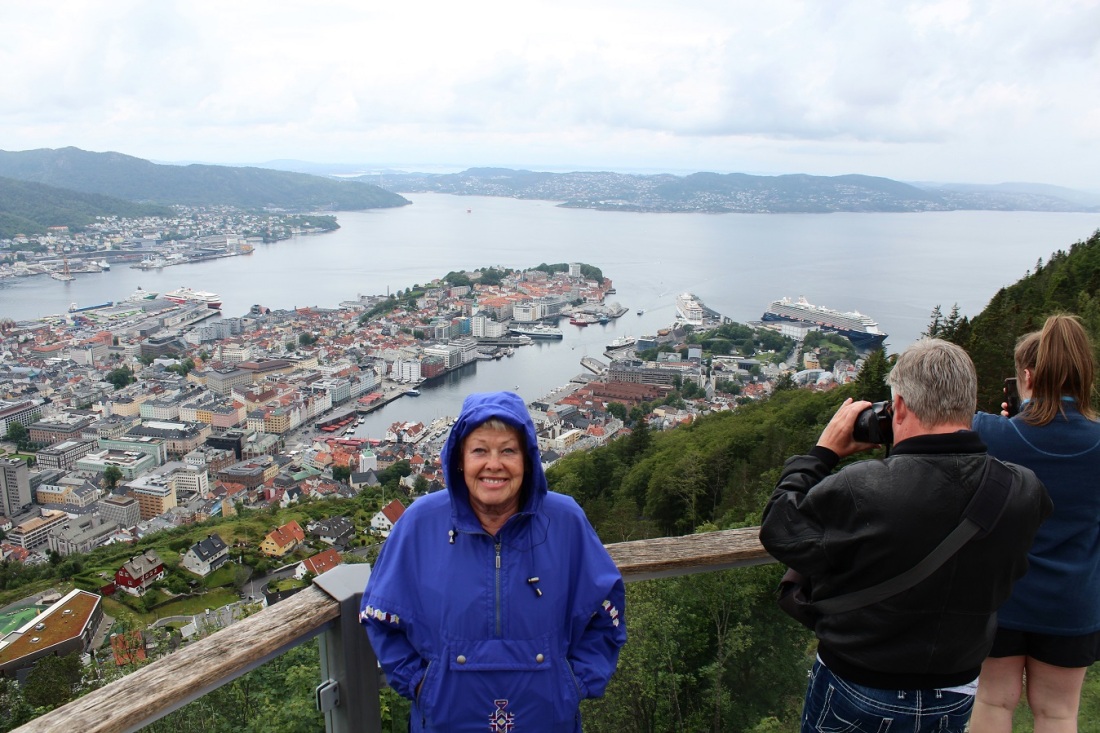 [Lille Lungegaardsvannet or Smålungeren is a small 5 acres (0.020 km2) lake in the centre of the city.  The octagonal lake is a natural lake that was historically connected to the nearby Store Lungegardsvannet bay via a short strait, but the strait was filled in 1926.  Today the lake is located in a park in the city centre.  There is a large decorative fountain located in the central part of the lake (Wikipedia).] 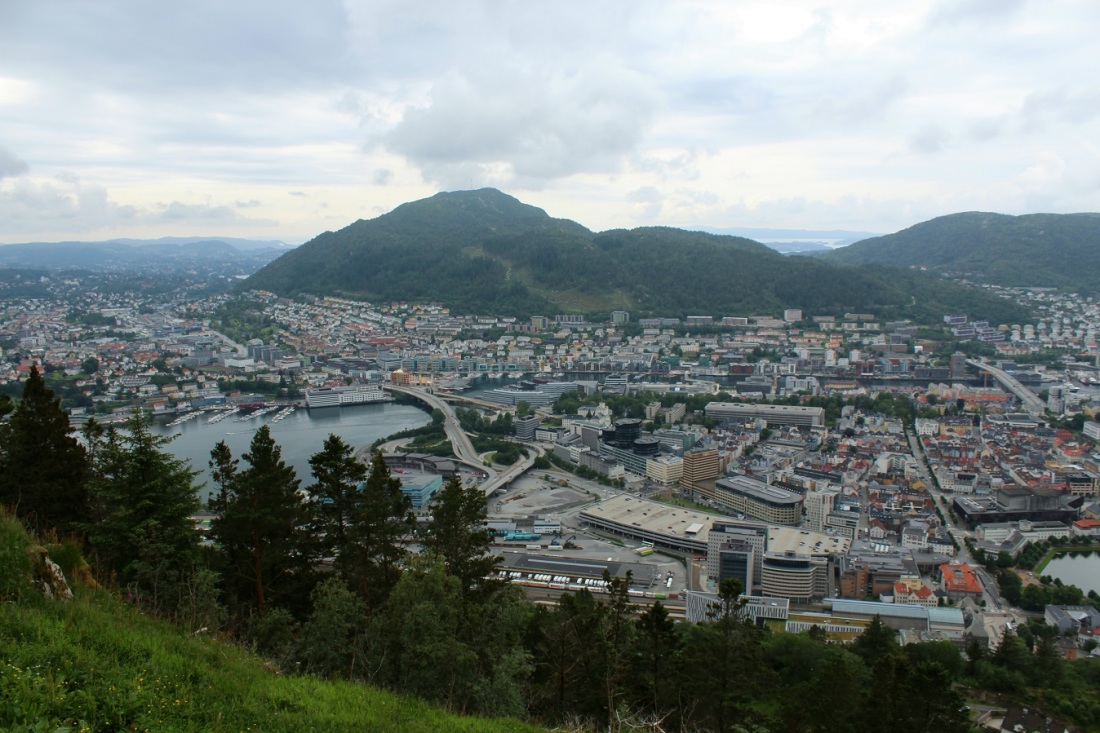 [We were bascially free to wander around on our own up here (it is a free country, after all), but our guide said she would lead us to a small lake if we wanted to follow her . . . ] 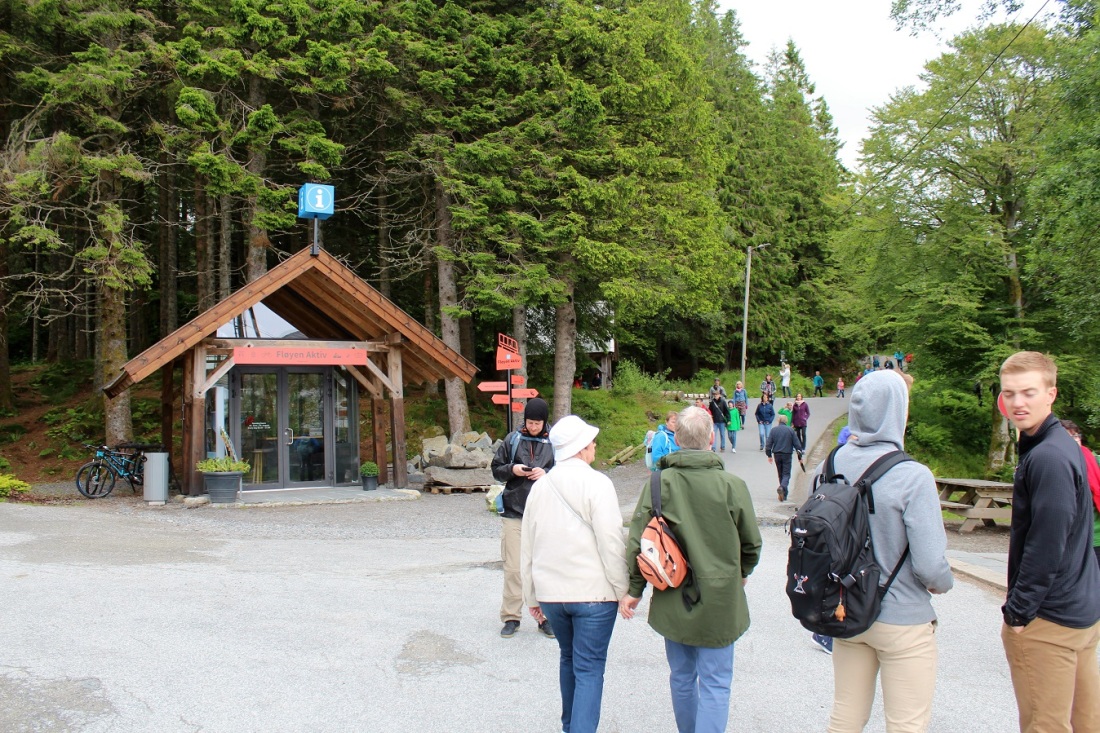 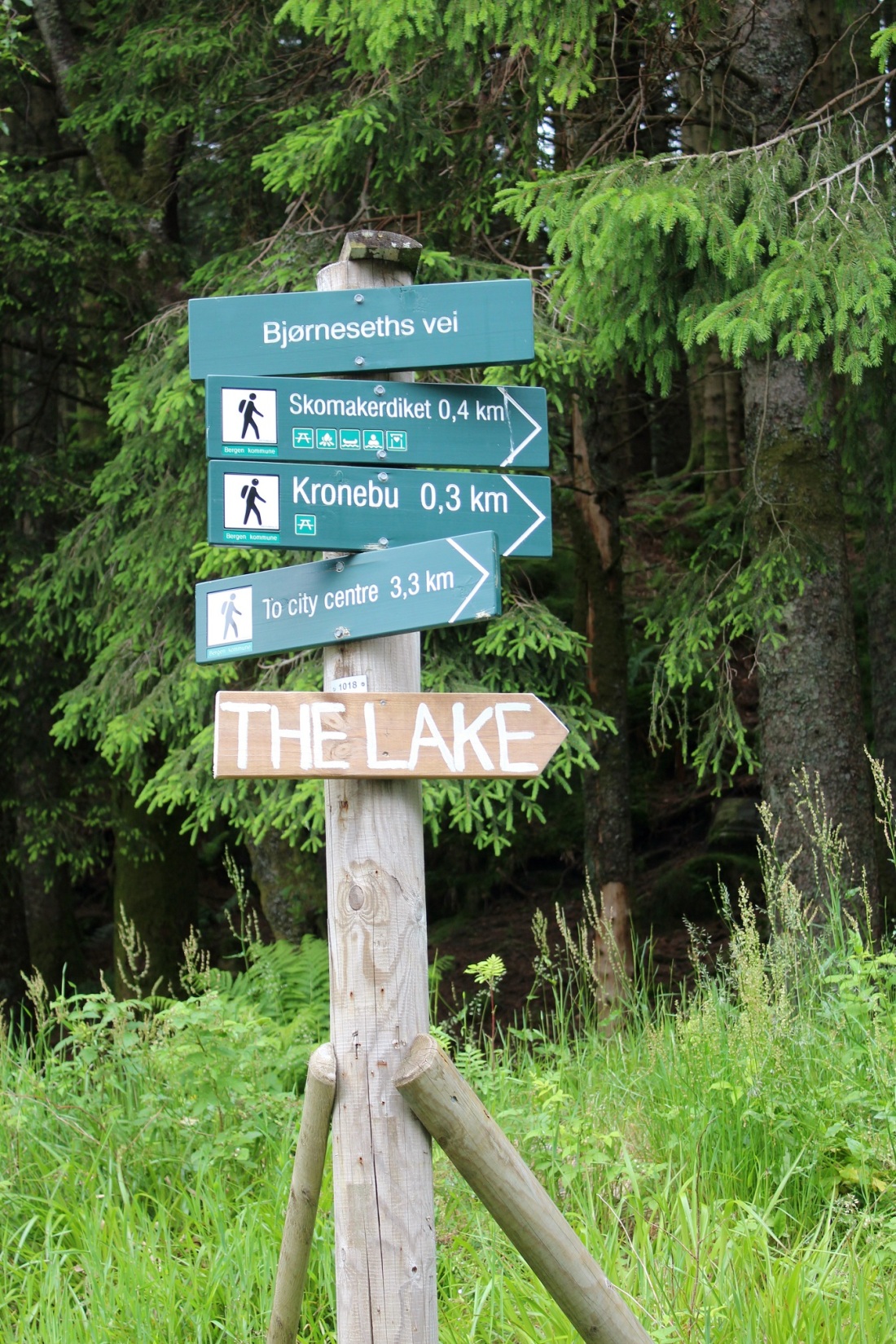 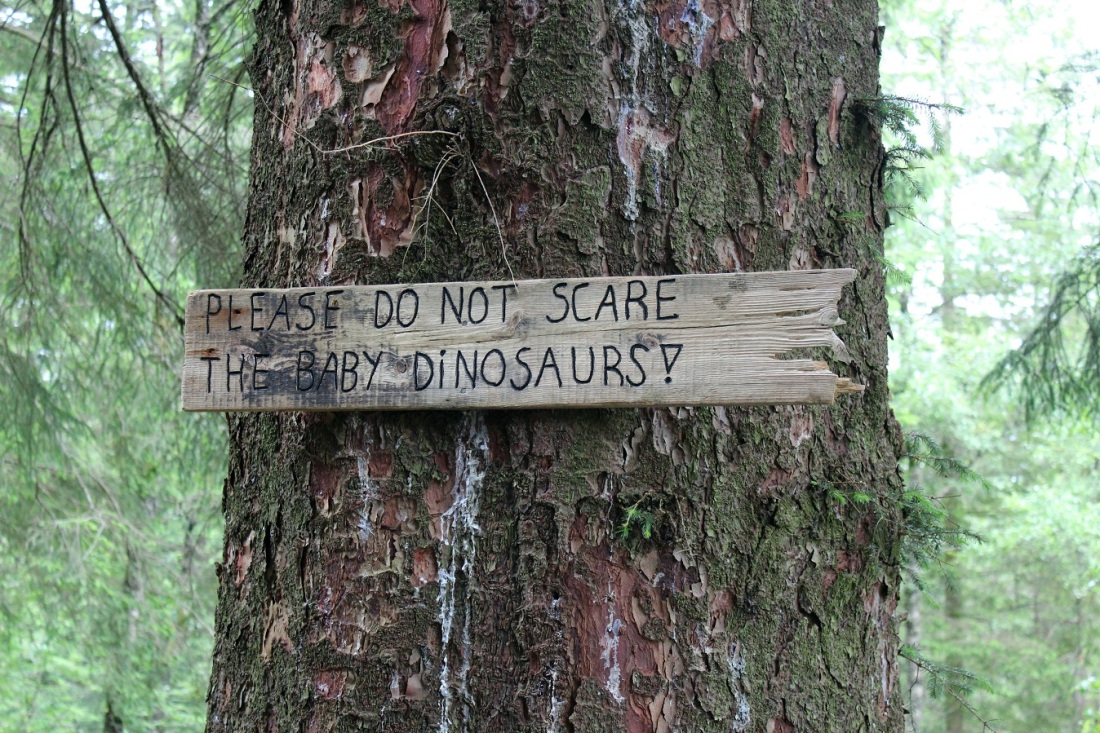 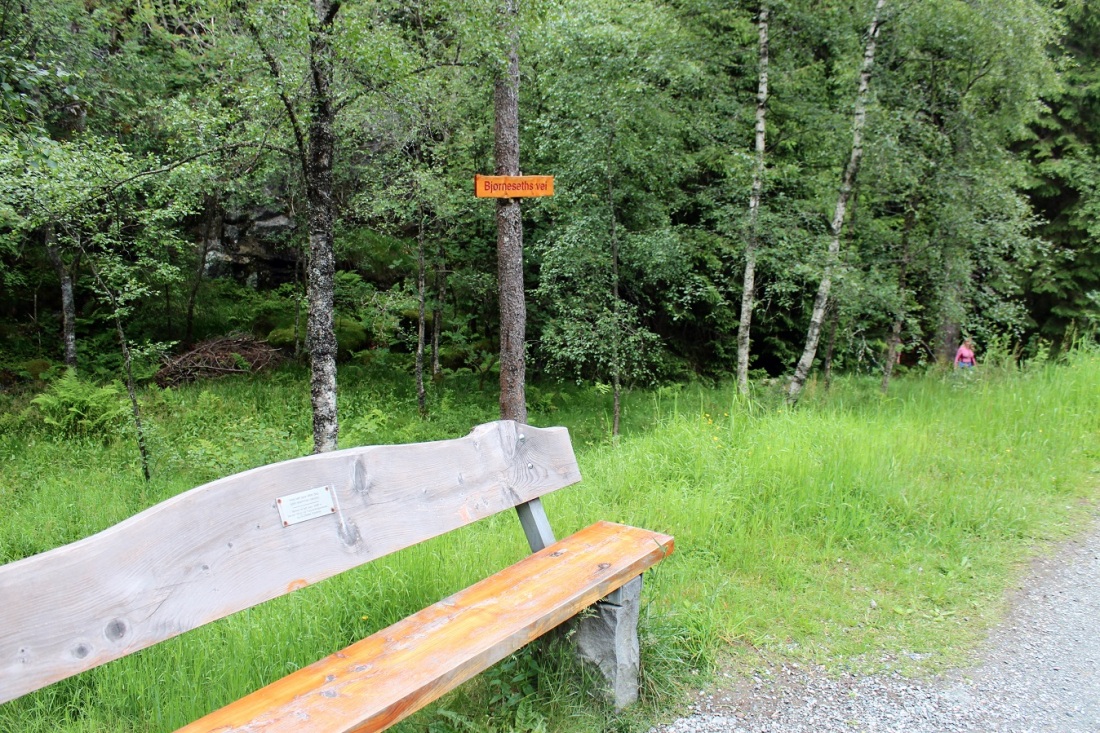 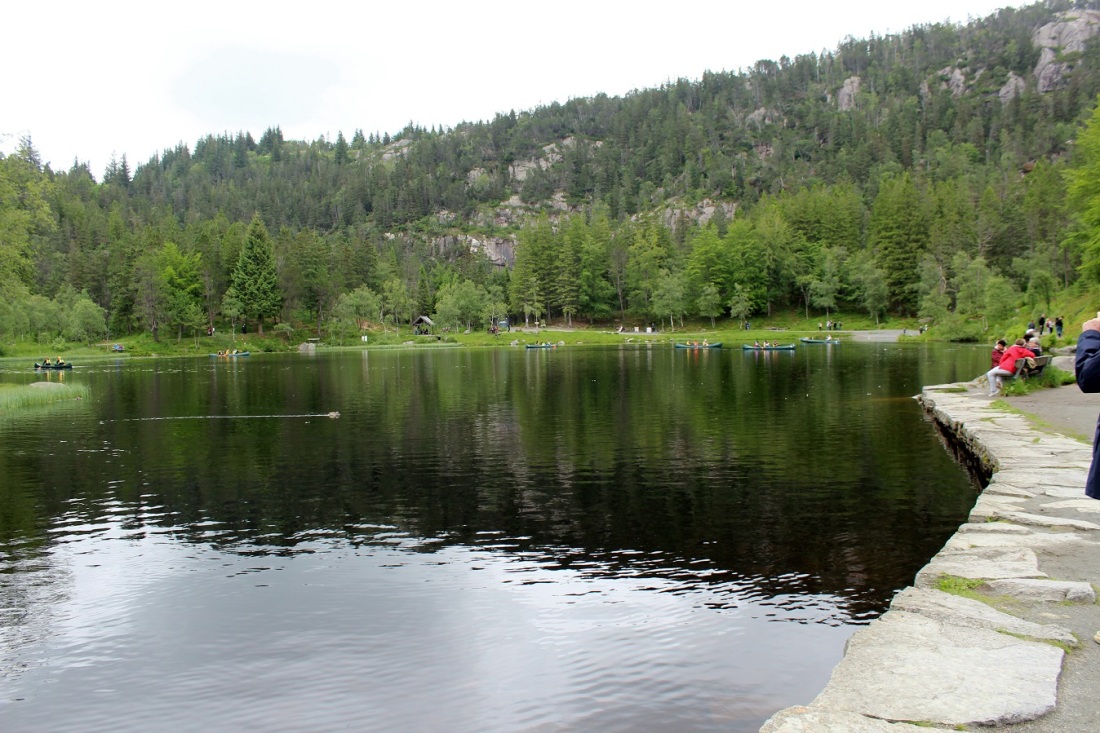 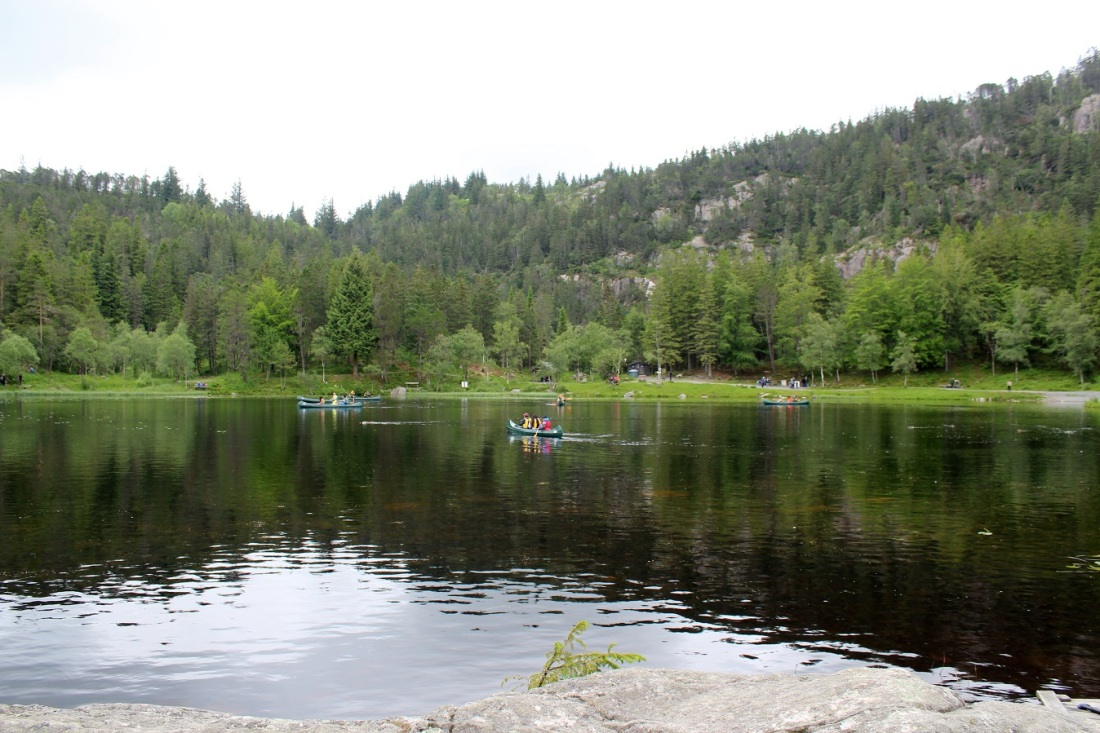 [We’re back to the Bergen overlooks, and the Super has found some goats . . . ]

[Norway is nothing if not altitude changes . . . ] 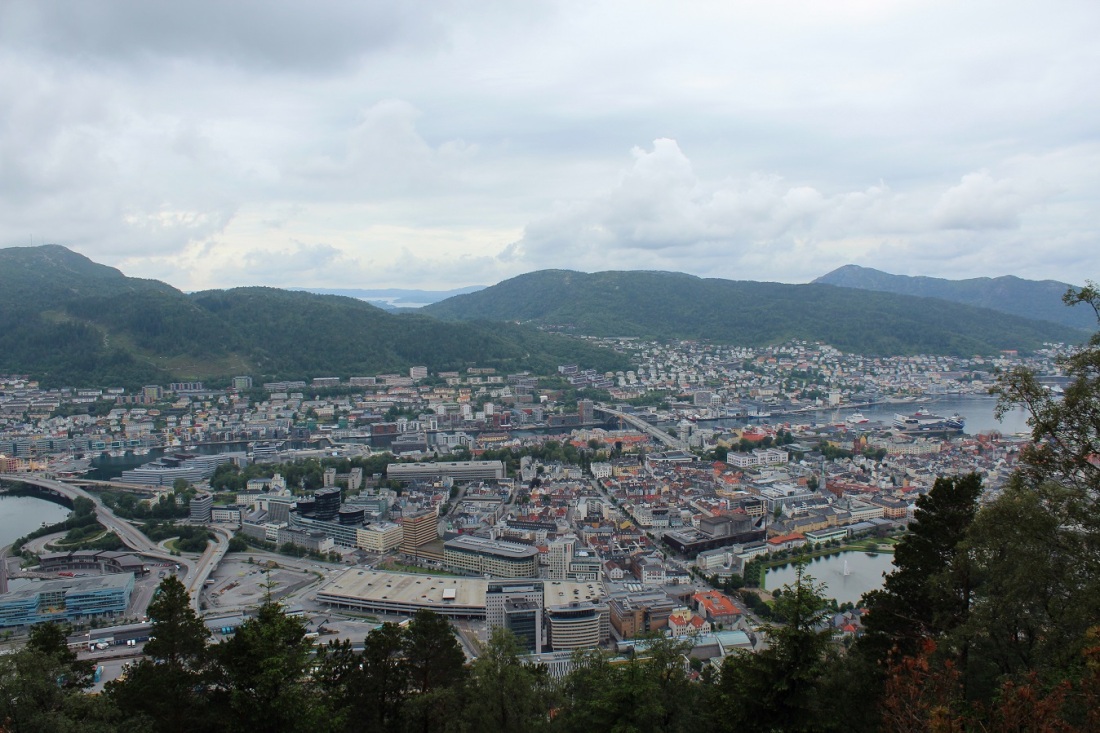 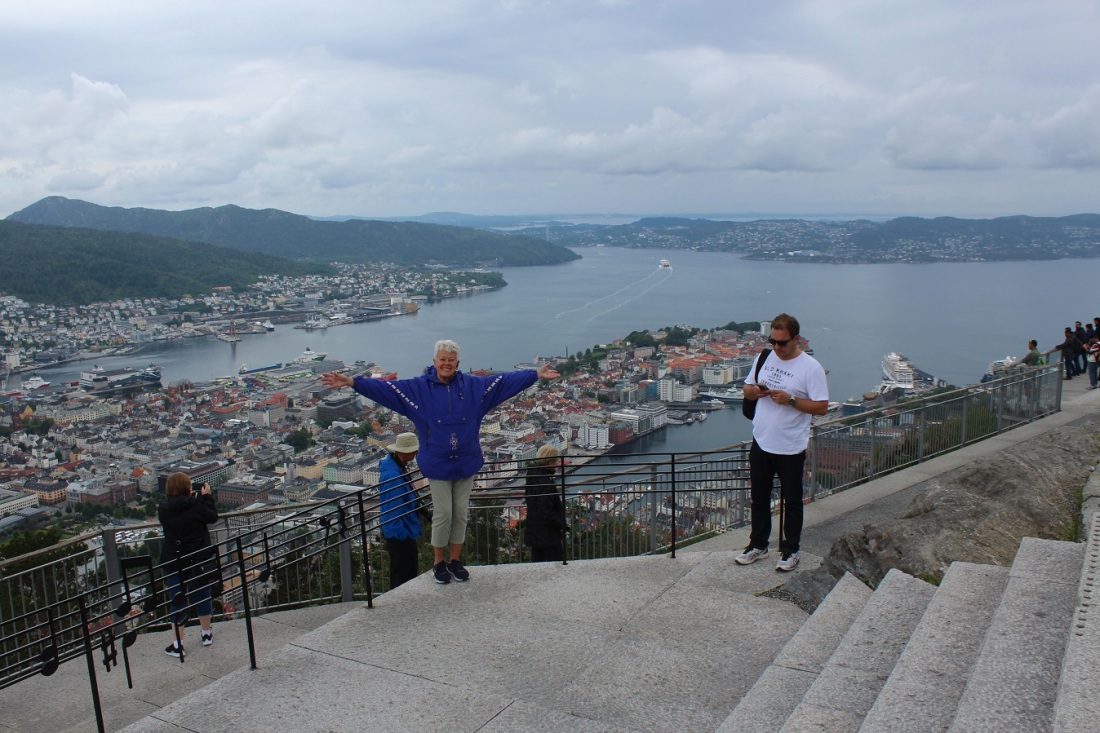 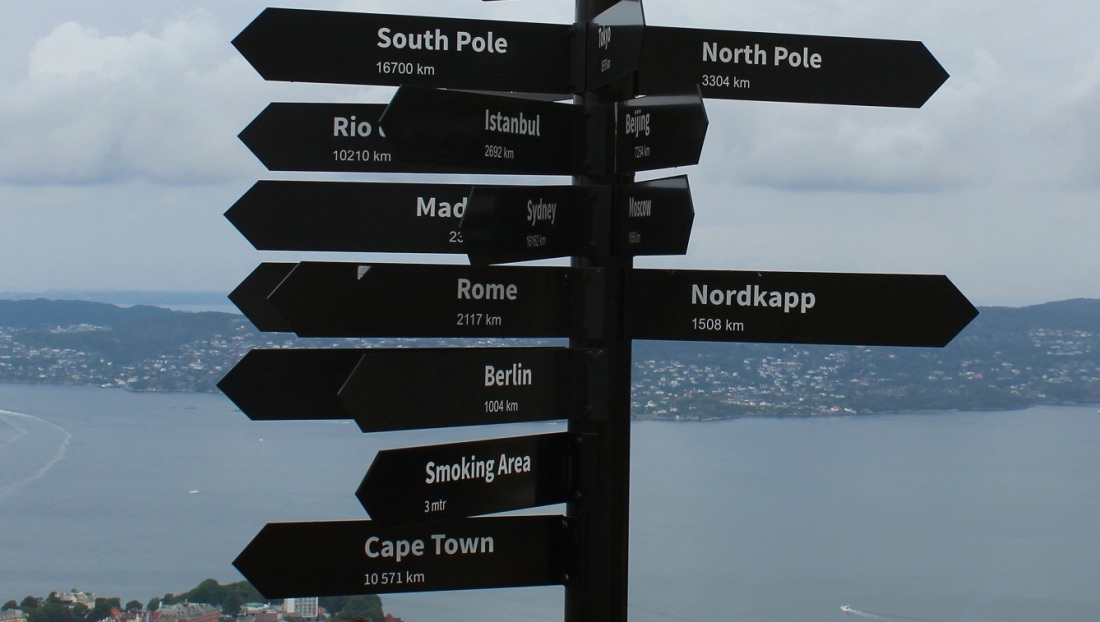 [Or you can always take the switchback roads and trails . . . ]

[And we’re down where the next passengers are waiting to go up . . . ] 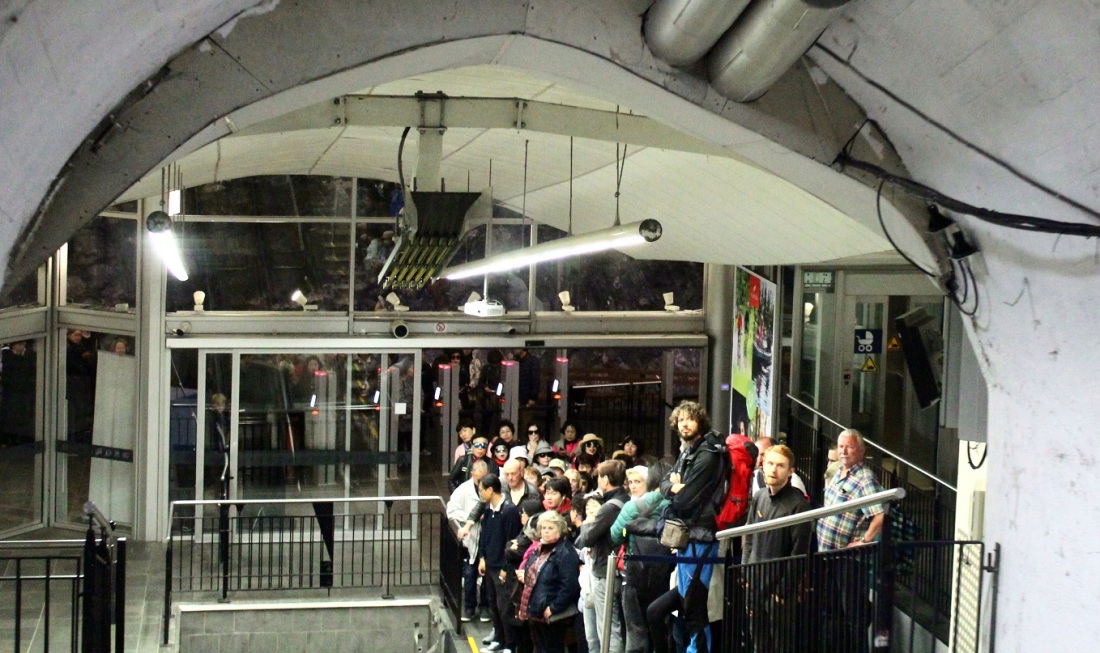 [Next we visited the Schotstuene Museum . . . ] 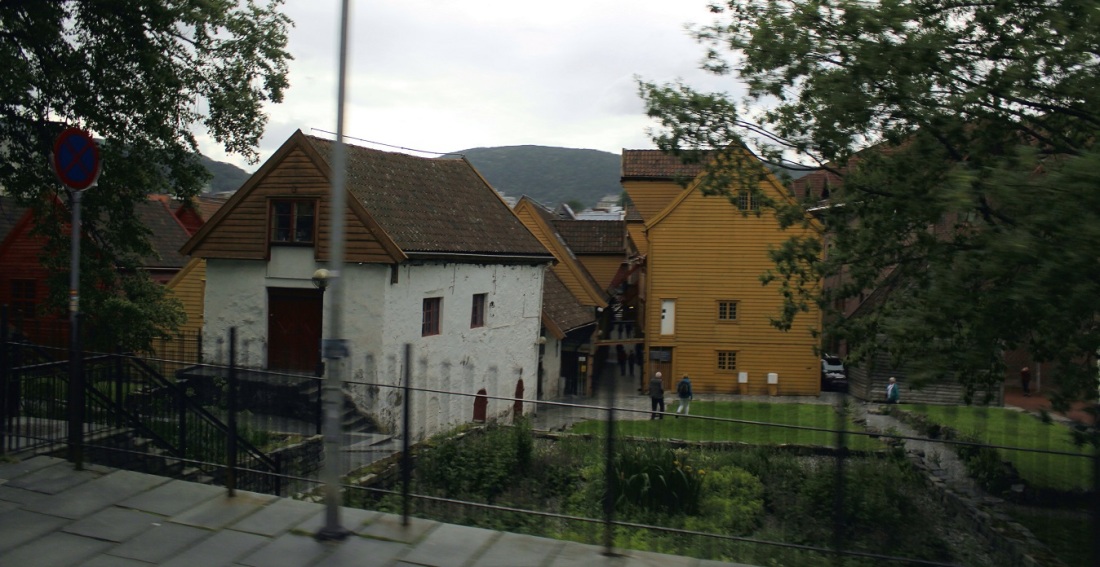 [The main part of the Schotstuene Museum is located in Finnegården, one of the conserved wooden buildings on Bryggen.  The museum covers the Hanseatic League period of time in Bergen.  The German guild of merchants had created an overseas office at Bryggen by 1360.  During the following four centuries, the site consisted of assembly halls for the Hanseatic merchants.  It was forbidden to use fire in the other buildings on Bryggen, hence all cooking of food took place at Schøtstuene, for which the museum is also responsible (Wikipedia).] 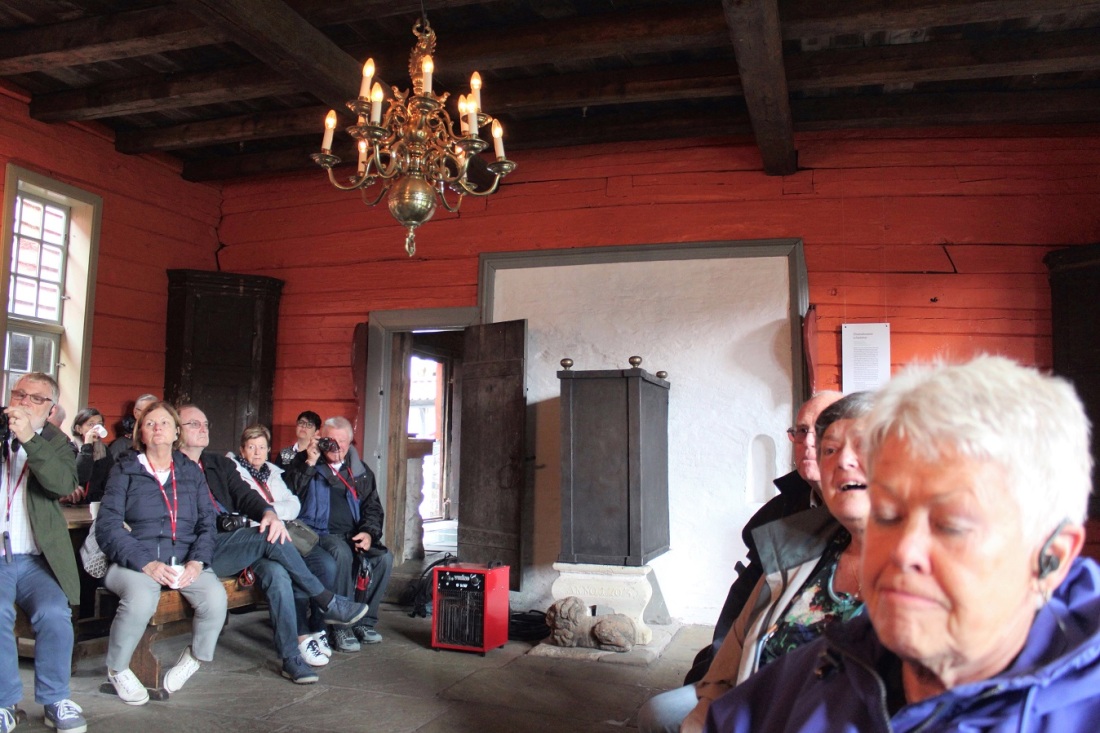 [And some native Norwegian music for our dining and dancing pleasure . . . ] 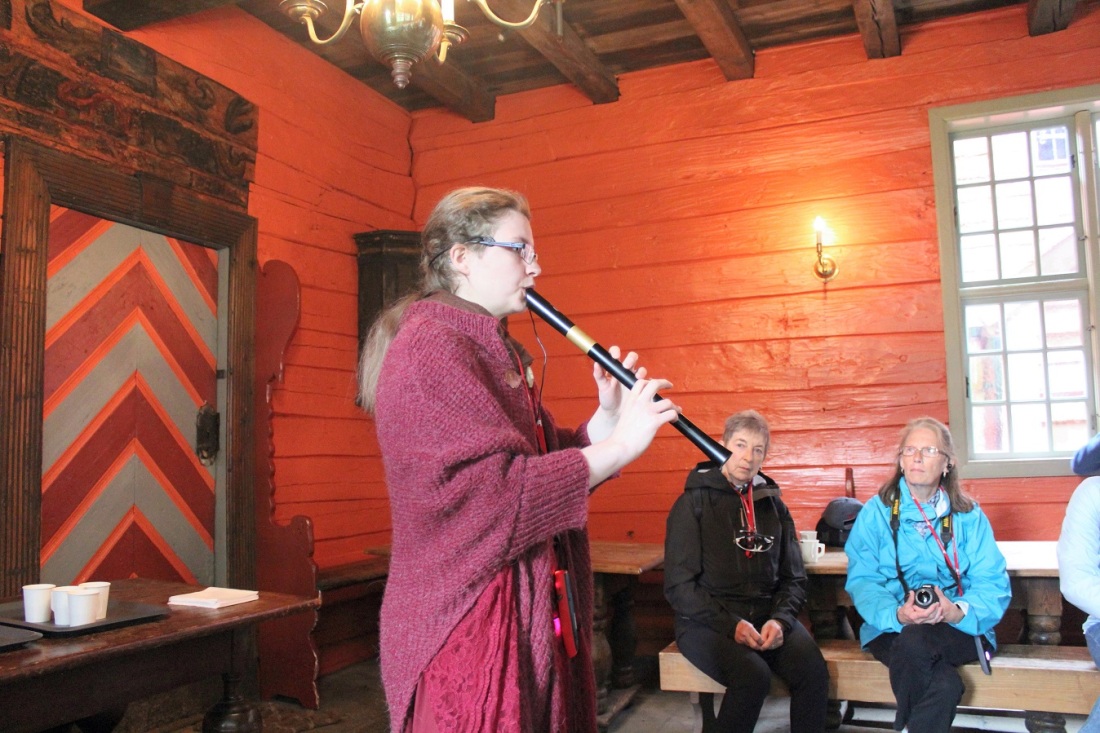 [And we received more history lessons now beyond the realm of my recollections . . . ] 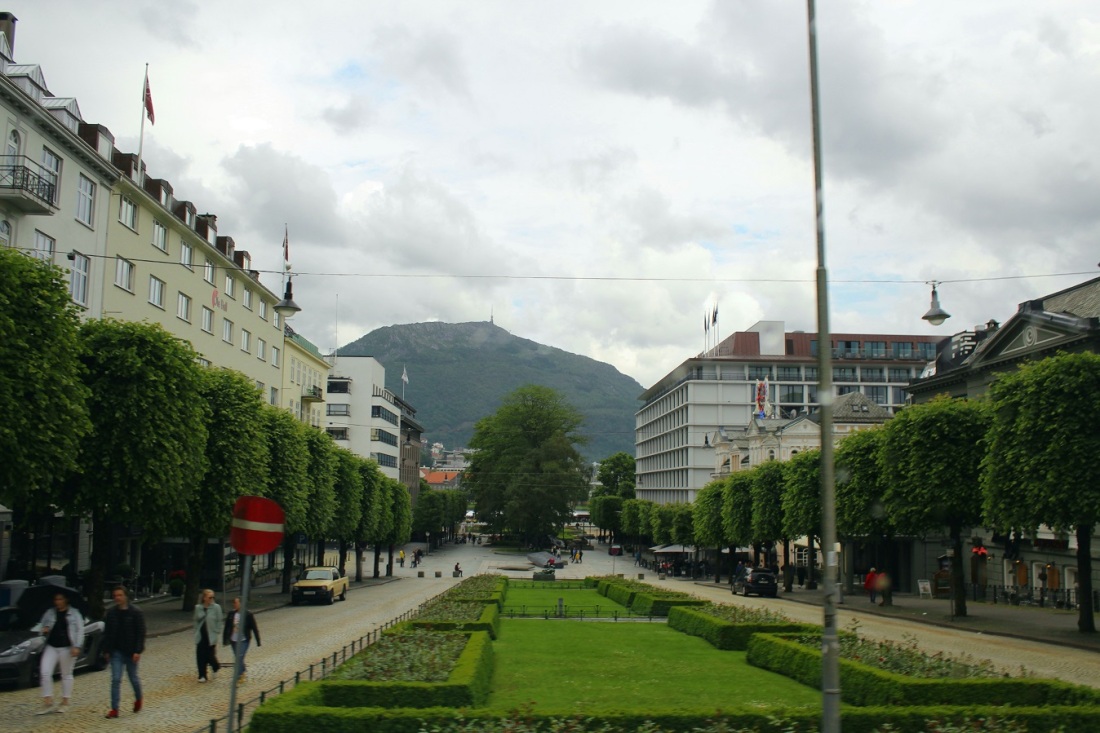 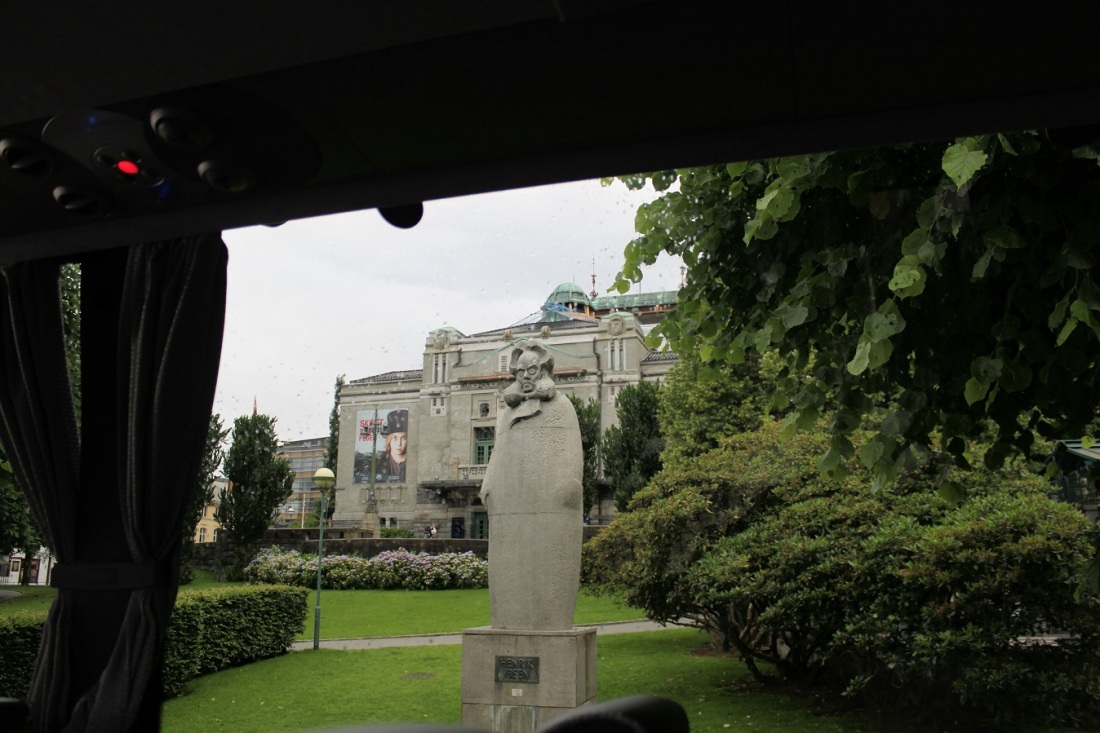 [Bjørnstjerne Martinius Bjørnson (8 December 1832 – 26 April 1910) was a Norwegian writer who received the 1903 Nobel Prize in Literature “as a tribute to his noble, magnificent and versatile poetry, which has always been distinguished by both the freshness of its inspiration and the rare purity of its spirit”, becoming the first Norwegian Nobel laureate.  Bjørnson is considered to be one of The Four Greats (De Fire Store) among Norwegian writers, the others being Henrik Ibsen, Jonas Lie, and Alexander Kielland.  Bjørnson is also celebrated for his lyrics to the Norwegian National Anthem, “Ja, vi elsker dette landet“ (Wikipedia).]

[St. John’s Church is located in the Sydnes area of the city.  The church is one of five churches in Bergen Cathedral parish in the Bergen arch-deanery in the Diocese of Bjorgvin.  The red, brick cruciform church has 1250 seats, making it the largest church in Bergen.  The church was built between 1891 and 1894 in the Gothic Revival style.  It was consecrated on 15 March 1894 (Wikipedia).] 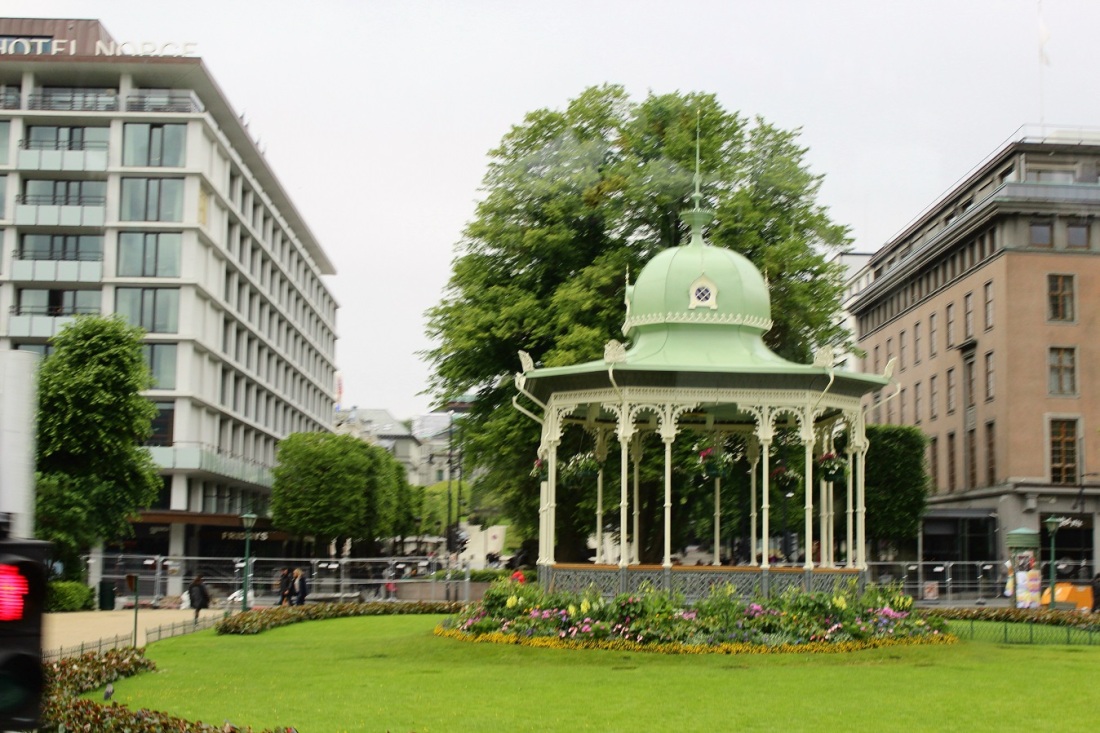 [The royal crest on this building would seem to indicate a royal connection . . . ]

[Bergen Station is the main railway station in the city.  It is located on the east side of the city centre and has four platforms.  The station was opened in 1913, four years after the Bergen Line itself opened (Wikipedia).  As previously noted, where we arrived in the city . . . ]

[Another look at Mt. Ulriken as weather appears to be bearing down . . . ]

[Though Gamlehaugen is not officially a castle, it is known as such to many locals, and the royal family have confused this status even more by using this elegant building as their West Norway residence.  Gamlehaugen was modelled on a Scottish – you guessed it – castle but only built in 1900, though similarly grand manor houses stood in its place at Gamlehaugen for centuries before then.  The fjord view and park, which was also remodelled in 1900, make for beautiful surroundings even on a rainy Bergen day.  Tours of the interior are available during the summer.  Gamlehaugen is roughly an hour’s walk from the city centre or easily reachable by car (https://theculturetrip.com/europe/norway/articles/the-most-beautiful-buildings-in-bergen/).]

[And now returning to the ship and the cruise will finally begin!] 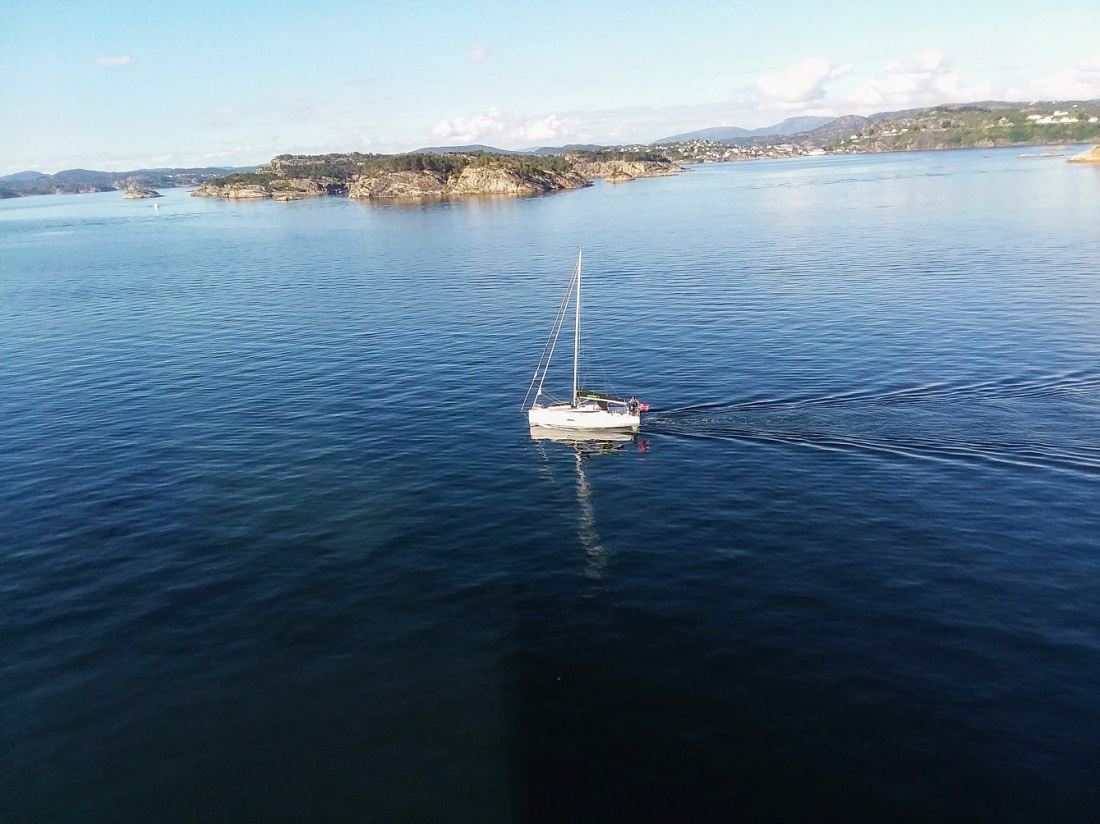 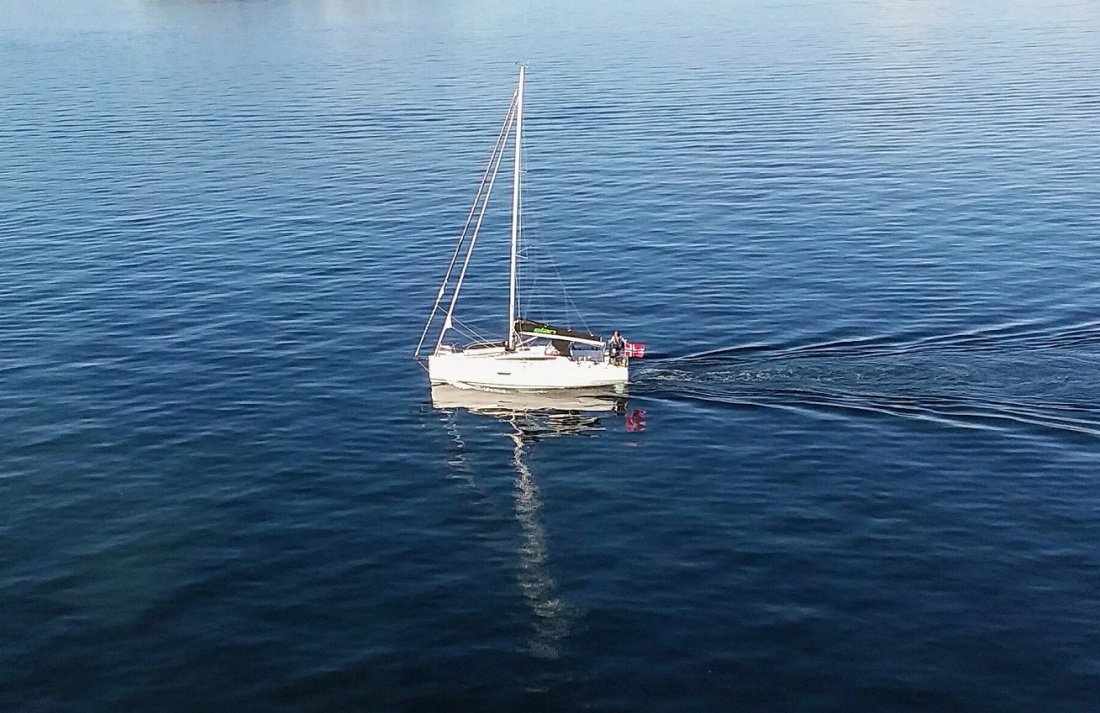 [And finally, fine dining at its finest!] 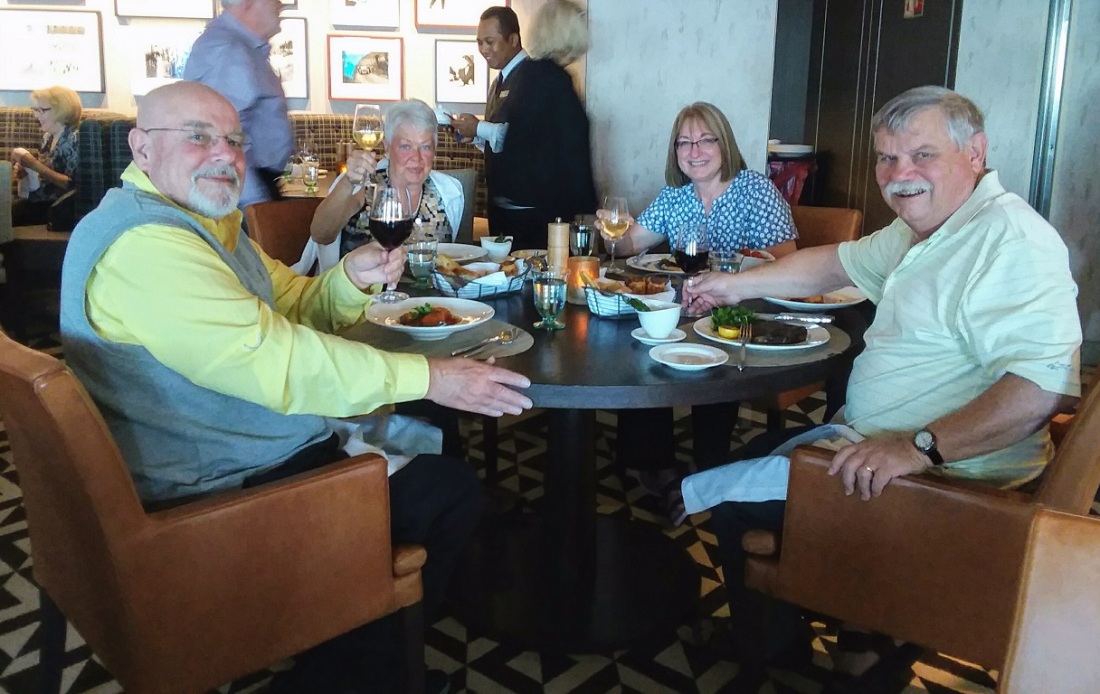 [Then past the piano player in the atrium on the way to our rooms.  See you in Geiranger next!]

What business has science and capitalism got, bringing all these new inventions into the works, before society has produced a generation educated up to using them!  ~ Henrik Ibsen