When last we left you we were wending our way back down the hill to the village of Geiranger.  Once there, we had lunch and prepared for an afternoon bus tour . . .

[Geiranger Church (Geiranger kyrkje) is a parish church of the Church of Norway in Stranda Municipality.  It is located in the village of Geiranger, and the end of the famous Geirangerfjorden.  The white, wooden church was built in a octagonal style in 1842 by the architect Hans Klipe.  The church seats about 165 people (Wikipedia).]

[I can best describe this as pleasingly pleasant . . . ]

[Our destination is in sight.  The number of tourists who arrived in those buses far exceeds the population of the village . . . ] 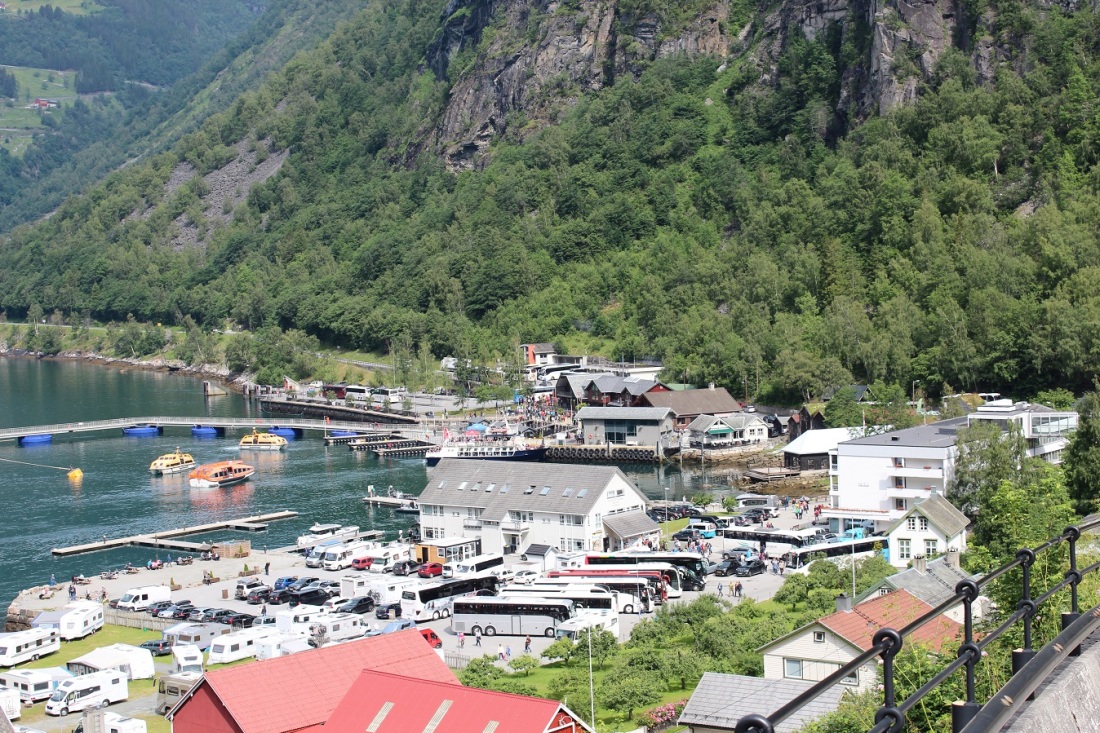 [Looking back up, there’s not a lot of flat grazing ground around here . . . ] 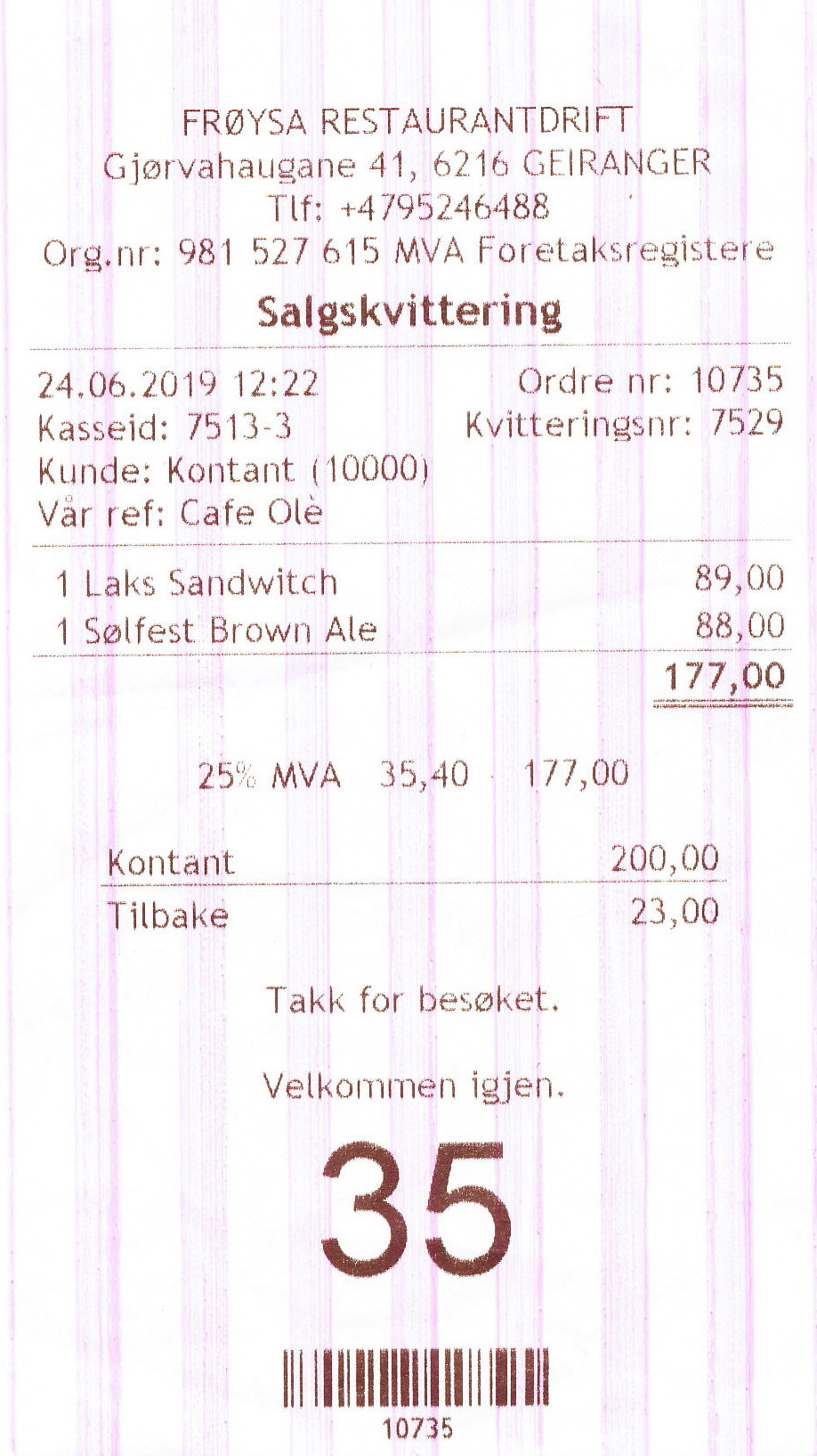 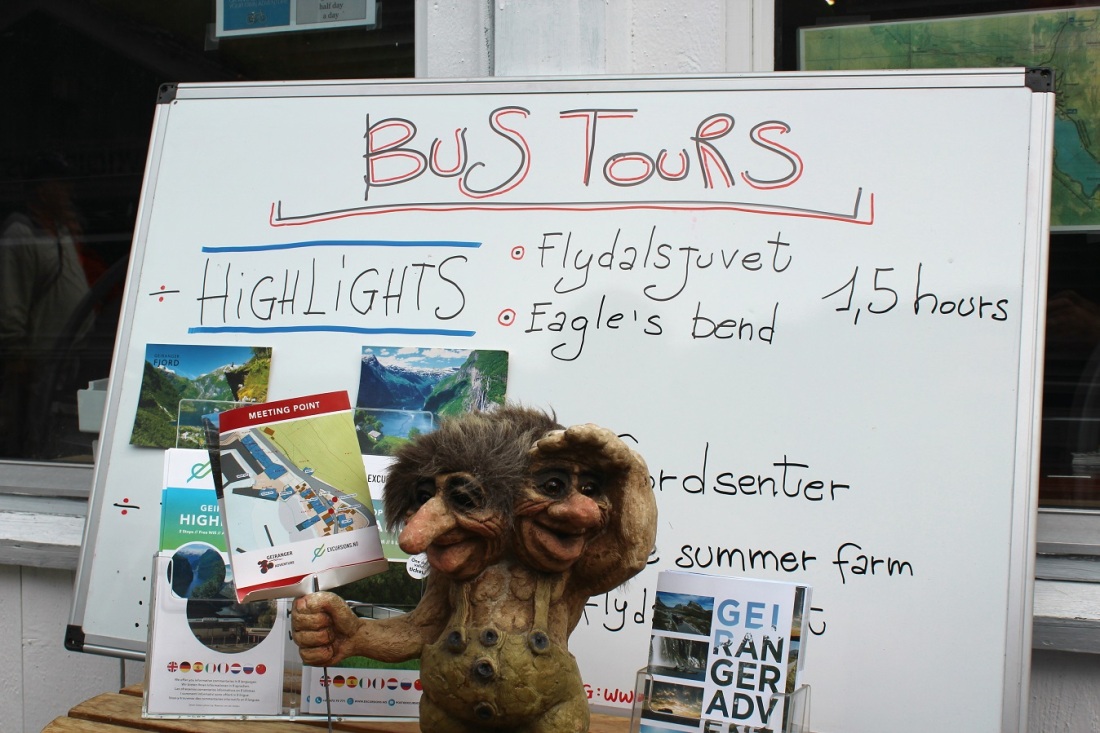 [There were lots of people leading to some confusion, of course, as to where one should be standing . . . ]

[Eventually were we off on the Eagles Bend Overlook & Panoramic Tour . . . ]

[Driving up through 11 breathtaking hairpin turns . . . ]

[Quite the view – notice the little runabout at the bottom of the picture?] 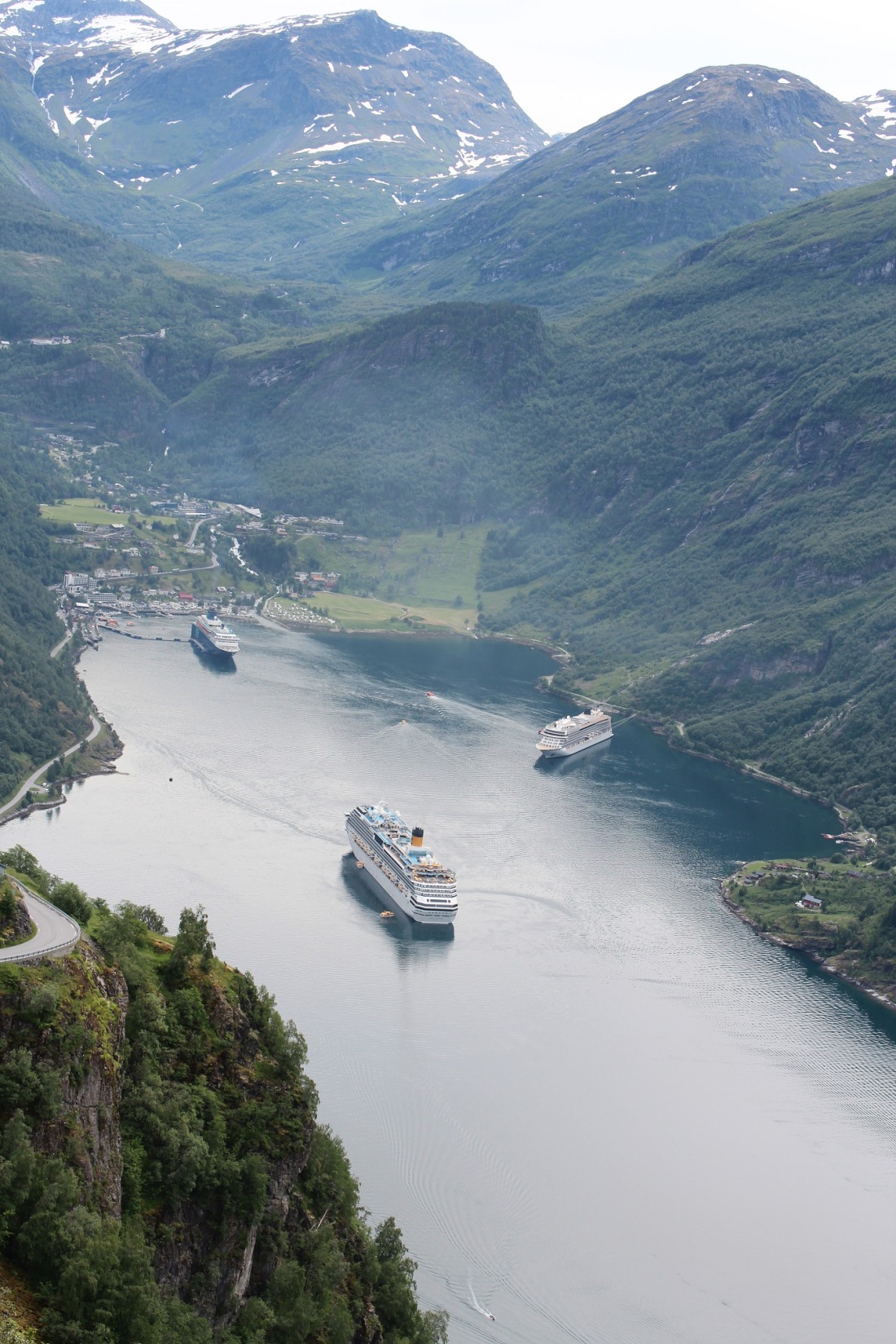 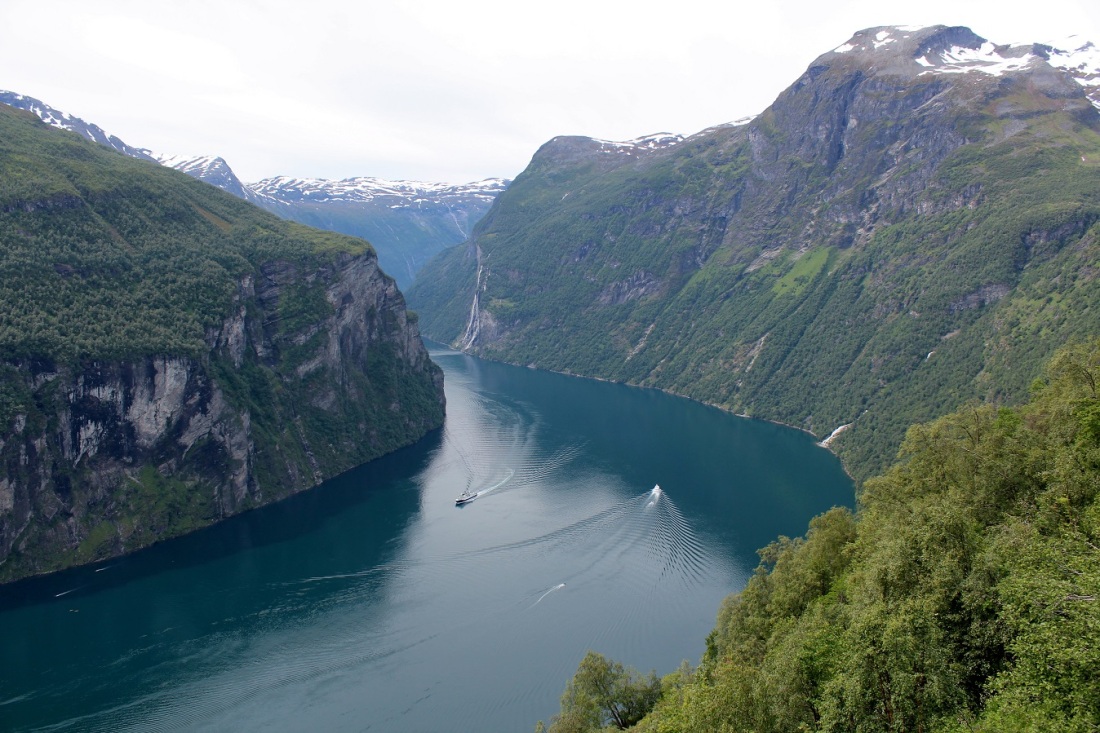 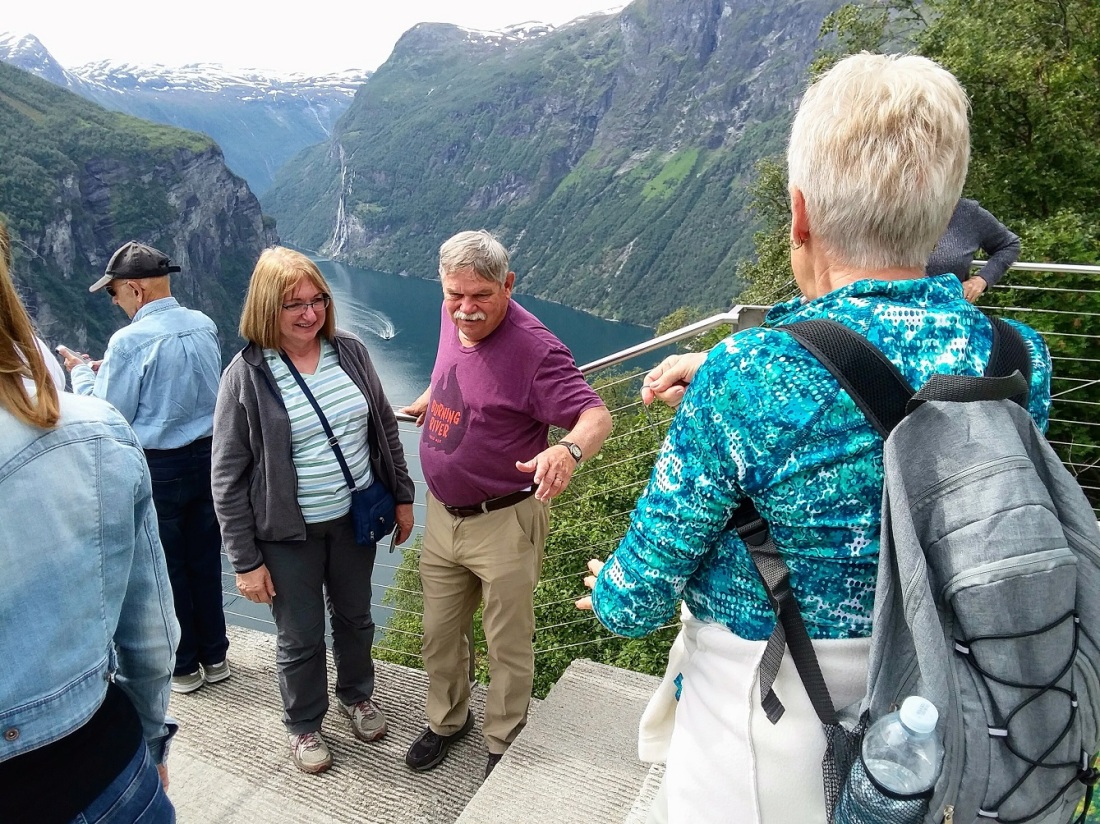 [One wonders just how this can handle a million tourists a year?]

[But I can certainly understand why a million tourists would want to come here . . . ] 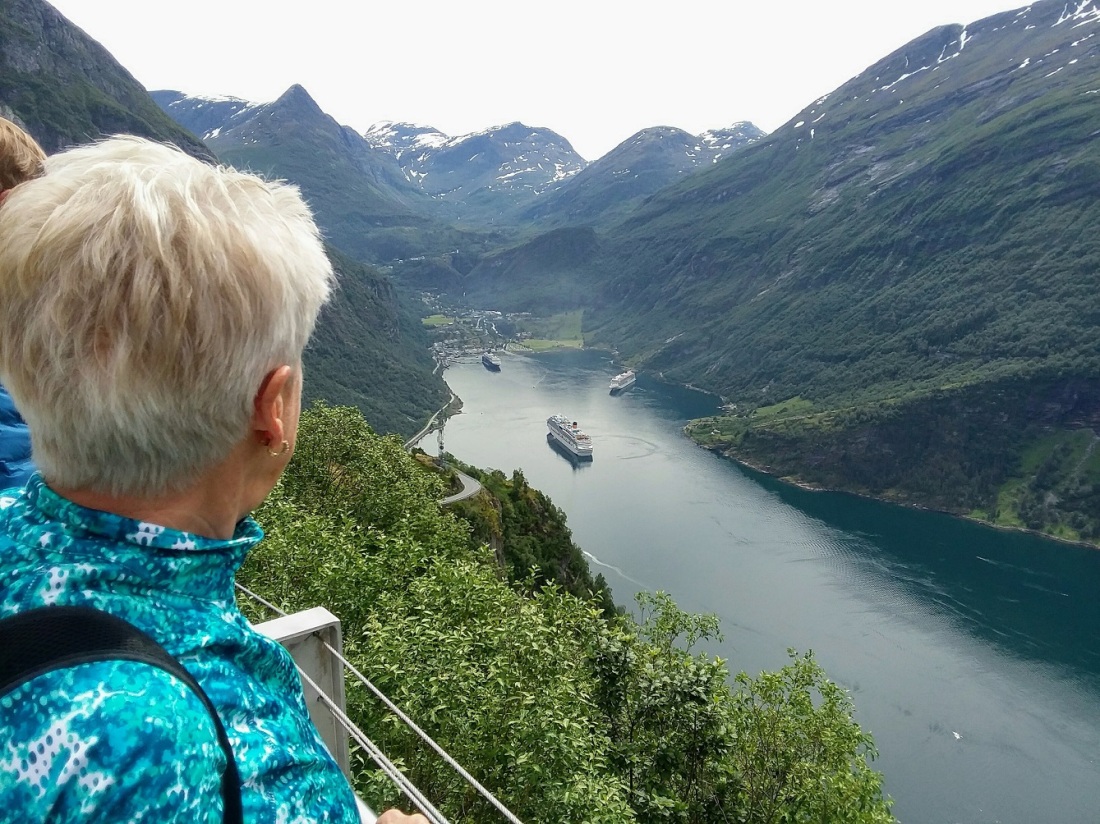 [Ladies and gentemen, allow me to present the wonders of Geiranger . . . ]

[These appear to be Moss Campion, a native wildflower . . . ]

[These appear to be shots through the bus window as we’re heading down . . . ] 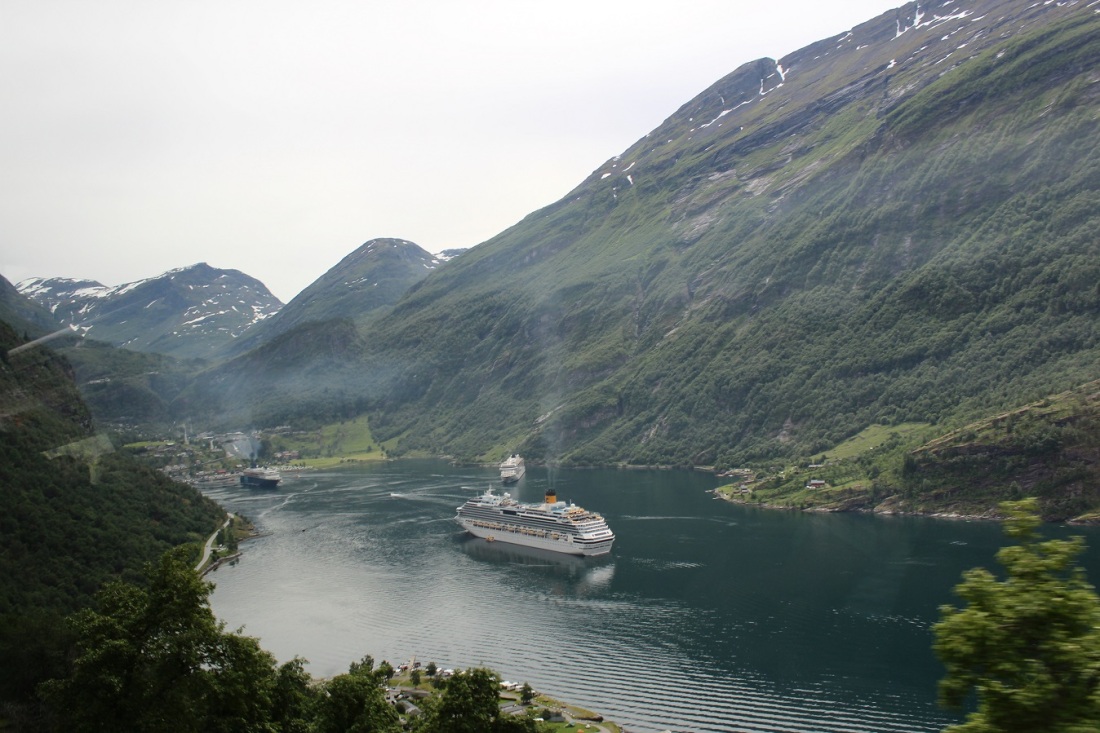 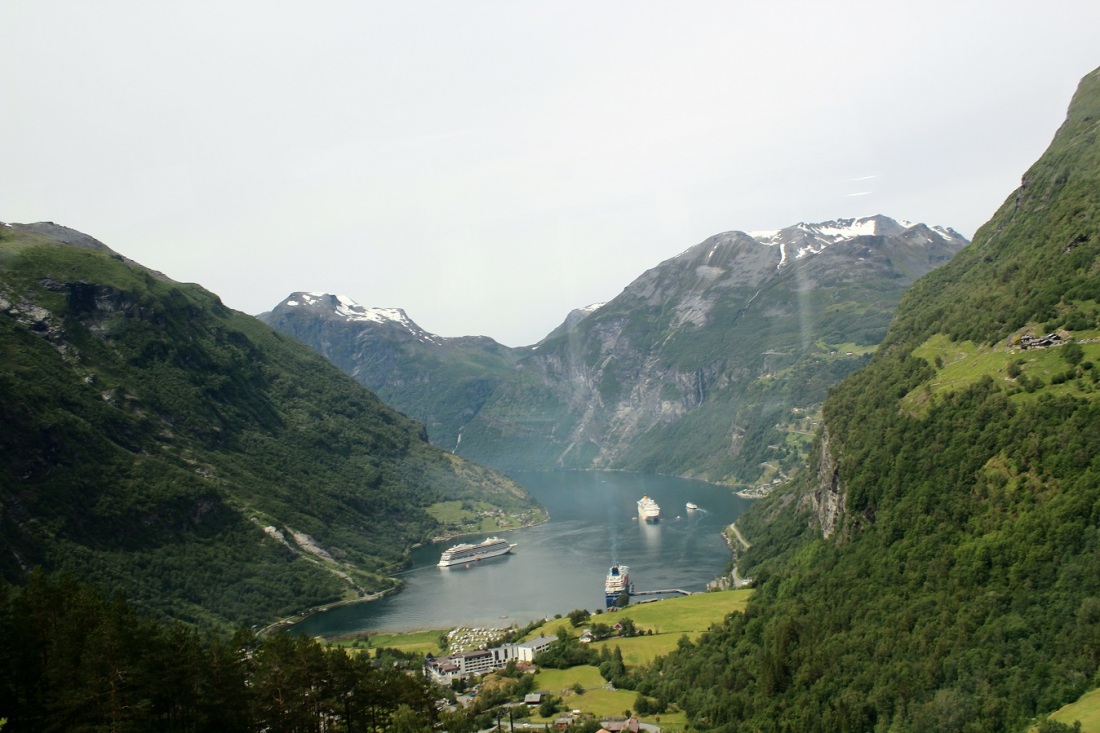 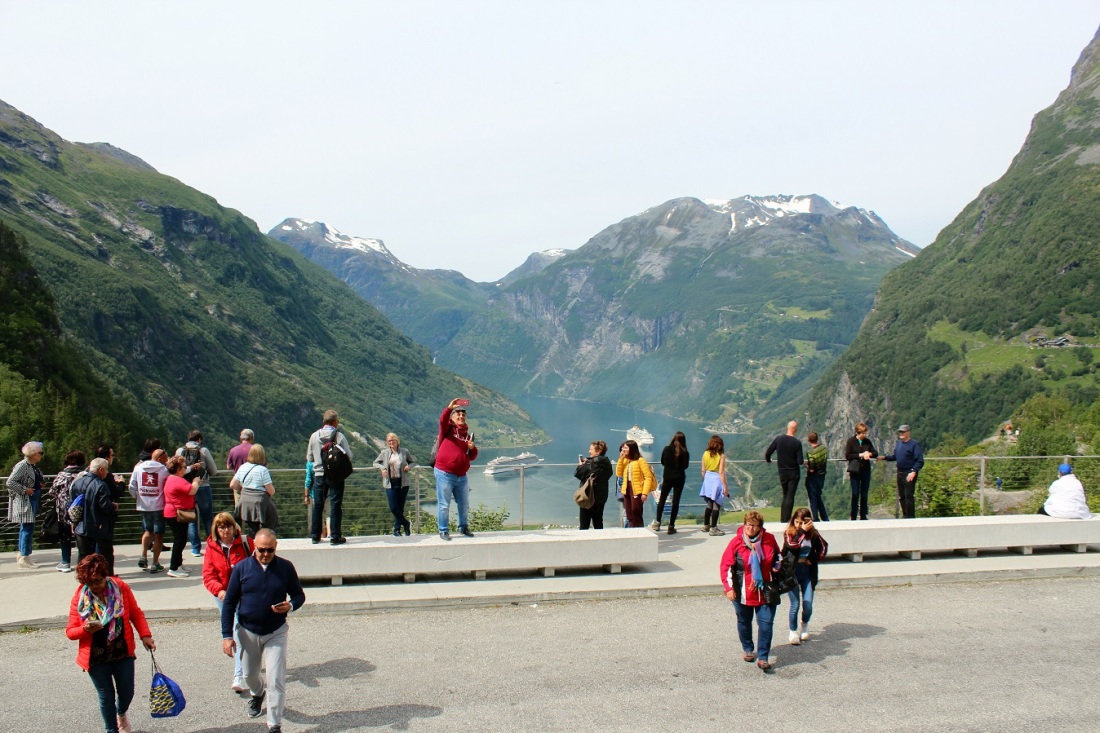 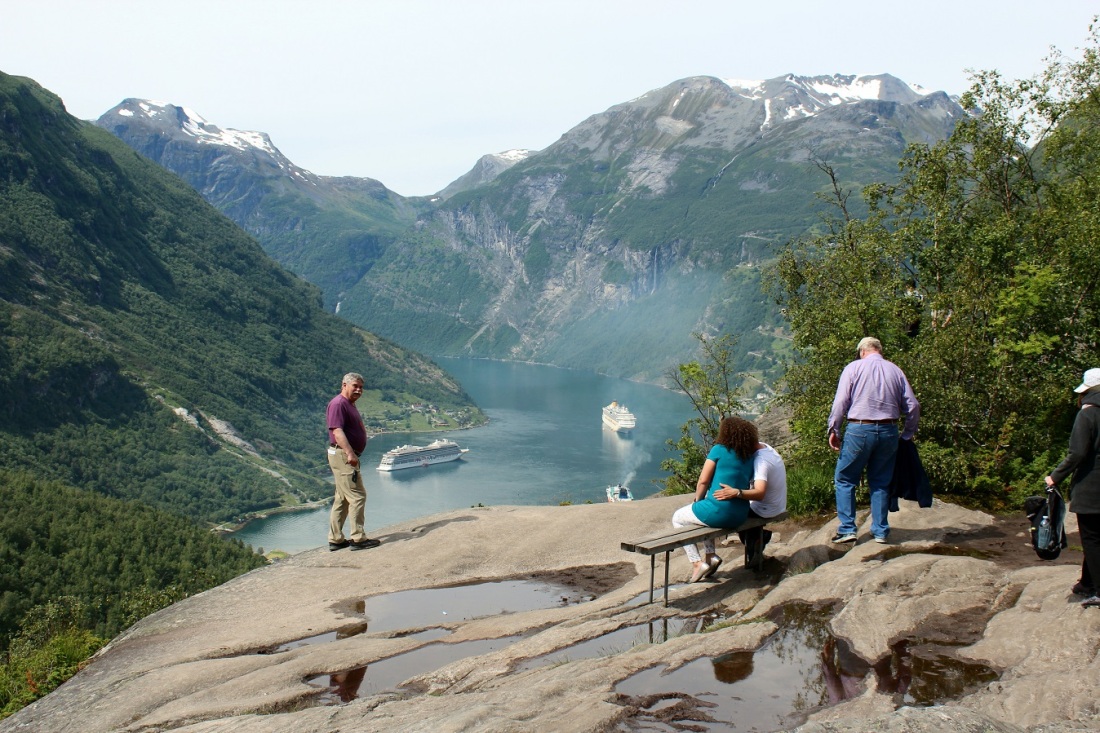 [So I don’t understand why the Super kept asking me to back up a couple more steps?] 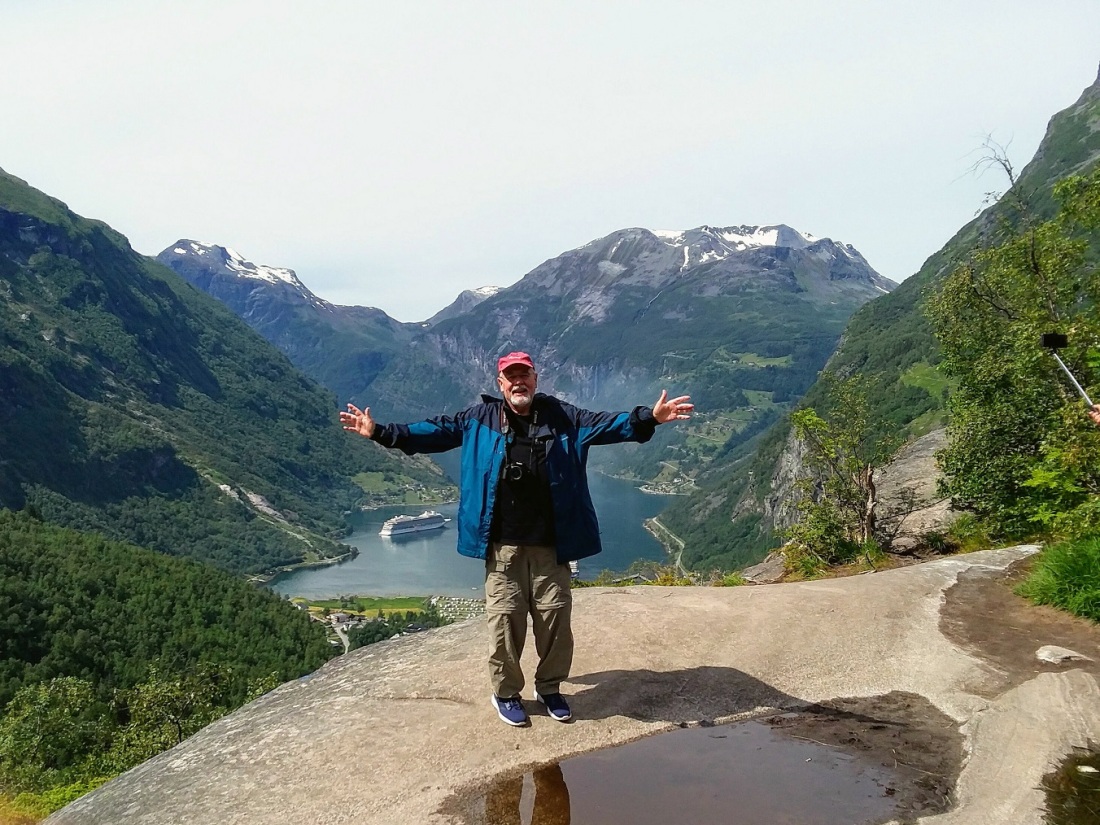 [The view of us.  We did have a beautiful day here.  I noted our guide a couple times in Part 1, but somehow never got a photo of her.  She grew up in Geiranger, but the school system only goes to 8th grade.  She had to go “over the fjords and through the mountains” to high school – so not close to home.  She’s a college student now and tour guides as a summer job . . . ] 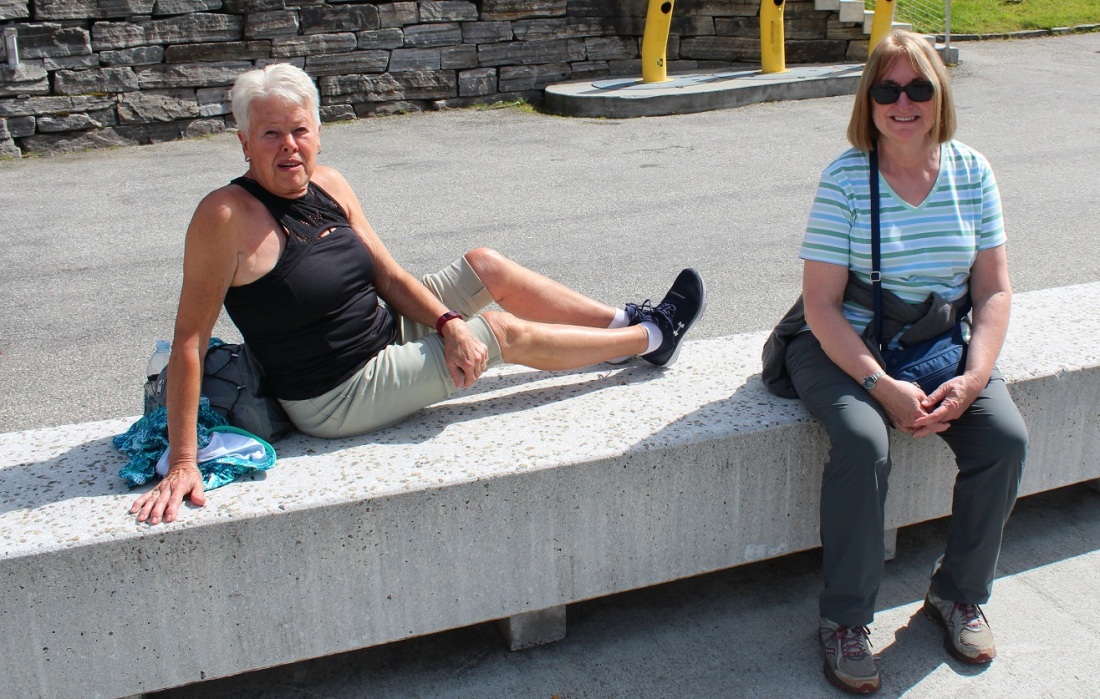 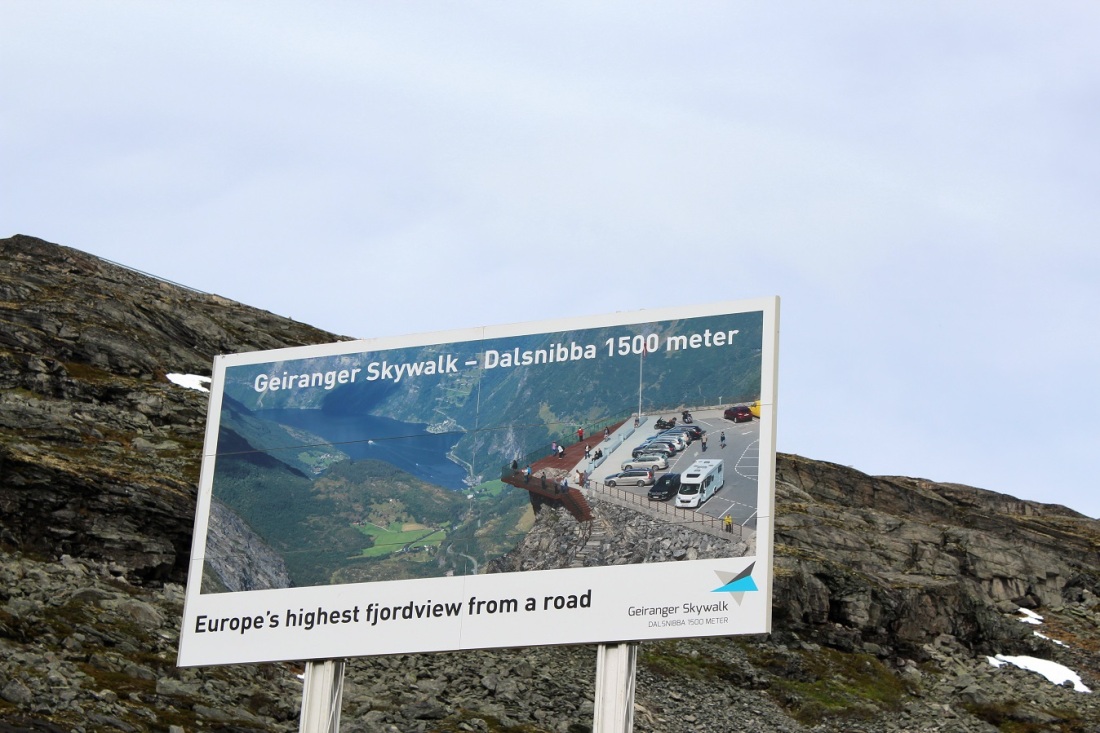 [Then through green Flydal Valley to the high mountain plateau at Djupvatn Lake . . . ] 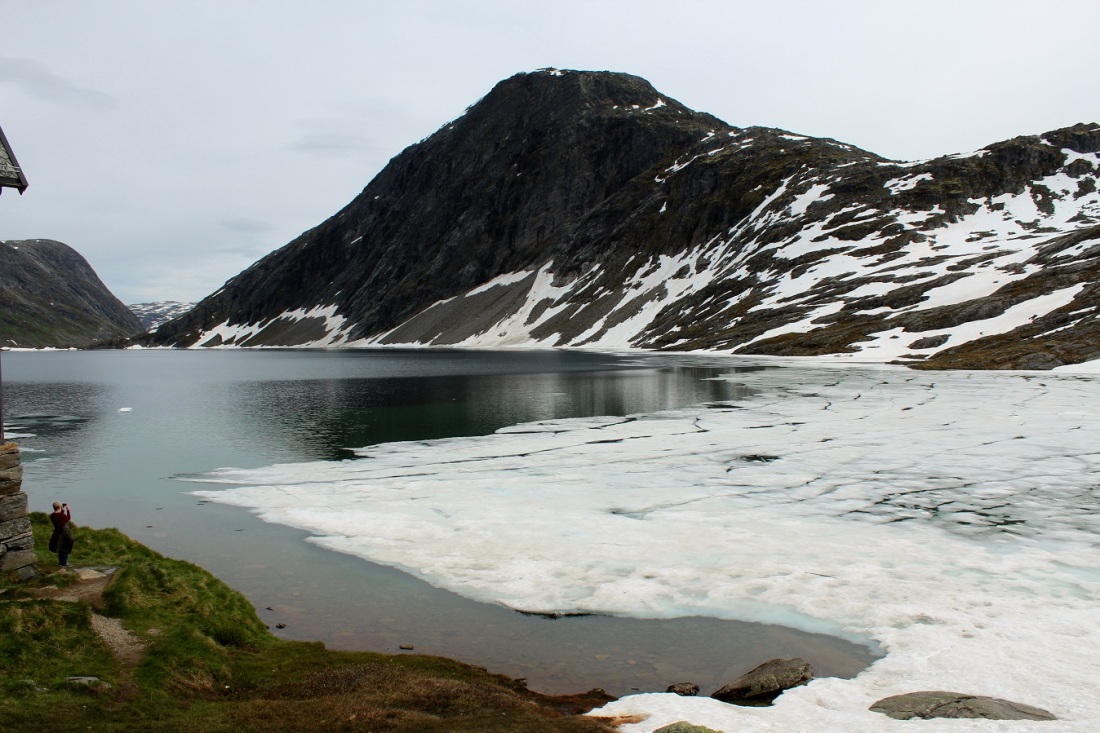 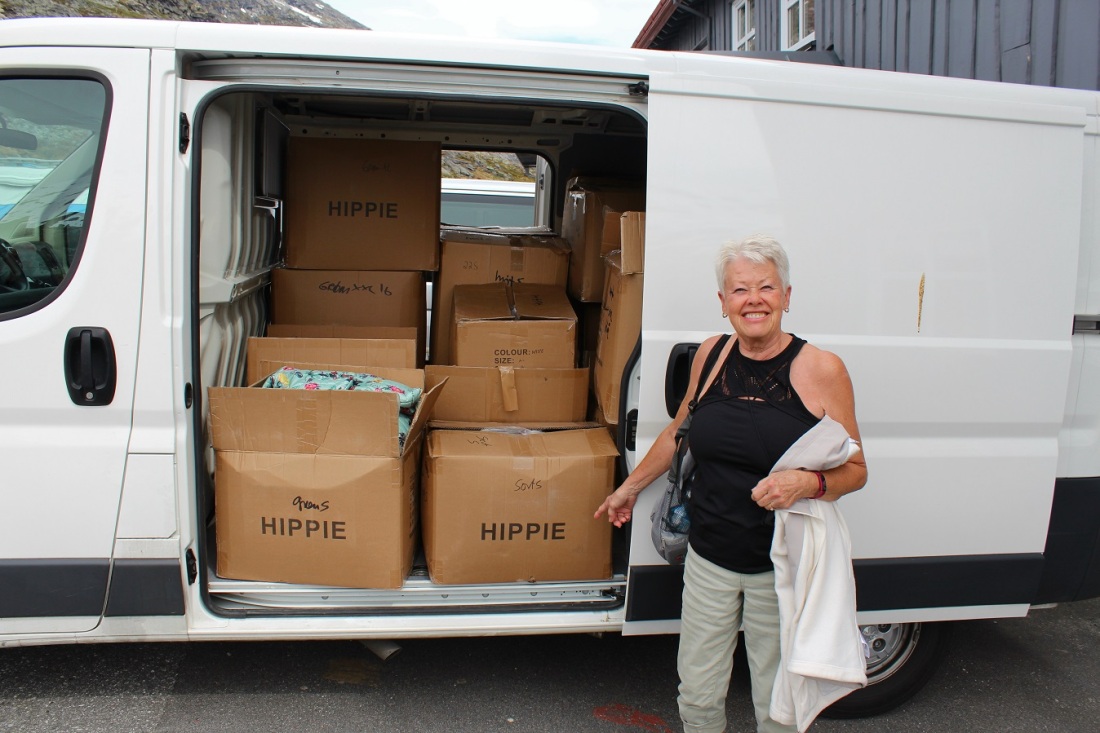 [But it was calm and the temperature comfortable – Bill’s in short sleeves . . . ] 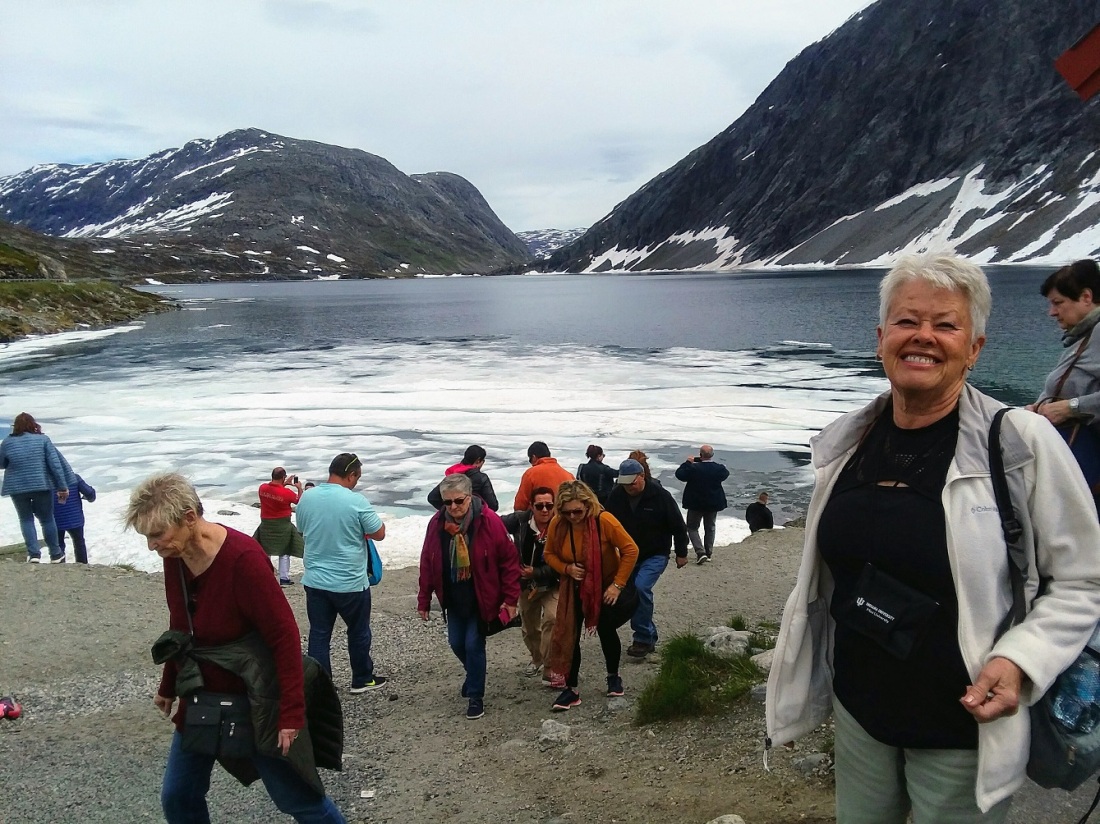 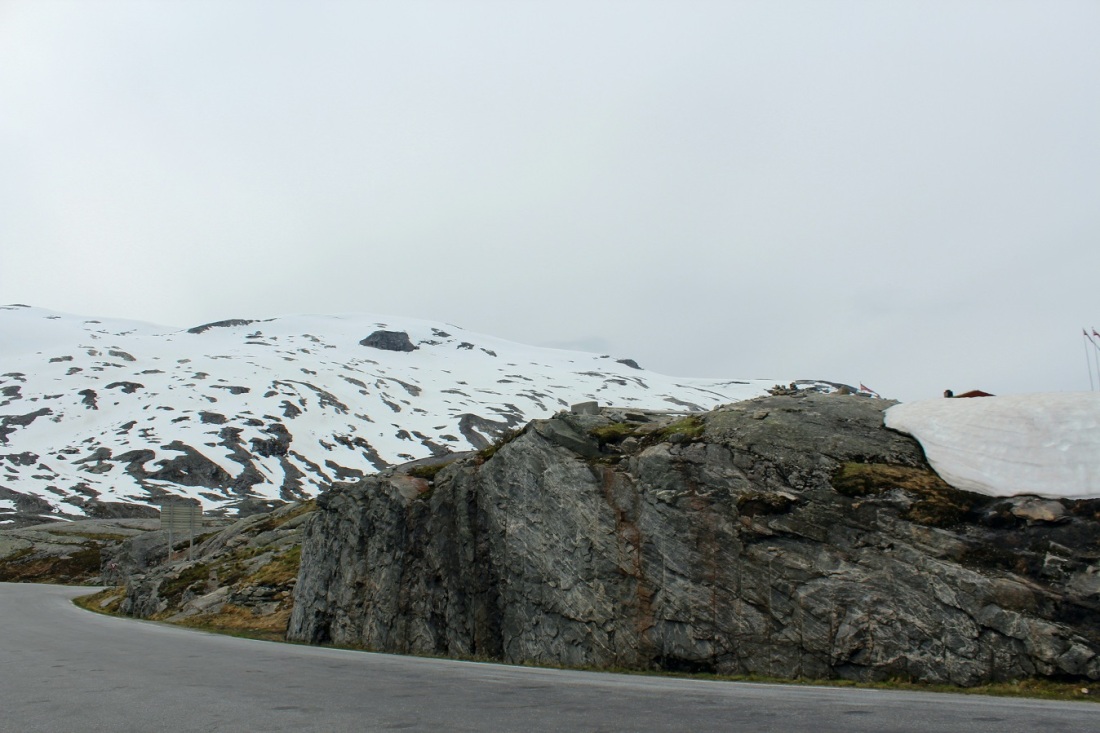 [Oh, and I’m in short sleeves too.  Obviously someone outside our group took this . . . ] 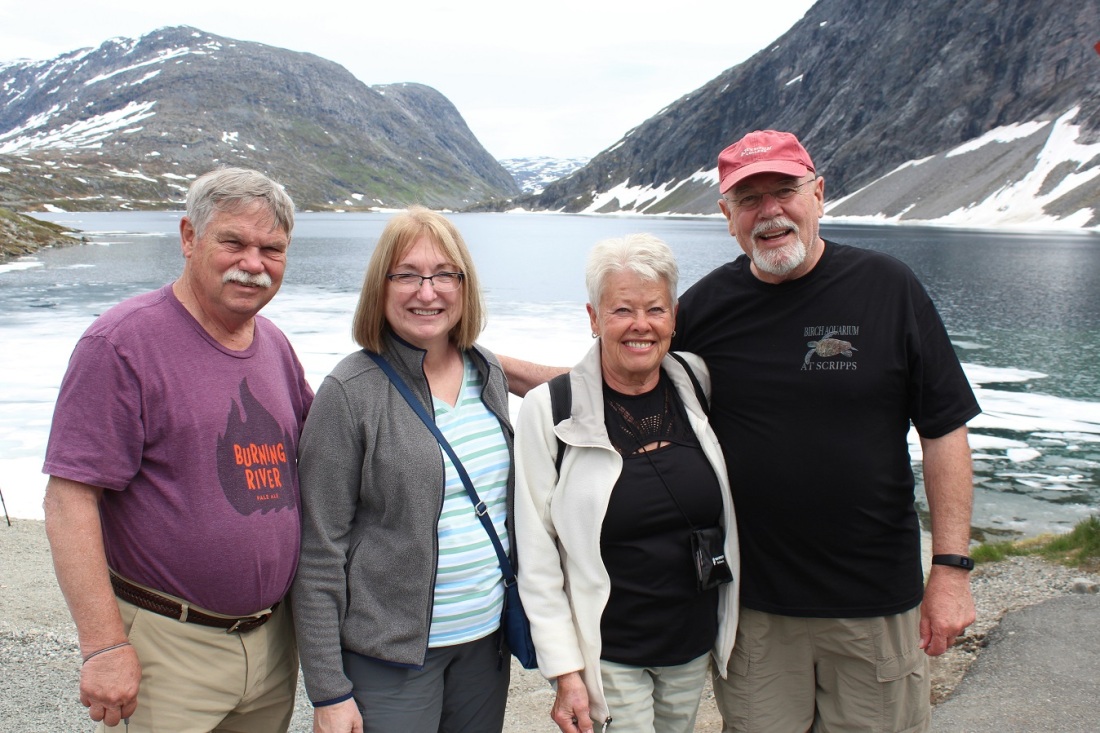 [These were storage huts – but I can’t remember if they were for winter feed or winter sand . . . ]

[And we begin to leave stunningly beautiful Geiranger behind . . . ]

[Passing the waterfalls we passed coming in in the morning . . . ] 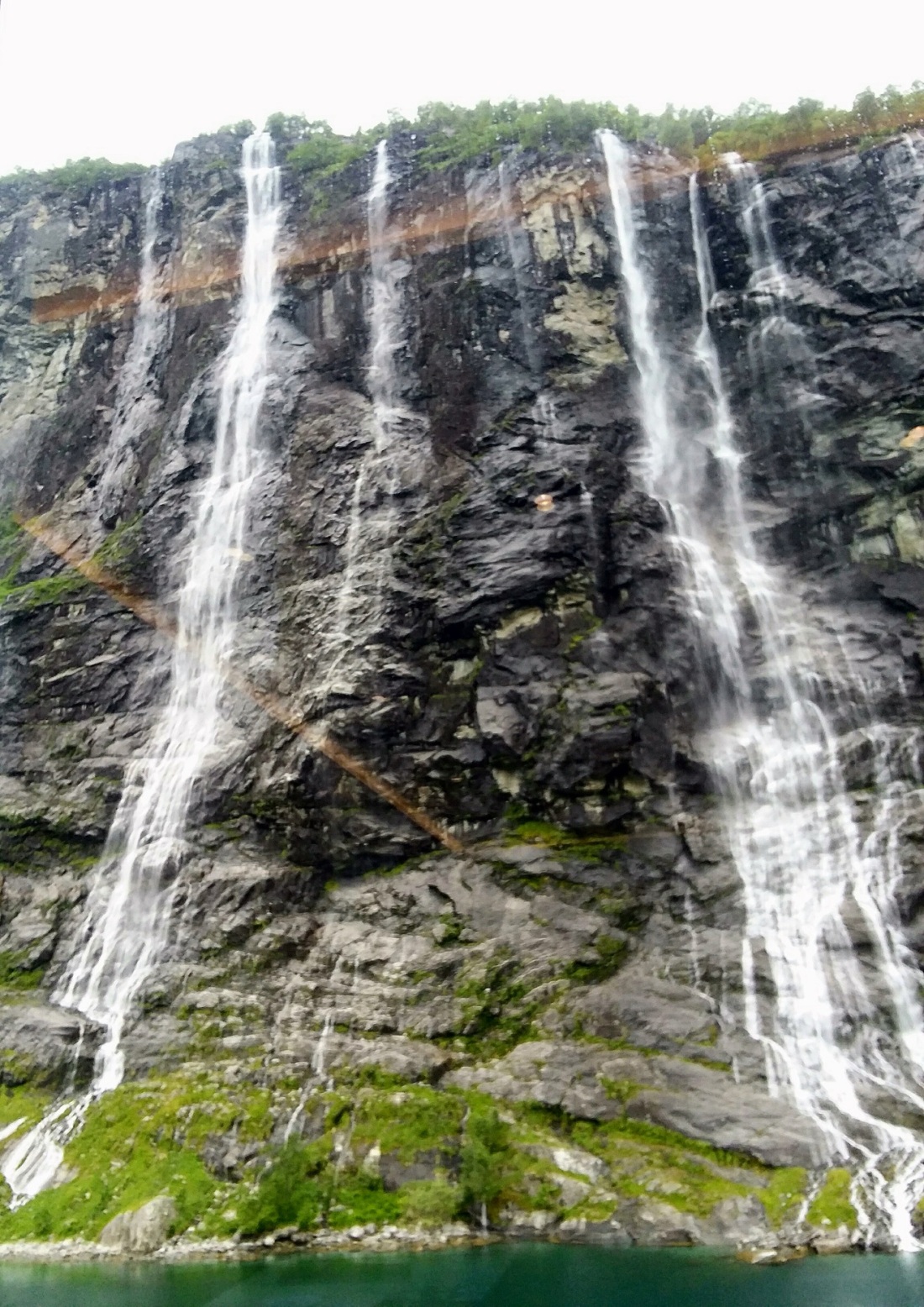 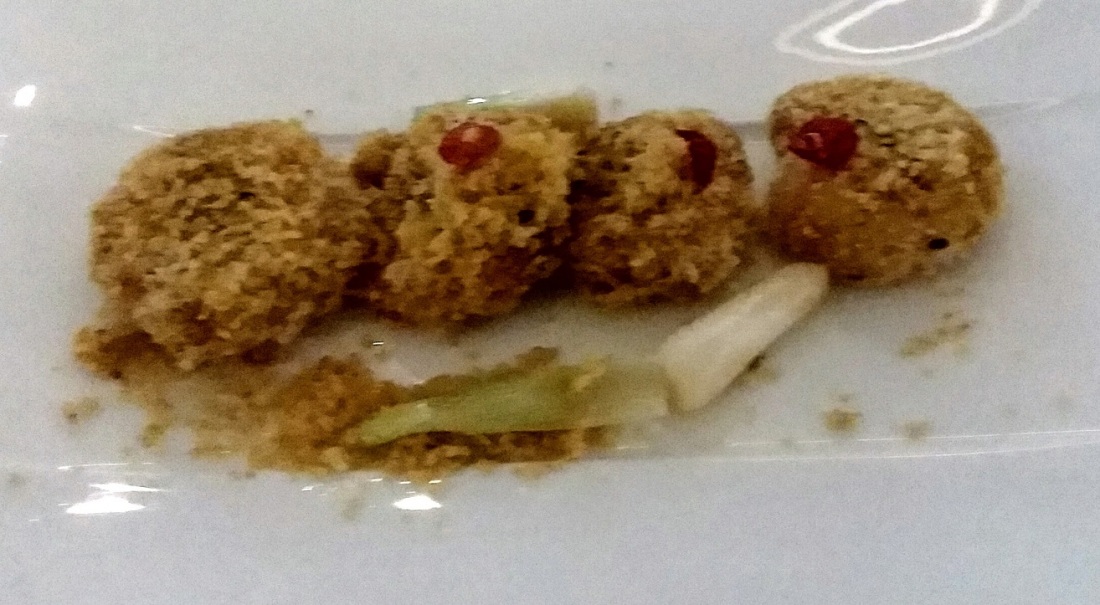 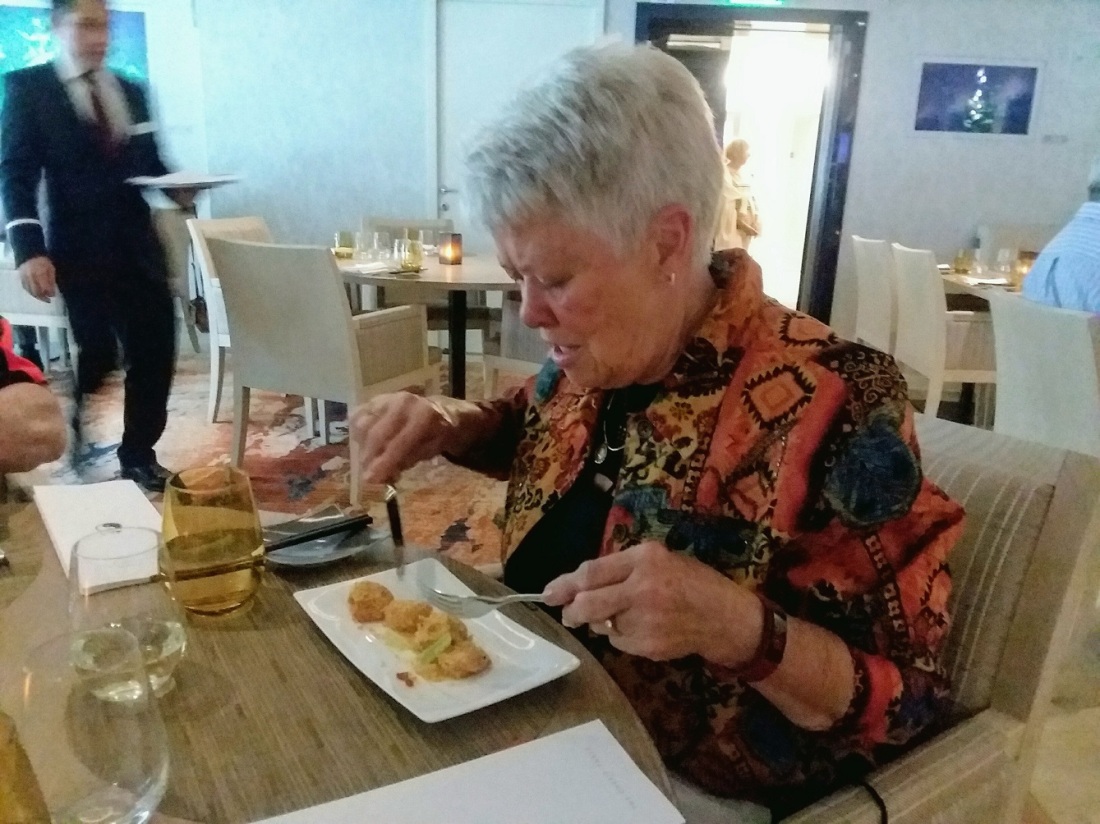 [On this night, Xiang cuisine – multi-courses with separate wines . . . ] 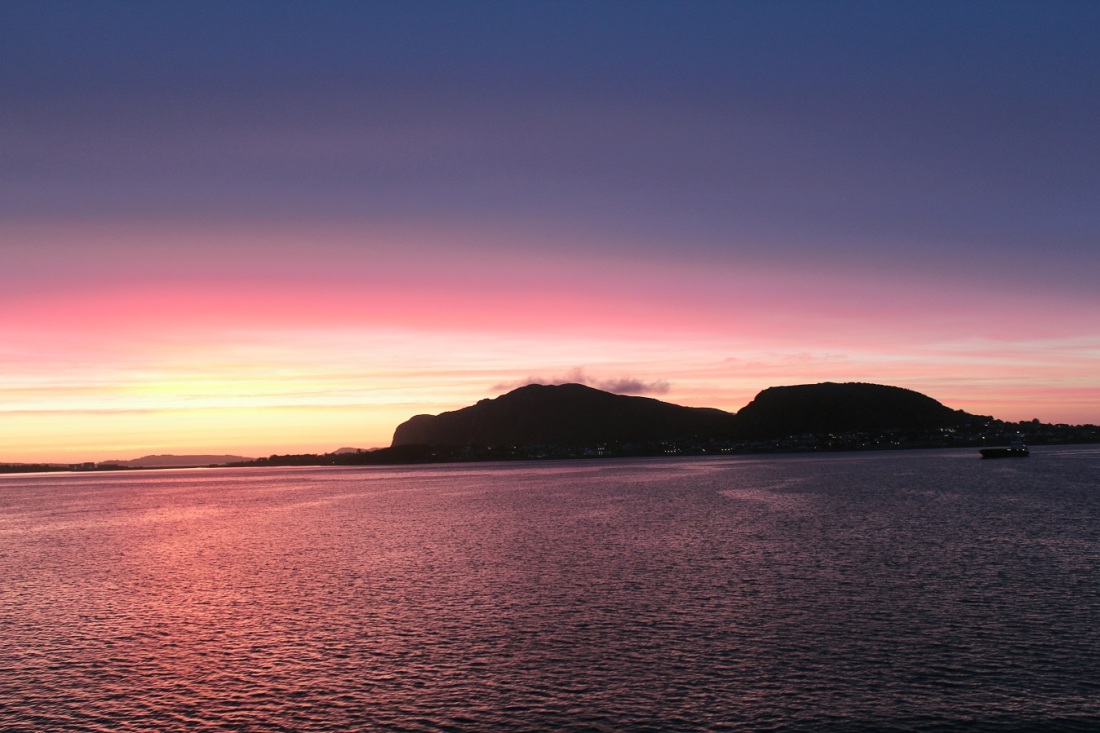 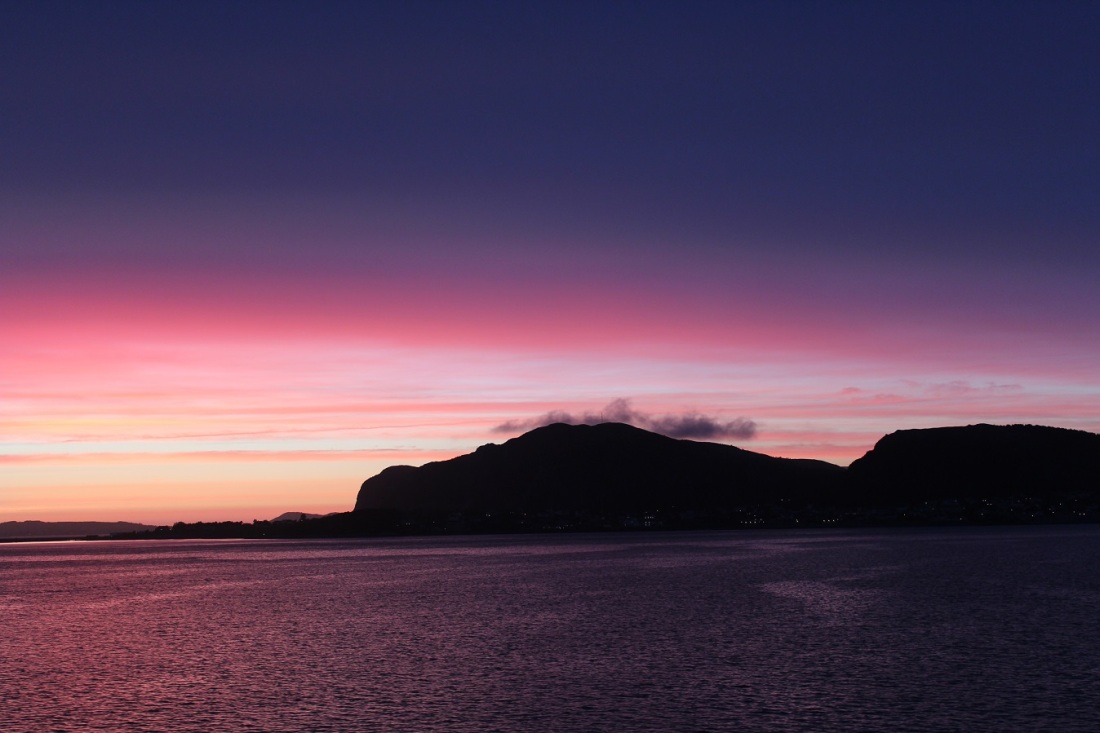 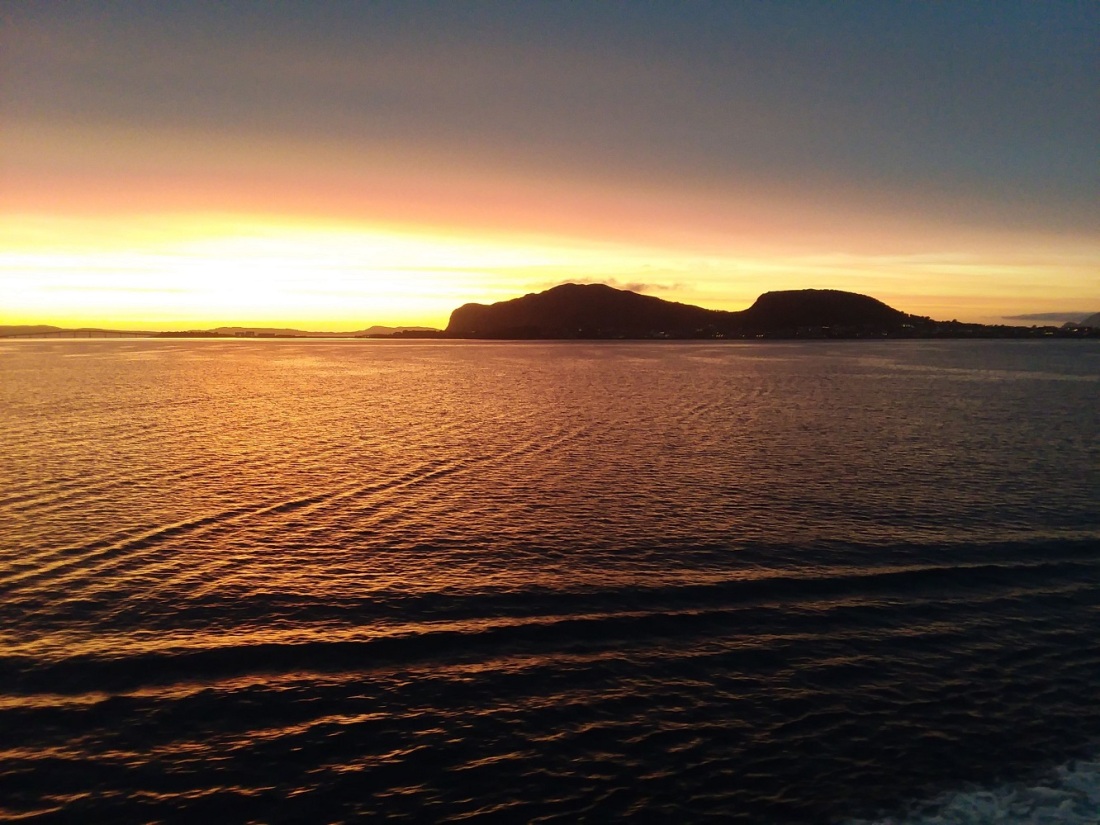 I gained a sense of why Grieg was so touched by the wistful, elegiac folk music of Norway, and what he meant when he said self-effacingly that his music had a ‘taste of cod’ about it.  ~  Anthony Tommasini