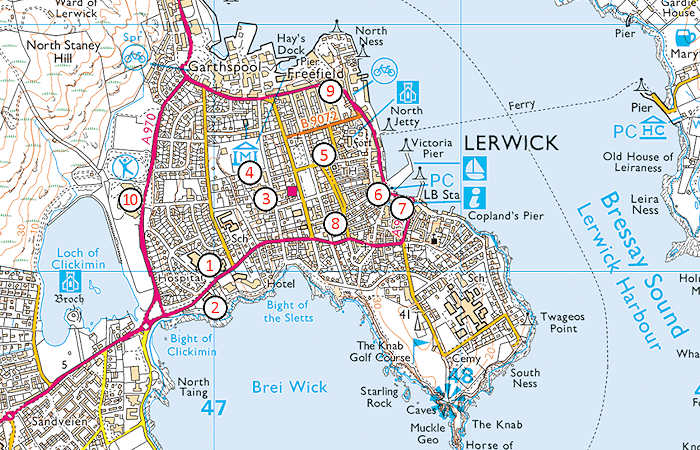 [Continuing our bus tour in Shetland, heading back to Lerwick . . . ]

[Lerwick at 60 degrees north latitude is right up there with the likes of Helsinki, Bergen, and Anchorage.  Its landscape looks “northerly” . . . ] 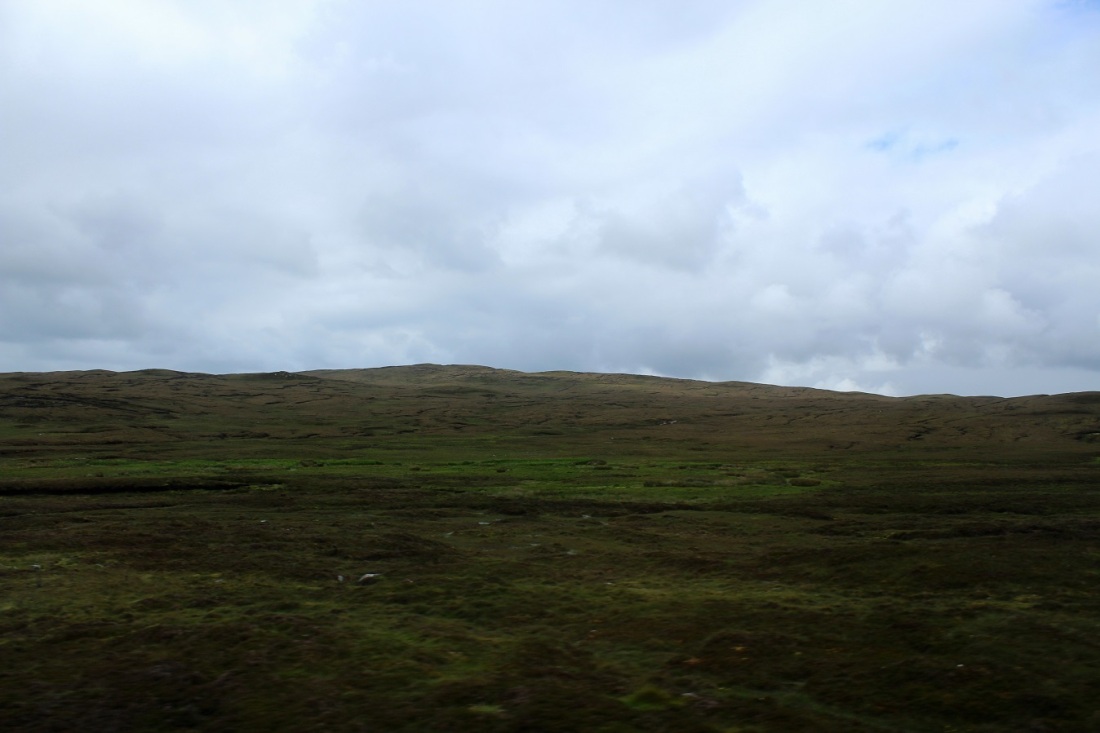 [These are the moors (a tract of open uncultivated upland; a heath).  Of course, most of what we know about moors came from reading Sherlock Holmes novels.  Now, if you Google moor, you find several pages of a brand name clothing product.  Uff da!] 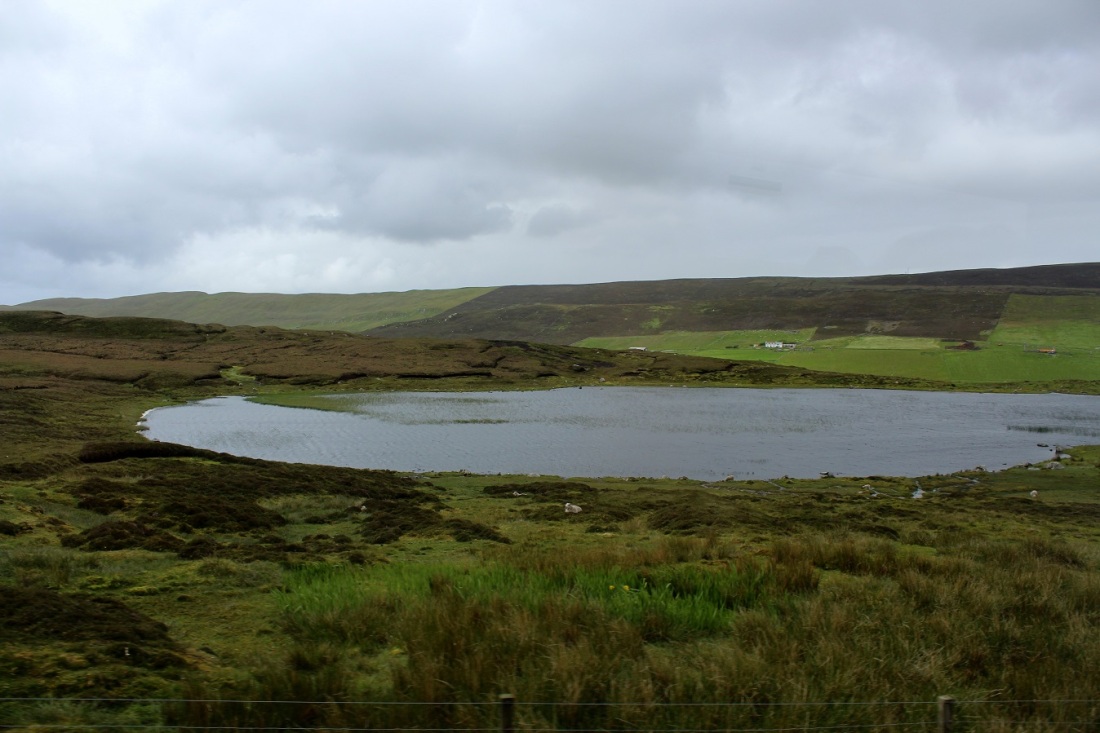 [Peat is cut for fuel in many parts of Shetland and good days in May and June prompt some people to head for the peat banks.  The first stage is always to remove the grass and heather from the top of the peat bank.  The peat is then sliced off in neat bricks, using a special spade called a tushkar, and is laid to dry on the heather.  After a few days, the slowly-hardening pieces are “raised” into small pyramids to allow more air to reach them.  When it’s properly dry, the peat is bagged and brought home to be stored, to be used in stoves and fires over the following winter (www.shetland.org/60n/blogs/posts/peat-cutters-head-for-the-moors ).]

[Yes, I discovered the Loch Ness monster!  The others were all looking on the wrong Scottish island . . . ] 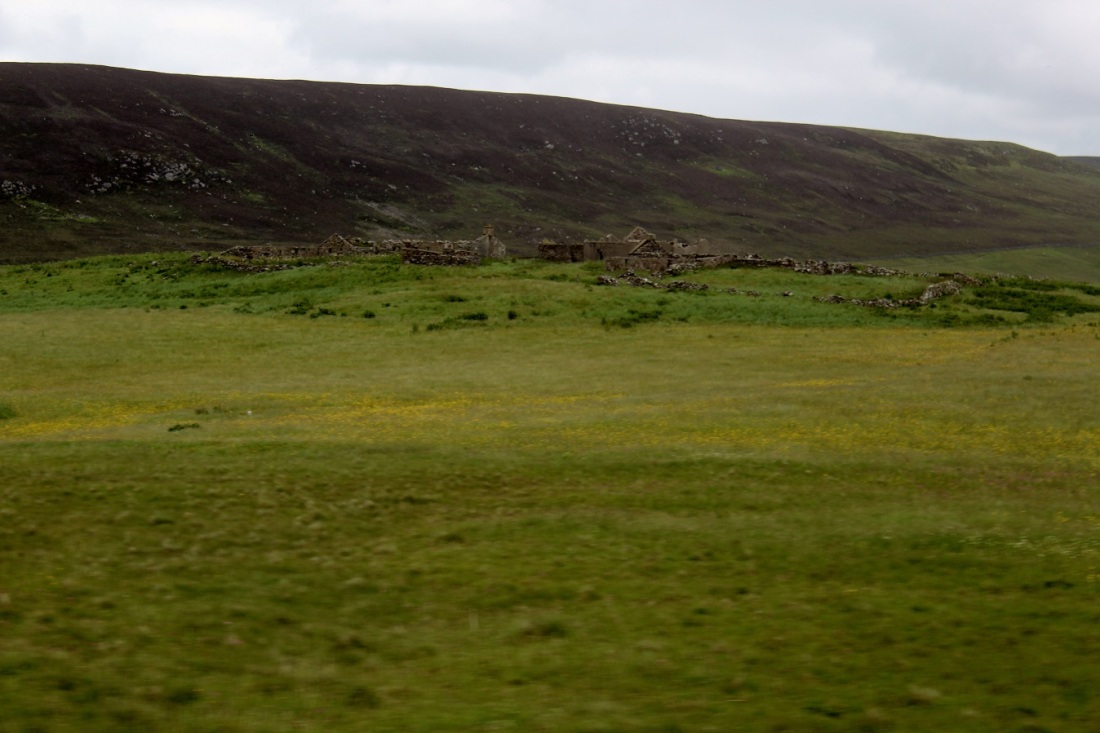 [As I promised in Part 1, more info about our guide, Laurie.

[She has a master’s degree and is the editor of the Shetland Life.  Prior to taking on the role as editor, I worked for 10 years at the Shetland Museum & Archives as a curatorial assistant. A role that I very much loved for most of the time I was there, and one which I learned a tremendous amount about our island’s heritage and culture in.  Now, I’m able to combine my two passions – Shetland’s rich heritage and writing.  ~  Laurie (www.shetlandwithlaurie.com/)]

[But she probably finds being a tour guide more monetarily satisfying . . . ]

[A recent construction to decarbonize Shetland’s power and double its power capacity (www.insider.co.uk/news/new-plant-double-electricity-capacity-9868643).] 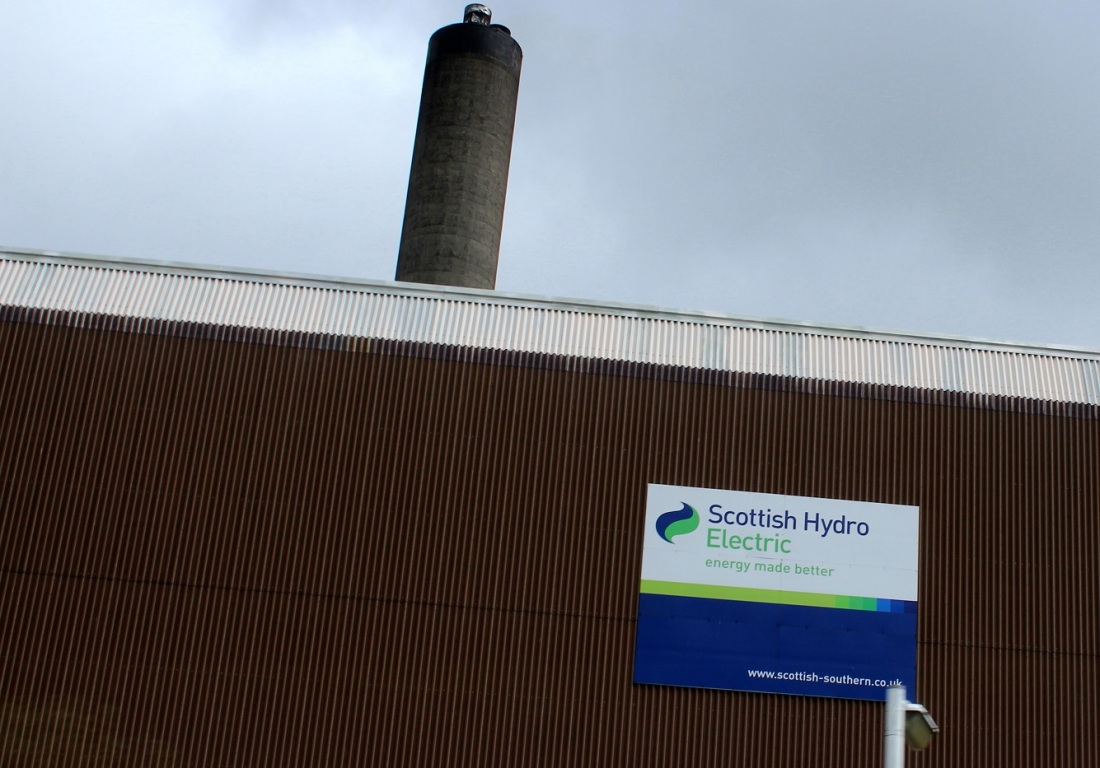 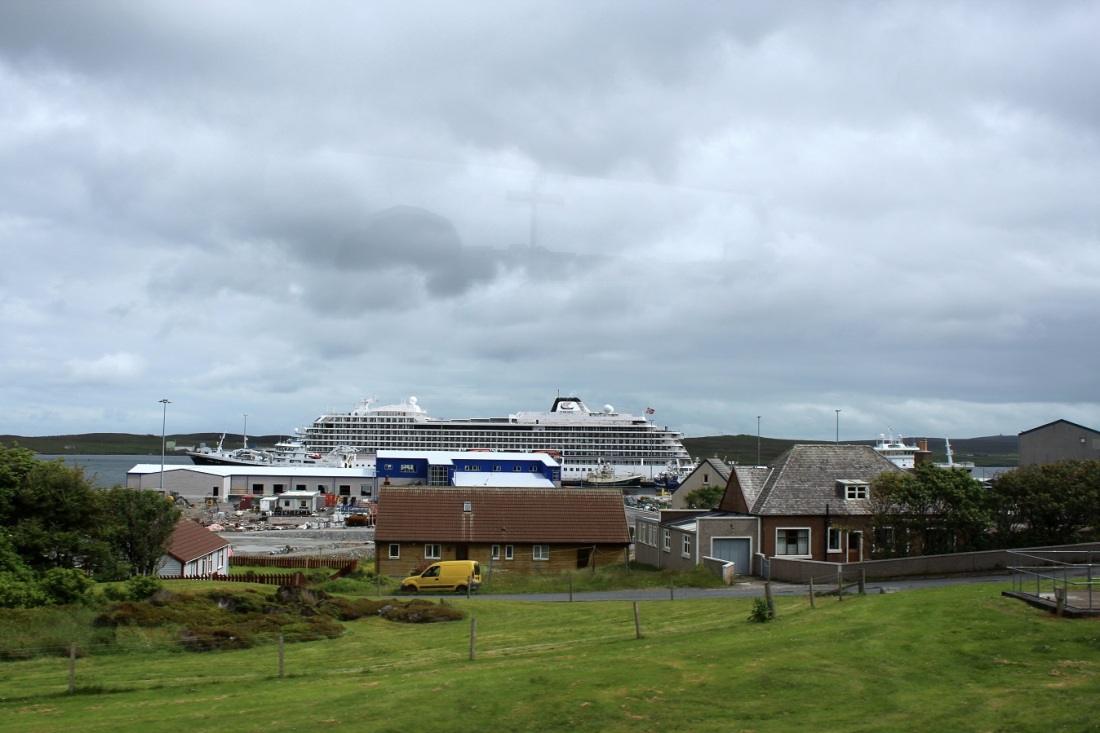 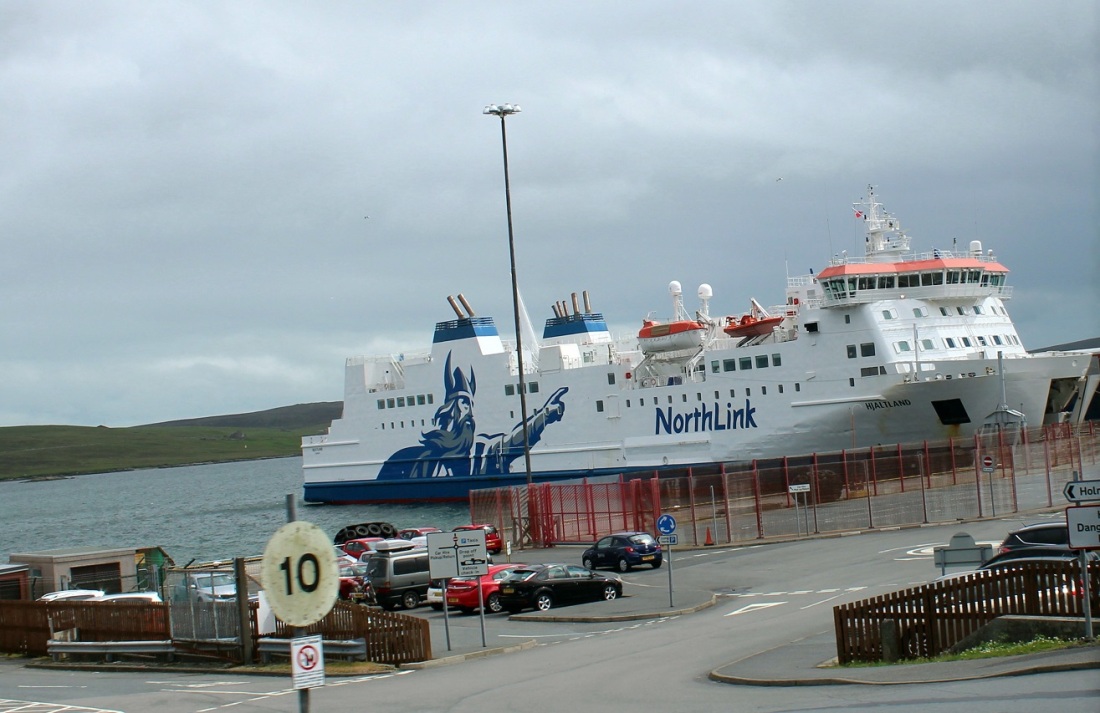 [Cancer research in a castle?] 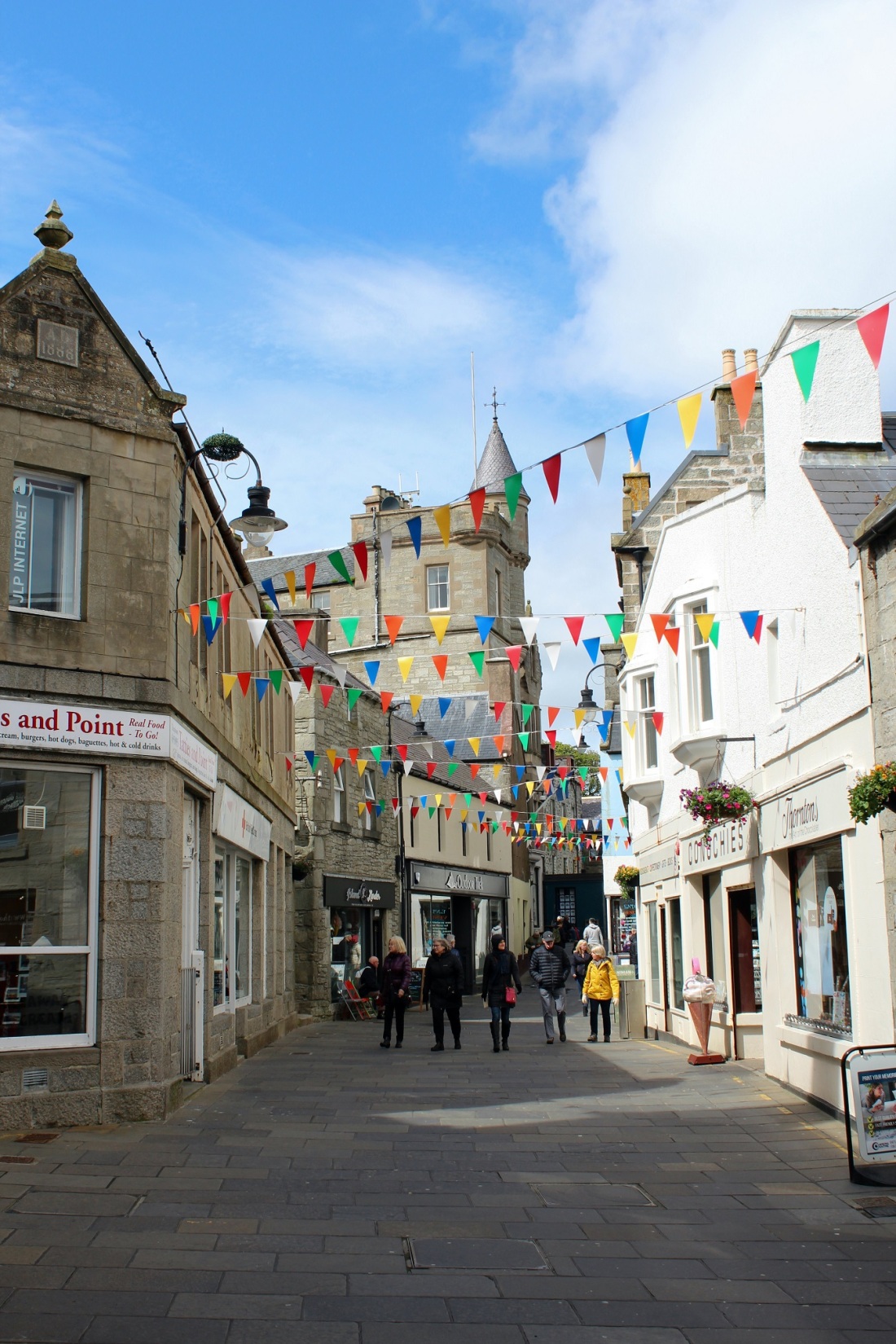 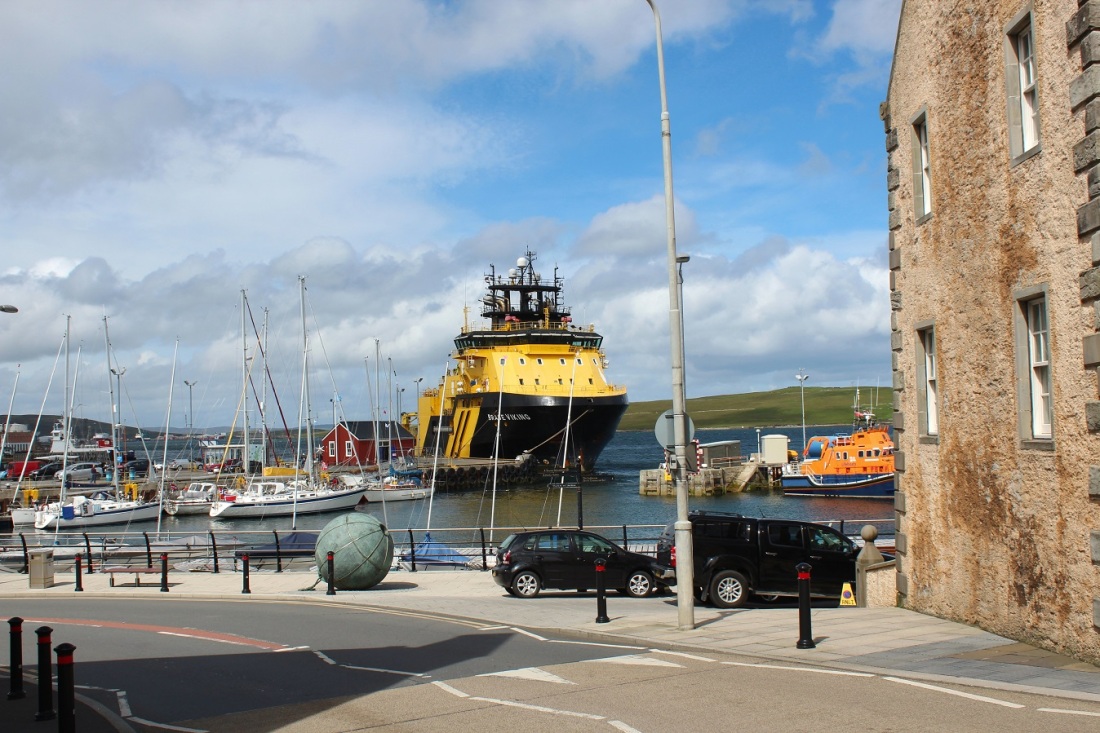 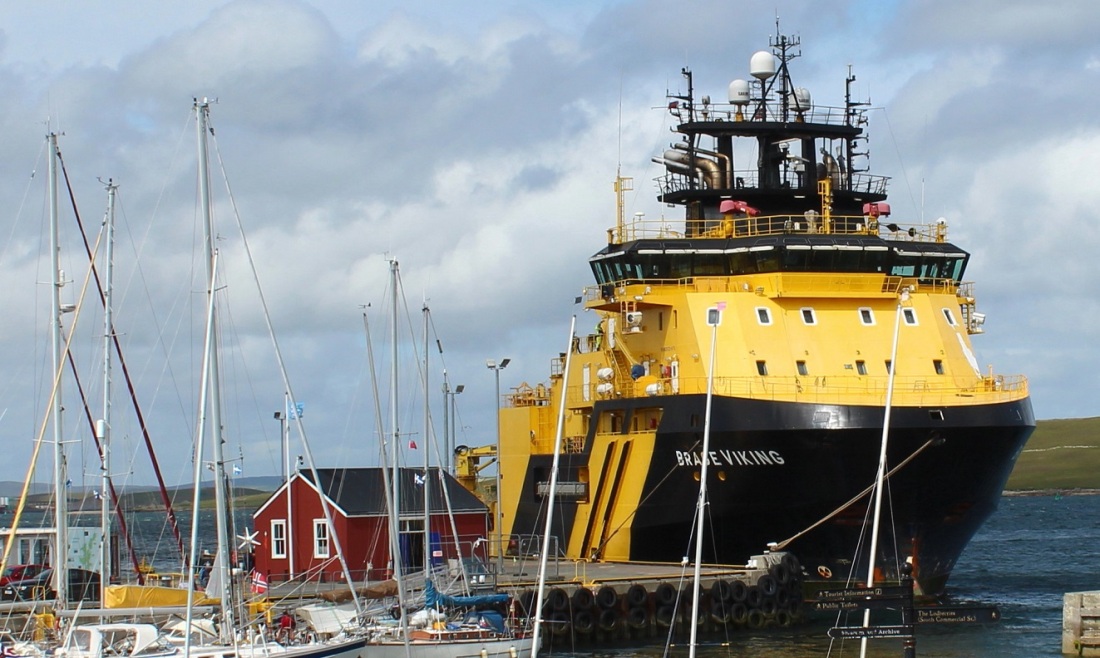 [The Queens Hotel, one of the few old stone buildings for which I could find a name.] 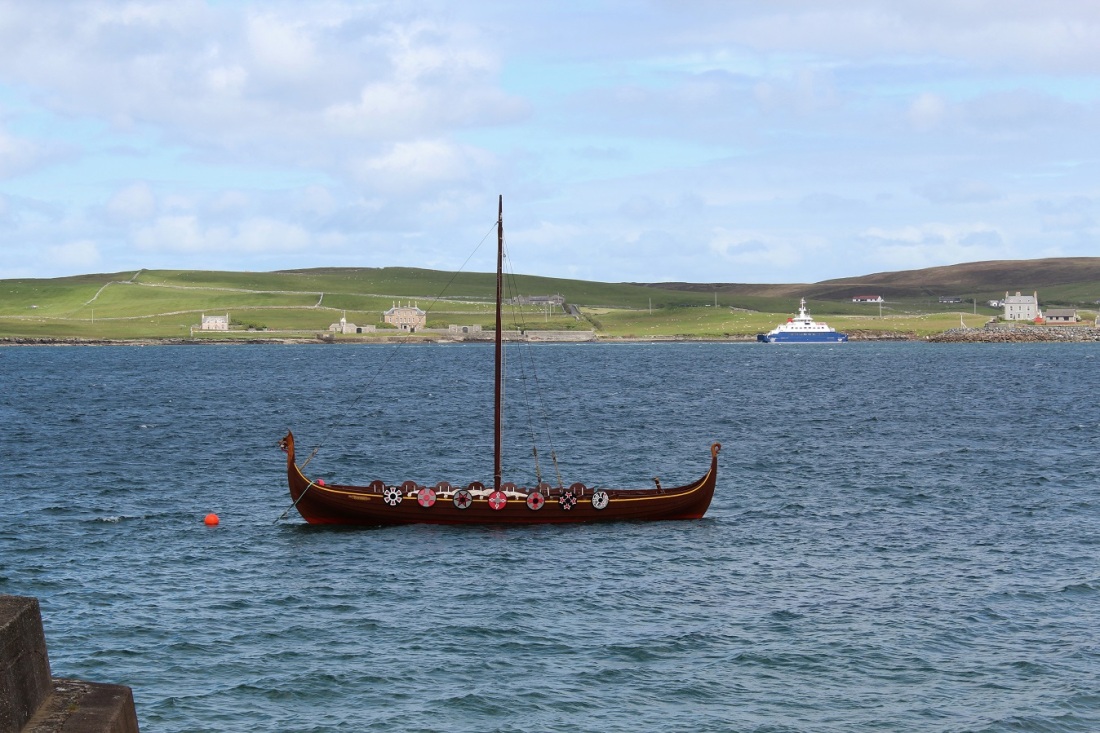 [Maybe they had advance reservations . . . ] 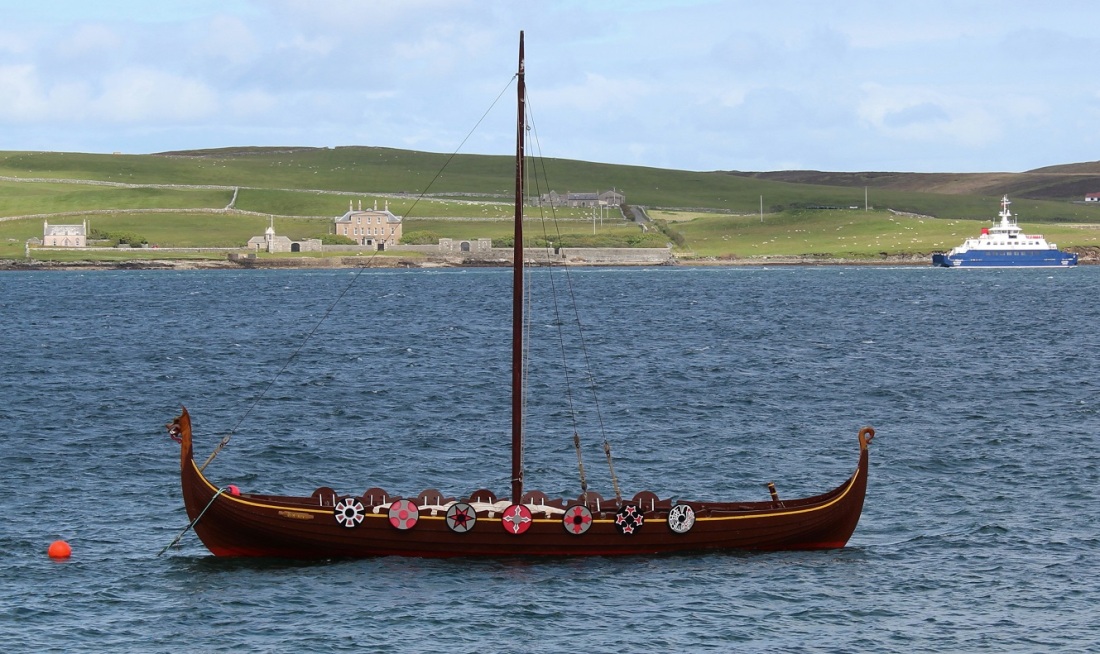 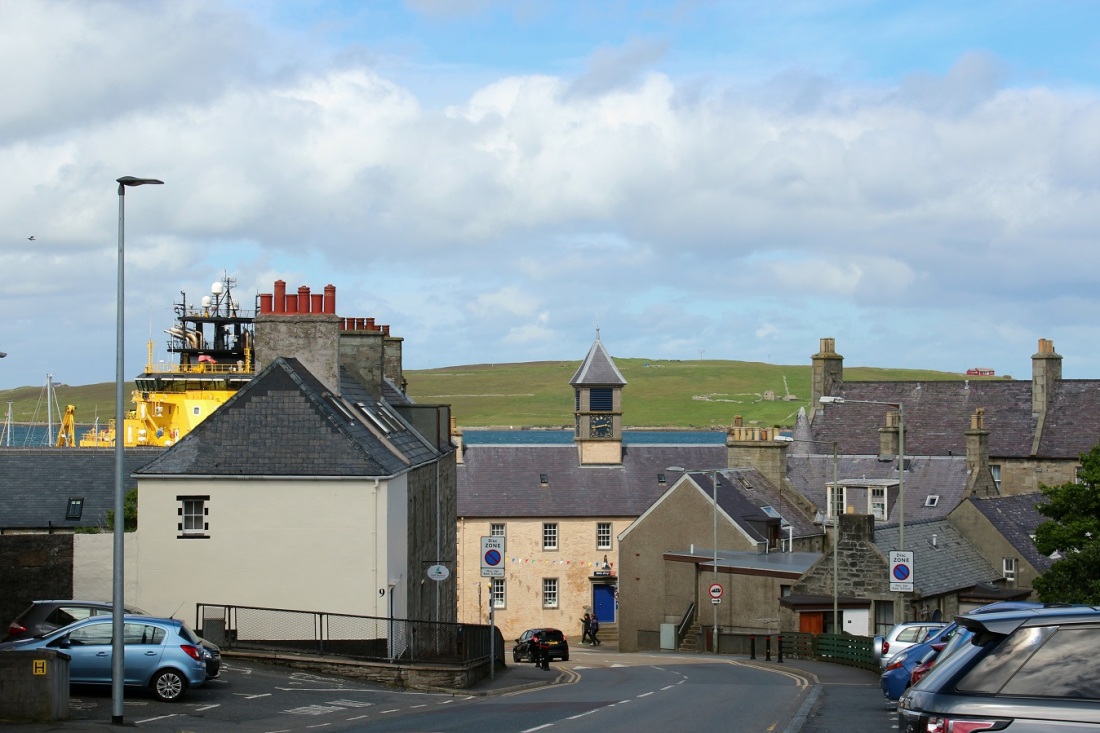 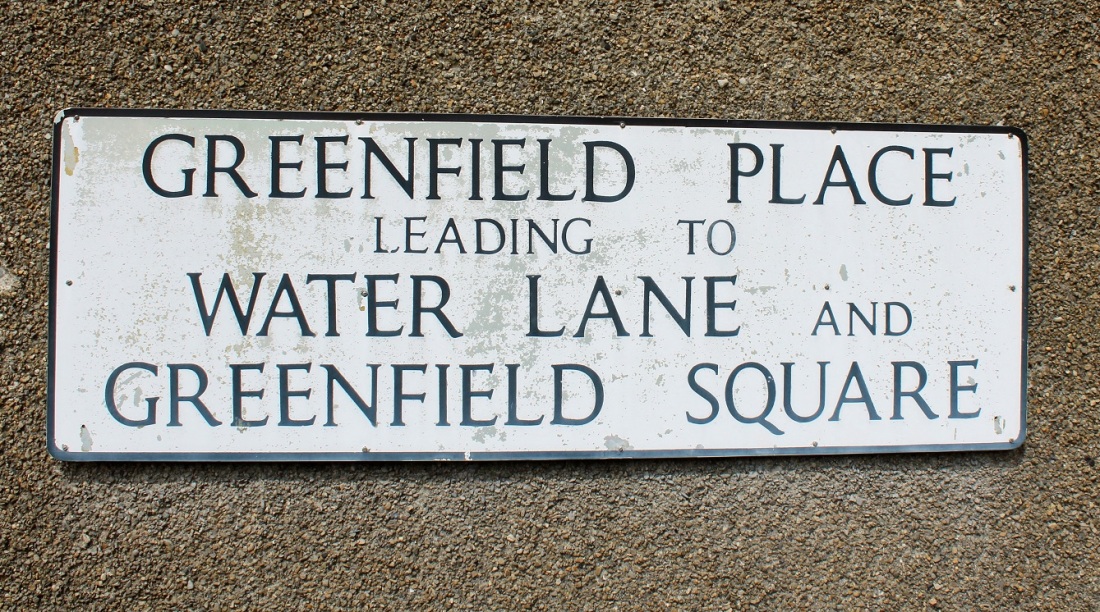 [The Scottish Episcopal Church welcomed us . . . ]

[OK, how ’bout next week Tuesday?] 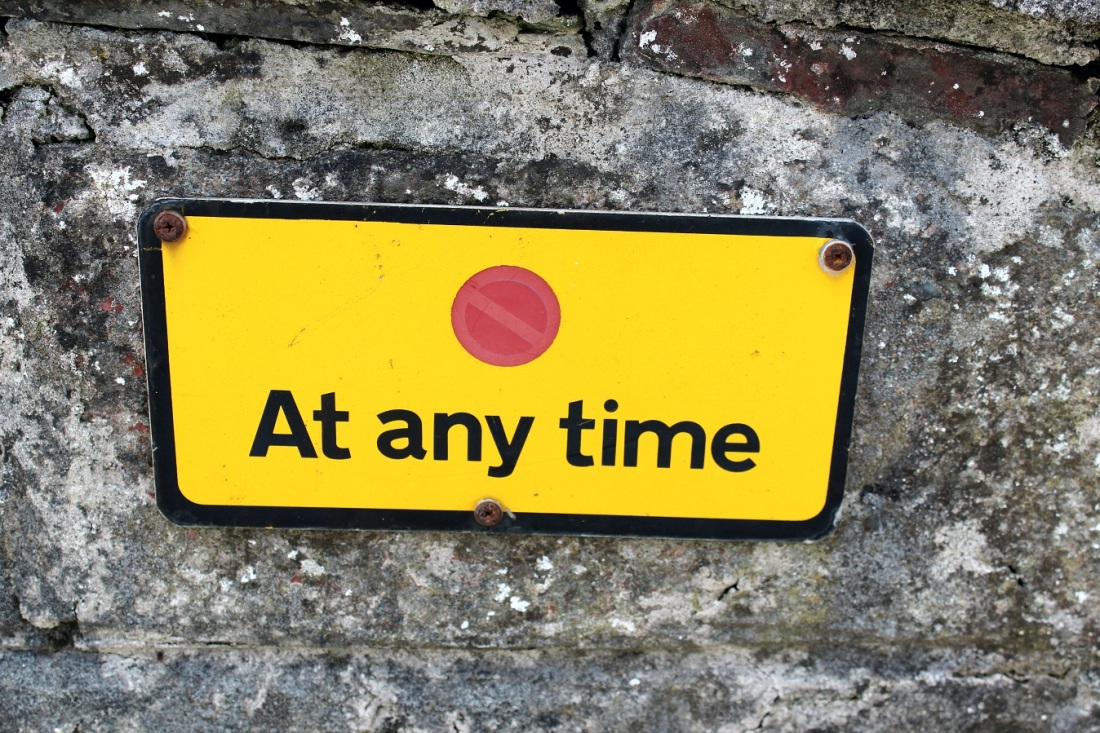 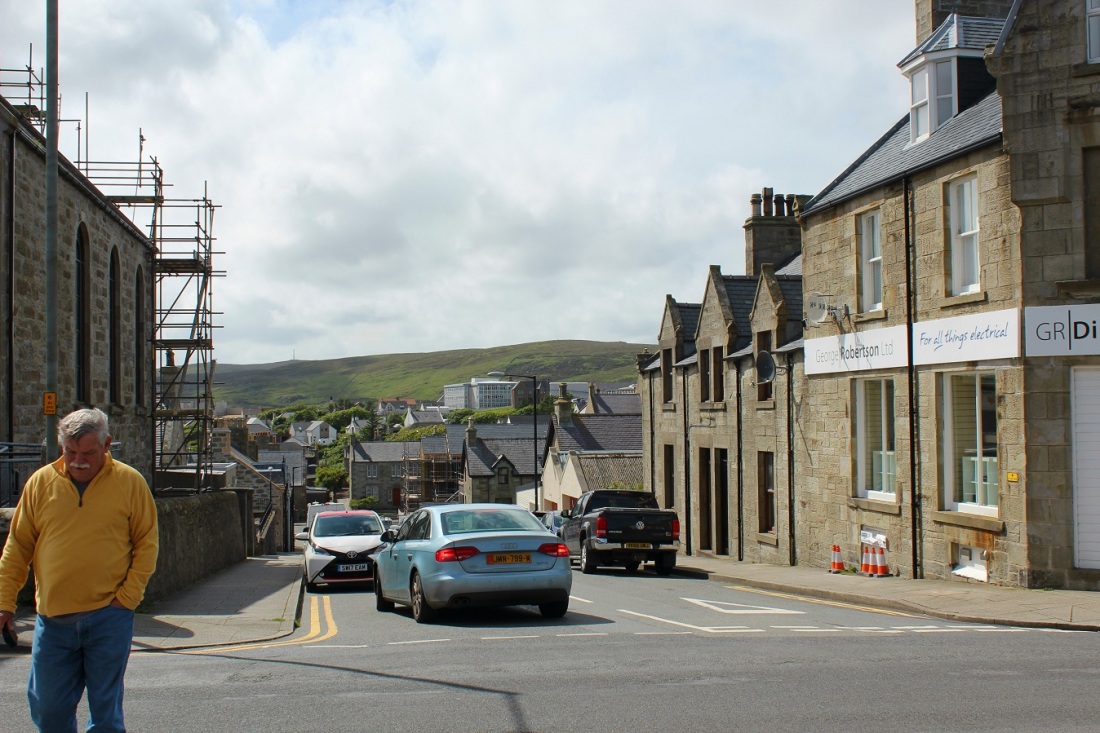 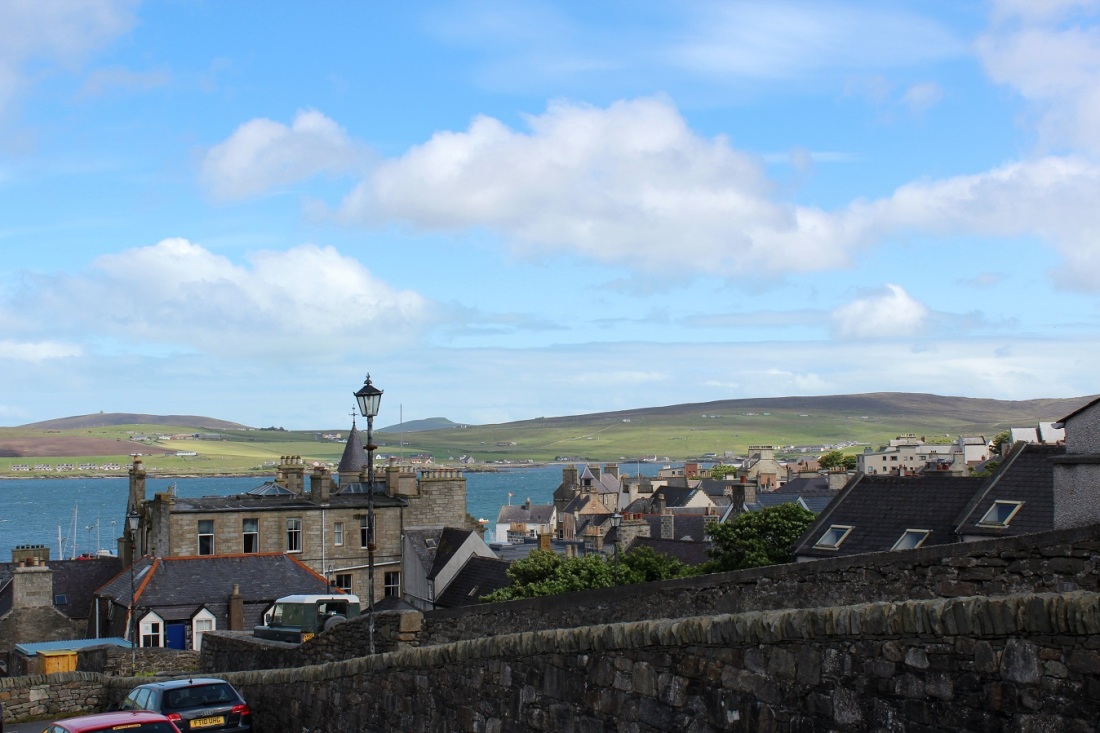 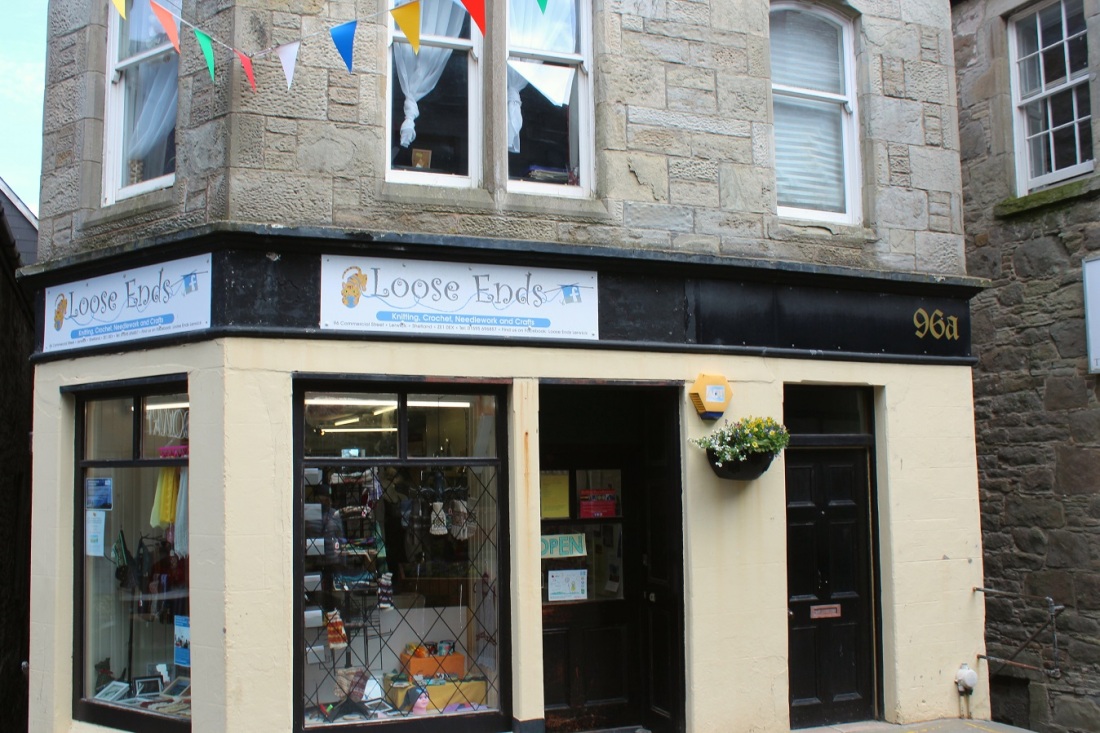 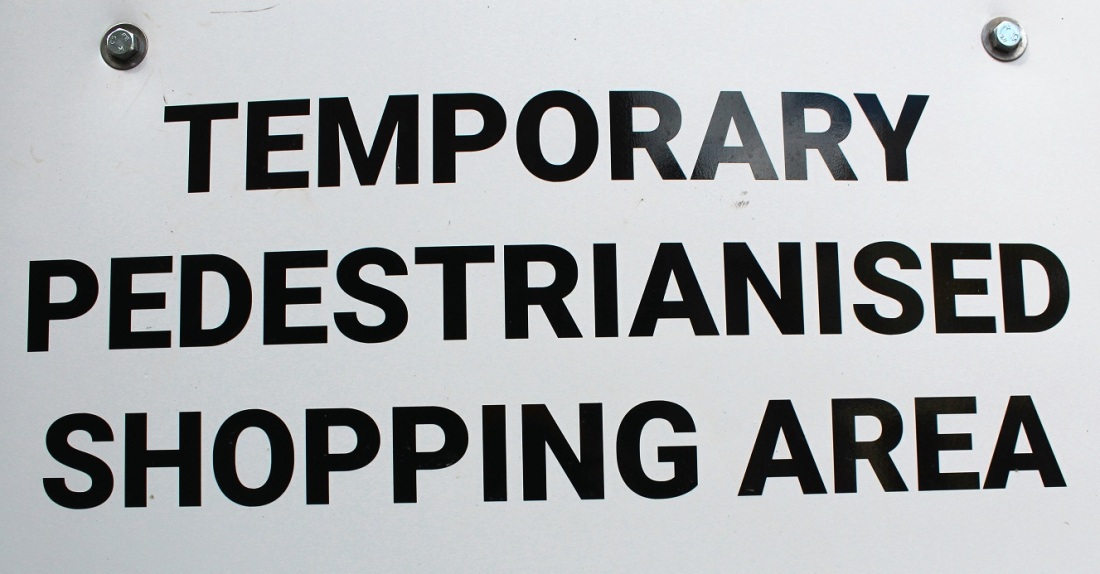 [Construction of Fort Charlotte began – though was not completed – in 1665, during the Second Dutch War. It was rebuilt more than a century later, during the War of American Independence, but the newer fort never saw military action.  Today, the fort is presented much as it would have looked in the 1780s (https://www.historicenvironment.scot/visit-a-place/places/fort-charlotte/).] 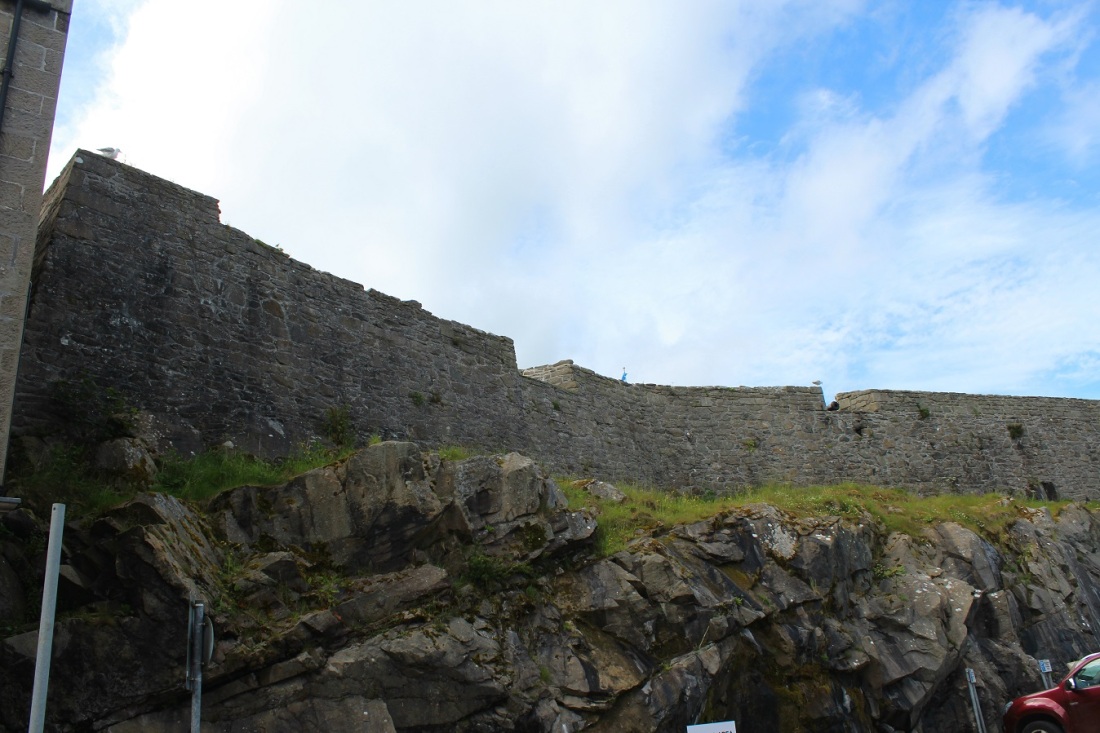 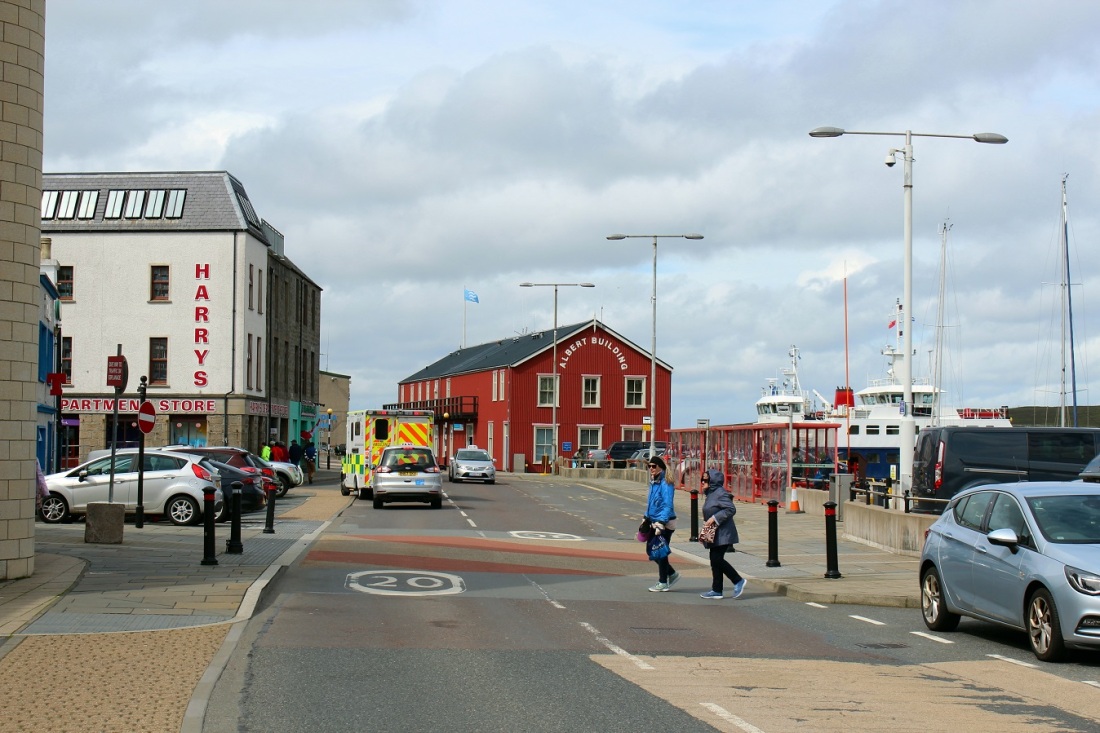 [The next seven photos are duly credited to the Super . . . ] 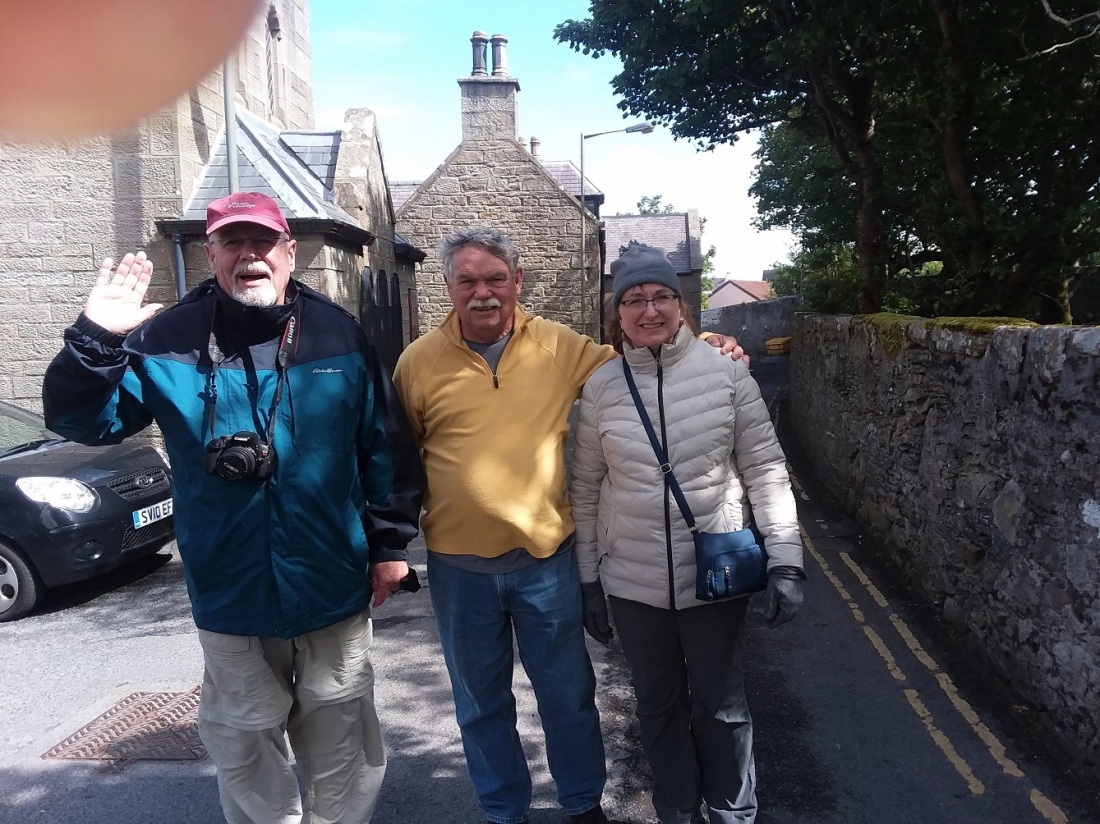 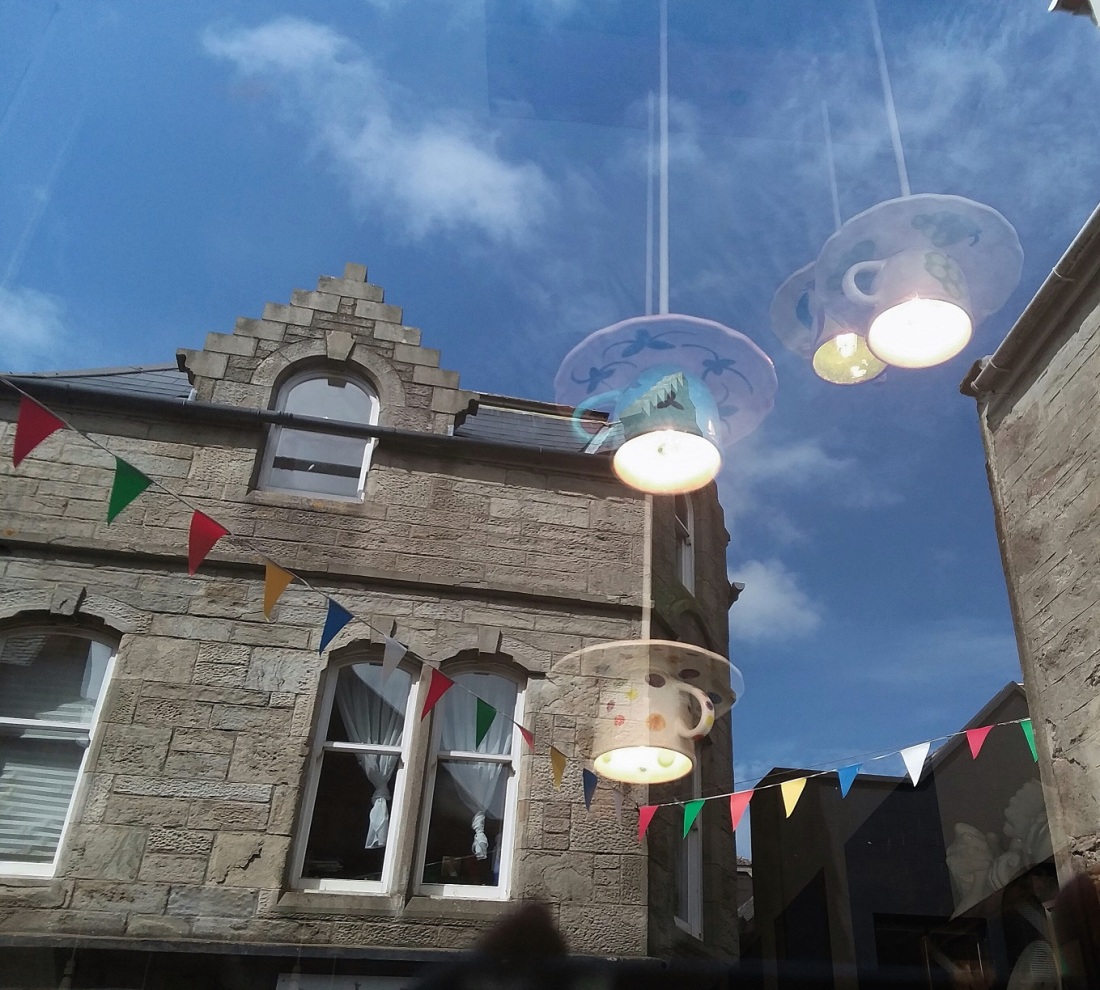 [Once back on board, this is Yan Yan.  She remembered us from the Panama Canal cruise (same ship, remember?) . . . ] 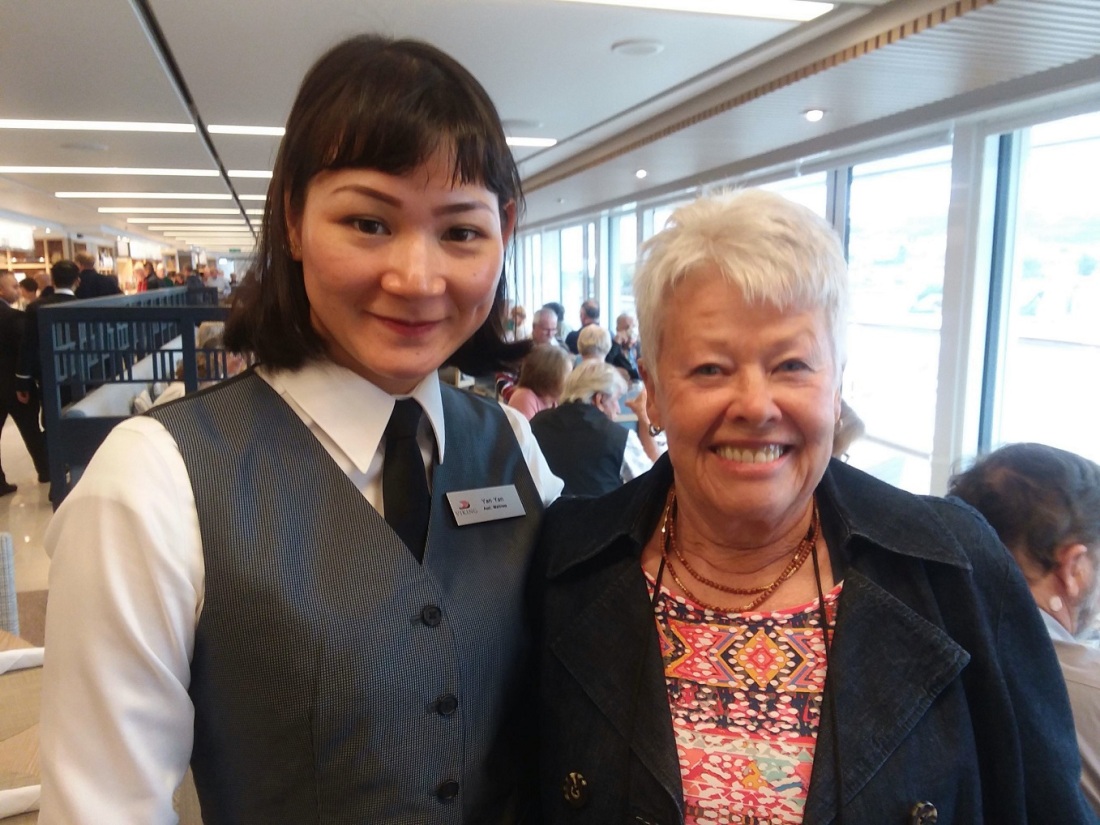 [For the life of me, I can’t figure out why I didn’t remember her?] 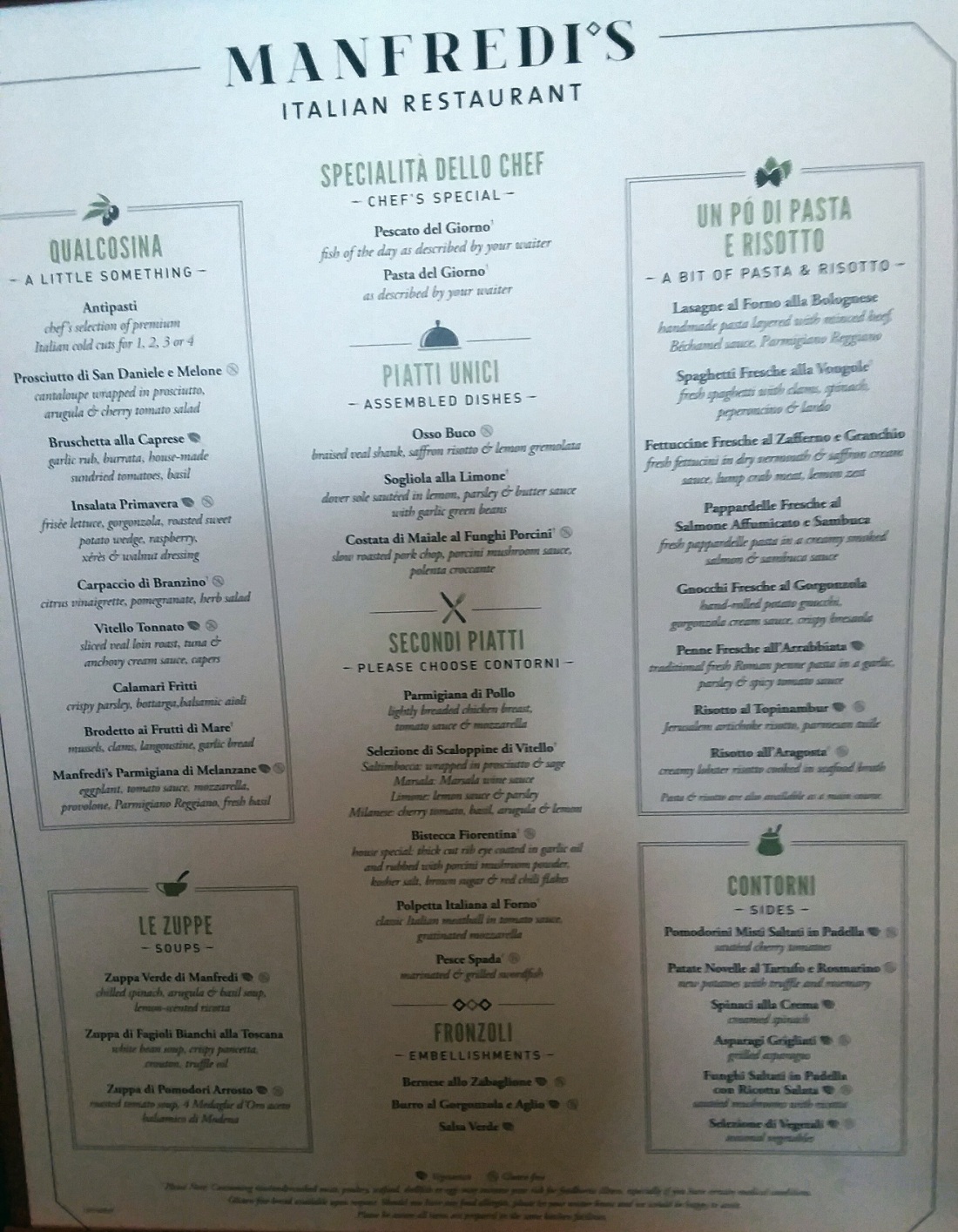 [Something brown amongst greenery . . . ]

[The same tug that greeted us here in the morning?] 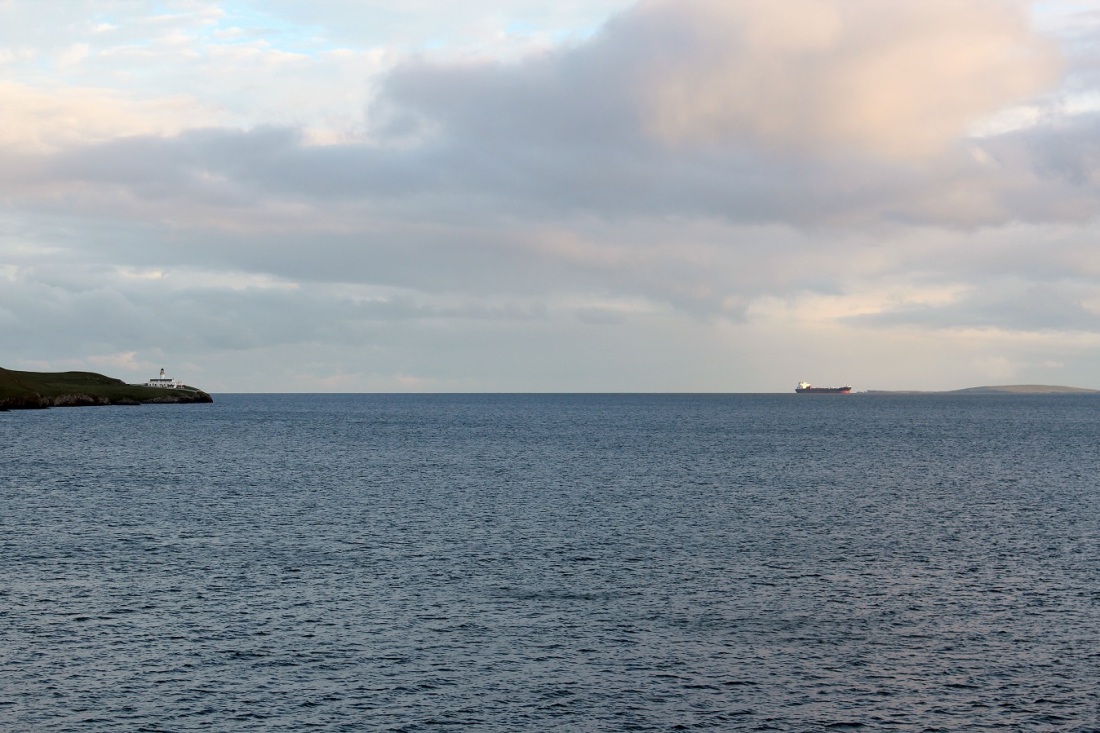 [The beautiful island of Bressay, just off the east coast of mainland Shetland.  Passing the ‘Bressa Light’ is the start and finishing post for any journey to or from Shetland by sea, and is a welcome landmark for locals and visitors alike.  The nineteenth century lighthouse provides a tranquil and peaceful retreat with open views across the sea.  Perfect for a family holiday, or enjoying a getaway with friends, the opportunity to stay in one of Shetland’s most famous landmarks is not to be missed (https://www.shetlandlighthouse.com/bressay-lighthouse).] 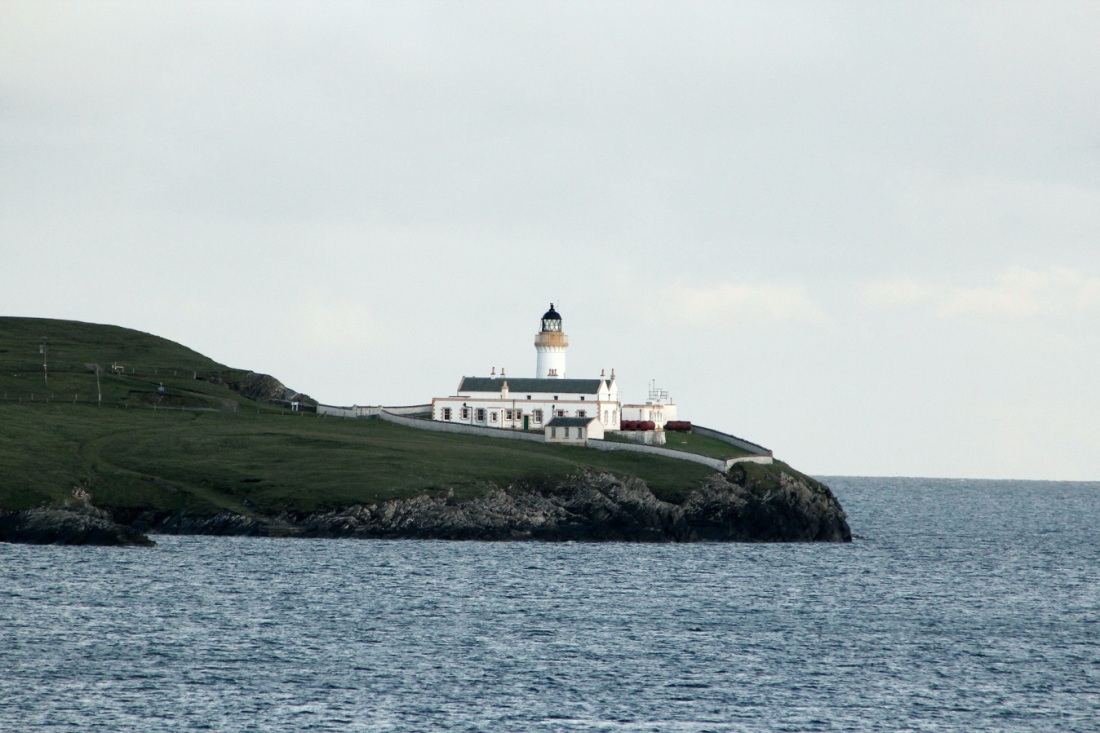 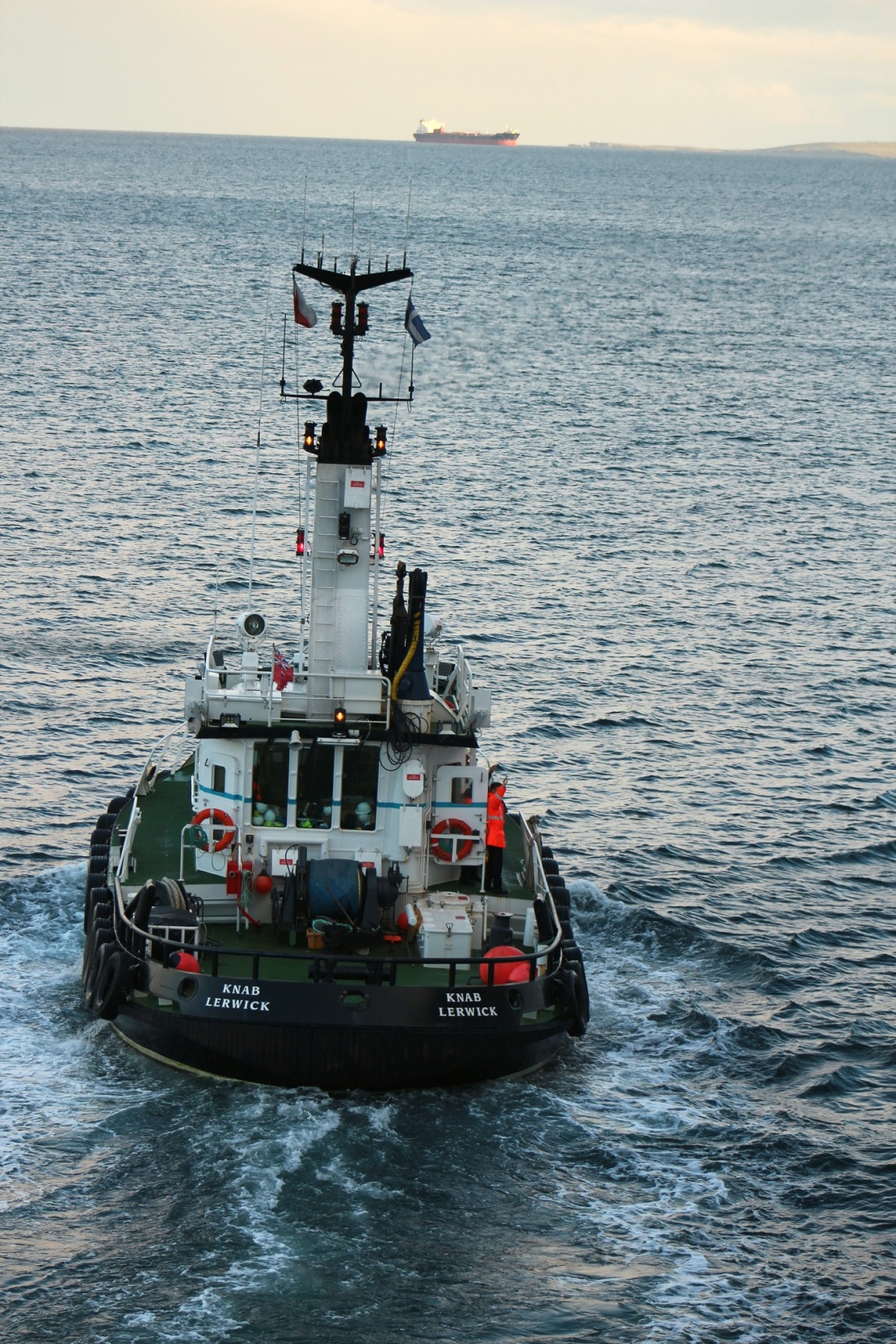 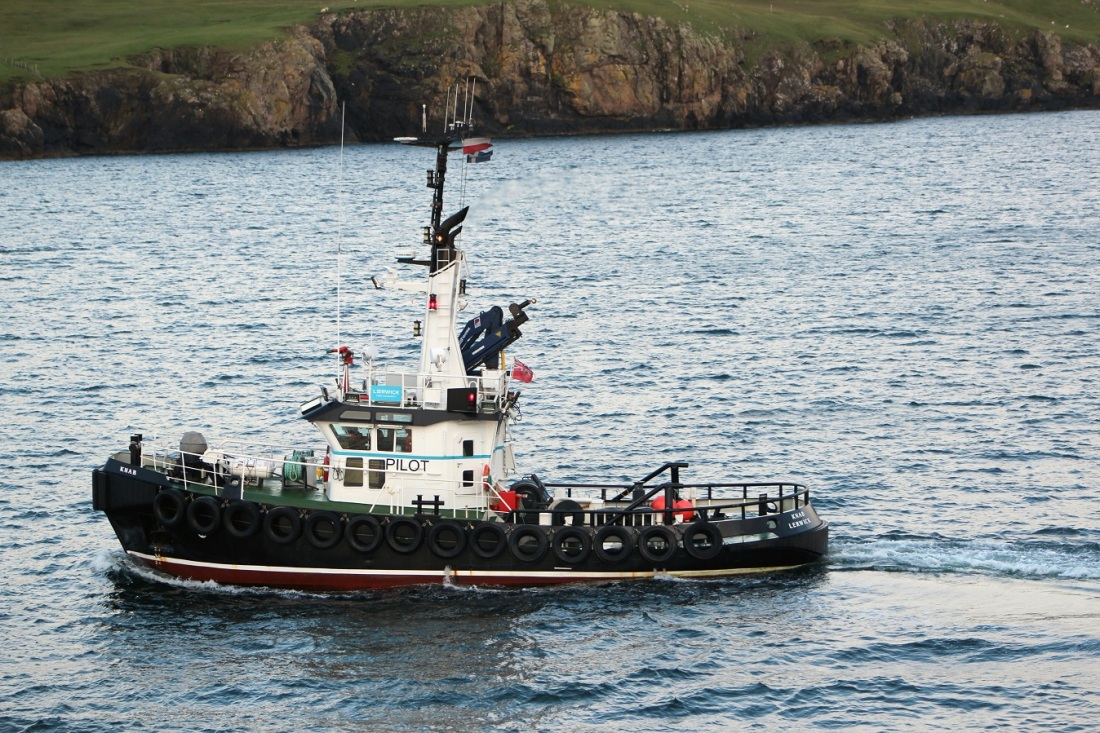 [Ole, in the foreground, checking out the lighthouse . . . ]

The Glasgow accent was so strong you could have built a bridge with it and known it would outlast the civilization that spawned it.  ~  Val McDermid