And now the trip to our ultimate destination for celebration of the Thanksgiving holiday . . .

[The trip from Las Vegas to Utah takes a more than scenic route on Interstate 15 . . . ]

[Unfortunately, this route is under assault by orange construction barrels and will apparently will continue to be so for several more years . . . ] 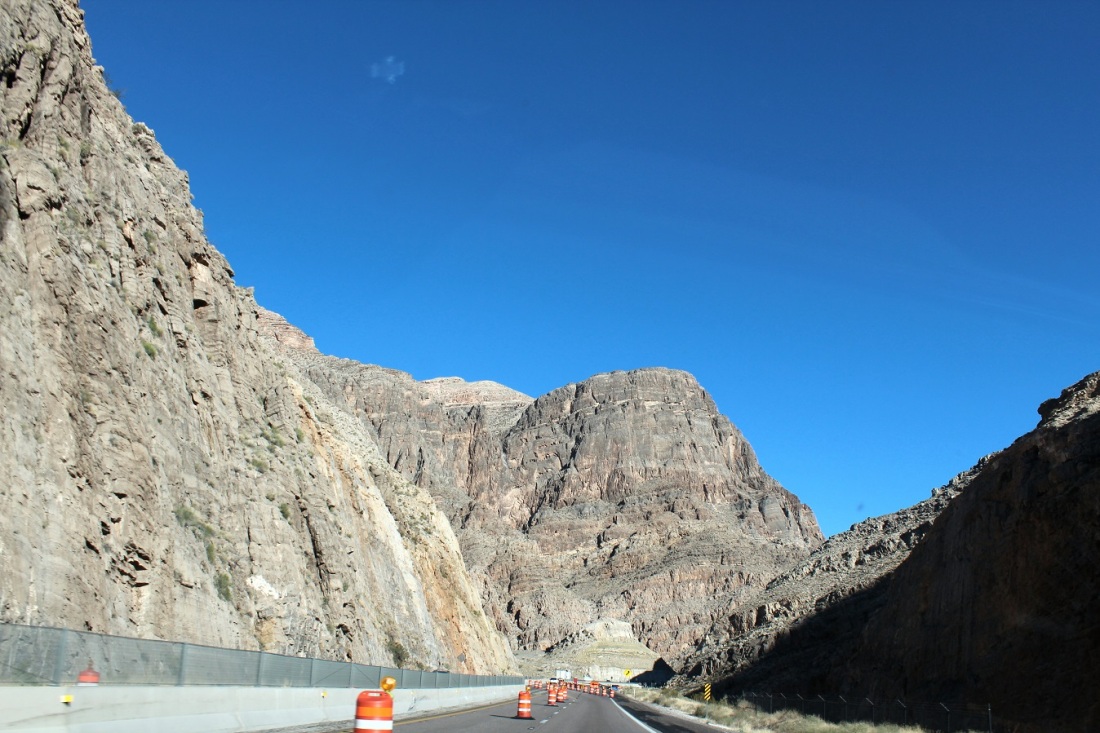 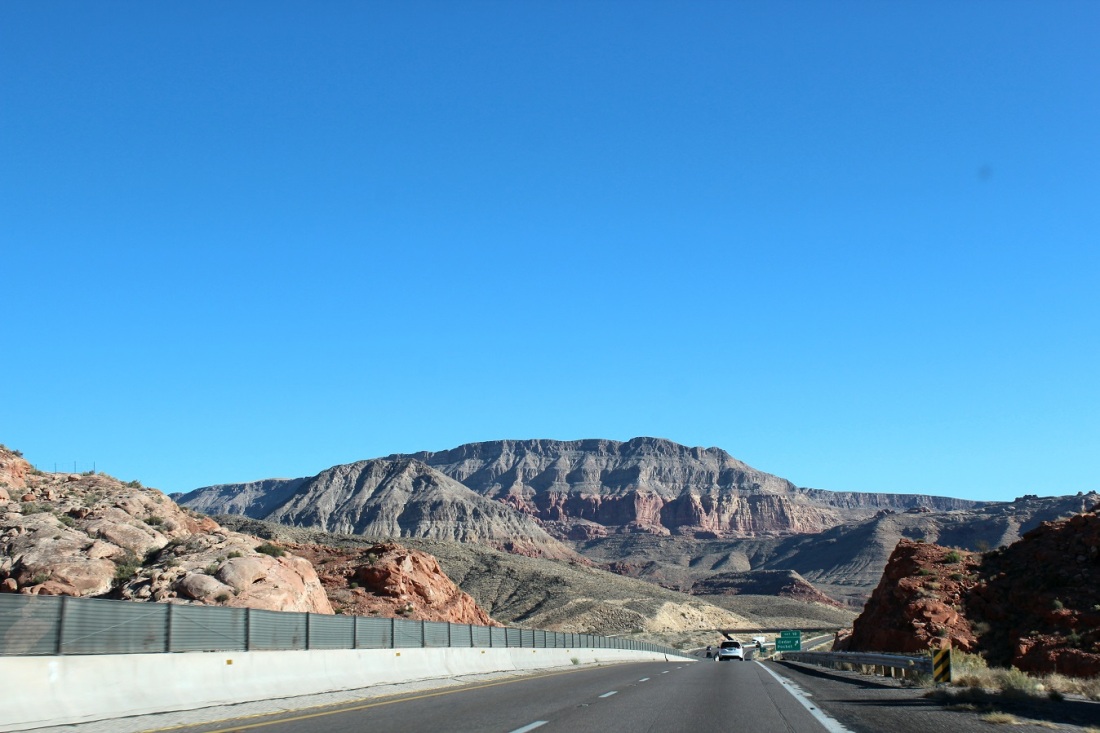 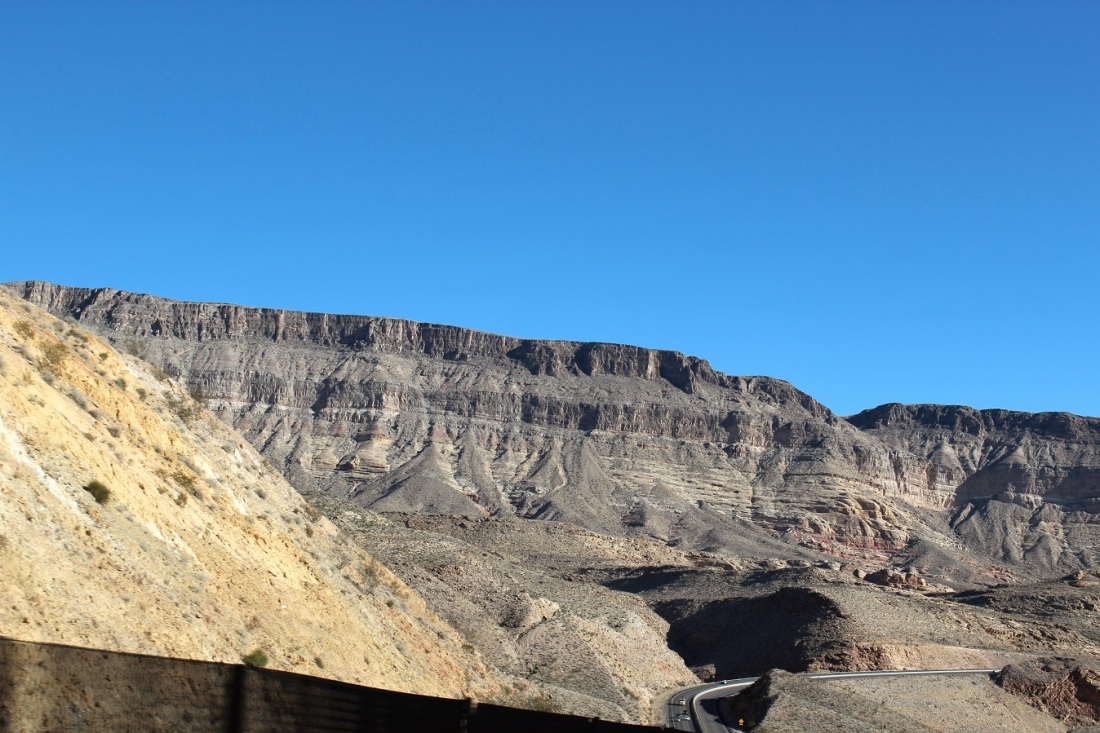 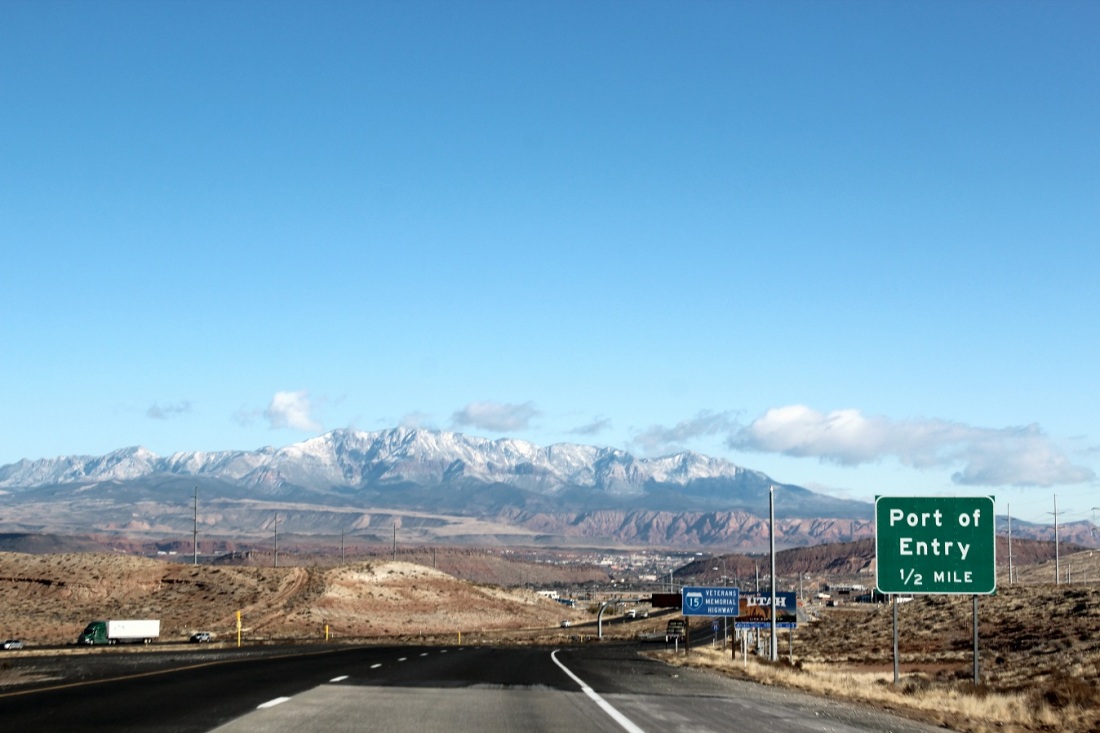 [So, we went to another place we had also previously darkened for food, George’s . . . ] 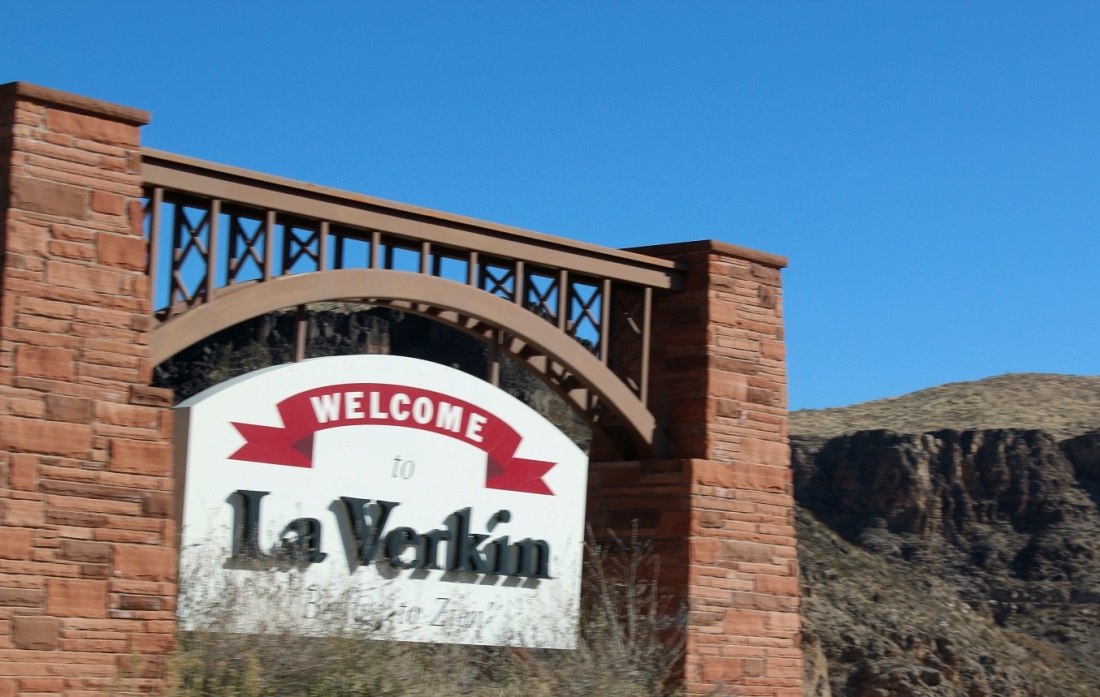 [The Super, having been here before, knew to turn left at the car wash airplane . . . ] 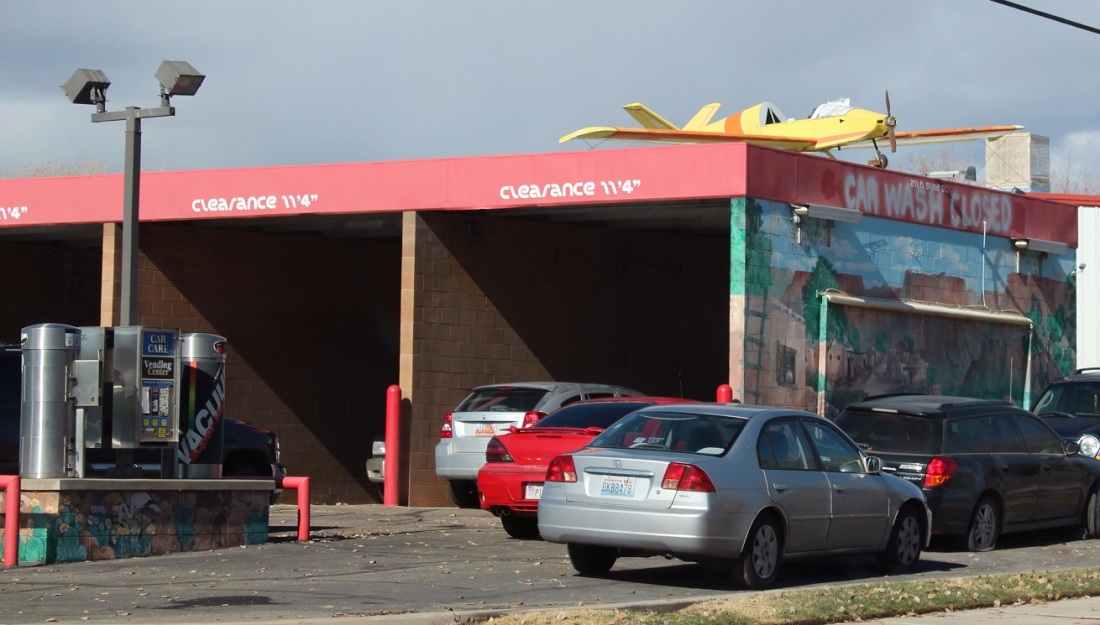 [We arrived first at Beth and Chris’s.  And when Rita and Dave subequently arrived Rita took the established position of someone who had just completed a long trip . . . ] 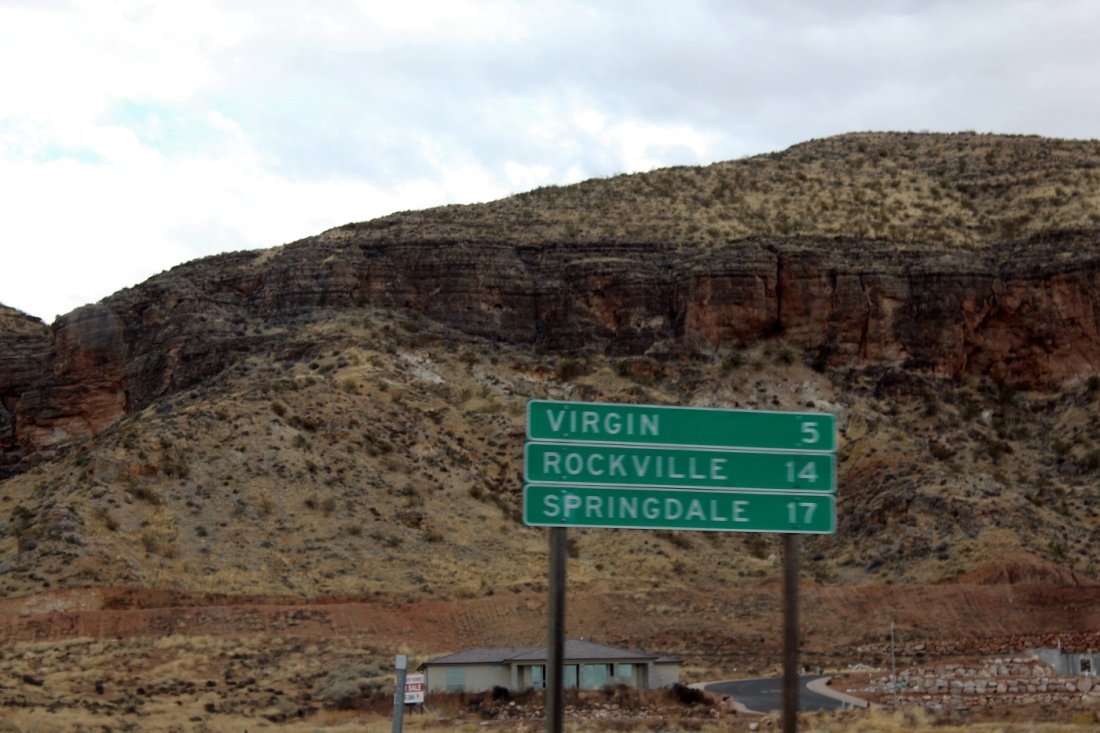 [And there is some nice scenery before you get there . . . ]

[Is that Hogwarts ahead?] 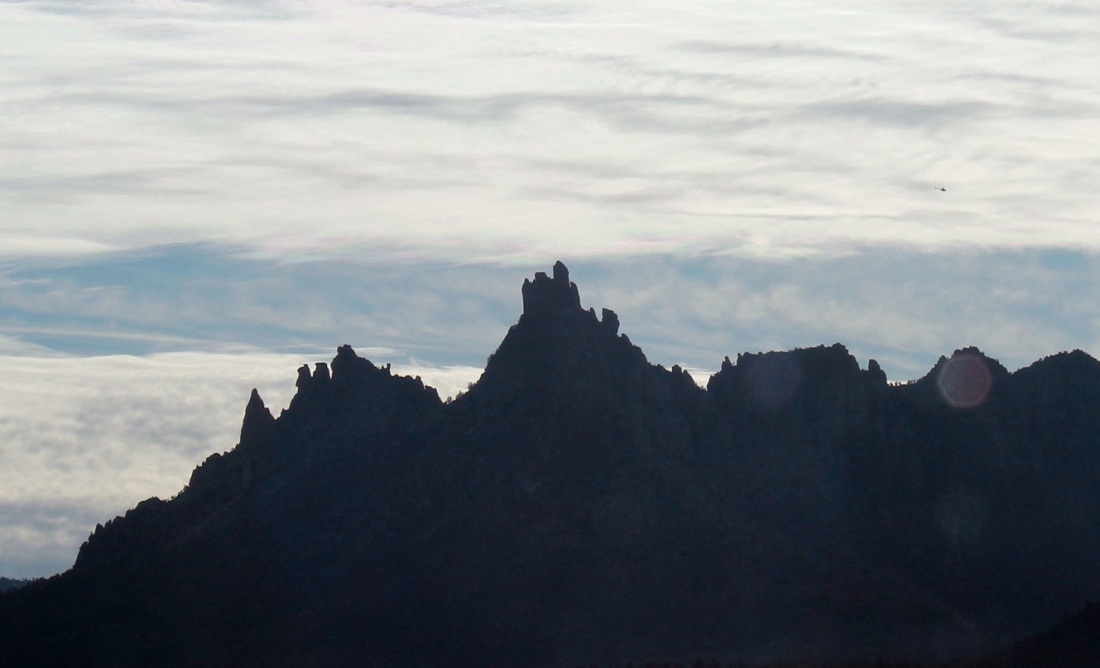 [Comes with a heliport?] 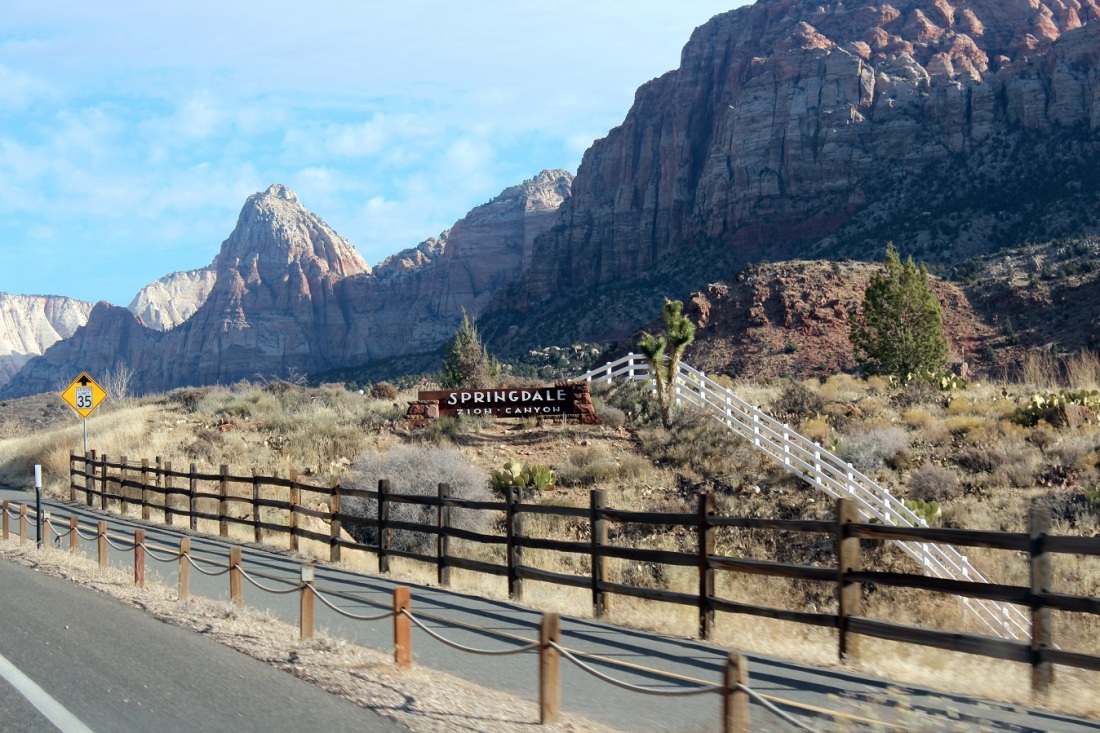 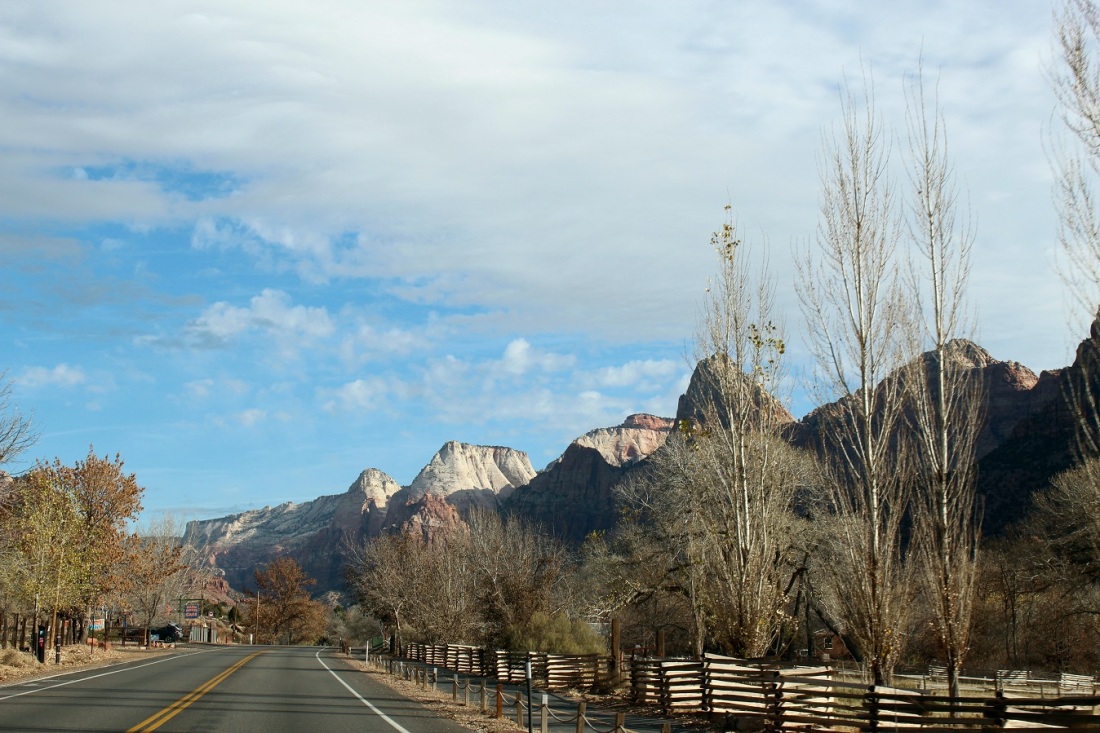 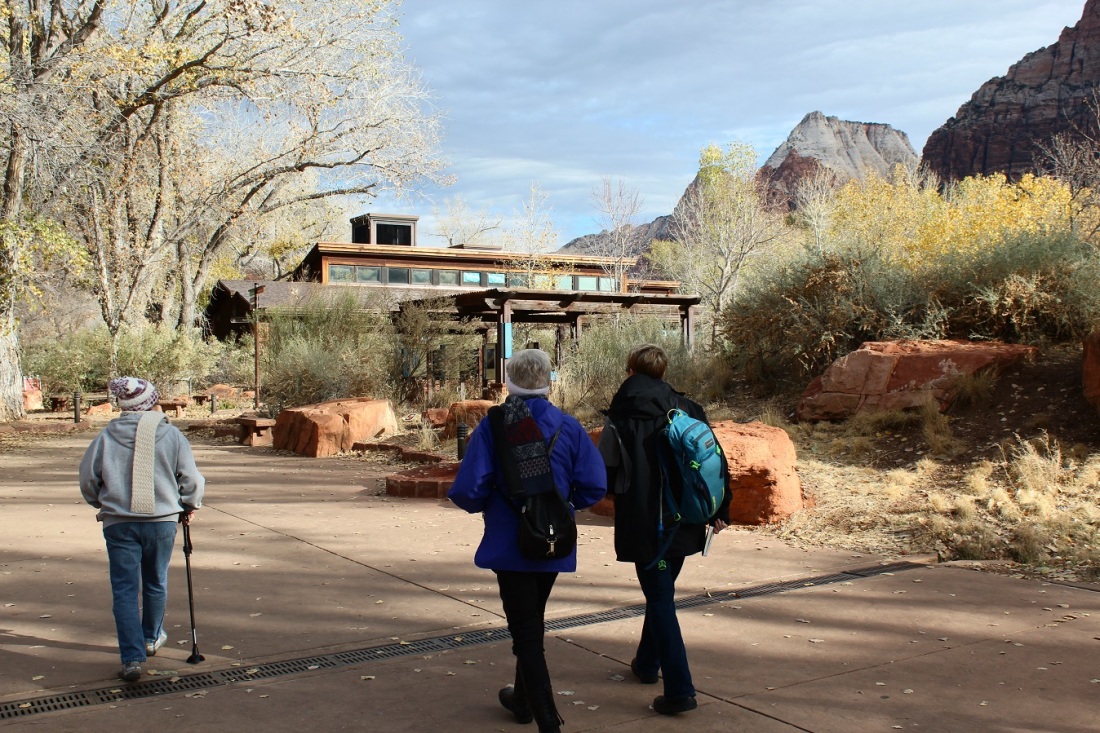 [And a close-up version for easy identification . . . ] 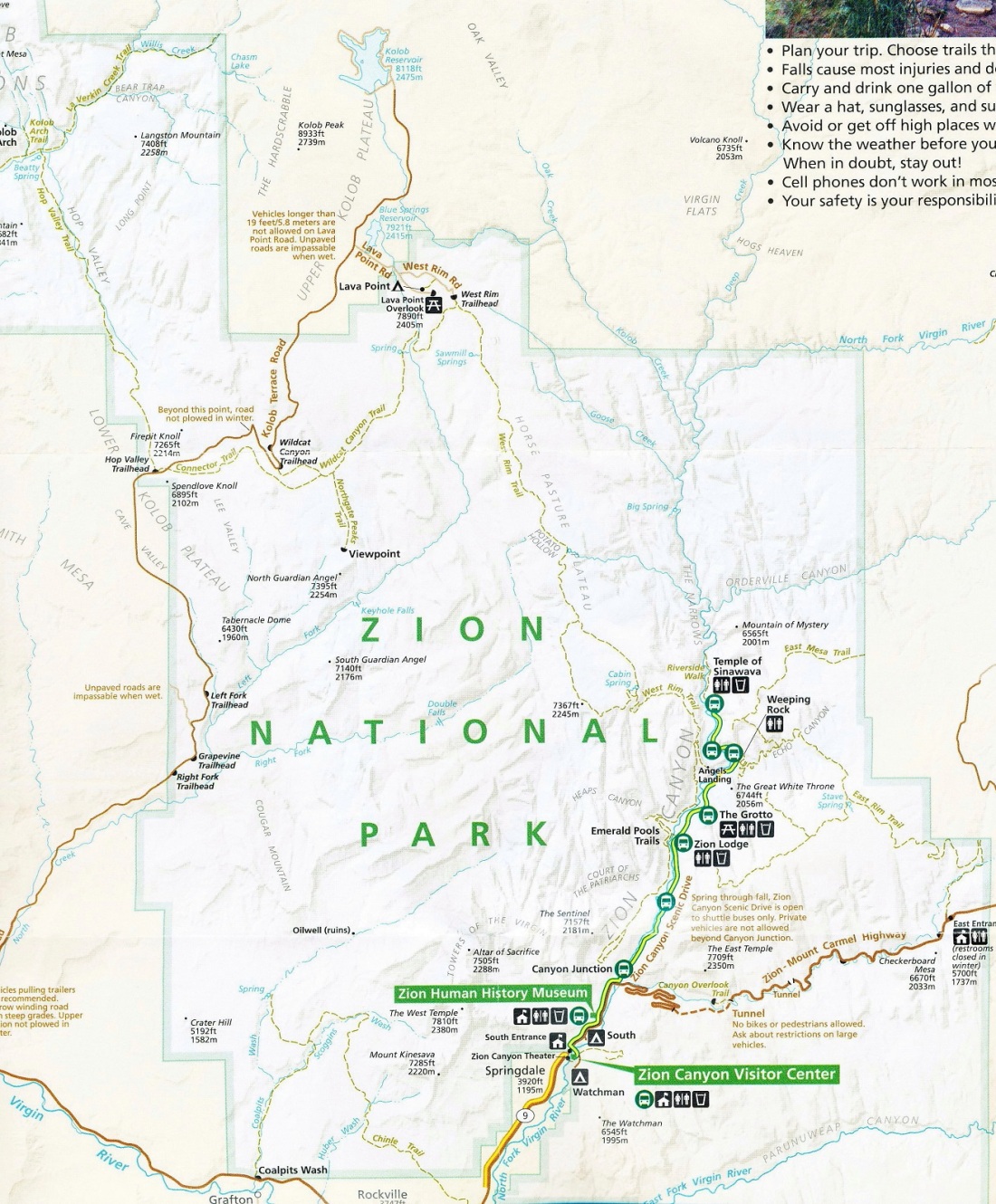 [Beth’s brother Dave joins her on our shuttle bus ride to the end of the park . . . ] 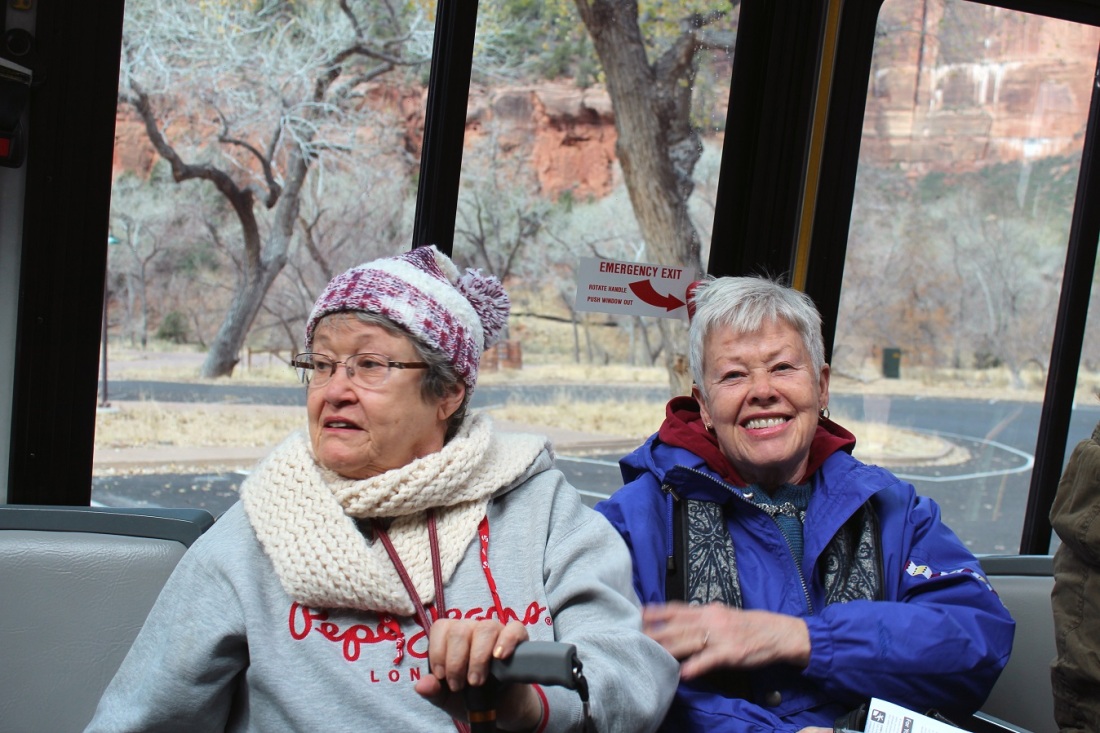 [The absence of greenery is what we find so striking about this part of the country.  So we reacted with glee upon discovery of a green cactus . . . ] 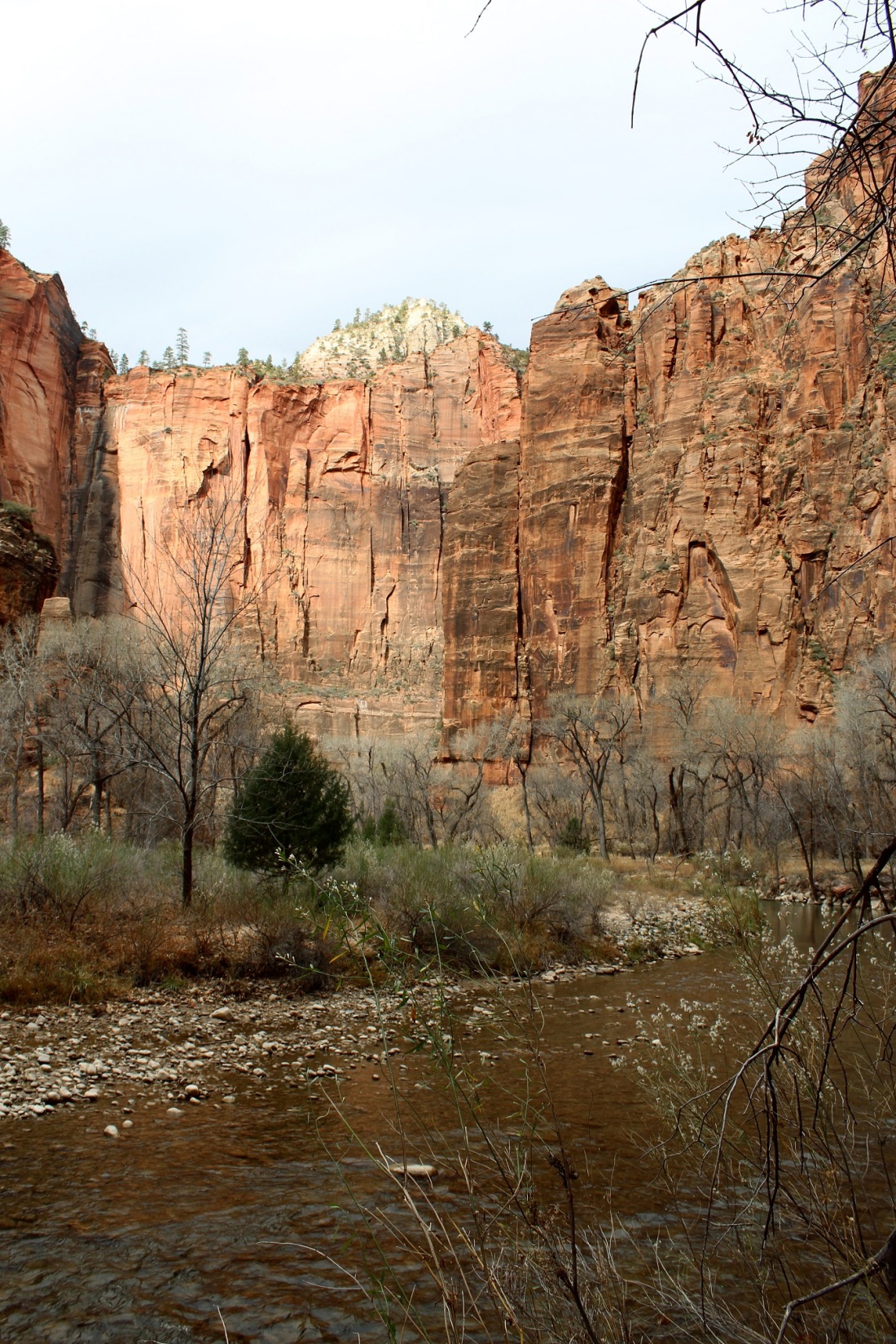 [Along the trail we occasional ran across a few obstacles . . . ] 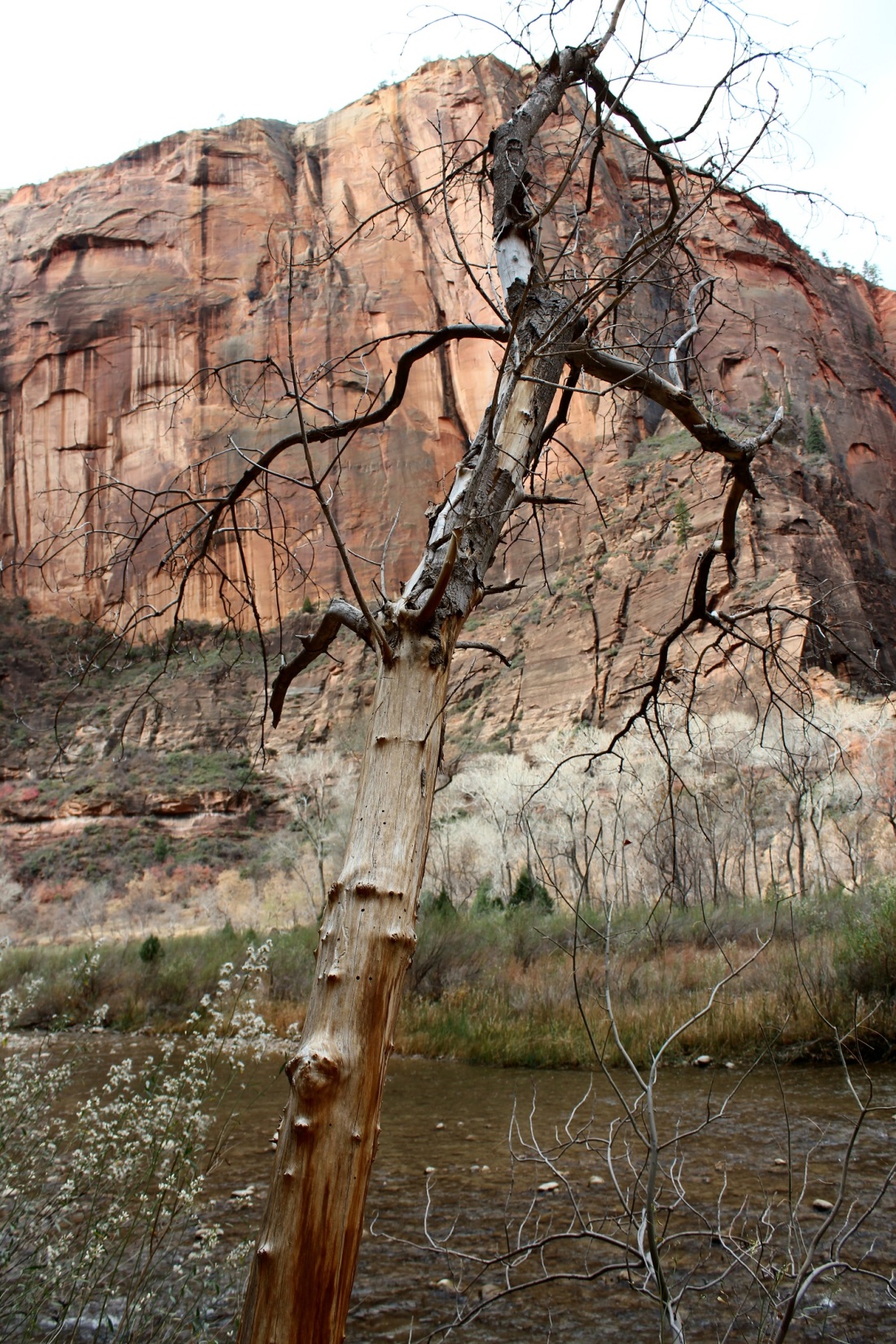 [Occasionally a flash of sunlight would strike a cliff . . . ] 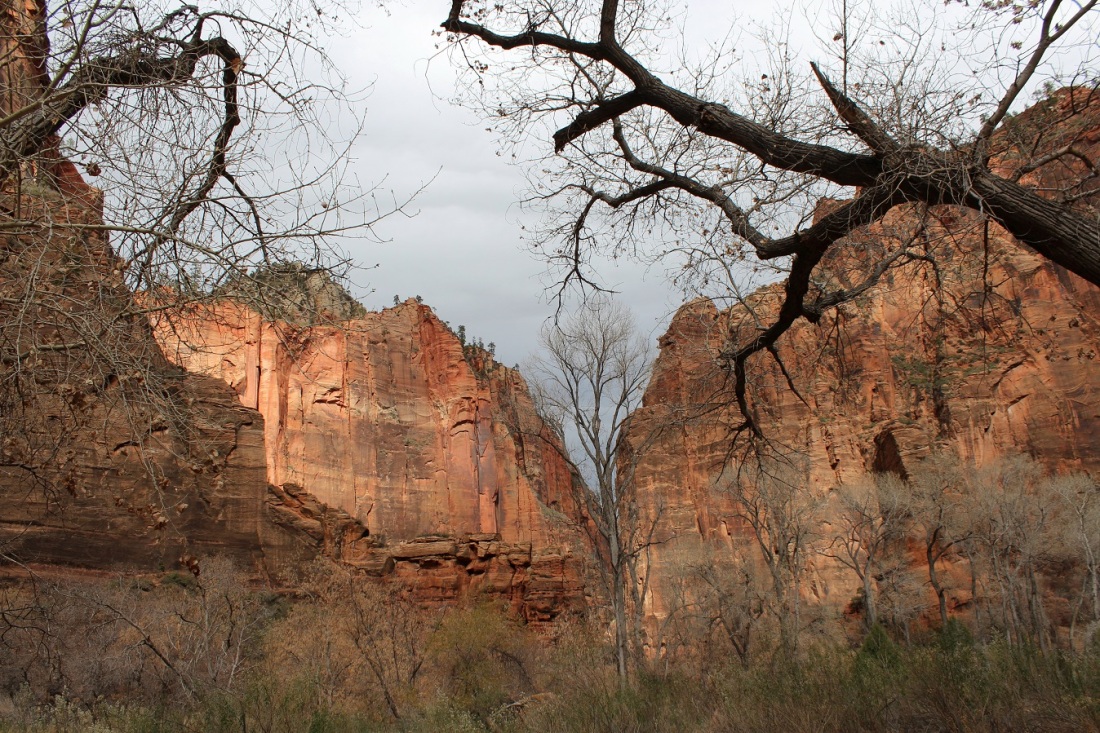 [A rock peak in the background; a green cactus in the foreground . . . ] 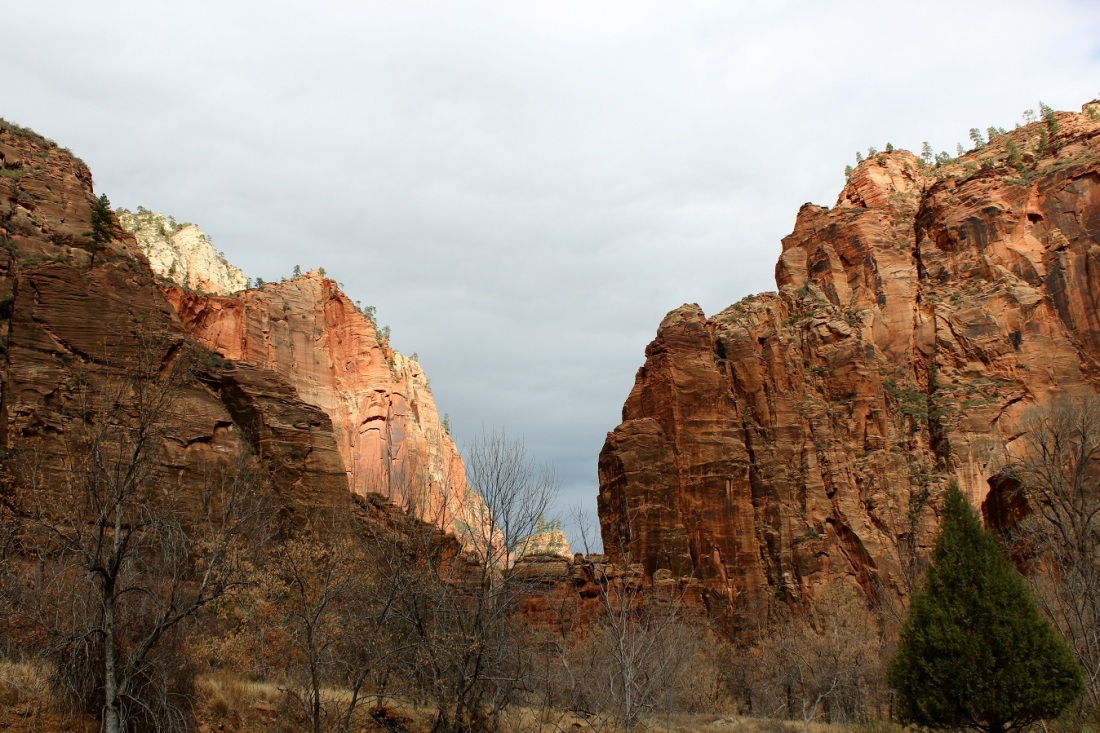 [The Virgin River, which eventually flows into the Colorado . . . ] 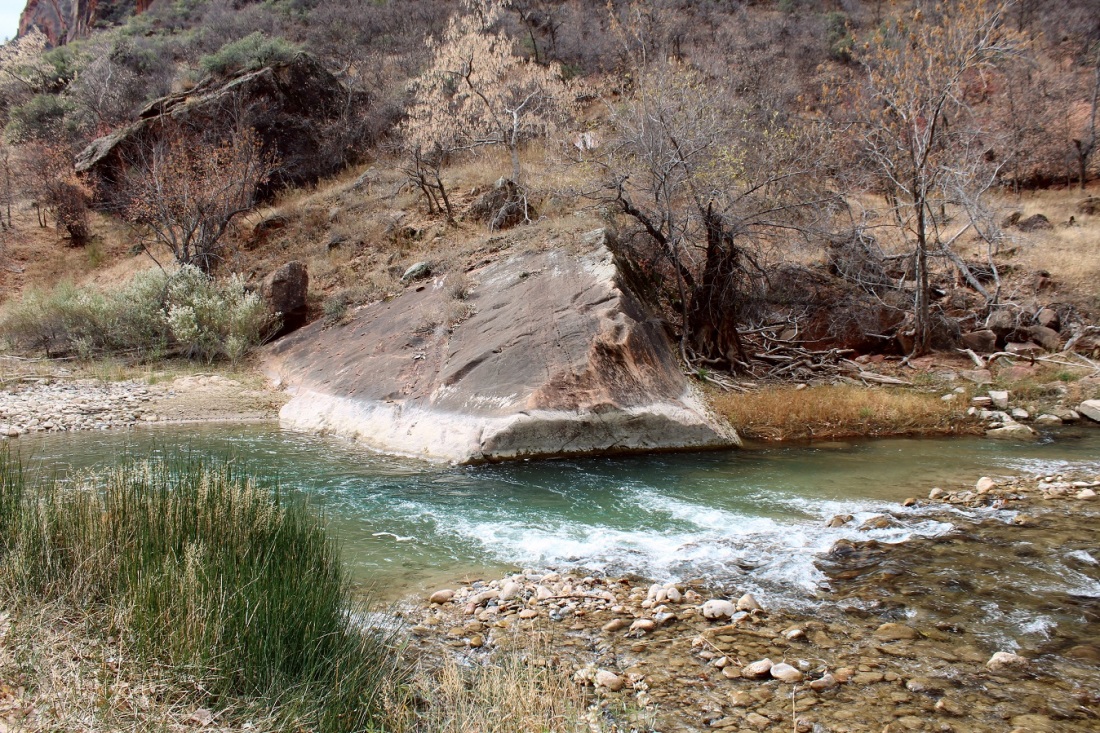 [I eventually reported this as a violation of the ADD – there should be an escalator for older people to breach the fallen log . . . ] 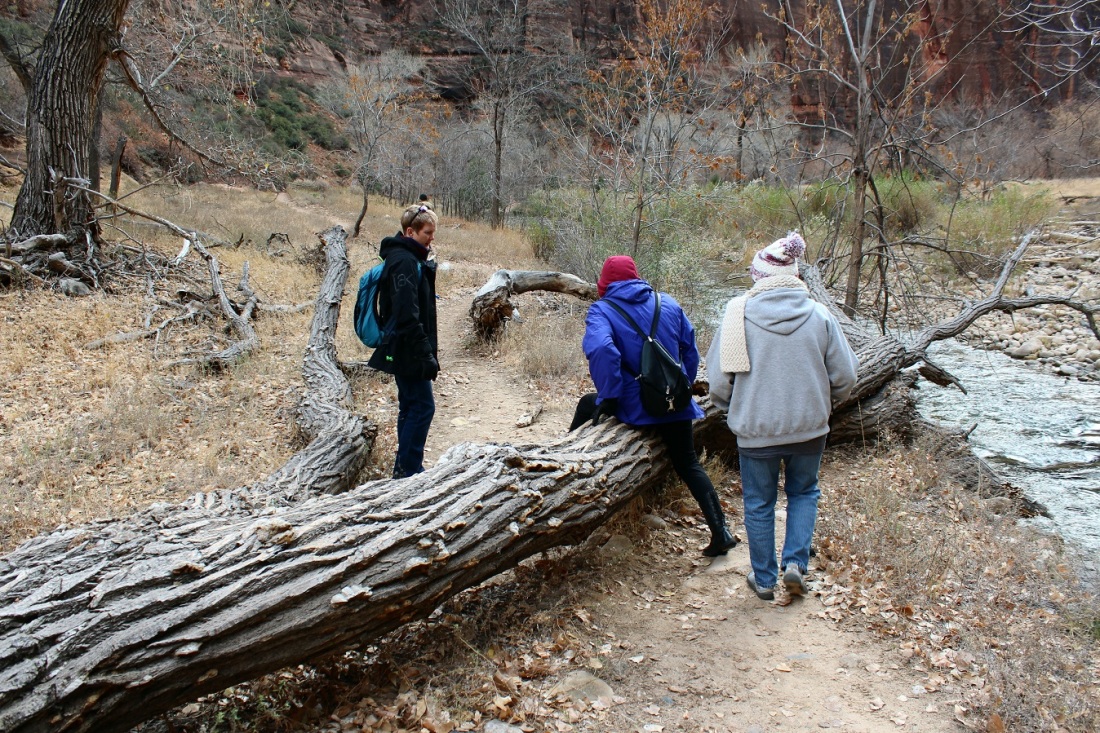 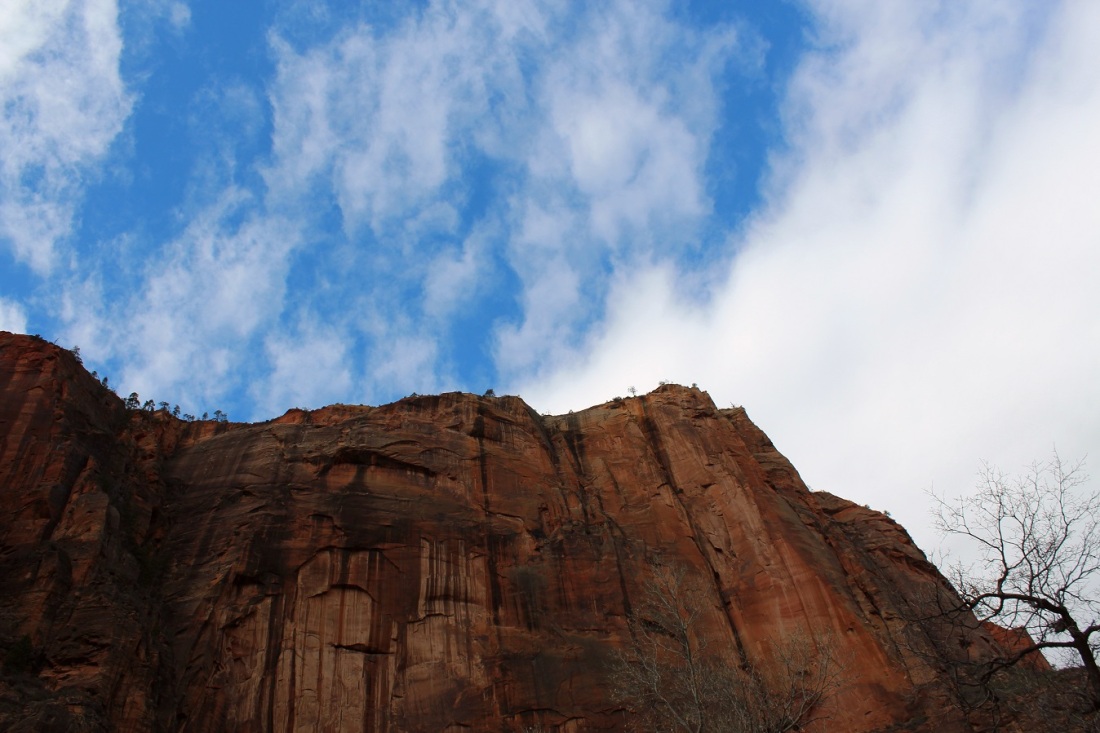 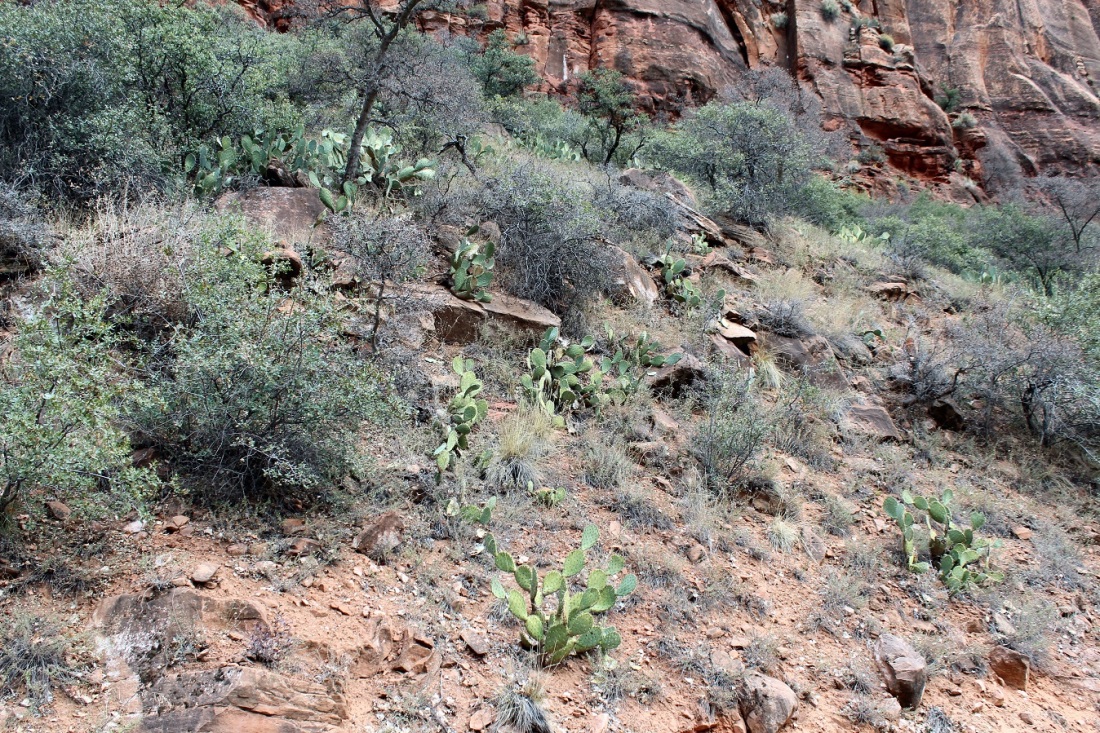 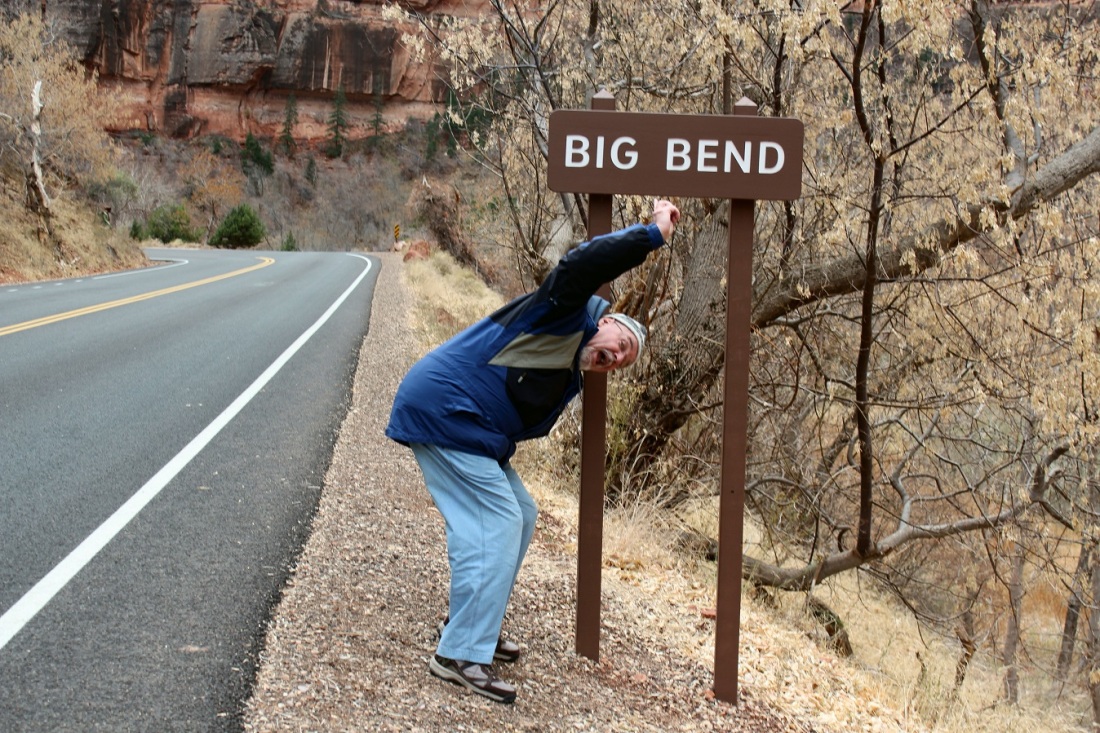 [Since only shuttle buses can use this road, we were relatively safe here as we neared a shuttle bus stop where we got on again . . . ]

[These were actually real live ungulates photographed through the bus windows . . . ] 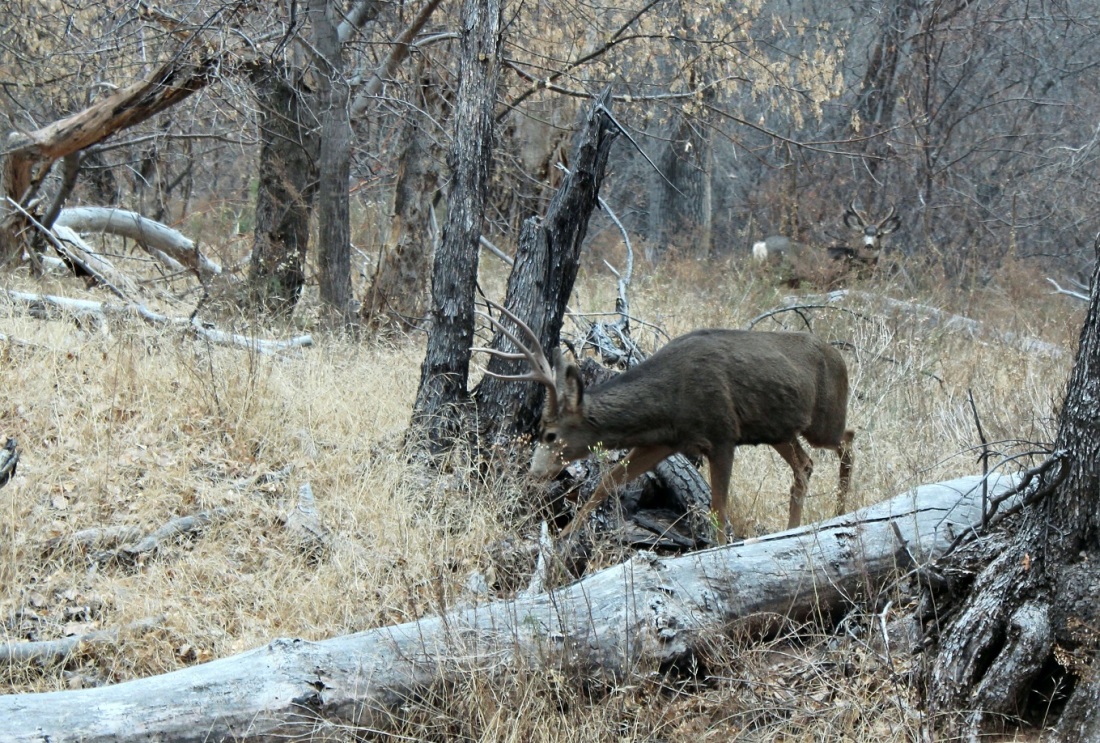 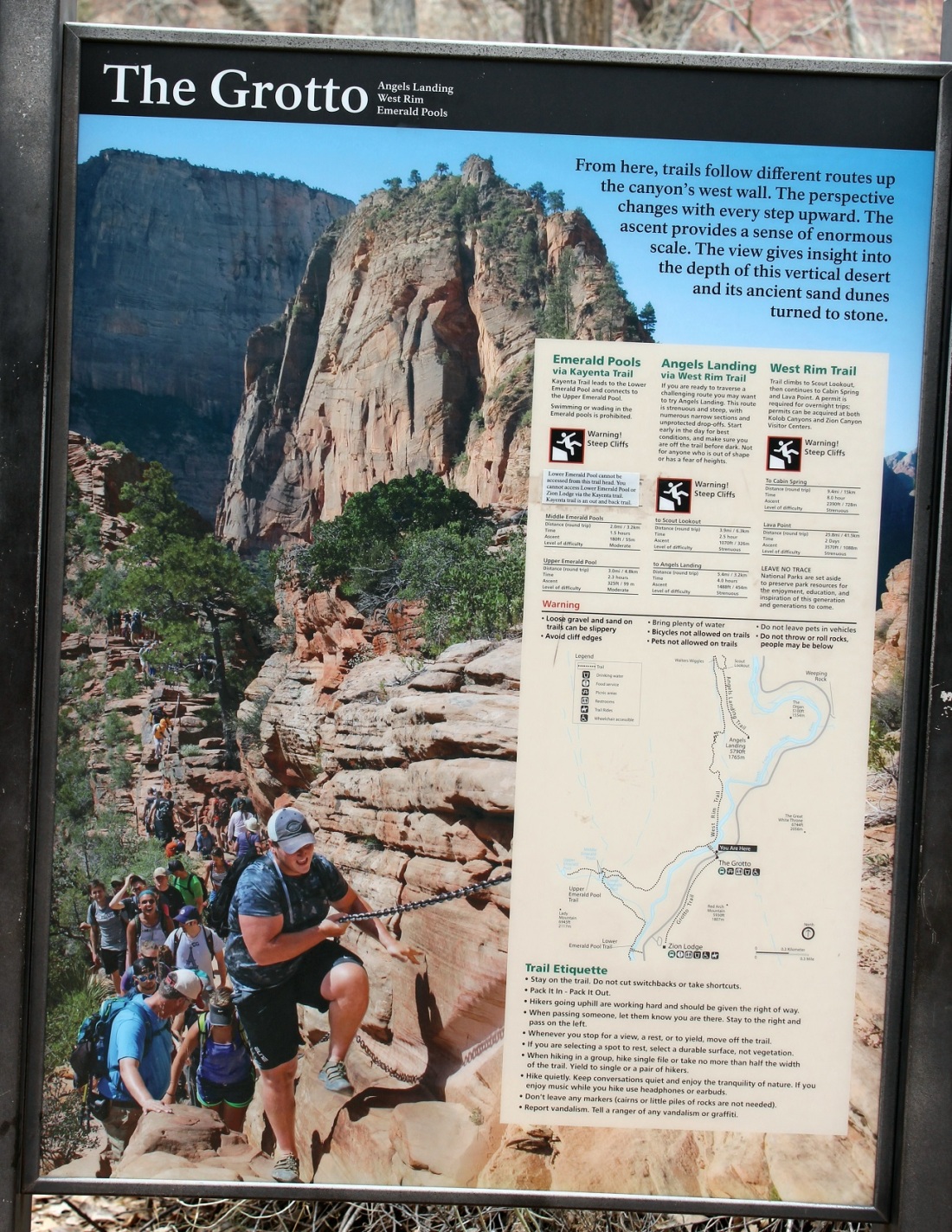 [There it is – we could see people up there but without my telephoto lens I couldn’t get any shots of them . . . ] 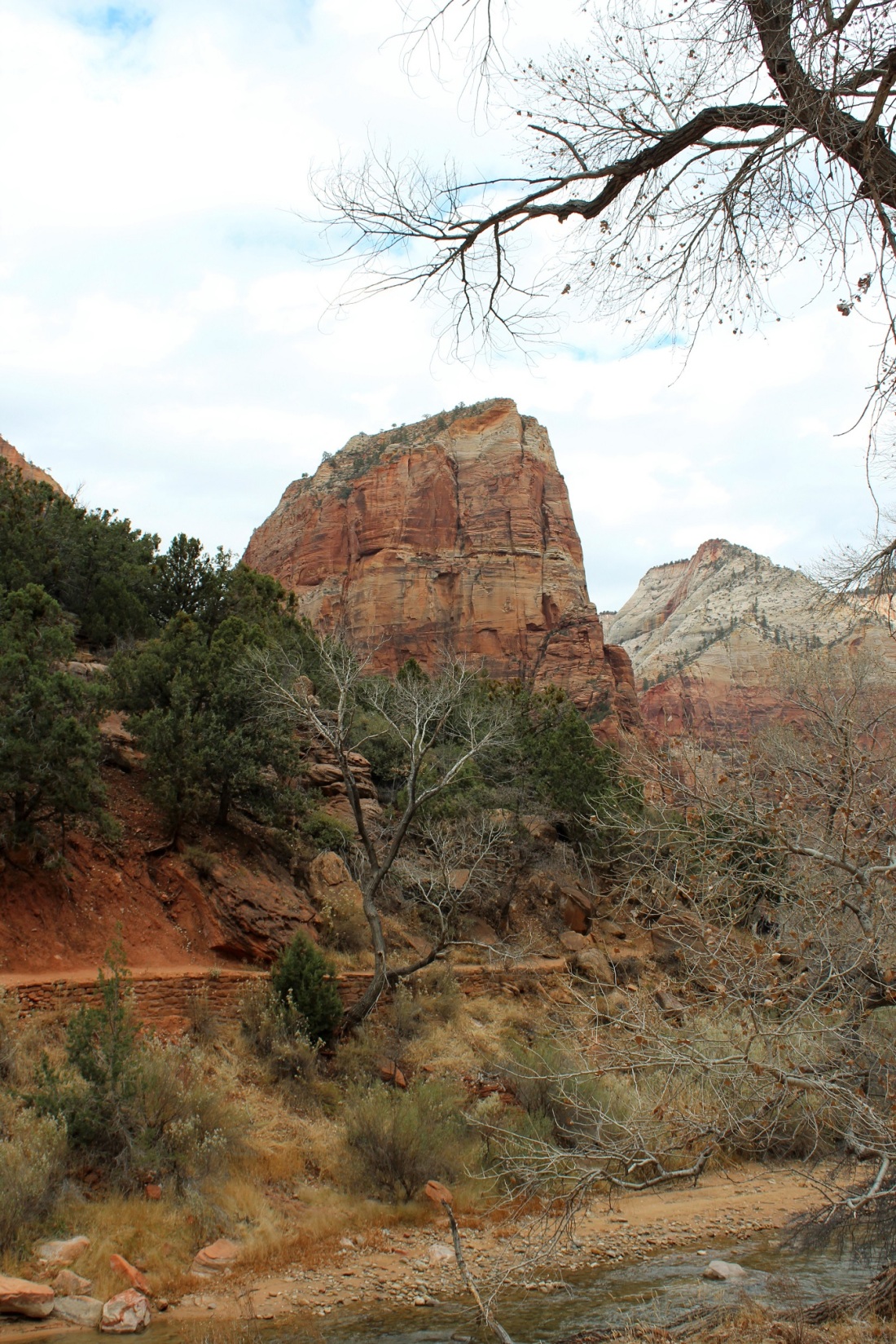 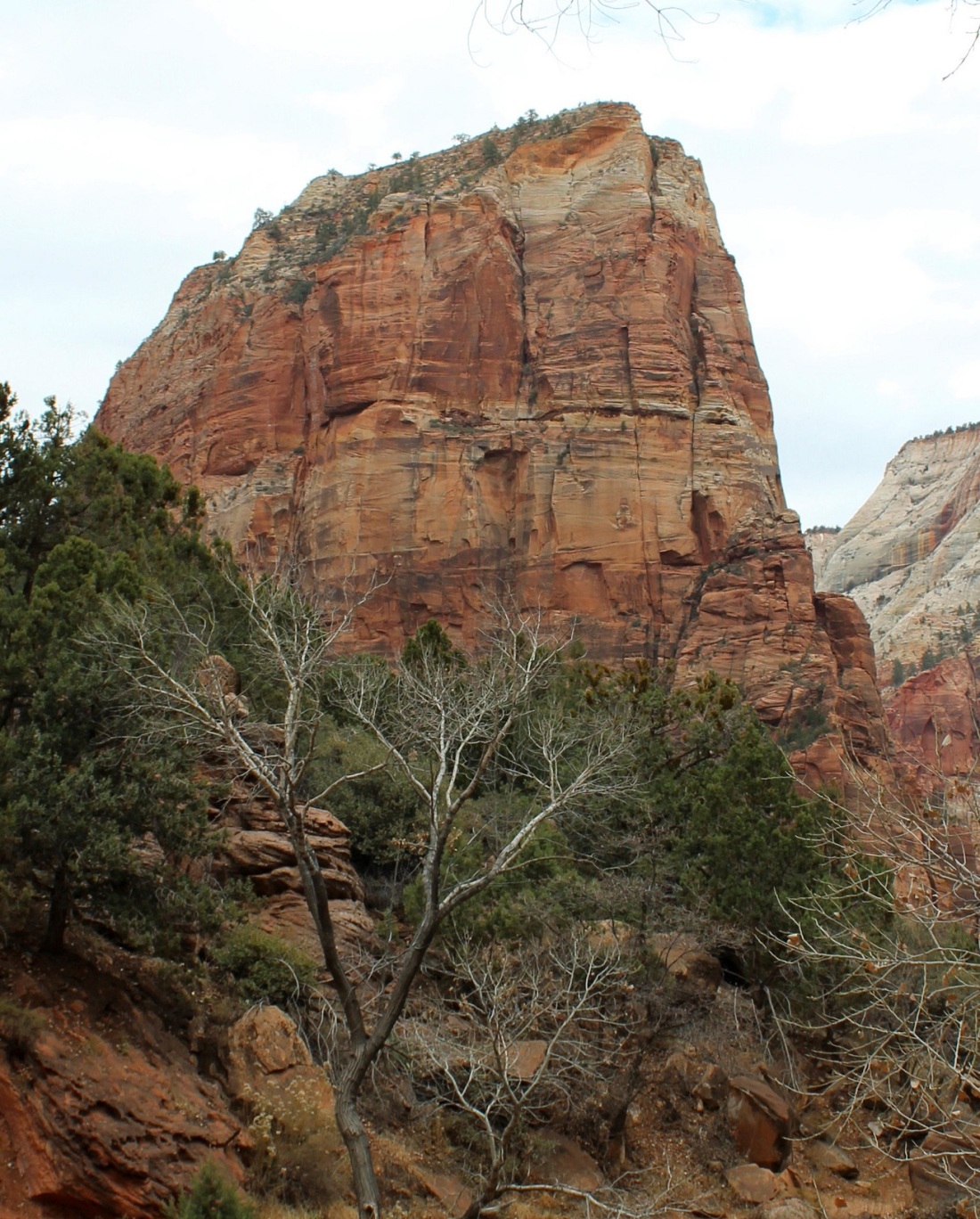 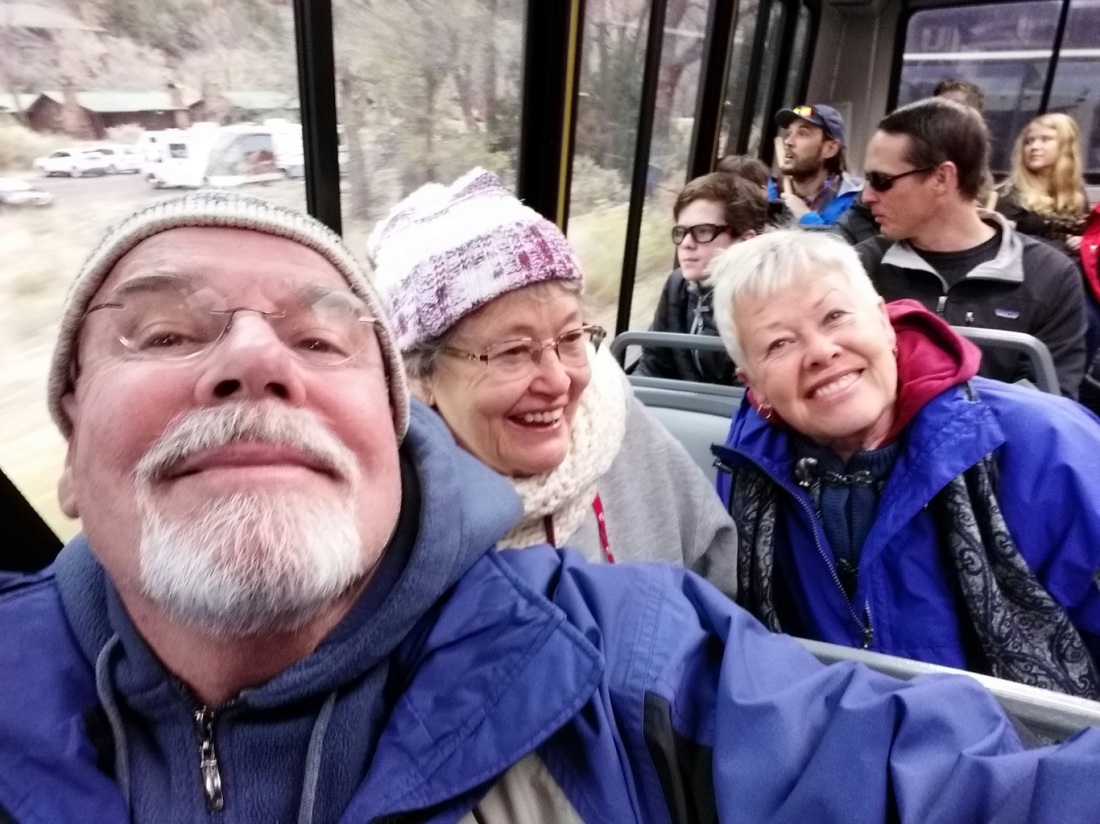 You know that just before the first Thanksgiving there was one wise old Native American woman saying, Don’t feed them. If you feed them, they’ll never leave.    ~  Dylan Brody

One thought on “Thanksgiving, Utah (Part 3)”