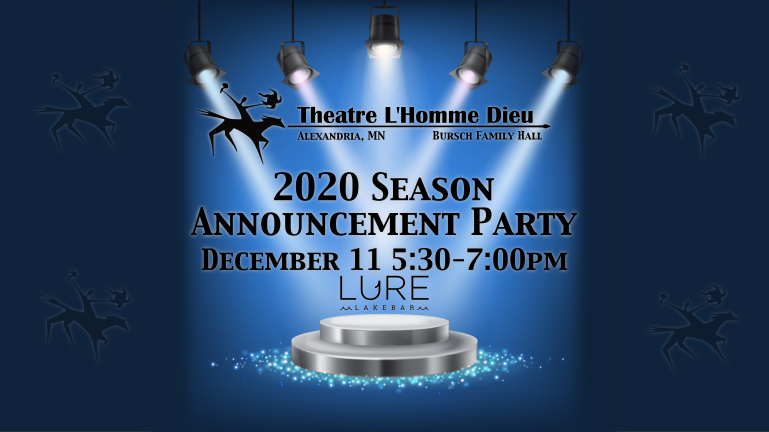 [Arriving at the Lure ahead of us was an obvious member of the Alexandria Area High School carolers . . . ] 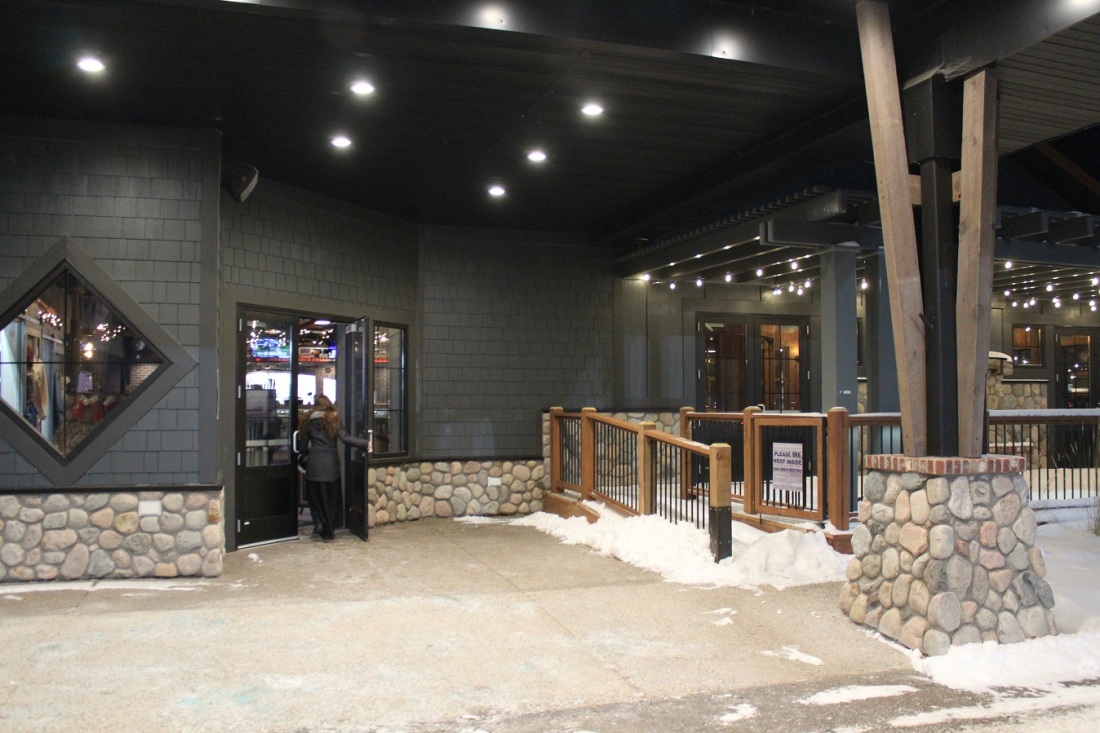 [An overflow crowd led to our booth seating overlooking the kitchen . . . ] 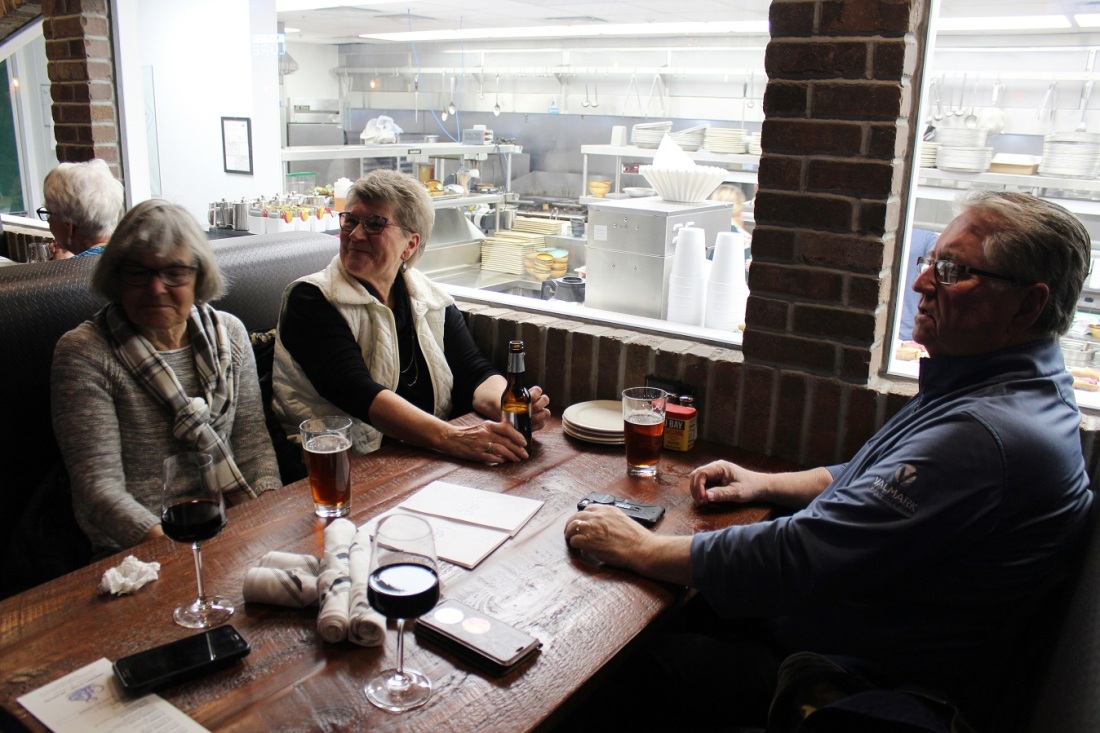 [The view from our booth of the evening’s musical entertainment – Greg Donahue on violin (or fiddle, depending on the song) and Erik Schultz on guitar . . . ] 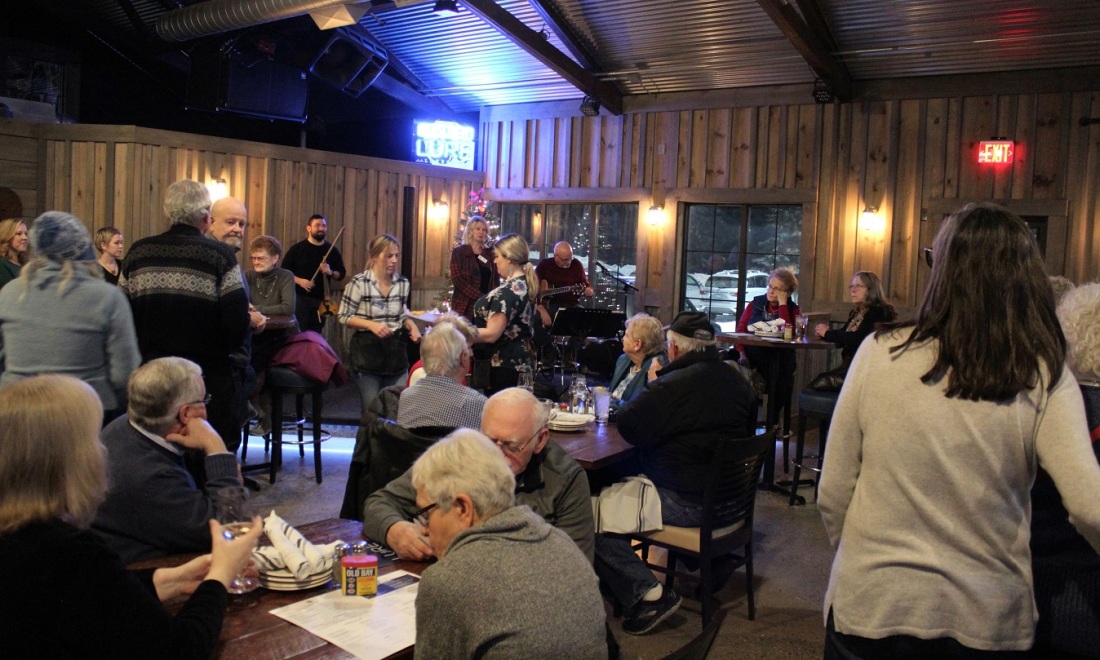 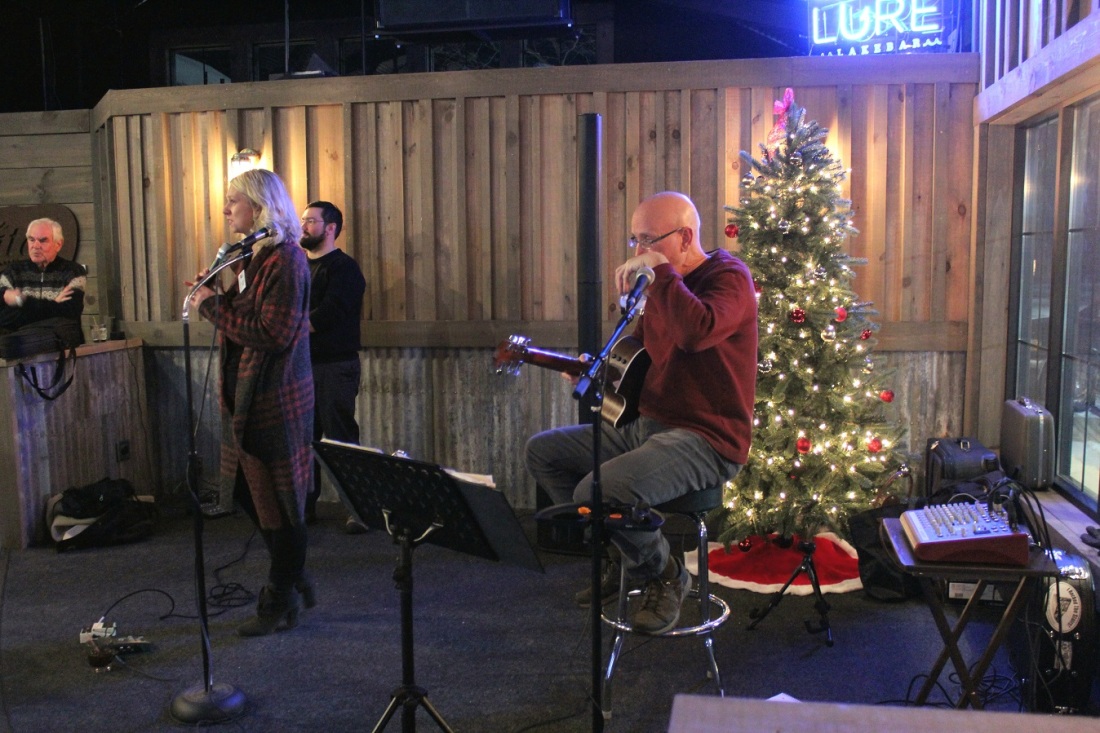 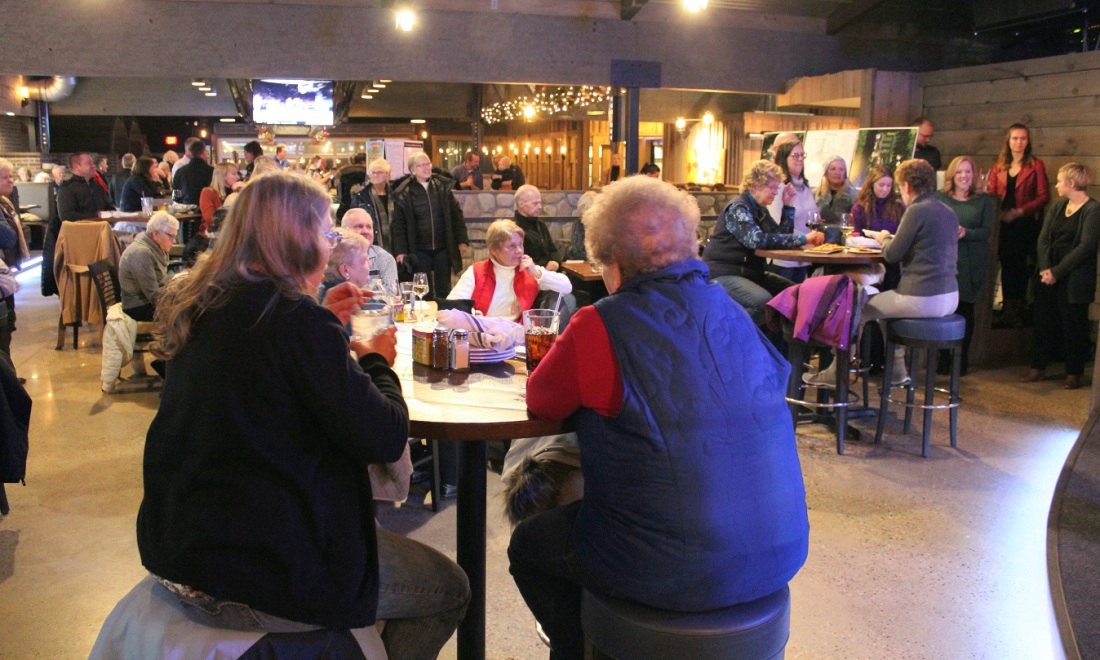 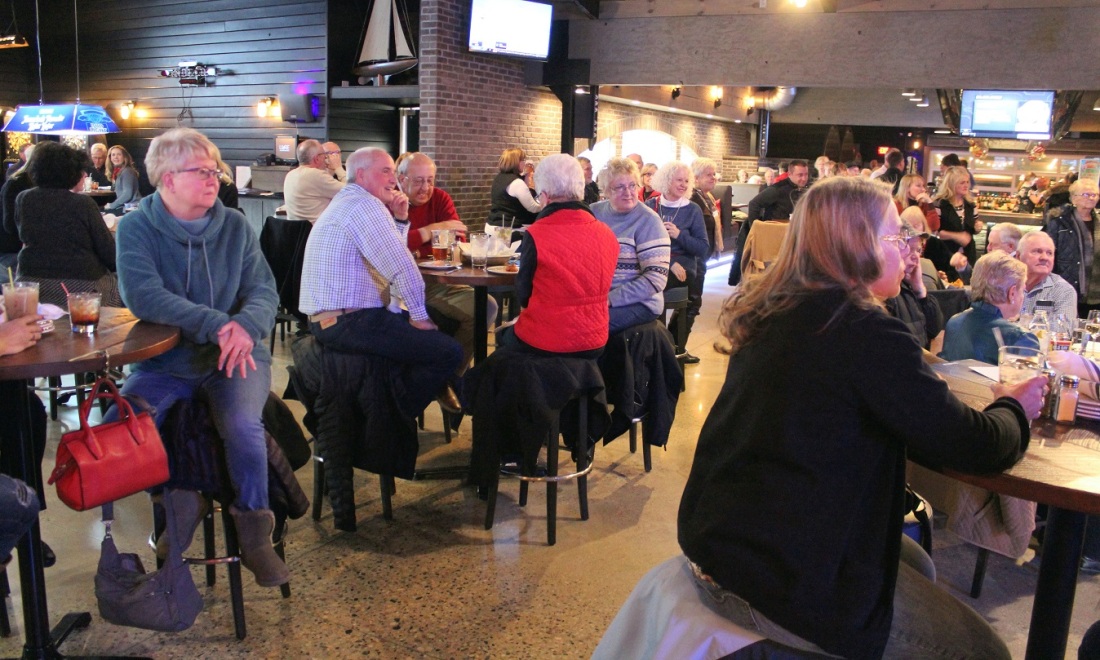 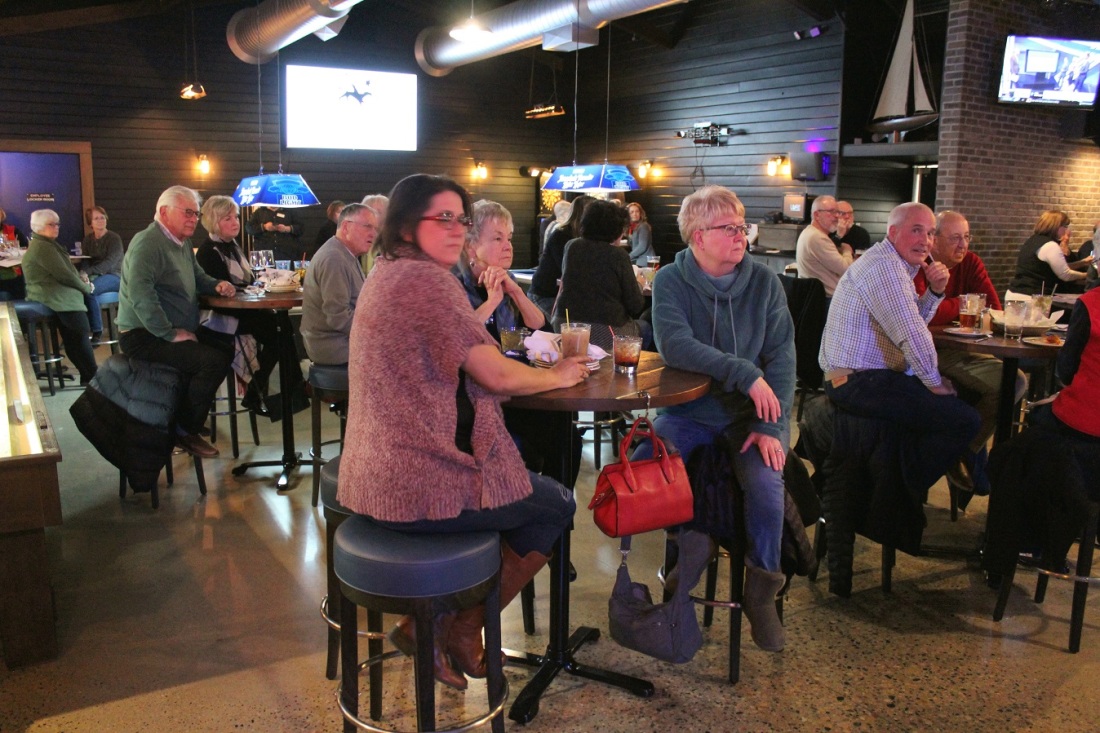 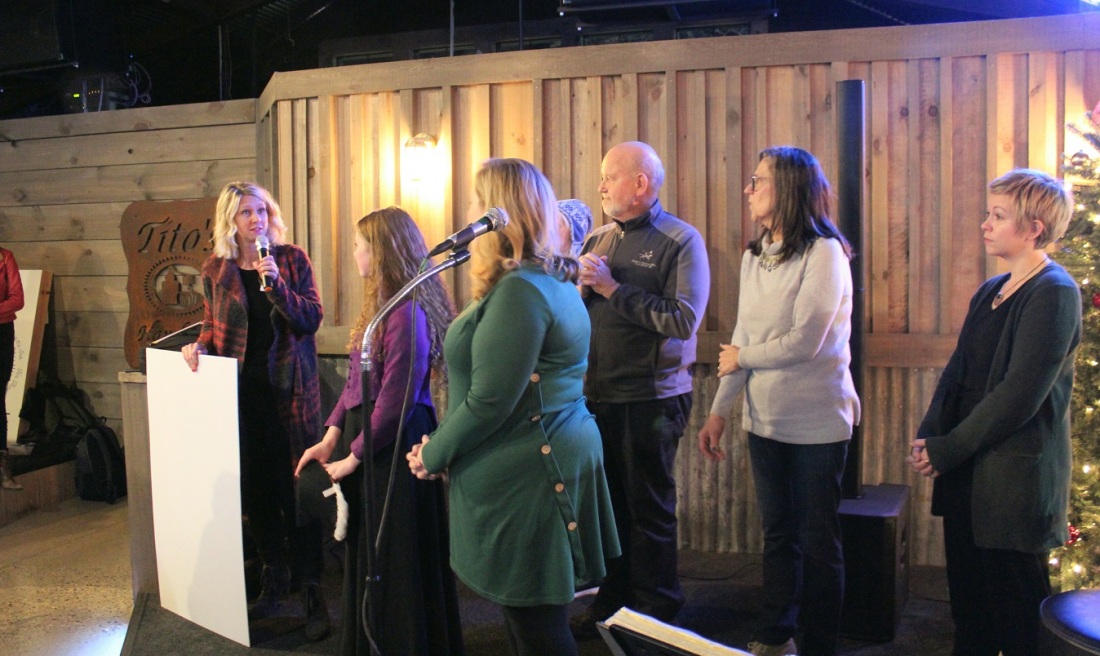 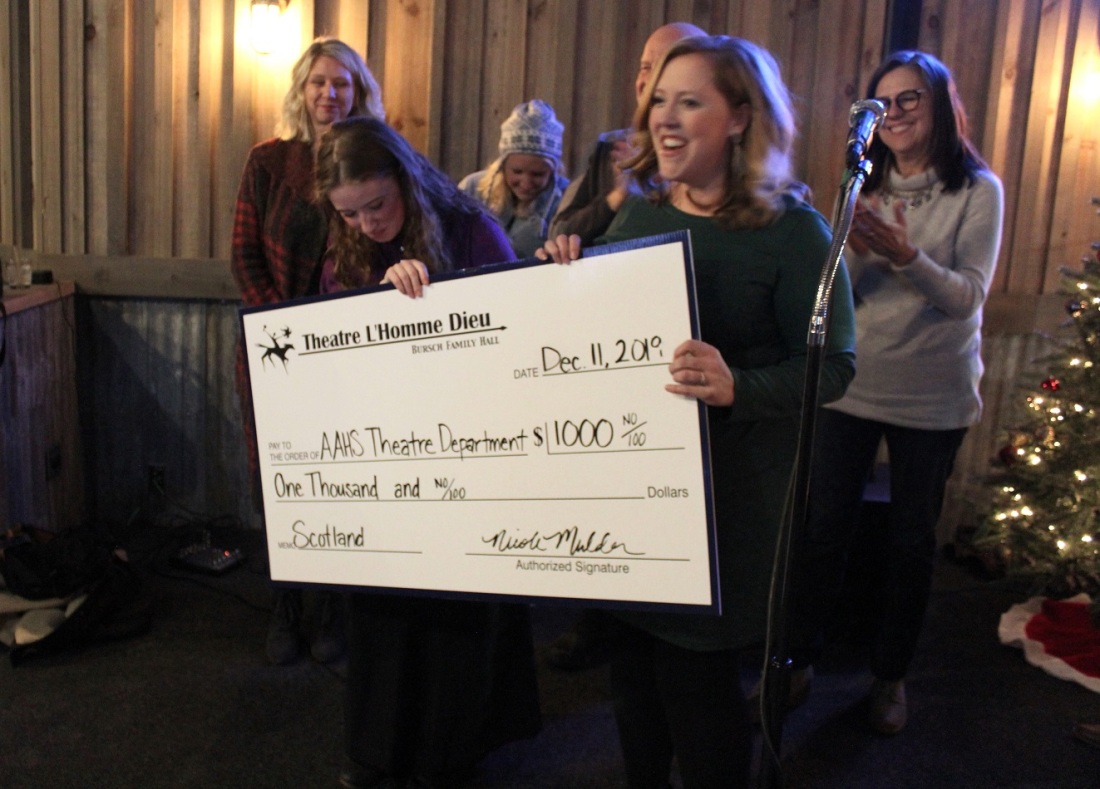 [To help fund AAHS participation in the Edinburgh, Scotland, Theatre Festival next year.] 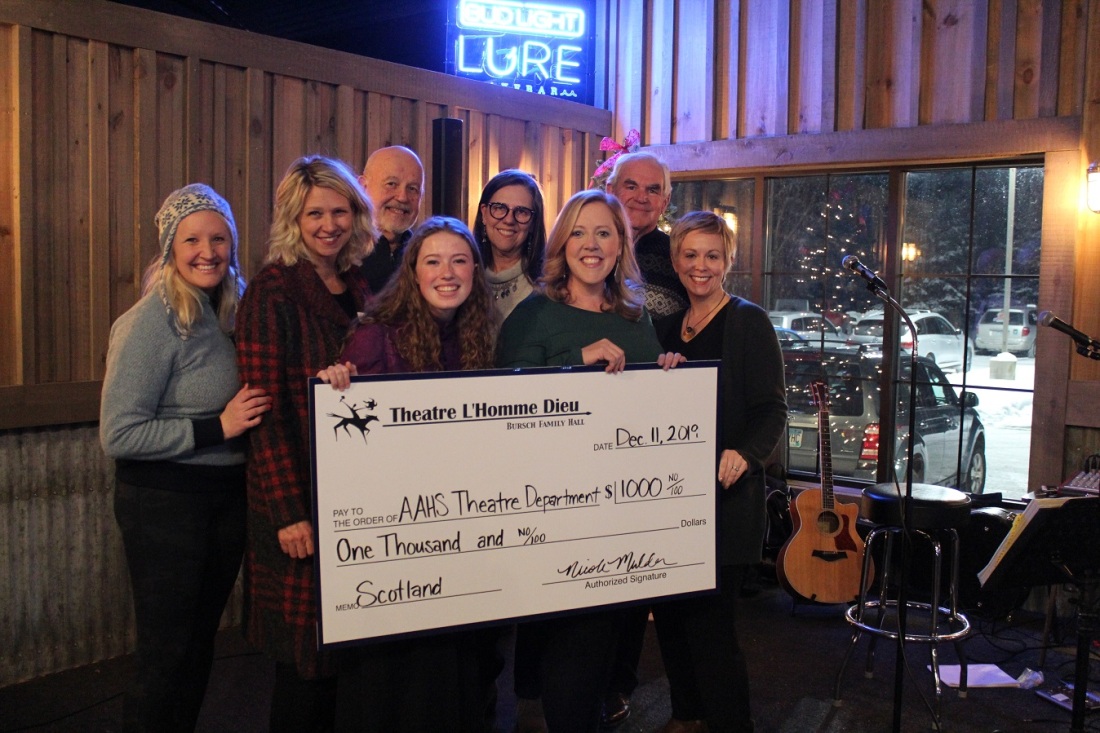 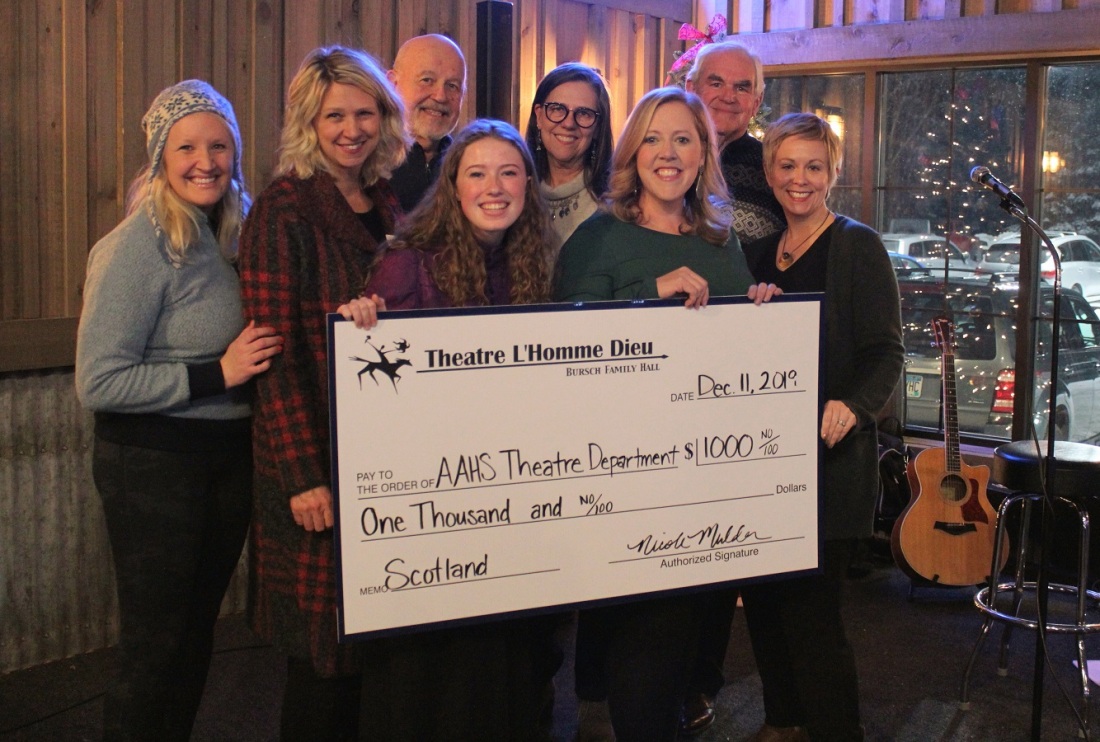 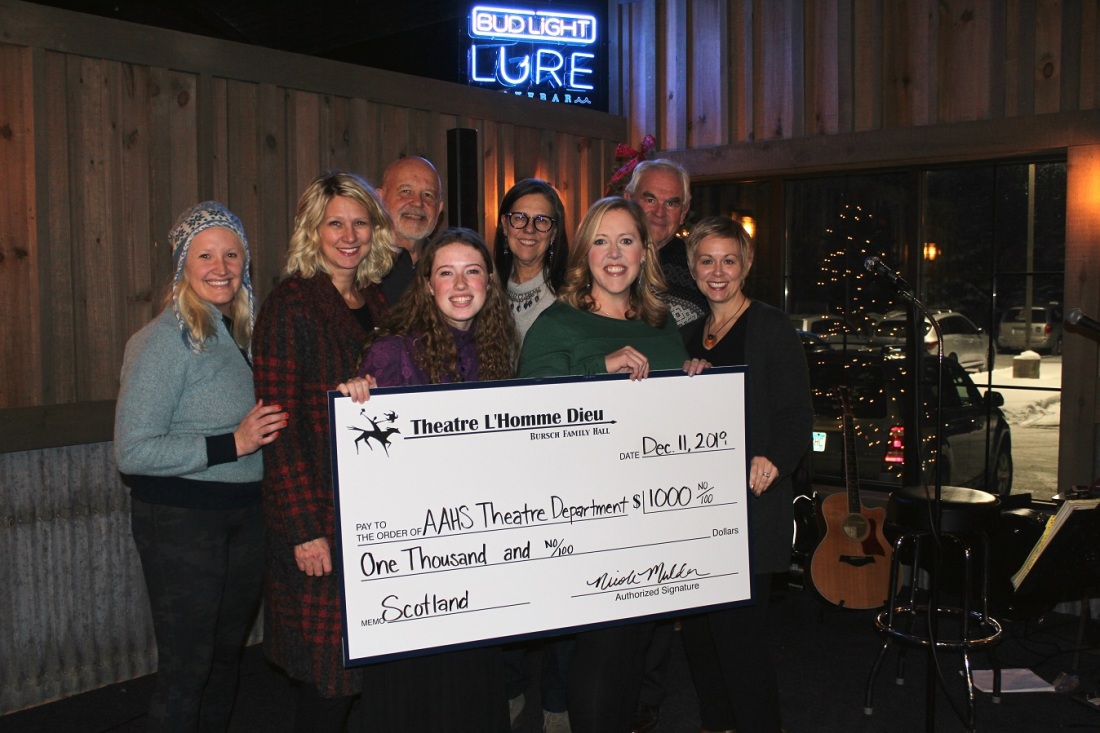 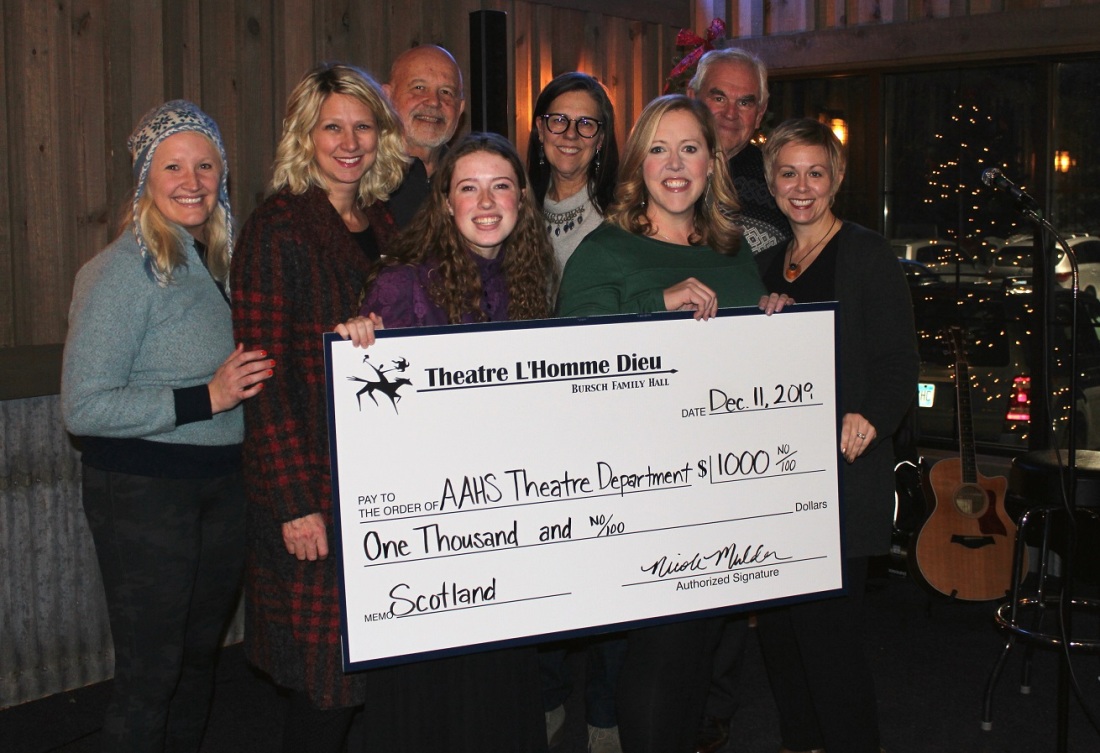 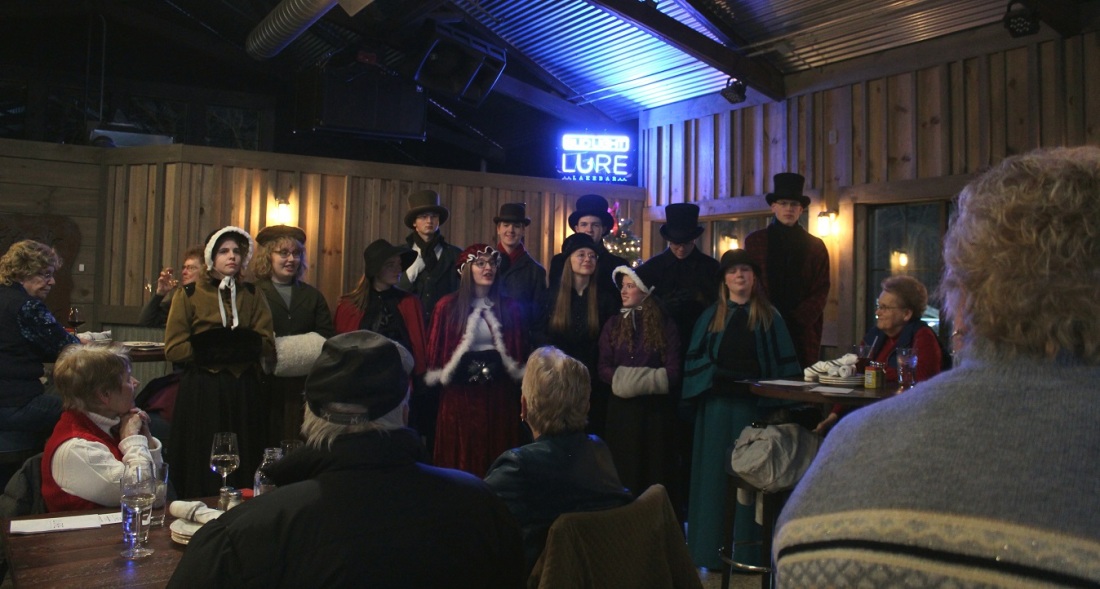 [A second video was overwhelmed by the ambient sounds of the party . . . ] 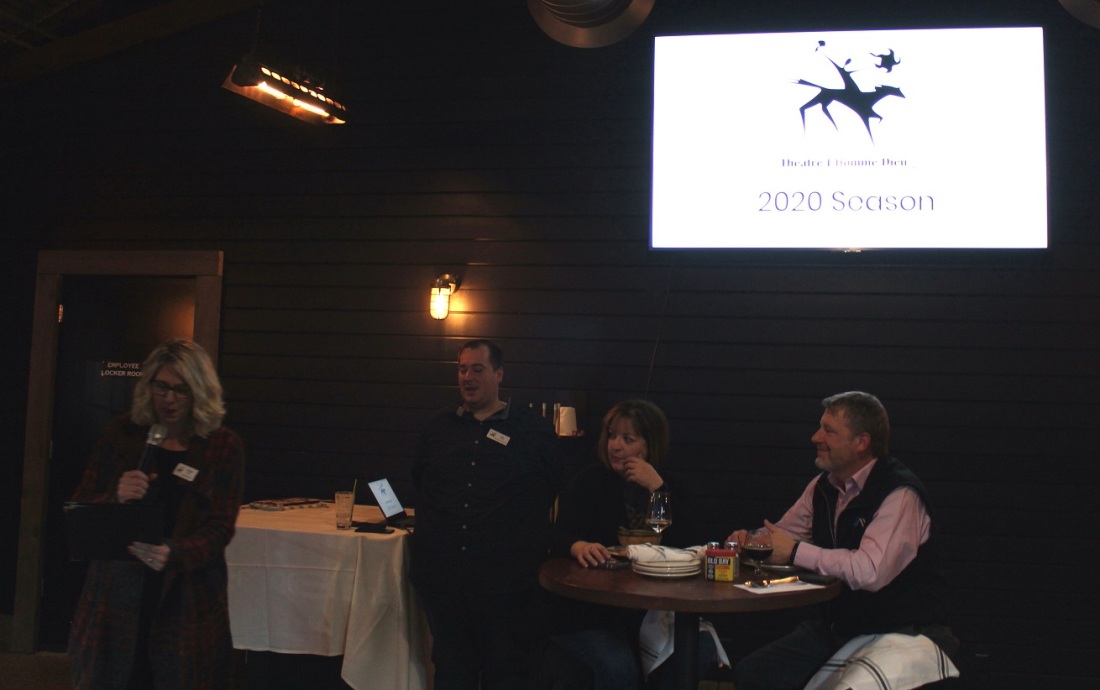 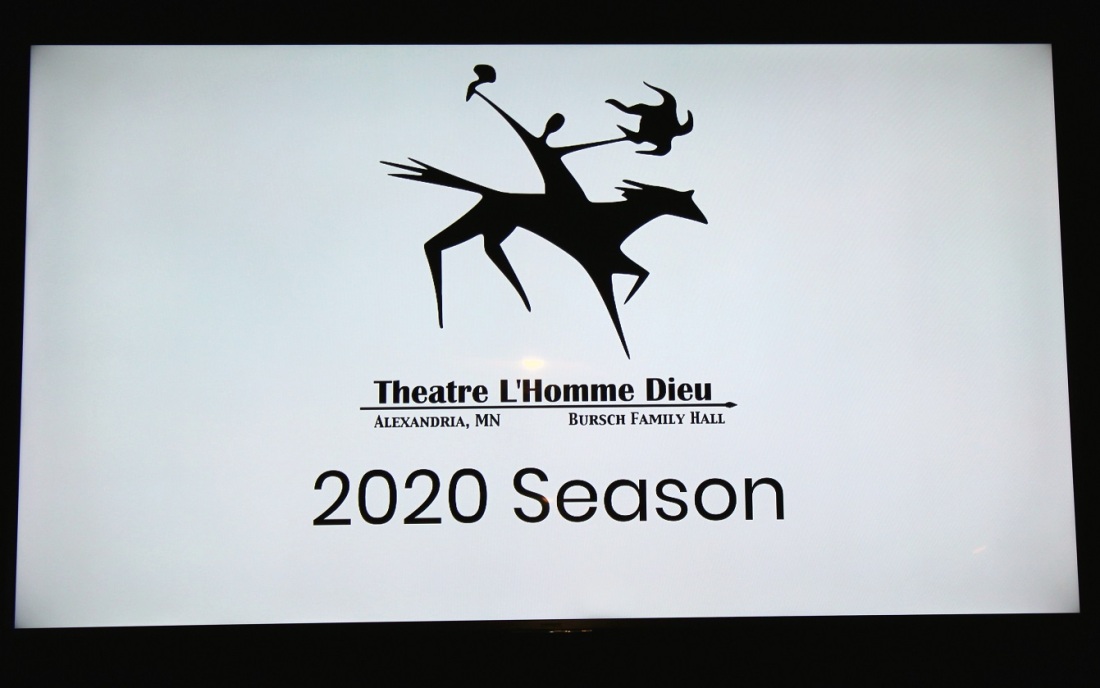 [And with recognition of Phil Eidsvold, who after 9 years on the board will now take on an emeritus status as organizer of the annual fundraising soiree . . . ] 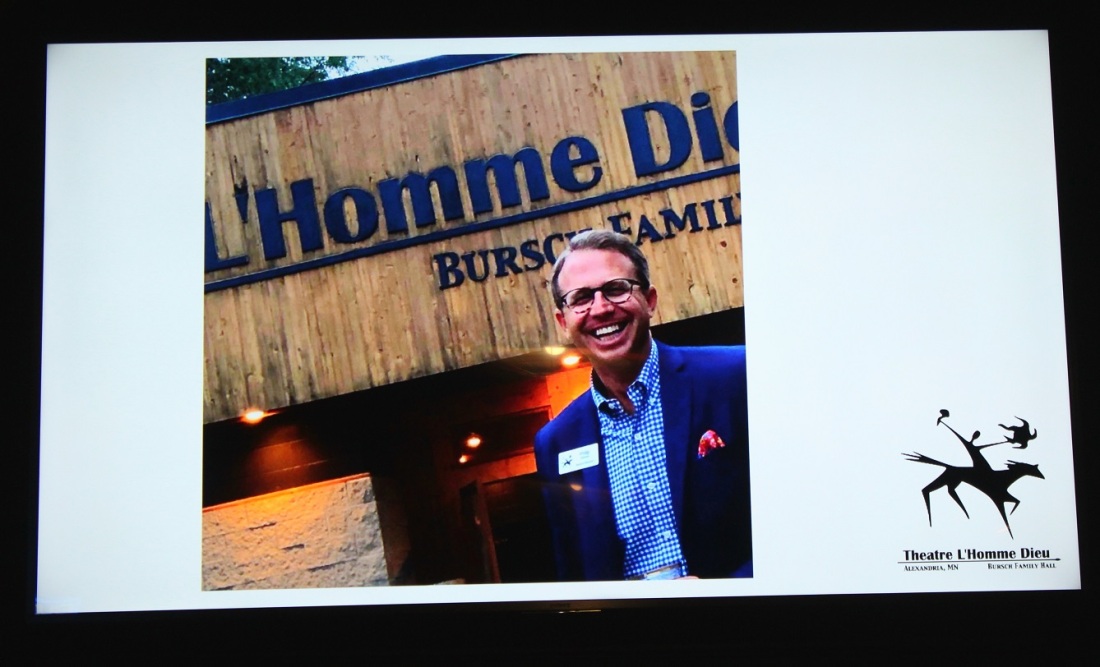 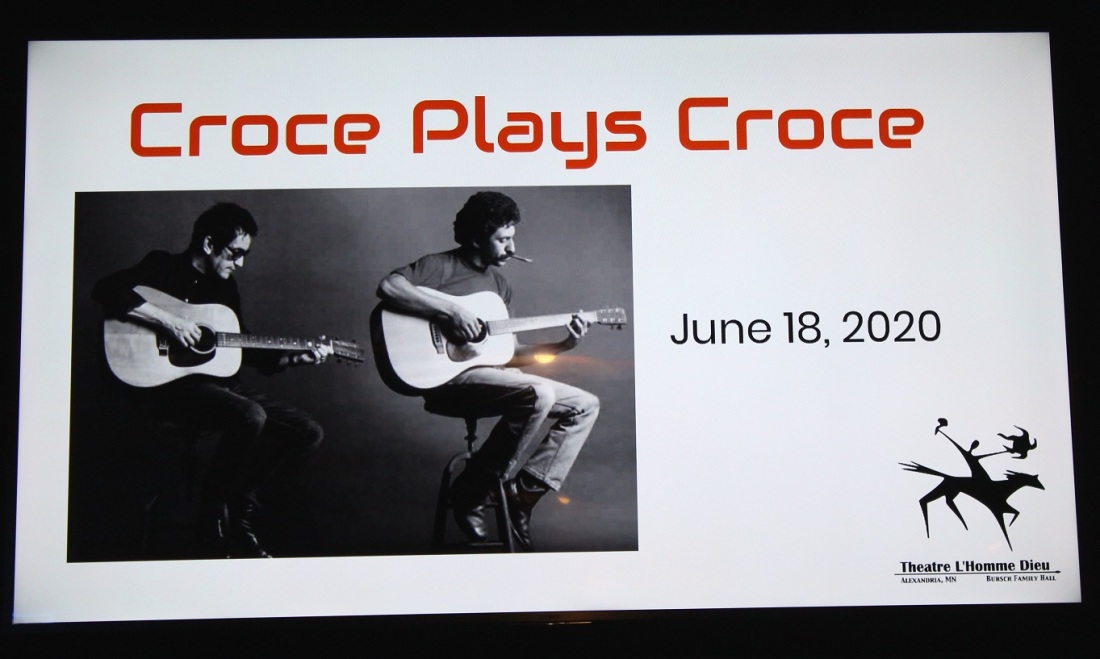 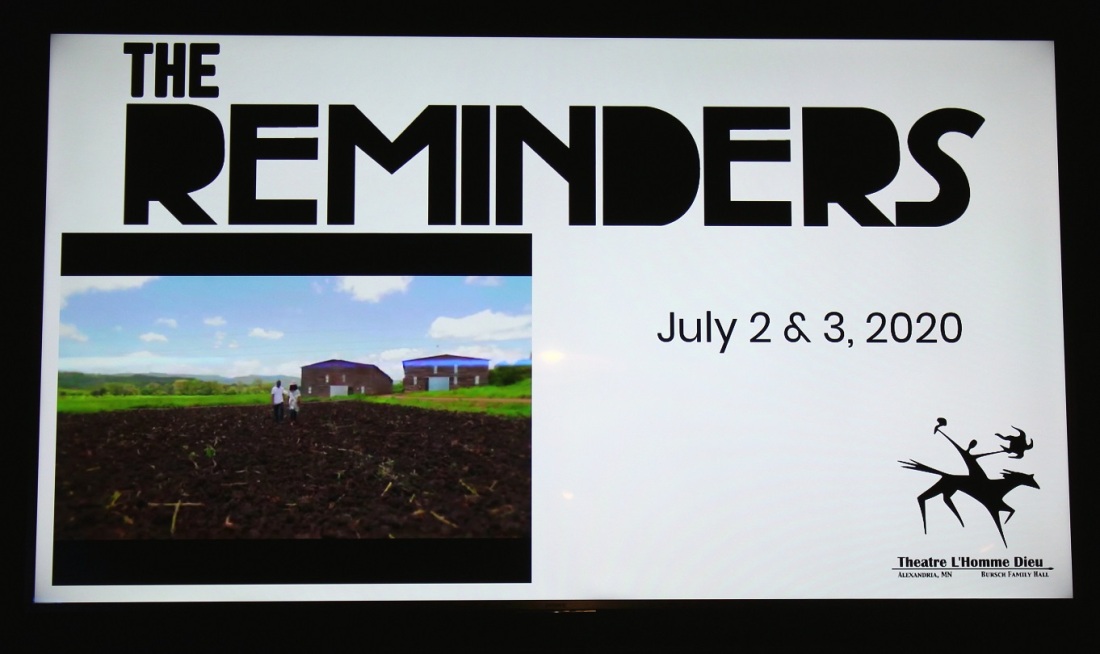 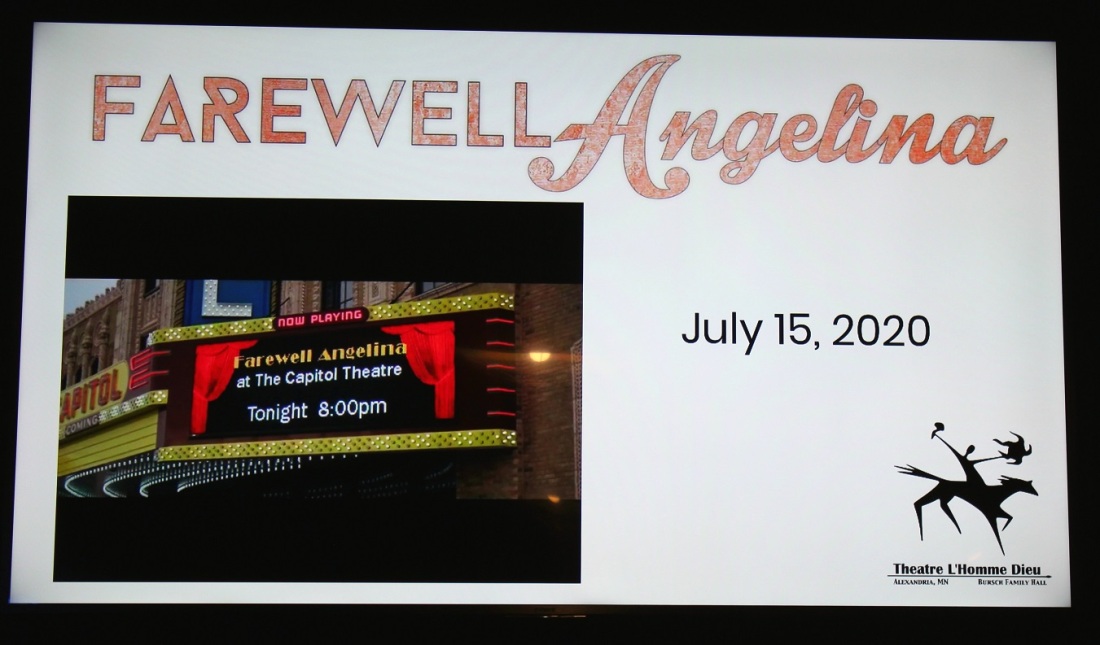 [“Ruthless! The Musical” is an all female musical that spoofs Broadway musicals. The musical premiered Off-Broadway in 1992 (Wikipedia).] 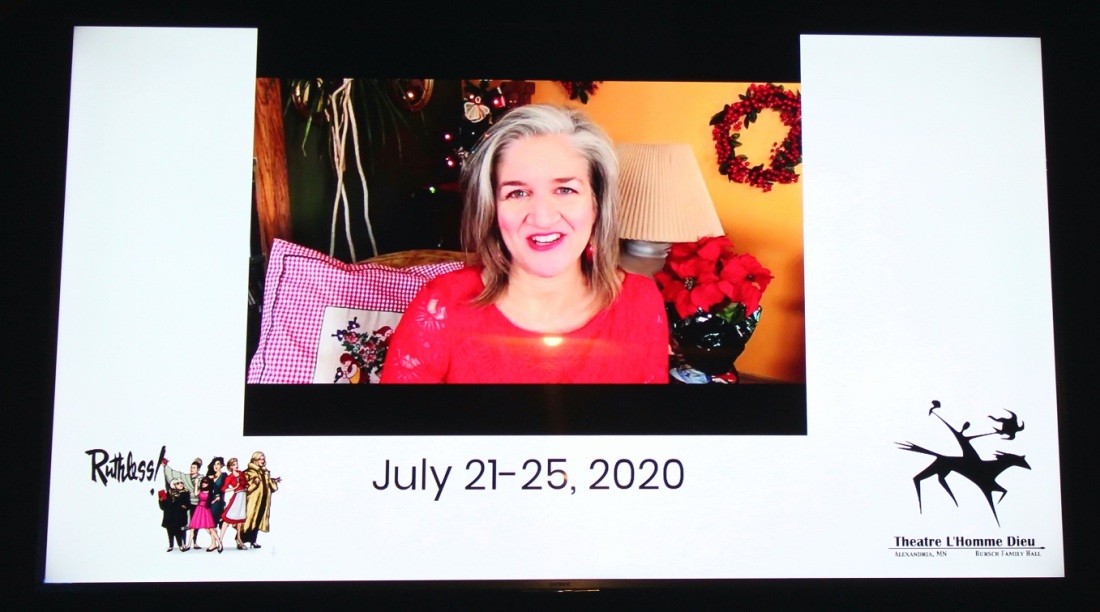 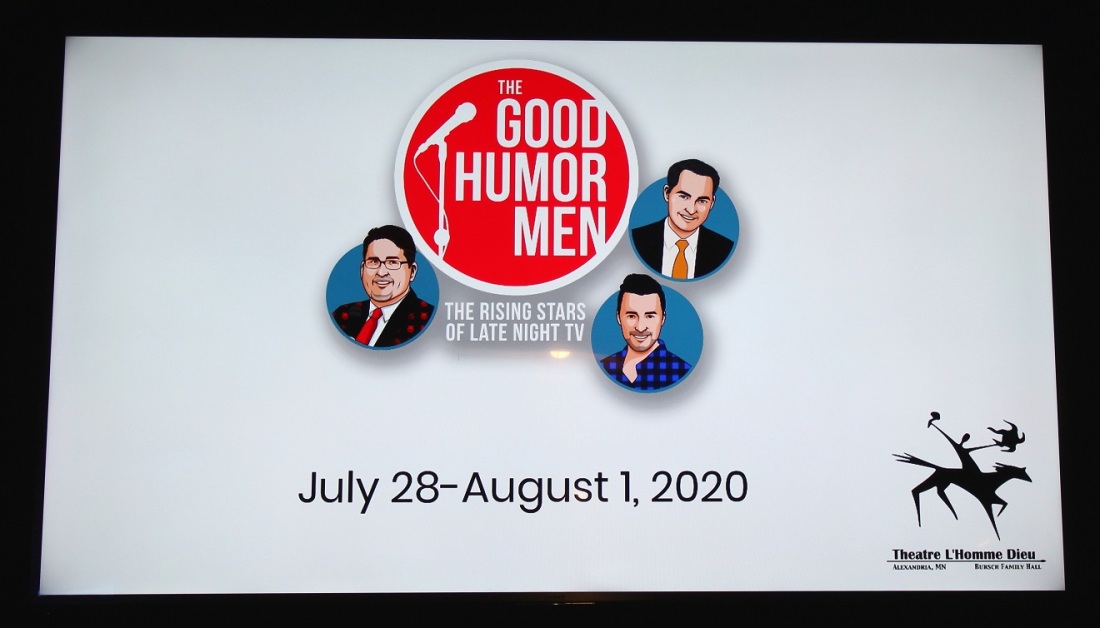 [“Glensheen,” the smash musical by composer/librettist Chan Poling and bookwriter Jeffrey Hatcher.  The Congdon family tragedy splashed across the headlines of every newspaper in Minnesota.  Witness this dark musical that tackles the tale with wicked dialogue and evocative music (historytheatre.com/2018-2019/glensheen).] 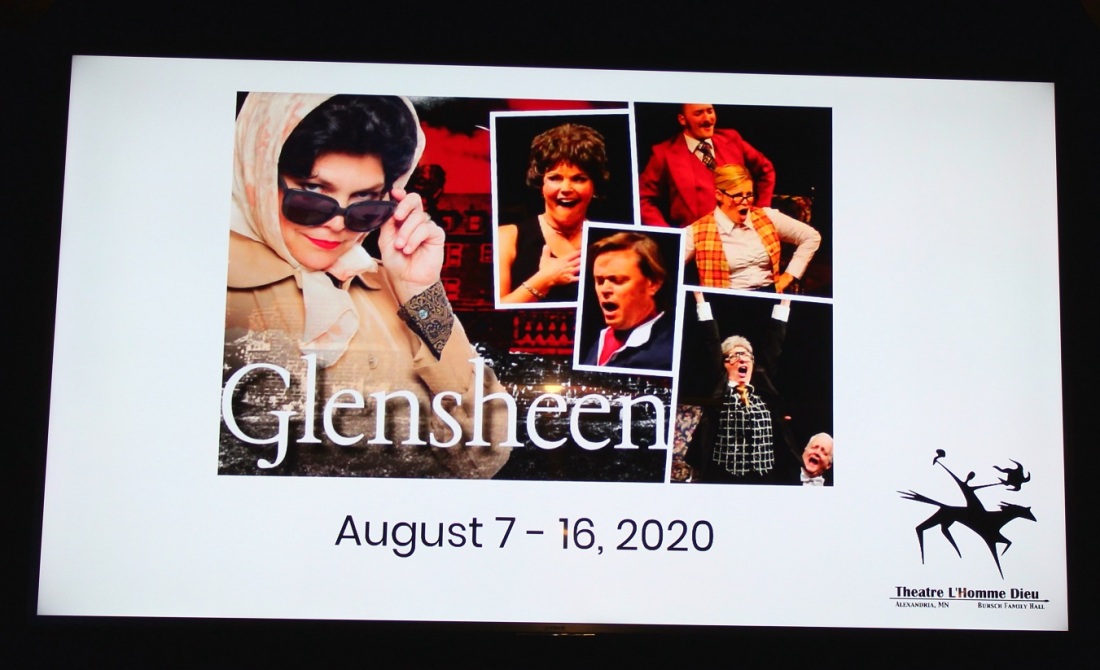 [Nicole is either signaling peace, or, indeed, that there are still two more shows to come.] 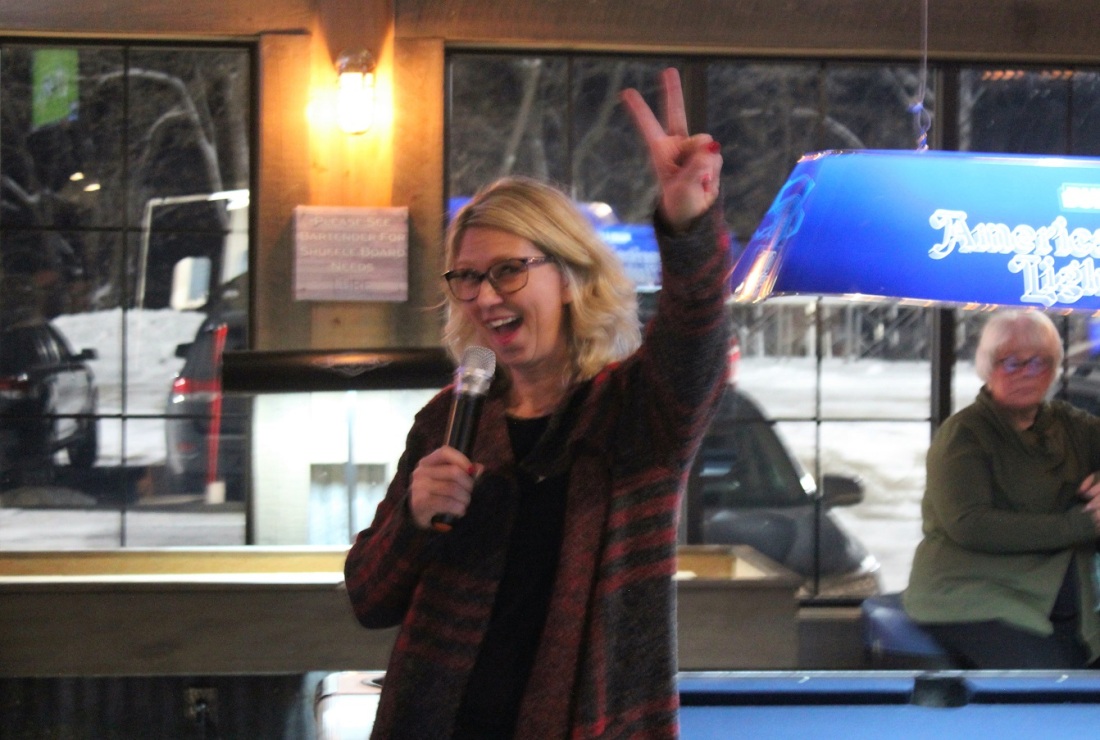 [President Bursch wraps up the proceedings with a history of TLHD . . . ] 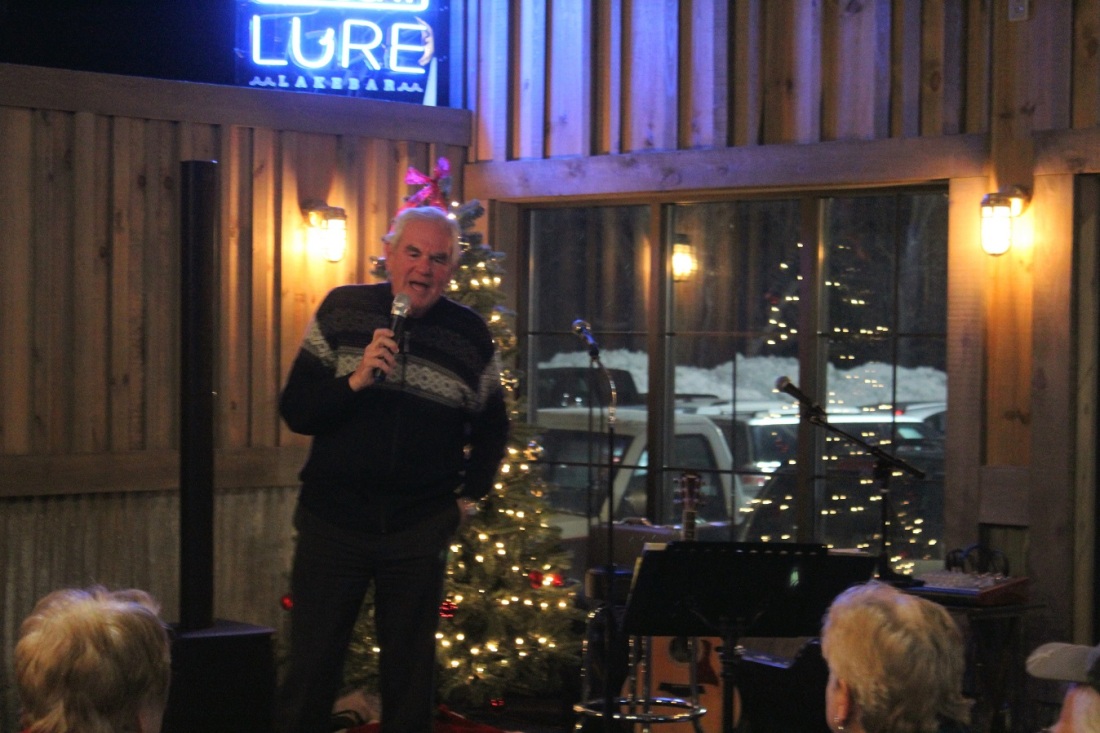 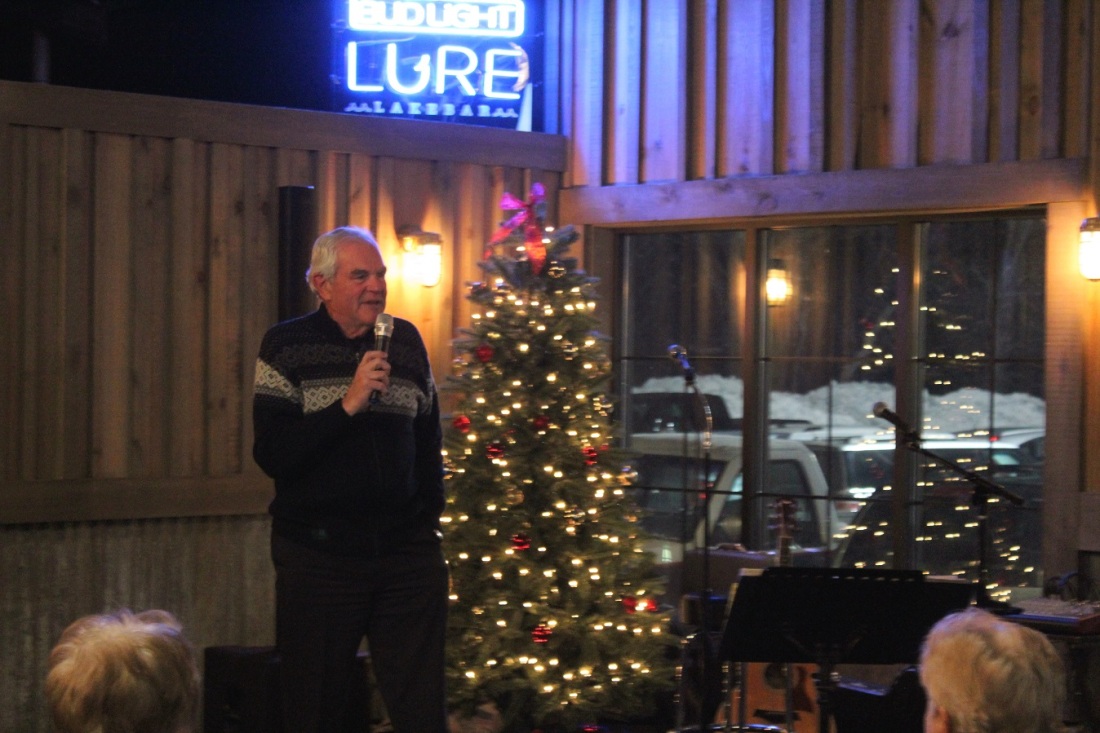 [Greg and Erik say “Merry Christmas” to all before Erik joins other snow birds in flights south . . .] 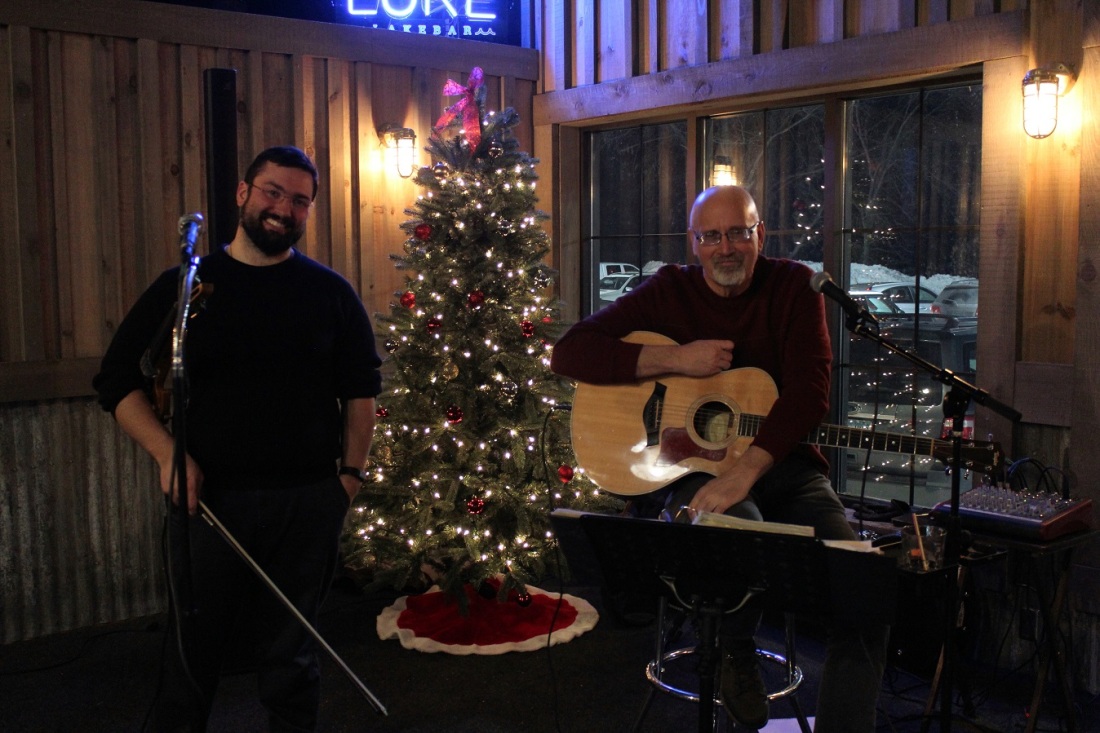 [And that’s the final wrap.] 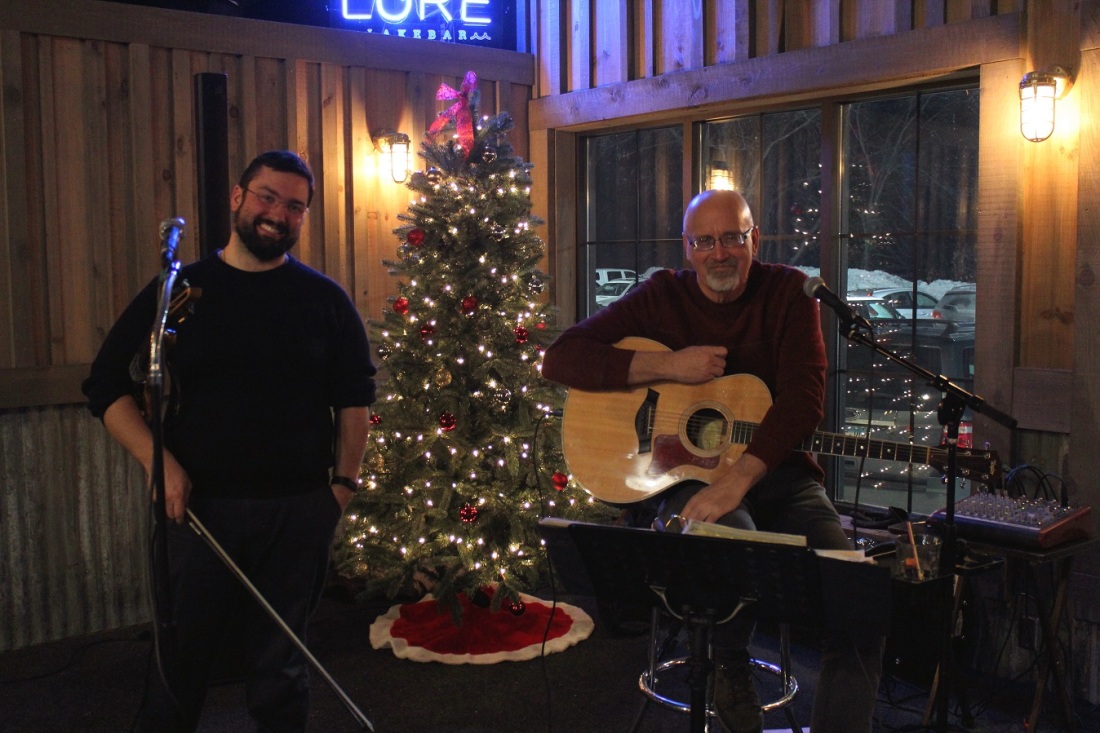 What is that unforgettable line?  ~  Samuel Beckett

Up Next:  Back to Thanksgiving