Opera is when a guy gets stabbed in the back and, instead of bleeding, he sings.  ~ Robert Benchley 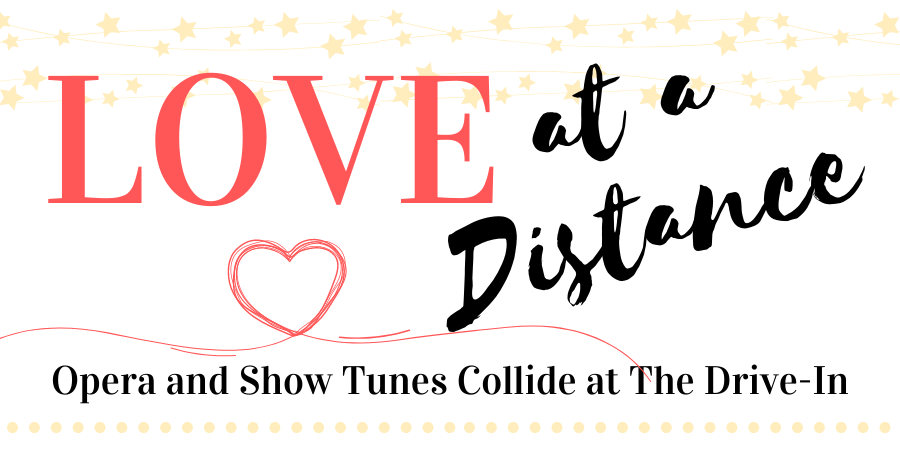 Unusual opera to perform in Alex (from Echo Press)

Performers with Out of the Box will mix 19th century opera tunes with 20th century musical theater to create an evening of romance and comedy. Called “Love at a Distance,” it stars soprano Siena Forest, her husband, bass-baritone Luke Williams, and tenor David Walton, and is accompanied by Carson Rose Schneider on piano.

Out of The Box artistic director David Lefkowich is known for his unconventional strategies to bring opera to new audiences, including Diva Cage Matches that pit soprano against soprano in a wrestling ring, complete with judges, a master of ceremonies and an operatic death for the loser. The company’s fusion series combines opera with other forms of music, such as gospel and jazz.

For the theater’s outdoor performances, cars will face the stage and be appropriately distanced. Attendees can choose to stay in their cars and listen to the performance on FM radio or bring lawn chairs and sit outside.

The theater had a full summer schedule planned before the coronavirus pandemic brought a halt to performances throughout the country. It has put in place the following safety measures:

[First shot of the day.  The light shining in our bedroom window awakened me in the wee small hours of the morning.  Not too bad for a hand held shot . . . ]

[I believe all operatic festivities are required to begin with a fine dining activity.  Here the group alights at Interlachen . . . ] 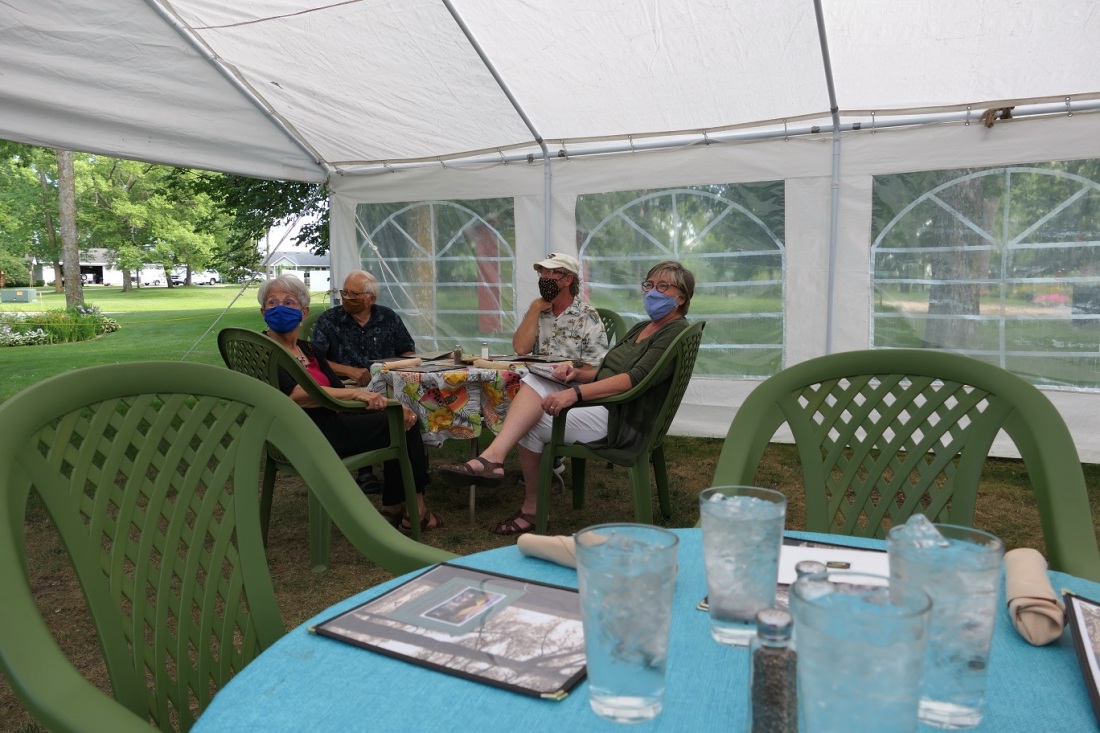 [Because I know about as much about opera as I know about . . . opera, this missive will be interlaced with quotes from those who actually know (or pretend to know) something about the subject matter . . . ]

[The Super knitted (crocheted?) a mask for Karin, making them pandemic twins . . . ] 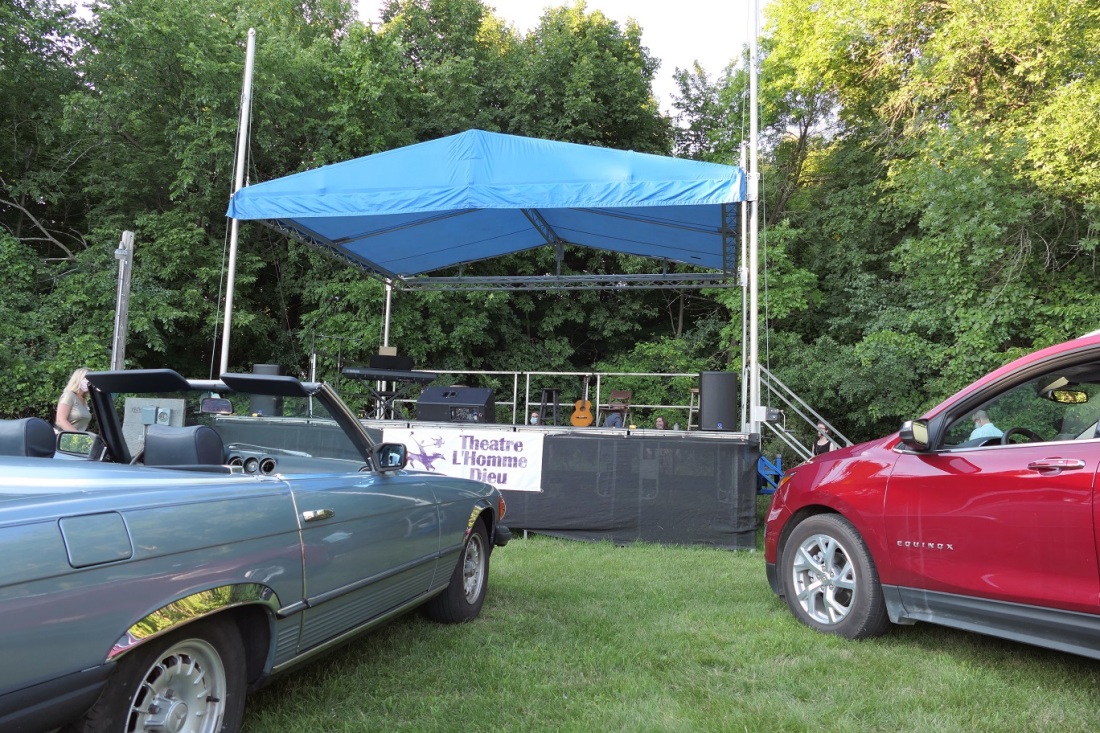 [Random backwards shots over my head at the arriving aficionados . . . ]

[These are either theater board members, or baseball fans.  I guess you could be both . . .]

[Known to be local practitioners of vocal talents . . . ] 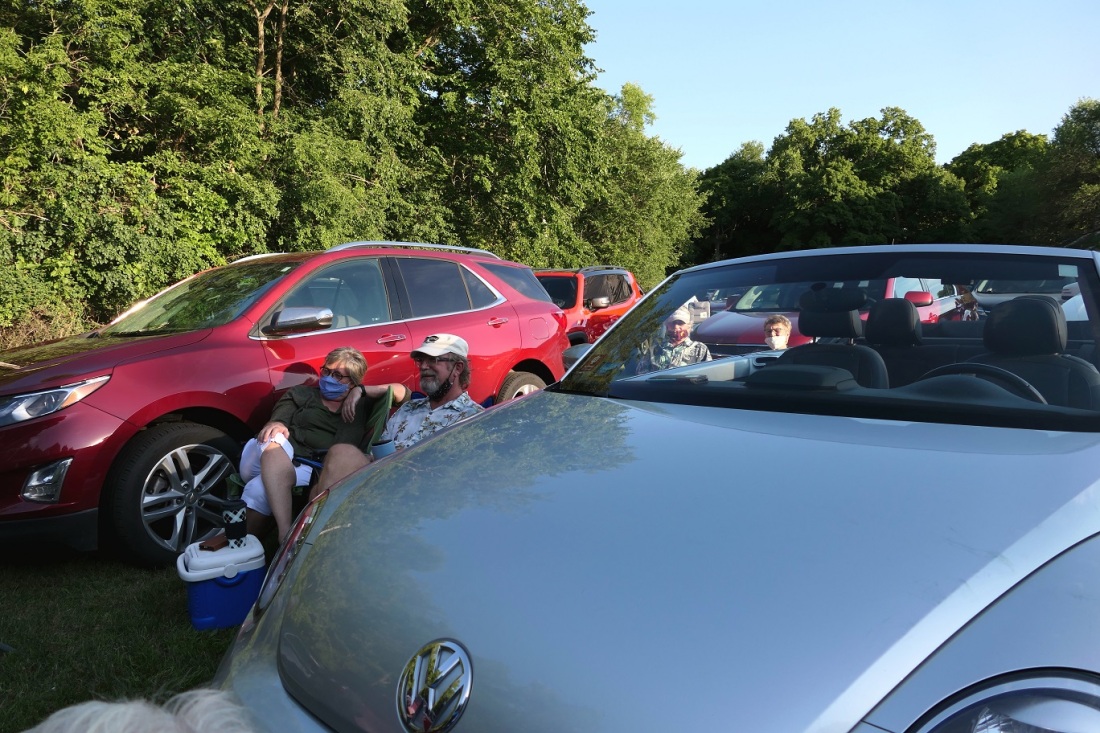 [Who was that masked man?]

I can’t listen to that much Wagner. I start getting the urge to conquer Poland.  ~  Woody Allen 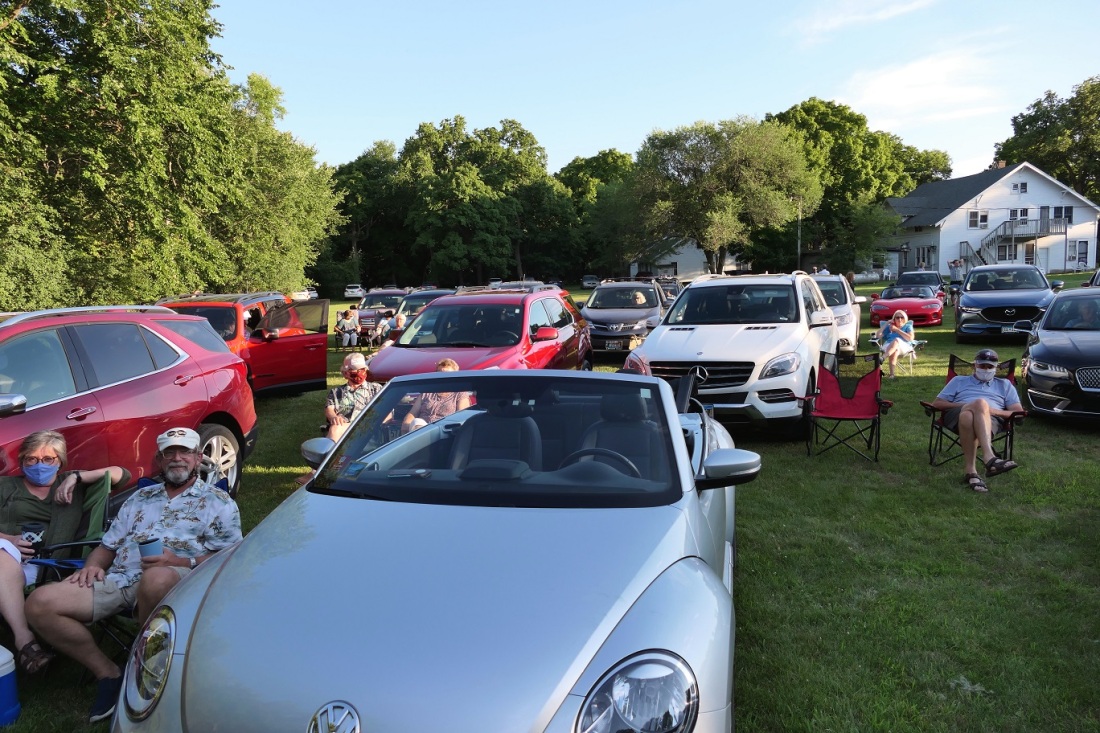 [Executive Director Nicole Mulder takes the stage with Out of The Box artistic director David Lefkowich to introduce the program . . . ]

No good opera plot can be sensible, for people do not sing when they are feeling sensible.  ~ W. H. Auden 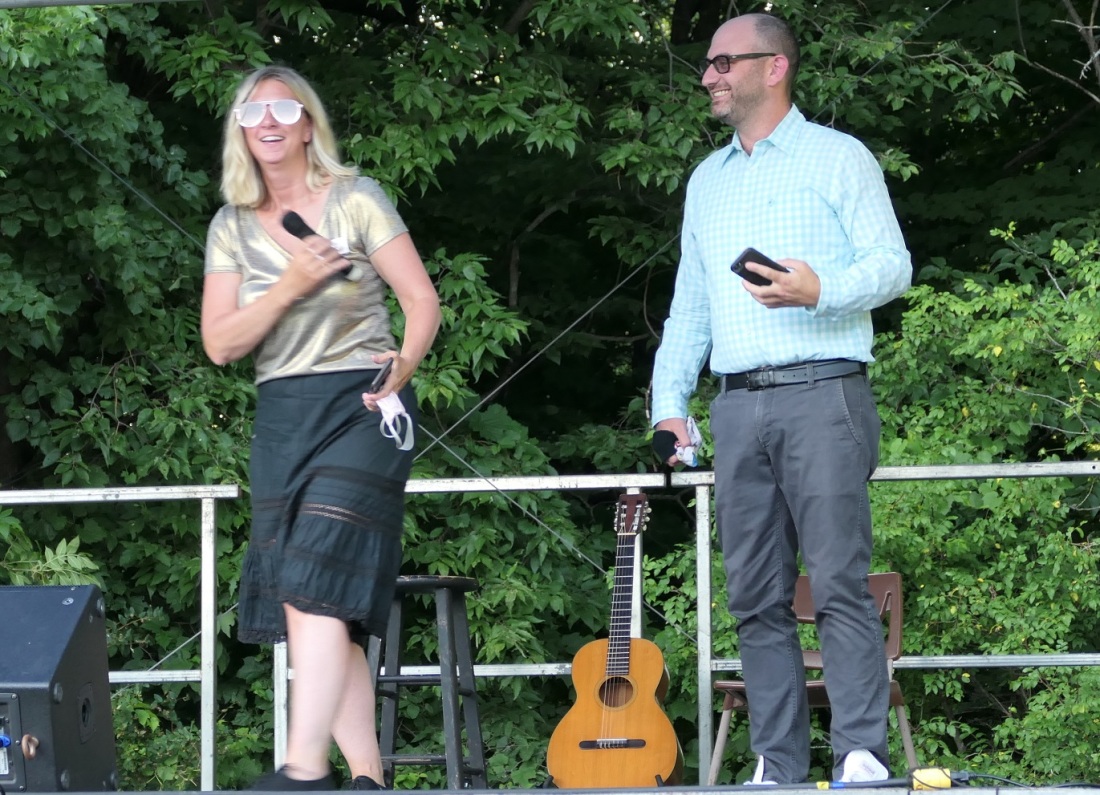 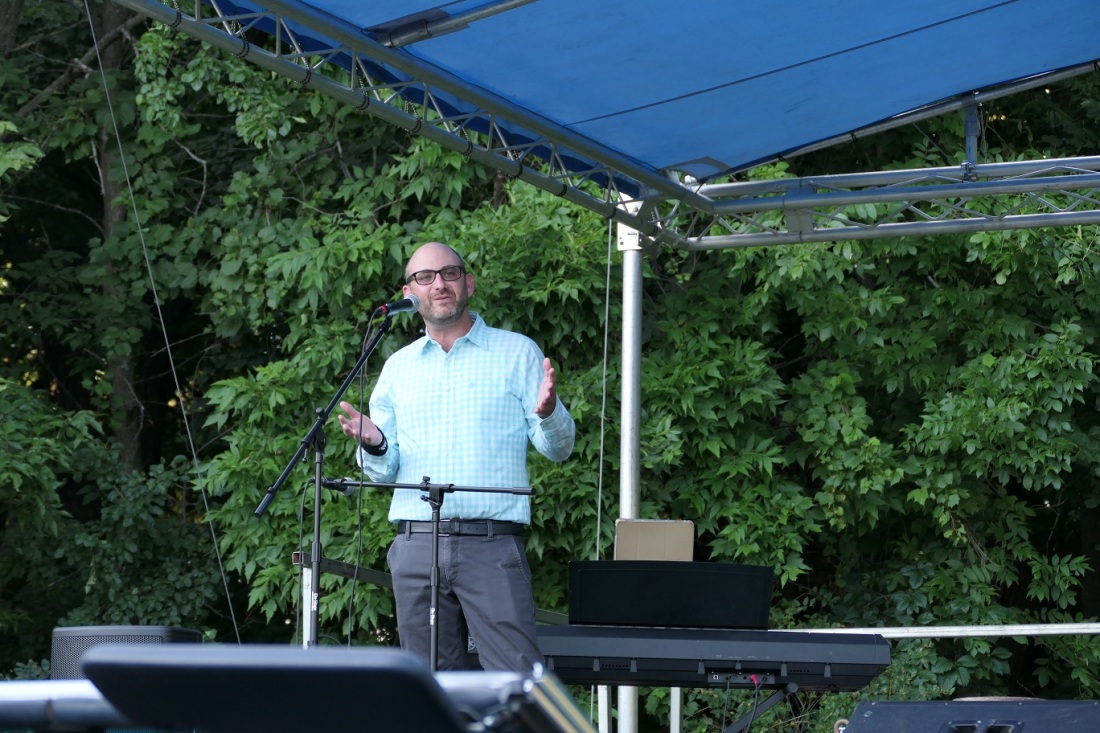 The activity of a singer that sings opera is similar to that of an athlete.  ~  Andrea Bocelli

In opera, there is always too much singing.  ~  Claude Debussy 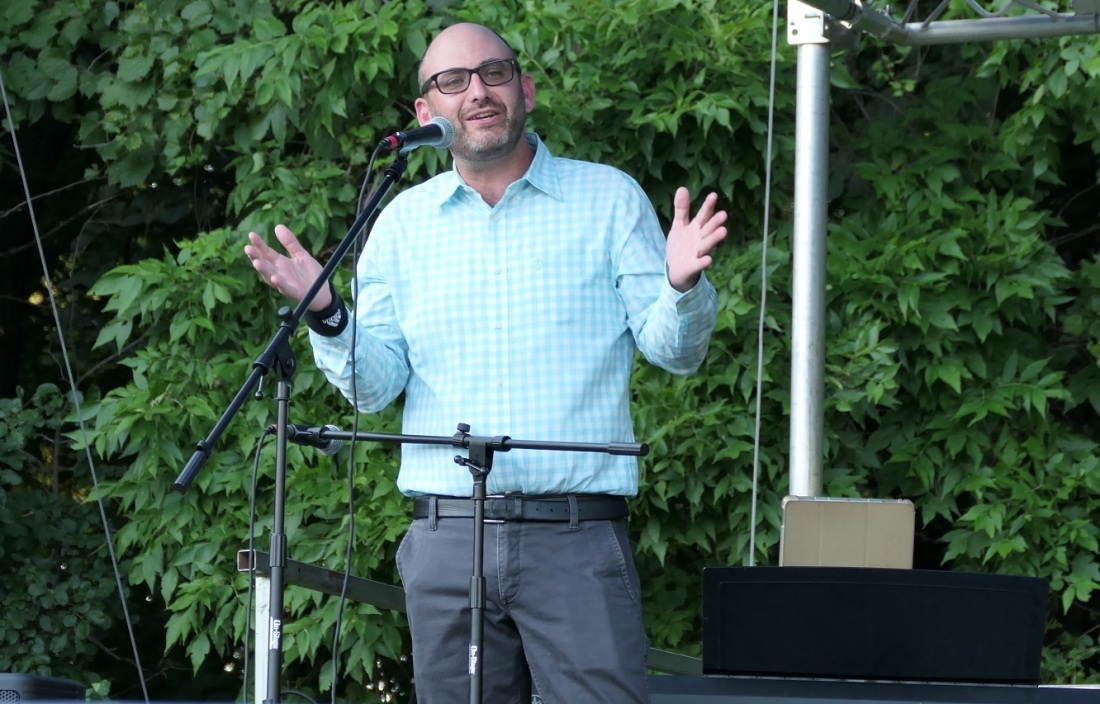 [Leading off, tenor David Walton (not to be confused with the Boy Tenor of the local Salty Dogs) . . . ] 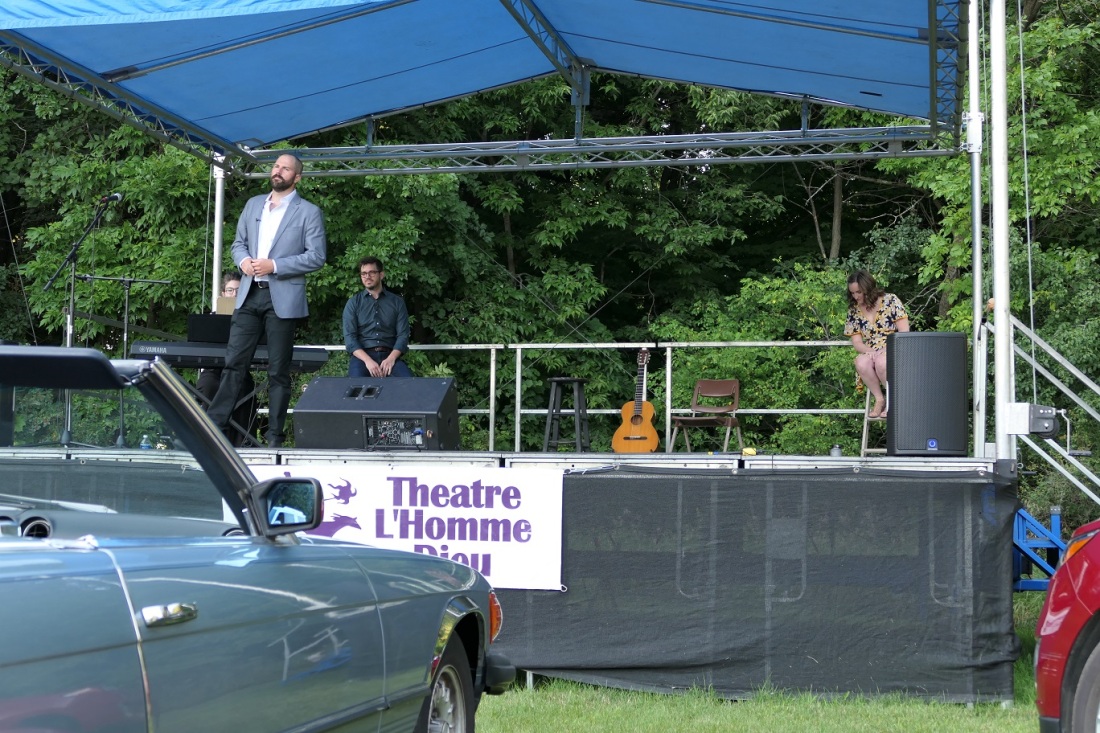 For me, a diva is like the great opera singer, the great film star – out of reach, in their own world, with a real gift for invention: attention-demanding performance artists with a flamboyant, compelling sense of their own importance so special and inimitable it verges on the alien.  ~  Grace Jones

Even in today’s opera world, the position of the black tenor is problematic.  ~  Bobby Short 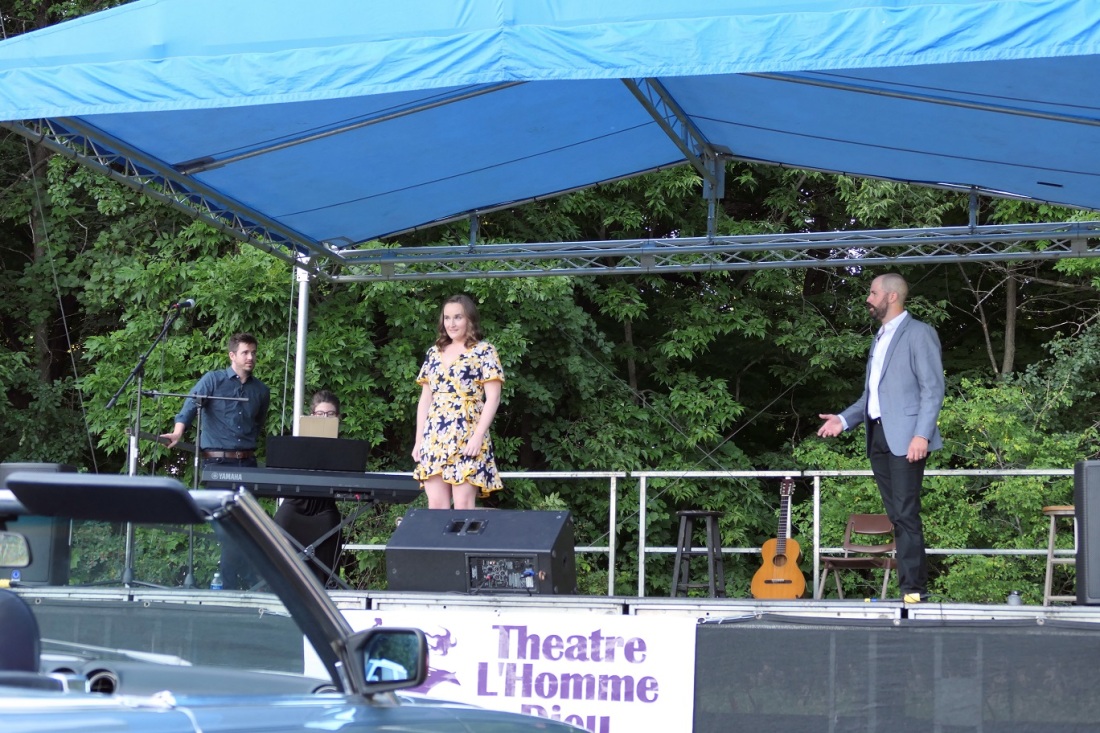 What opera isn’t violent? Two things happen, violence and love. And other than that, name something else. You can’t.  ~  Cab Calloway 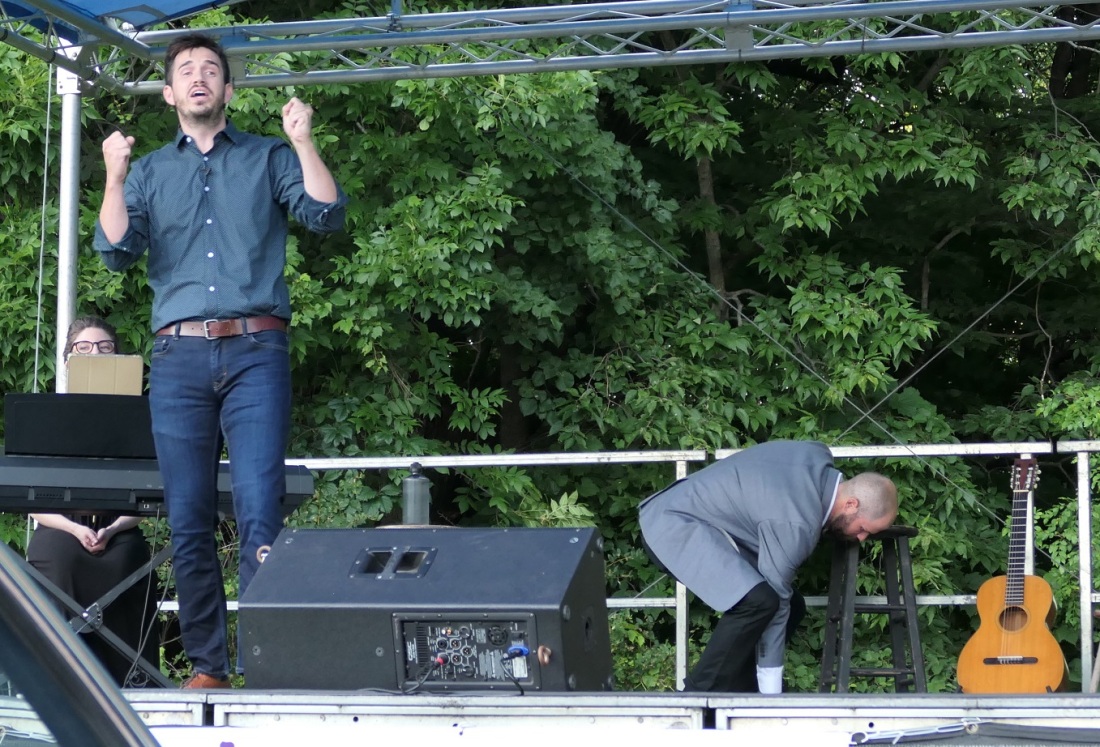 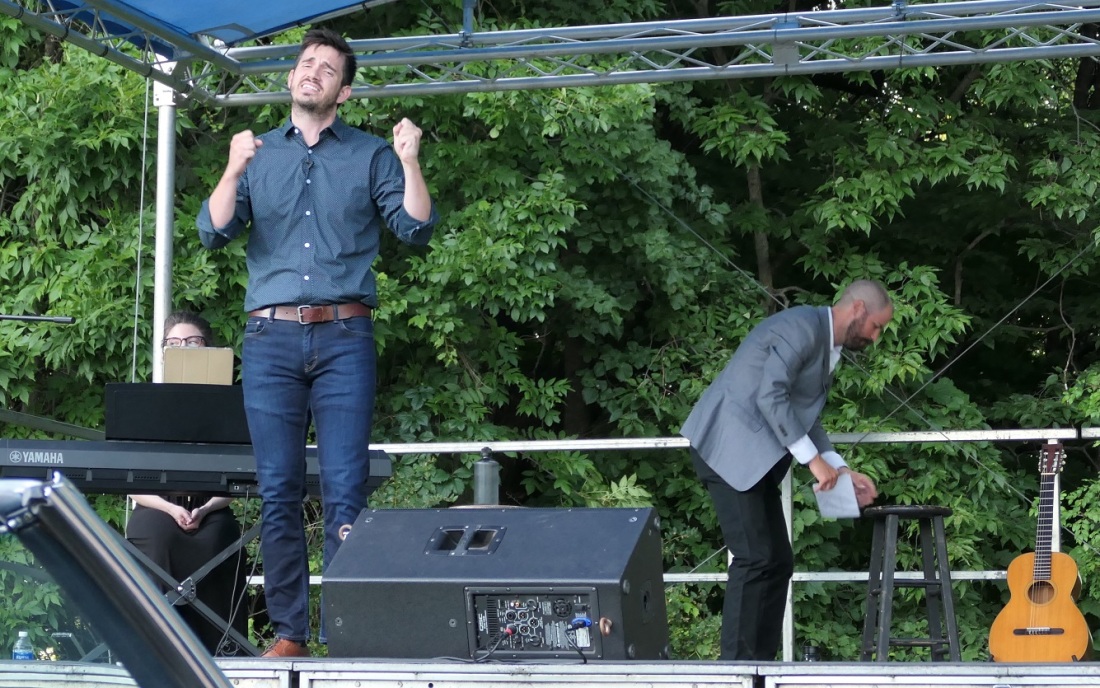 [And it may have been somewhere around here that Siena mentioned she had to kiss David during a performance.  He had eaten chili as the pre-performance meal, and she found that a bit unsettling.  She said one should always cleanse one’s mouth before such a performance.  And she noted that he tells that story on himself . . . ]

When you are up close to an opera singer, hearing this incredible volume of noise coming from a human being – it’s beyond belief.  ~  Eve Best

The opera always loses money. That’s as it should be. Opera has no business making money.  ~  Rudolph Bing 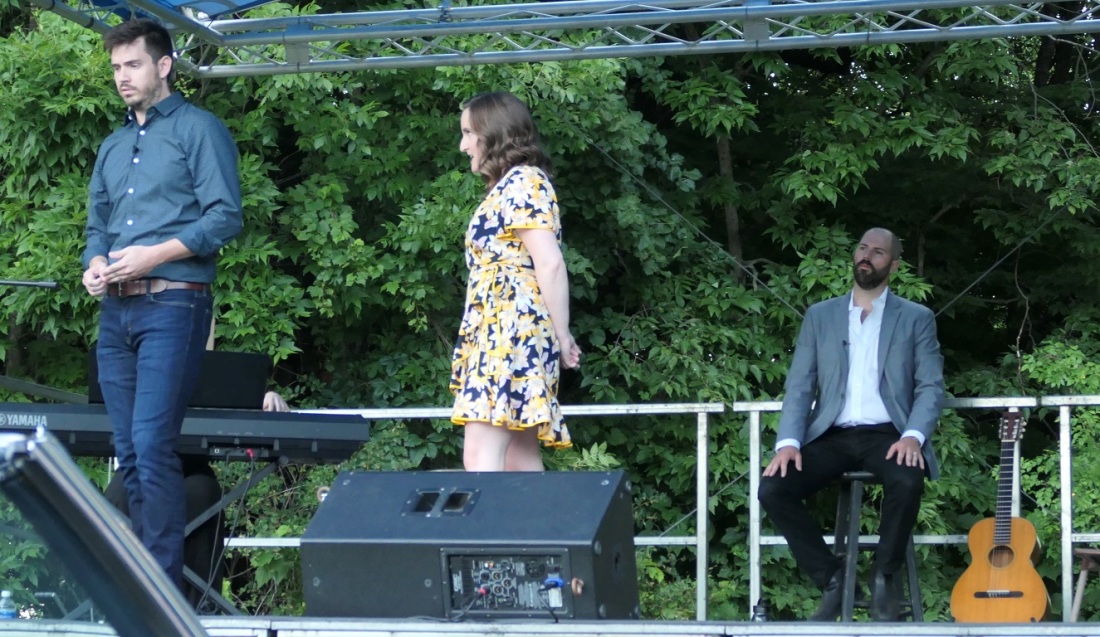 The favorite thing I like to do is nothing. I’m such an expert at doing nothing. I have a boat. I make training films for the Coast Guard. I listen to a great deal of opera.  ~  Charles Nelson Reilly

The voice muscle doesn’t last forever. I have a lot of friends who are classical and opera singers. My friend Beverly Sills stopped singing in her 50s, so I’m careful with mine. But I’ll keep going as long as it lets me.  ~  Johnny Mathis

I also met, early on Ella Fitzgerald. Her songbooks are some of the most amazing bodies of work.  ~  Johnny Mathis  [Full disclosure:  I have “Ella Fitzgerald Sings the Gershwin Songbook,” one of my all-time favorites.]

More and more, we’re used to taking things in through the eyes rather than through the ears, and opera is more of a spectacle.  ~  Daniel Barenboim 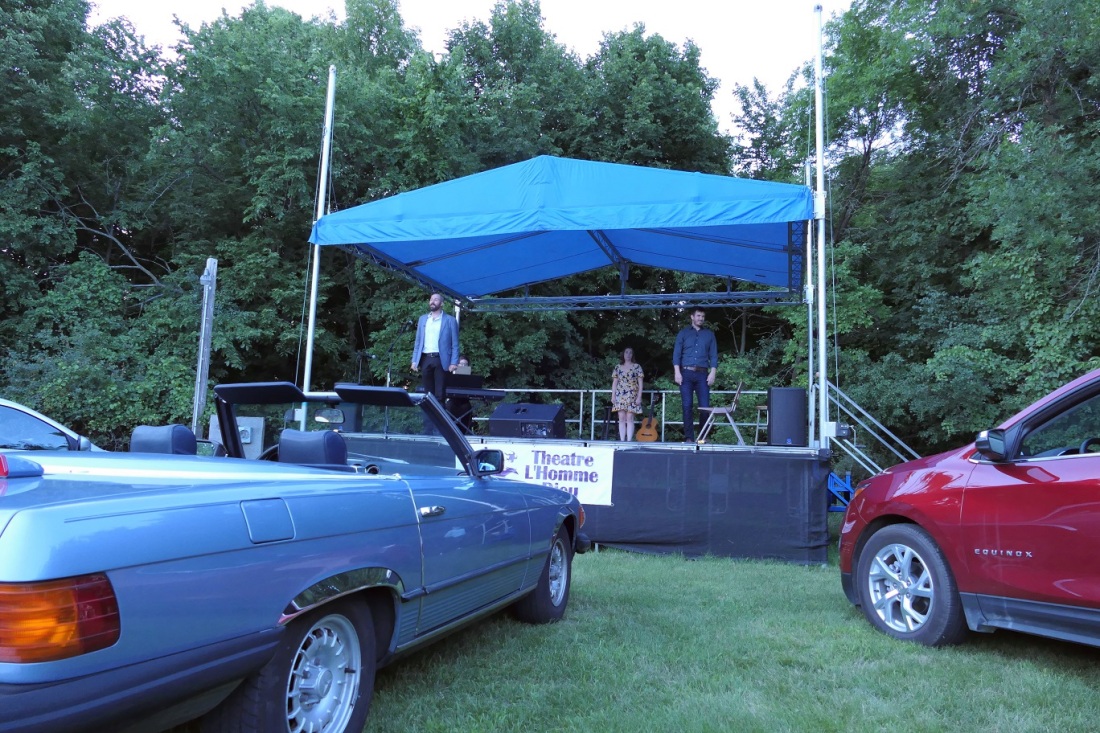 [brought to us by people of extraordinary voice . . . ] 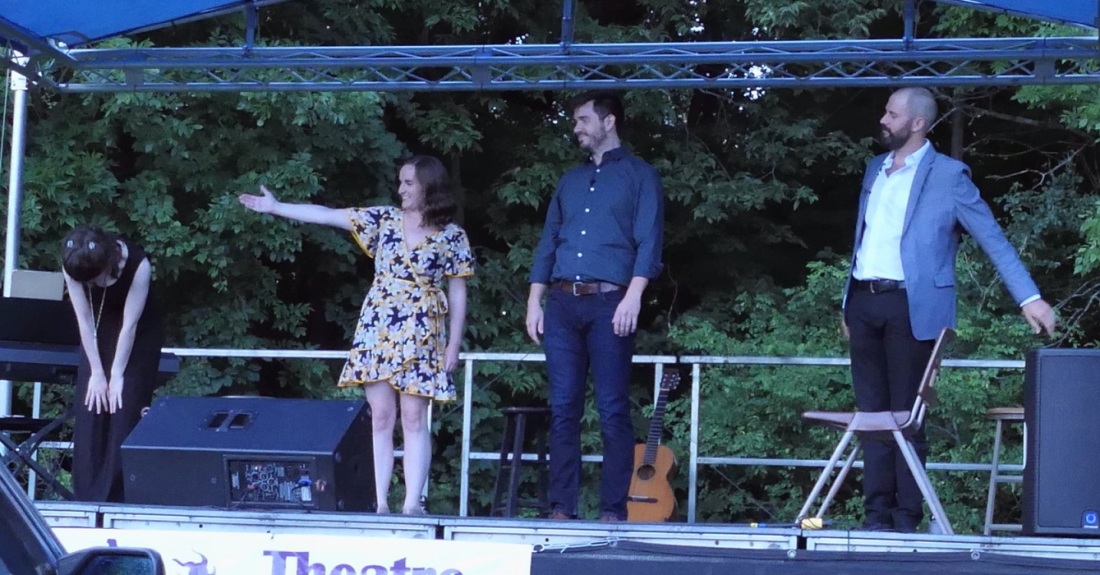 [on a beautiful evening in Vacationland USA . . . ] 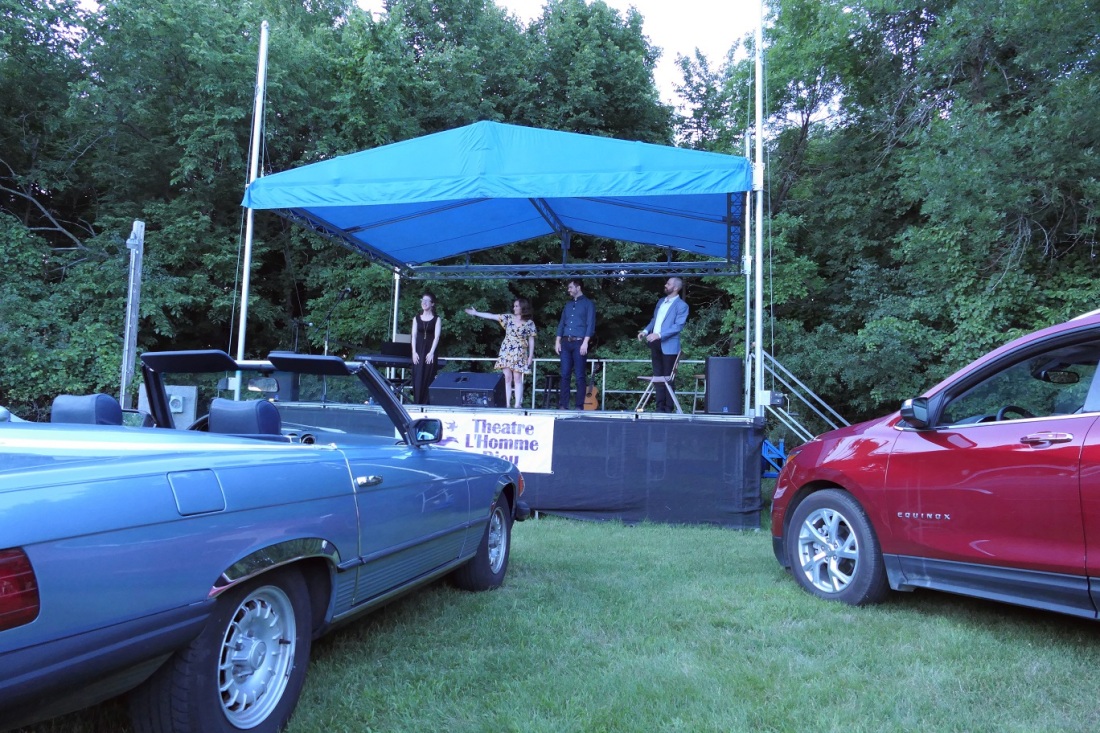 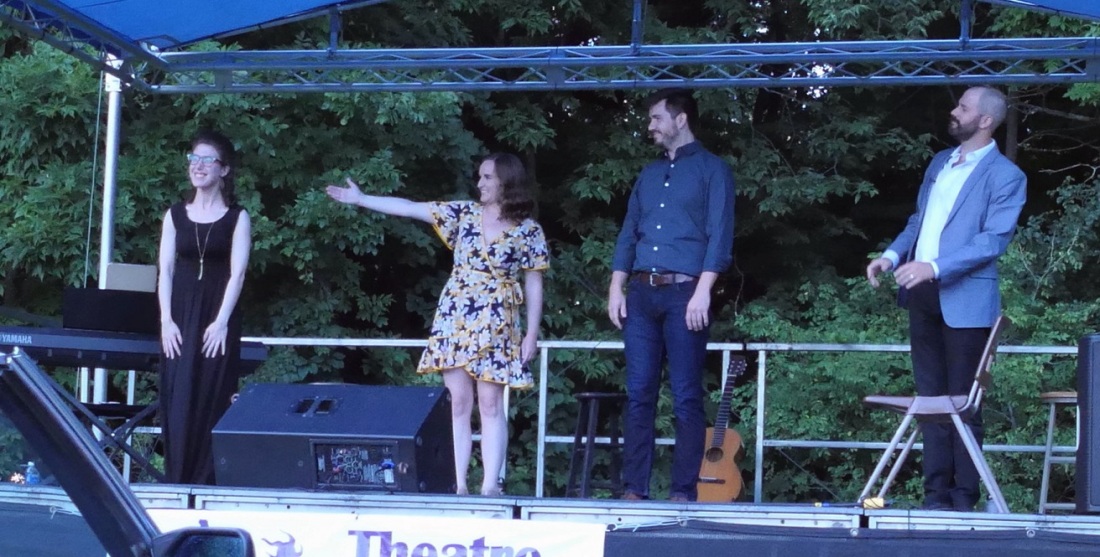 Opera is the most complete art form. It includes drama, acting, technology (lighting), art (the sets), dance, and the epitome of the human voices. But mostly, go for the glorious music. The arts are crucial to the life of every community.  ~  Karen DeCrow 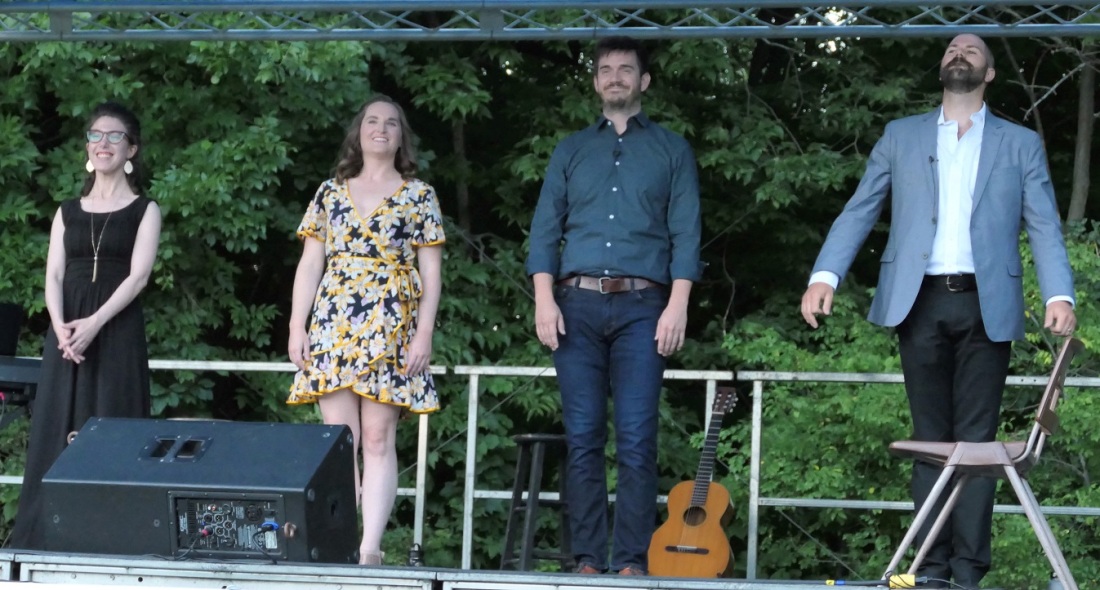 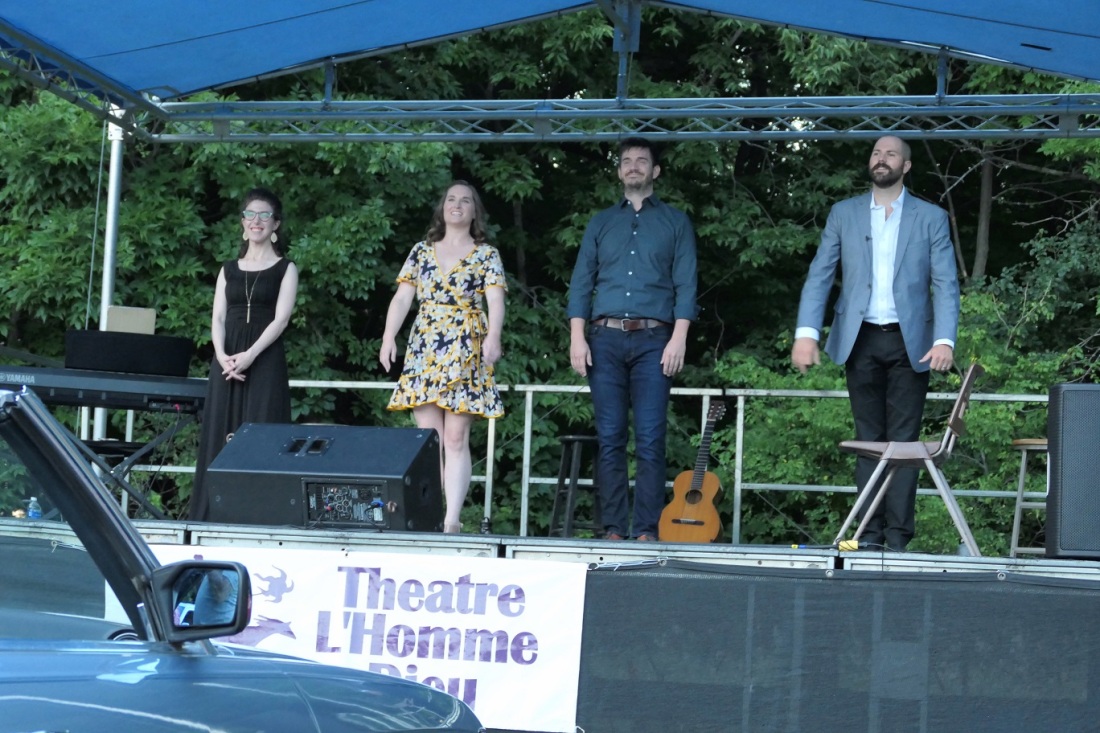 [We enjoyed after the show commingling, masked of course . . . ]

[The Super was particularly excited to discover . . . ] 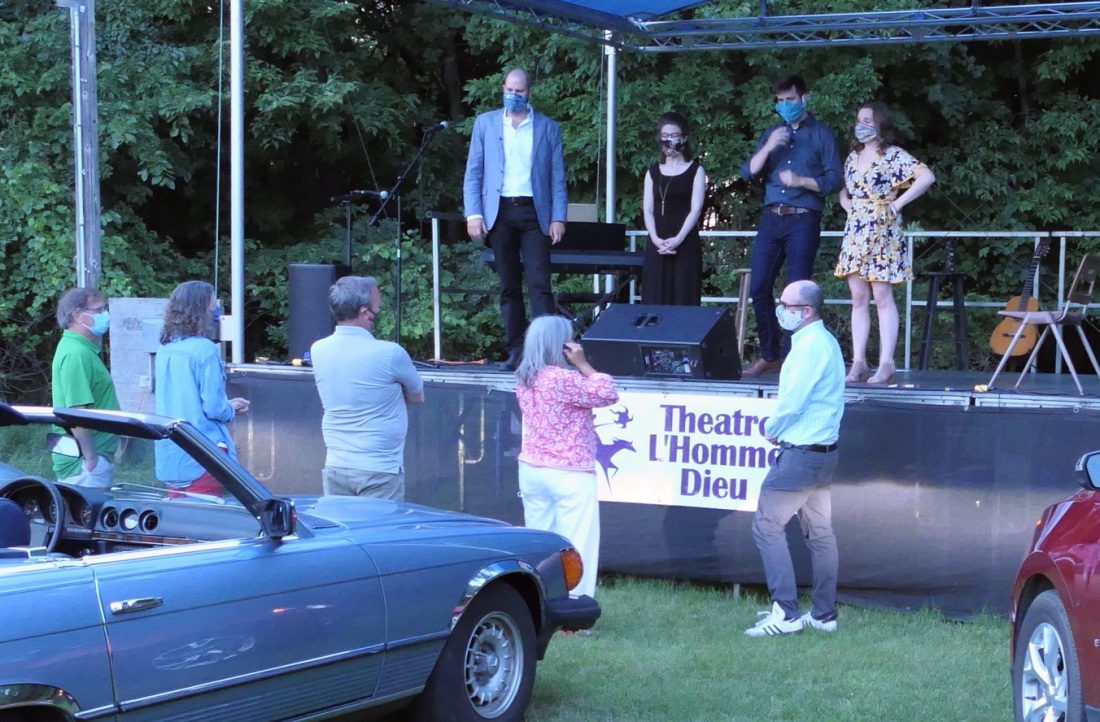 [That Siena and Mark are Indiana University alums . . . ] 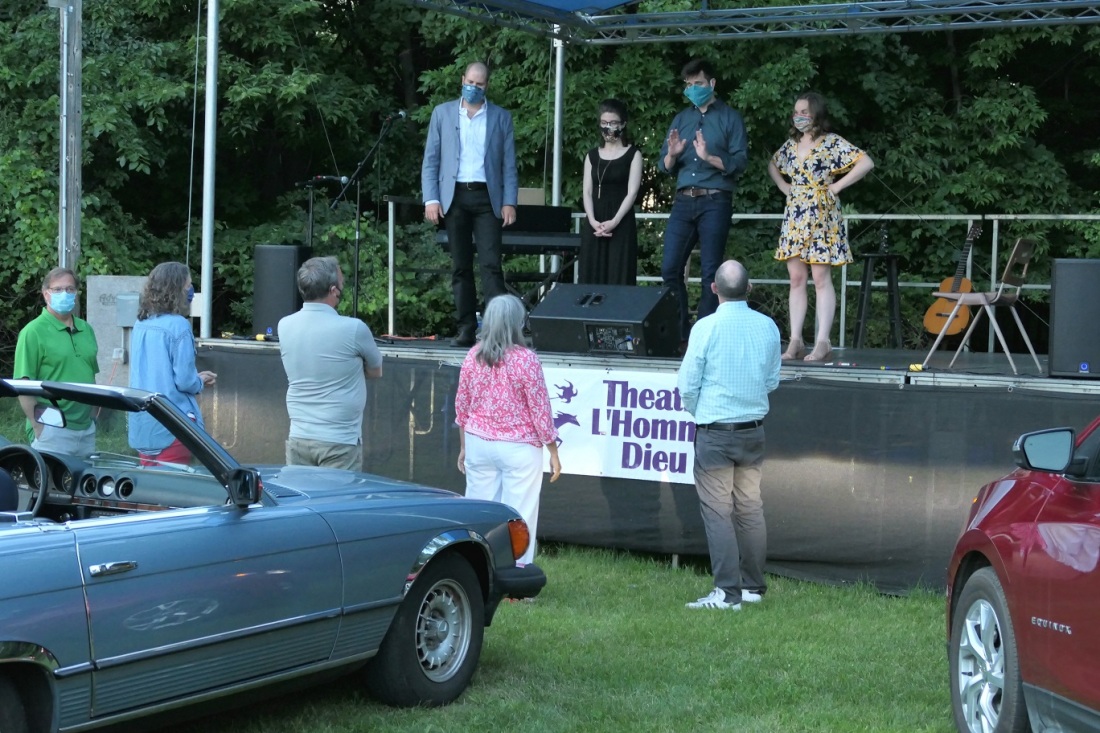 [Didn’t take any live videos.  Not kosher, certainly if not OK’ed.  In lieu thereof, a very recent YouTube post by one of our favorites (we have CD’s to prove it) . . . ]

Opera in English, is about as sensible as baseball in Italian.  ~  H.L. Mencken