2004 – a year that will live in infamy in that it occurred exactly 16 years before 2020.  I don’t recall much about that year other than I what I have discovered in recently unearthed discs containing photos from that time.  I believe this to be the last blog post displaying such.  And I appear to have posted the great western driving trip in reverse order of its occurrence.  So, we begin here in snowy Minnesota before heading west in the spring.

[Important PSA:  I would not recommend a visit to South Dakota at this time.  So far, COVID-19 has granted carte blanche to operate in the state . . . ]

[Locals will recognize the Amazon, the channel between Lakes Darling and Cowdry.  Because it is running water, it stays open even if the temperature is below zero . . . ]

[Locals will recognize the bike/snowmobile trail, looking SE toward town and passing over the Amazon . . . ] 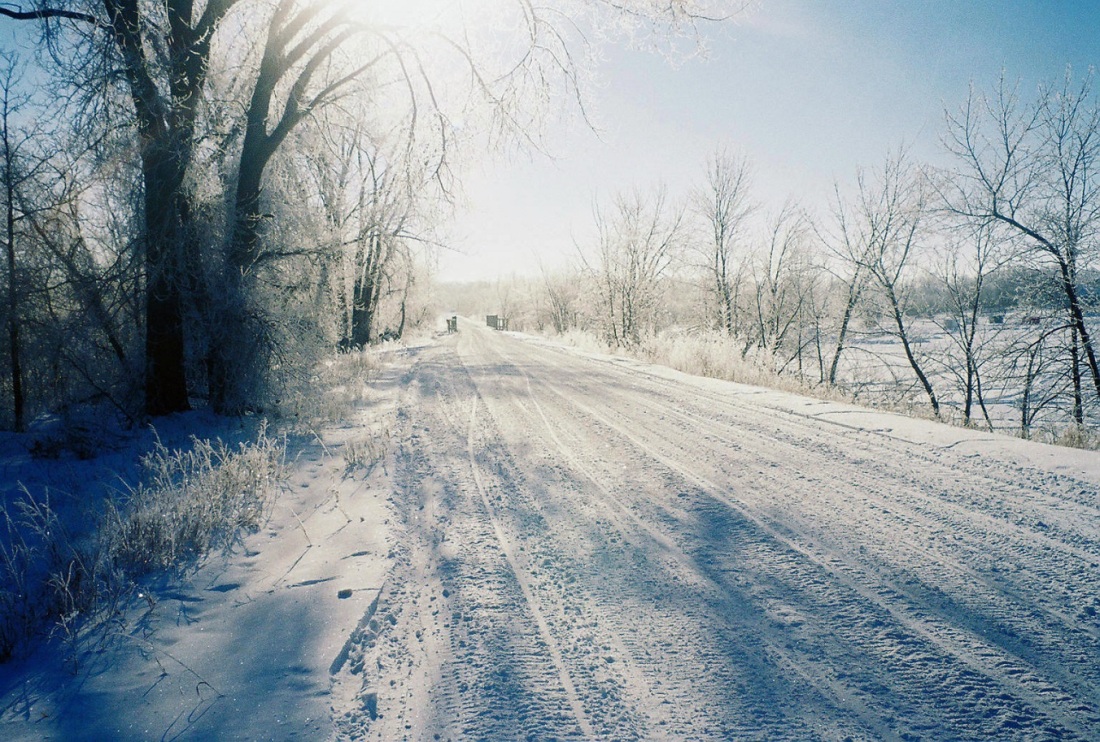 [Not too shabby (I always remember this shot).  My equipment then was just a snapshot camera . . . ] 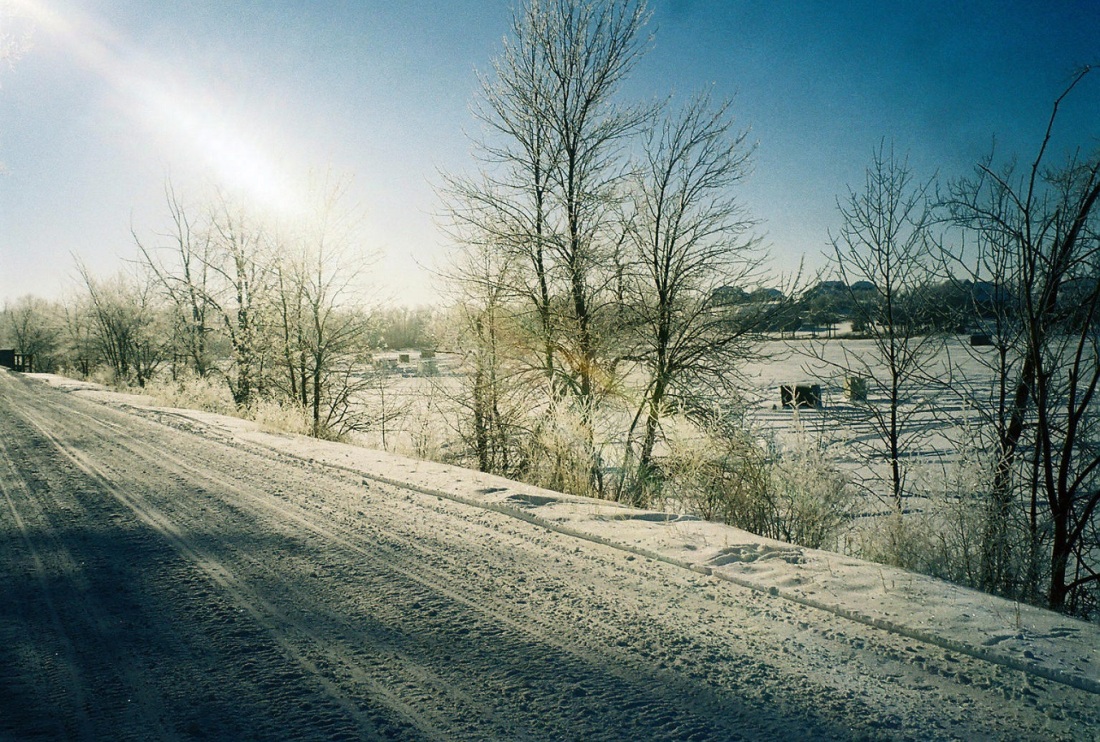 [Shooting the other directions on Cowdry . . . ] 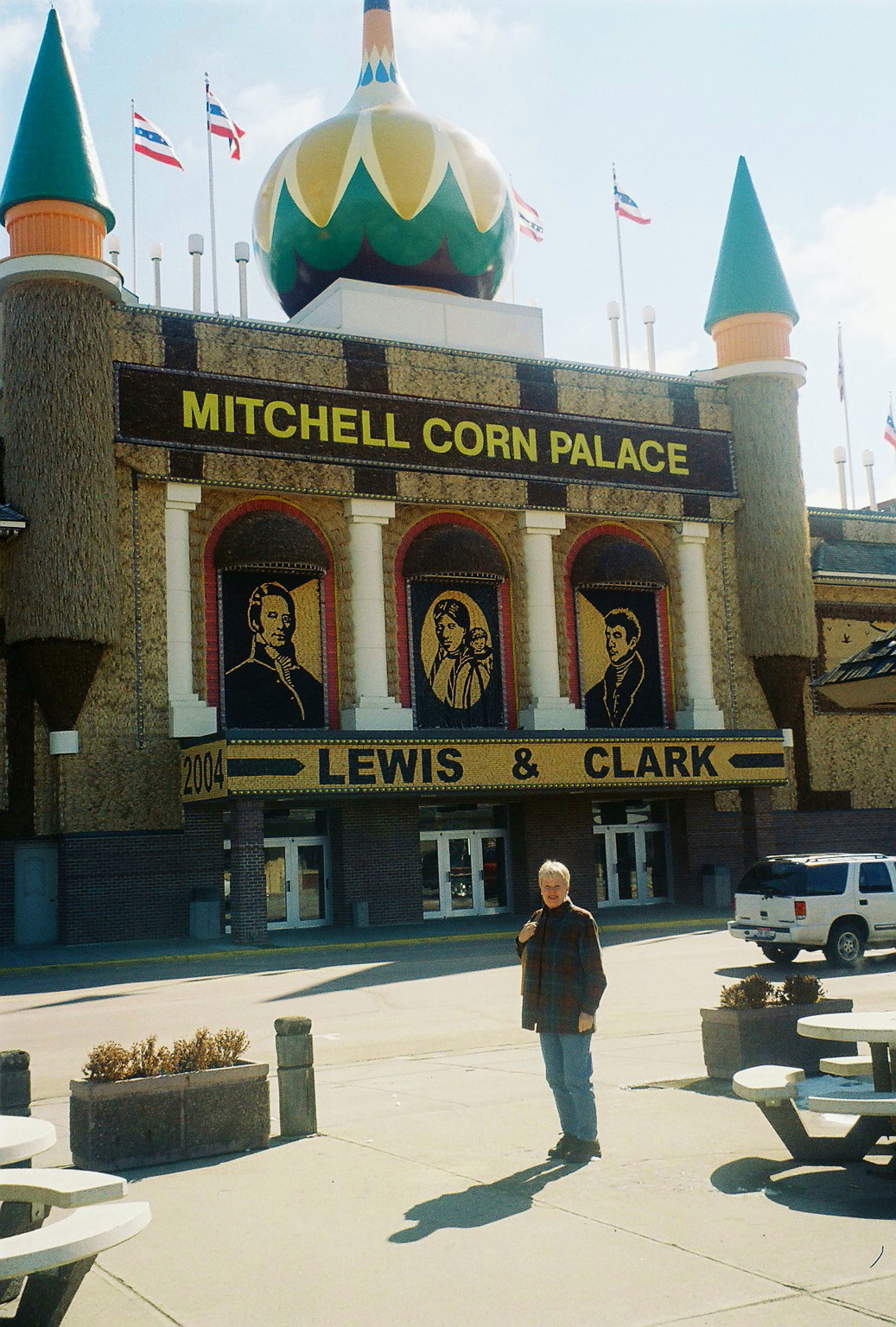 [I take a certain amount of pride in knowing that I am one of only three people not from the state who have ever visited the capitol.  These were the halcyon days when public buildings were actually available to the public.  We walked right in – the doors were wide open – no sign of security guards, no sign of metal detectors, no sign of anybody actually.  I cajoled the Super to veer from our westward direction when I saw the sign along the interstate that it was a mere 60 miles north to Pierre – it was a detour well worth taking . . .] 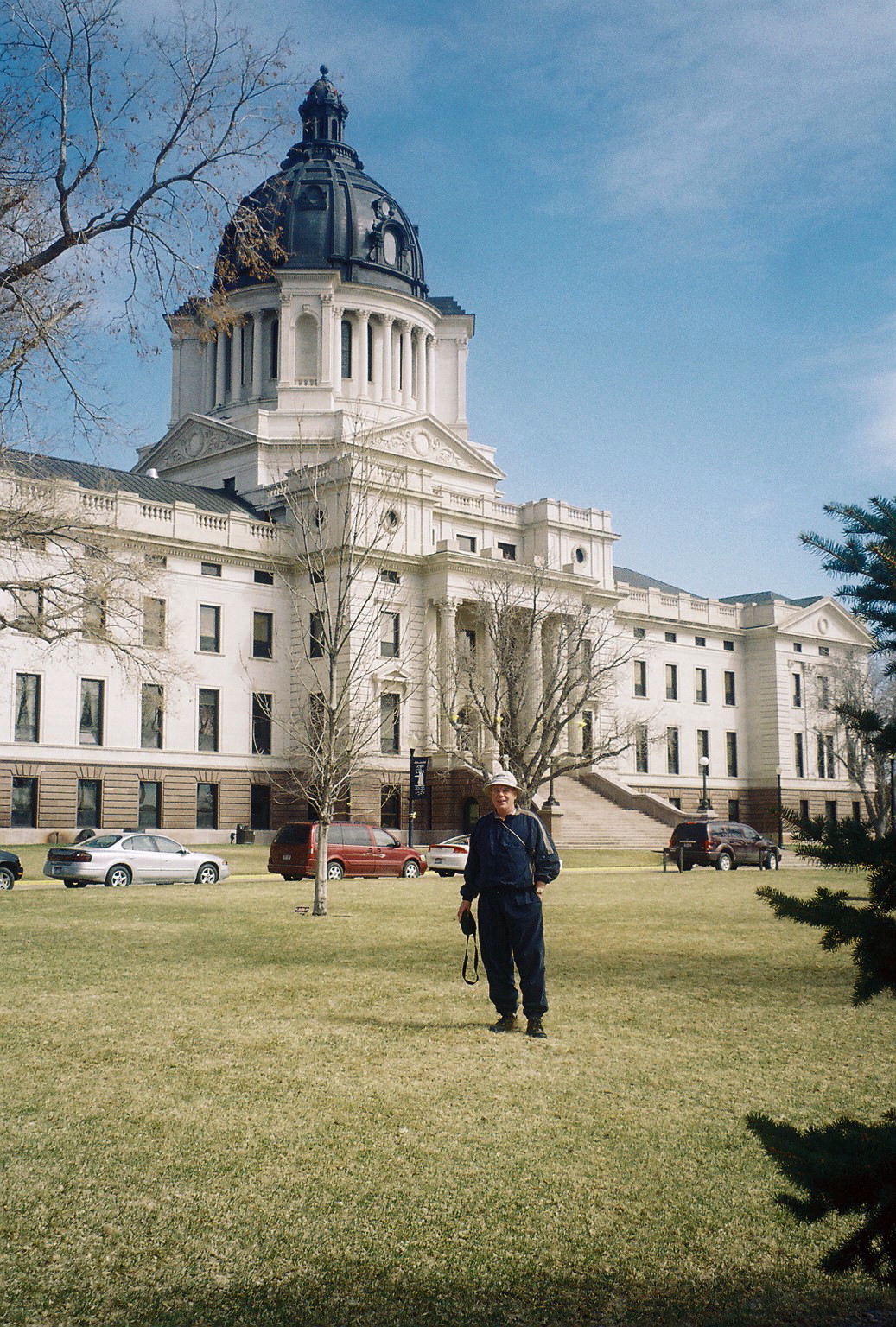 [Despite such information terminals, I never discovered what they did that was so bad?] 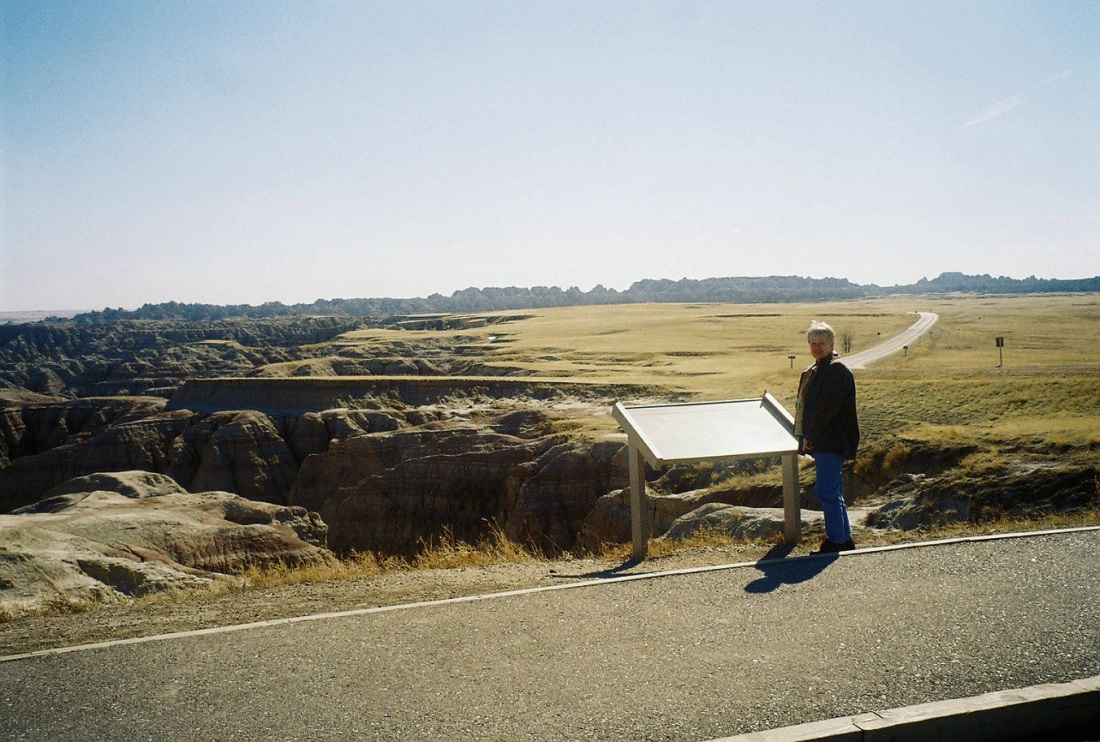 [The Super discovered a bridge to somewhere . . . ]

[One notices the diminishment of greenery the further west one goes . . . ]

[An incredible natural rock formation.  Not unlike chimpanzees with typewriters being able to replicate Shakespeare in several million years . . . ] 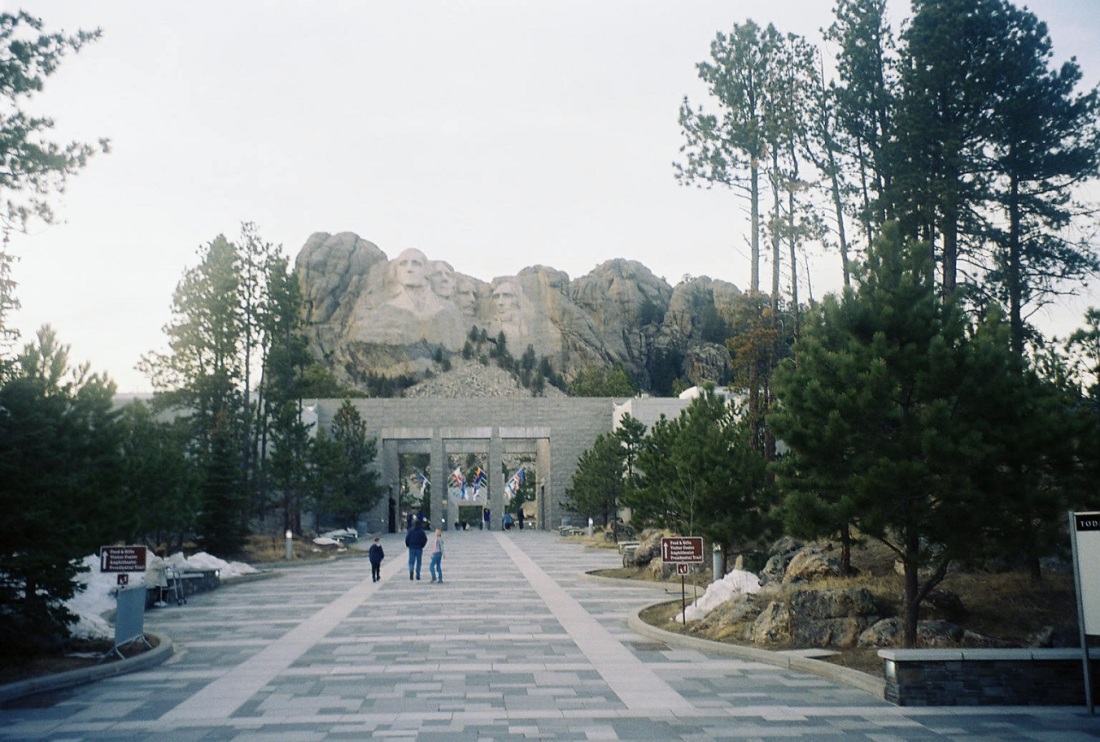 [Incredible how through the millennia, nature was able to produce the scree field at the bottom of the mountain . . . ] 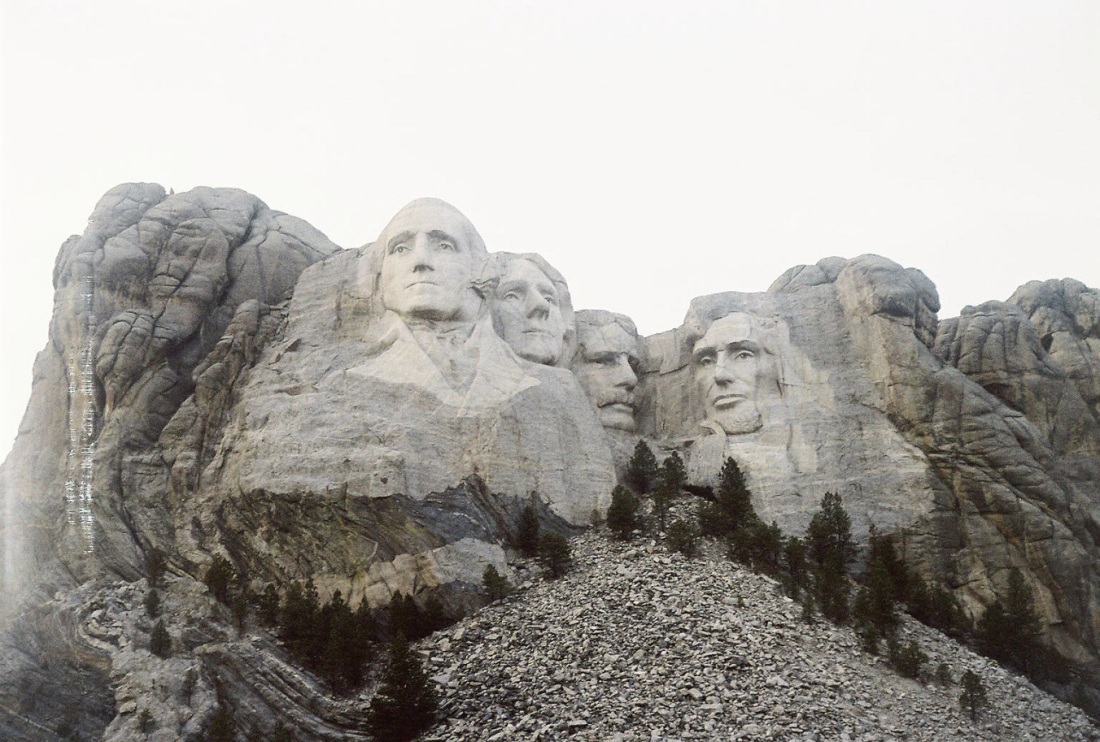 I learned more about the economy from one South Dakota dust storm that I did in all my years of college.  ~  Hubert H. Humphrey