Although golf was originally restricted to wealthy, overweight Protestants, today it’s open to anybody who owns hideous clothing.  ~  Dave Barry

The Resorters Golf Tournament has historically been the highlight of the Alexandria summer season.  We always used to comment that the town seemed to go dead at the end of Resorters week, that summer was somehow over.  Well, as you may be aware, this has been somewhat of unique summer – in a way it has never begun.  So, the Resorters, the 99th annual by the way, came and went and it seems nothing has changed . . .

[Tourists come to town for the Resorters from places hither and yon . . . ] 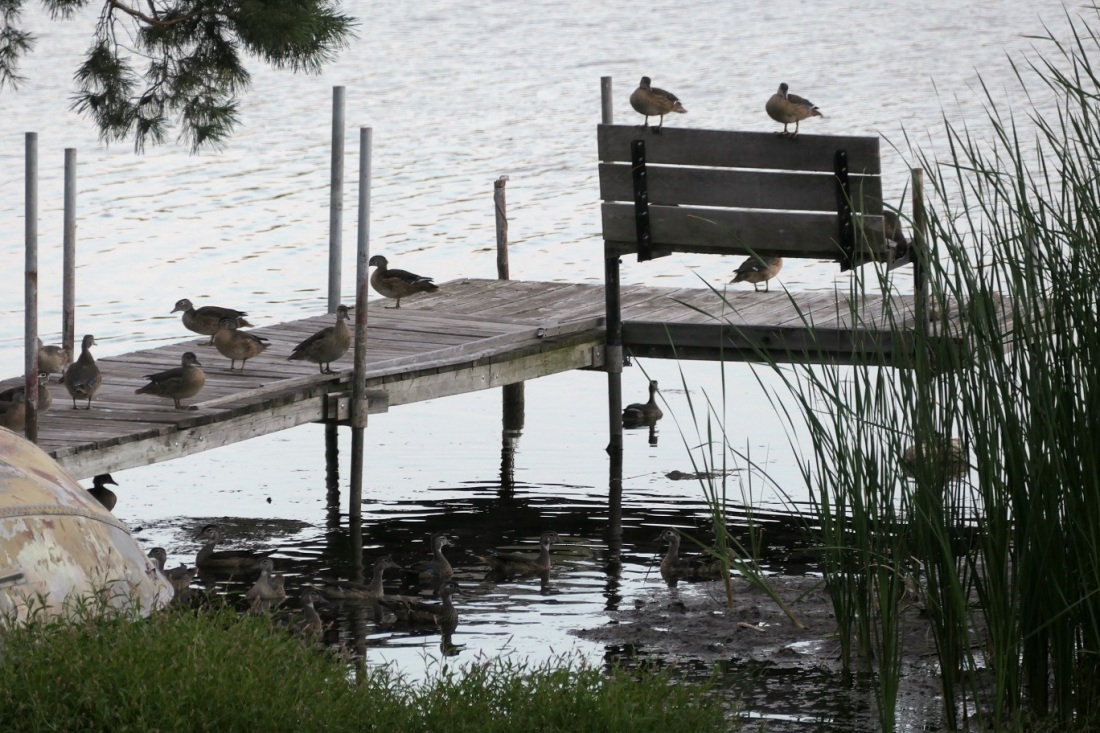 [The weather forecast for the week was magnificent.  We are usually at Indiana University summer camp at this time of year (also always the first week of August), so we looked forward to attending the golf  tournament for the first time in years – hiding out behind the 9th green, far from the madding (and possibly infectious) crowds.  Here’s the Super on the first day of qualifying . . . ]

[The area around the clubhouse putting green, scoreboard, and food tent was singularly uninviting for health reasons . . . ] 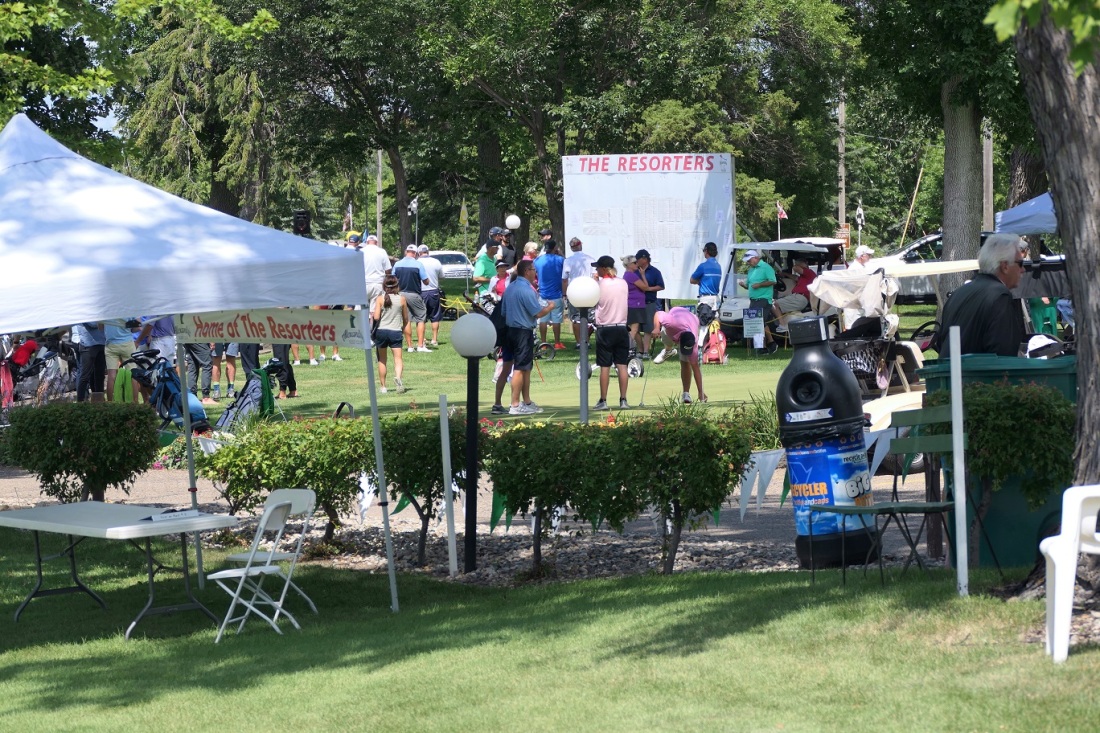 [The course, as usual, was beautifully groomed by Donnacha O’Connor and his staff . . . ]

[Yes, I know Gretch – where are the masks?  They had to worn inside, and I don’t think any food was served or available inside all week . . . ] 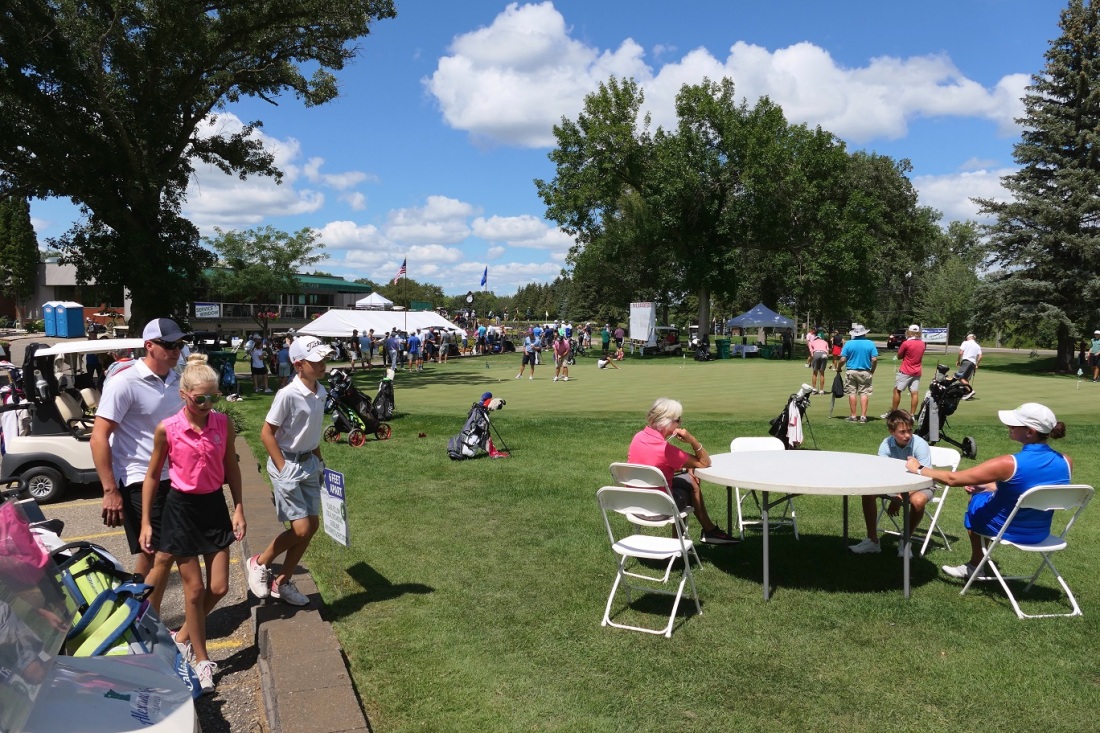 I don’t want to play golf. When I hit a ball, I want someone else to go chase it.  ~  Rogers Hornsby

The reason a pro tells you to keep your head down is so you can’t see him laughing.  ~  Phyllis Diller

[Speaking of Donnacha, here he is caddying for his daughter Aisling . . . ]

[Aisling and her older sister Ciara are on the Alexandria high school golf team . . . ] 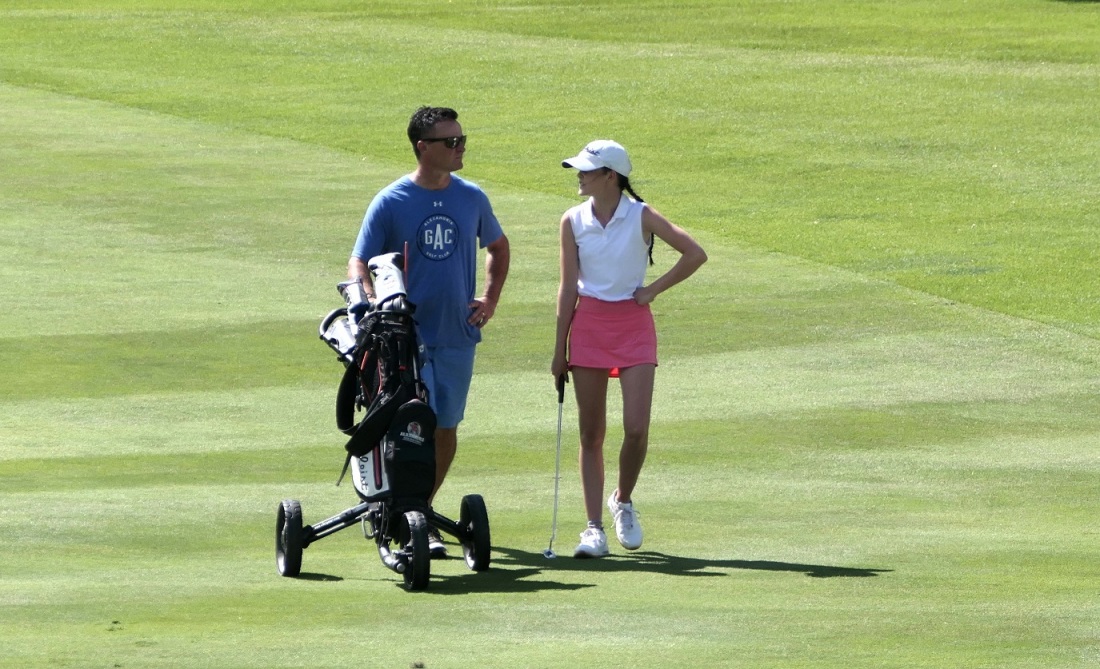 [Ciara upset the #1 seed in match play but I didn’t get to see her play.  The golf season for her senior year was cancelled, but she will play for St. Kate’s next year (COVID permitting).  Aisling will be back for the Cardinals . . . ]

Golf appeals to the idiot in us and the child. Just how childlike golf players become is proven by their frequent inability to count past five.  ~  John Updike 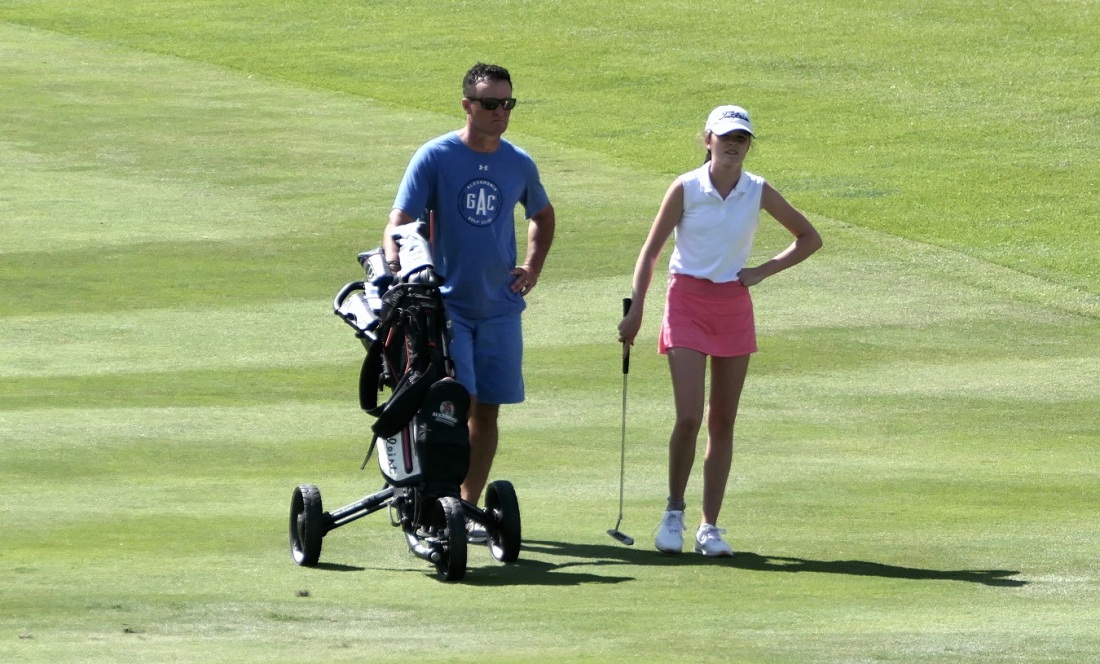 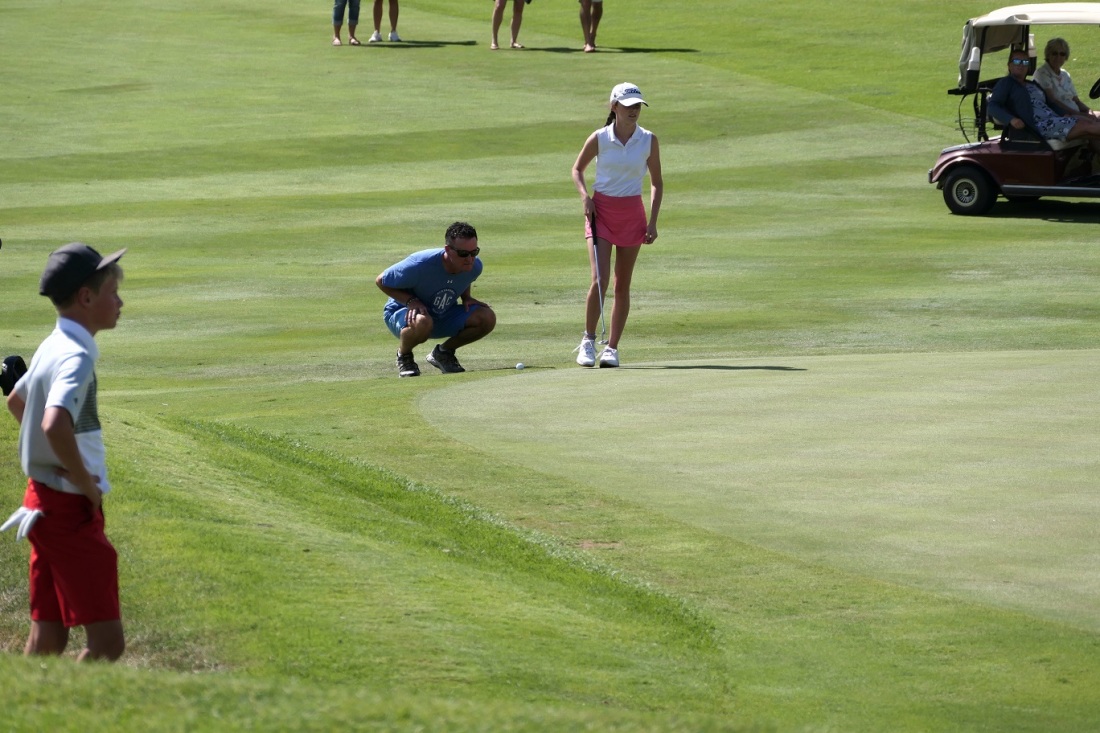 [But I don’t know if he can beat his daughters?]

The most important shot in golf is the next one.  ~  Ben Hogan 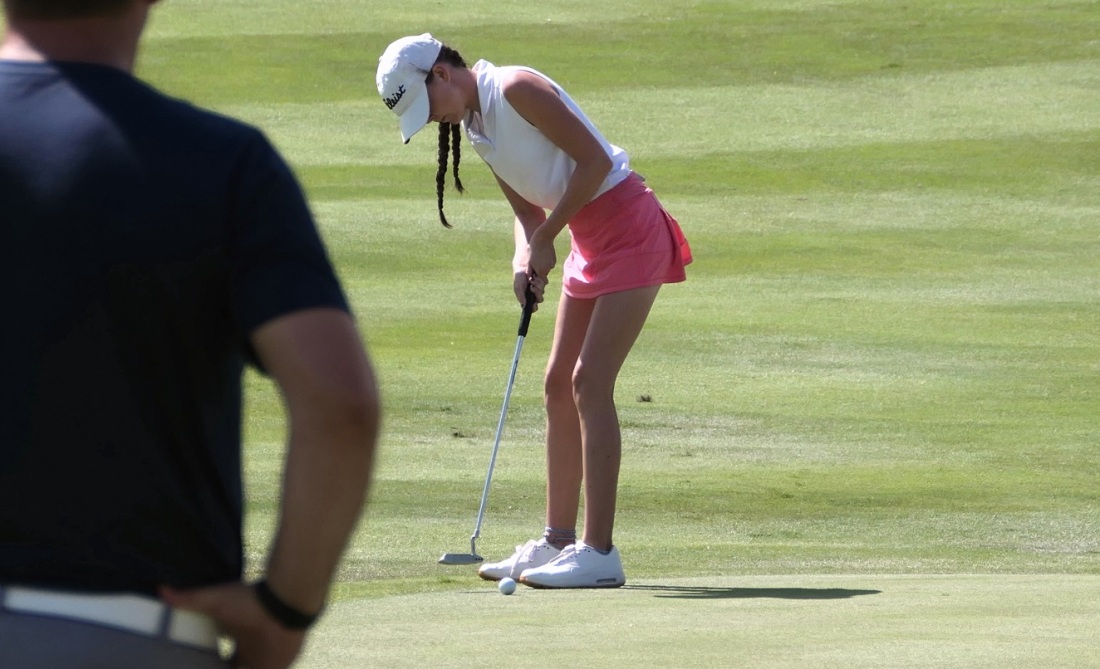 [We’re at the 10th tee.  Erik Schultz of Salty Dogs fame is at the mic announcing the players, which in this instance included our partner in music, Dave Berg, on the left, and his opponent next to him, Pat Ellingson, grandfather of multiple Cardinal girl hockey players including an upcoming twin riding in the golf cart with him . . . ]

[And Karin Berg, generously sharing her cart with Dave . . . ]

[The Super sharing some final advice with Karin . . . ] 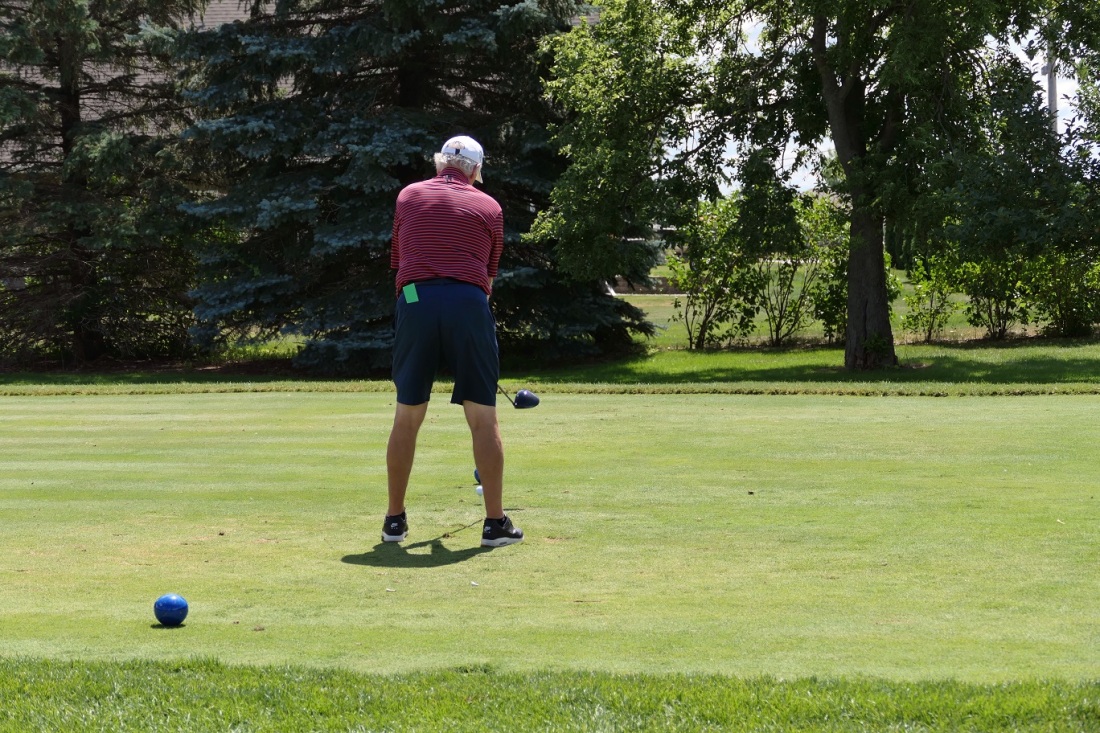 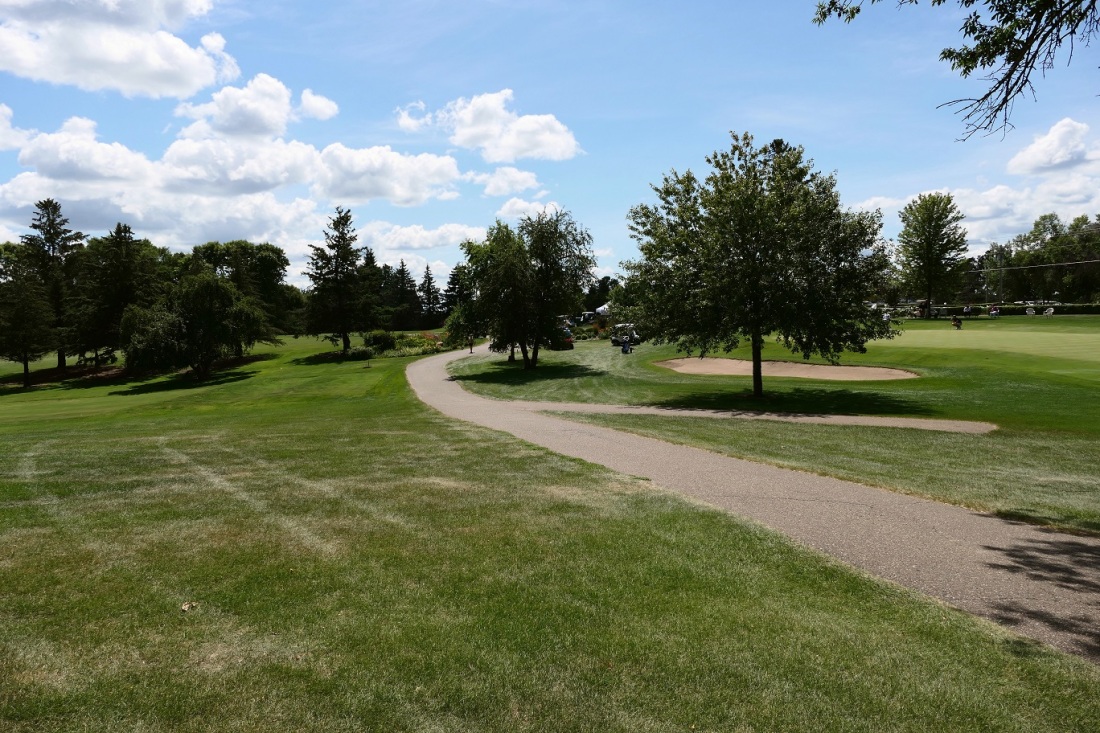 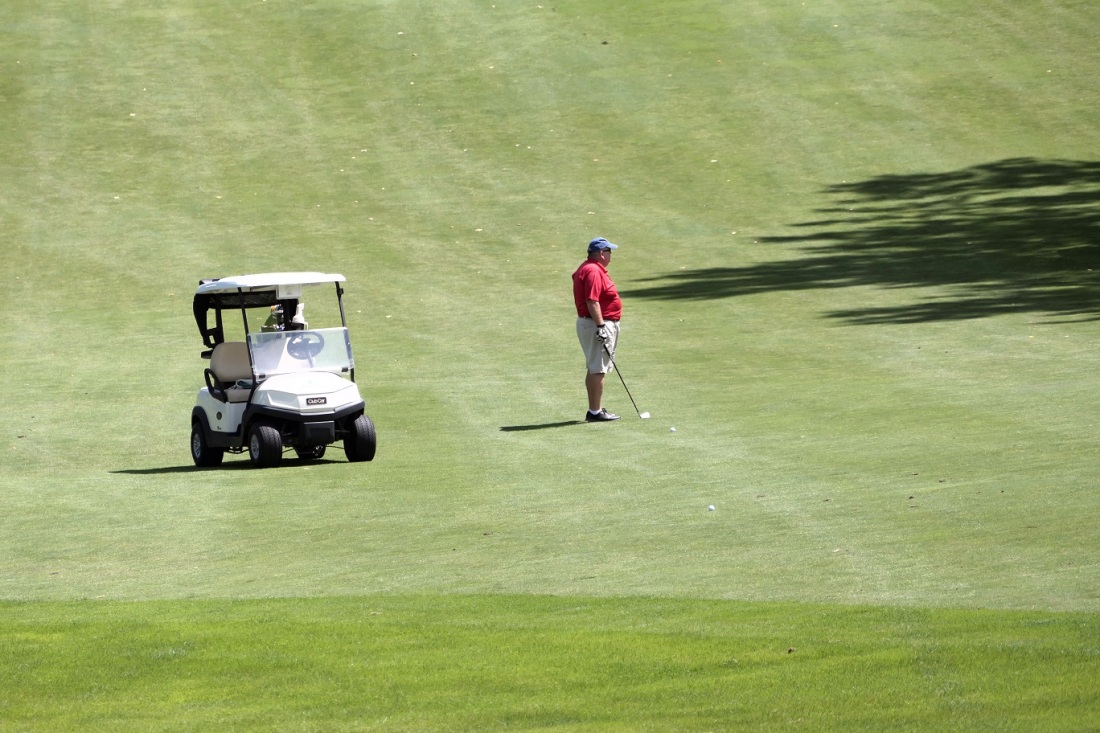 It took me seventeen years to get three thousand hits in baseball. I did it in one afternoon on the golf course.  ~  Hank Aaron 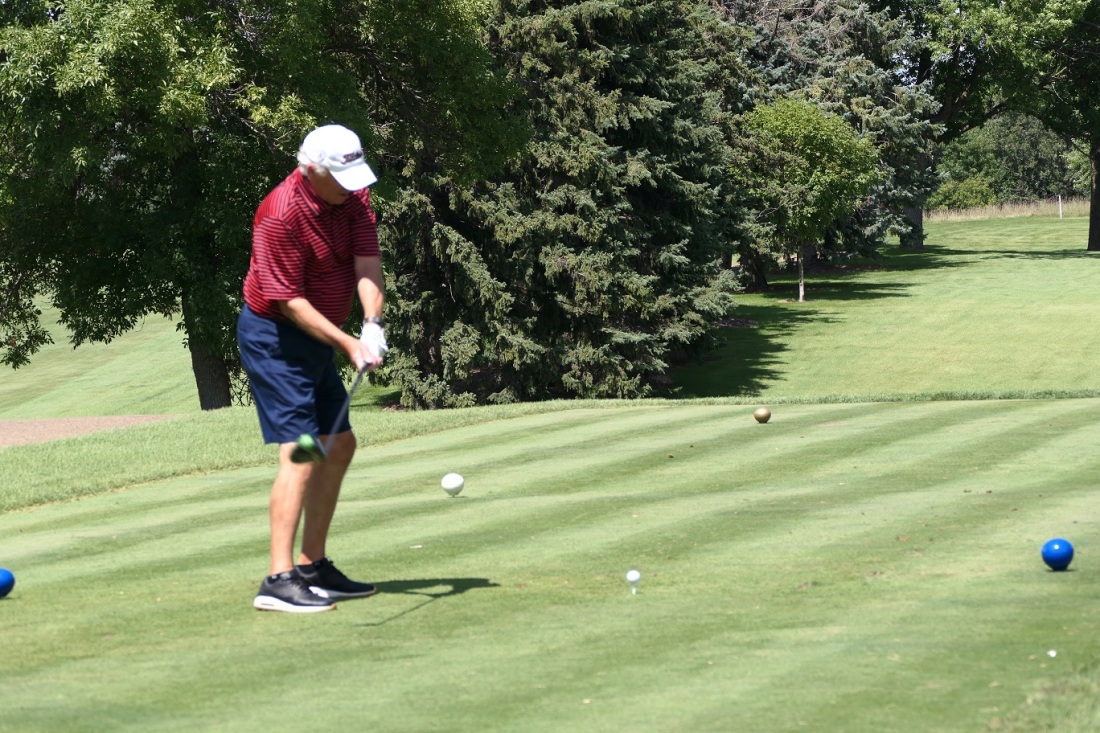 The only sure rule in golf is he who has the fastest cart never has to play the bad lie.  ~ Mickey Mantle 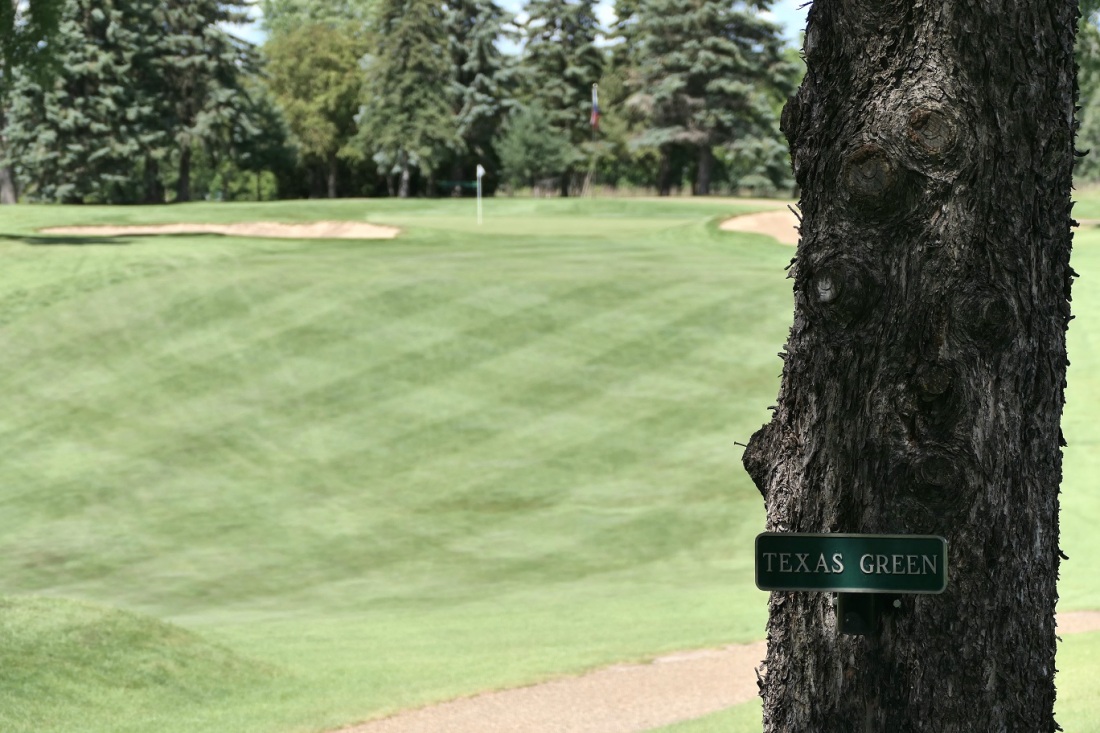 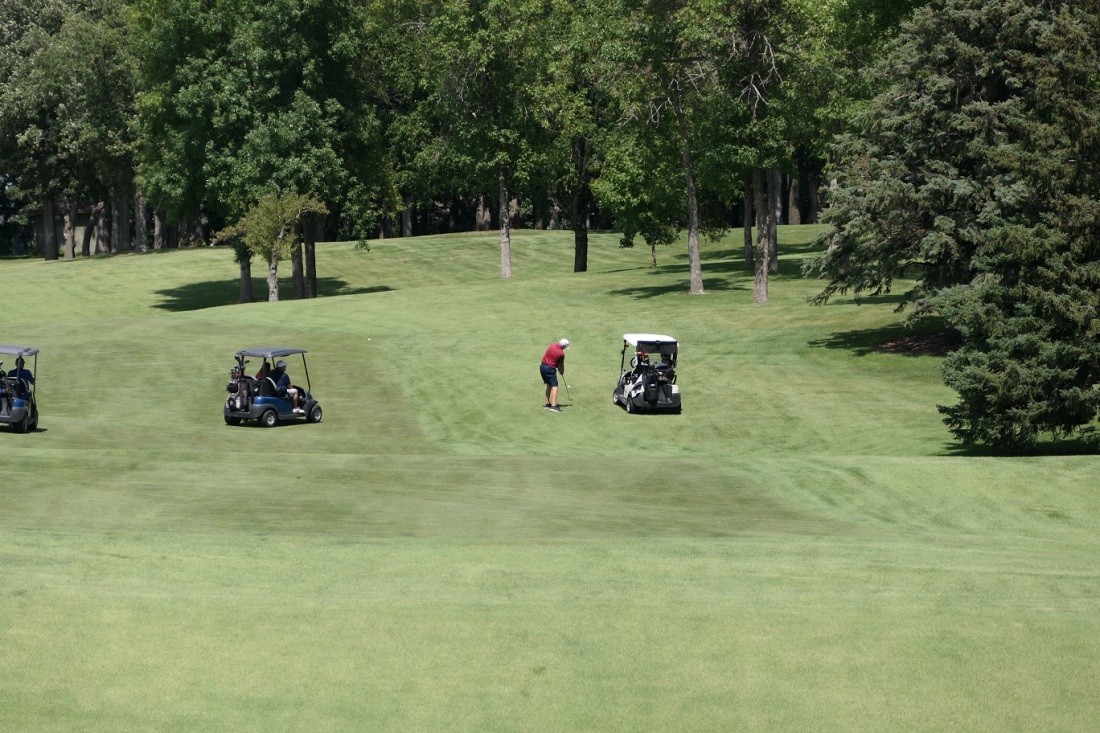 Golf and sex are about the only things you can enjoy without being good at.  ~  Jimmy Demaret

[Thank you Dr. Sandra Johnson for my Gopher mask!]

[We didn’t make it back to the Resorters for the rest of the week.  It turned out the weather forecast was a little too optimistic.  We had decent weather for our Fat Boys morning stroll, and then . . . ]

[Terry and Bill were joined for the evening by old stable mate, Al Lieffort . . . ] 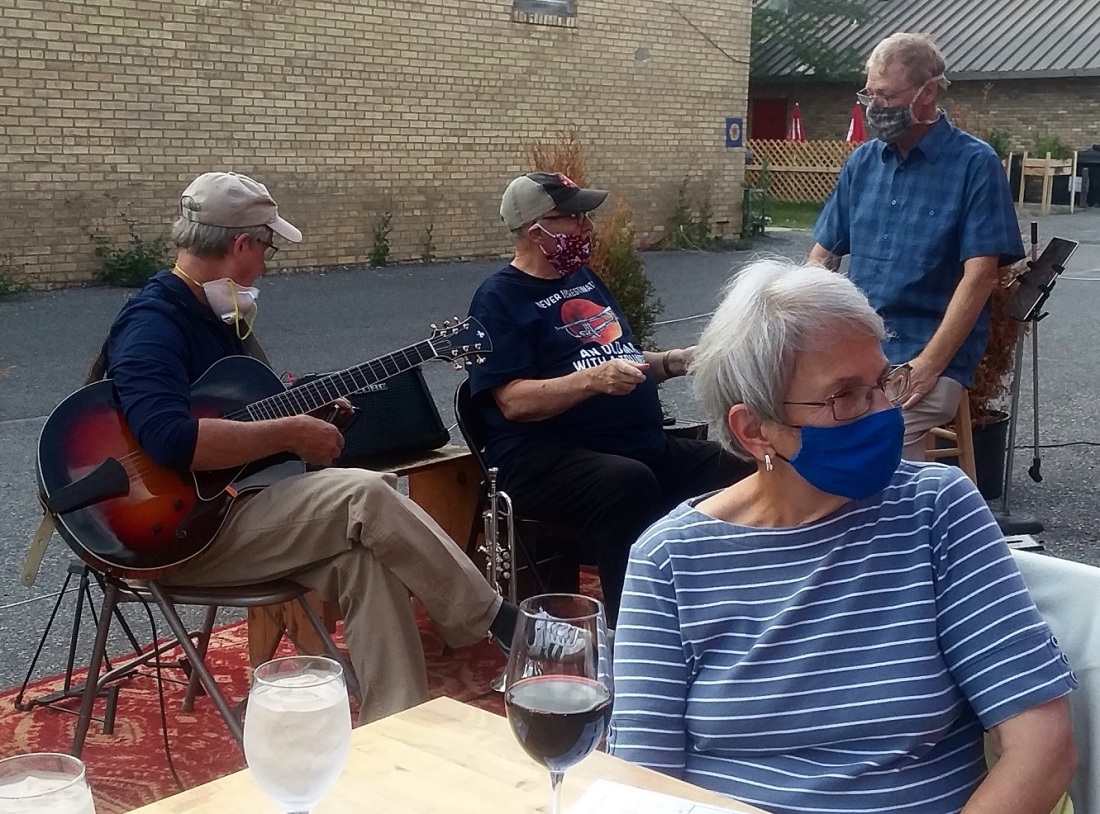 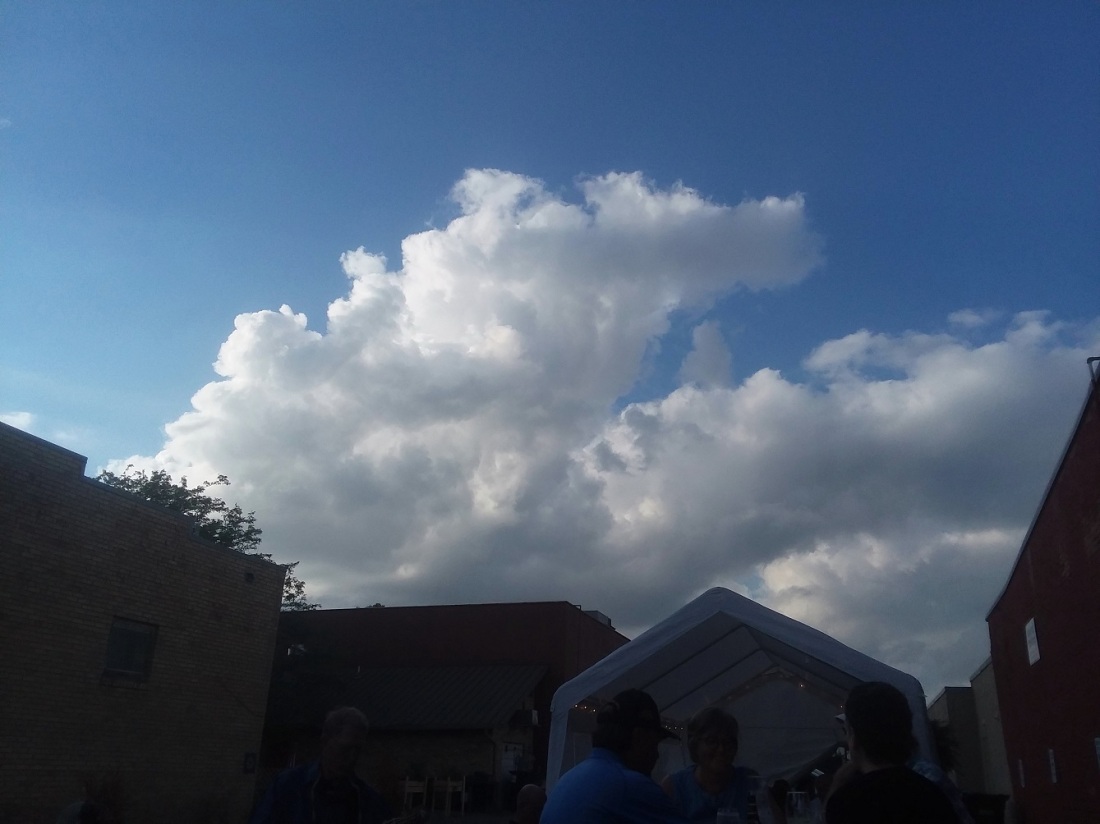 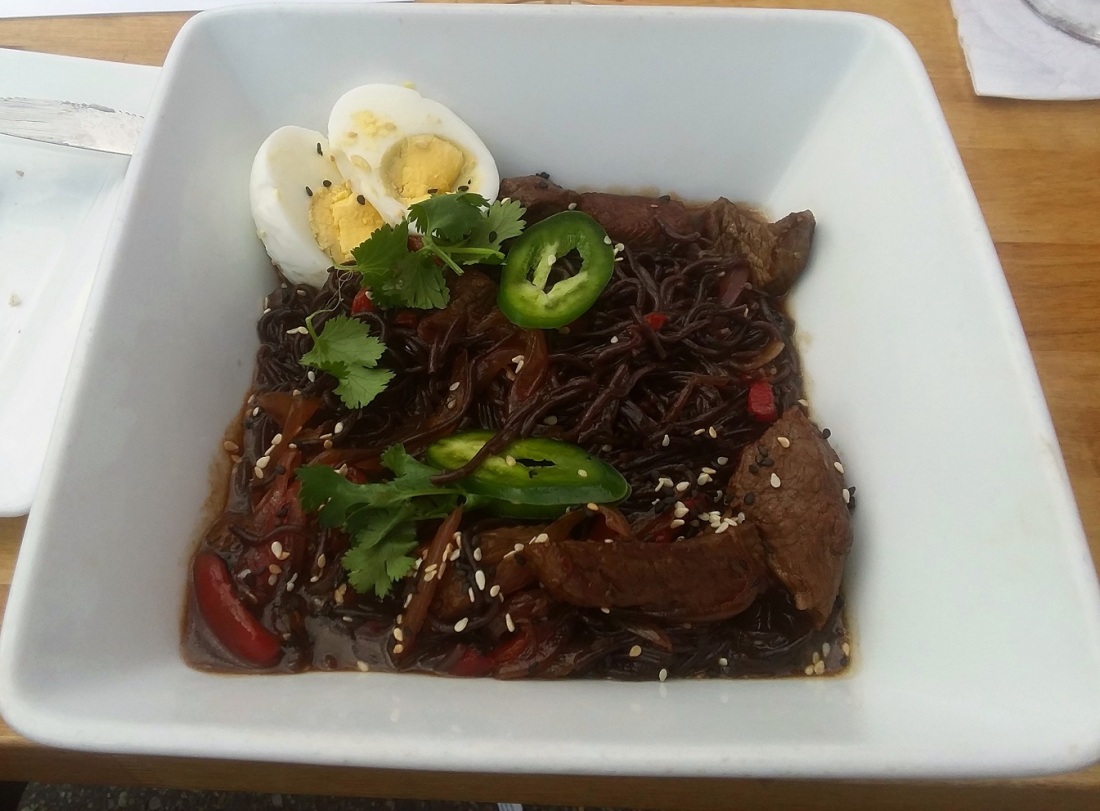 [On Resorters championship day, we had a date at the winery with Elsa Lee . . . ]

[With a cameo appearance by Alia Kopischke’s wedding . . . ]

[And during her college years she worked at the winery . . . ]

[Meanwhile, Elsa took the stage.  At least we got there early enough that I could be her roadie.  I saw the keyboard in the back of her car.  She said she could handle it, she does it all the time.  I asked her how much it weighed.  She said 40 pounds.  I let her carry it.  I think I was able to handle her bench seat and mic stand . . . ]

[We hadn’t seen her for quite a while.  And as a performer, she hadn’t been able to perform much.  A bunch of her schedule was wiped out by COVID of course . . . ] 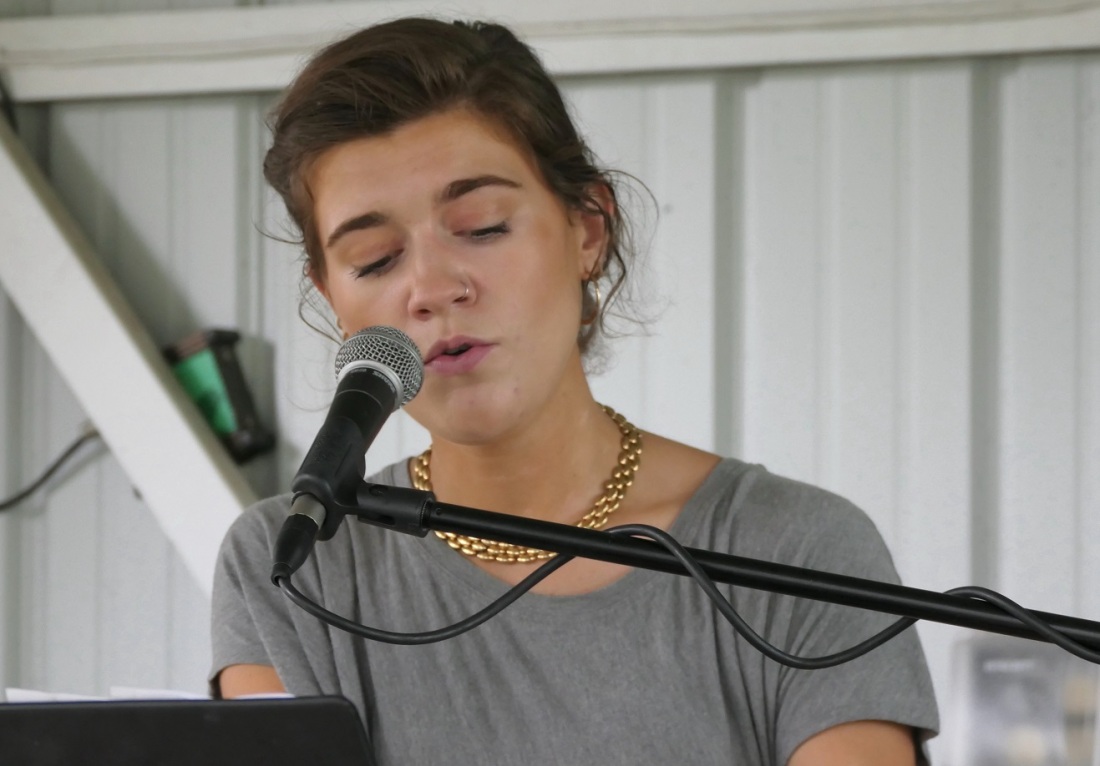 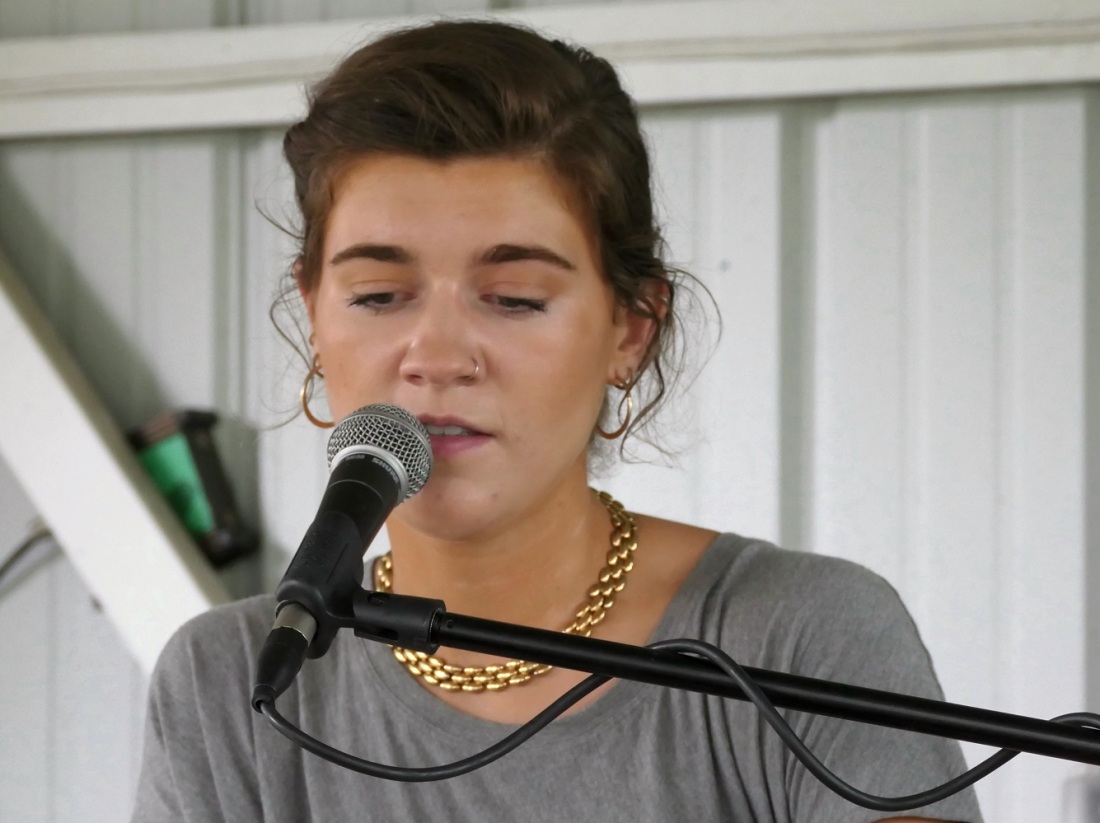 [My first attempt at a video with the new camera fizzled.  Unfortunately, it was “Border Song,” which Elsa knew to be the Super’s favorite.  I didn’t know this song was coming when I started to video – but I liked it . . . ]

[Oh, the Bergs did join us, a little late.  They had a gig at the golf course.  Dave won the Masters Division, 1st fight championship at the Resorters.  Not the way he wanted, his opponent had to forfeit because of a death in his family, but his son came up to play with him the last day.  It was a total surprise for Dave . . . ] 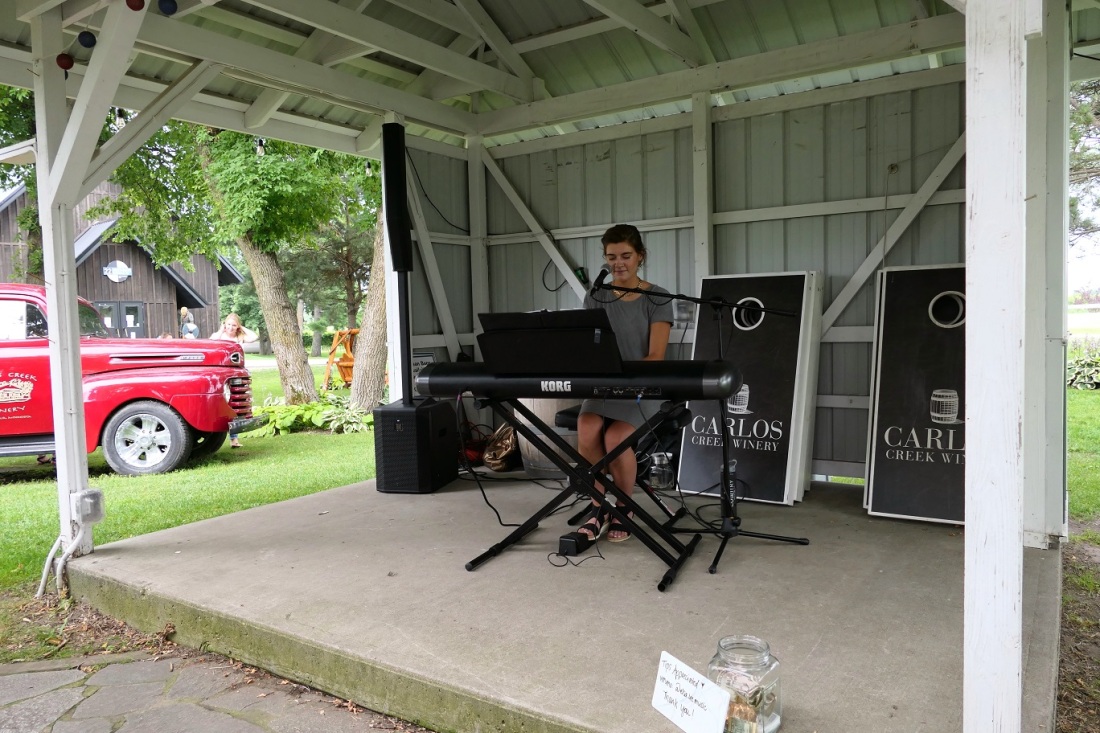 [She’ll be back for Grape Stomp – weather and COVID permitting . . . ] 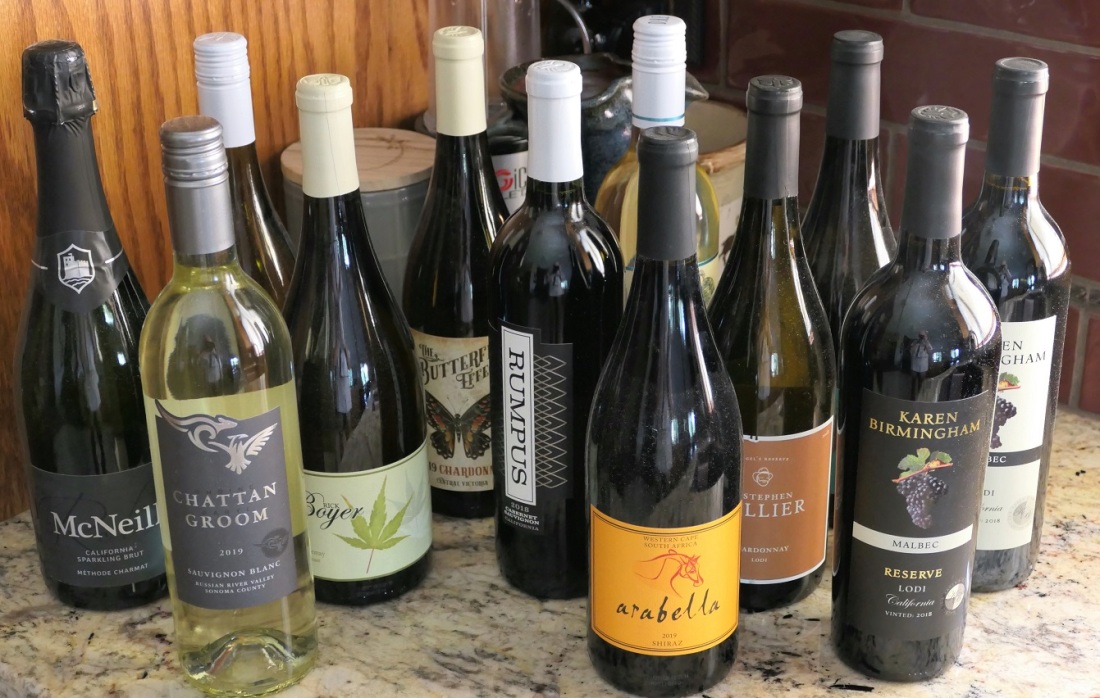 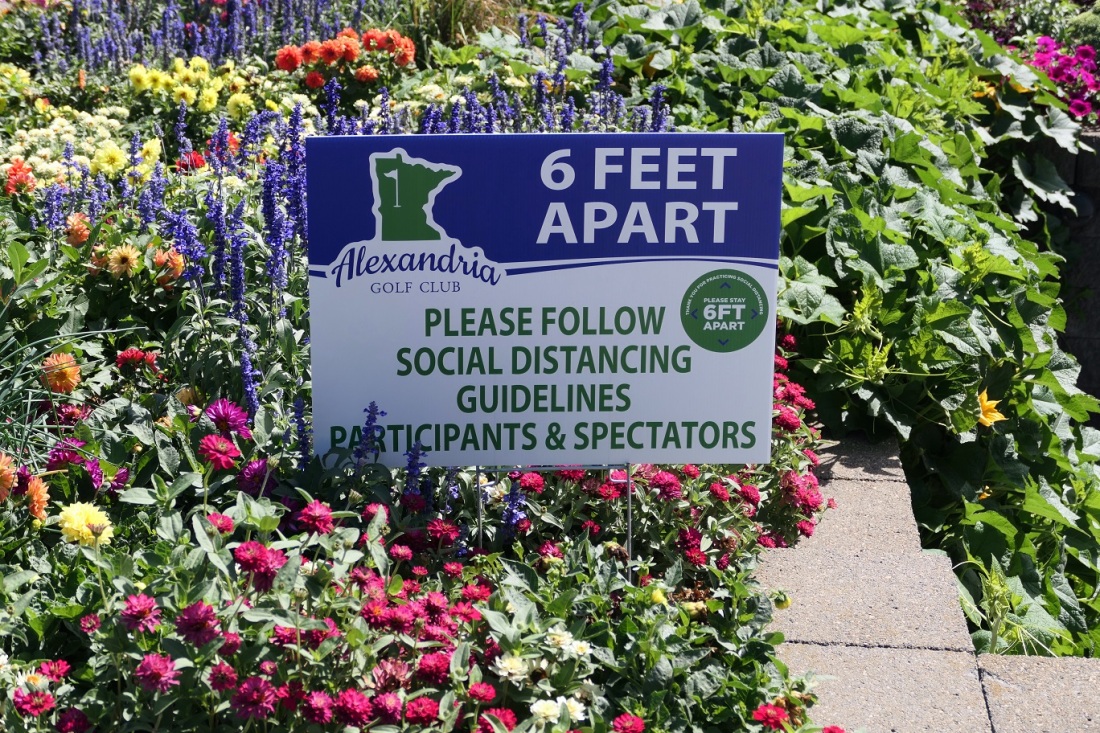 [The three of us have been meeting for lunch on a monthly basis for several years now.  Little Mayo comes up from Burnsville, and we attend various eateries in the greater Alexandria metropolitan area . . . ]

[But of recent times, between COVID and Brad’s various health issues, we’ve only been able to do this a few times in the last couple years

[And Dave just magically appeared again – to play 9 holes with Karin.  He is technically also a ’65er, but he only lived in Alex from 7th through 9th grade and did not graduate here.  We did not remember him from them, meaning he likely didn’t try to steal our lunch money . . . ] 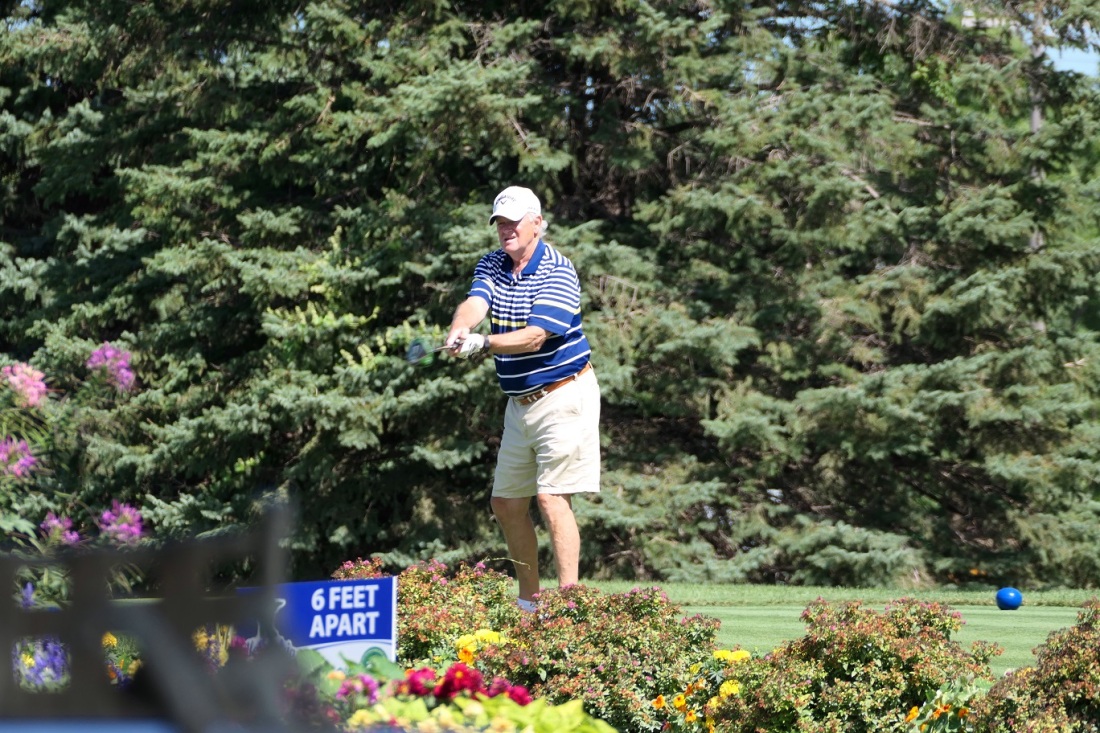 [And here again is Taylor Breitkreutz.  Taylor has been carrying our food here all summer and during the Resorters . . . ] 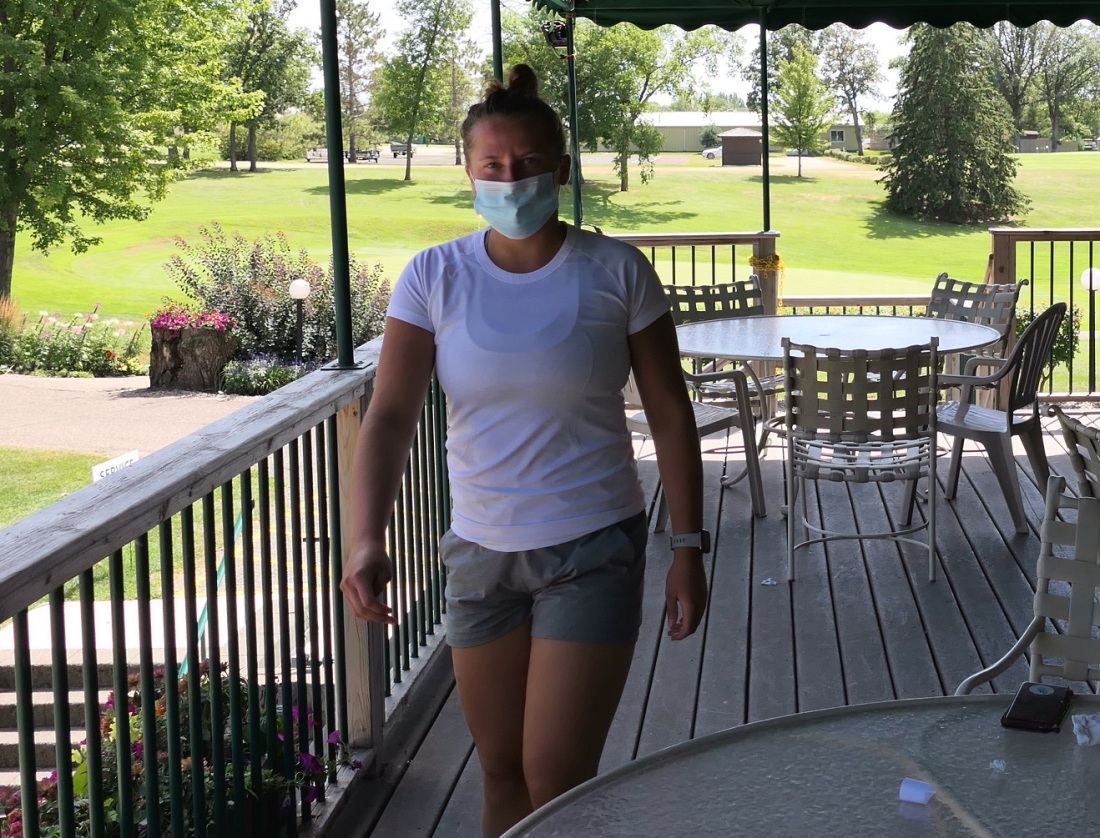 [Just as she used to carry the puck for the Cardinals (yes, because whom amongst doesn’t like girl hockey players?).  She’s soon off to start her sophomore year at the U . . . ] 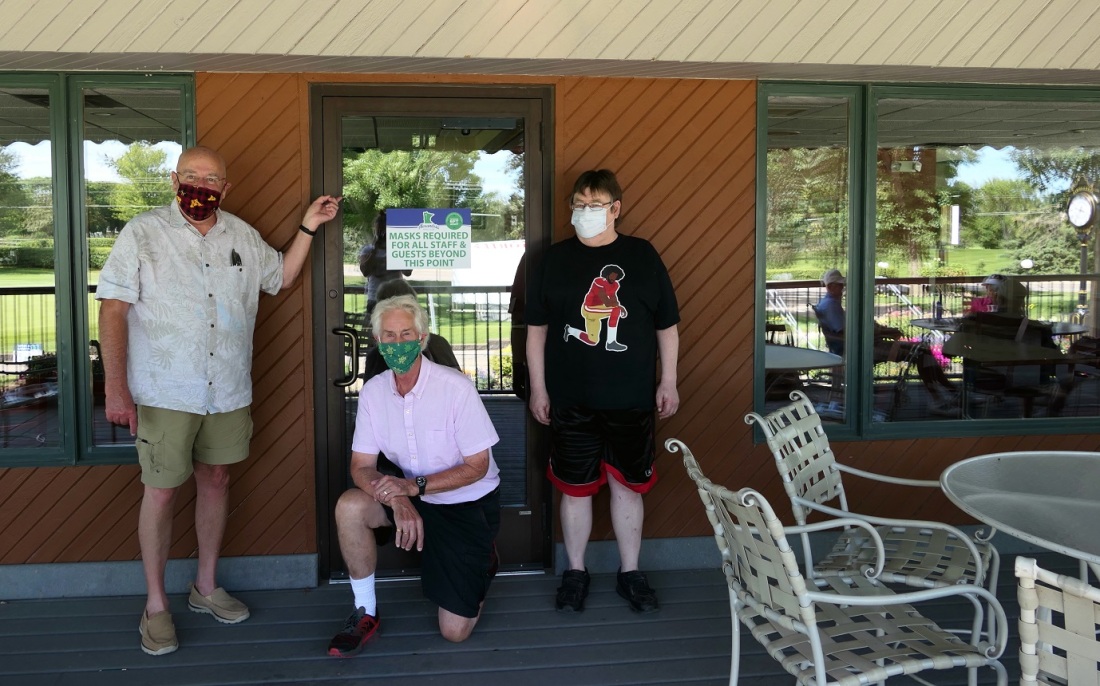 Golf is a game whose aim is to hit a very small ball into an even smaller hole, with weapons singularly ill-designed for the purpose.  ~  Winston Churchill