A main feature you may have noticed in Part 1 was a dearth of photos?  That is true.  Remember, this was back in the day of film.  And Kodachrome (see Paul Simon’s song) came in rolls of 24 shots.  So if you shot a roll of film a day on a 2-week trip, you needed to take 14 rolls of film along.  It could become logistically difficult.  On this trip, therefore, I took about 300 photographs for the entire trip.  As you may have noticed in latter day trips, I often take up to 200 digital photographs . . . per day!  Live long and prosper . . .

[Here we are now in Grand Place (“ploss”, recognizing this is a foreign language) with Michelle, Roy, and Ruthie.  The Grand Place or Grote Markt is the central square of Brussels.  It is surrounded by opulent guildhalls and two larger edifices, the city’s Town Hall, and the ‘King’s House’ or ‘Breadhouse’ building containing the Brussels City Museum. The square measures 68 by 110 metres (223 by 361 ft).  The Grand Place is the most important tourist destination and most memorable landmark in Brussels.  It is also considered as one of the most beautiful squares in Europe, and has been a UNESCO World Heritage Site since 1998 (Wikipedia).]

[Lots of lovely outdoor cafes for your wining and dining pleasures . . . ]

[Renovations were unfortunately the order of the day when we were there . . . ]

[The oldest part of the present Town Hall is its east wing (to the left when facing the front).  This wing, together with a shorter belfry, was built and completed in 1420.  [A] second, somewhat longer wing was built on to the existing structure, with laying its first stone in 1444.  The facade is decorated with numerous statues representing nobles, saints, and allegorical figures. The present sculptures are reproductions; the older ones are in the city museum in the ‘King’s House’ across the Grand Place.  The 96-metre-high (315 ft) tower in Brabantine Gothic style . . . by 1454, this tower, replacing the older belfry, was complete.  Atop the spire, stands a 5-metre-high gilt metal statue of the archangel Michael, patron saint of Brussels, slaying a dragon or devil (Wikipedia).]

[Remember the thing about Belgian lace in Part 1?] 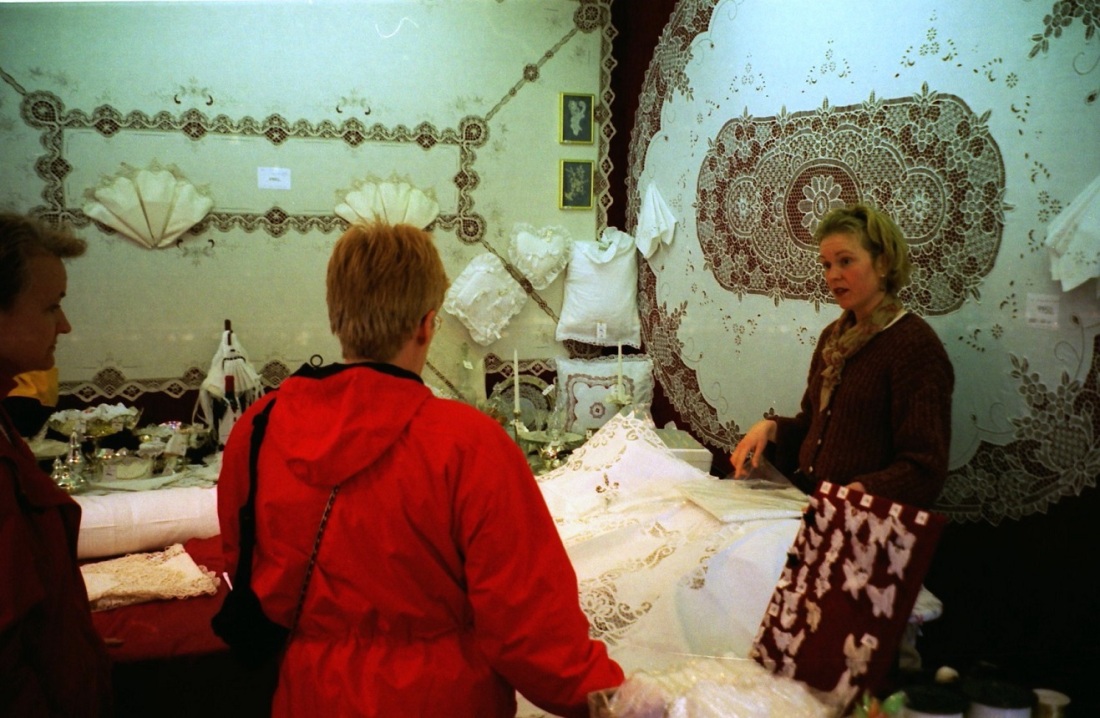 [Manneken Pis (“Little Pissing Man”‘) is a landmark 61 cm (24 in) bronze fountain sculpture in the centre of Brussels, depicting a naked little boy urinating into the fountain’s basin.  It was put in place in 1618 or 1619.  The current statue is a replica which dates from 1965.  The original is kept in the Brussels City Museum.  Manneken Pis is the best-known symbol of the people of Brussels.  It also embodies their sense of humour (called zwanze in the dialect of Brussels) and their independence of mind.  Manneken Pis is located only five minutes’ walk from the Grand Place (Wikipedia).]

[Everard t’Serclaes (c. 1320 – 31 March 1388), lord of Kruikenburg , was a citizen of Brussels, who was made famous by his recovery of that city from the Flemings.  Everard is commemorated by a monument located on Charles Buls street in Brussels, just off the Grand Place.  It is said among locals that the statue of Everard t’Serclaes brings luck and grants the wishes of all who touch it.  Many tourists touch (or rather rub) the statue, particularly the arm, because legend has it that rubbing the arm will ensure one’s return to Brussels.  Other parts are also touched frequently by the tourists such as the face of an angel, a dog, and one of the shields.  This constant polishing keeps the body shining compared to the rest of the sculpture (Wikipedia).] 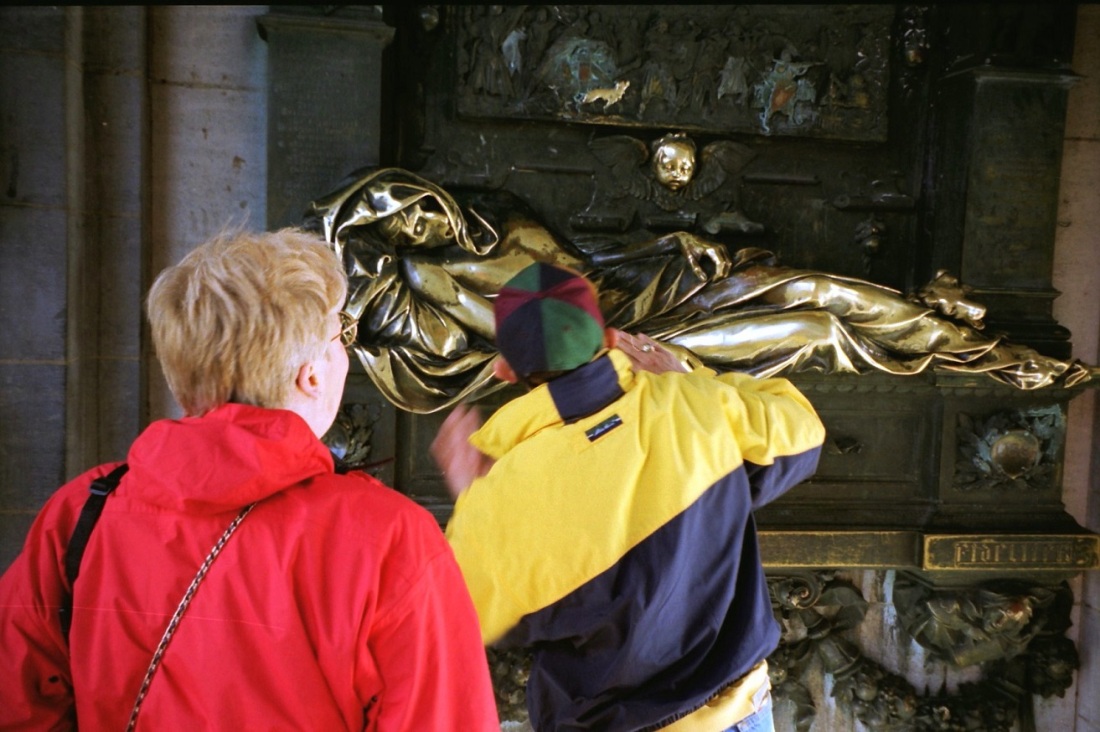 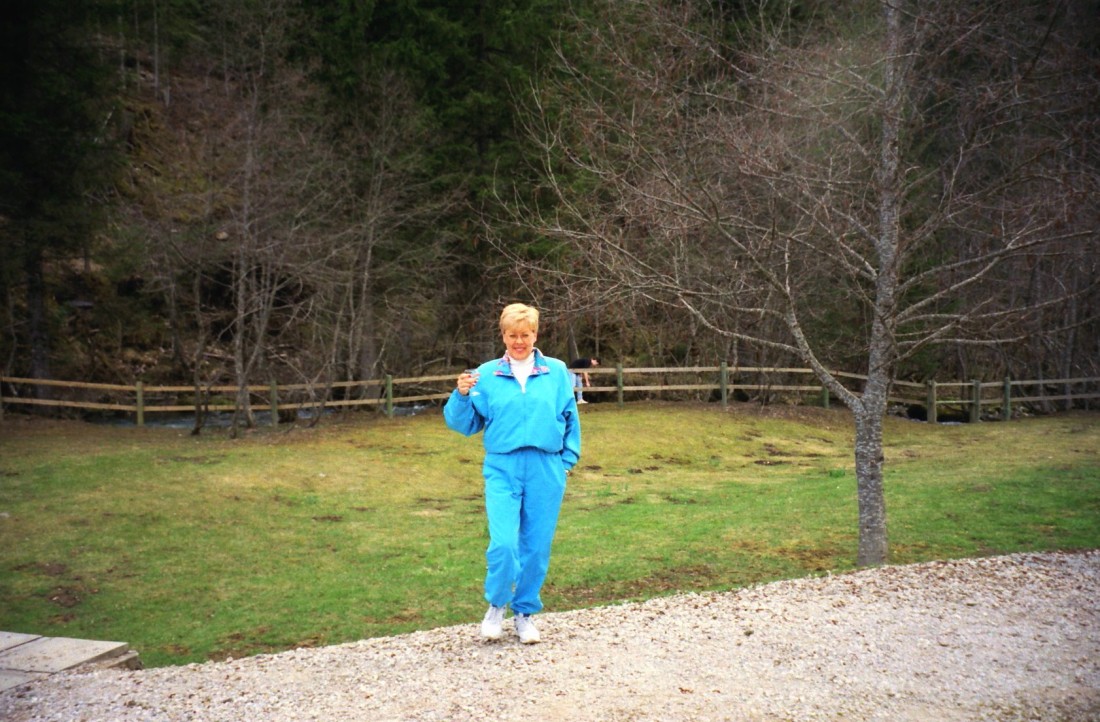 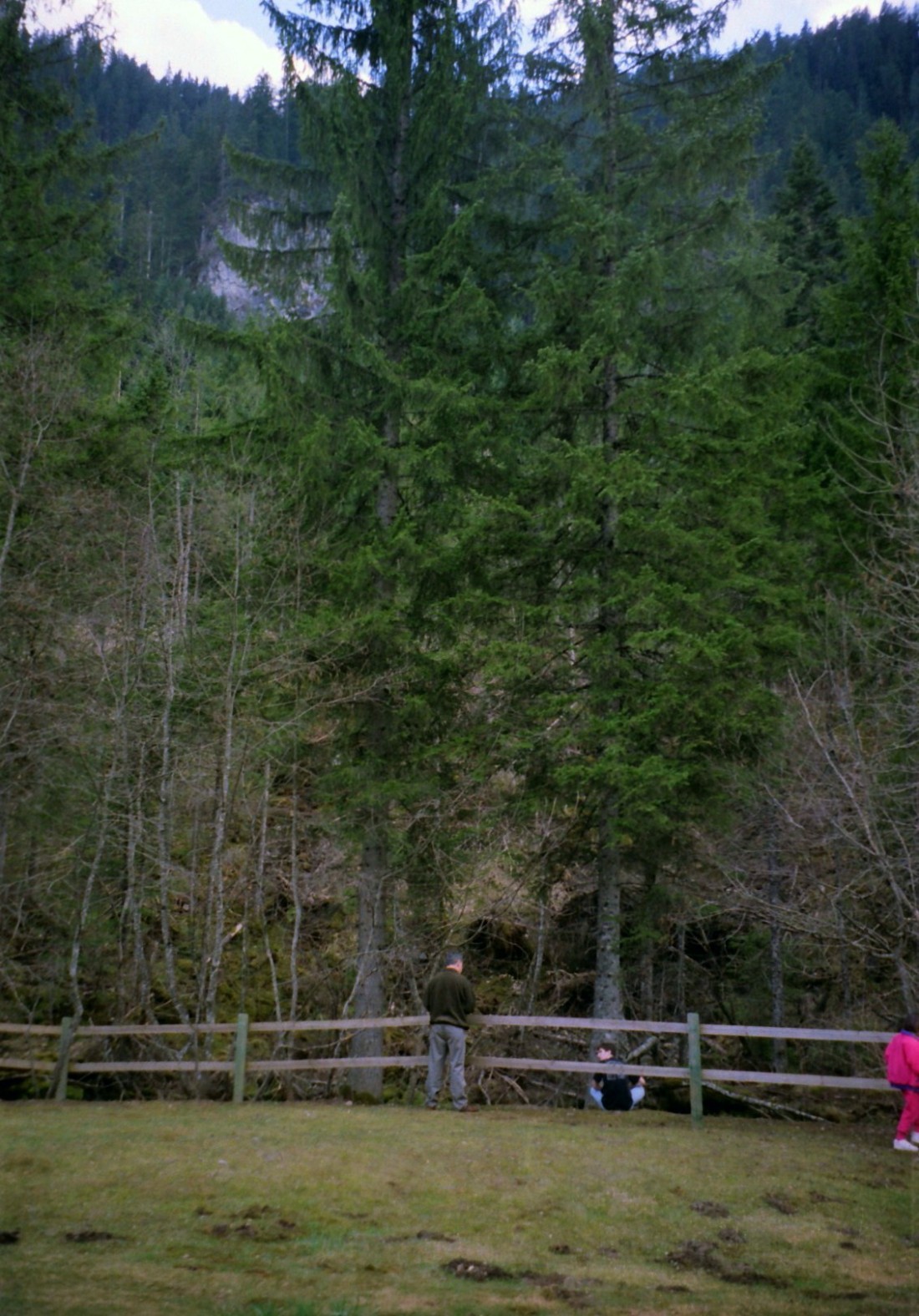 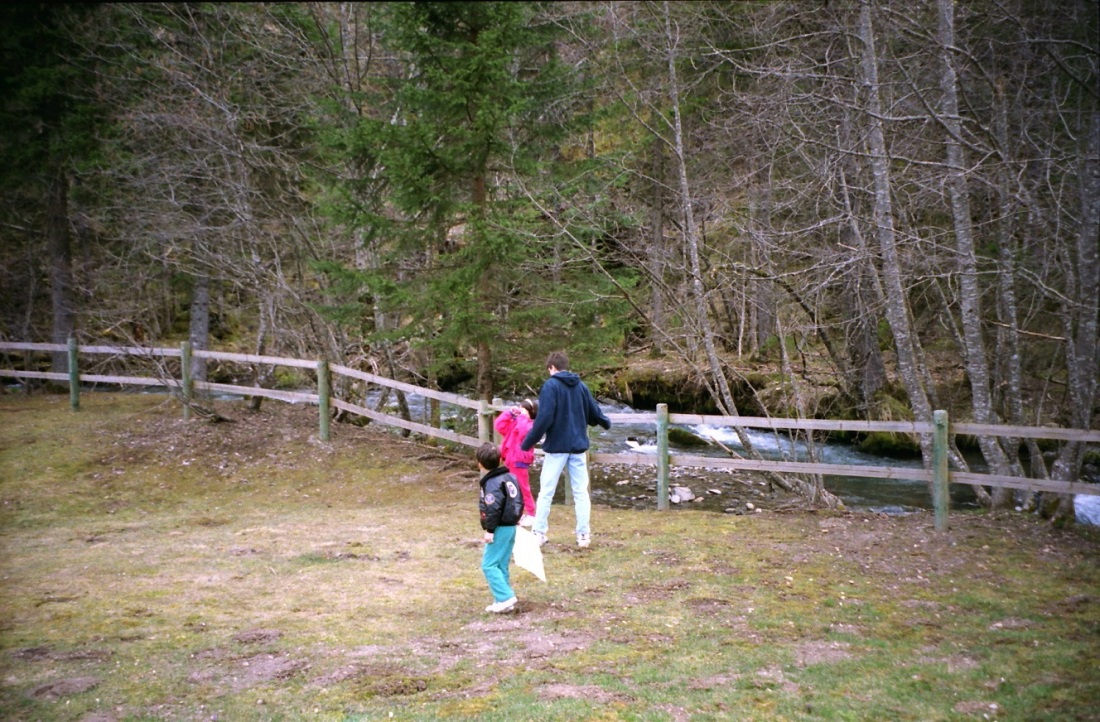 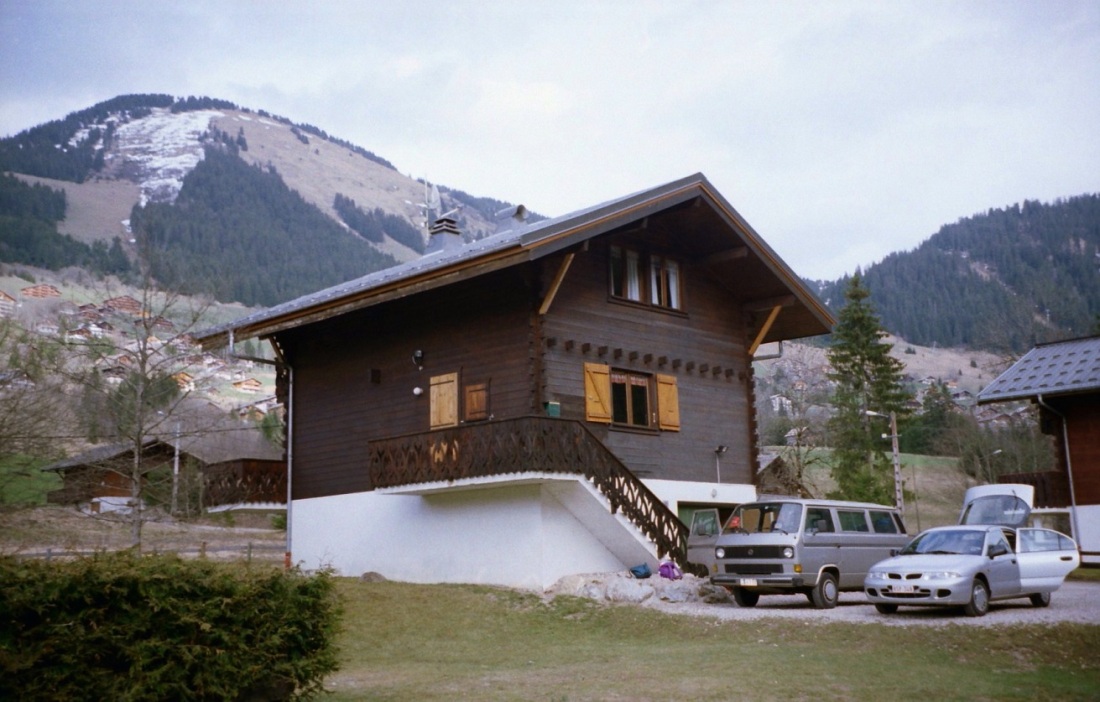 [An idea of where we were:  Montreux is a Swiss town on the shoreline of Lake Geneva at the foot of the Alps.  It and has a population of approximately 26,433, and about 85,000 in the agglomeration Vevey-Montreux as 2019 (Wikipedia).] 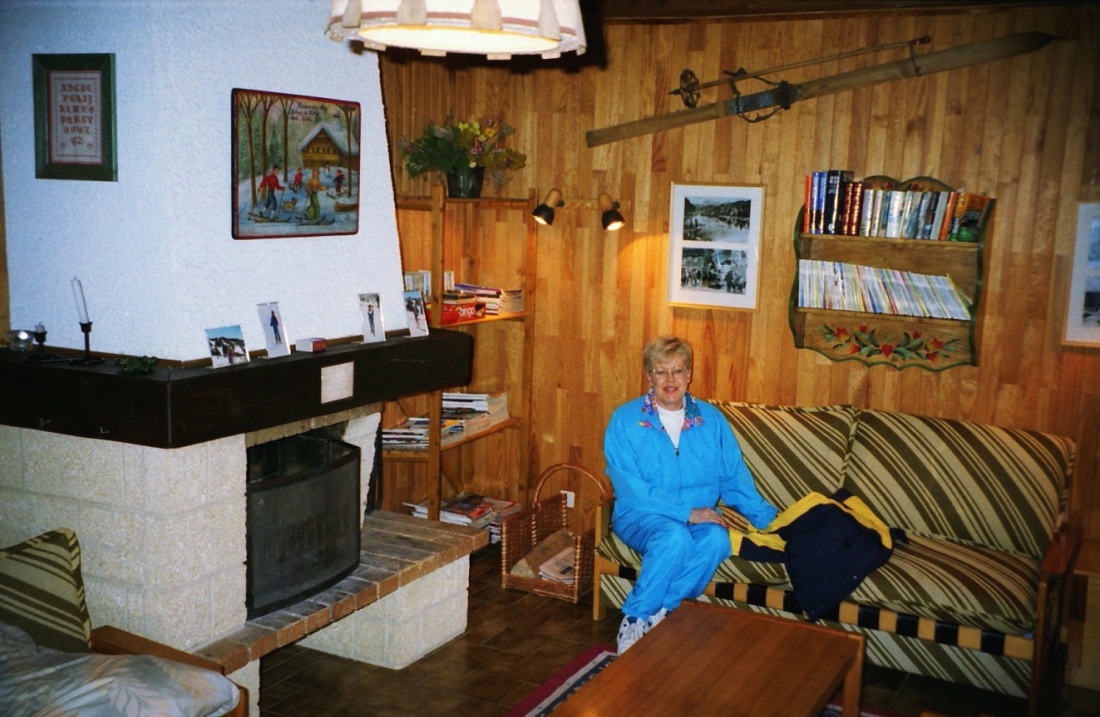 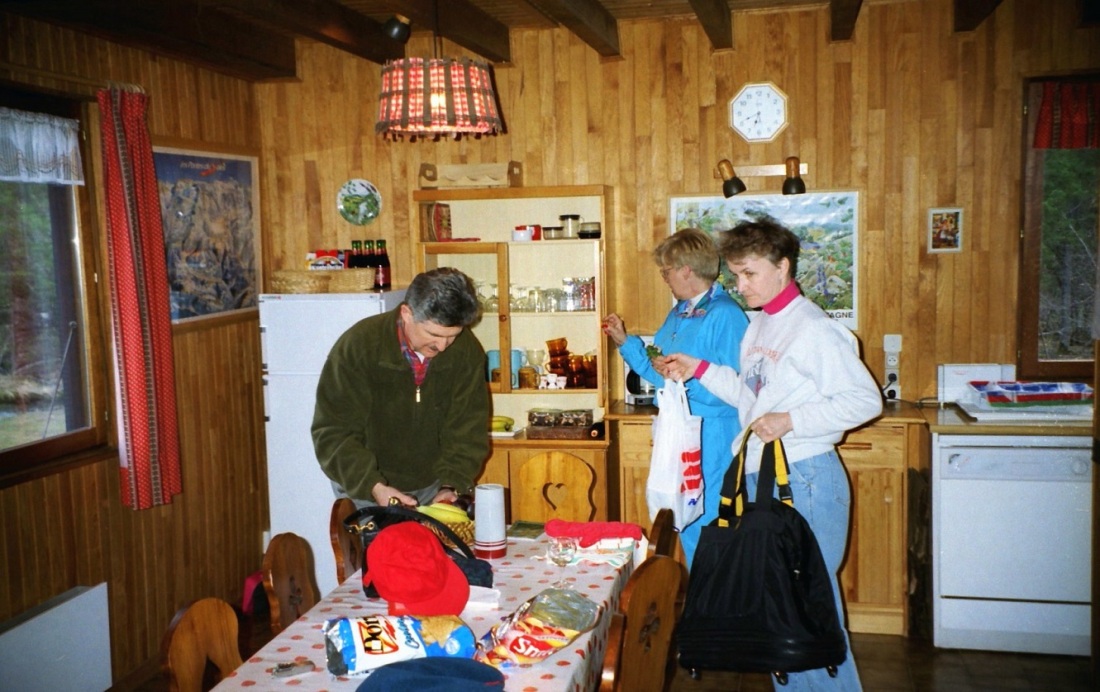 And hoping this doesn’t piss you off?

Belgium is a country invented by the British to annoy the French.  ~  Charles de Gaulle

Up Next:  More Europe