Switzerland’s been weird since they unplugged the clocks.  ~  Carly Simon

As we had to the finish line, I’m finding the order of the photos on the discs often did not match the order, or place, where they were taken.  Bear with me while I try to muddle through with 23-year old memories . . .

[And Roy-san waving from the Gornergrat observatories . . . ] 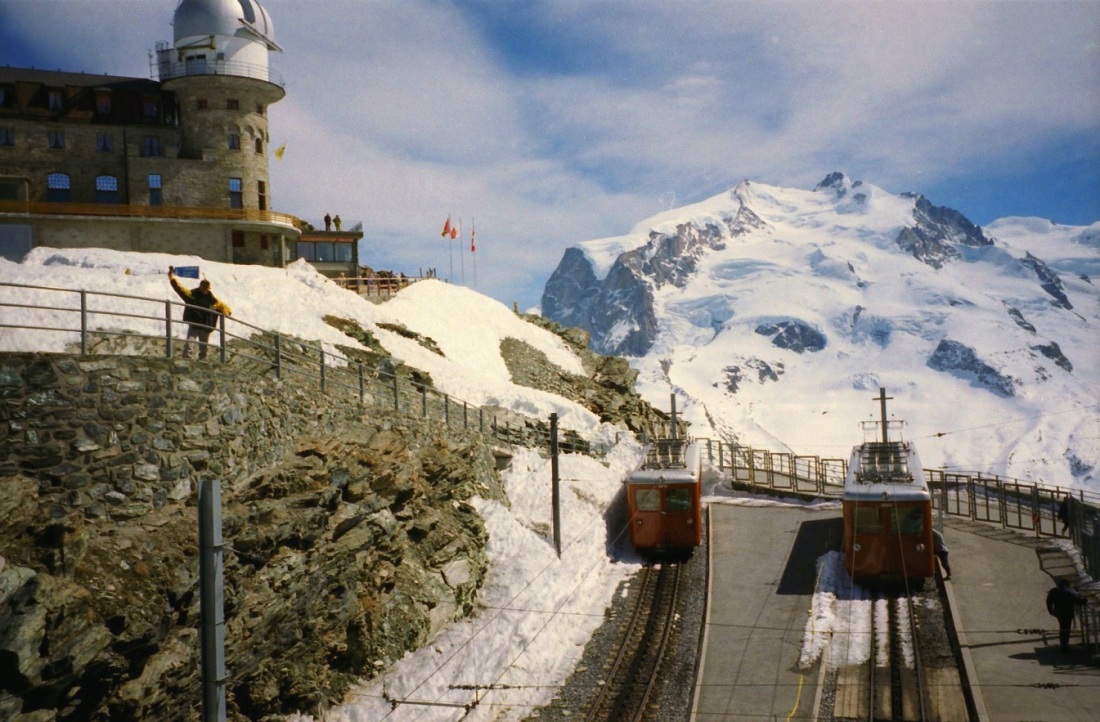 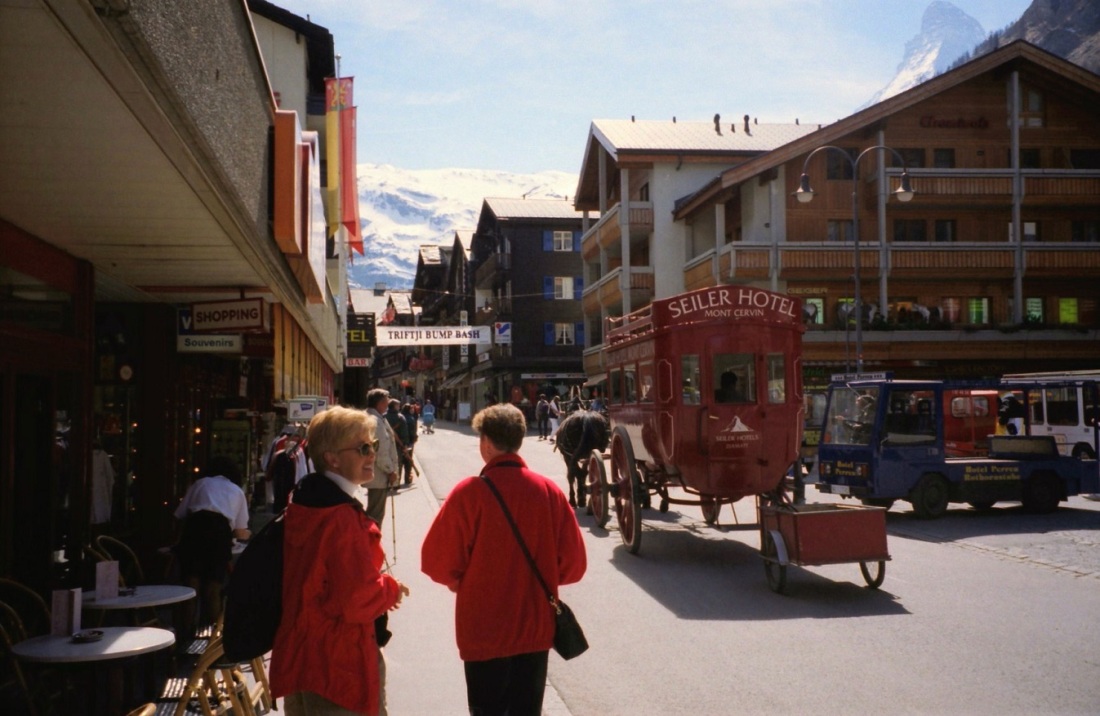 [I believe I still have a Zermatt tee shirt somewhere . . . ]

[I have no idea, but it may be at the Swiss-French border.  In the good old days of the EU crossing from one country into another was like crossing from Nebraska into Iowa . . . ] 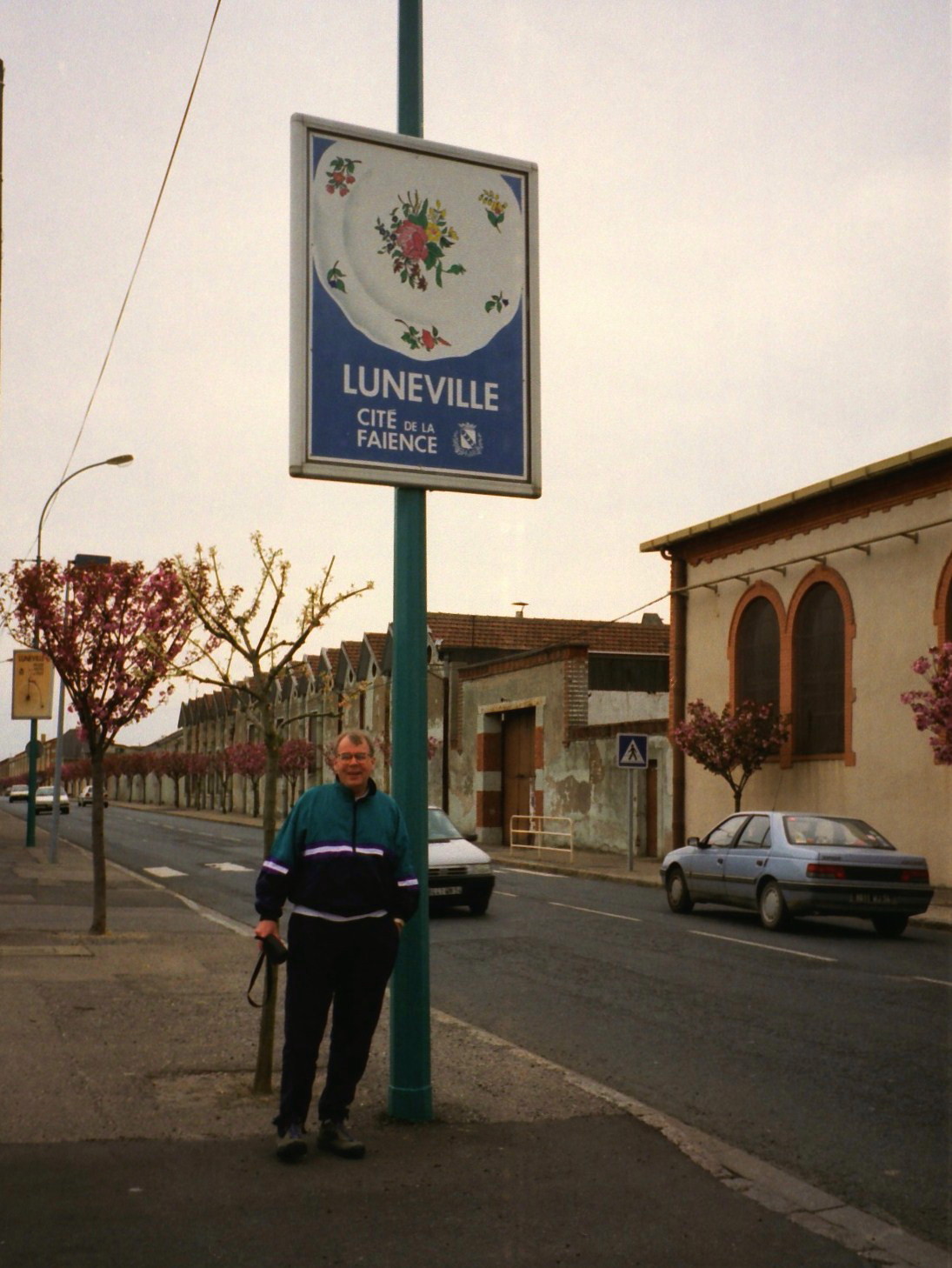 [Baccarat is a French commune in the district of Luneville in the Grand Est region of north-eastern France.   Louis VI authorized the creation of a glassworks in 1764 at the instigation of the Bishop of Metz who was anxious to sell the important local production of firewood.  A glassworks named Antoine Renaut responded to the authorisation.  The works became a crystal glassworks in 1817 and was sold to the Compagnie des Cristalleries in 1881 subsequently achieving worldwide fame under the name of Baccarat  (Wikipedia).]

[Shop till you drop.  I don’t recall whether anybody bought any crystal . . . ]

[And then it was on to Bruges (Dutch: Brugge; German: Brügge) is the capital and largest city of the provence of West Flanders in the Flemish Region of Belgium, in the northwest of the country, and the seventh largest city of the country by population.  The historic city centre is a prominent World Heritage Site of UNESCO.  The city’s total population is 117,073 (1 January 2008).  The metropolitan area, including the outer commuter zone, has a total of 255,844 inhabitants as of 1 January 2008 (Wikipedia).]

[Bruges has most of its medieval architecture intact, making it one of the best preserved medieval towns in Europe.  The historic centre of Bruges has been a UNESCO site since 2000.   Many of its medieval buildings are notable, including the Church of Our Lady, whose brick spire reaches 115.6 m (379.27 ft), making it the world’s second highest brick tower/building.  The sculpture ‘Madonna and Child’, which can be seen in the transept, is believed to be the only of Michelangelo’s sculptures to have left Italy within his lifetime. Bruges’ most famous landmark is its 13th-century belfry, housing a municipal carillon comprising 47 bells.  The city still employs a full-time carillonneur, who gives free concerts on a regular basis (Wikipedia).] 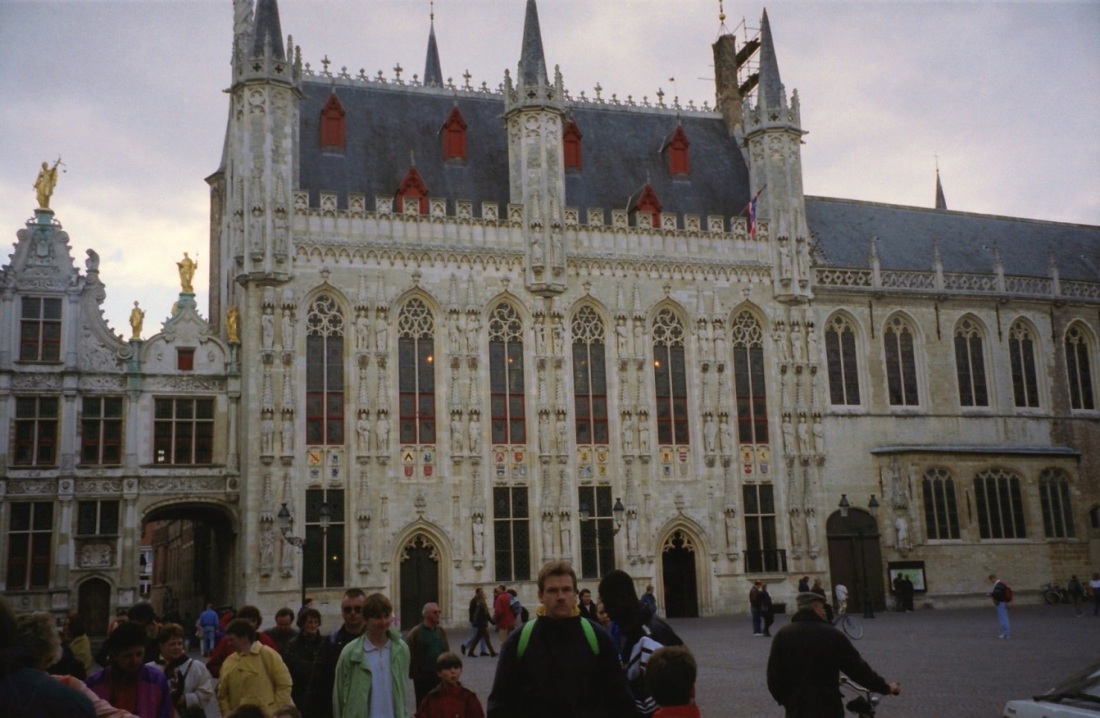 [Bruges became then, and remains now, one of our all-time favorite cities.  That’s the City Hall above, and a canal (obviously) below . . . ] 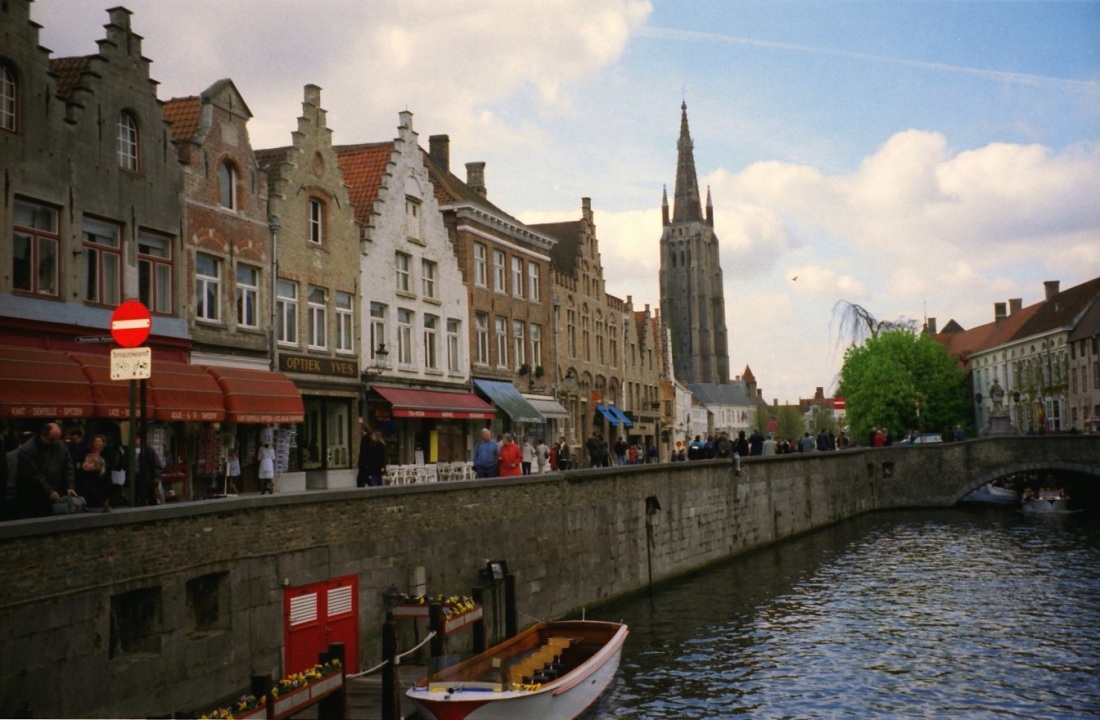 [The Belfry of Bruges (Dutch: Belfort van Brugge) is a medieval bell tower in the centre of Bruges.  One of the city’s most prominent symbols, the belfry formerly housed a treasury and the municipal archives, and served as an observation post for spotting fires and other dangers (Wikipedia).] 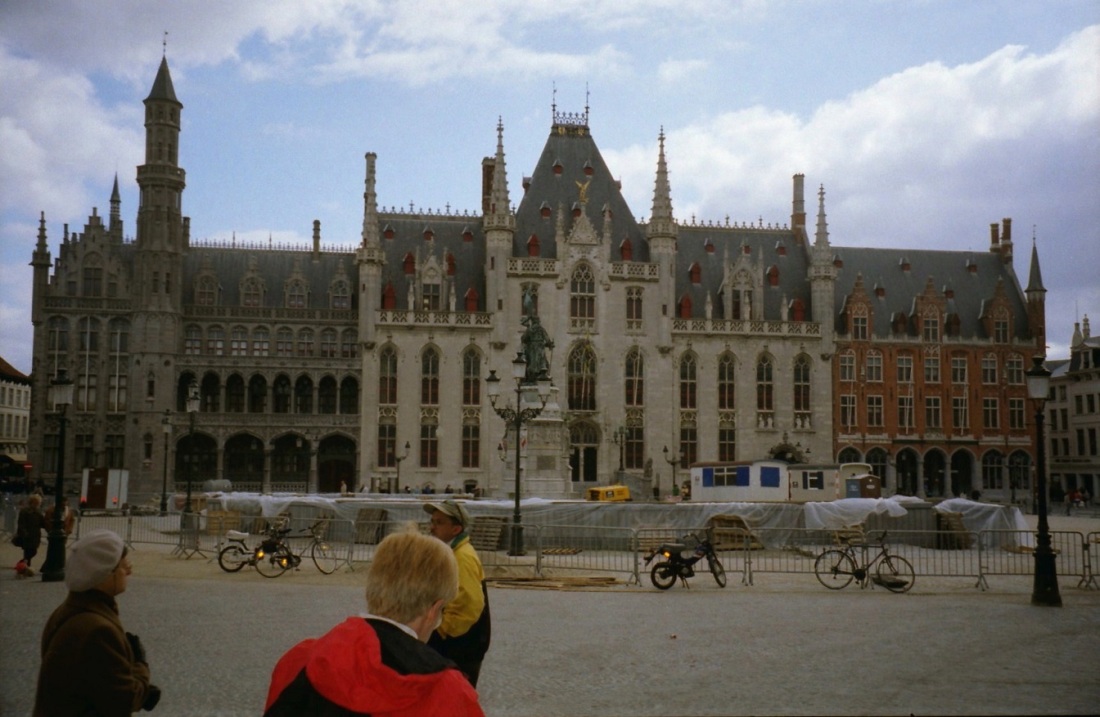 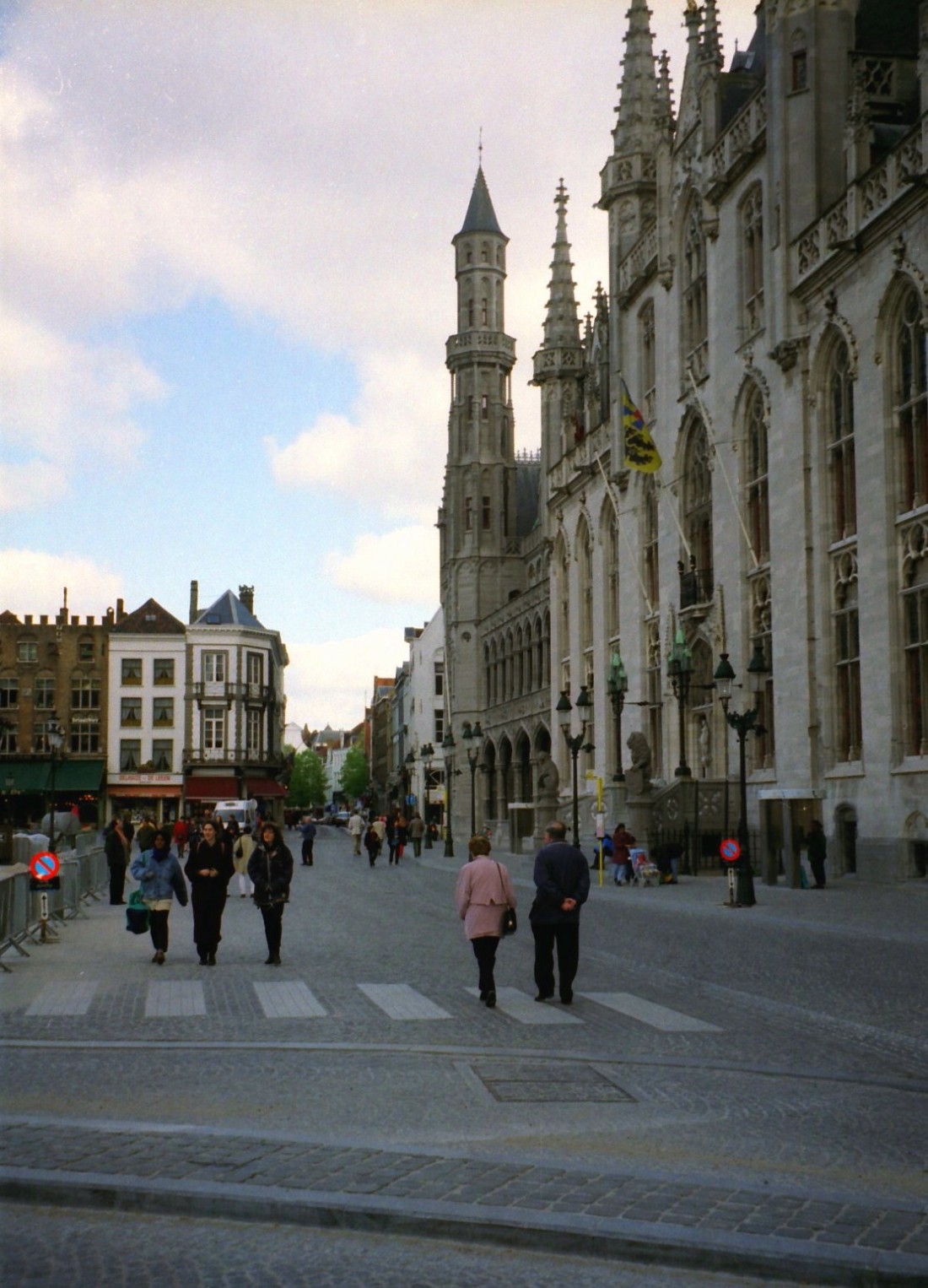 [I think these final four photos will wrap up Bruges . . . ] 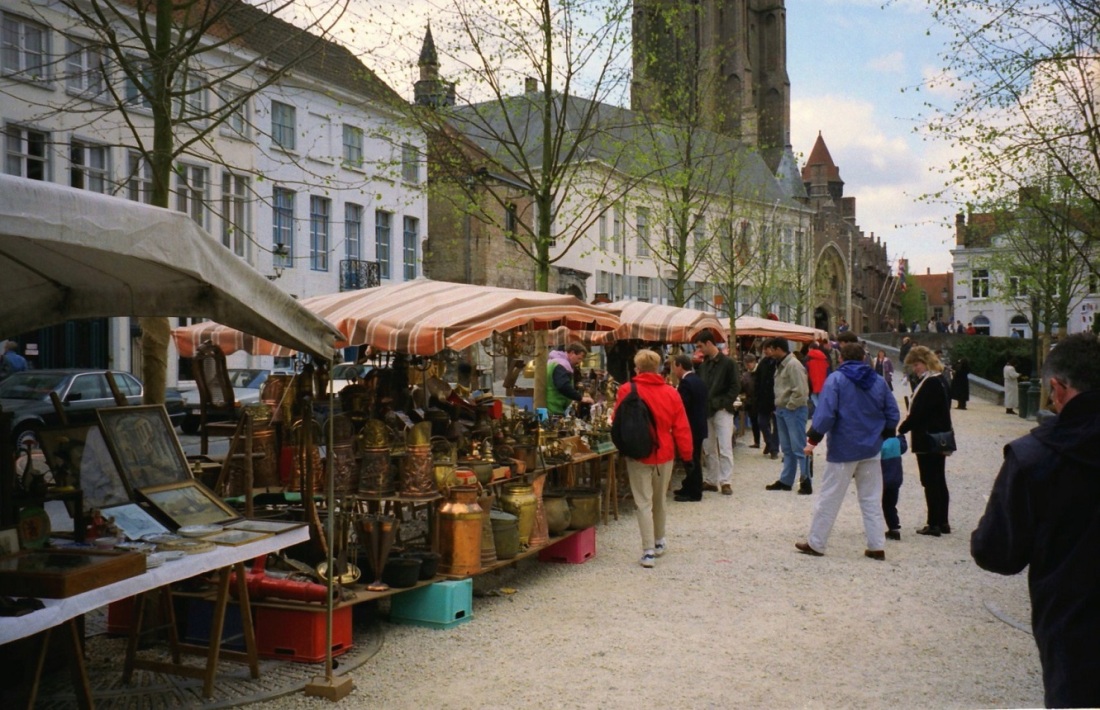 [BTW, In Bruges is a 2008 British-American black comedy crime film written and directed by Martin McDonagh (Wikipedia).  I would recommend except it has a lot of really naughty language (in English) – but the film does end with a marvelous travelogue of the city itself . . . ] 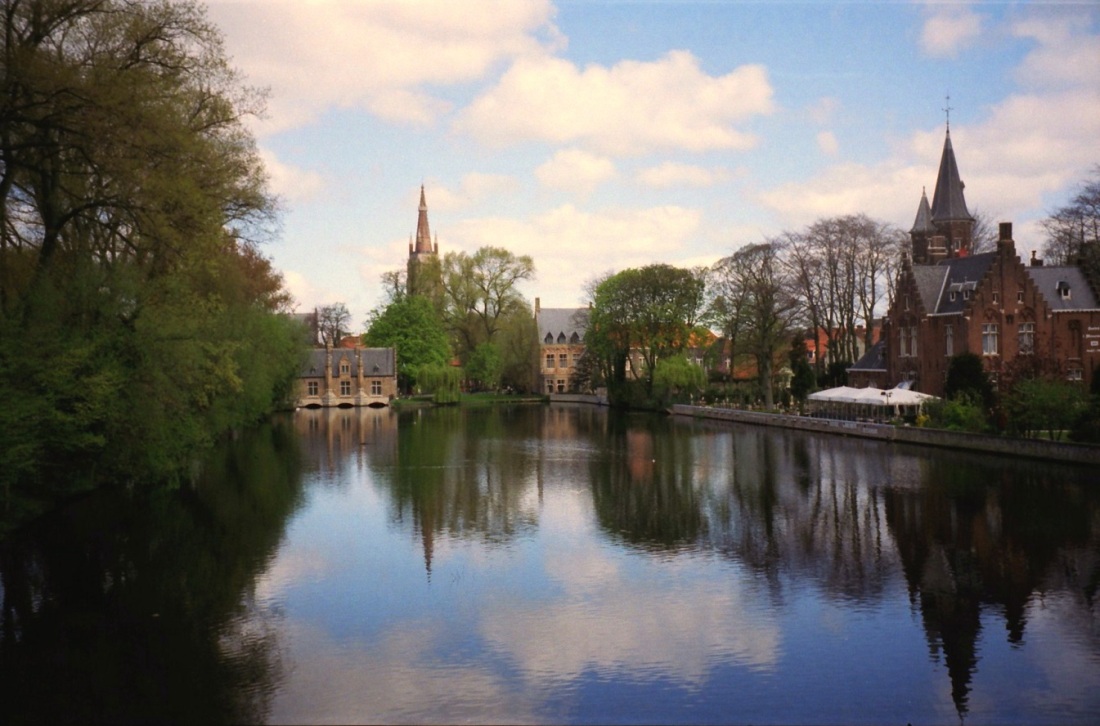 [An overly crowded pedestrian way, so we decided to head for Ghent (next) . . . ] 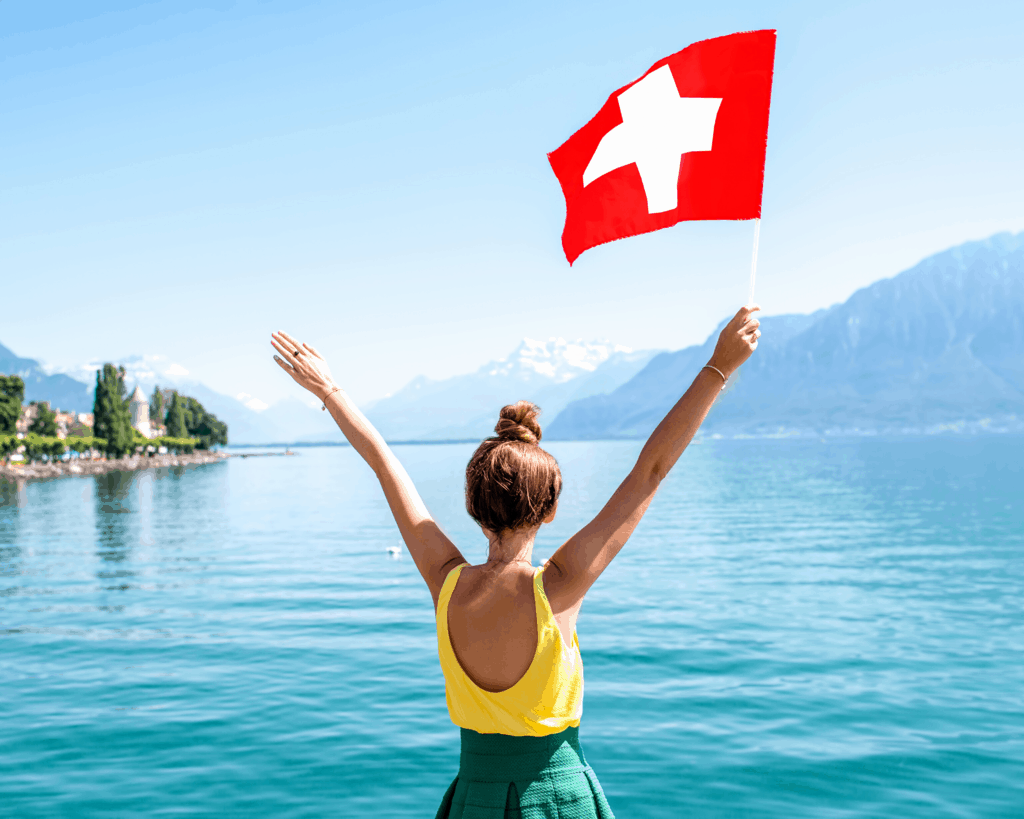 And even before the current president, from In Bruges (a reviewer’s favorite quotes):

Ken: Ray, we’ve only just got off the f***ing train. Could we reserve judgement on Bruges until we’ve seen the f***ing place?