OK, it’s a wrap!  These are mostly the photos that found me on the business end of the camera.  Well, there’s no accounting for taste . . .

I get pretty much all the exercise I need walking down airport concourses carrying bags.  ~  Guy Clark

[As you may recall from just the previous post, the background is Smedenpoort, the historical gateway to Bruges . . . ]

[These photos, as with those throughout the travelogue, don’t appear to be in any particular order.  Here with Roy-san and the Ghent Belfry . . . ]

[T Zand Square Fountain in Bruges, with a lovely display of PDA in the background . . . ] 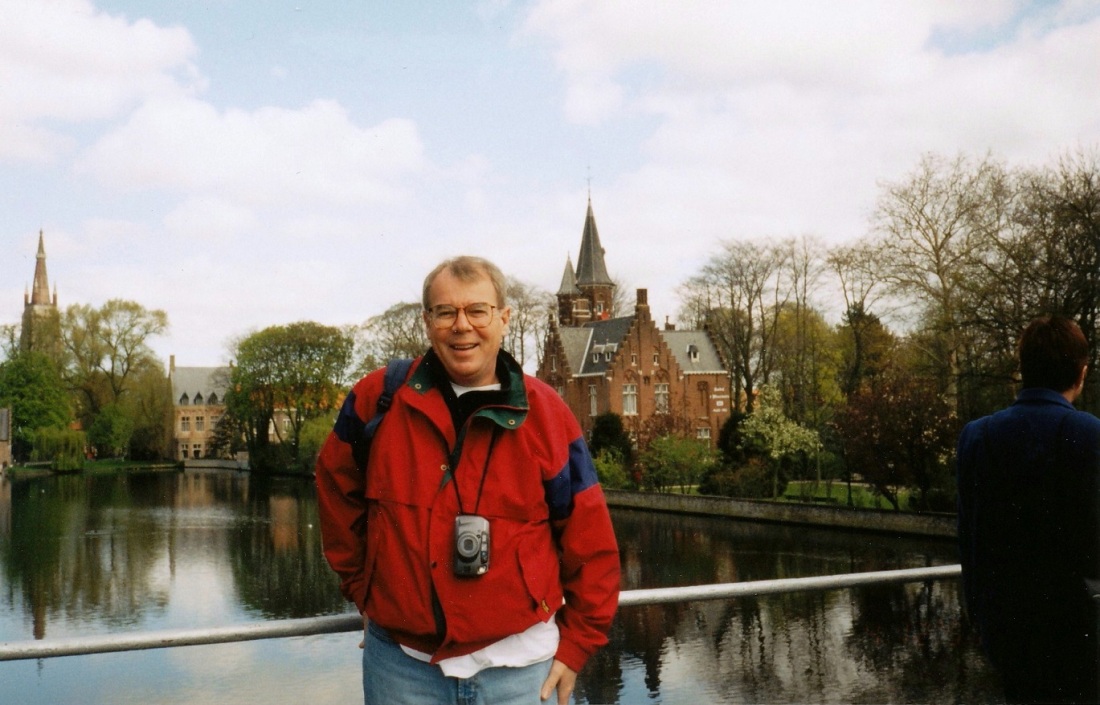 [In Bruges, Guido Pieter Theodorus Josephus Gezelle (1 May 1830 – 27 November 1899) was an influential writer and poet and a Roman Catholic priest.  He is famous for the use of the West Flemish dialect (Wikipedia).] 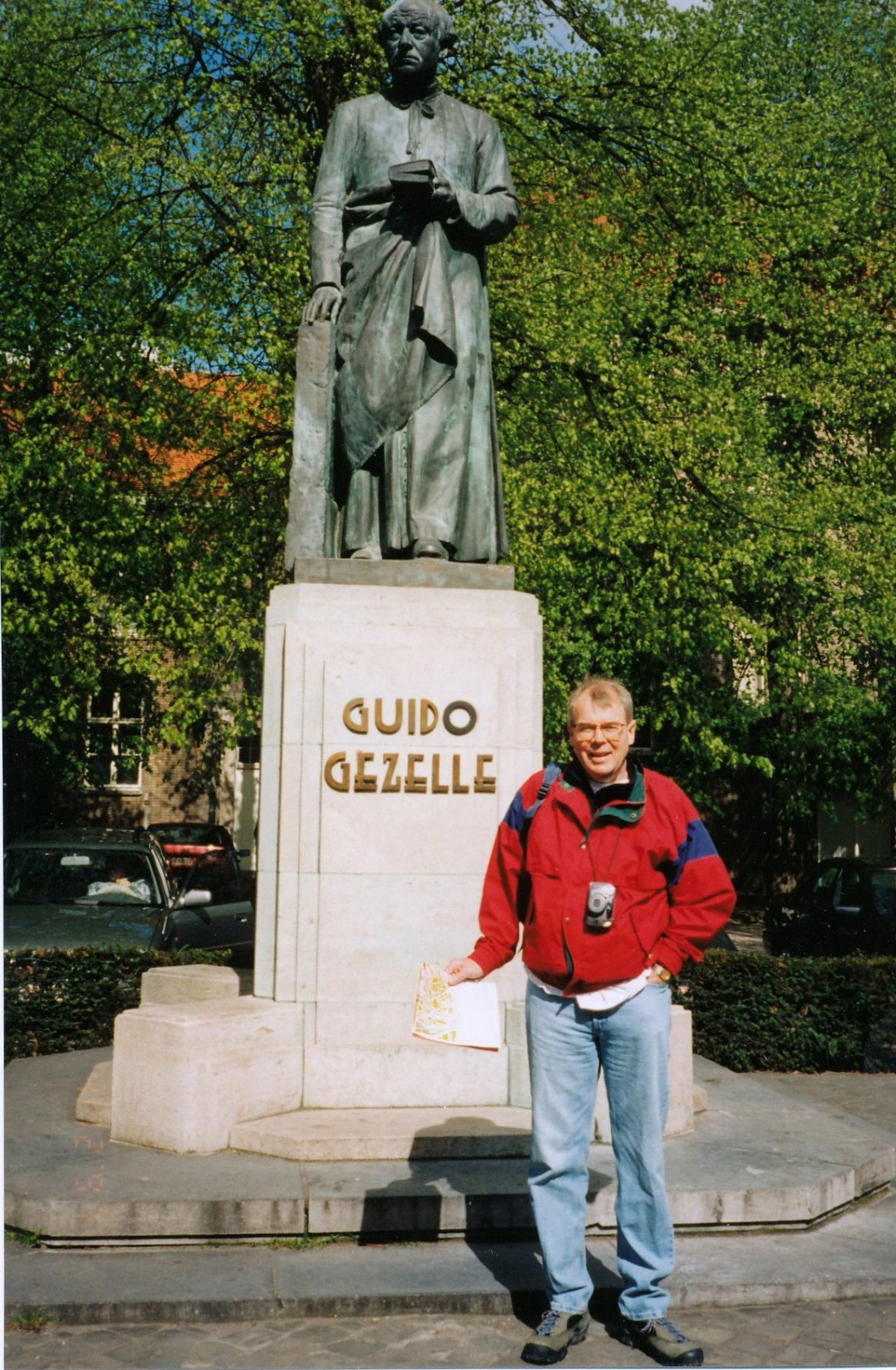 [In Bruges, Simon Stevin (1548–1620), sometimes called Stevinus, was a Flemish mathematician, physicist, and military engineer. He made various contributions in many areas of science and engineering, both theoretical and practical (Wikipedia).] 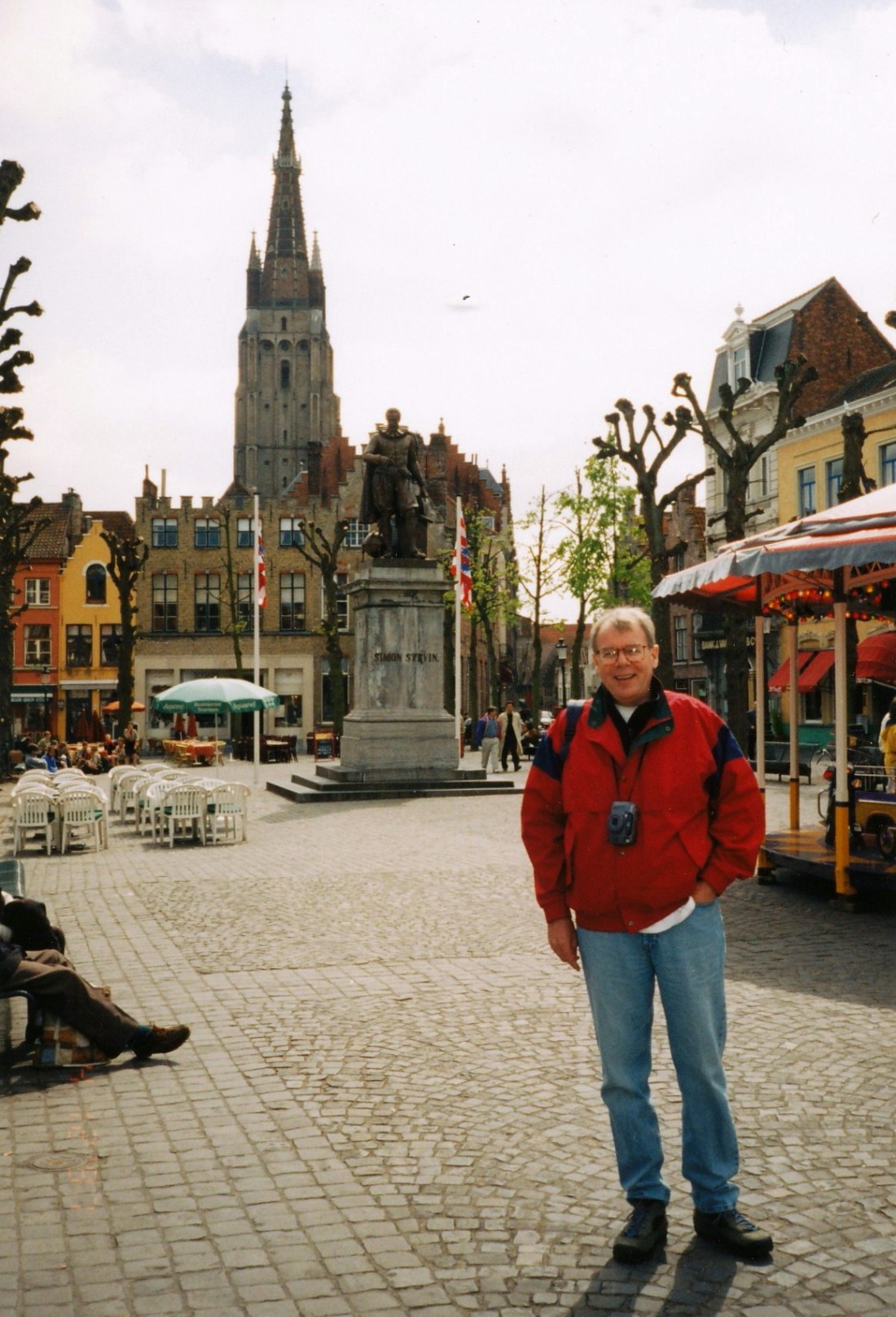 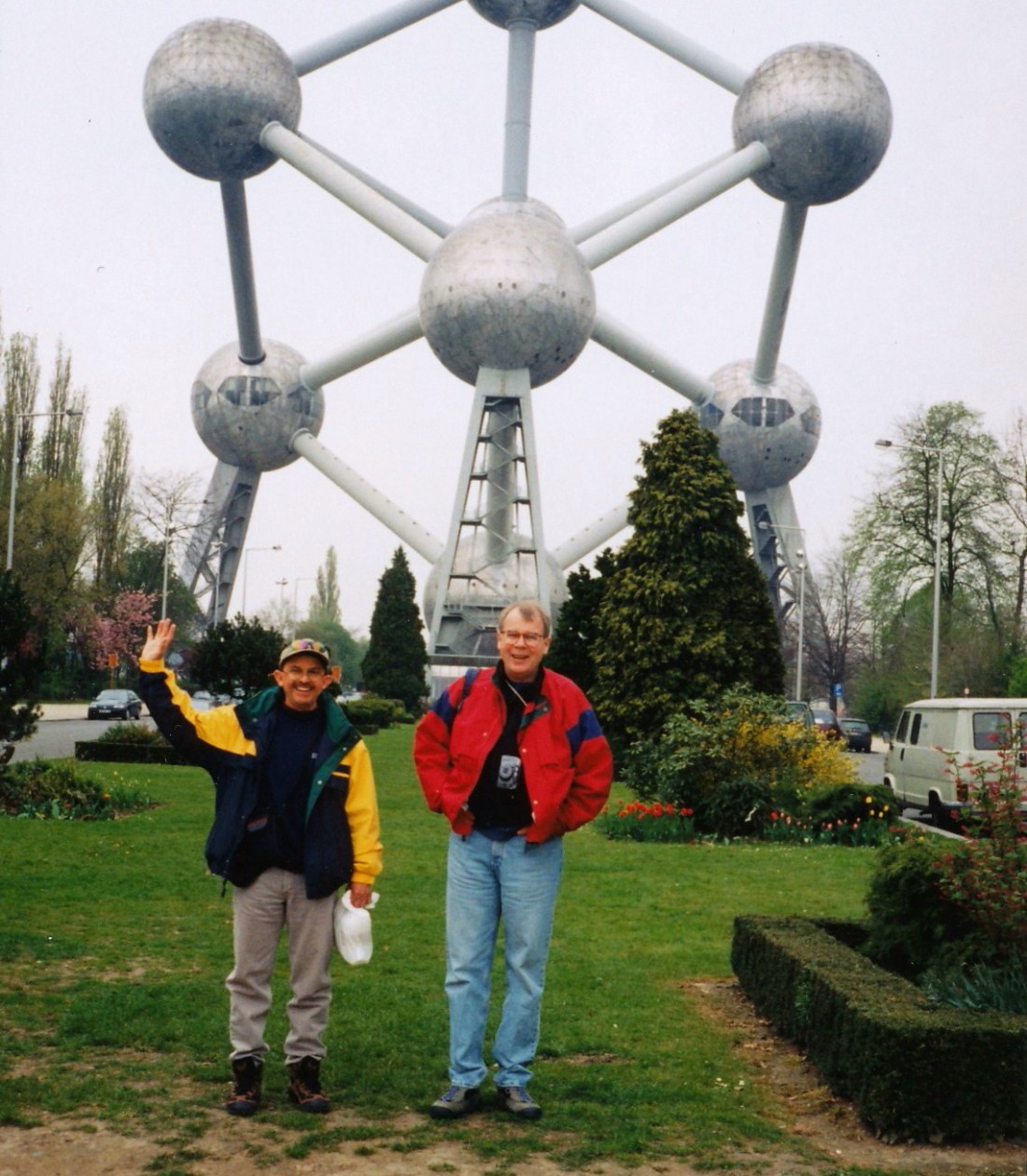 [The occasionally-popular me in an airport (methinks Brussels) . . . ] 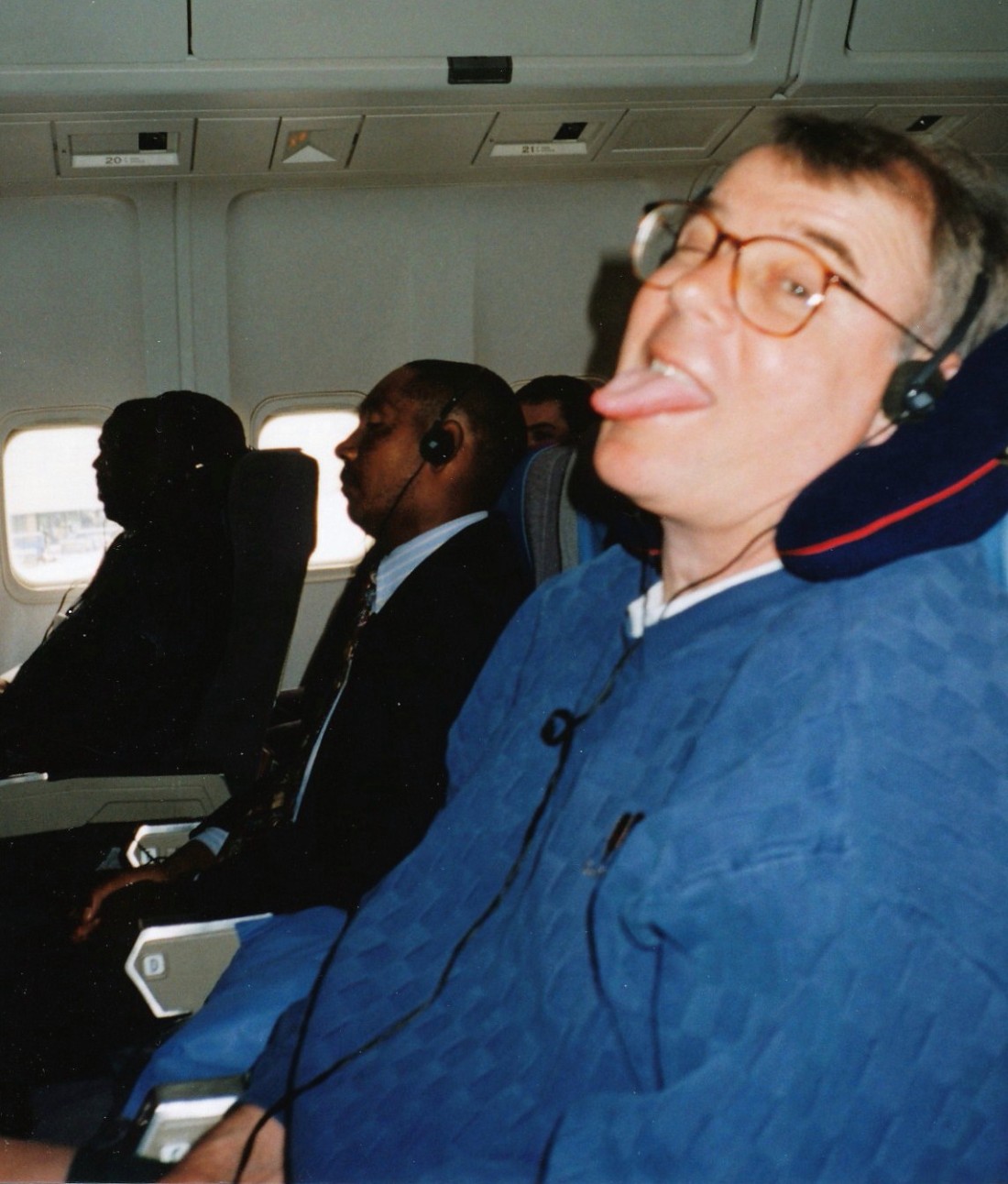 [We dined under the tutelage of our hostess, the divine Madame Jeannette.  She was a hoot.  This may have been the day Carine arrived (thus, in Chatel), or it may have been in La Chapelle-d’Abondance.  The same may be said of the following photo . . . 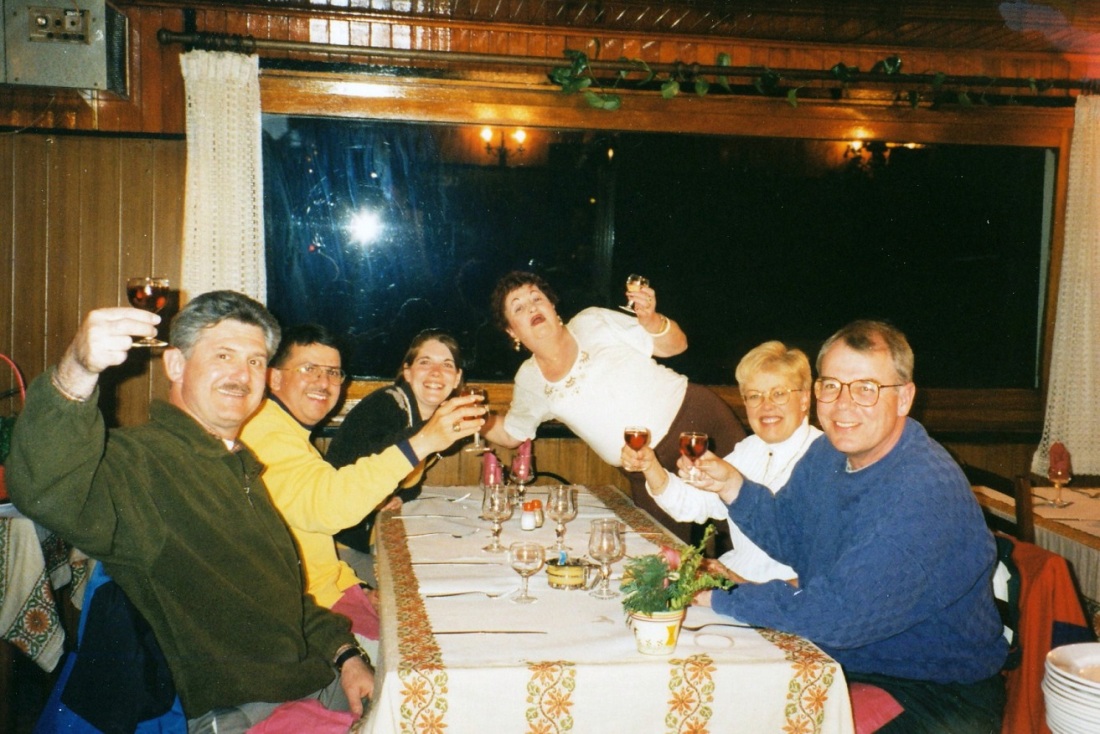 [But I suspect that it was with Madame Jeannette that we experienced the marvel of a raclette dinner.  A raclette dinner party is a twist on fondue that can be a crowd-pleaser for birthdays, holidays, showers, and many other special occasions.  Raclette is a type of cheese from Switzerland that is prepared with vegetables on a special grill  (thespruce.com).] 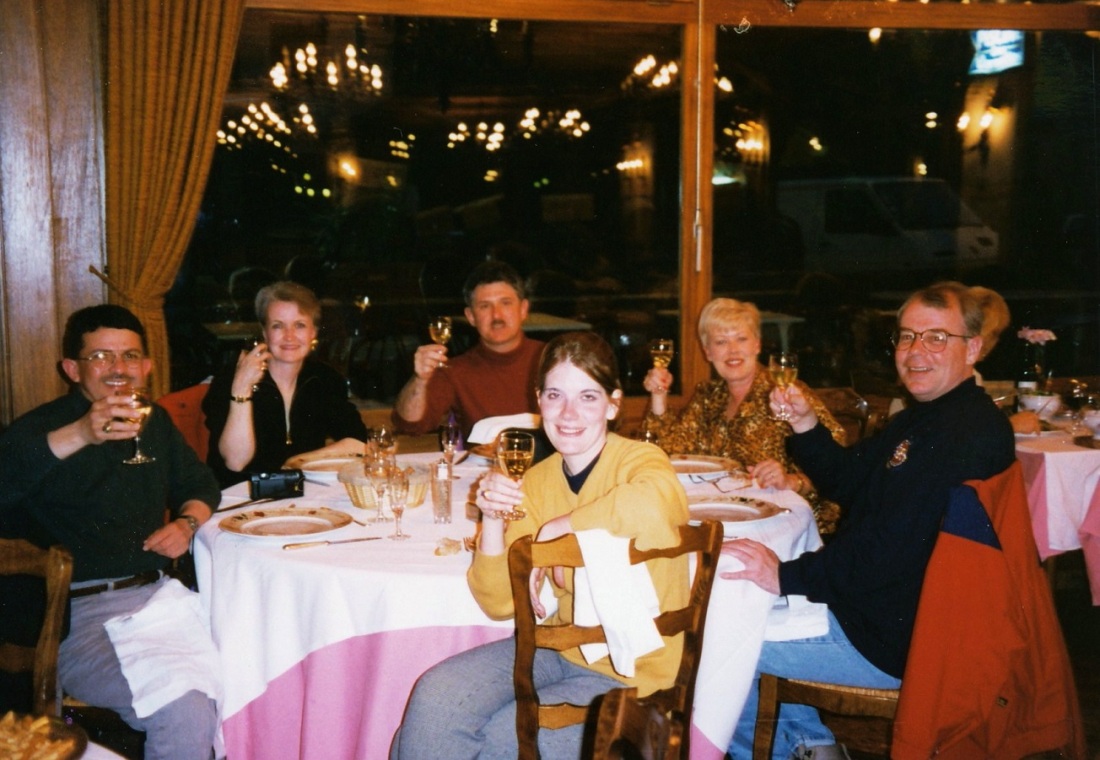 [Walter and Roy-san demonstrate that Dave Barry was right – skiing is a fine way to introduce your face to a tree . . . ] 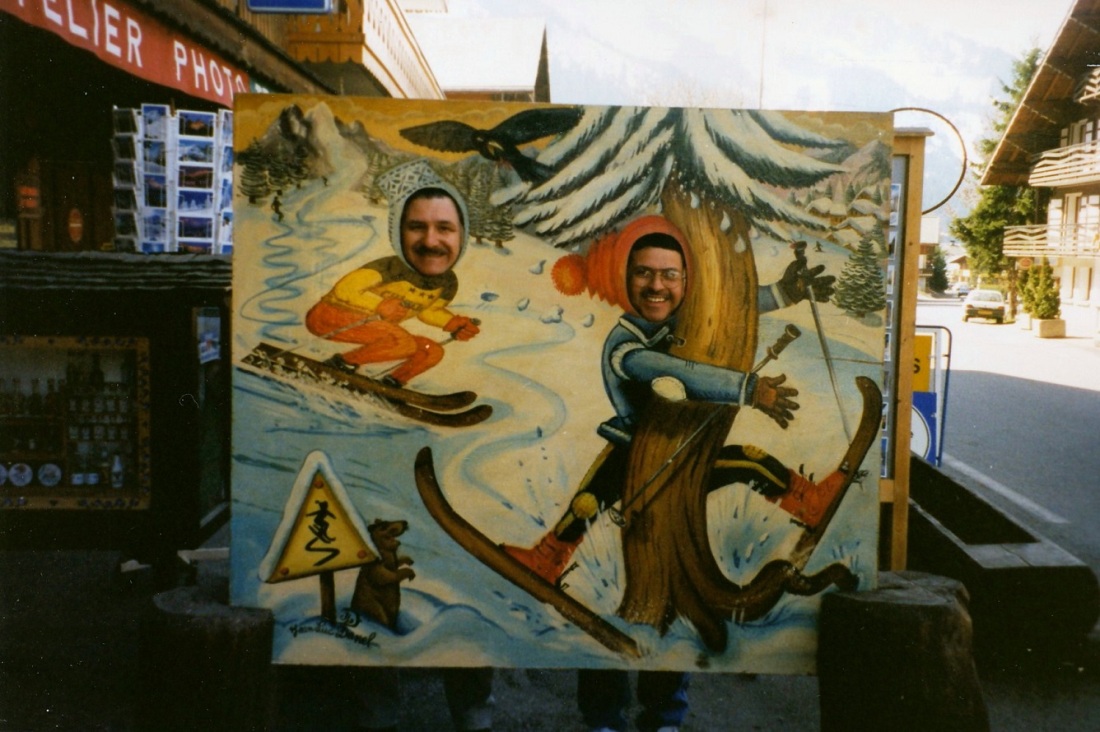 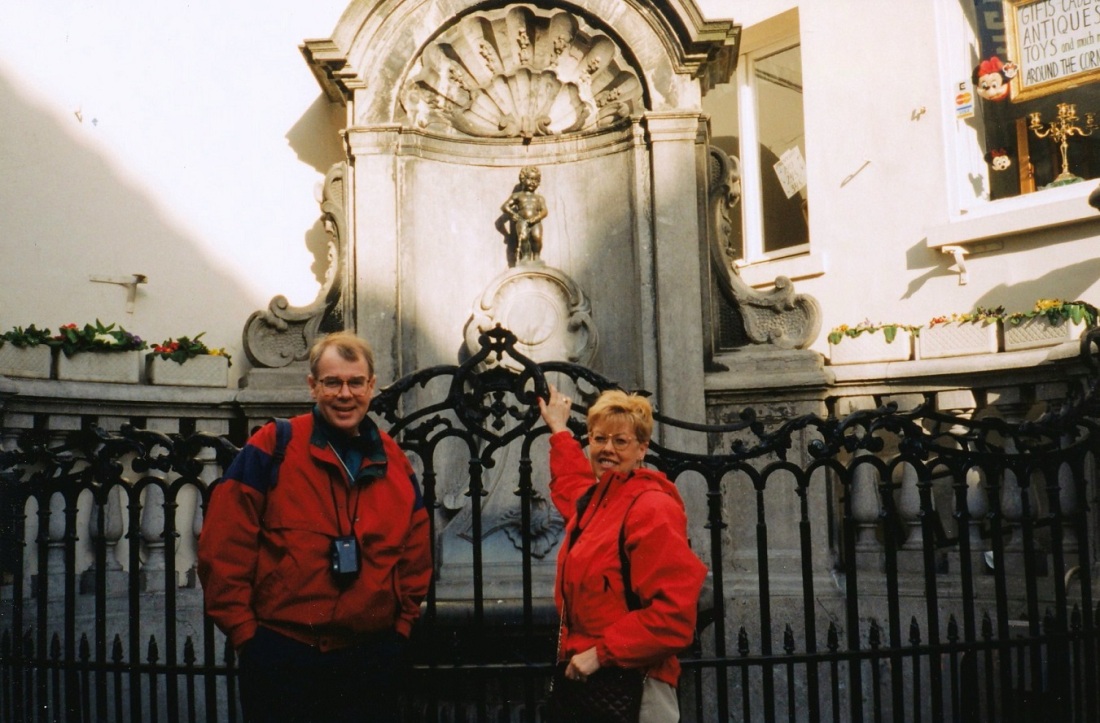 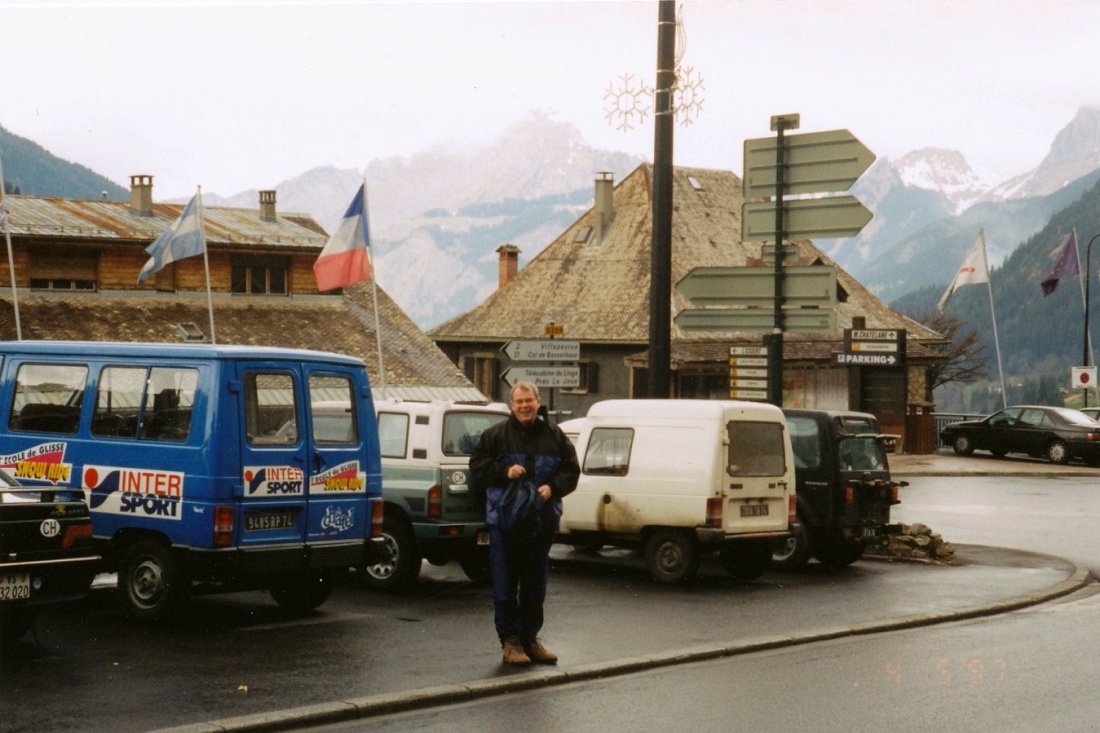 [Parc des Bastions is a lush park below the Old Town is situated in the heart of the city.  It is here that Geneva created its first botanical garden.  In and around the Parc des Bastions you will find the world-renowned Reformation Wall.  On its side, a giant checkers game and chessboard attract players and spectators alike (geneve.com).]

[Jean-Jacques Rousseau (28 June 1712 – 2 July 1778) was a Genevan philosopher, writer and composer.  His political philosophy influenced the progress of the Enlightenment throughout Europe, as well as aspects of the French Revolution and the development of modern political, economic and educational thought.  His ‘Discourse on Inequality’ and ‘The Social Contract’ are cornerstones in modern political and social thought (Wikipedia).].

This city of wealth by stealth.  ~  Robert Morley

I should like the window to open onto Lake of Geneva, and there I’d sit and read all day like the picture of somebody reading.  ~  John Keats 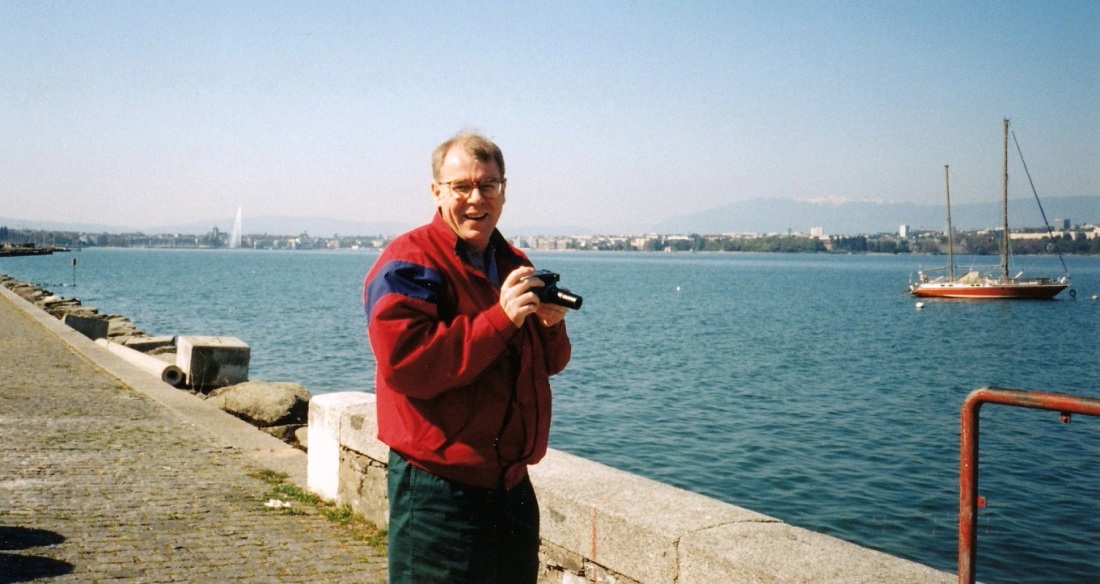 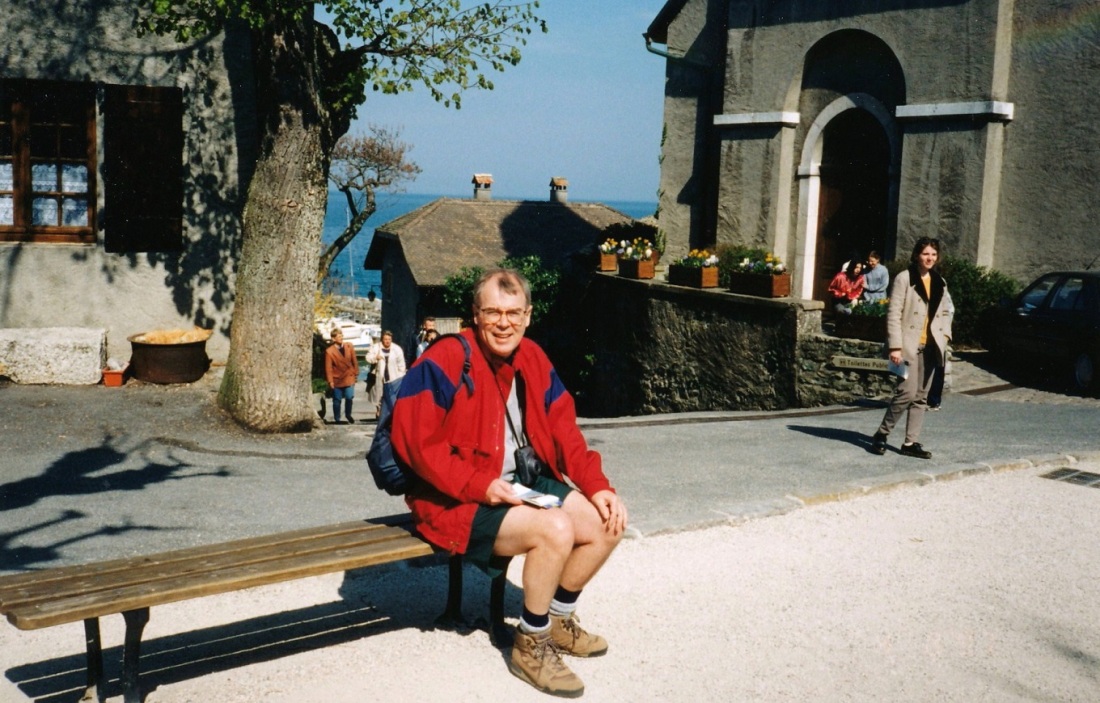 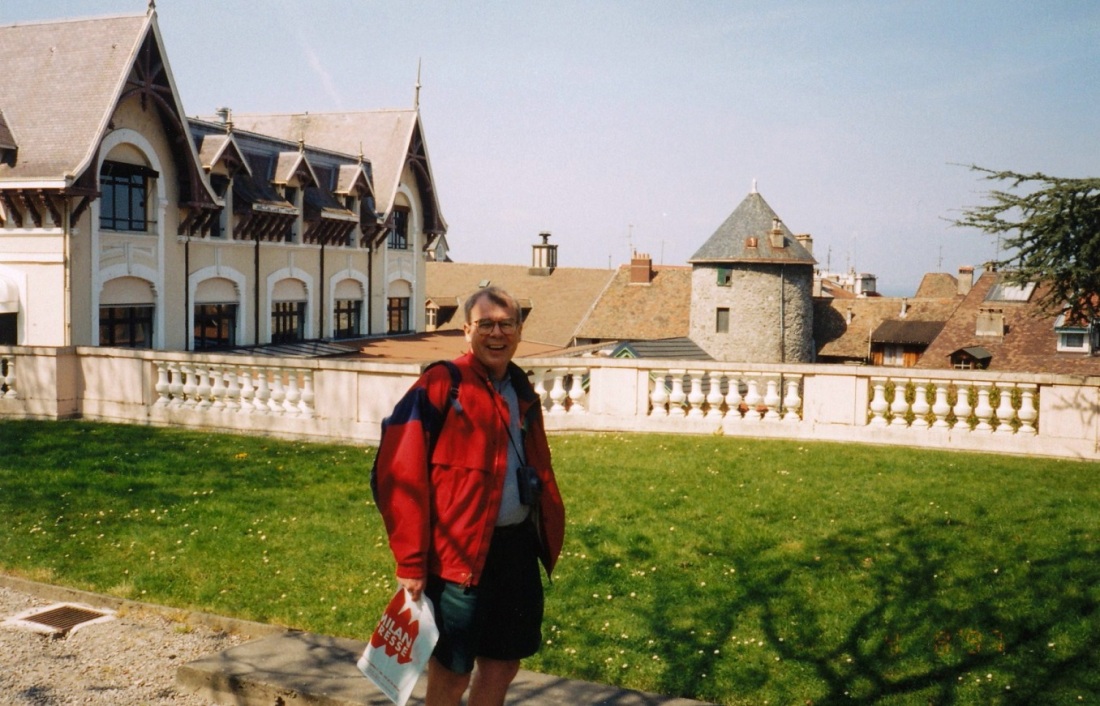 [The snow covered mountains of the Jungfrau . . . ] 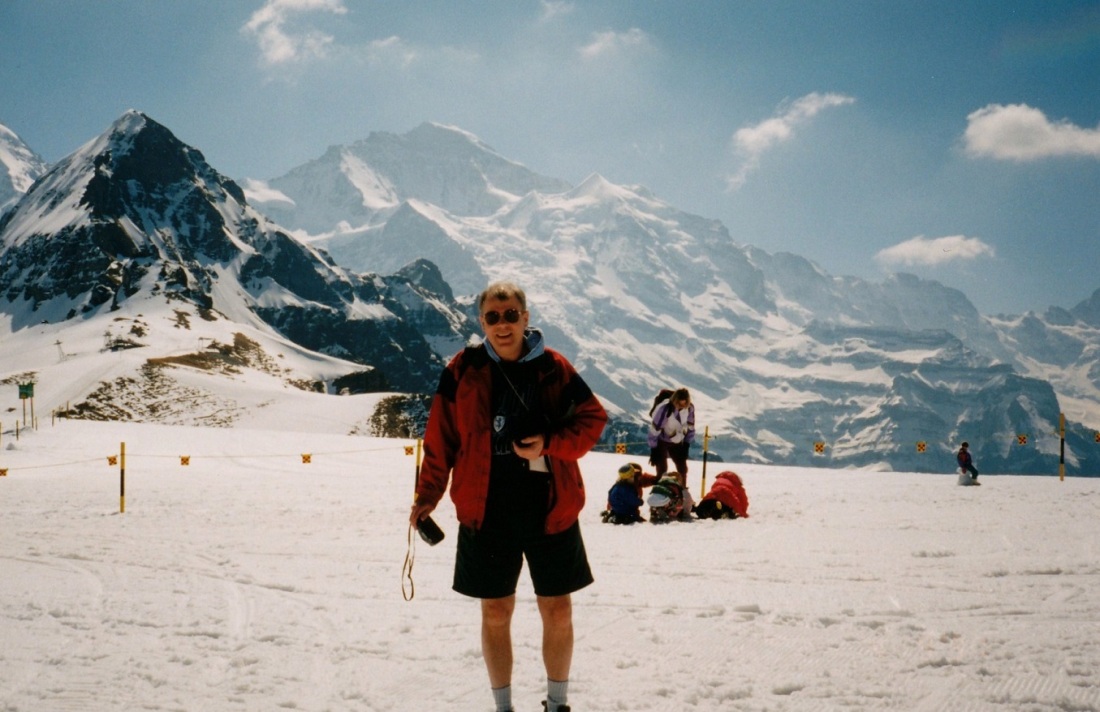 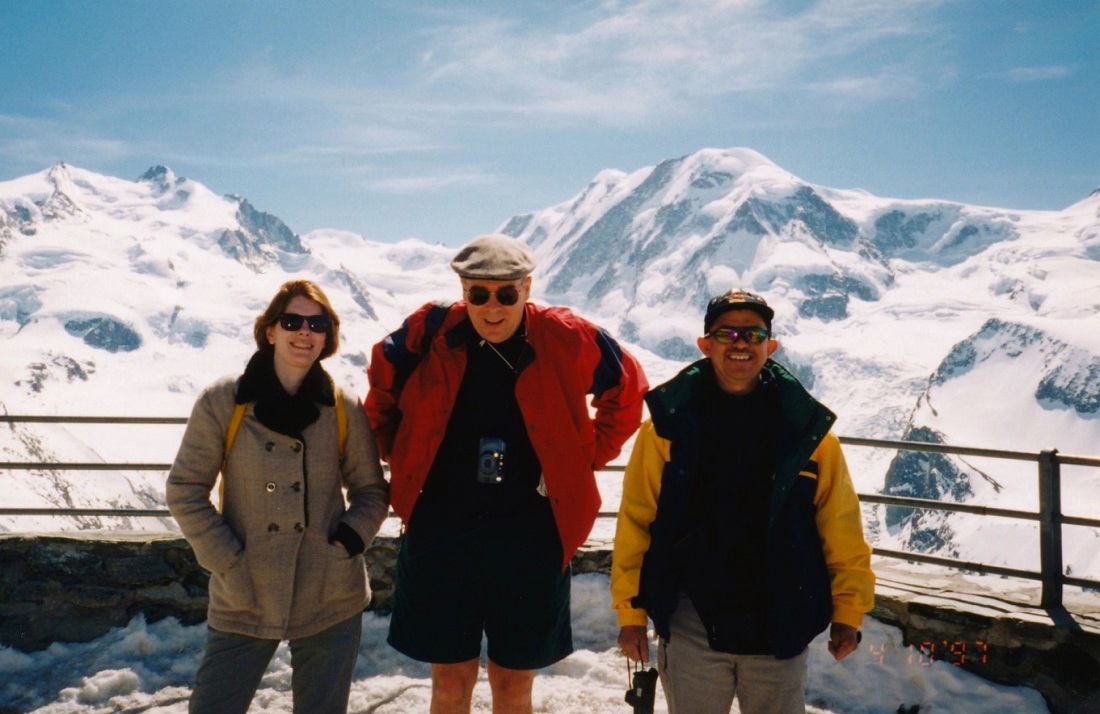 [In one of the previous “parts” I noted I’d get back to this.  So, here we are.   As you will note in the next visual, Obert still life plates originated here around 1900.  The Super and I have 10 of them; other family members have some as well.  We have found them in various states, from garage sales to antique shops, and have paid anywhere from $.25 to $25 for them.  Let me know if you run across any . . . ] 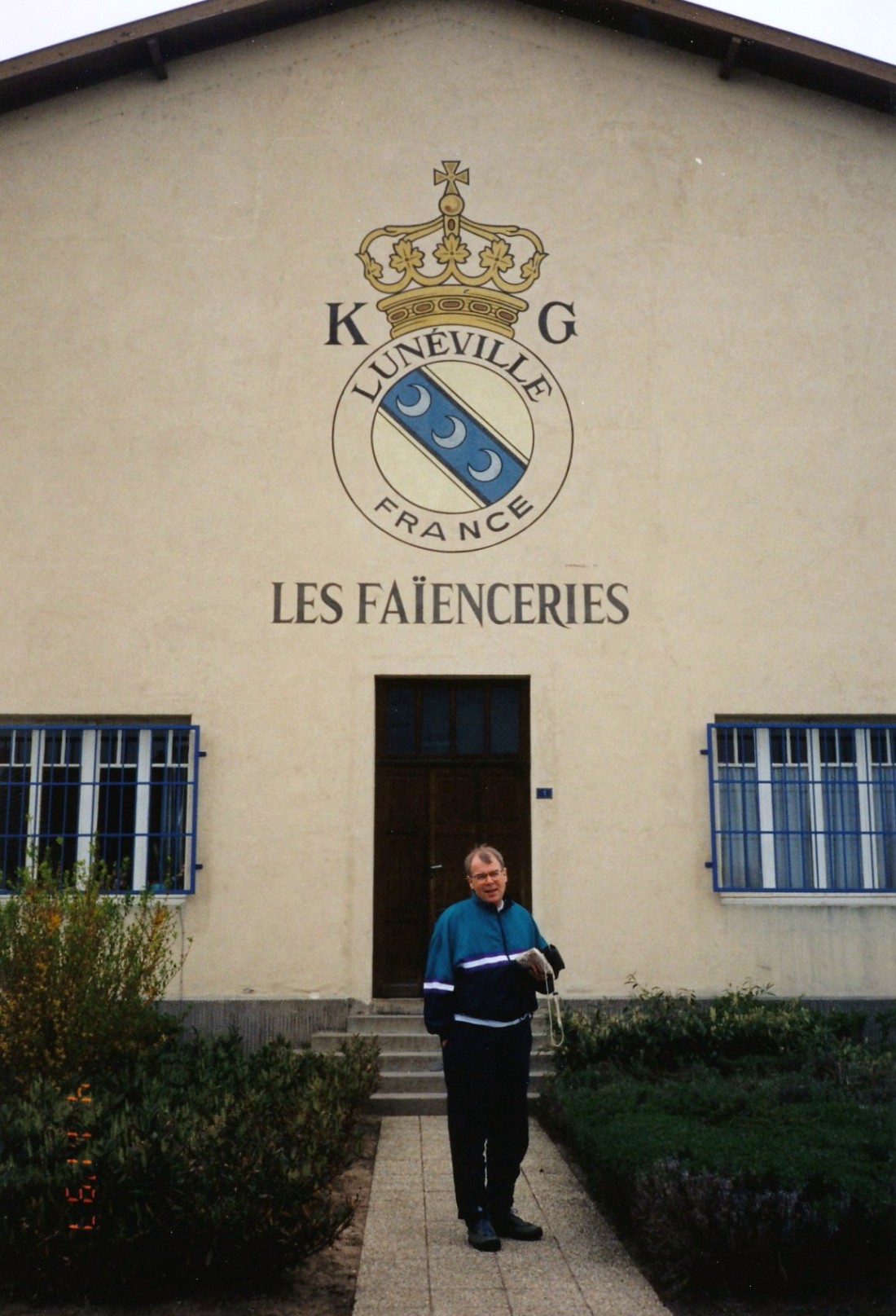 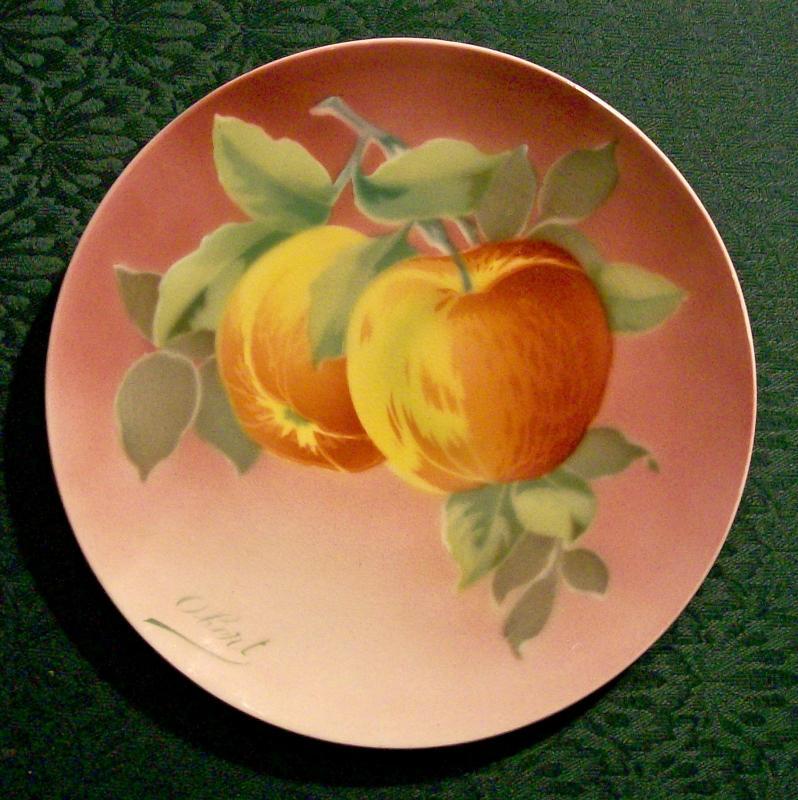 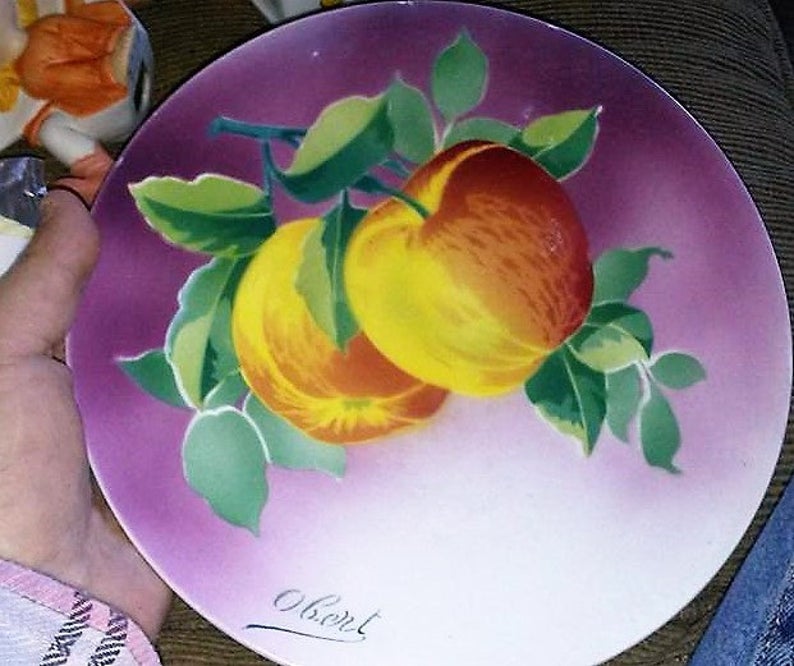 [So by pure coincidence, Luneville happened to be on our route back to Brussels.  It’s a small town, so we easily found K&G.  I wanted to find out who Obert was, if perchance we were related.  But alas, my French is tres weak and nobody in the place spoke English.  When I got home I tried to contact the company on-line, but any request for information required a down payment of an excessive amount of euros.  C’est la vie . . . ]

[The say au revoir photo.  Not to worry though – I’m sure I can find other trips from the previous century . . . ]

You got to be careful if you don’t know where you’re going, because you might not get there.  ~  Yogi Berra